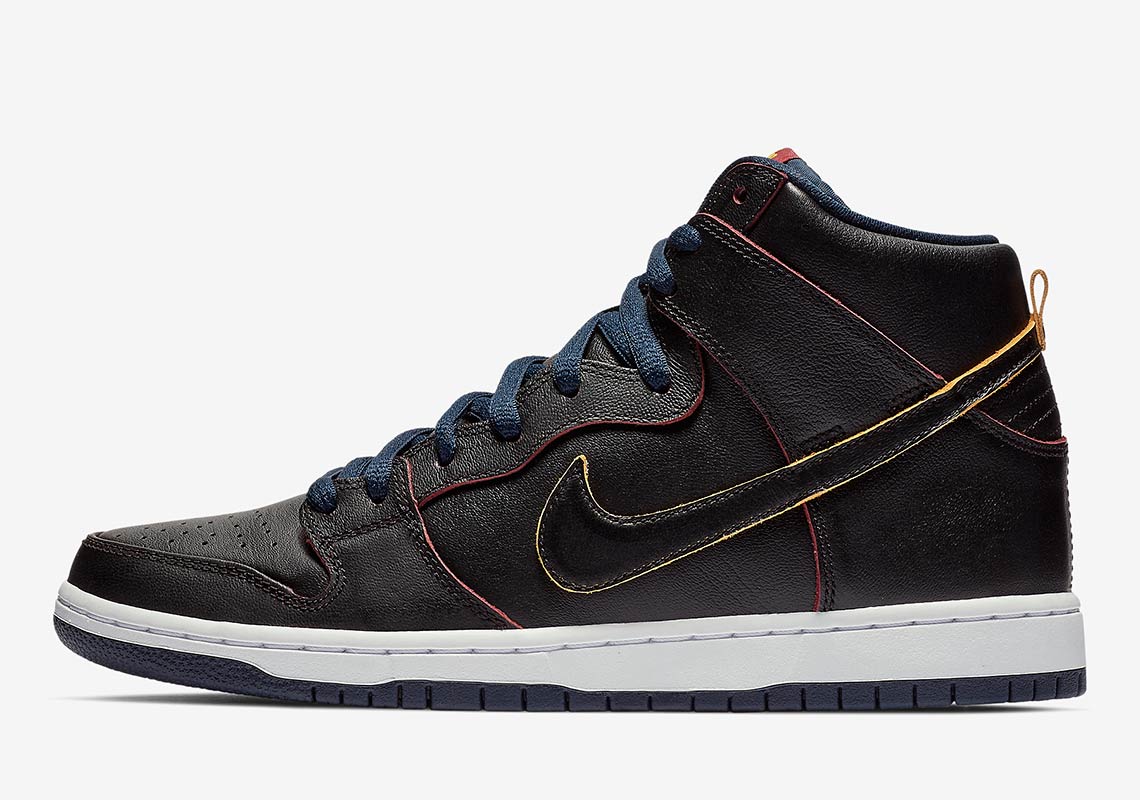 Following up their collaborative capsule from back in September before the season began, the NBA and Nike SB are teaming up once again to reveal a set of Dunks inspired by specific NBA franchises. Kickstarting this co-created collection will be a Dunk High that comes inspired by the former home of LeBron James, the Cleveland Cavaliers. Out of the box, these Dunks come dressed in stately black with piping that equips the signature golden yellow, crimson red, and approaching-navy blue of the Cavs. But, much like the Lance Mountain Jordan 1s, and the upcoming Chinese New Year Jordan 12s, there is a hidden layer beneath that black coating of paint that reveals a much more “The Land”-appropriate shade of red with a contrasting yellow midfoot Swoosh. While this iteration comes devoid of any obvious NBA or Cavalier branding, it is quite clear where it gets its colors from. With more team-specific Dunks expected to appear in the near future, grab a first look at this offering here, and expect a release January 21st. Pairs are also available on eBay now if you don’t want to wait. 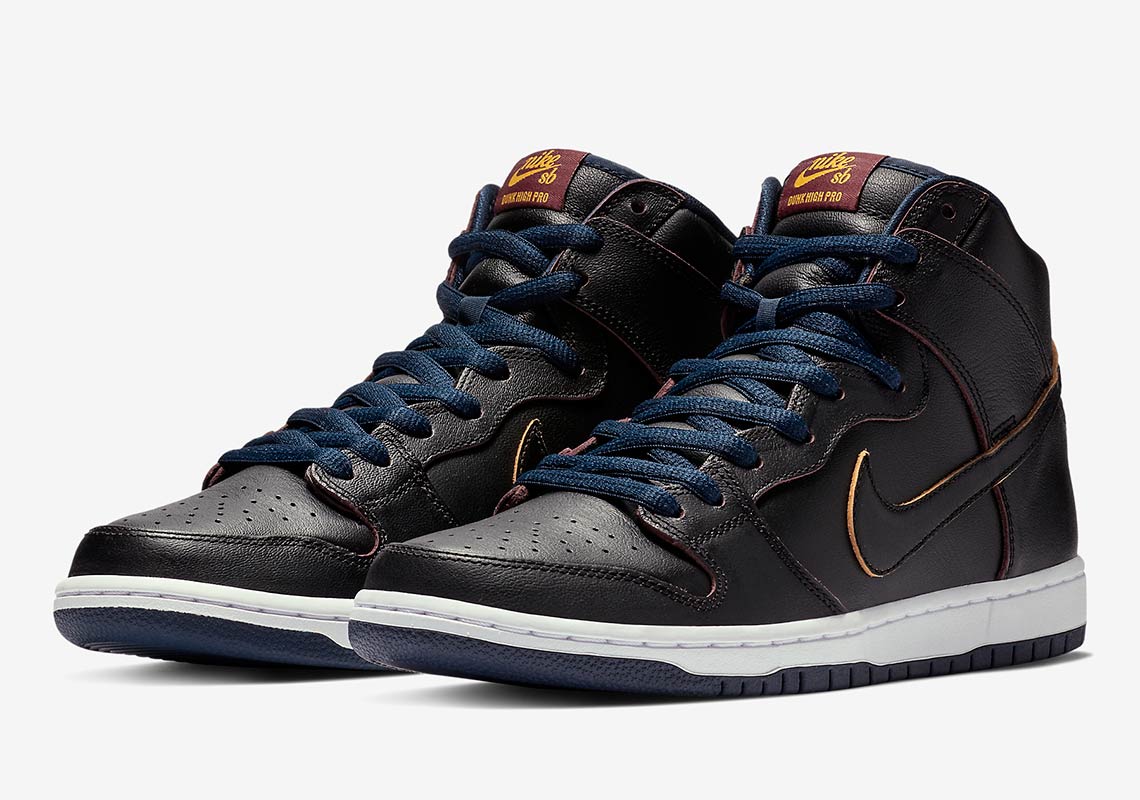 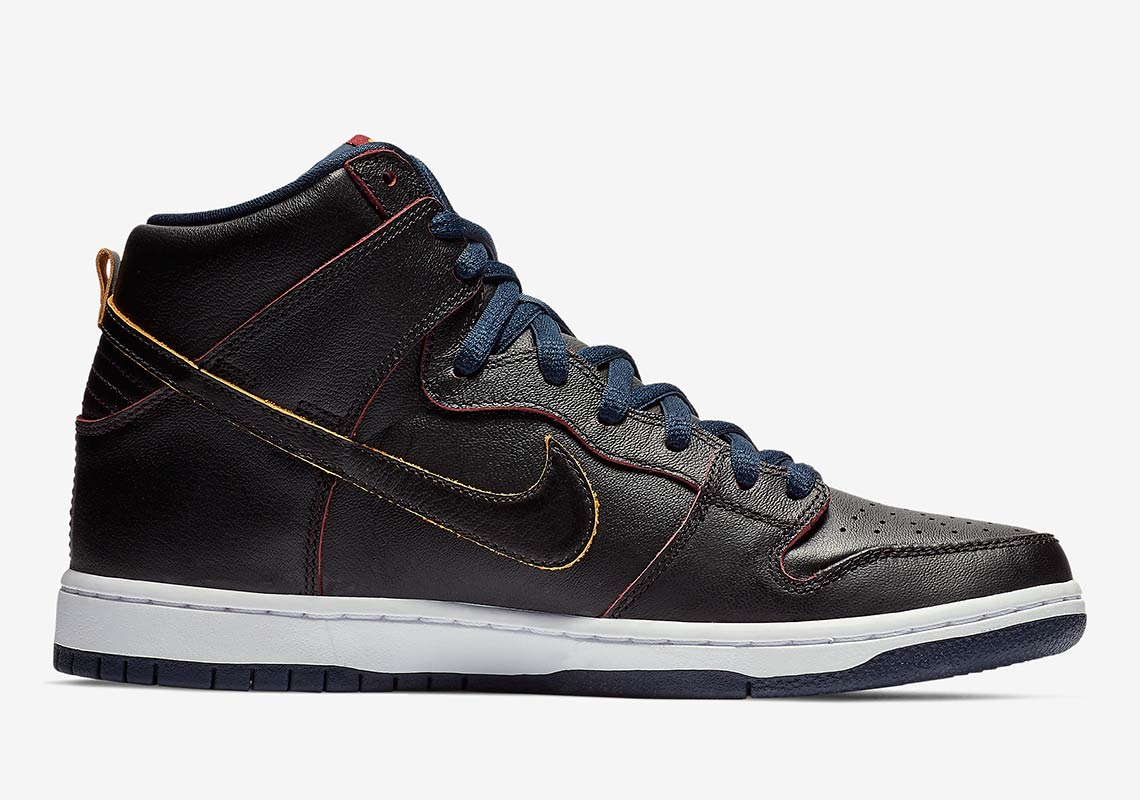 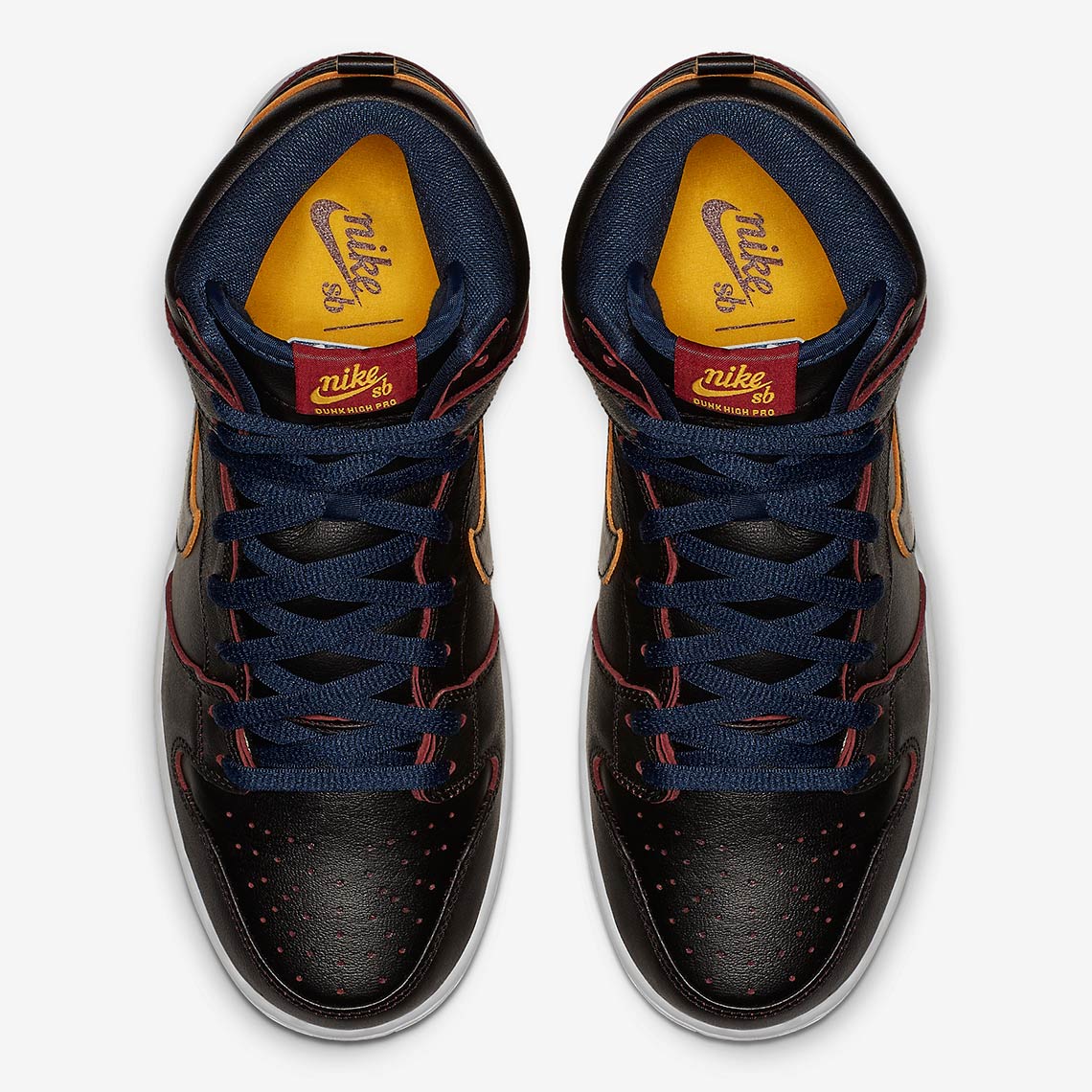 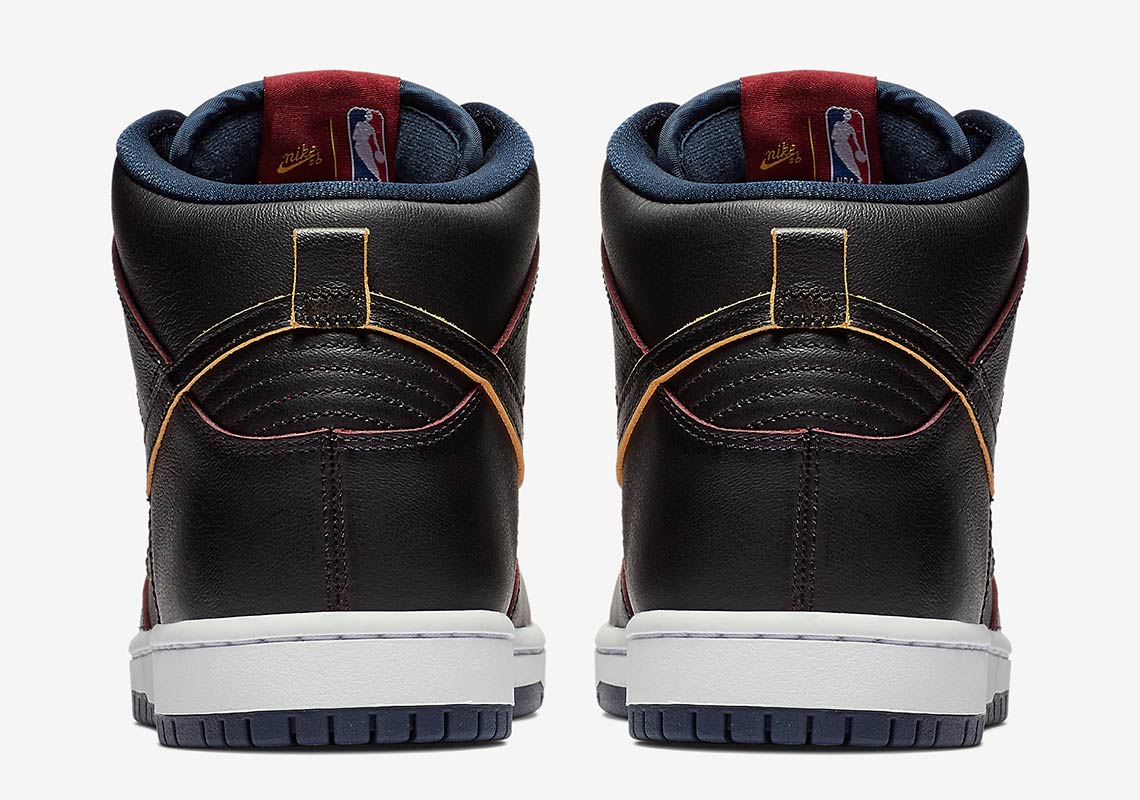 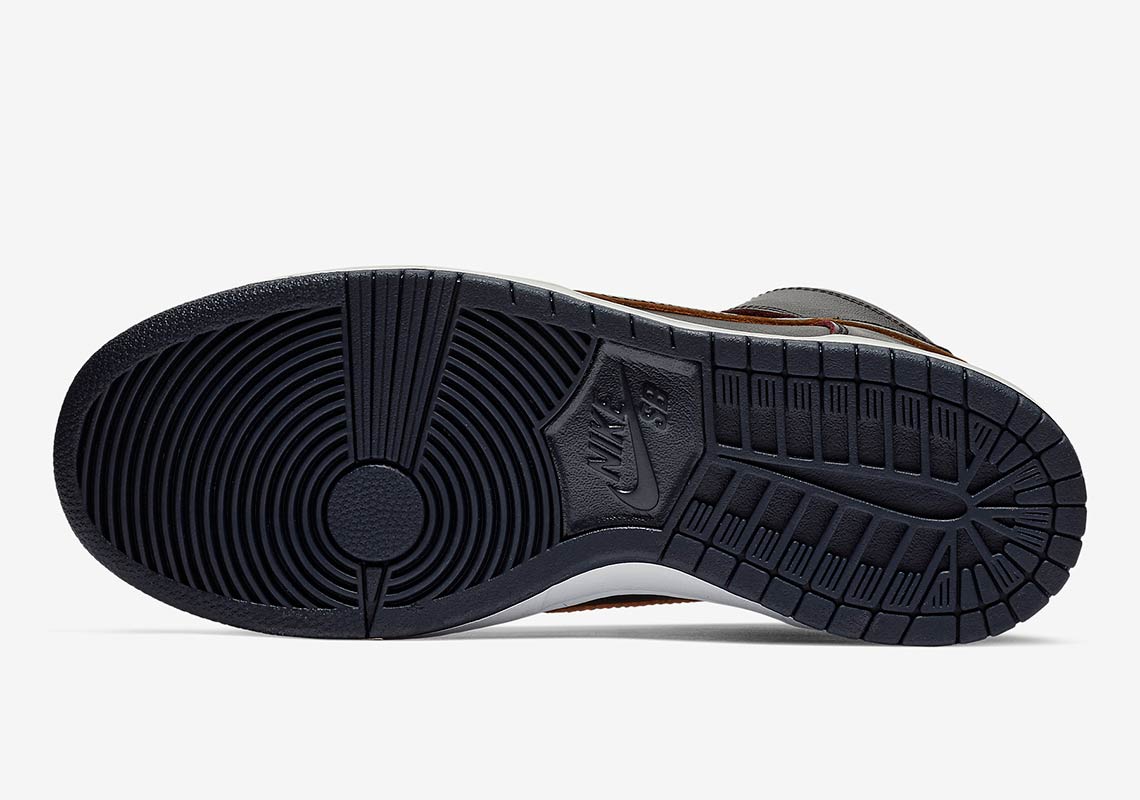