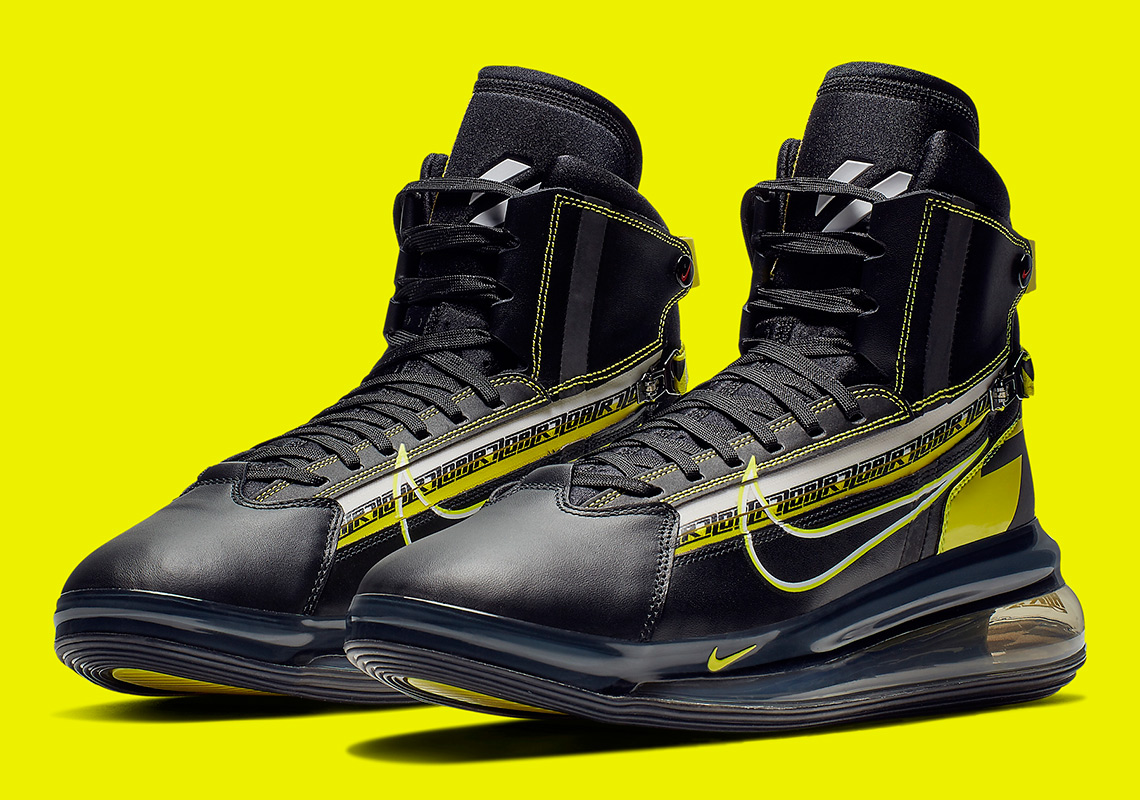 Nike To Debut The Air Max 720 Saturn For All-Star

Even before its official retail debut, Nike’s Air Max 720 creation is already proving itself to be an influential Beaverton design, providing the sole unit for the previously featured Air More Uptempo 720 as well as the brand new silhouette you see pictured here. Debuting in conjunction with NBA’s All-Star Weekend festivities and drawing inspiration from Charlotte’s adoration of NASCAR and racing culture, the Nike Air Max 720 Saturn is something of a cross between a racing boot and a high-top lifestyle-ready sneaker.

Dynamic Yellow, University Red, and Black will help unveil this new model that boasts the 360-degree sole unit of the Air Max 720, both a zip-up enclosure and a conventional lacing system, and caution tape-inspired decals on its heel and rear buckle clasp. Other noteworthy embellishments include a new-look “Air 720” logo on its Air unit and midfoot, a leather toebox, and some of its categorical information – PSI reading included – on its back. Clearly not intended to entice the conventional sneaker consumer, the Saturn furthers the Swoosh’s recent propensity for risk-taking models like we have seen with its daring ISPA initiative. Sneak a peak at a first look at the boisterous Nike Air Max 720 Saturn AS QS below and expect its arrival at select retailers on February 12th. 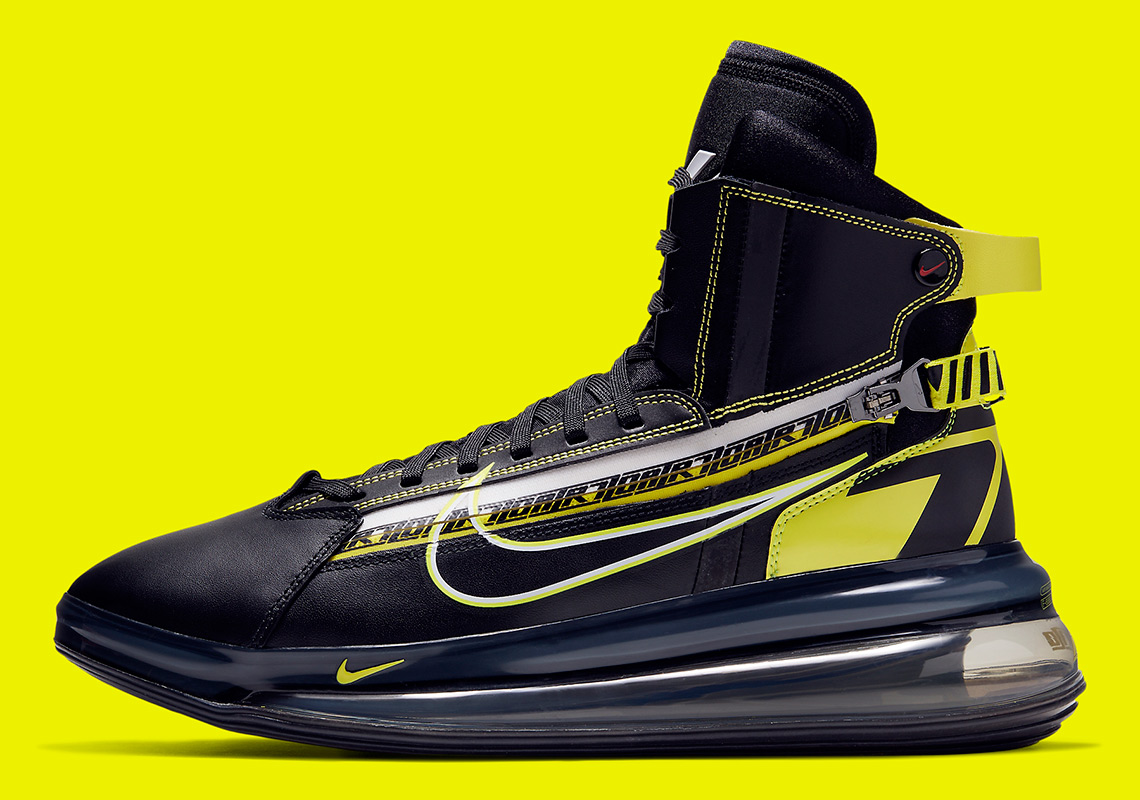 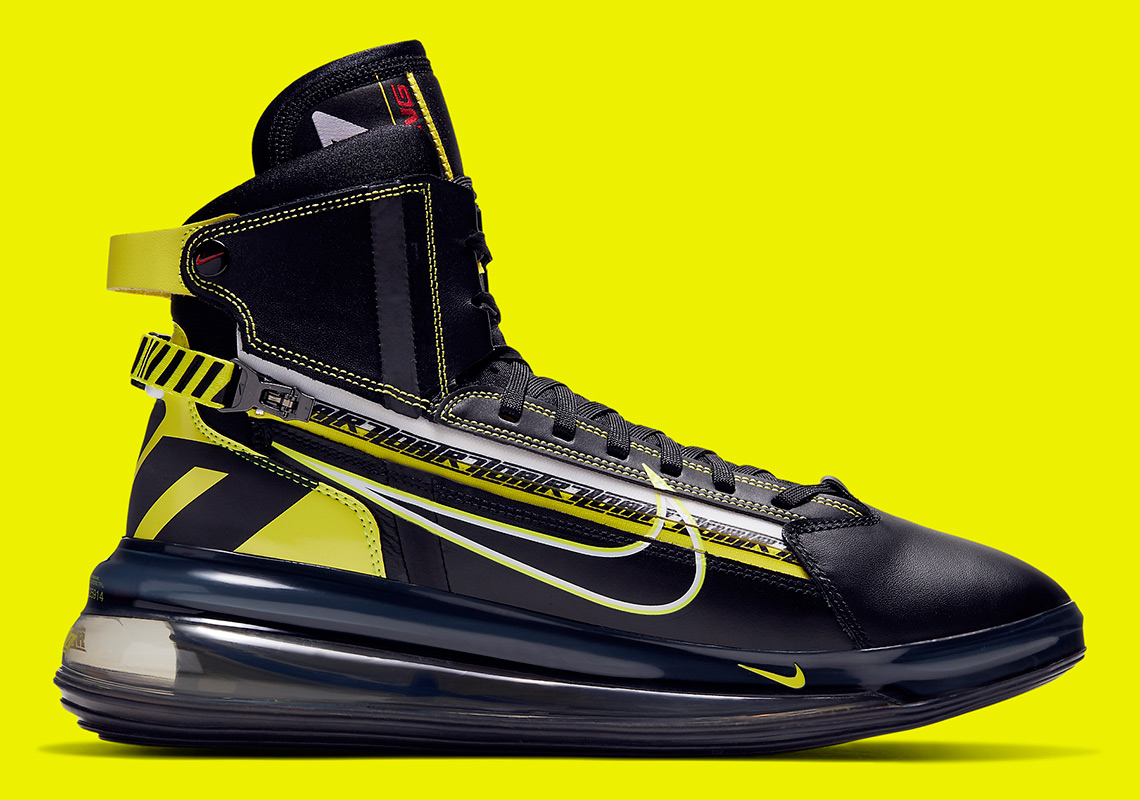 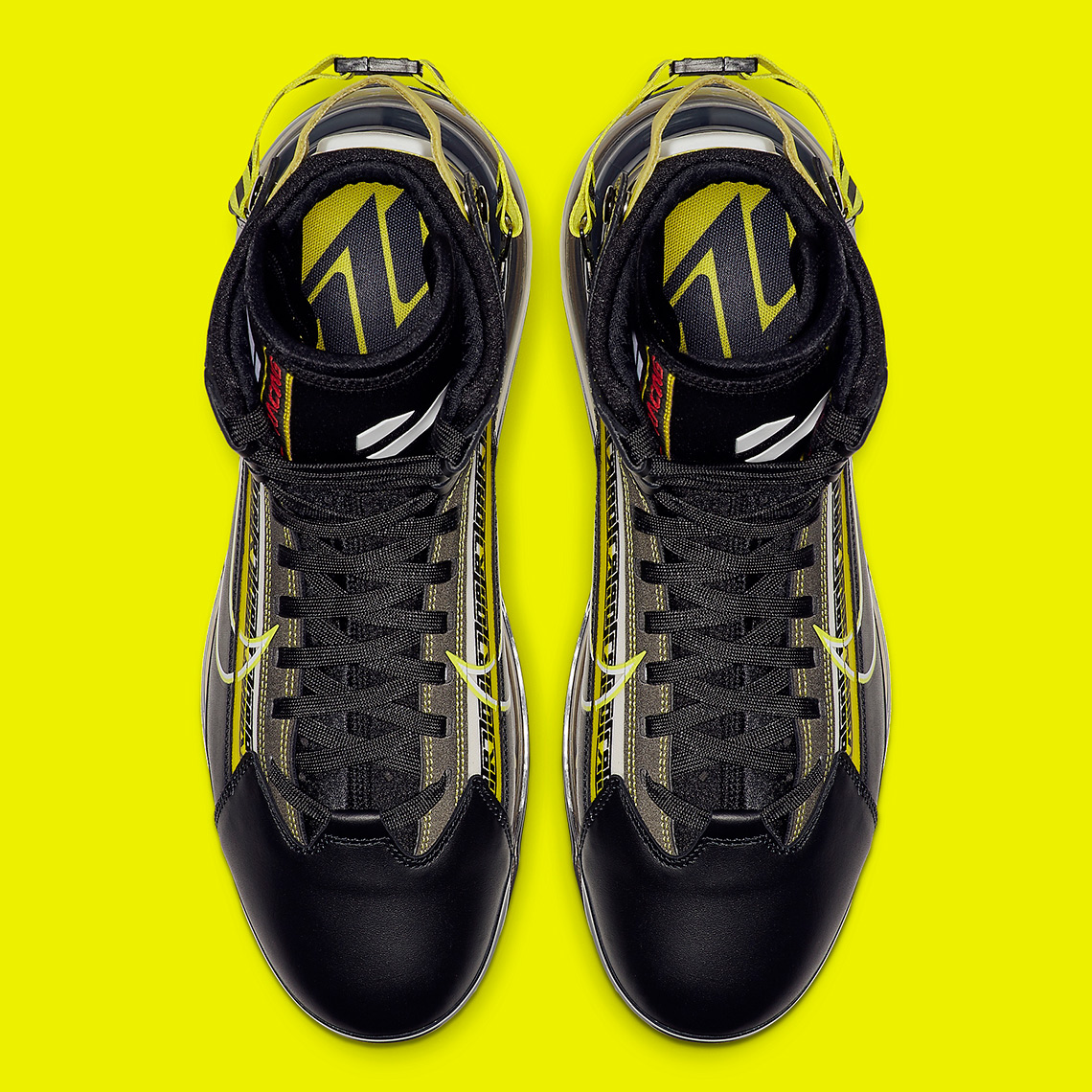 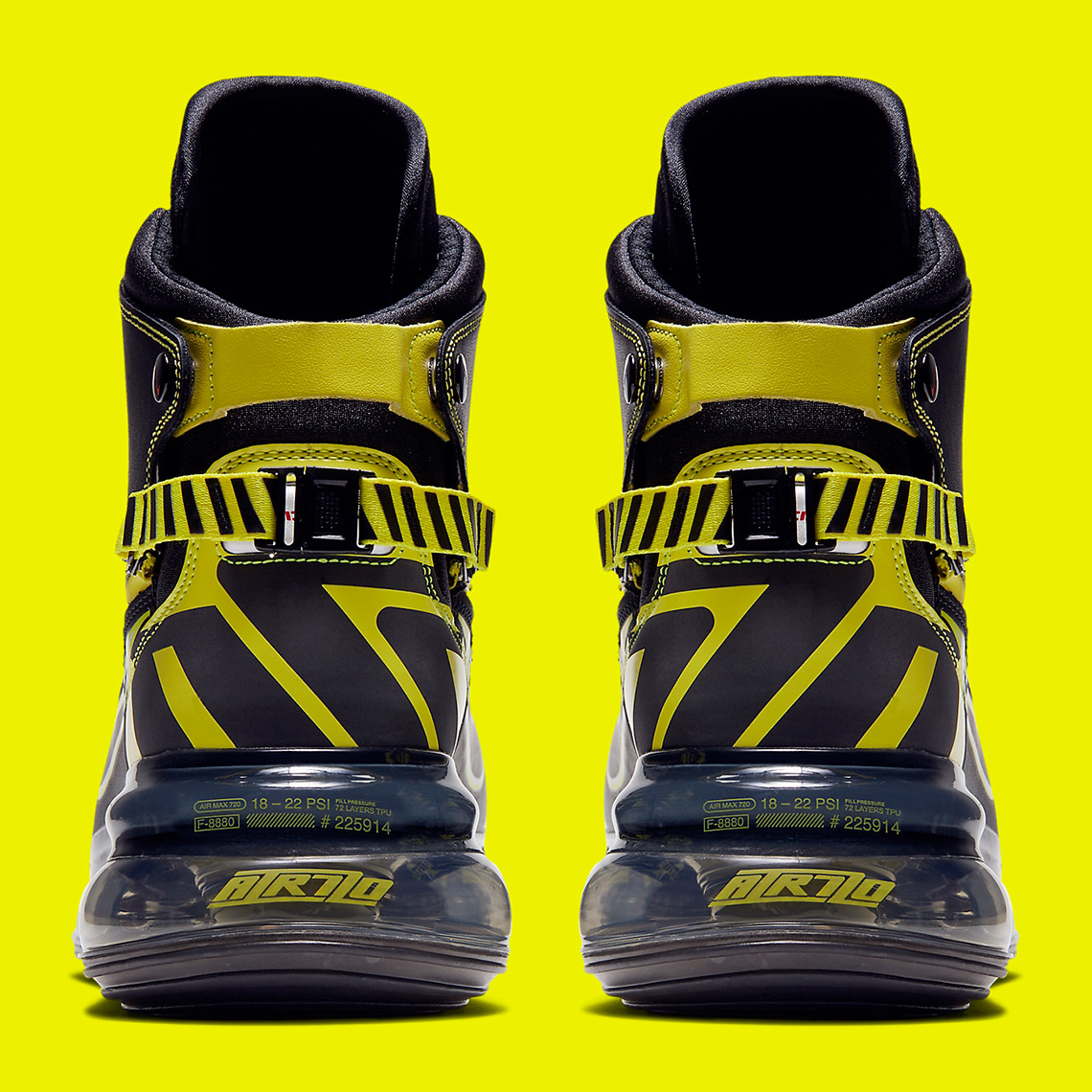 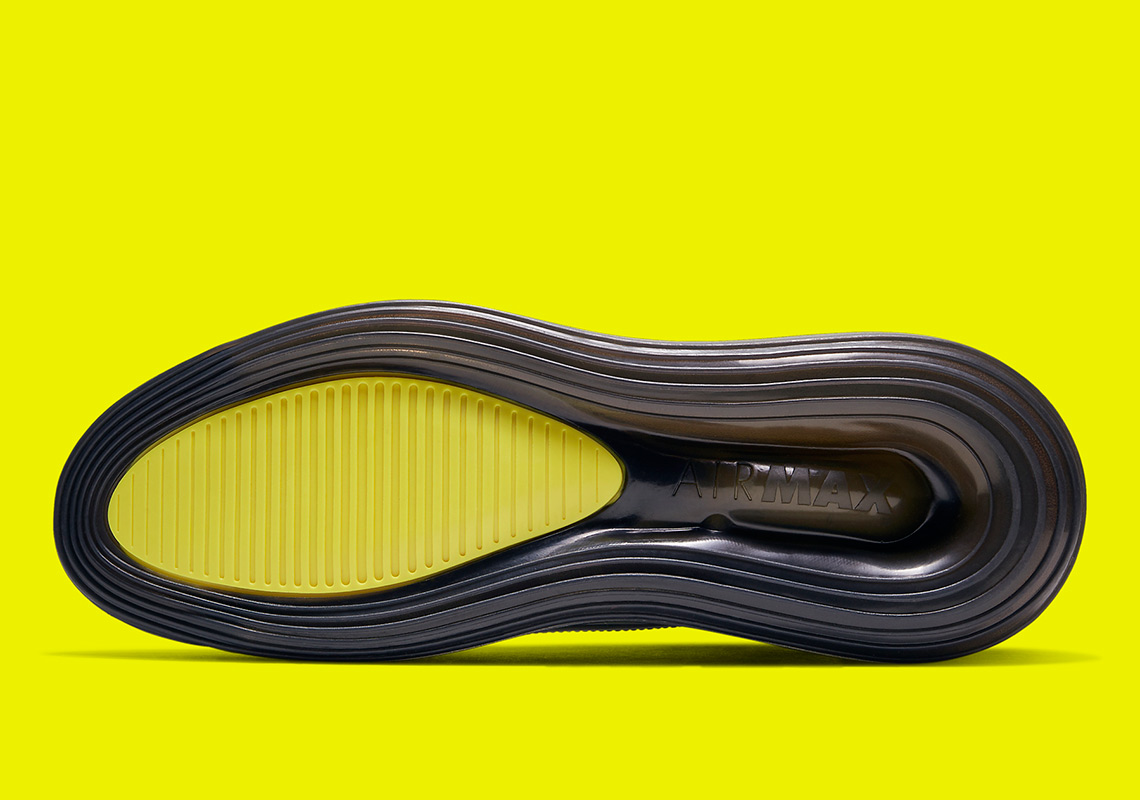