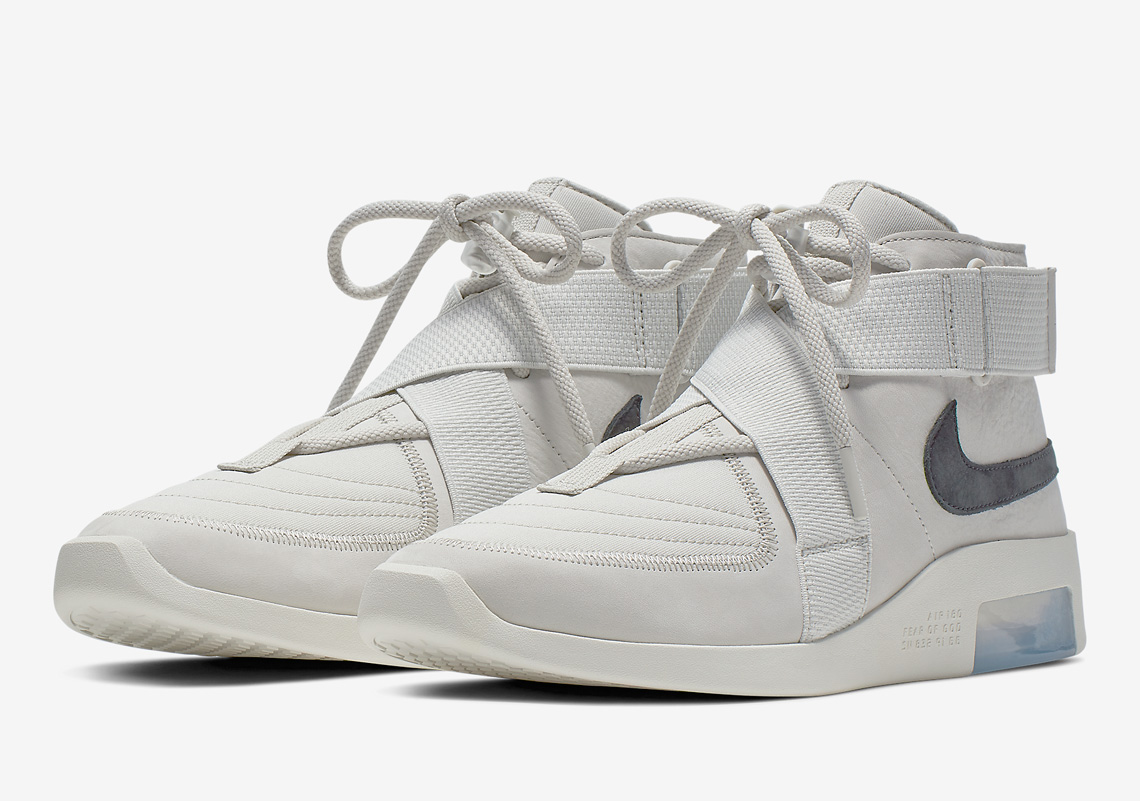 Upon their initial release at retailers back in December, Jerry Lorenzo’s Nike Air Fear Of God 1 immediately caught the eye of consumers, as it offered up something different from the usual drops we have seen come to market over the last few years. Keeping in line with the Fear Of God frontman’s ornate and luxe aesthetic, we now have official images of the Air Fear Of God 180 in a “Light Bone” colorway that has already become a mainstay across this co-created collection. Interestingly enough, while the new silhouette’s name comes from Charle’s Barkley’s Air Force 180 as well as NSW’s Air 180 – responsible for the inspiration behind the line’s double-stacked Air unit – this mid-cut offering chooses to equip an make-up borrowed straight from the nostalgic Air Raid. Two criss-crossing straps are this sneaker’s clear focal point, while a supple tumbled leather upper ripe with exposed stitching and a contrasting black Swoosh complete the look. With official images of the Air Fear Of God 180 available ahead, you can expect this Lorenzo creation’s release at select Beaverton stockists sometime this Spring. 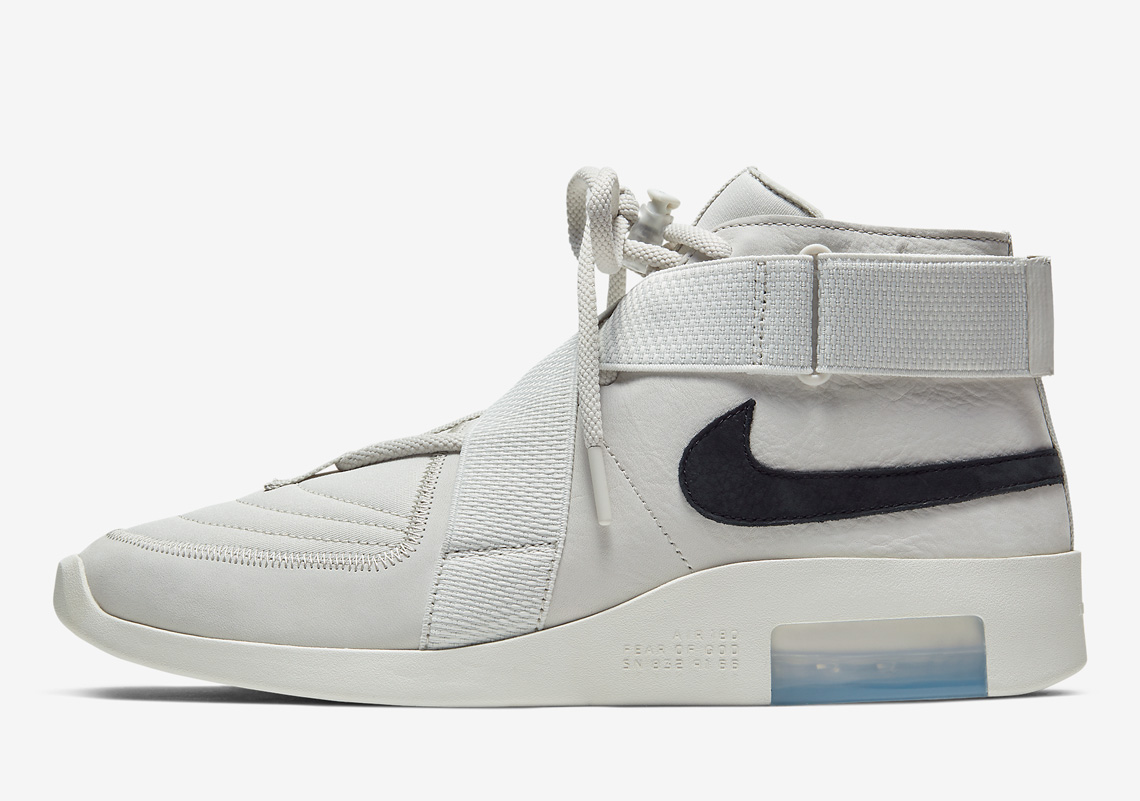 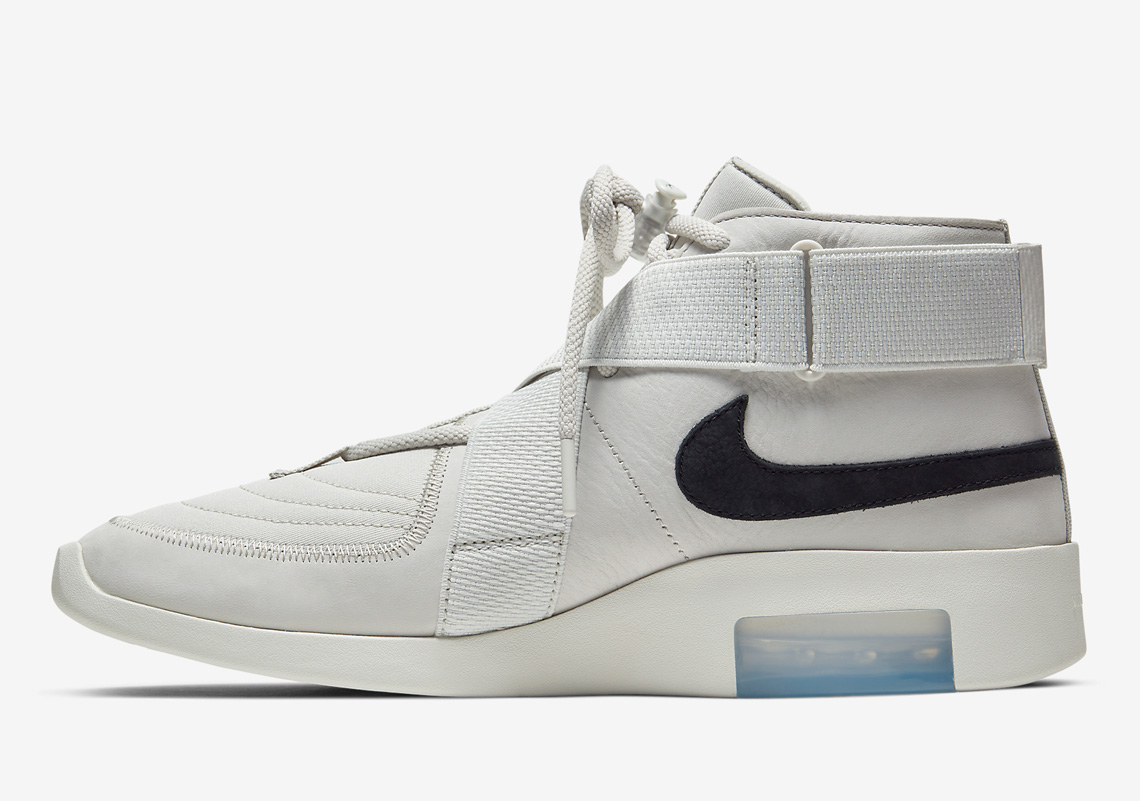 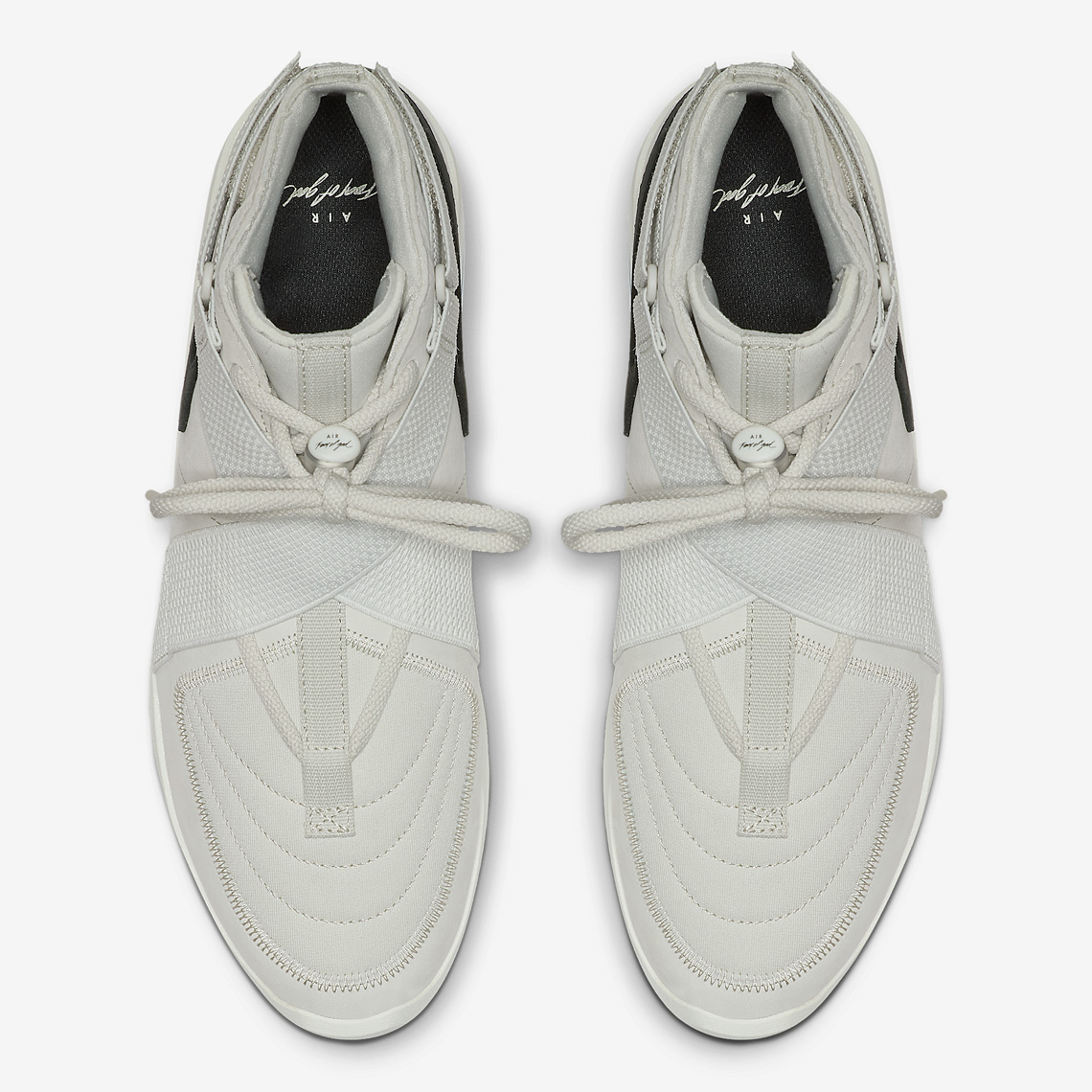 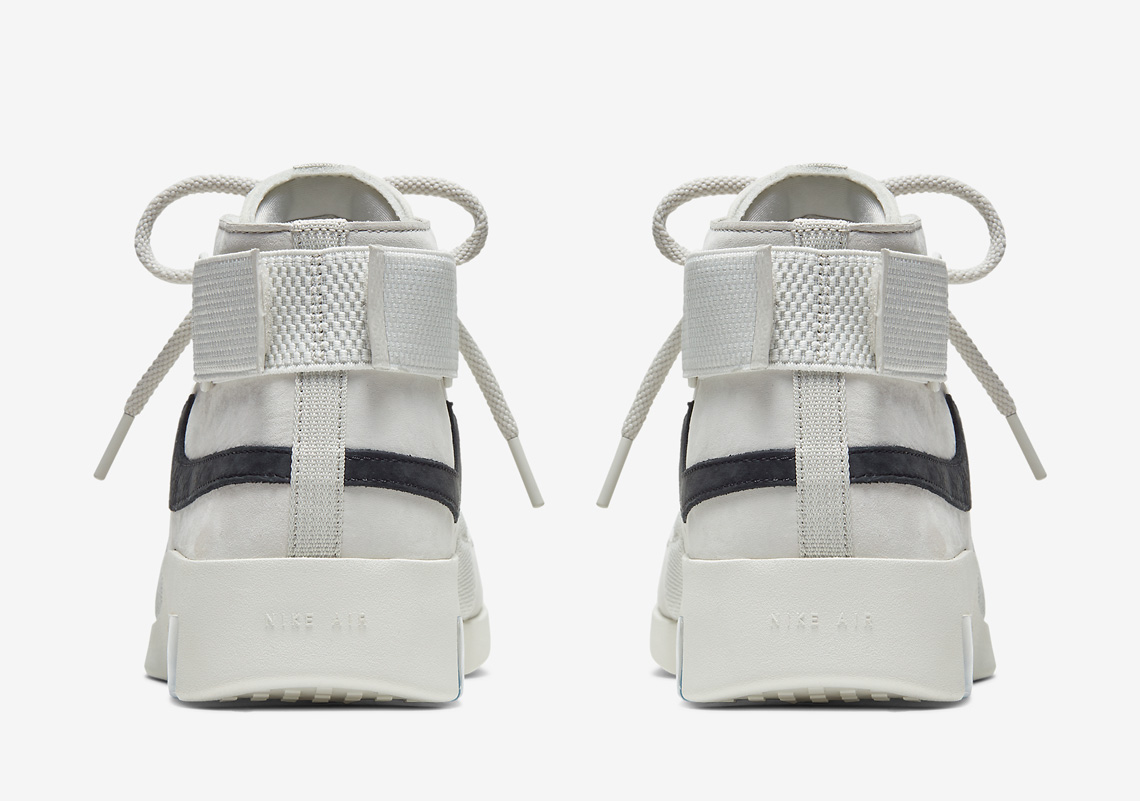 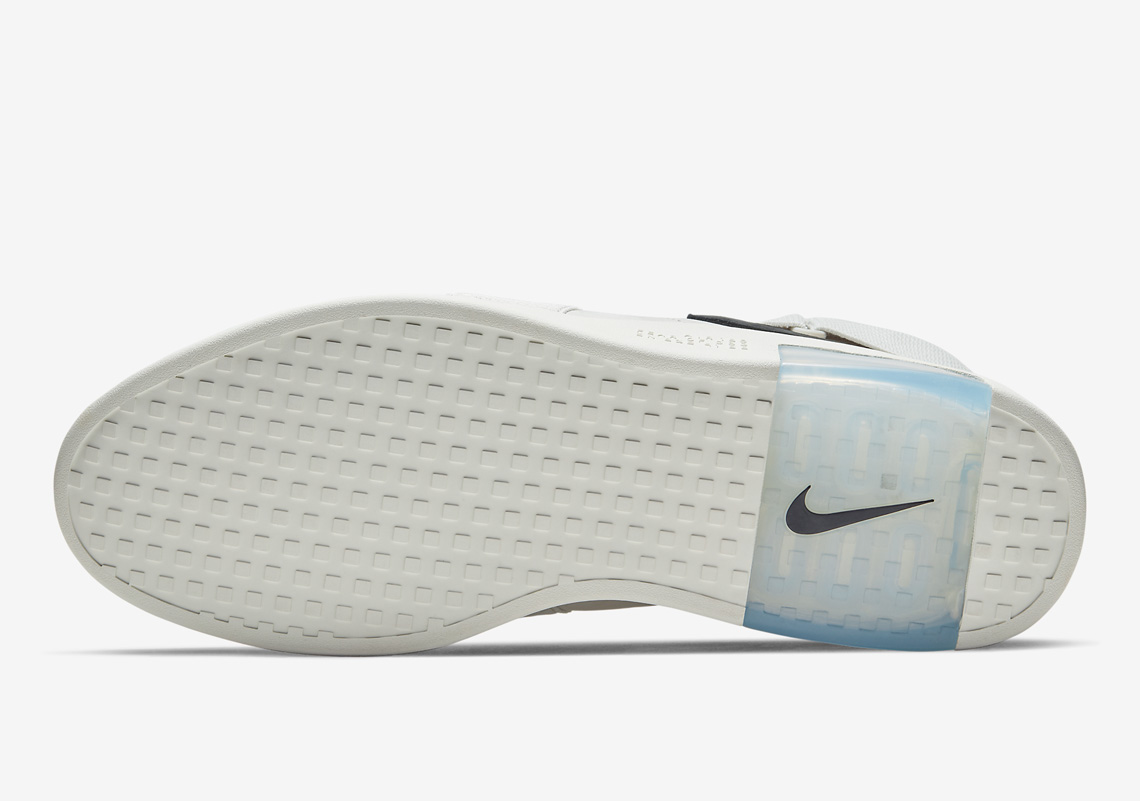