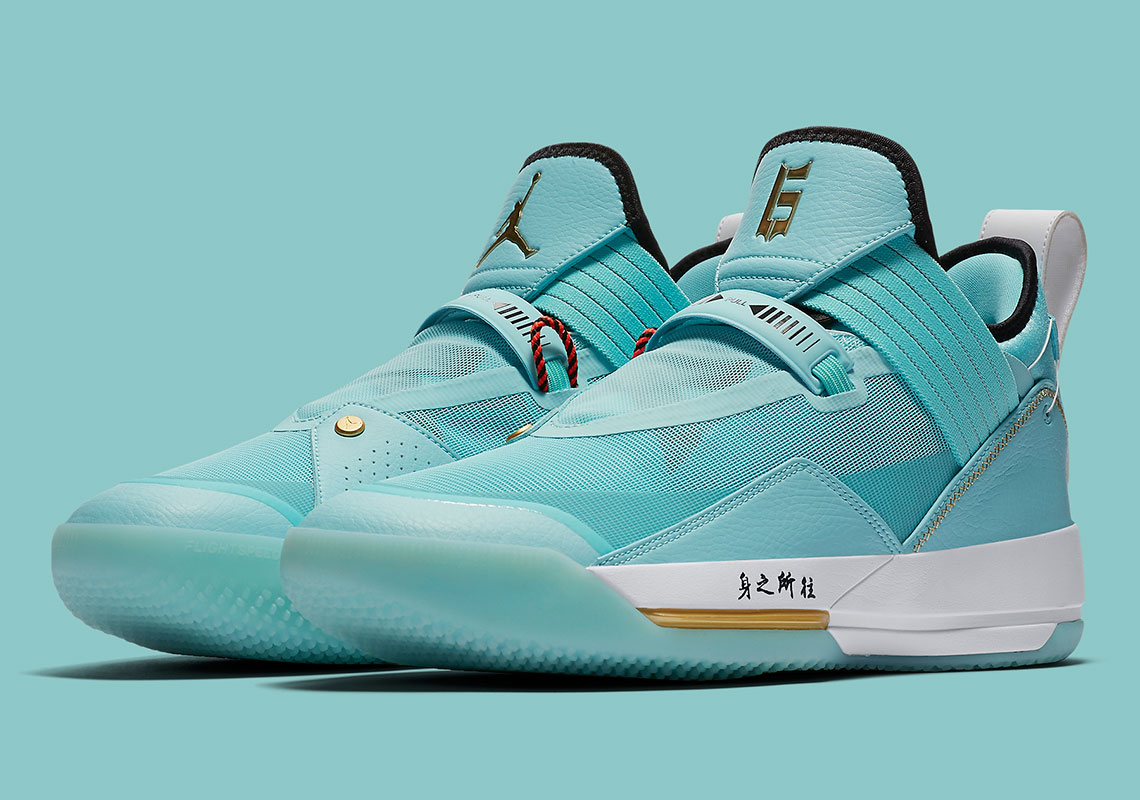 As the first Chinese player to join the ranks of the Jordan Brand, Guo Ailun receives yet another player exclusive colorway that arrives in a stunning light blue. Utilizing one of their newest silhouettes yet again, Beaverton is executing his connecting themes onto the Jordan 33 Low, breathing the cool tone throughout the majority of its accents and construction. Contrast stitching in black adorn the straps and elastic fasteners with the heel pull tab balancing out the seemingly one-noted scheme in a bleach white. Gold fibers overtly impress along the rear panels as well as the mold along the midsole while Chinese characters further play on the athlete’s background in subtle fashion. Once the lights turn off, however, these are anything but as the entire outsole shines in glow in the dark finish. Grab a detailed look here and expect the pair to release exclusively in China on April 4th. 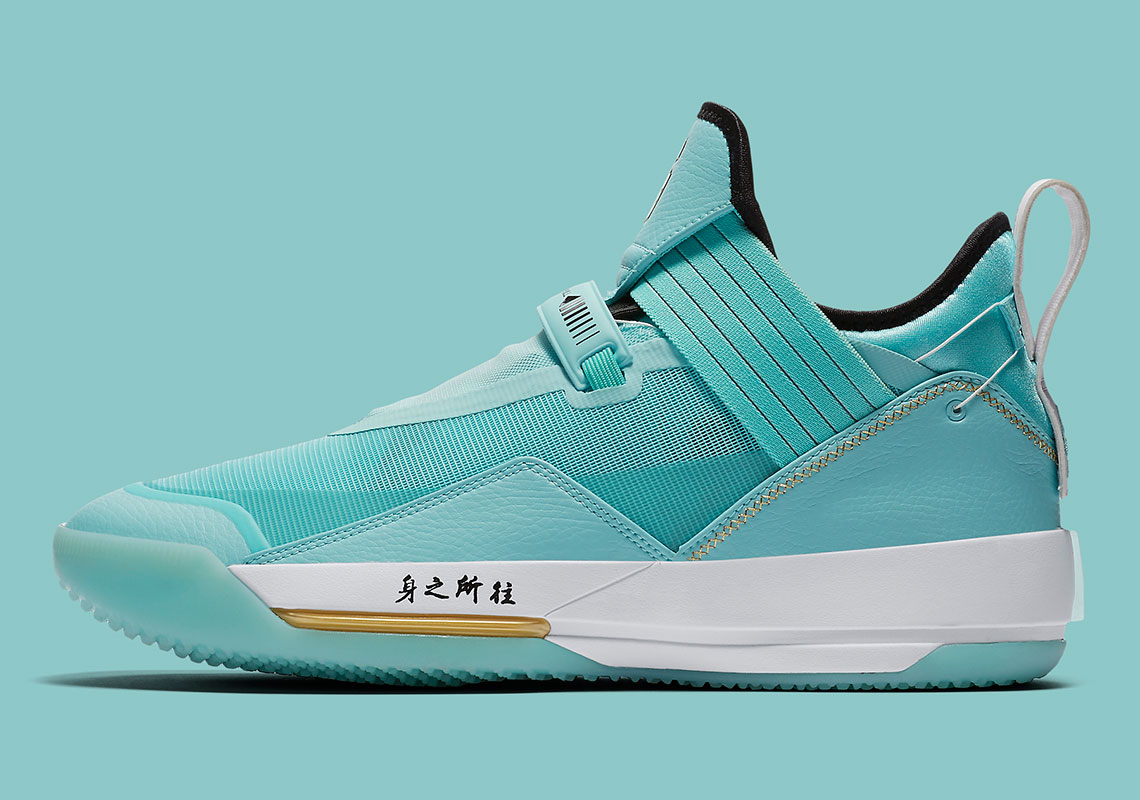 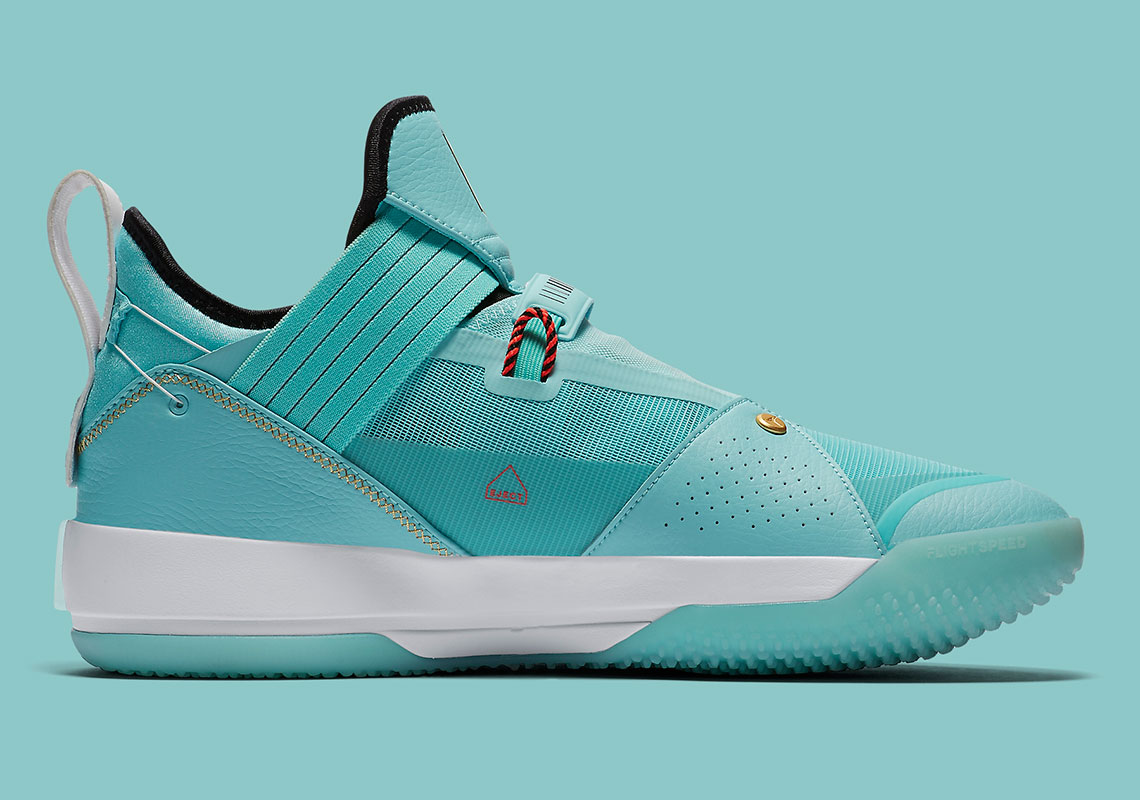 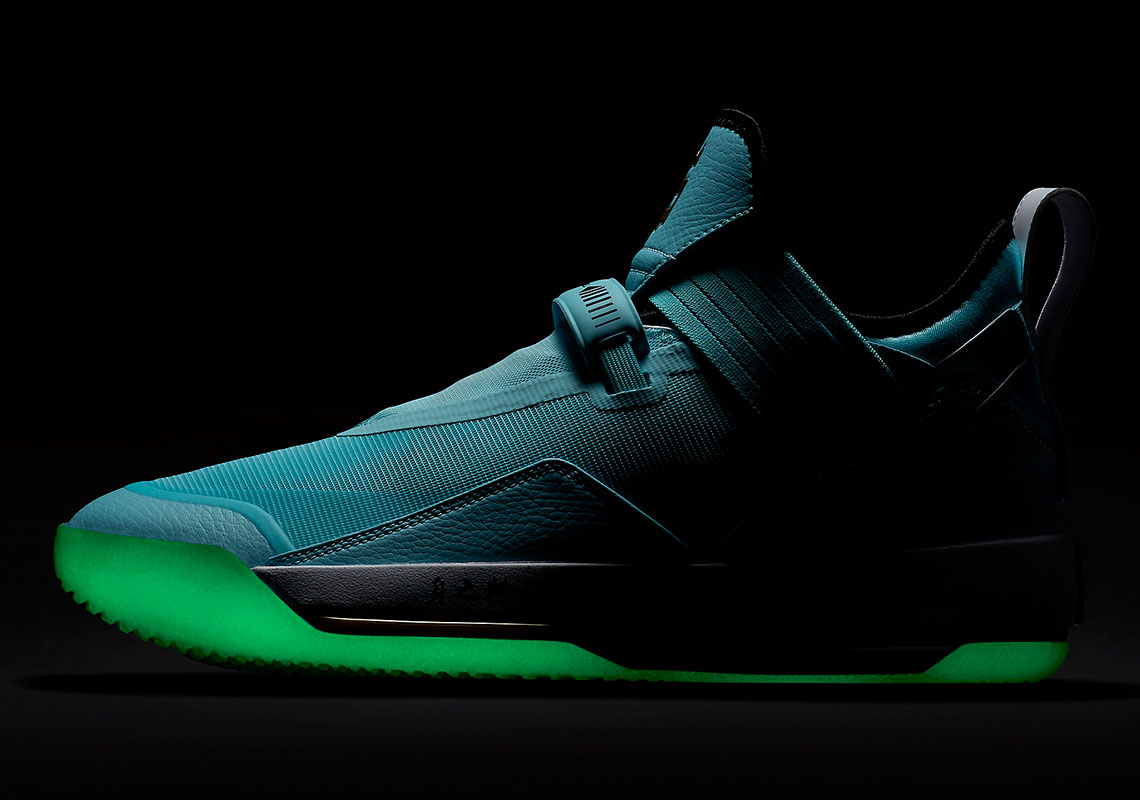 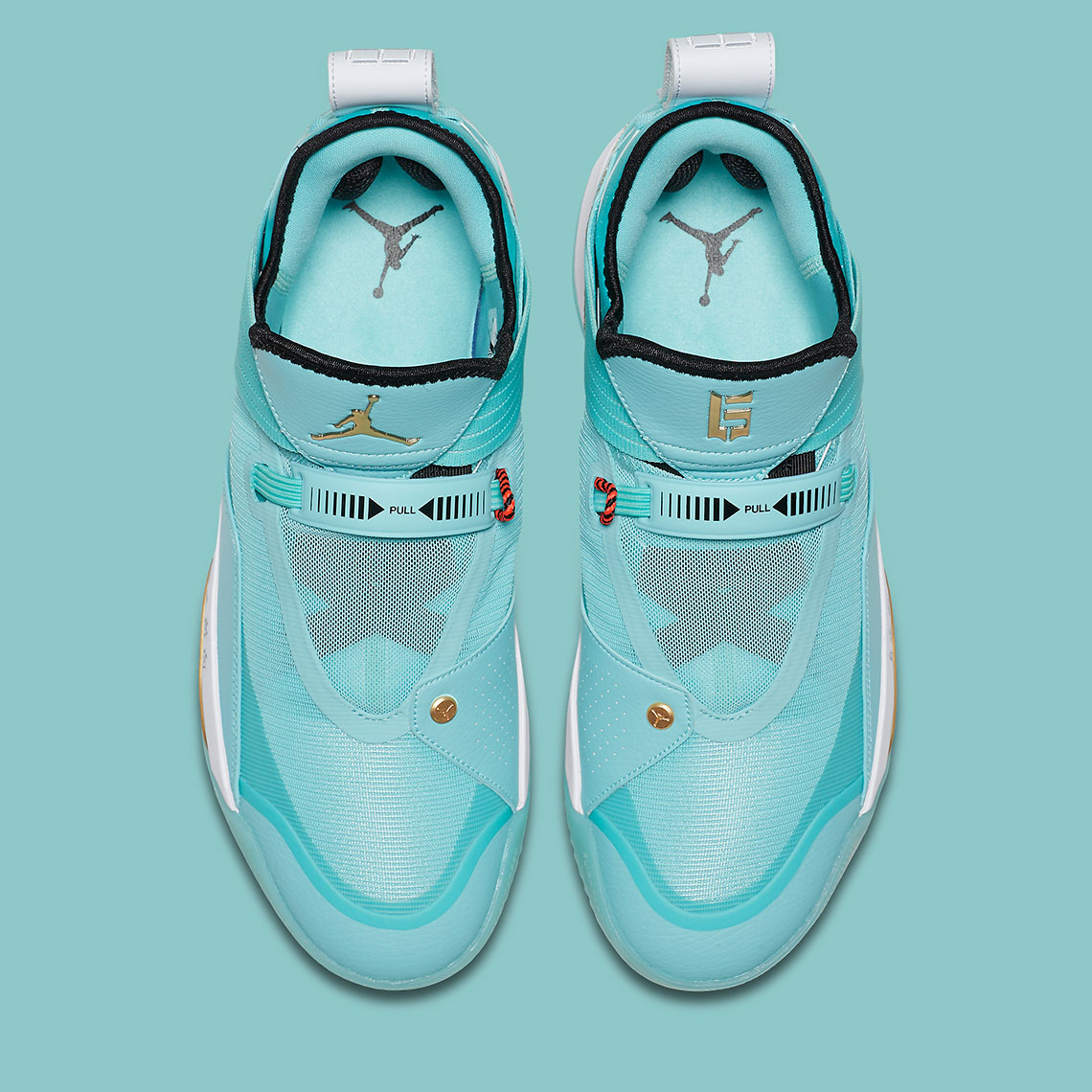 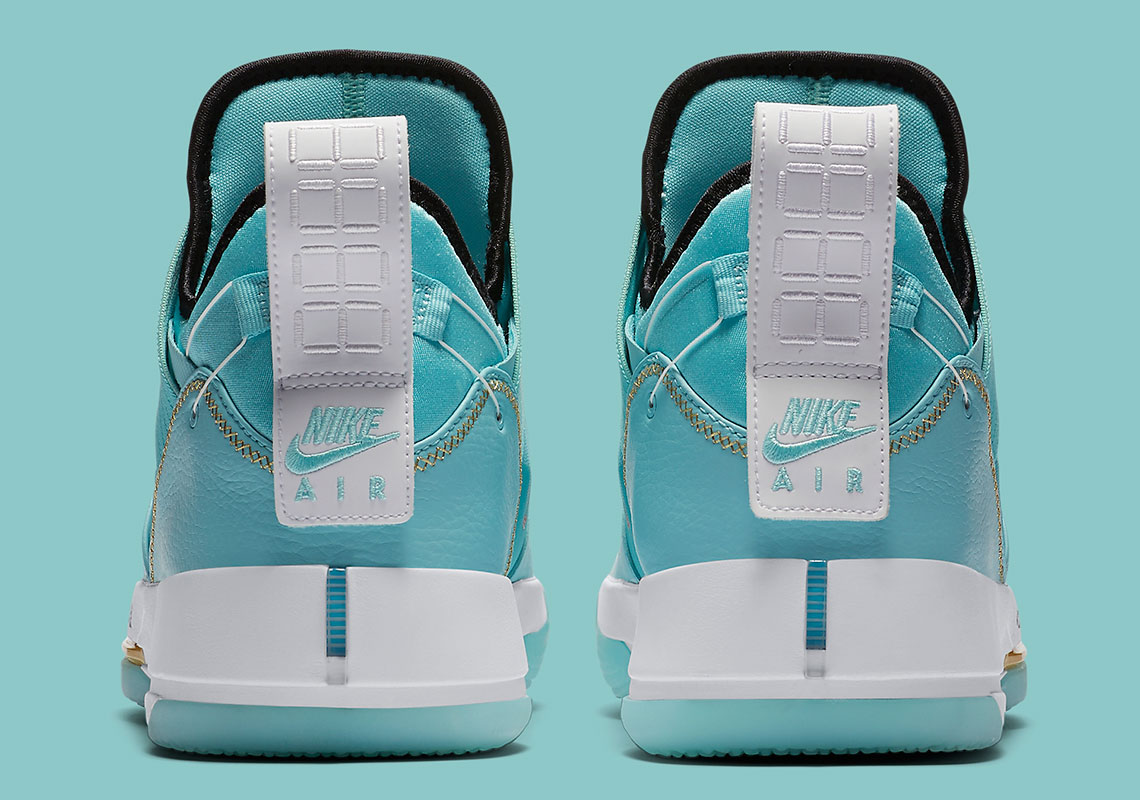 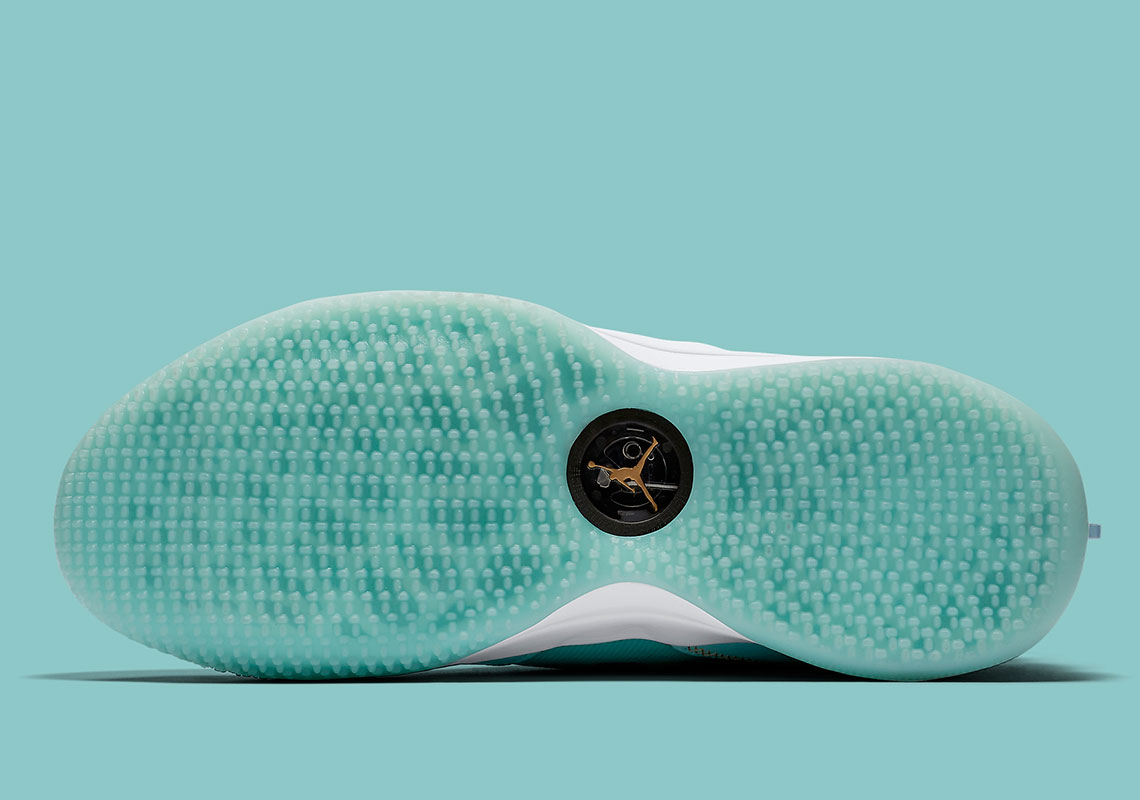