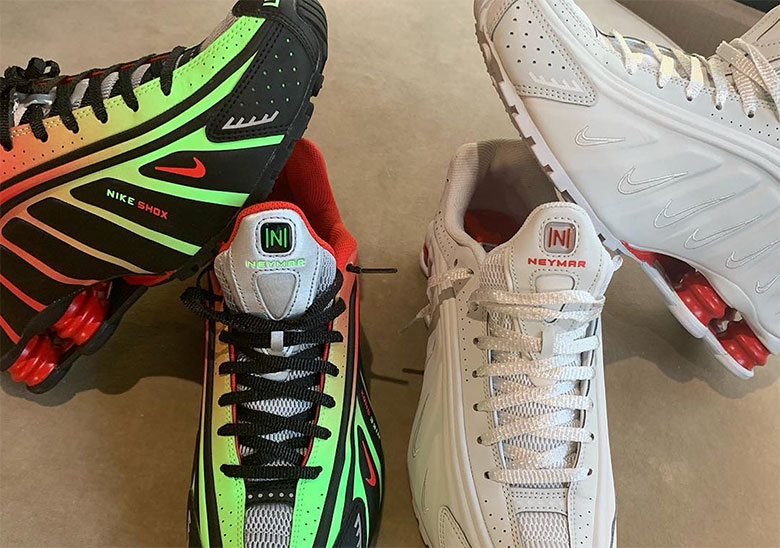 Upon its debut around the turn of the century, the Nike Shox R4 was a certified hit all around the globe. It delivered the wow factor and the innovative charm that running fanatics and shoe-heads expected from the Swoosh, and despite its rather gimmicky tech, it built up quite a following that allowed the brand to open a full range of Shox-infused footwear for all sports. But the reign of those springy pillars didn’t last as long as the brand may have hoped and by the middle of the 2000s its catchy luster had worn off completely, releasing only in small random batches. The Shox R4, the poster-boy of the cushioning system, was always a top seller whenever it became available, and its well-timed re-issue seemed to have rekindled the public’s love for this technical model.

To make things even more interesting, one of Nike’s biggest athletes just revealed and upcoming collaboration with the silhouette with some impressive modifications. One version, seen on Neymar Jr.’s feet, features a neon gradient up per with a speedy black overlay stripped of the large Swoosh logo. A second white/red version goes for the over-branded look, with logos of various sizes metered from toe to heel. Both pairs also feature the football star’s name on the tongue, with the Shox logo turned on its side. Considering the esteem the athlete and this model have in Brazil, this is absolutely huge.

While a small sample size, it appears that Nike is out to execute collaborations with the superstar athletes that represent the brand. Along with these Neymar Shox R4 colorways, NFL phenom Odell Beckham Jr. has a slew of Air Max 720 joints in the works, Serena Williams got her own Off-White capsule, and Cristiano Ronaldo had his run with the 97. What other athletes should get their own Nike projects? Check out these R4s below and stay tuned. 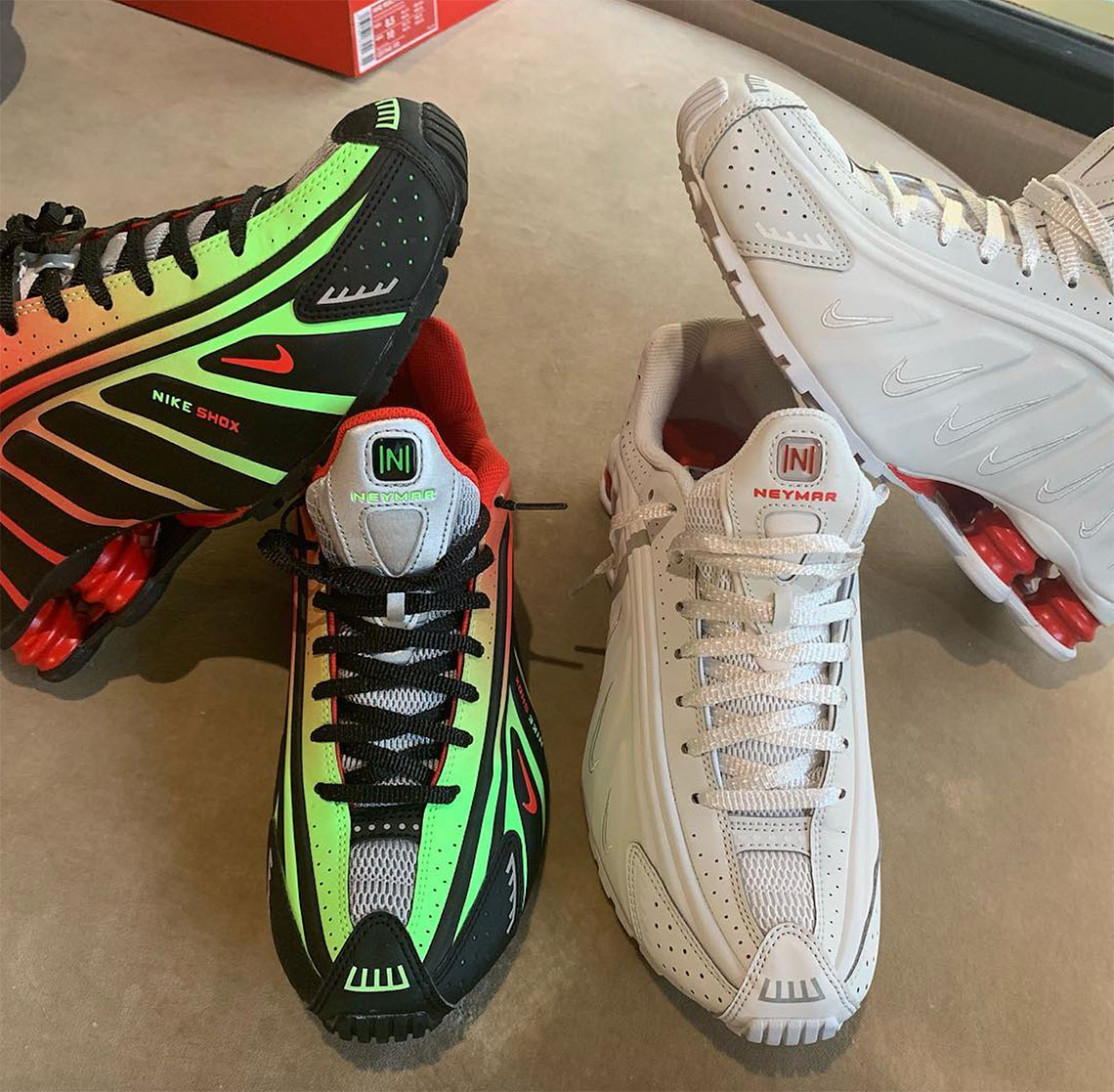 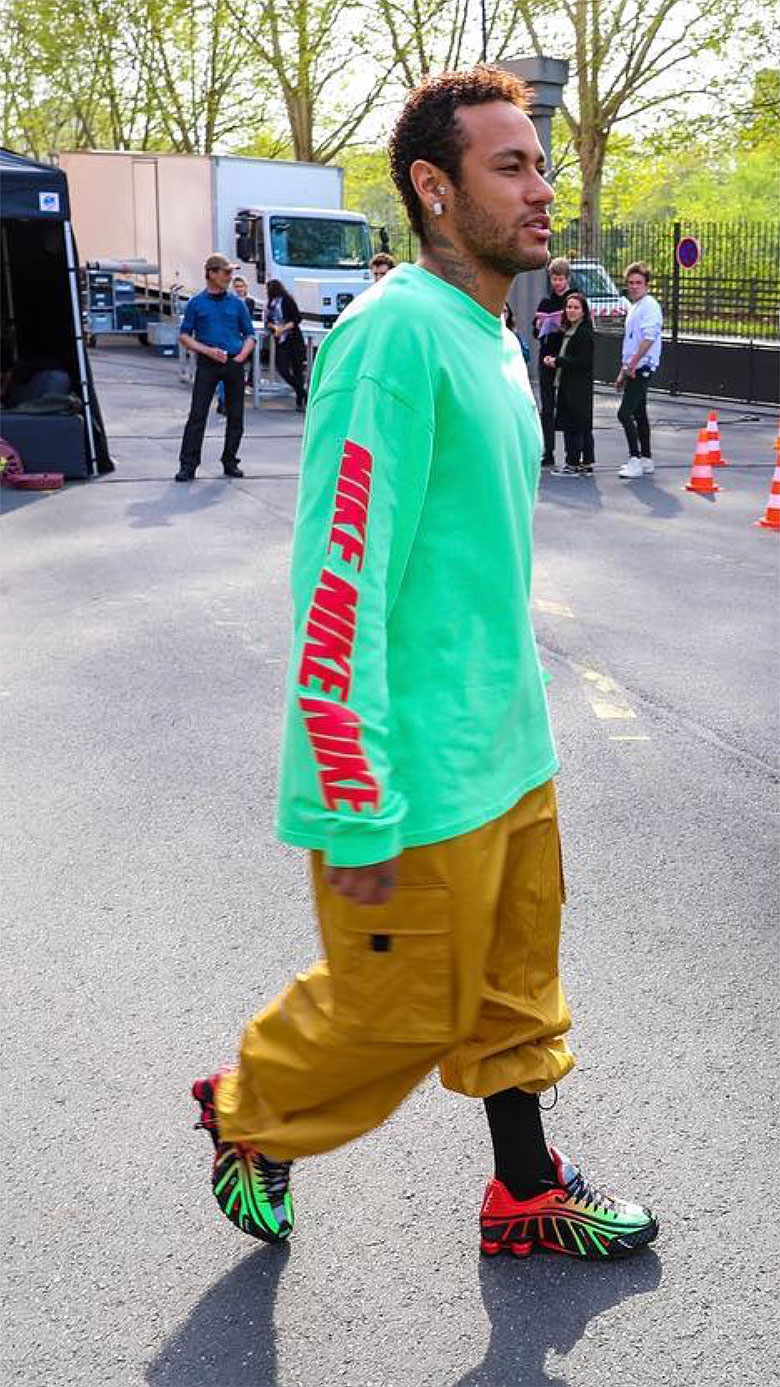