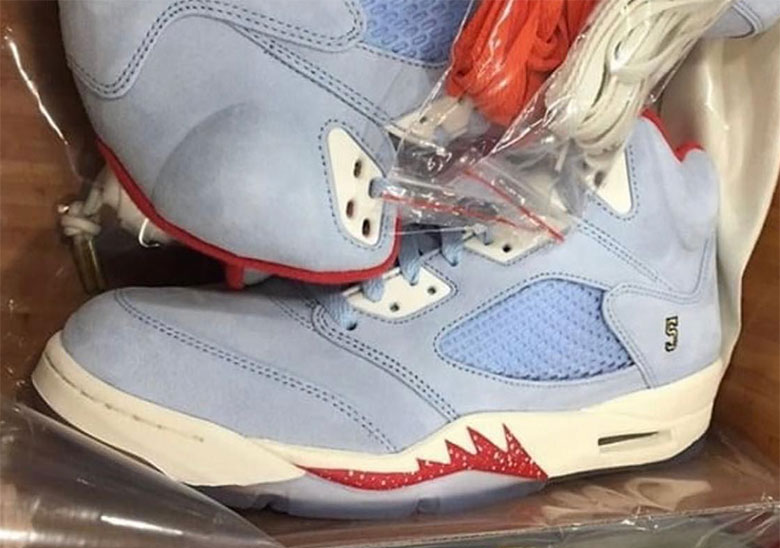 Michael Jordan’s son Marcus has another collaboration with the family brand lined up as first images of an Air Jordan 5 has appeared. Featuring a colorway similar to Travis Scott’s Houston Oilers-inspired Air Jordan 4, this upcoming release makes use of a lighter shade of blue with accents of red and gold. On the heel is the number 5 (Marcus’ number from his playing days), with two additional shoelace options offering up some versatility that typically doesn’t come attached to this model. According to zsneakerheadz, a friends-and-family pair in a reverse color-blocking is also said to be in the picture.

Additionally, Trophy Room has officially announced that the store location in Disney Springs will close on May 31st, 2019. After that point, Trophy Room will temporarily transition to a complete online presence while a new location is confirmed. 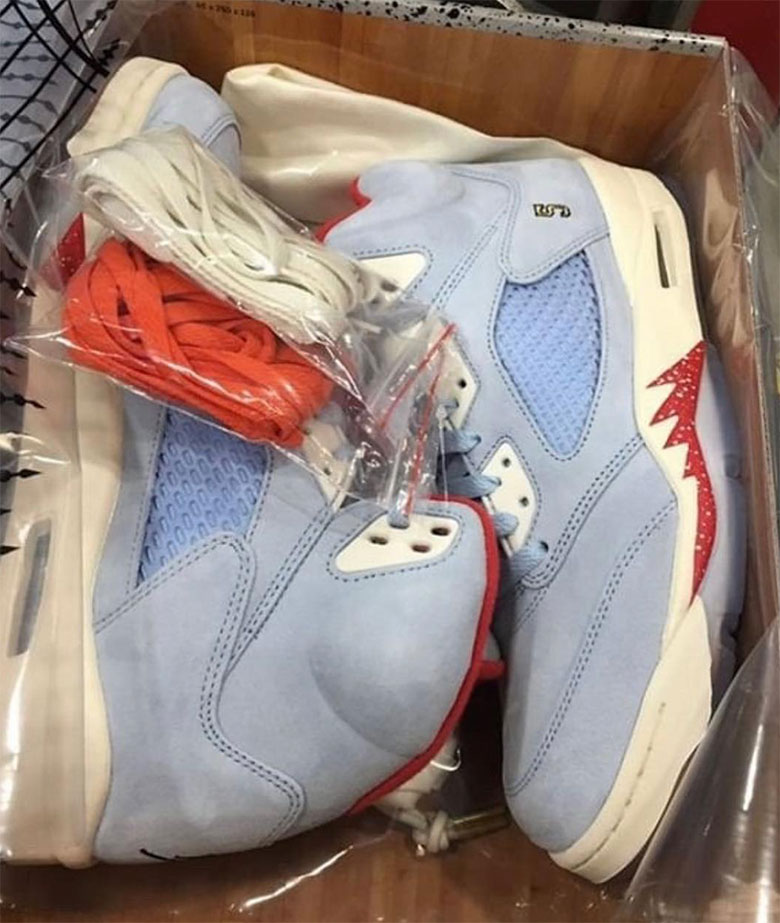