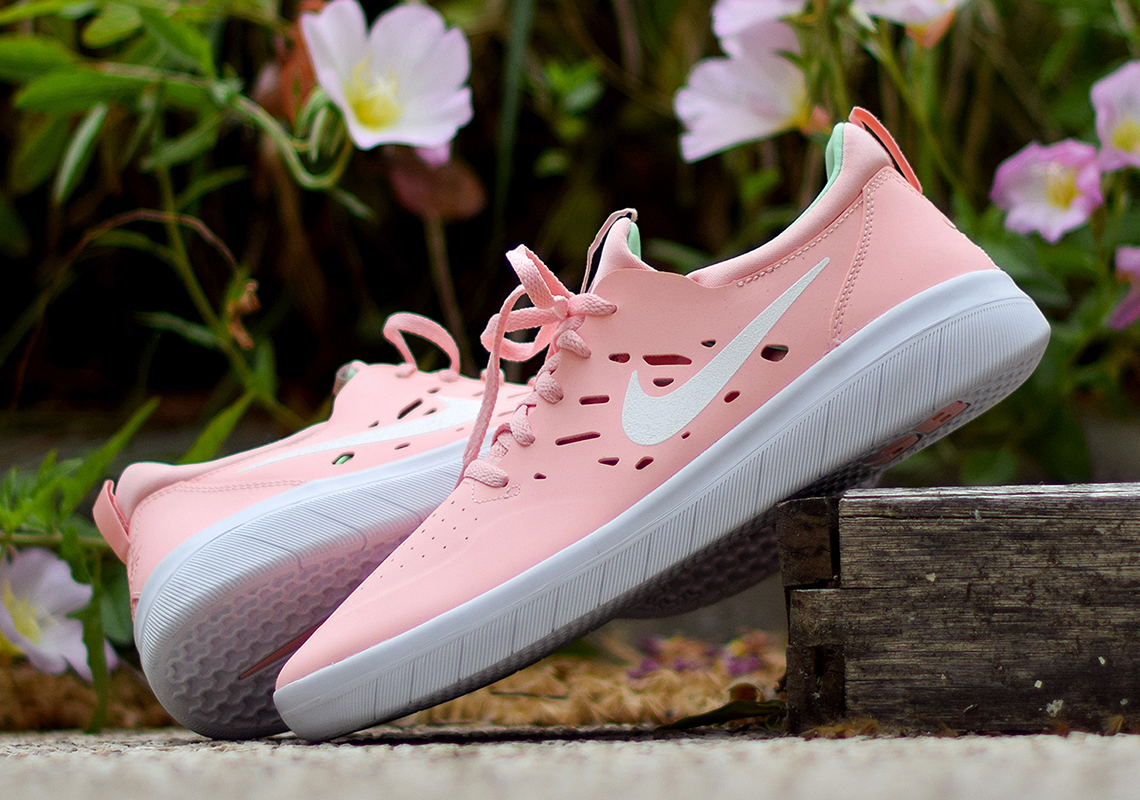 Nyjah Huston’s Nike SB Nyjah Free already combines skate sensibilities with flexible running shoe-style motion, and now it’s continuing its versatile interpolations even further by adding a brand-new “Sushi” colorway that lovers of the Asian delicacy are sure to appreciate. Huston himself is a sushi fanatic, and even though he’s on a strict diet as he prepares for the 2020 Olympic Games in Tokyo — the first Games to include skateboarding — he’s still known to gnaw on a roll or two every so often. Thankfully, he doesn’t have to feel even a slight pang of guilt about wearing his sushi-themed skate shoes. They’re centered around a light pink upper with a white Swoosh, a nod to the ginger that accompanies everything from maki to sashimi, and then feature a light green sockliner/tongue tab detailing, recognizing the dollop of wasabi brave souls usually apply for a little extra kick. However, the sushi inspiration is most readily apparent on the insoles, which split a chopstick graphic down the middle while the left offers a simple pattern and the right boasts Japanese characters/acknowledges dreaded stray drips of soy sauce. A reinforced Free sole then offers premier movement and durability, both on and off the board. These new Nike shoes are available now at overseas retailers like Sneakers France for $95 USD, and will likely arrive on Nike.com soon, so get a look at ’em directly below. 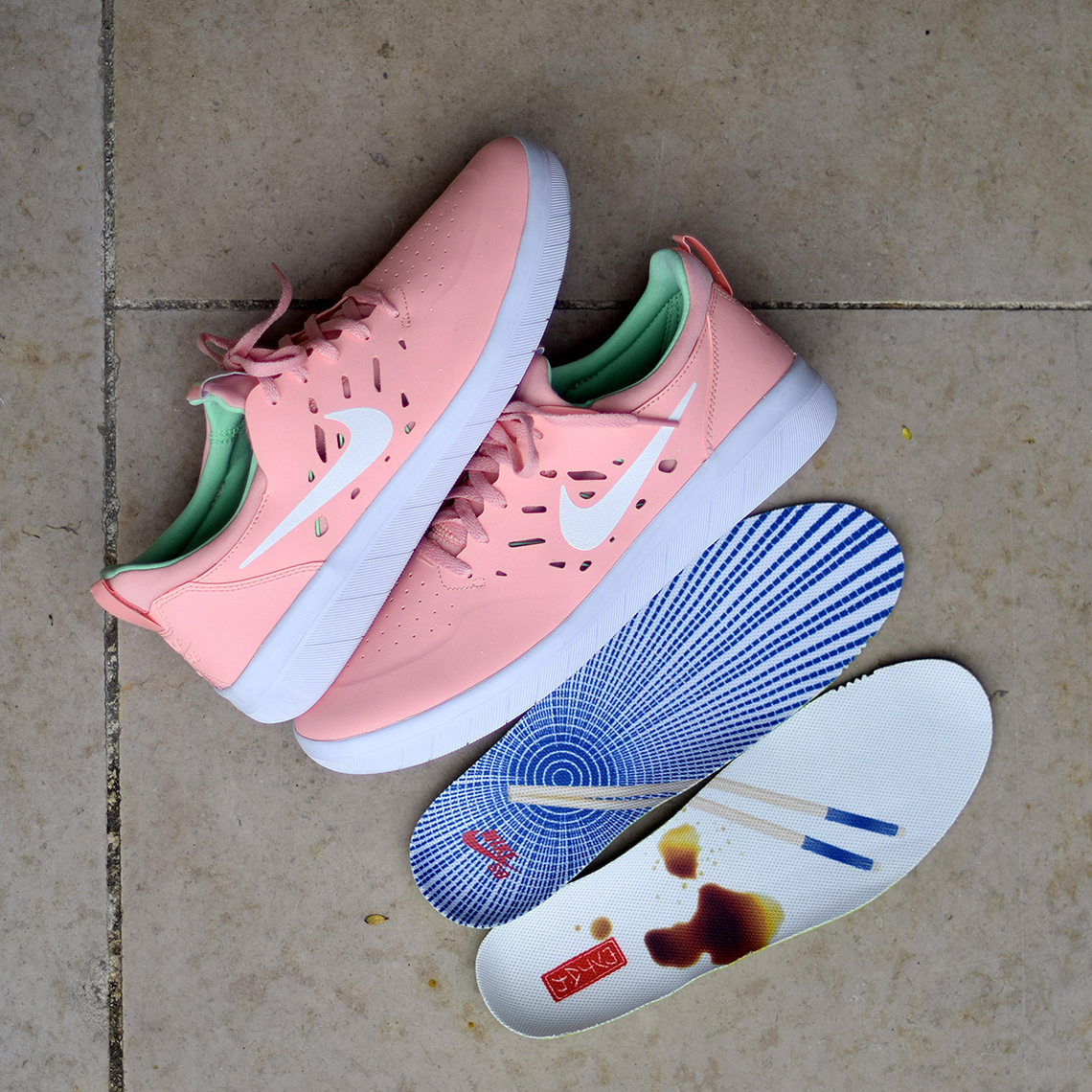 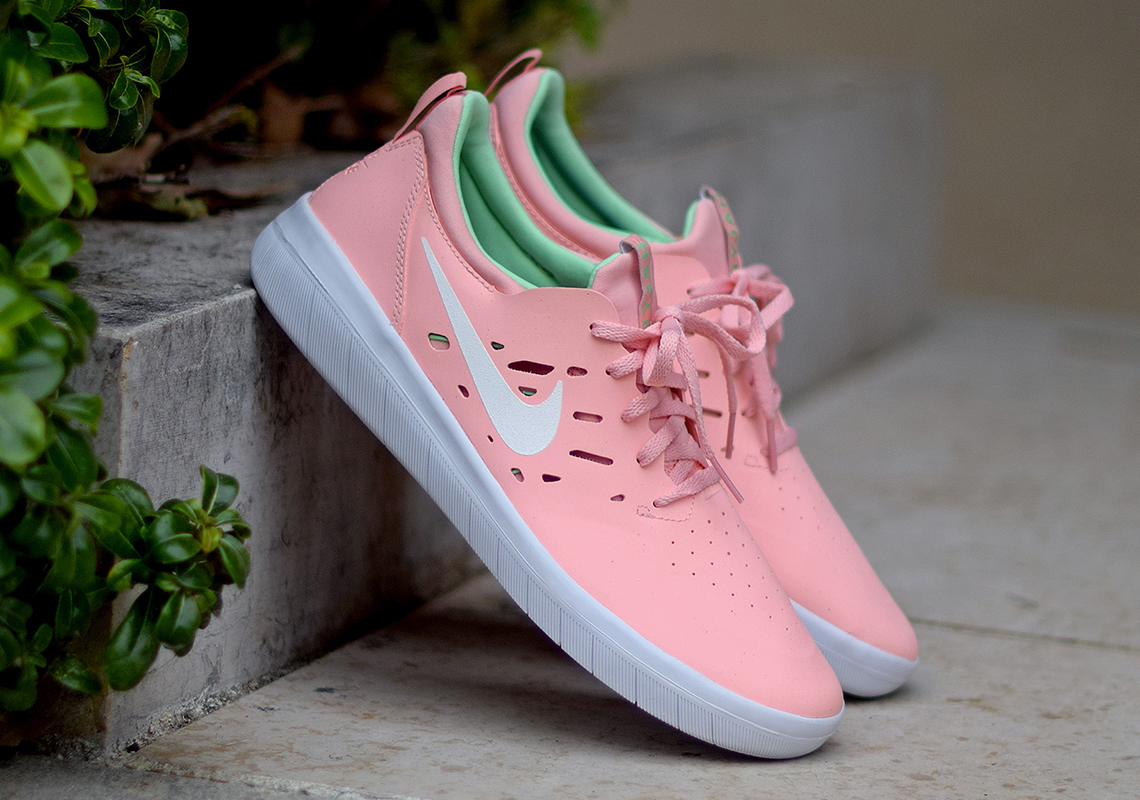 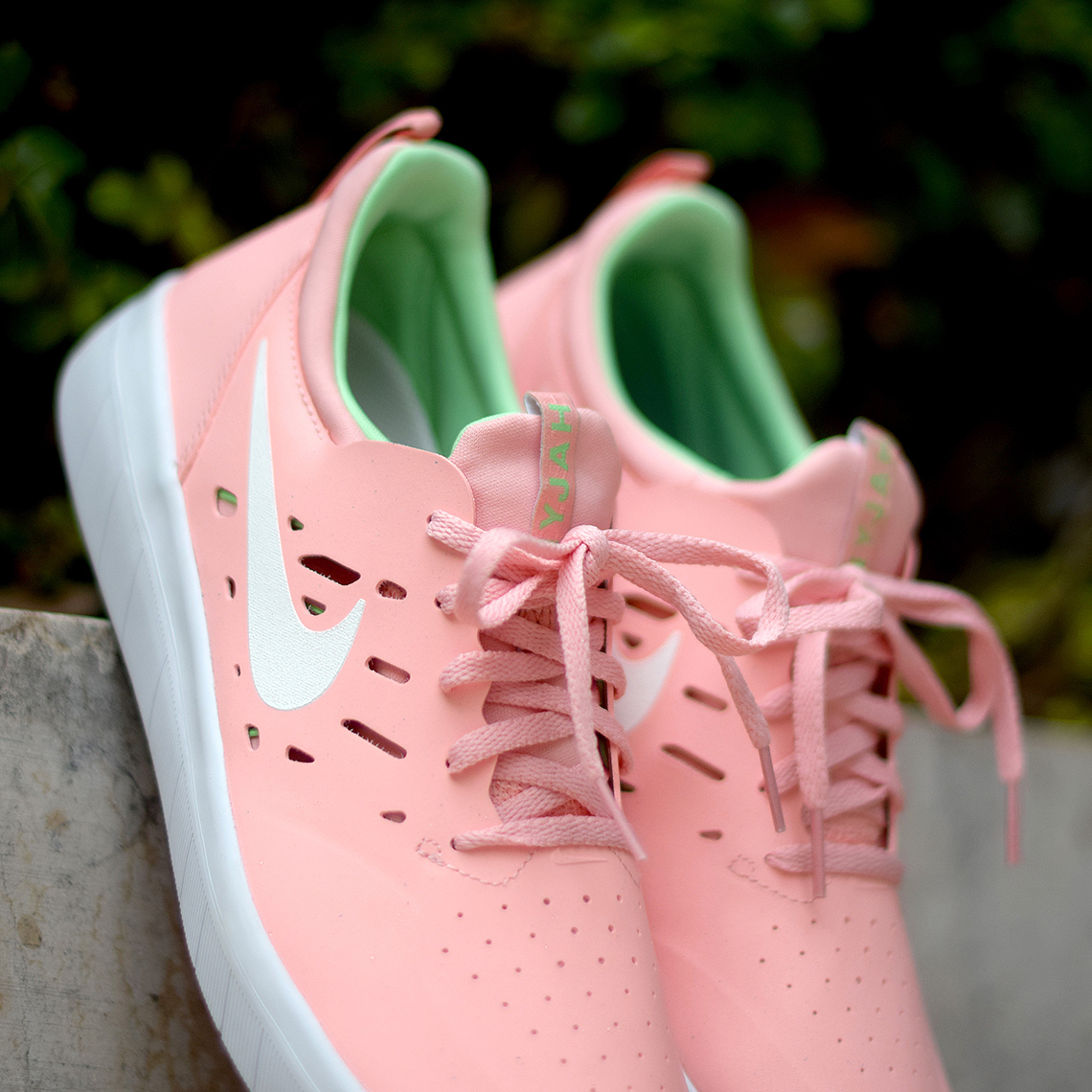