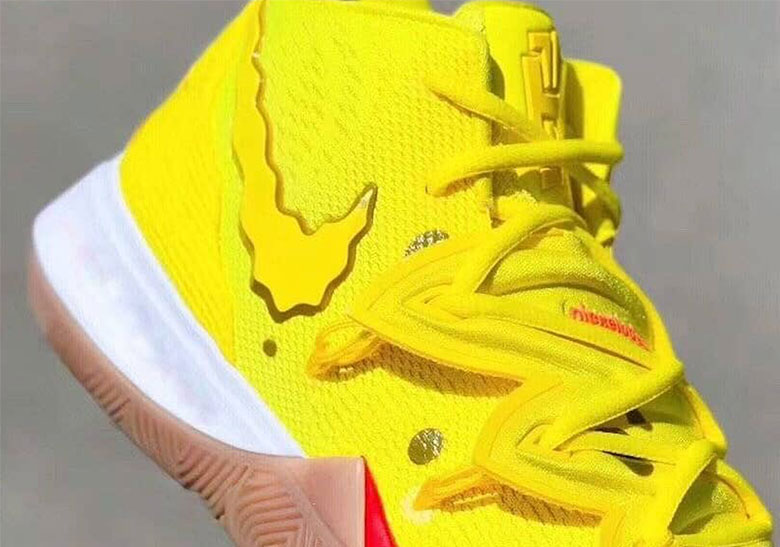 Spongebob Squarepants And Nike Collaborate On The Kyrie 5

Kyrie Irving’s taste for outside-the-box thinking has contributed to the design elements of his signature shoes. Images of the seeing eye suggest the Celtics star guard operates on a different wavelength, but his human side says he’s just as much into television comedies as the average human. We’ve already seen a collaboration with NBC sitcome FRIENDS, and now this first look at an upcoming release reveals a partnership with Nickelodeon’s Spongebob Squarepants. A full yellow-bodied upper on the Kyrie 5 is doused with Sponge-y details such as the rippled Swoosh, custom tongue logo, and the golden dots, while a Nickelodeon logo sits right atop the Flytrap midfoot wrap. Red treatment on the forefoot and gum soles reflect the Squarepants tie and pants combination. Check out a closer look ahead, and we’ll deliver release information when ready. 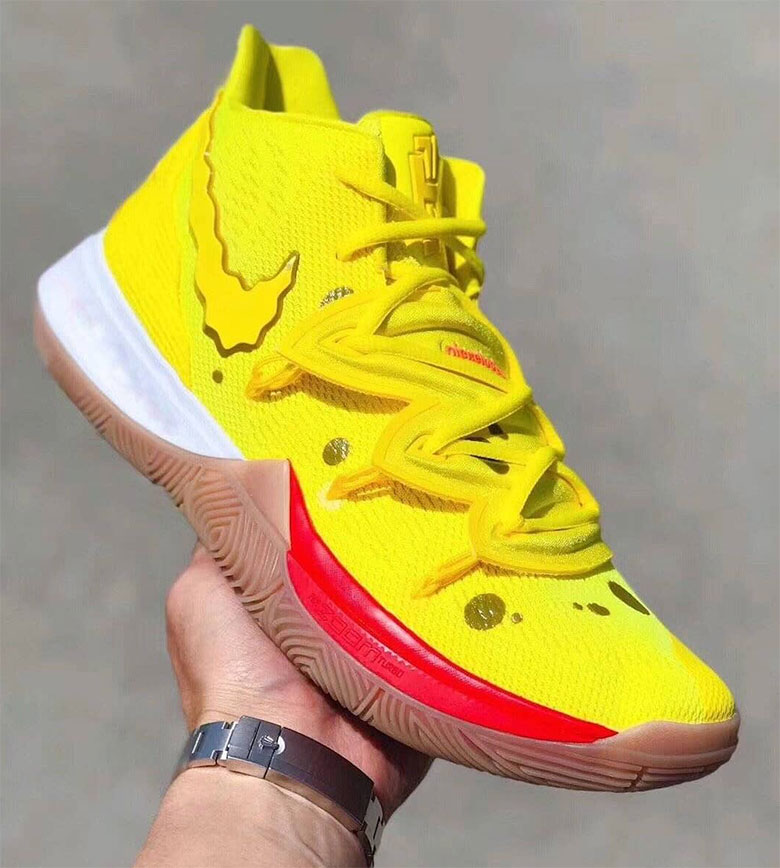