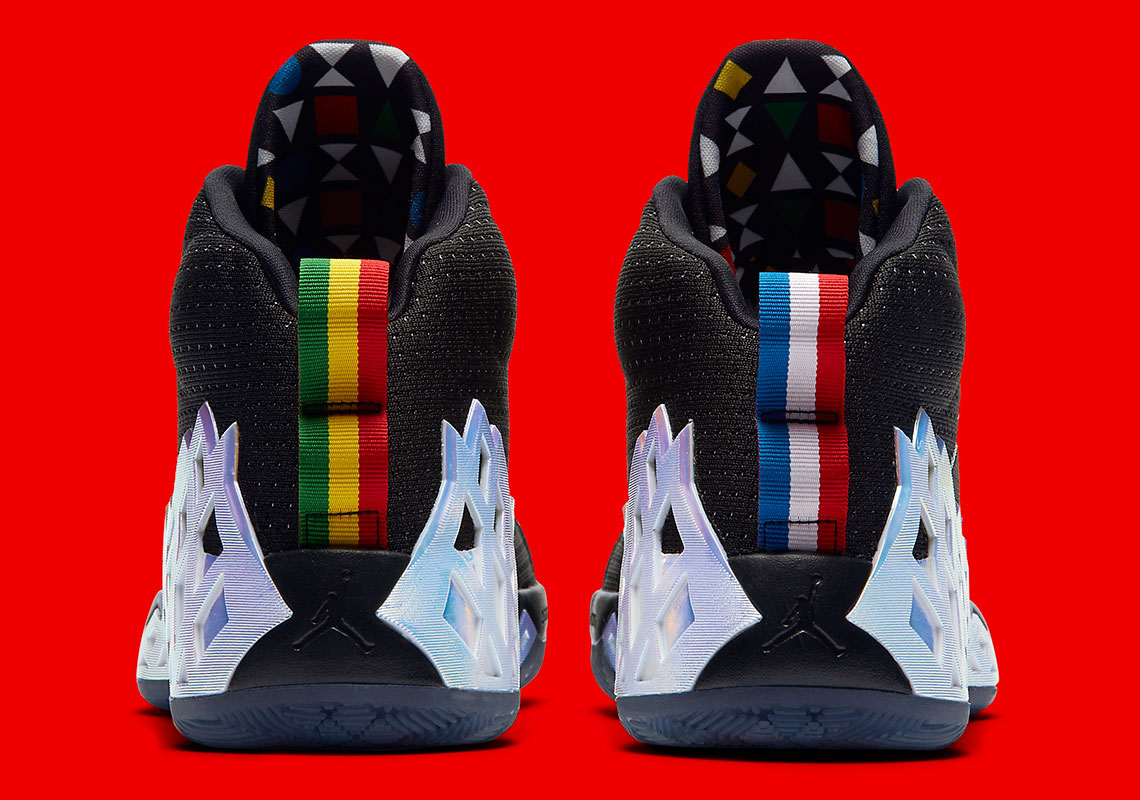 The Tinker Hatfield-designed Jordan Jumpman Diamond Mid has been enjoying some buzz this summer, and it’s set to officially debut on June 8th in a special Quai 54 makeup. Jordan Brand is a long-time partner of the famous Parisian streetball tournament — which is celebrating its 15th anniversary this summer — so the Diamond Mid is serving as one of the focal points of a collaborative capsule between brand and event.

Since the collection is inspired by the crossover between Ethiopian and French culture, each black mesh sneaker features a different flag-style detail on its heel tab: green, yellow, and red (Ethiopian) on the left, and blue, white and red (French) on the right. Further bold embellishments arrive via iridescent accents on the rear midsole and latticed support structure that climbs up the lateral/medial midfoot. The tournament’s signature print then appears under the translucent outsole and on the tongue liner/insole. Things are finalized by a large Jumpman logo on the lateral quarter, a smaller version on the tongue, and co-branded text hits on the slim tongue tag, plus Zoom Air cushioning in the forefoot to ensure the shoe plays as good as it looks. Expect a members-only release on Nike FR June 8th, and enjoy a full set of official images below while you wait. If you’re looking for more Quai 54-themed shoes in the meantime, be sure to check out their special takes on the Air Jordan 8 and Air Jordan 1 Mid as well. 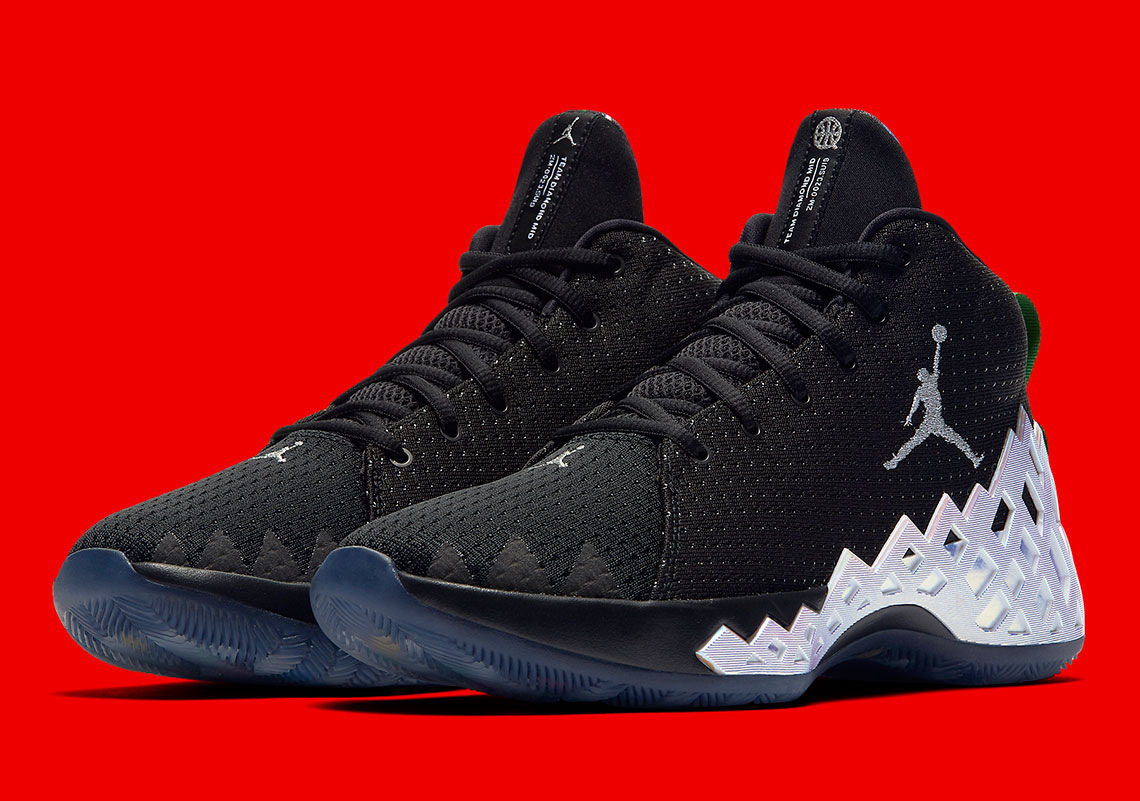 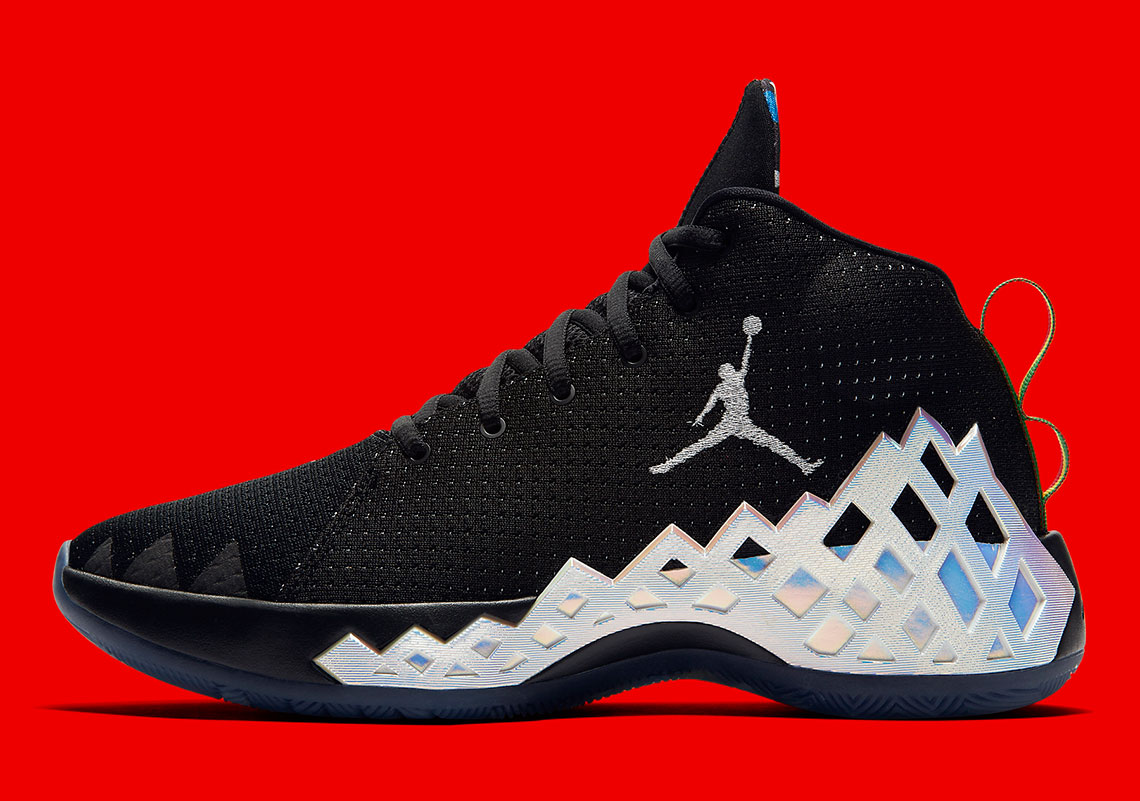 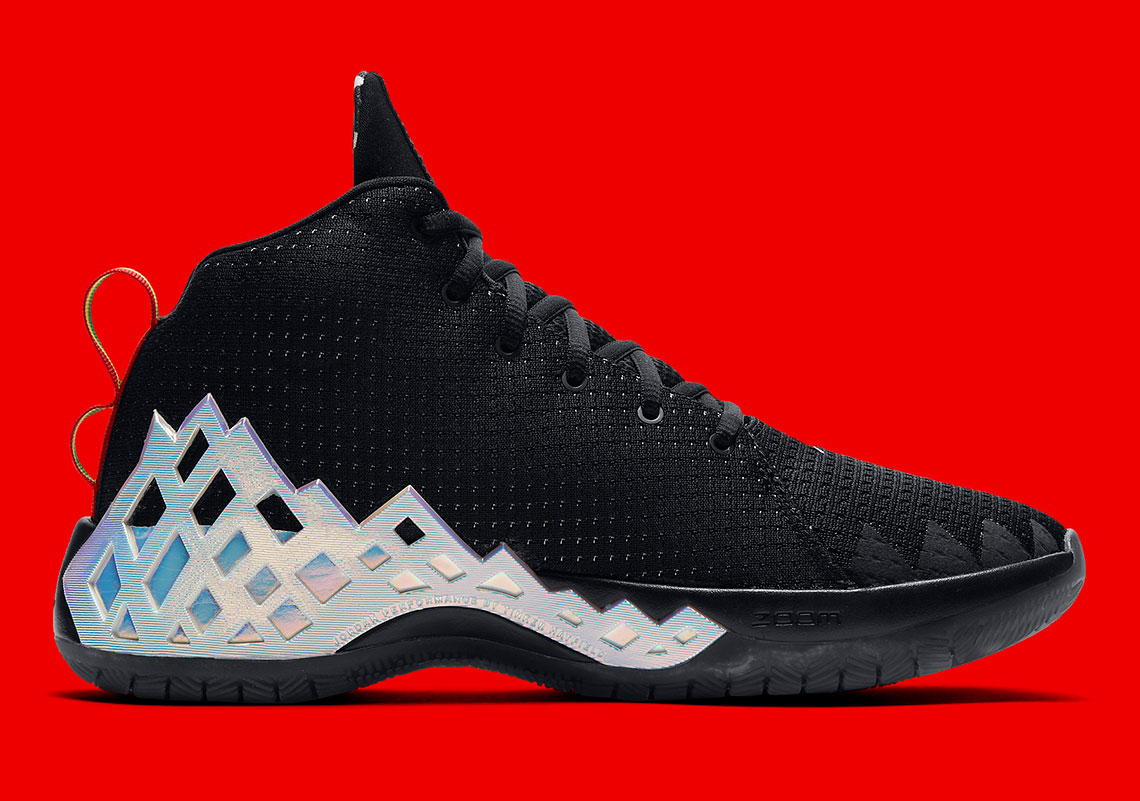 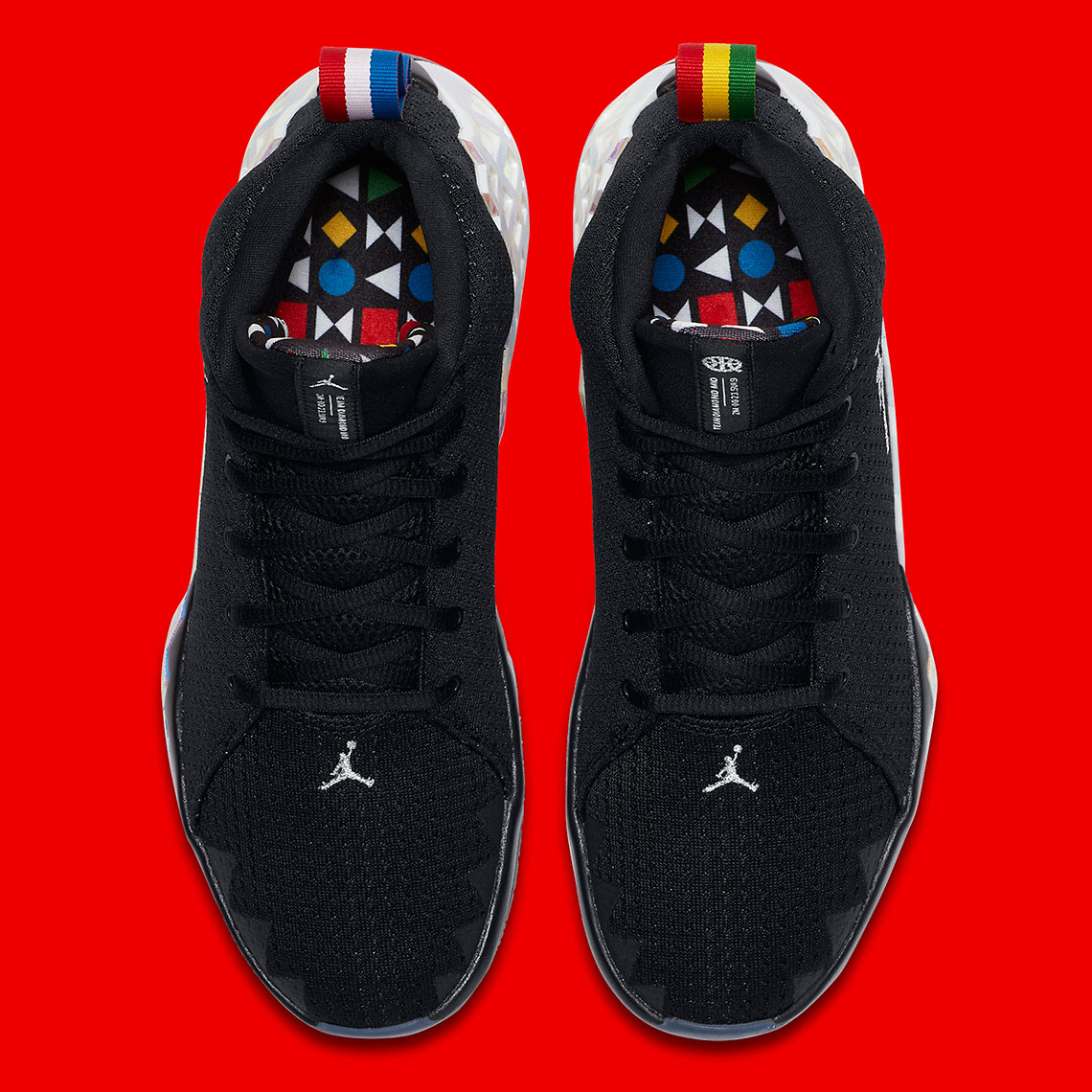 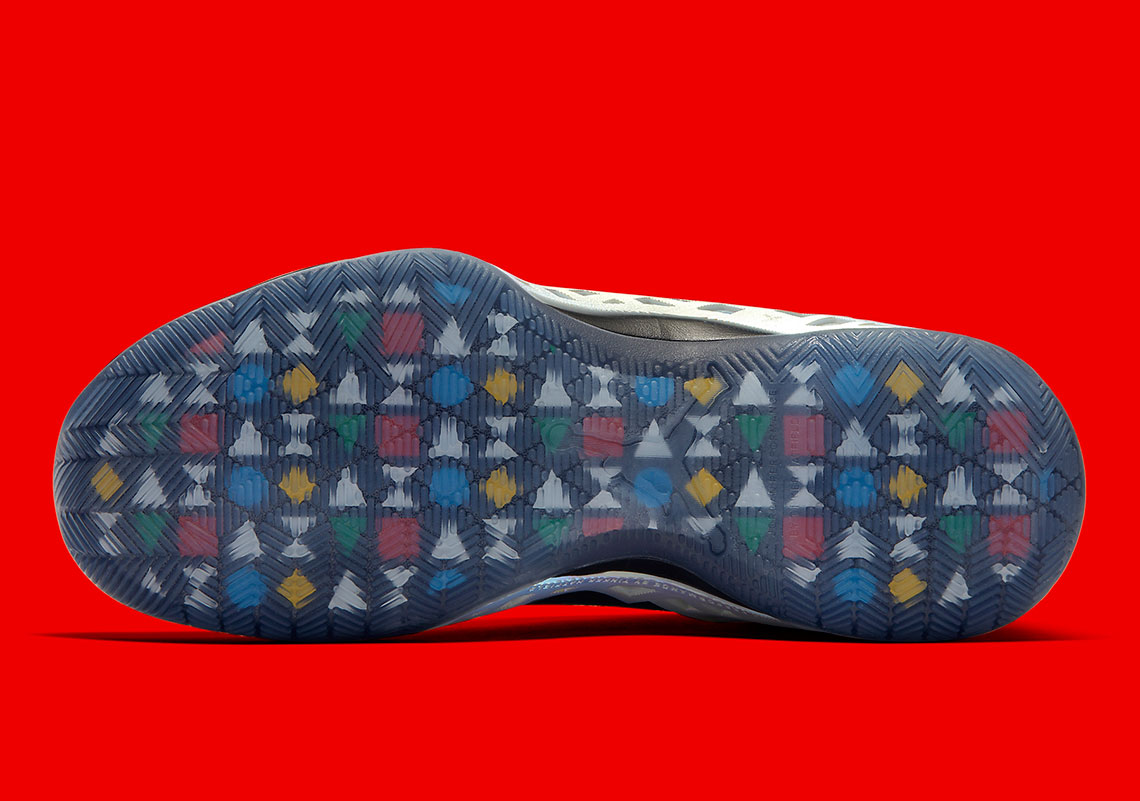 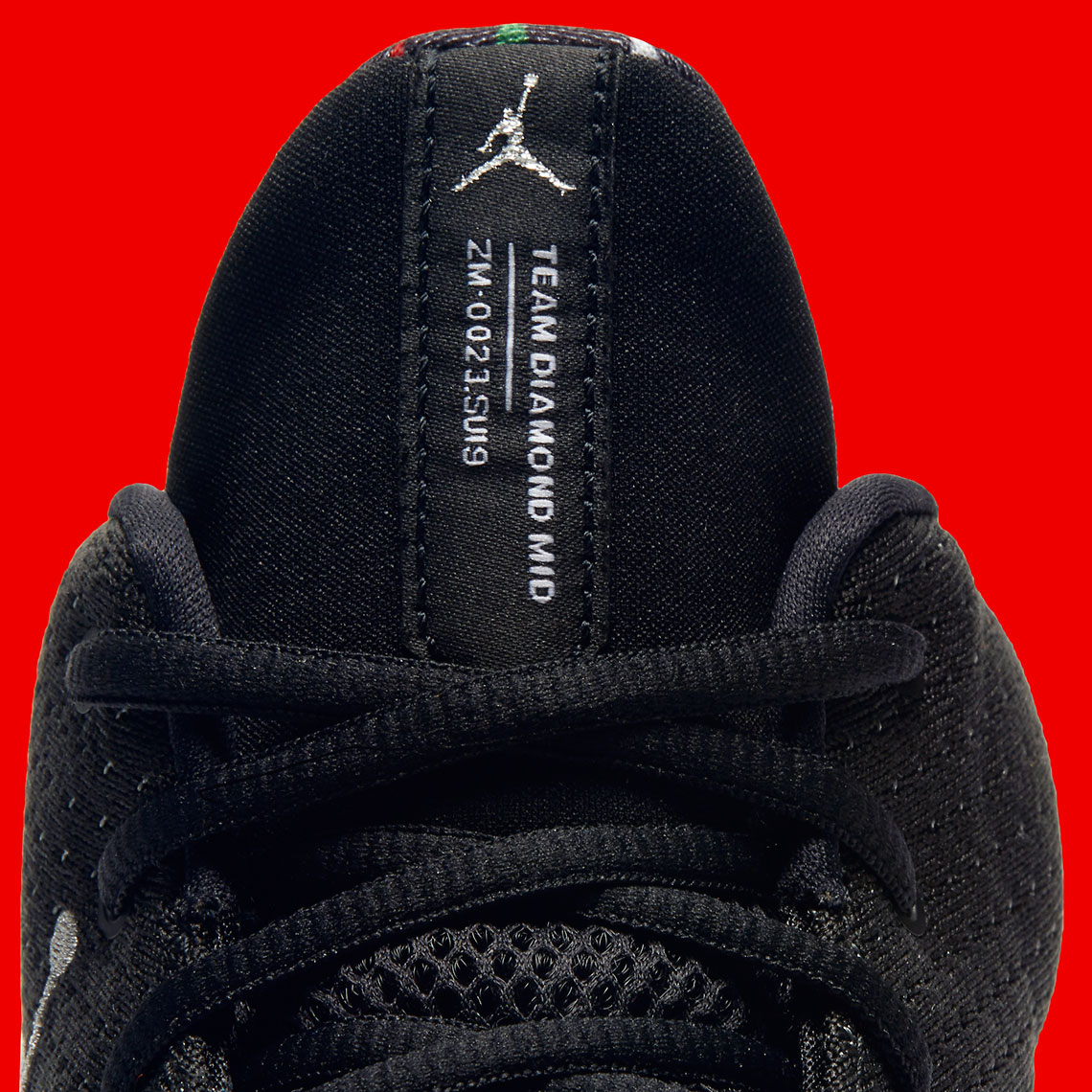