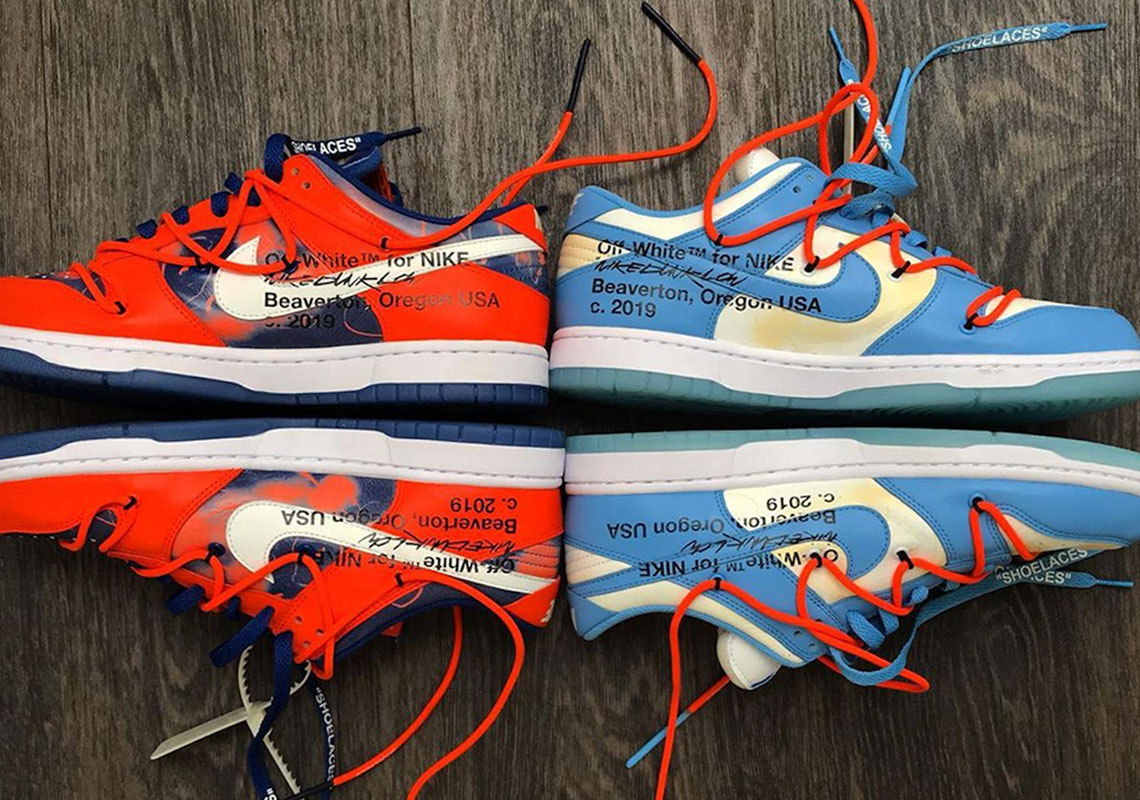 After dropping hints back in April, Virgil Abloh has unveiled yet another Nike collaboration at another Paris Fashion Week, revealing a titillating take on the Nike Dunk with famed graffiti artist Futura. Using two familiar color schemes as the base – the “Syracuse” and the “UNC” – Virgil decorates it with some familiar touches such as the bold print on the medial side and laces as well as the exposed mesh on the tongue, but fans of Futura might recognize some of his key contributions such as the “FL” (Futura Laboratories) placed on the heels, his signature on the translucent outsoles and the insoles, and his landmark style of type used alongside Off-White Helvetica.

The Dunks lows also appear to be treated with some vintage flair; the Carolina pair features some yellowing around the shoe, a common sight among older Dunk low stock, while the orange/navy pair features blotches of orange on the blue panels – a regular detail on Futura’s artwork. See a detailed look at the shoe ahead and stay tuned for a release update.

Updated January 12th, 2021: Both colorways of the Off-White x Futura x Nike Dunk Low are confirmed to release in 2021. 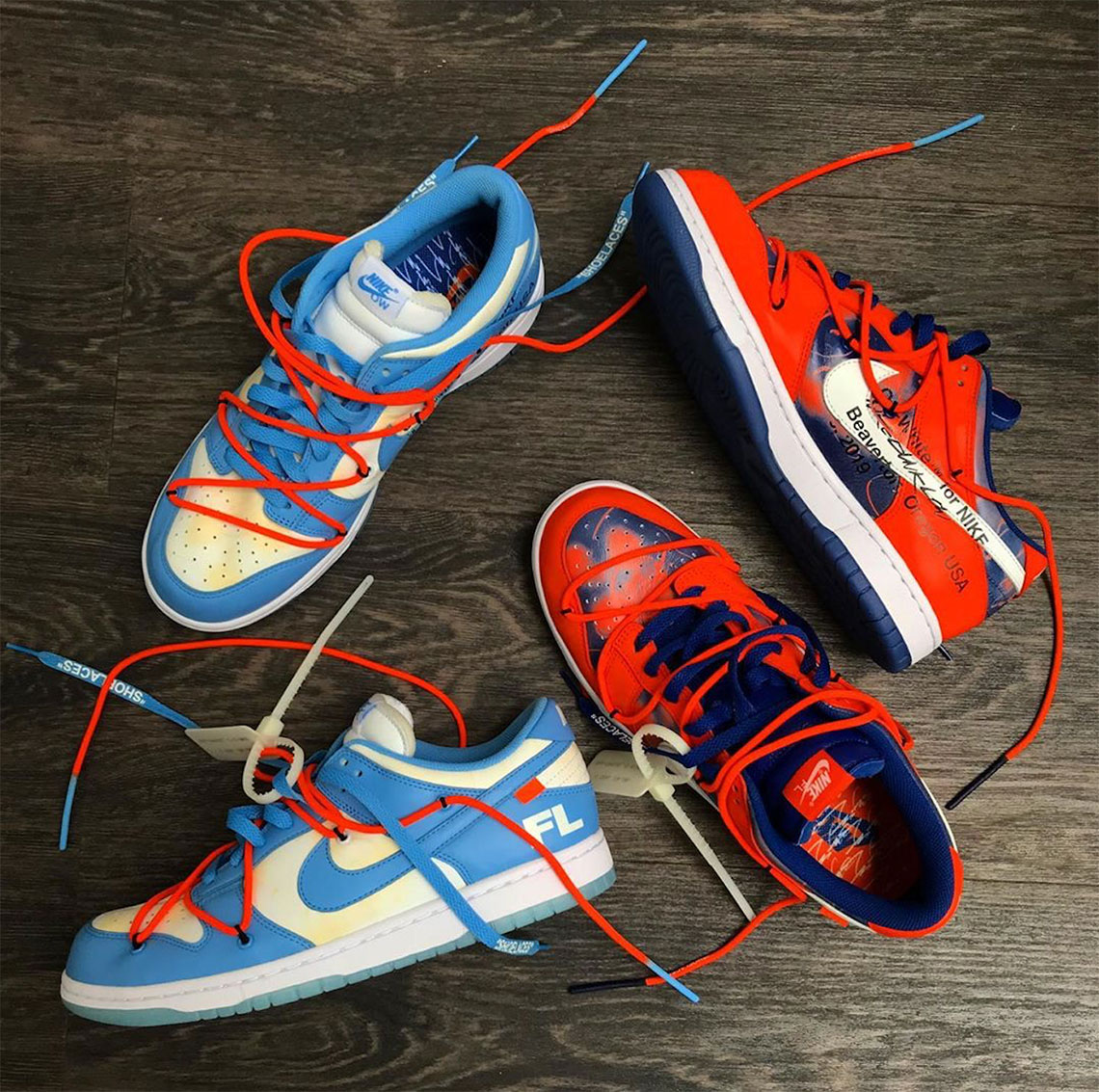 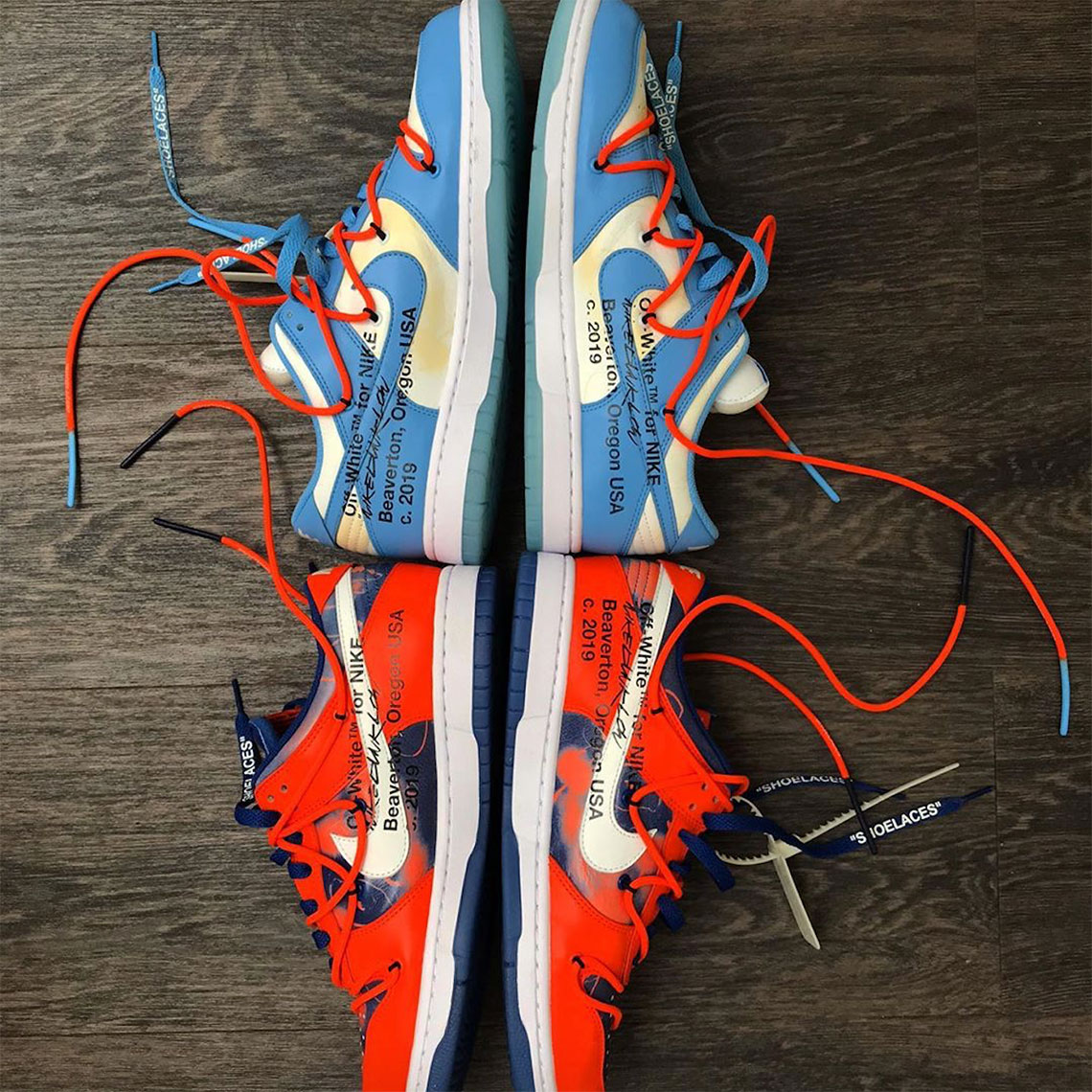 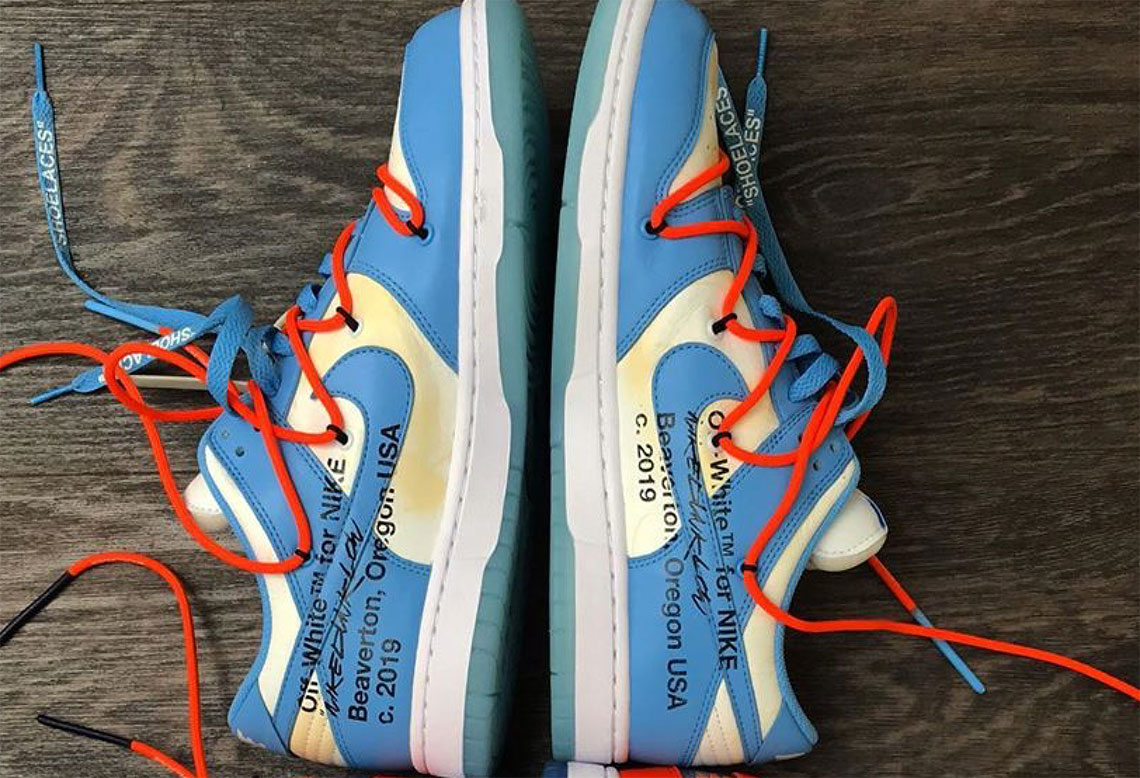 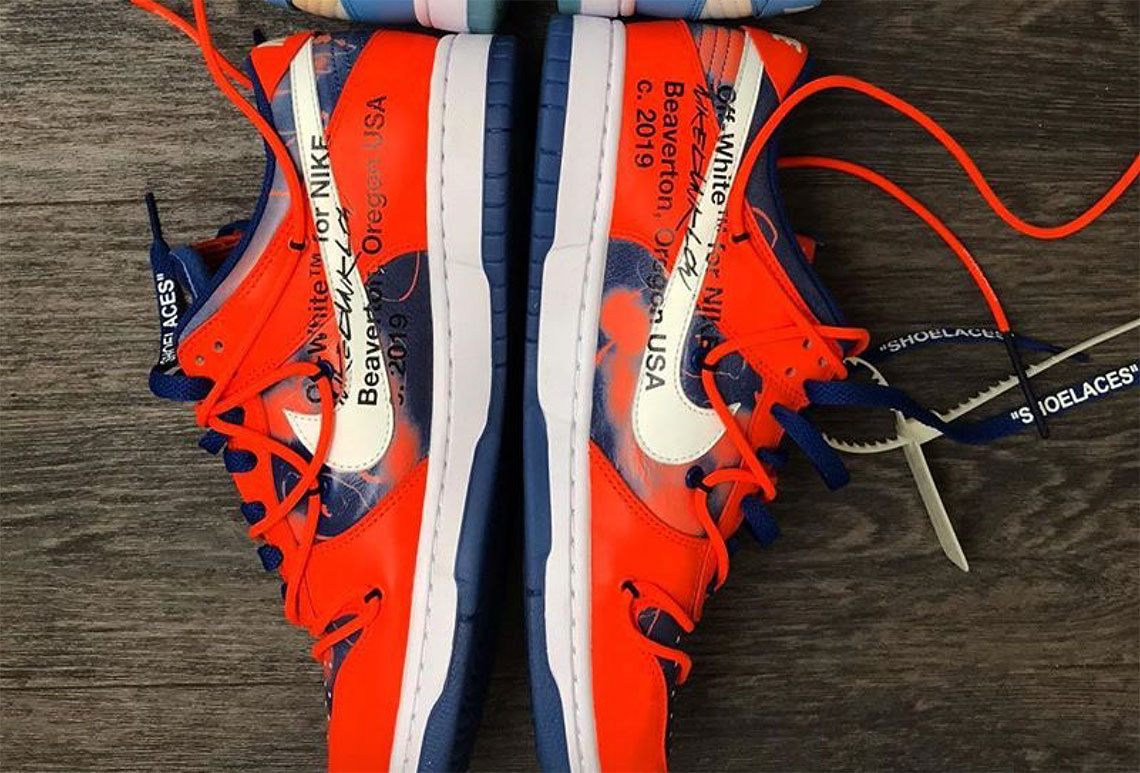 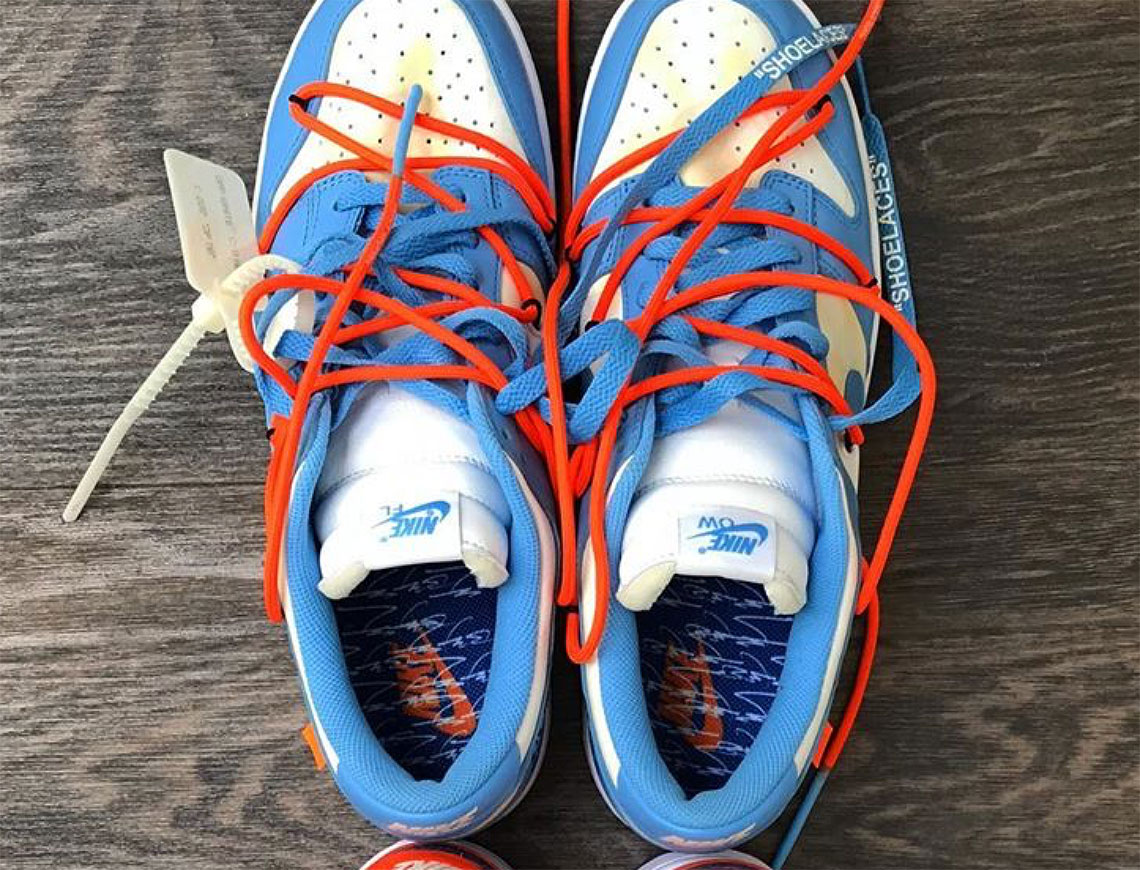 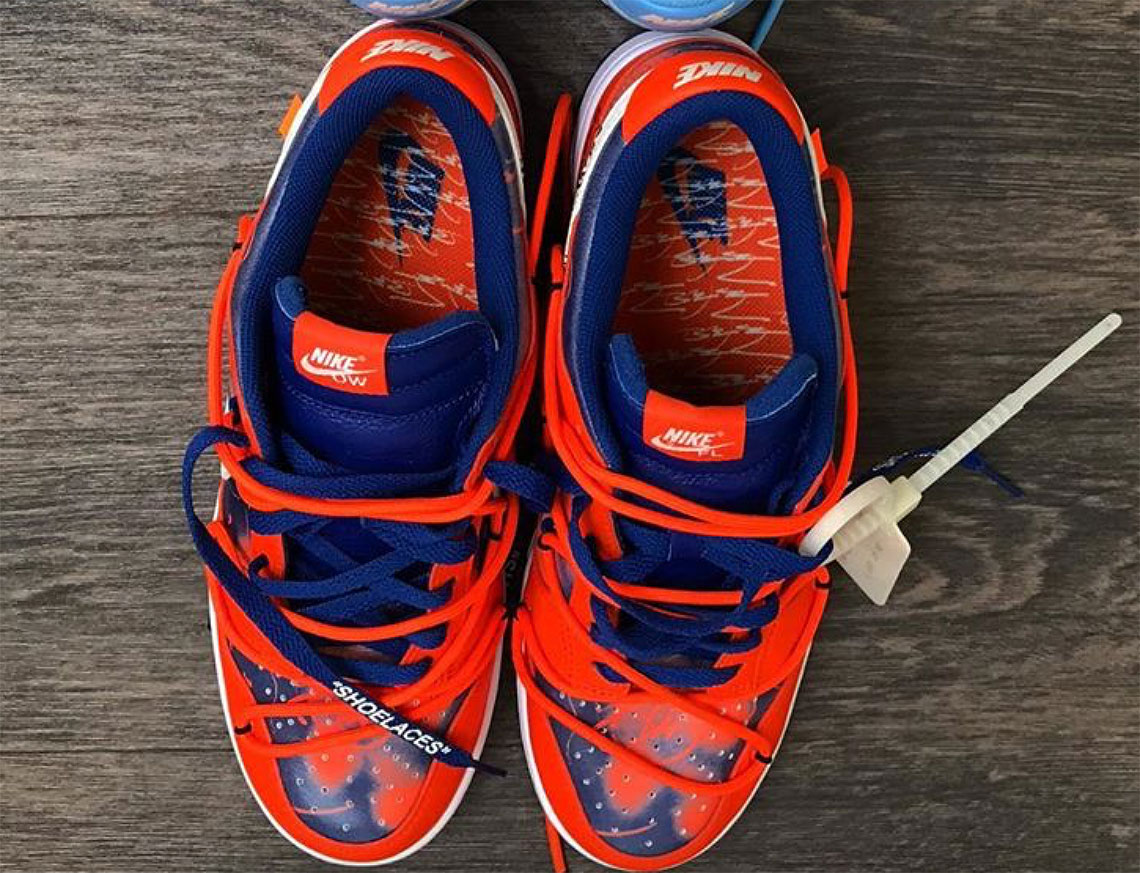 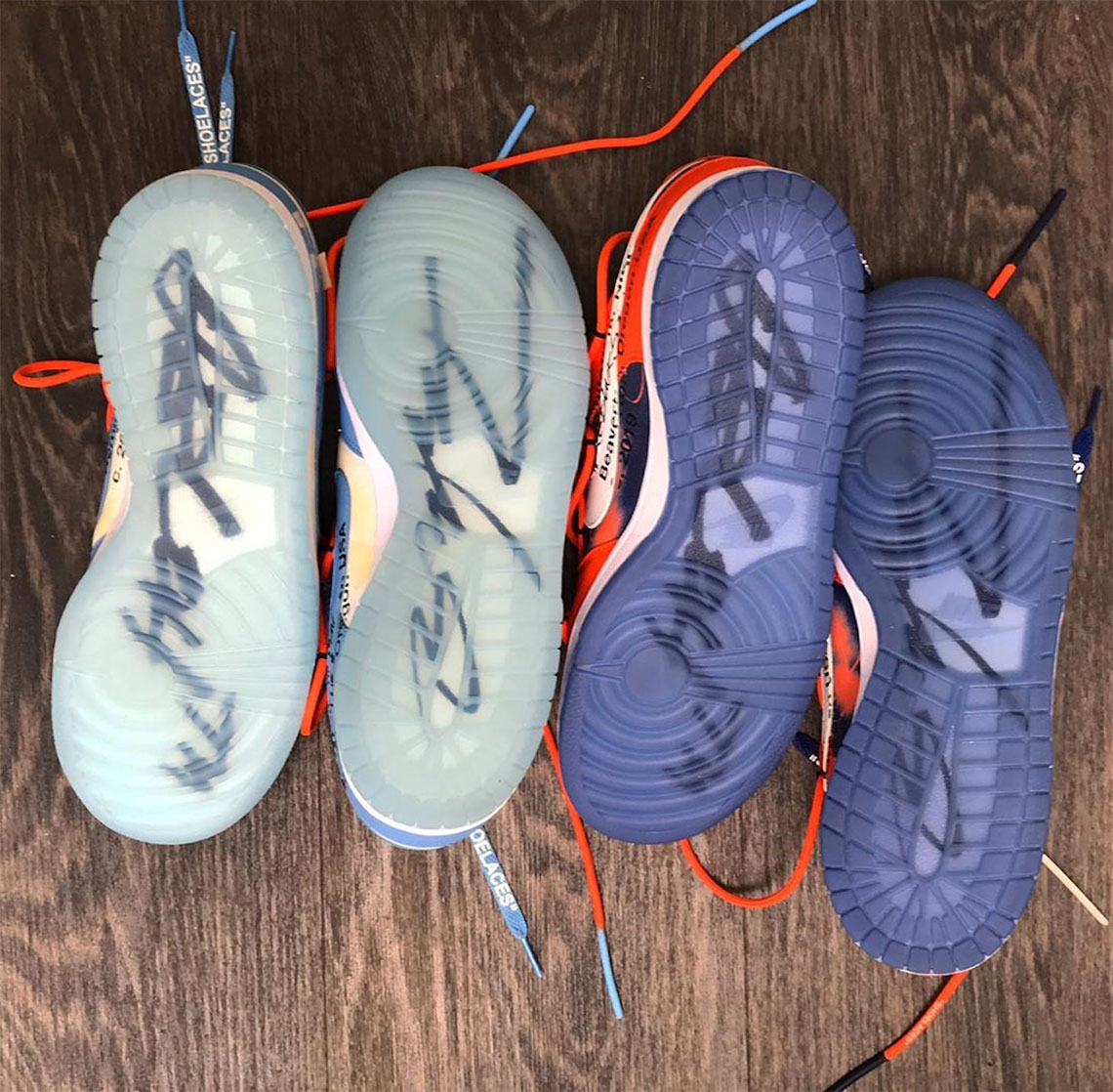 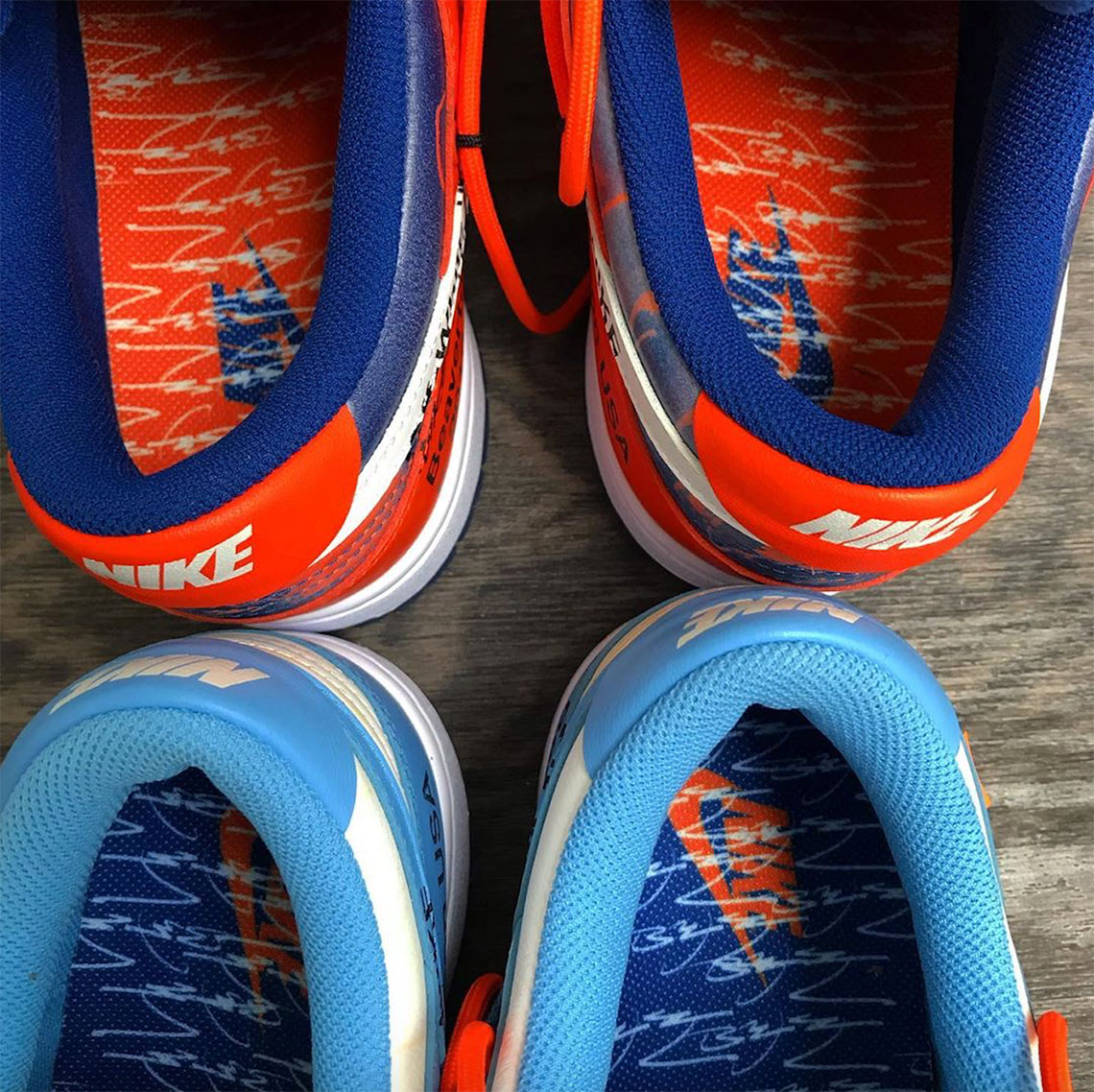 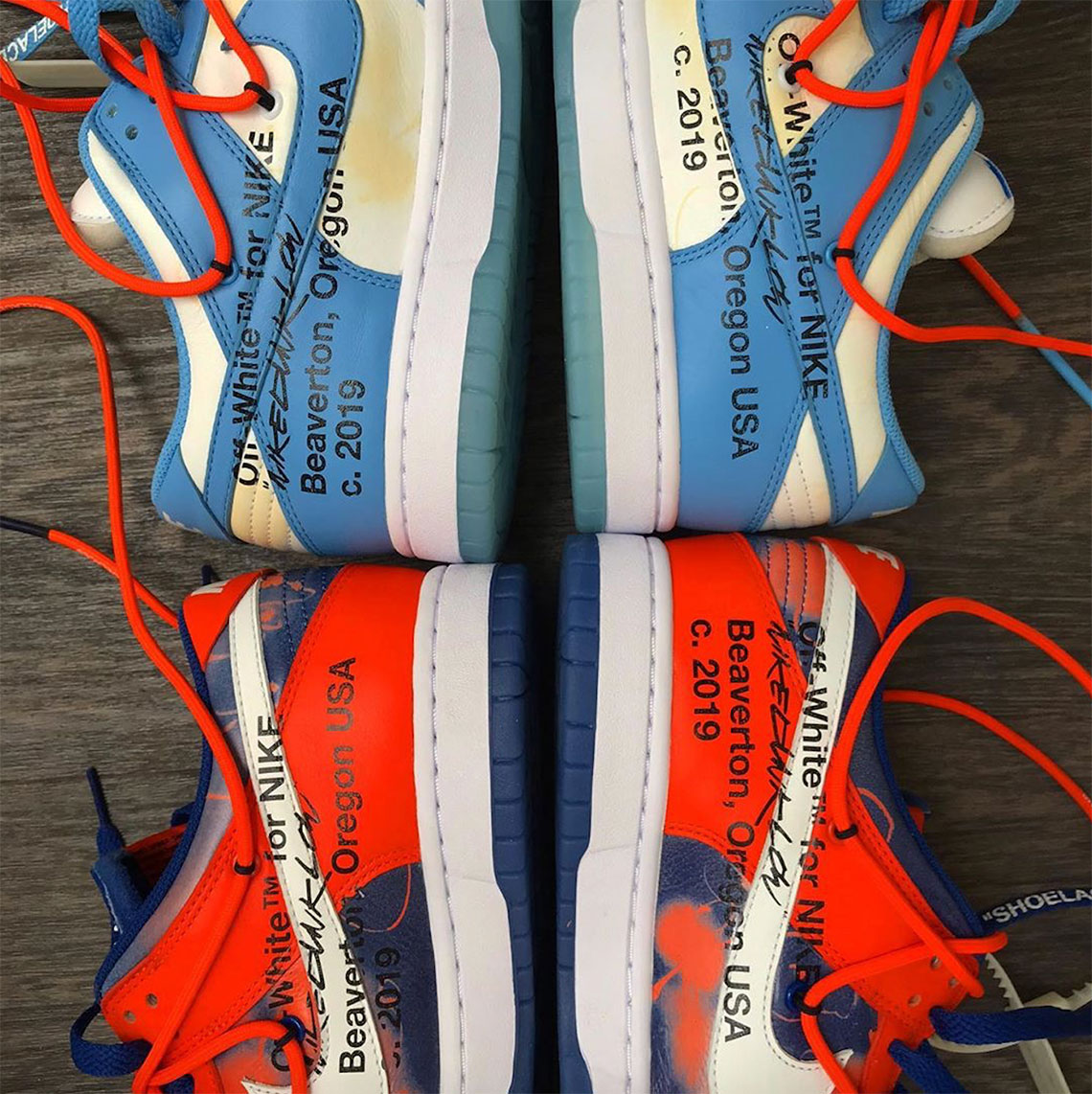 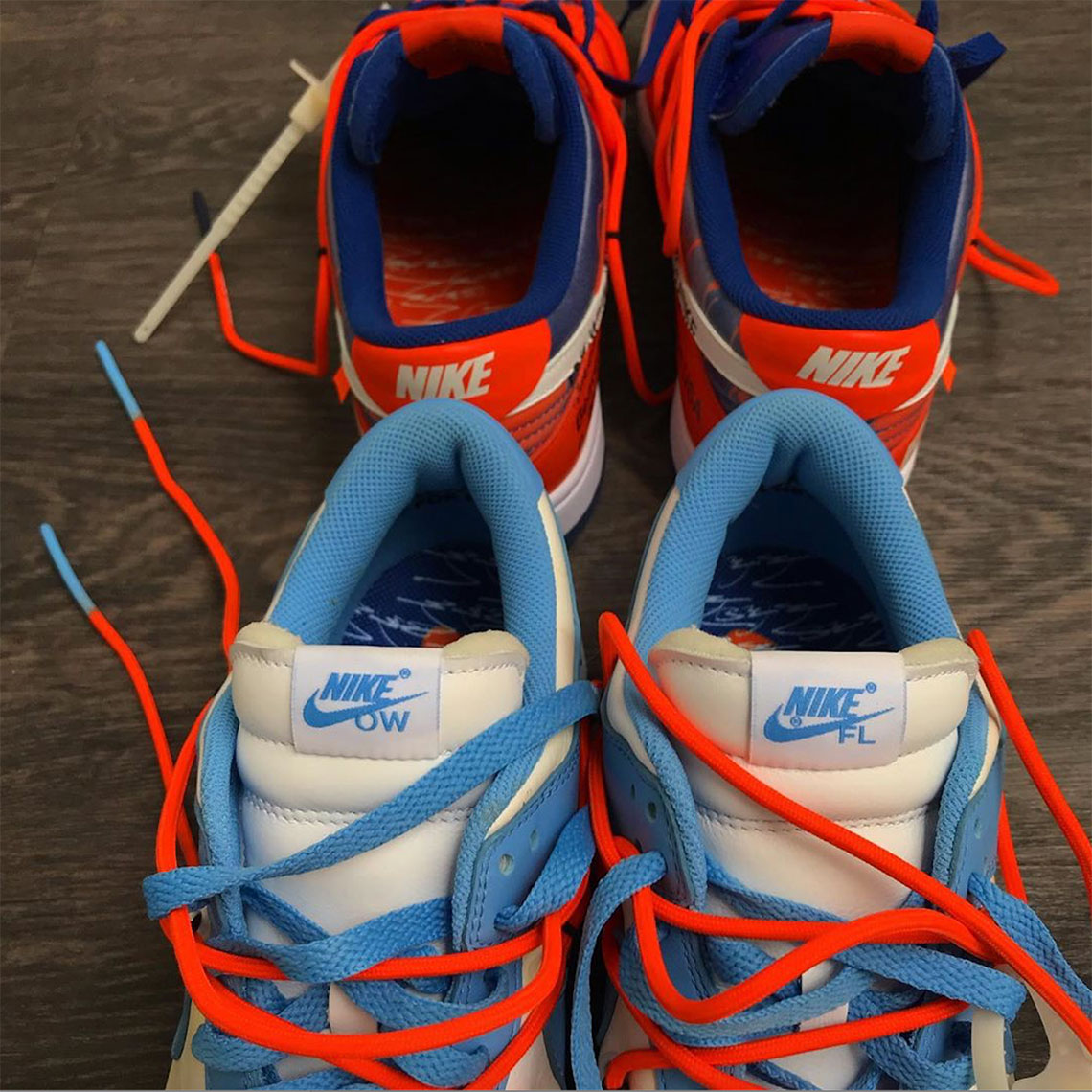