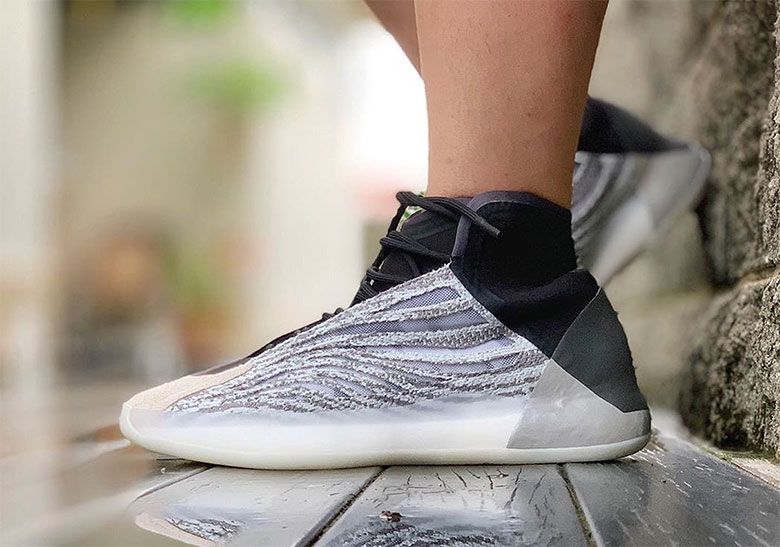 In its nearly five-year long history, many models from the adidas Yeezy line have garnered a great deal of rumors, speculation, and anticipation, but few — if any — silhouettes have remained as elusive as the Yeezy Basketball “Quantum.” First debuted by Kanye West himself during a brief return to Instagram back in 2018, the Yeezy Basketball is a high-cut hoops shoe with a two-tone grey knit pattern and Yeezy 700-style suede toebox over a mesh base and reflective lacing system. The heel and collar mix a synthetic material with further hi-vis detailing, and the milky midsole/outsole appears as if it houses a full-length Boost cushioning system, a hallmark of most Yeezy releases. Although the “Quantum” was indeed debuted by ‘Ye himself, it’s most recently and most frequently been spotted on the feet of his wife Kim Kardashian. West has long expressed his desire to make sports footwear, and he has released Yeezy 350 football cleats in years past, but as the biggest athletic footwear market in the world, basketball shoes are surely a step up. The Yeezy Basketball has reportedly already been banned from the NBA as its generous dose of reflective accents interfere with lights and flash photography, but that league-imposed ban certainly won’t whet the voracious appetite of West’s footwear fans. Get your clearest look yet at the Yeezy Basketball “Quantum” right here, and stay tuned to our Sneaker Release Dates page for more updates as we may very well be seeing a release this summer. 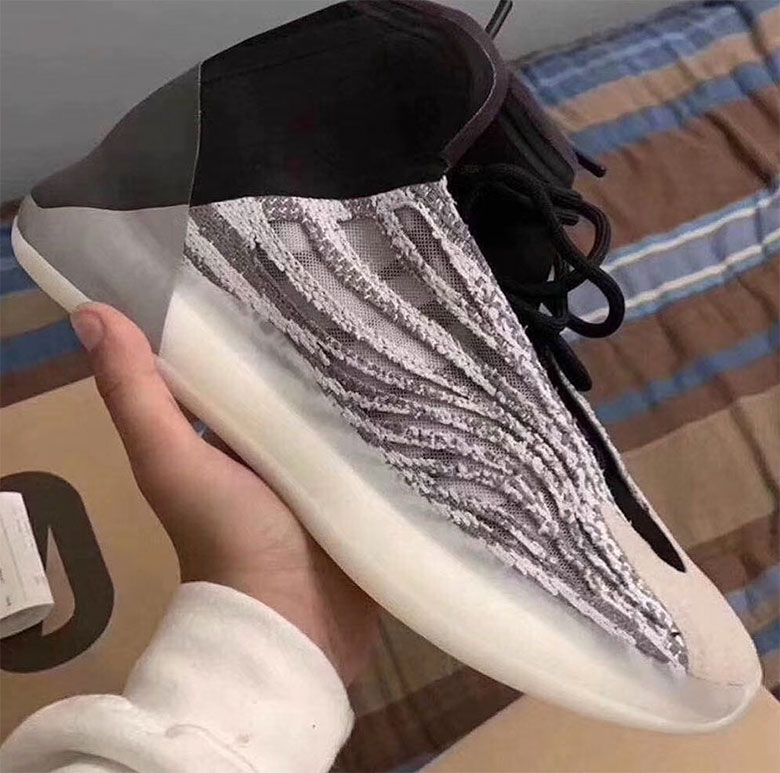 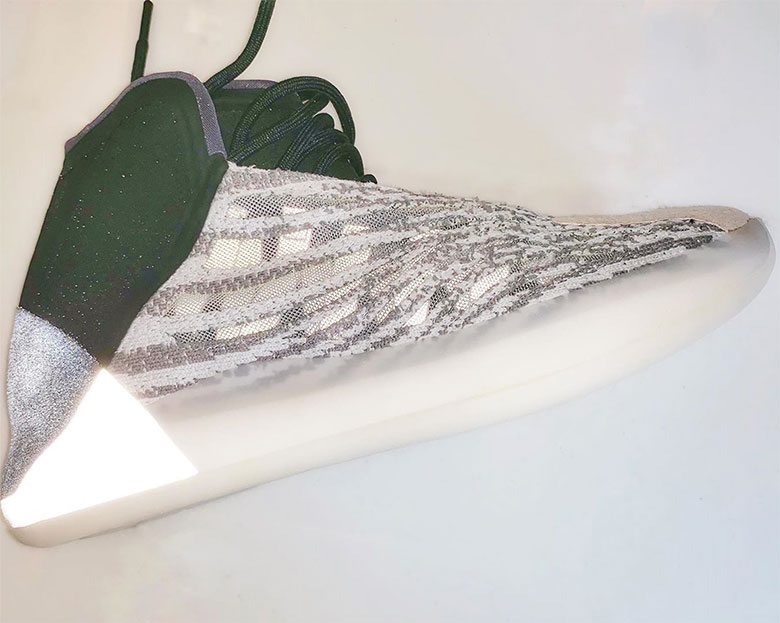 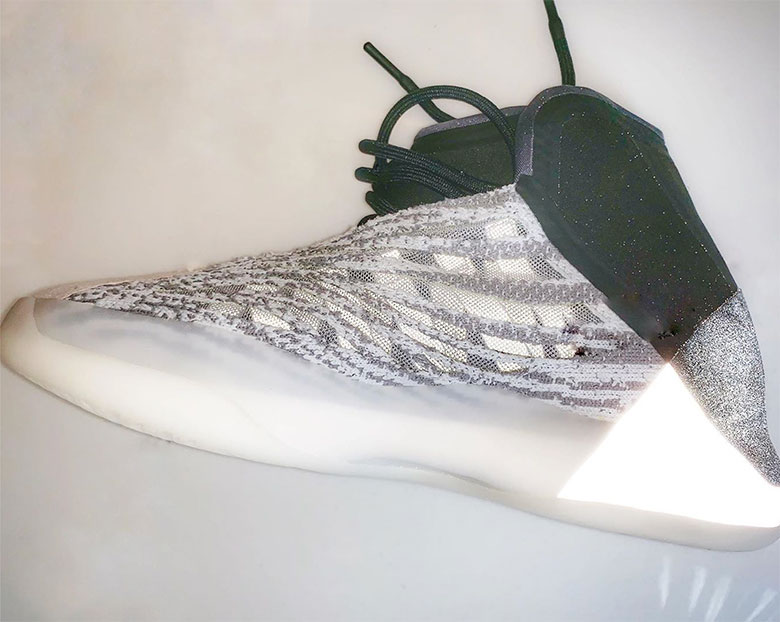