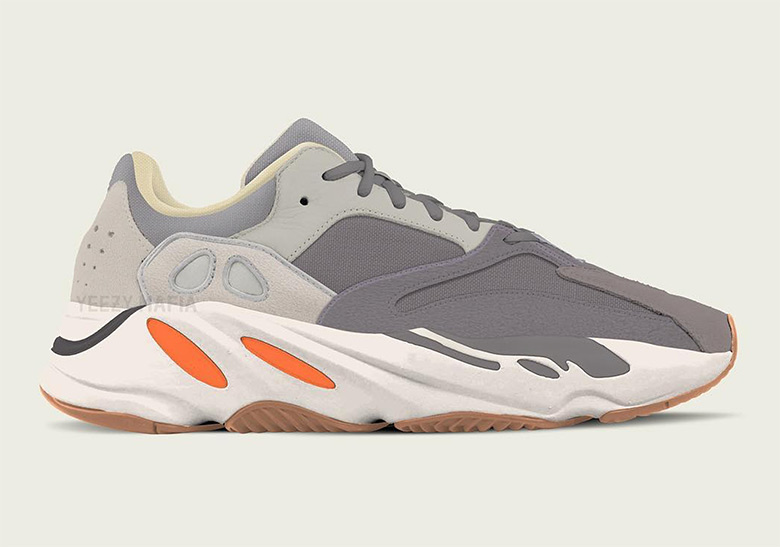 Thought the way of adidas Yeezy 700 drops was over? Yeezy Mafia has just revealed the all-new “Magnet” colorway on the high end “chunky dad shoe”, and it’s got just the tiniest pop of color that should be somewhat of a breath of fresh air from the steady streak of darker, neutral tones. While the upper still bears a mix of grey, tan, and beige hues, Kanye added orange hits on oval indents on the midsole that give it a “Beluga 2.0” sort of appeal, while the lining takes on a pale yellow hue. The chiseled midsole itself is mostly white, save a few greys that spill over from the upper, while the outsole is the same gum finish seen in the previous “Utility Black” drop. While a release date hasn’t been confirmed just yet, this likely part of the adidas Yeezy product line for the Fall season (July, August, September). Stay tuned for updates.