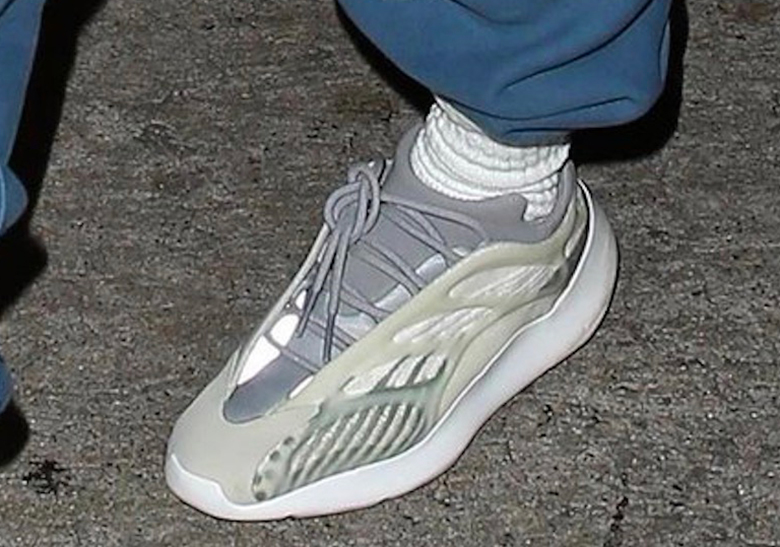 It’s been a fulfilling week for Kanye West‘s legions of faithful fans, as after the multihyphanate creative force showed off 1000-plus sneaker prototypes in a recent interview with Forbes, he recently stepped out with a new adidas Yeezy model on foot as well. The overall shape of the Yeezy 700 line is evident on the contemporary silhouette’s upper, which features a neoprene boot-like base with an overlaid plastic cage for support and stability. A white/tan/grey color scheme ensures the line’s signature neutral-toned aesthetic is intact as well. Down below, however, the midsole offers a sleek and sculpted look that’s frankly more reminiscent of Nike’s Zoom Flys than anything we’ve seen from West’s adidas footwear in the past. There’s also been plenty of speculation that this may very well be the adidas Yeezy Boost 700 v3, but nothing has been confirmed as of yet. Get a first look below, keep it locked right here for more info on this new makeup as it becomes available, and be sure to check out our Sneaker Release Dates page for info and updates on other upcoming Yeezy drops as well. 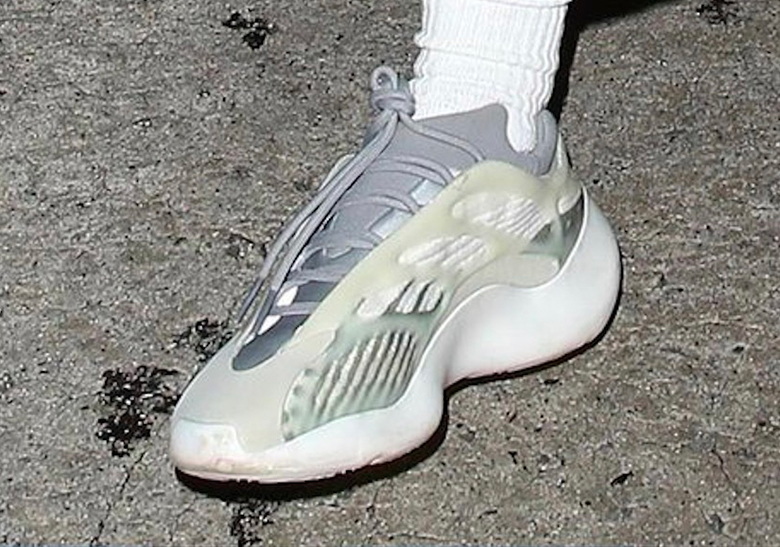 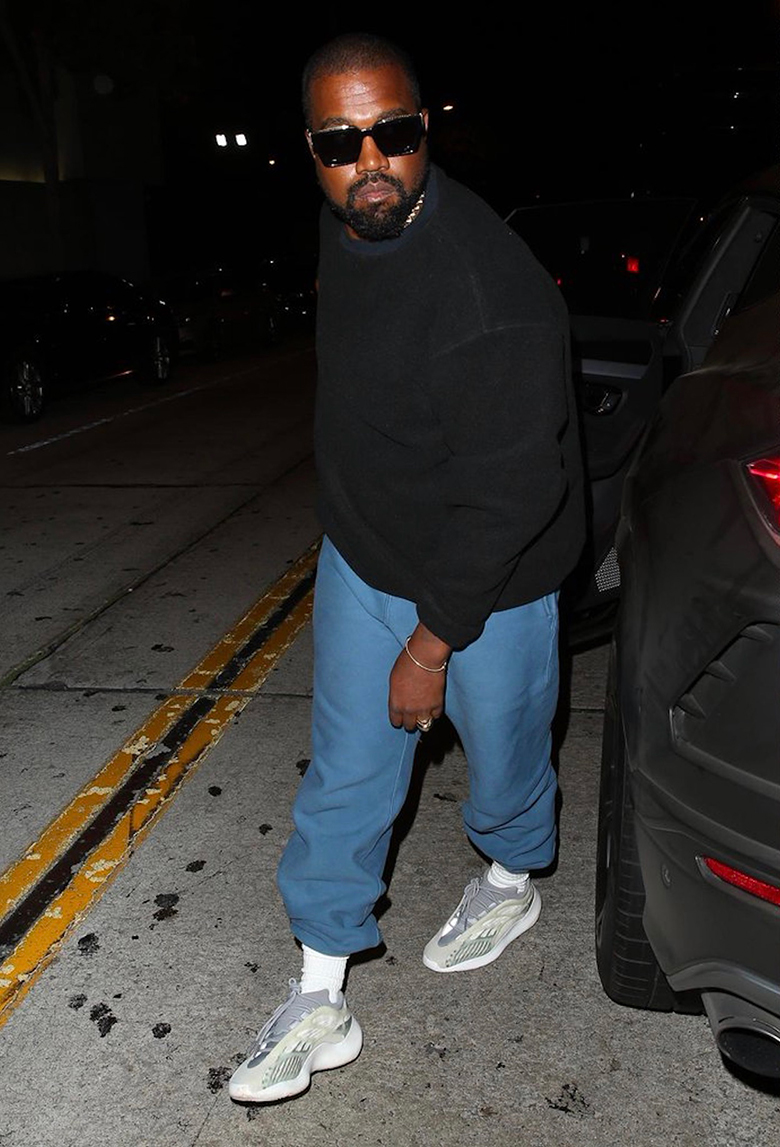