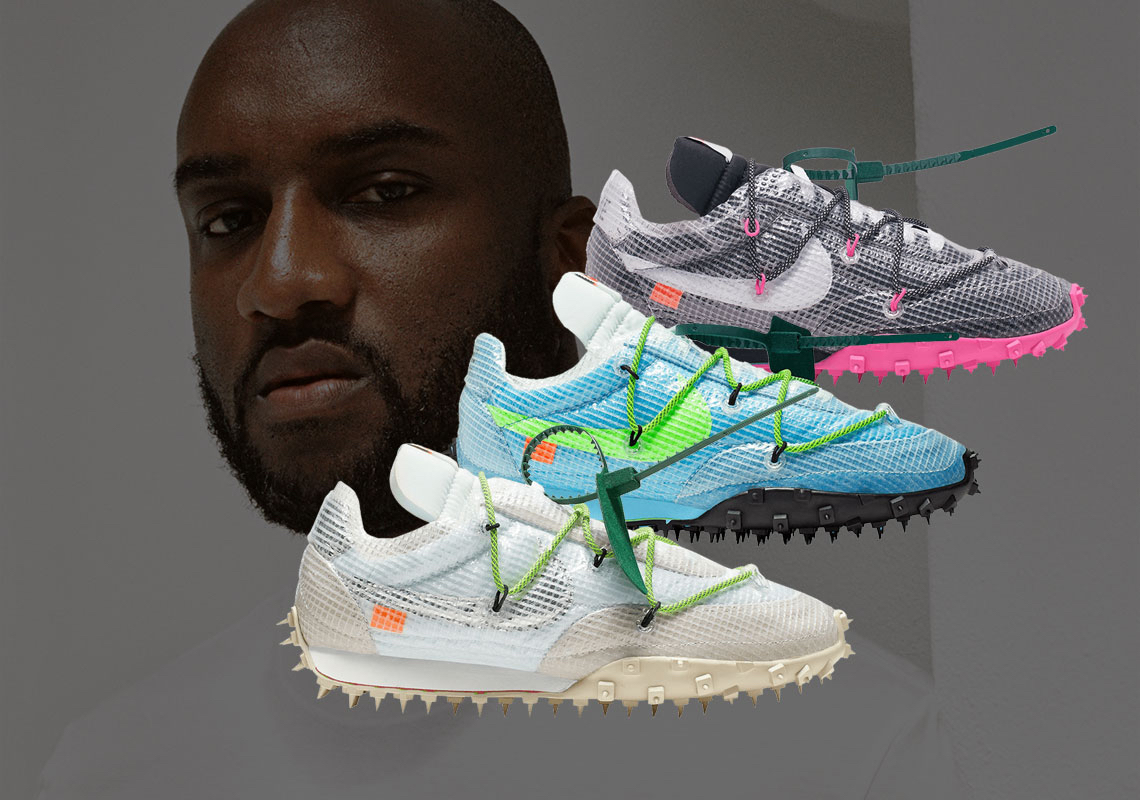 Seemingly closing the doors to their coveted “The Ten” series, Off-White and Nike have since picked up a more athletics-focused aesthetic with the inception of the Terra Kigers and now the similarly stylized Waffle Racer. In departure from the doubled sacai renditions, the low profile runner bears an equally involved sense of modification: uppers, which bear their standard nylon at their base, are covered by a gridded, translucent netting as they faded an underlying shade of either white, blue, or black. Their sole units take on the same runner spikes as they aforementioned despite its less substantial structure while both their color and matching accents align under a more neon-tinted umbrella. Standard type branding fixes atop the swoosh rather than hiding behind, effectively making one of Virgil Abloh‘s more loud collaborations. Though their release was heavily speculated for the better part since their introduction, the pair has been rumored by @pyleaks to drop later on October 24th. 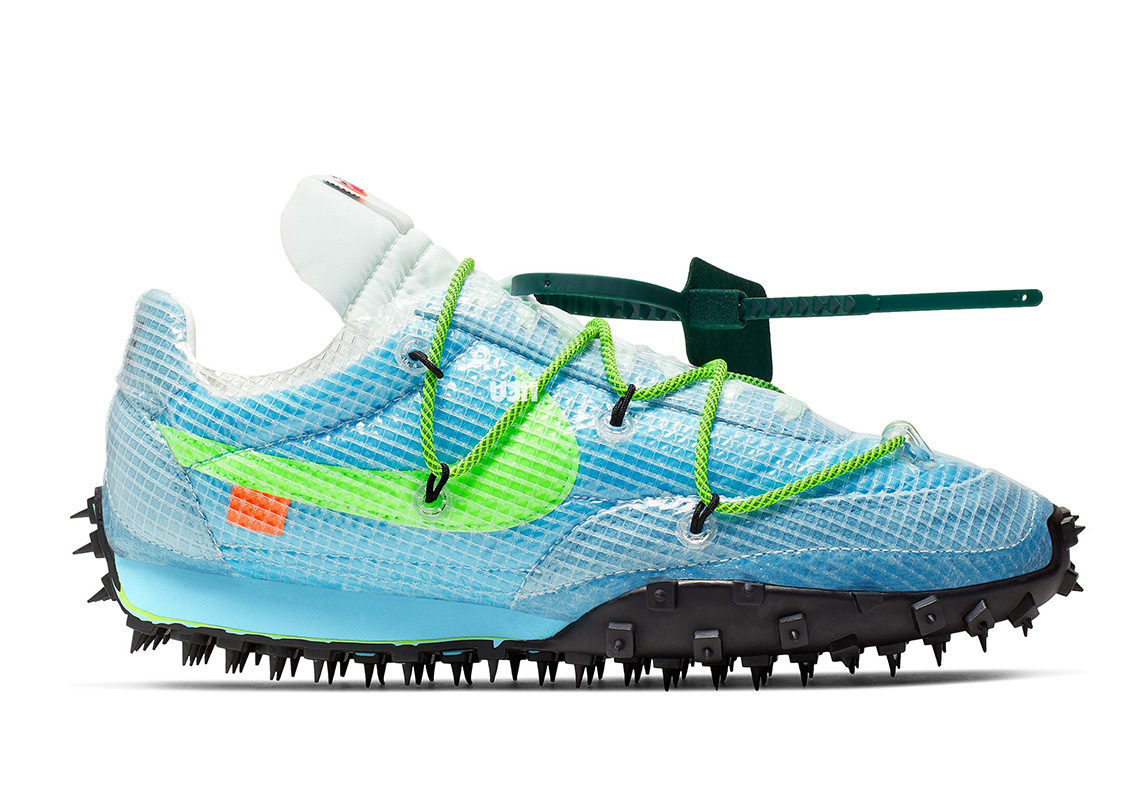 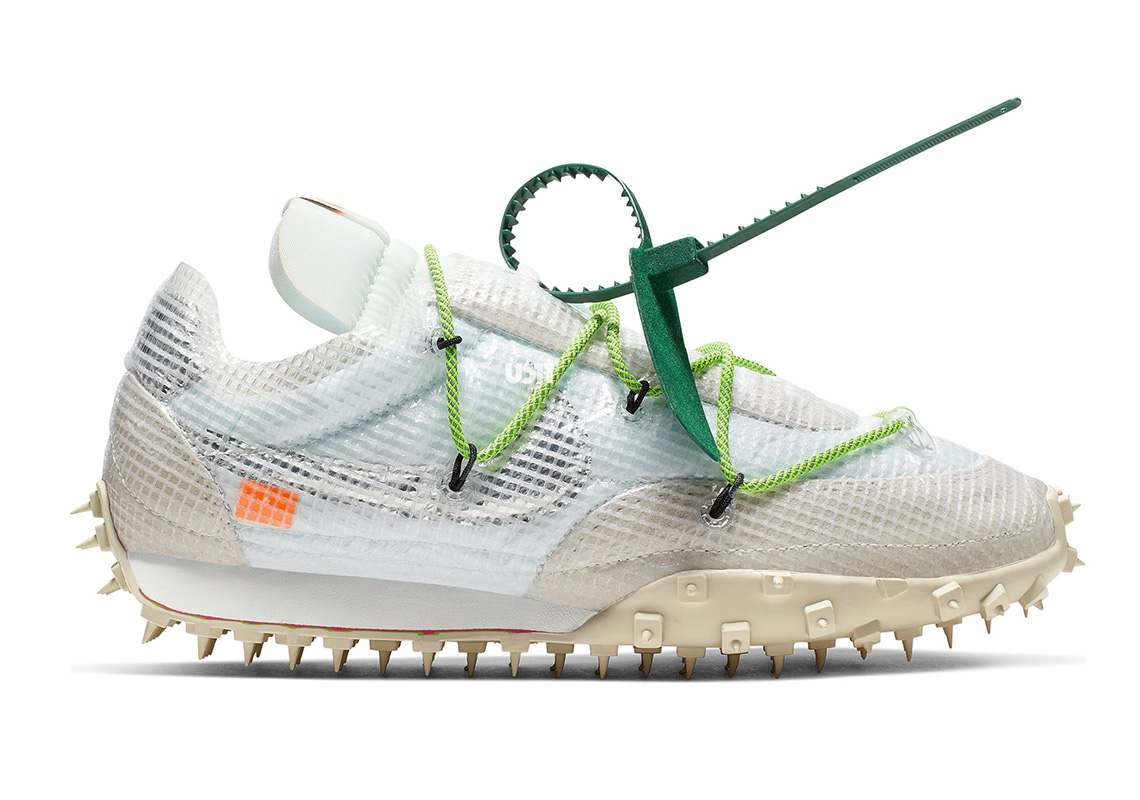 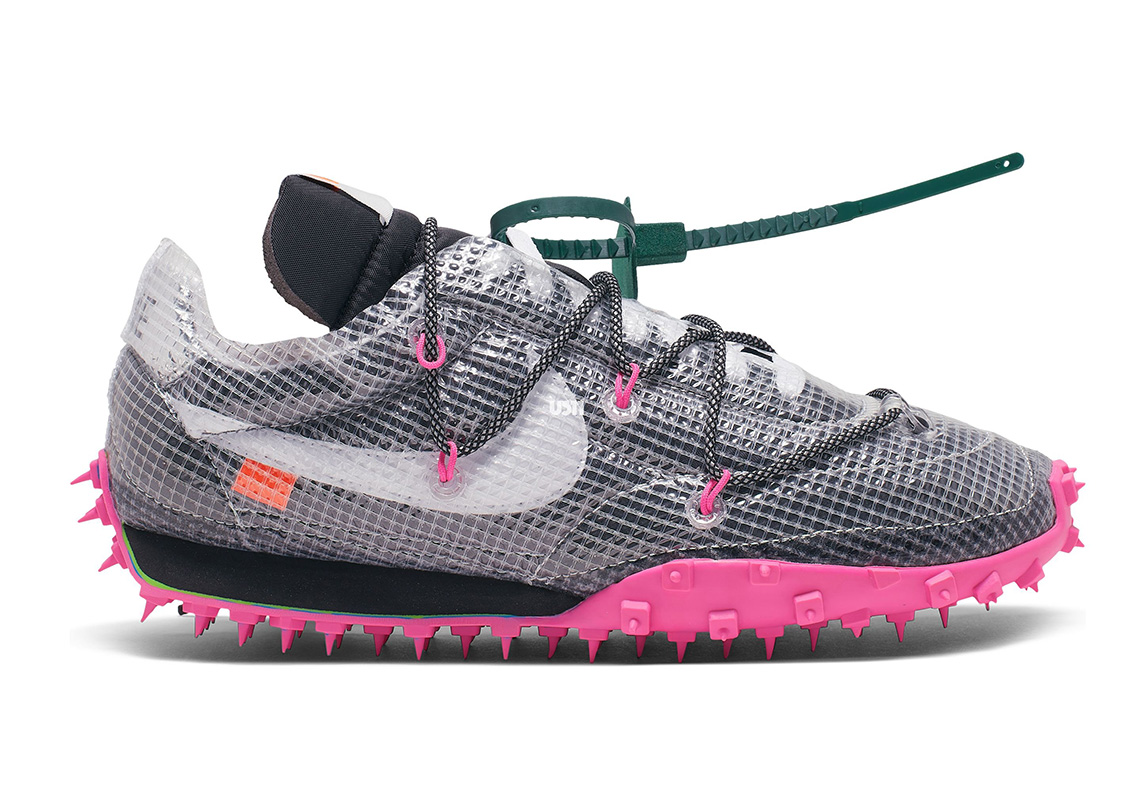