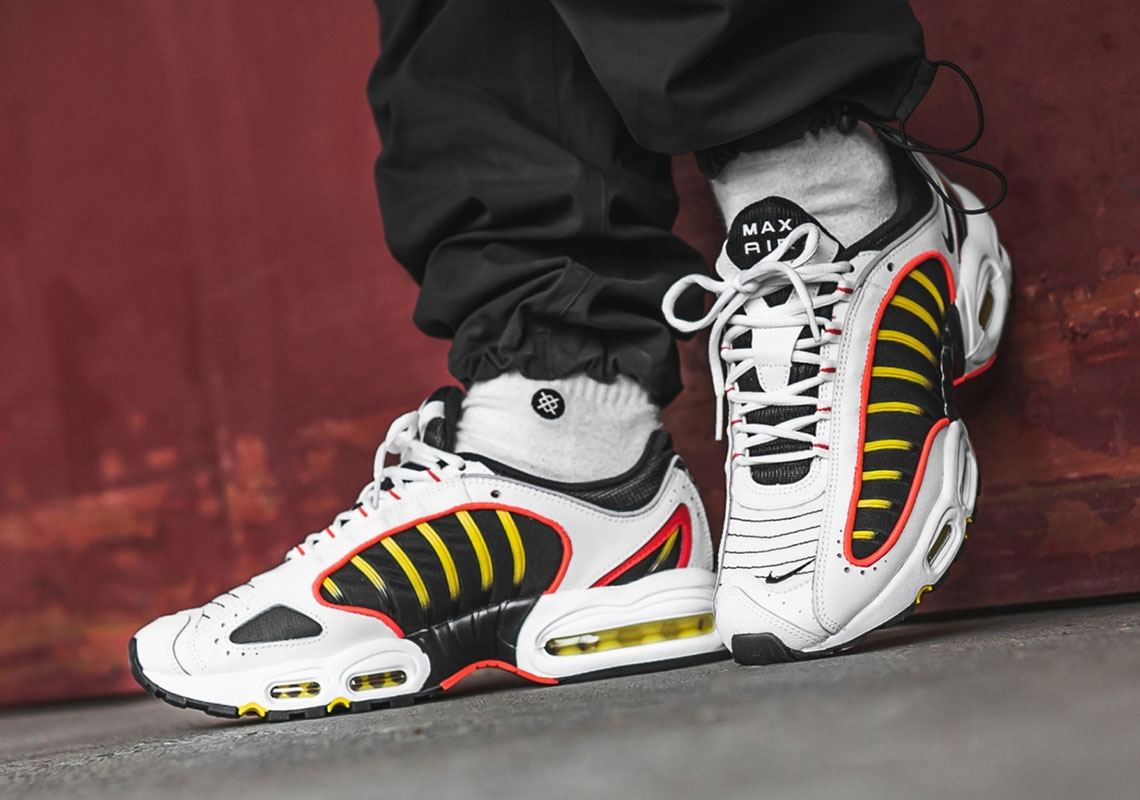 Currently in the midst of celebrating its 20th anniversary as part of the Nike family, the Air Max Tailwind IV has emerged once again in this brand new three-toned colorway. Keeping its base to a minimal with the use of a classic white leather merged with black mesh, the striking hits of red present throughout the piping in addition to the vibrant yellow accents dousing the ribs and Air Units give these Tailwinds some energy. Although a part of two separate categories within the Swoosh’s footwear lineup, this particular colorway loosely reminds us of the Air Bakin due to its similar color scheme and ribbed-like construction, although their connection stops there. Grab a detailed look at the pair here below, and expect these to roll out at select Nike retailers on October 10th for $185 USD. 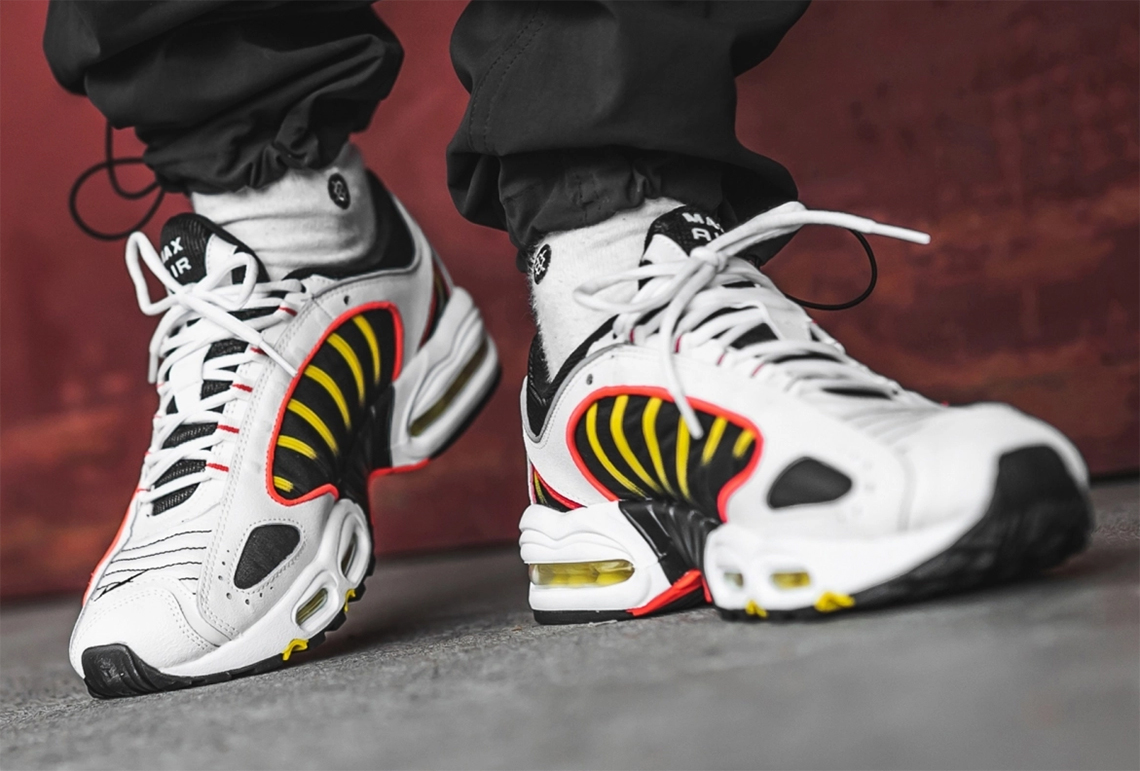 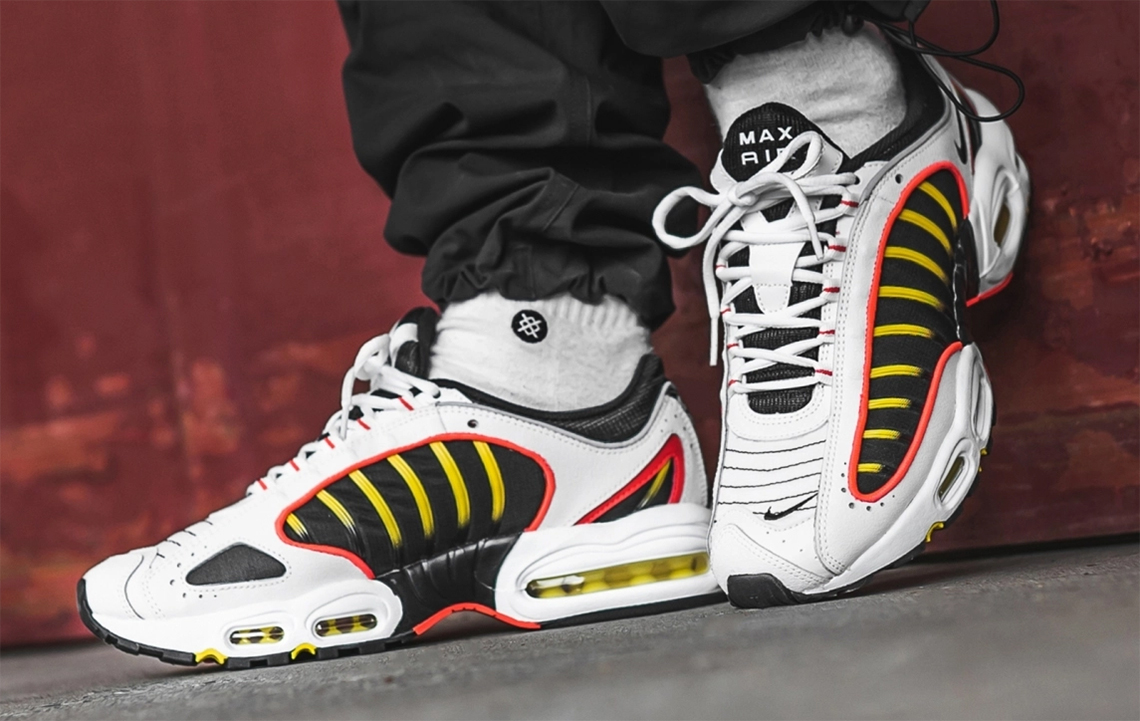 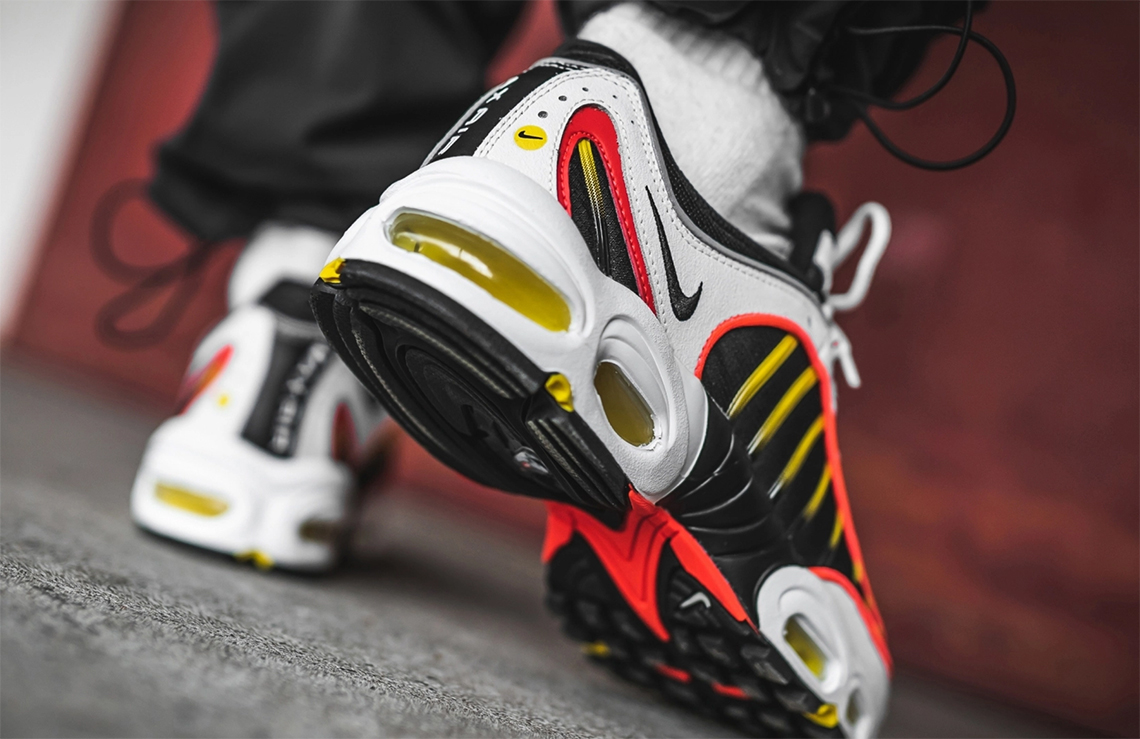