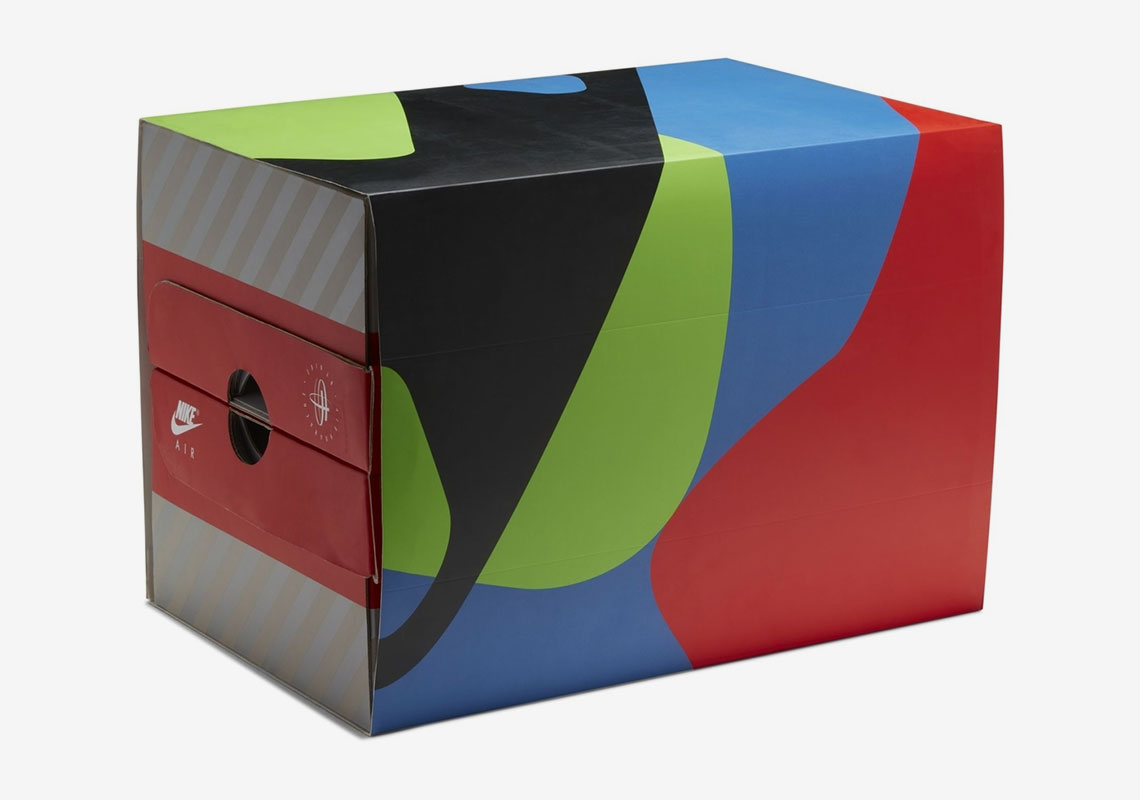 Never one to shy away from playing with its classics, Nike further explores OG colorways and their originating silhouettes as they set up quite a detailed roll out of an Air Max 1 and Air Huarache crossover. Released in tandem — the same encasing box with a handful of goodies — the two, which impart their most iconic schemes, have surprisingly come into the other’s own. The AM1, though not a shot for shot recreation, comes extremely close as the most recognizable hues of blue and volt arrives seated at the heel counter, tongue, and lining. Black swooshes make up for the lack cages with overlays and base layers dressed in more fitting neutrals. Its sibling somehow appears even more identical with the bottom half of the upper arriving fully in University Red. Above, just as its muse, hits of white and extremely soft greys can be found in a simple yet near perfect translation. Grab a detailed look at each and the complimentary socks and retro imagery right here and then stay tuned for its Nike.com release likely in the coming months. 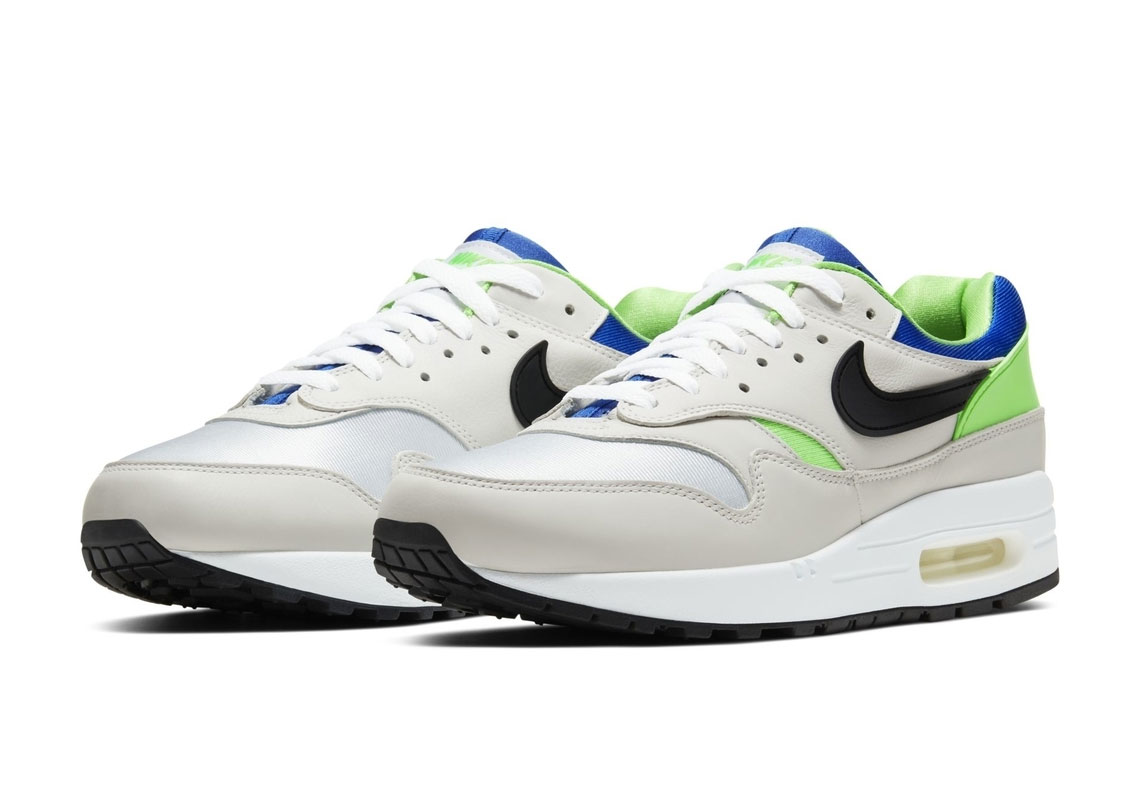 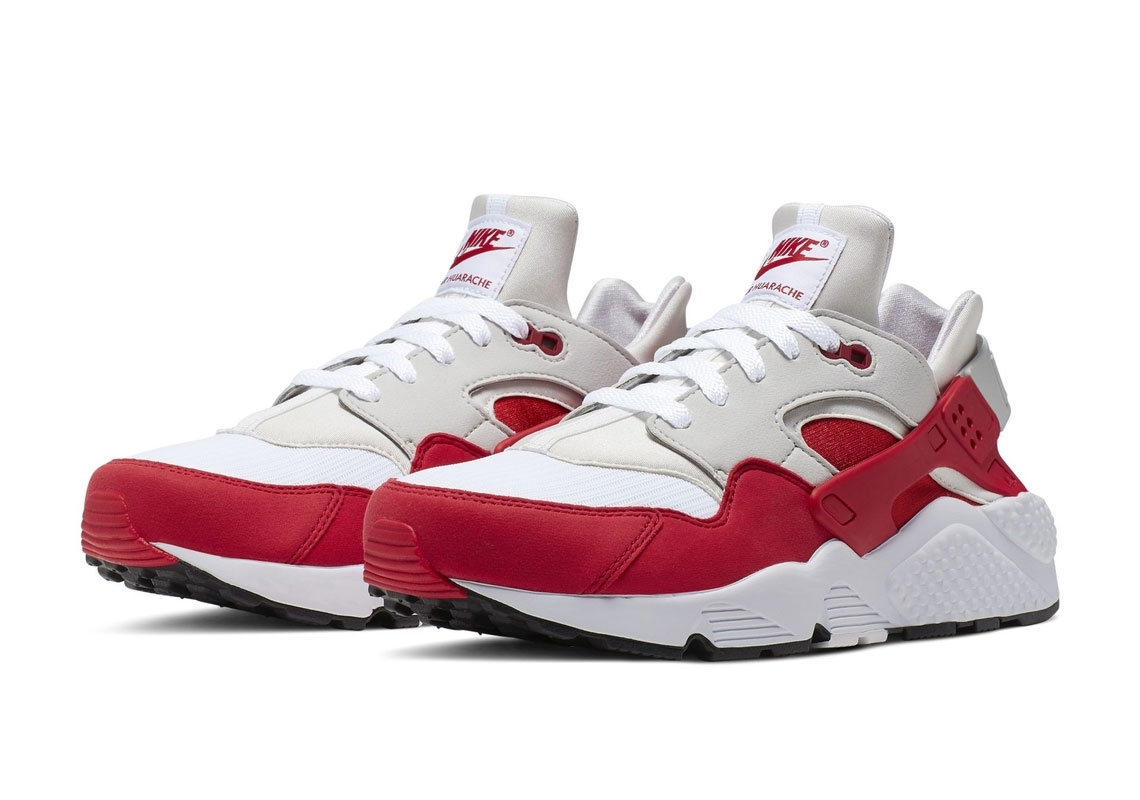 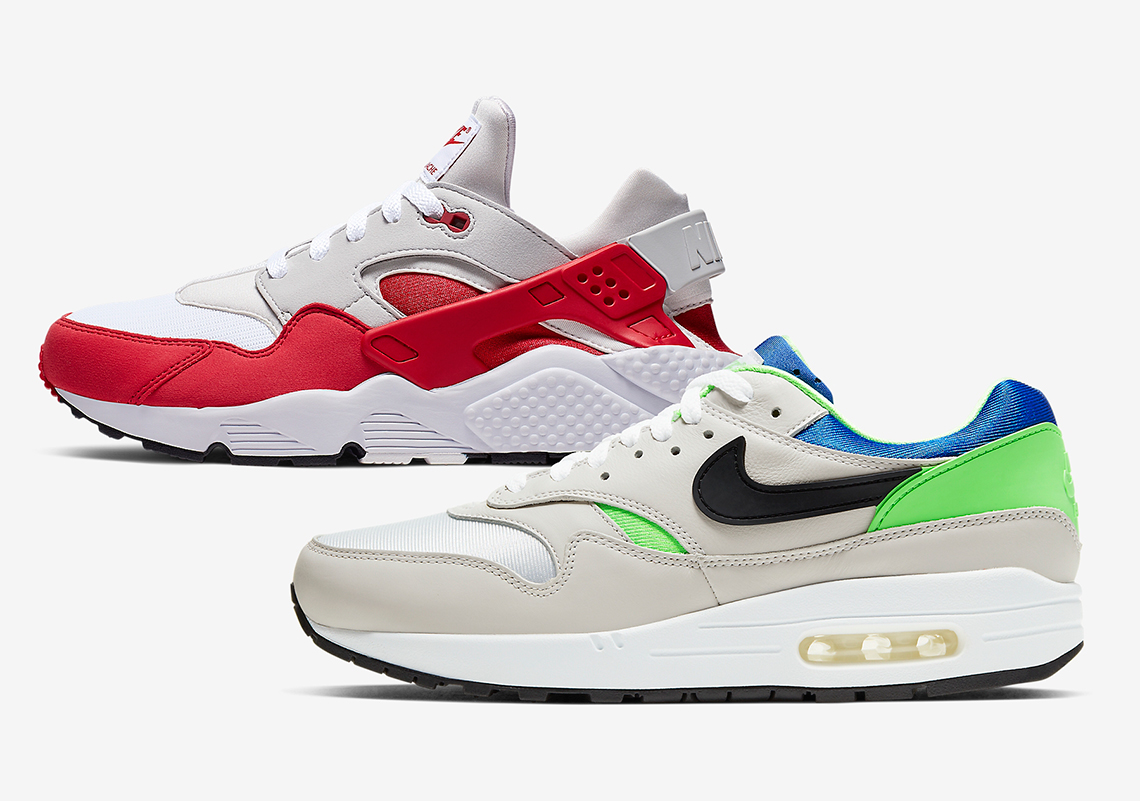 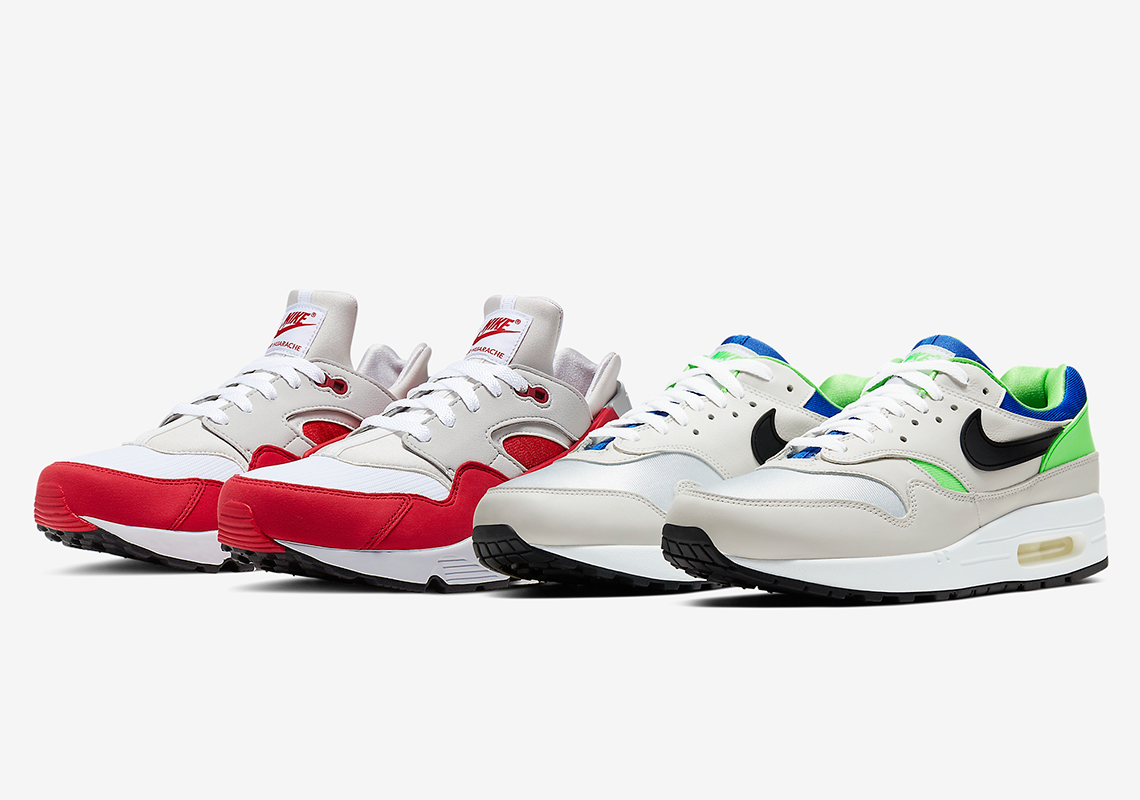 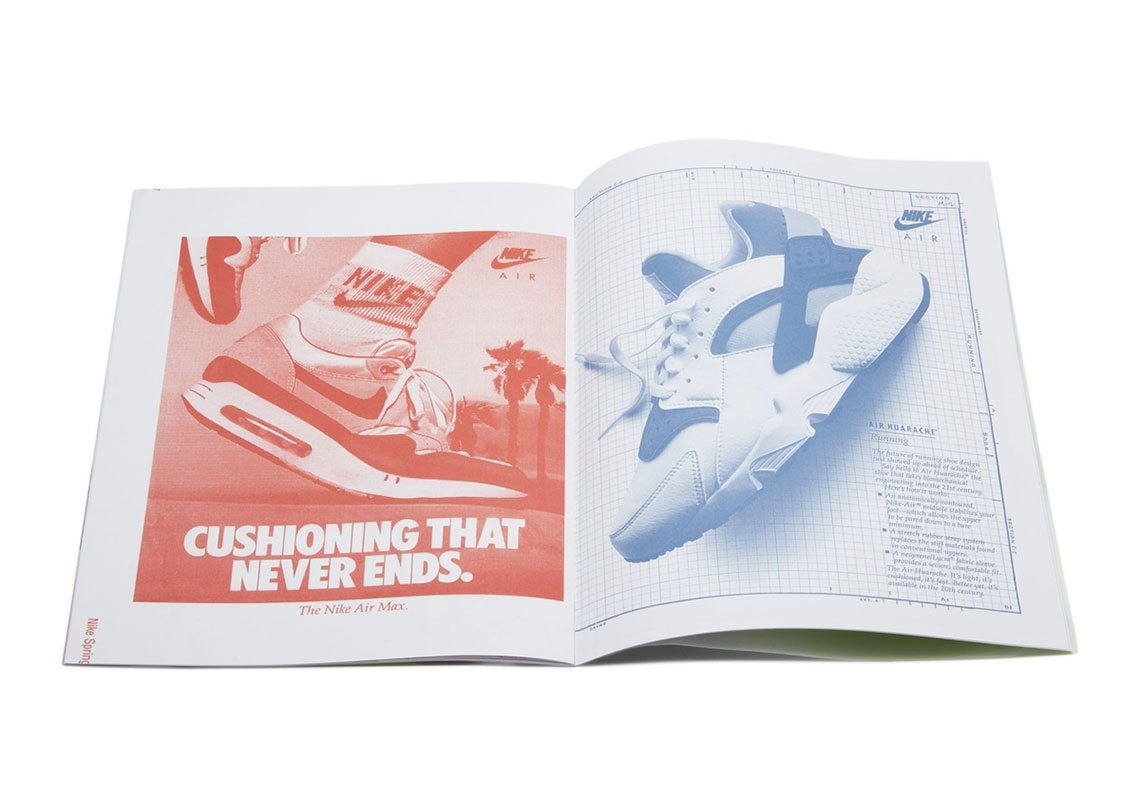 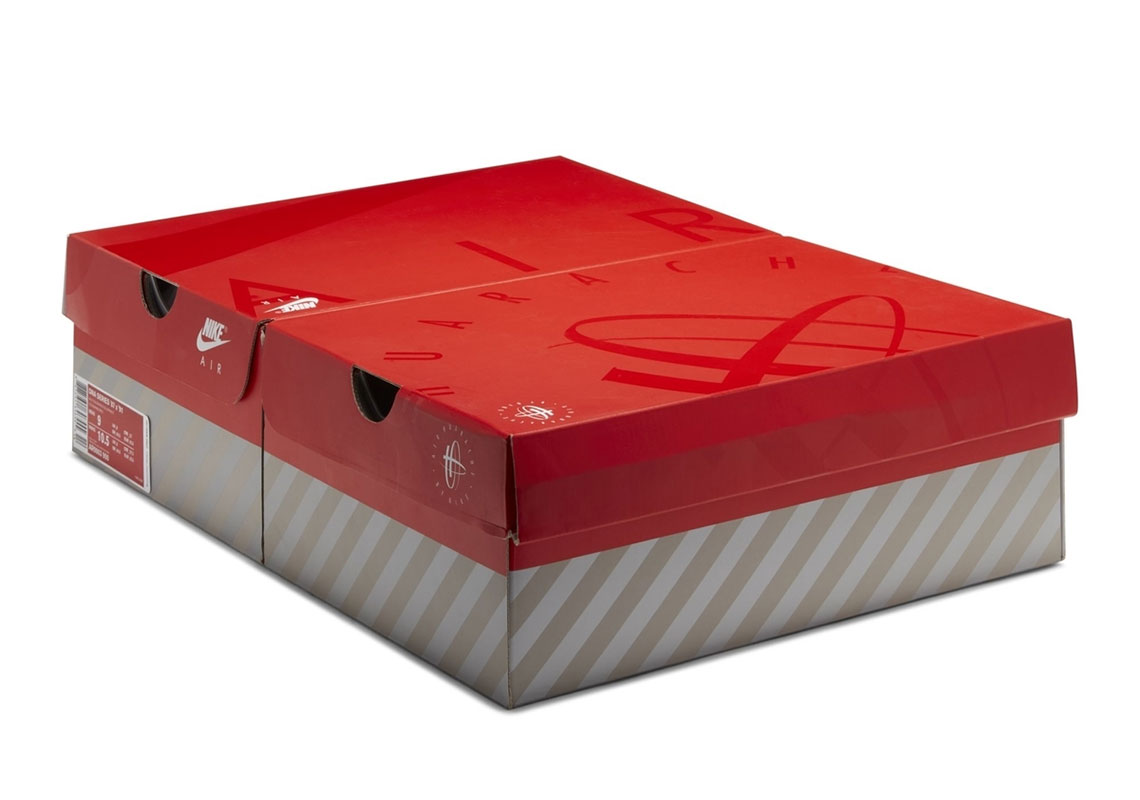 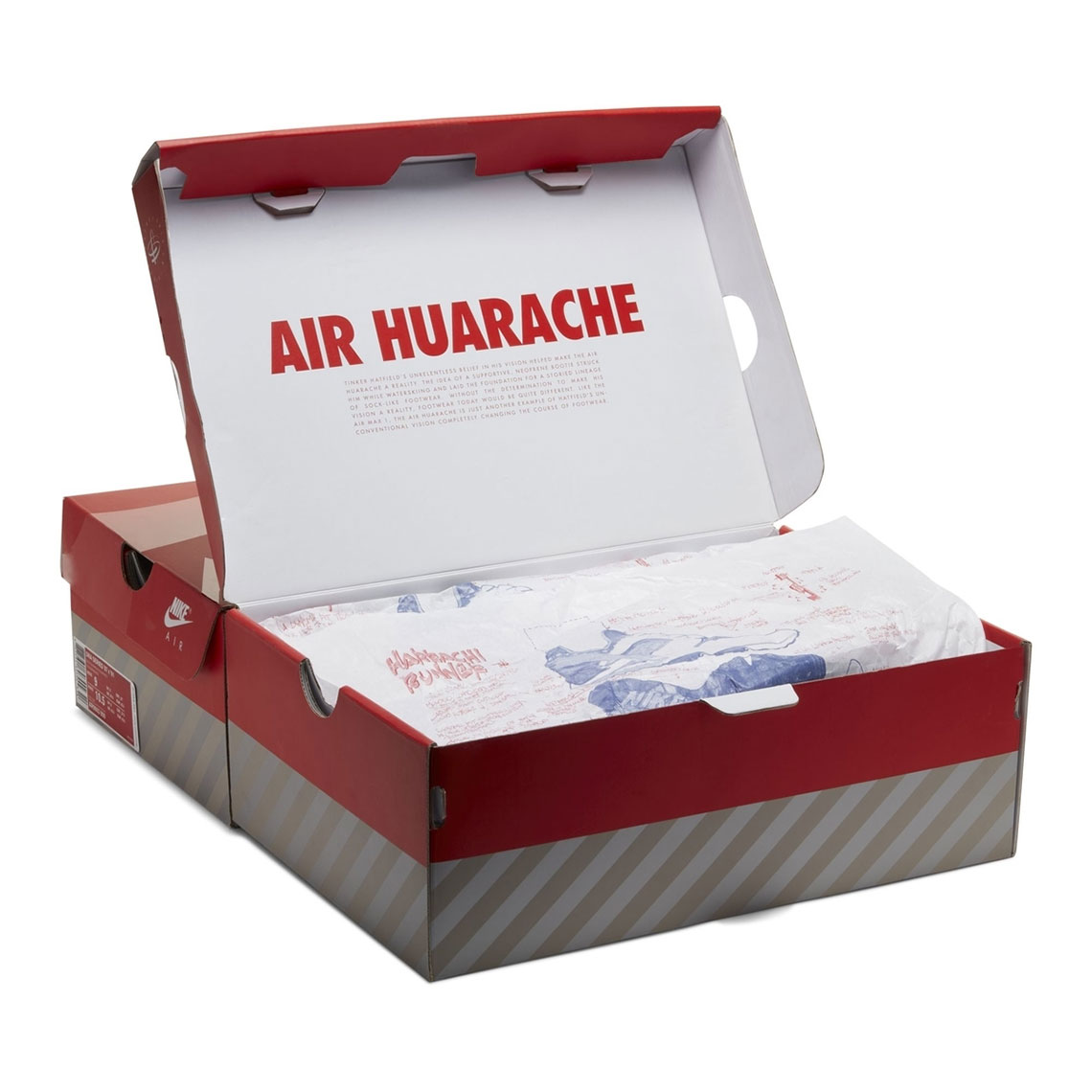 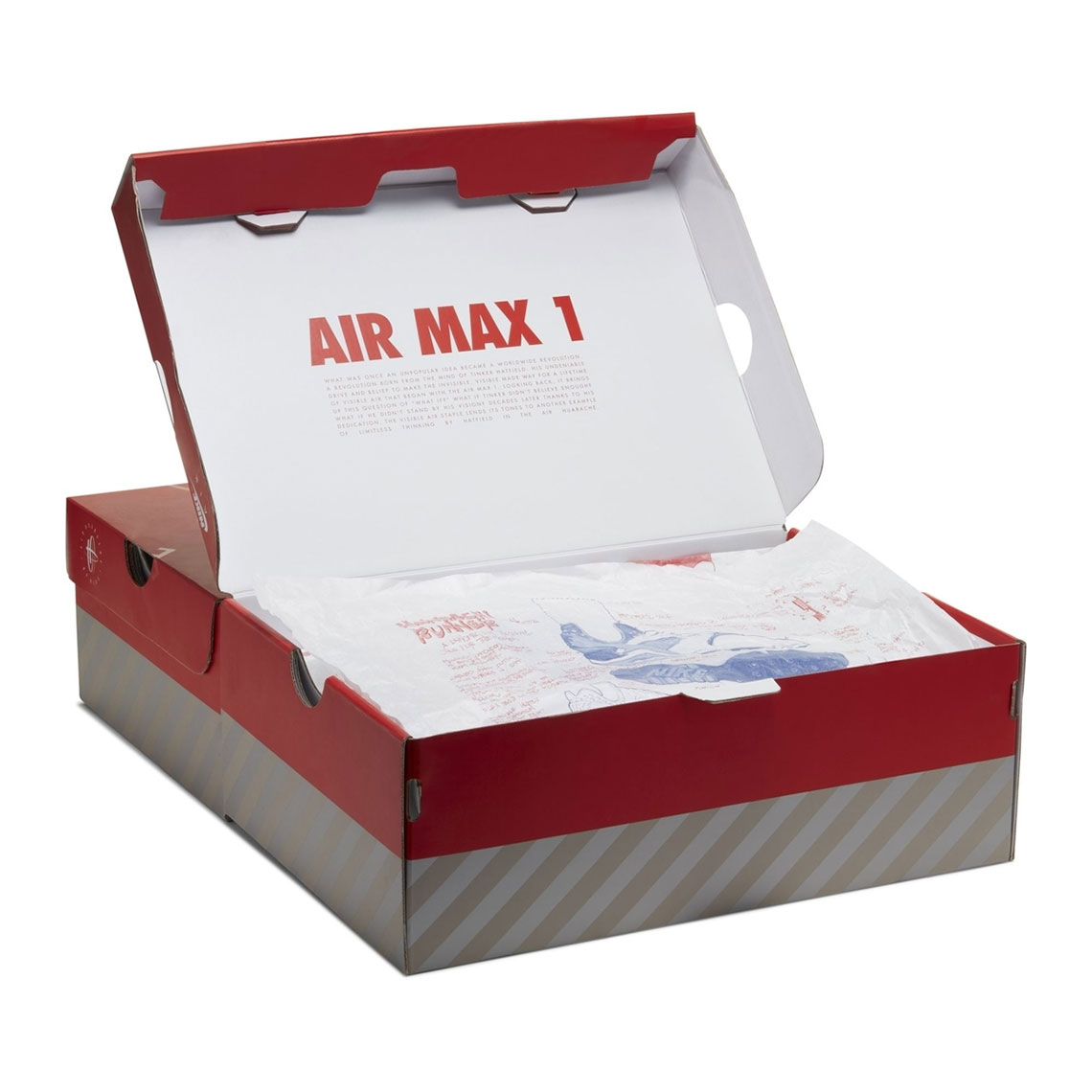 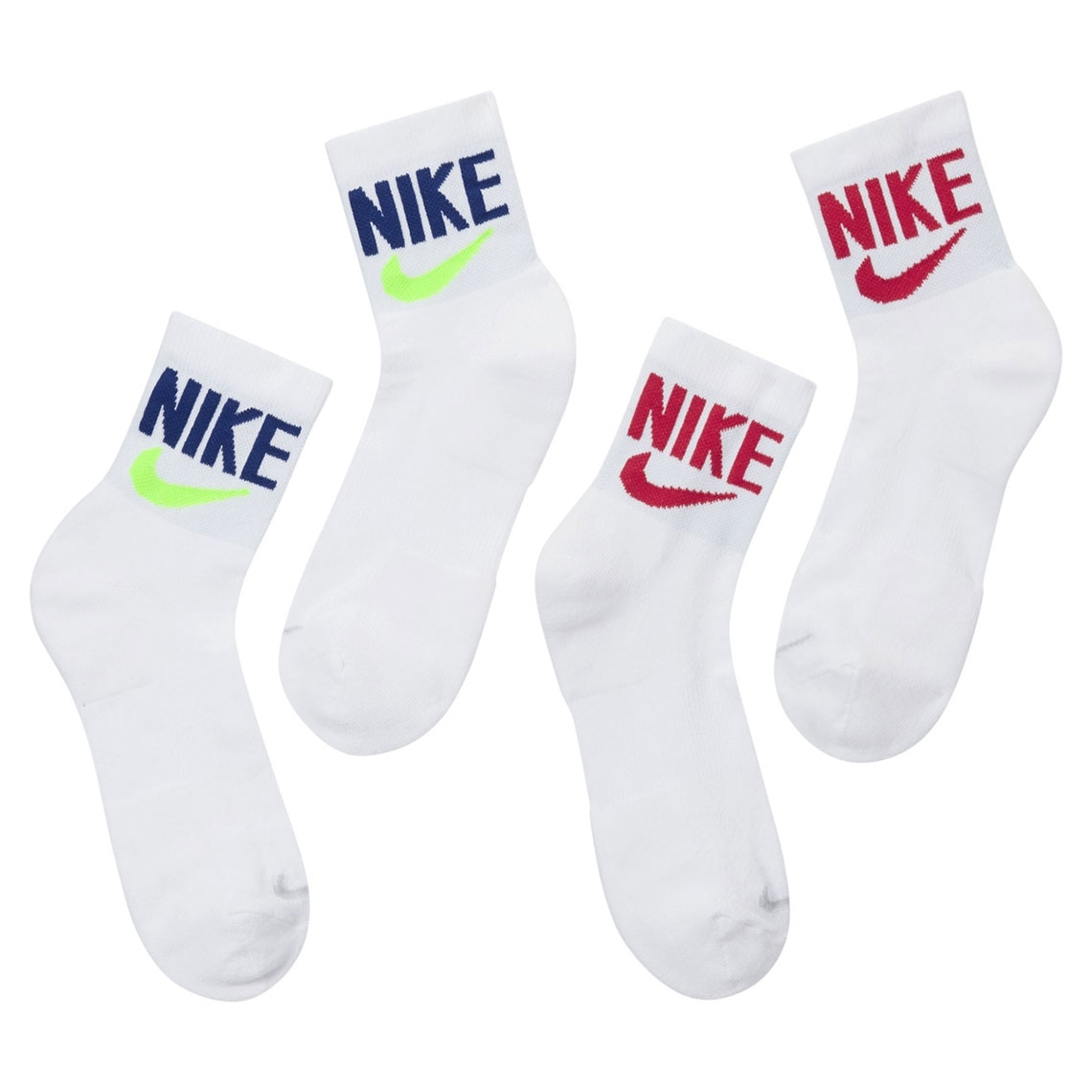