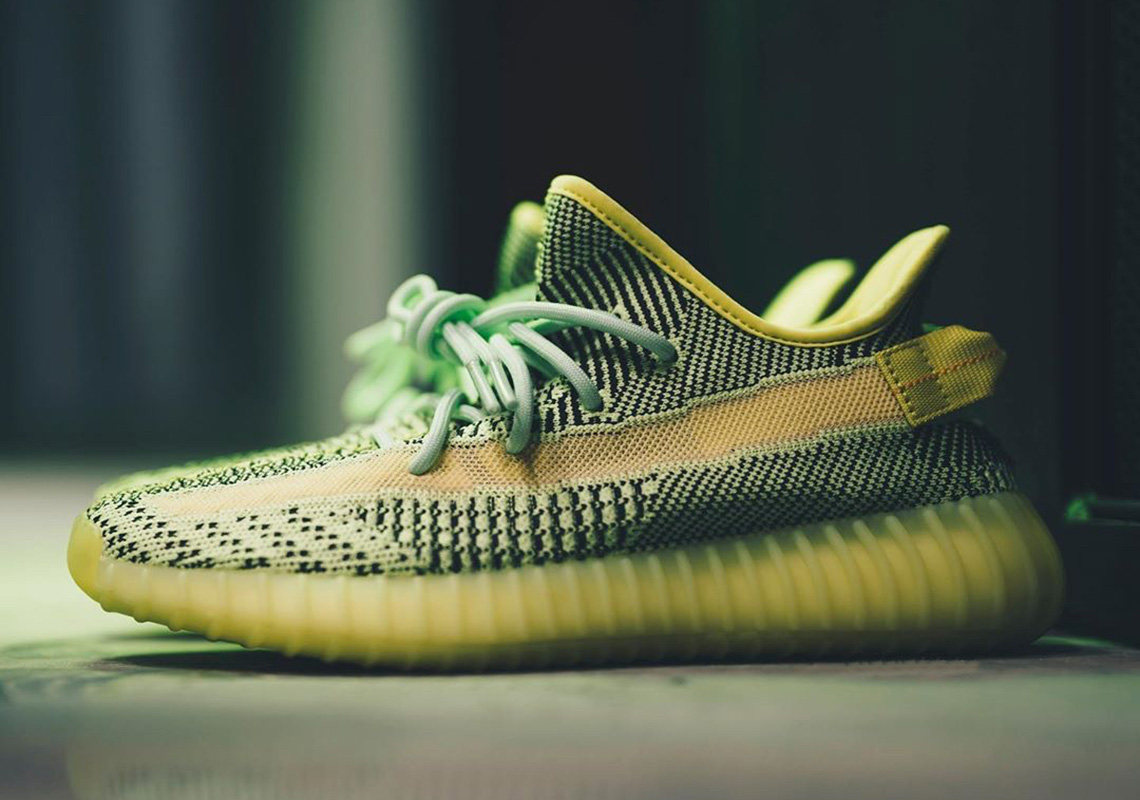 One part of a new chapter for the adidas Yeezy Boost 350 v2, the “Yeezreel” colorway is the first turn to a brand new direction much more colorful with holiday season accompaniments temporarily doing away with the neutral drabs of many of the silhouette’s prior iterations. Borrowing some of the best these schemes, however, this pair essentially follows quite closely behind the “Glow” as it bears a similar radioactive gleam across its entire upper. Primeknit weaves, with black intermingled throughout, are dyed primarily in striking neon greens with the second update’s tacked on striping lying in compliment through what appears to be a bright yellow pigment. Laces do the same just as the lining and heel tab while soles are seemingly ripped right from the aforementioned though dialed by a touch on the tonal spectrum. Grab a detailed look at the “Yeezreel” nonreflective right here and expect to find its reflective rendition to tag along in December.

Updated November 19th, 2019: The adidas Yeezy Boost 350 v2 “Yeezreel” is releasing on December 14th in non-reflective and December 18th in reflective. via @theyeezymafia 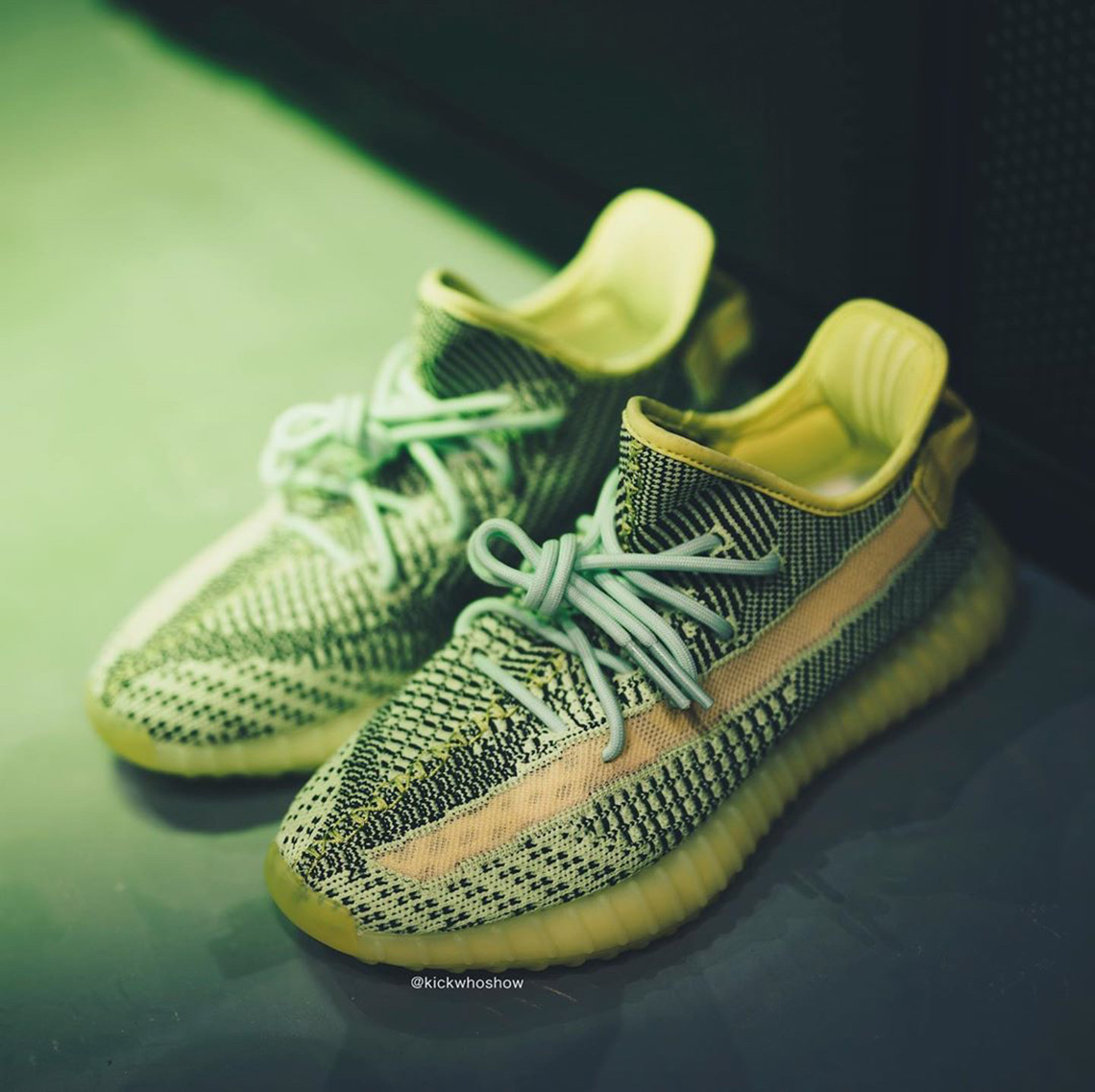 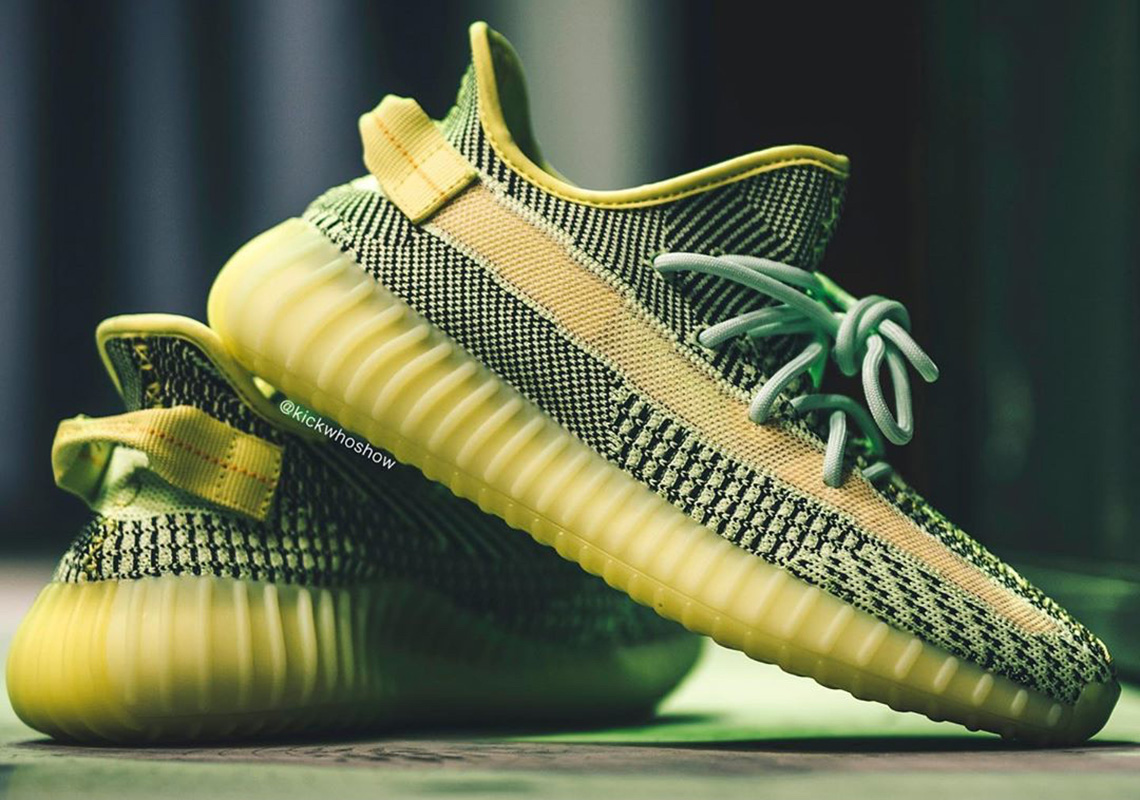 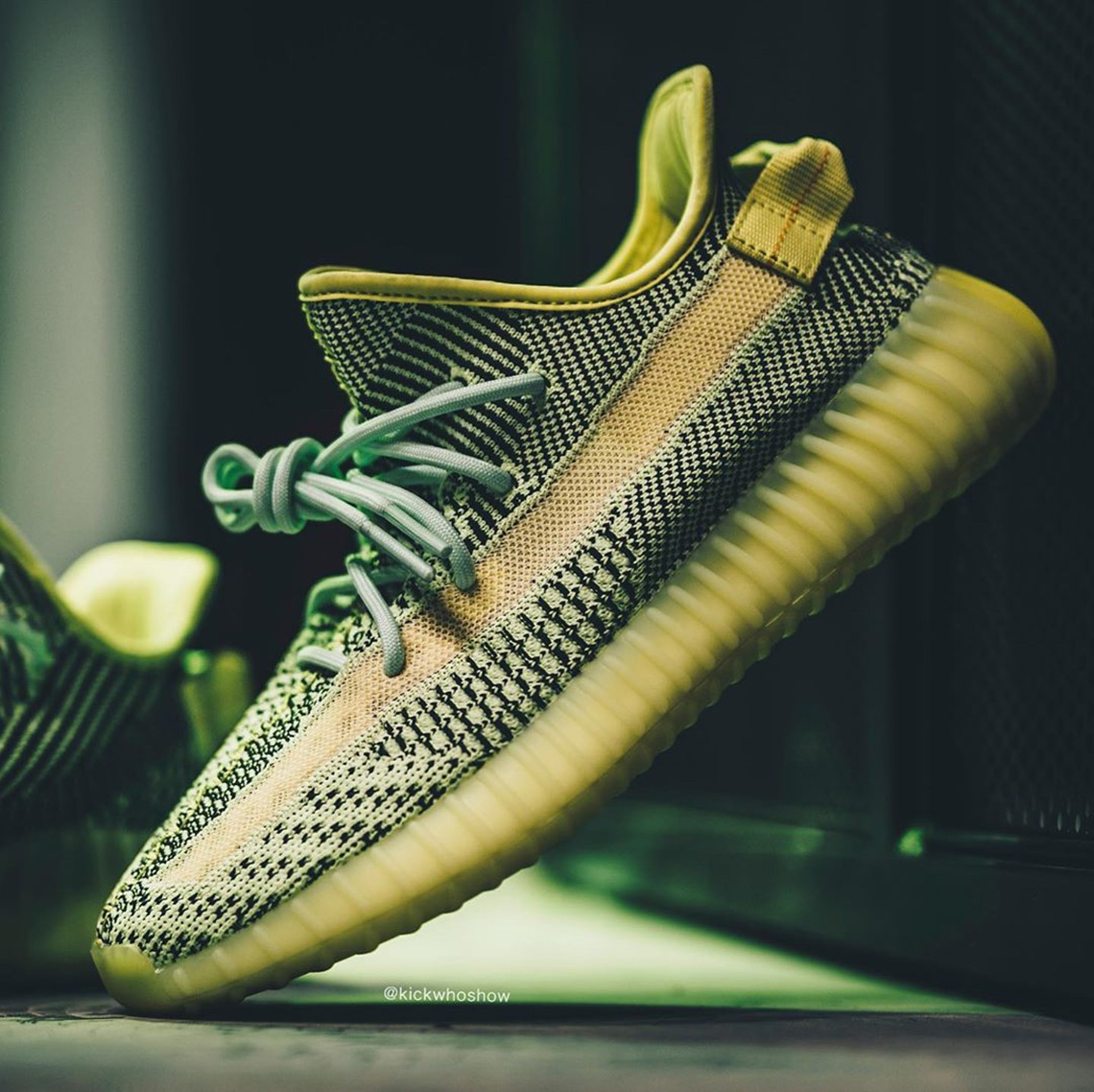