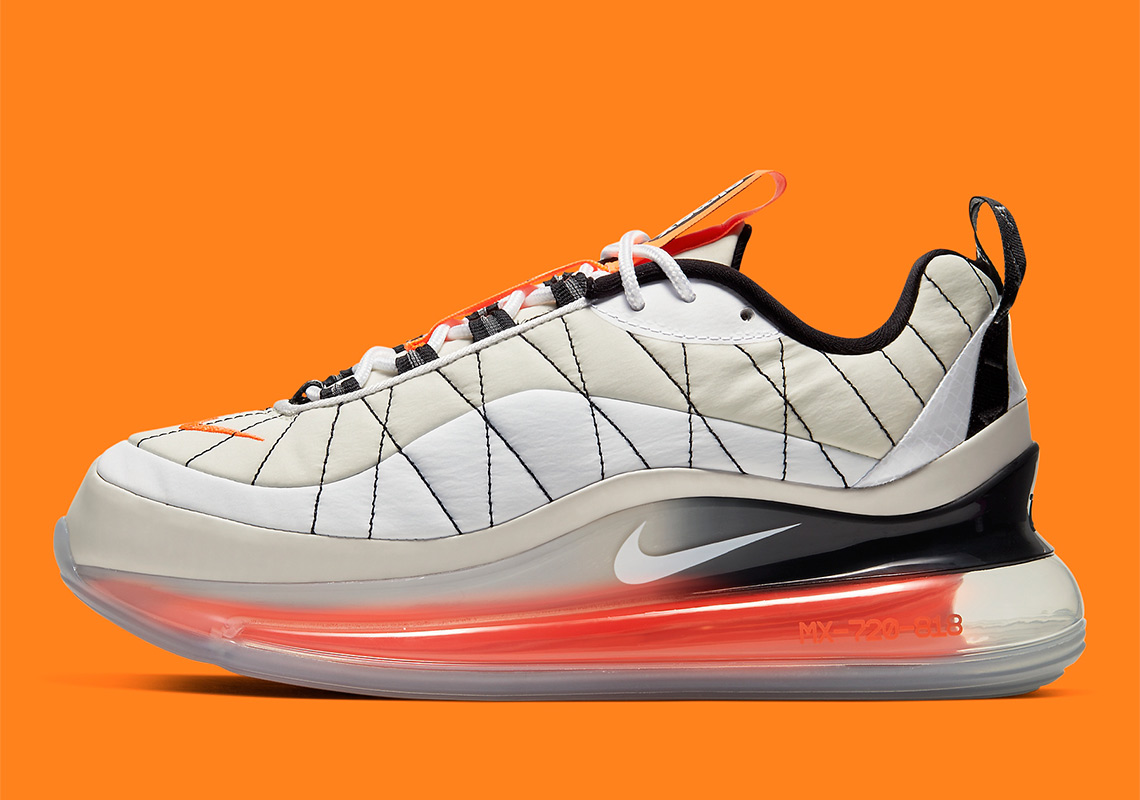 After what was likely one of the few divisive releases of 2019 for the Air Jordan 1, Nike seems to be icing the wound just a touch with releases, such as this Air MX 720 818, taking their own spin on the coveted “Shattered Backboard” colorway in homage. Part of the Air Max 720‘s recent identity crisis, the remodeled construction is met to a much smoother upper of nylon synthetic, crossed over by various contrast stitches and webbing accent minimal yet still tinged with the futuristic. These, as well as the inners of the translucent air bubble, are all dyed the signature orange hue with black finding place in seldom through the lining and the rear half of the sidewall’s gradient. Bases are a half-half mix of white and tan that are separated by a defined waving line and embellished with one embroidered swoosh. Lace units are slightly more standard with colorless laces crossing through loops the opposite along the color spectrum while branded strips lay out right atop with the model’s namesake and classic Air Max logos. Grab a detailed look here at the pair and expect its arrival at Nike.com in the coming months. 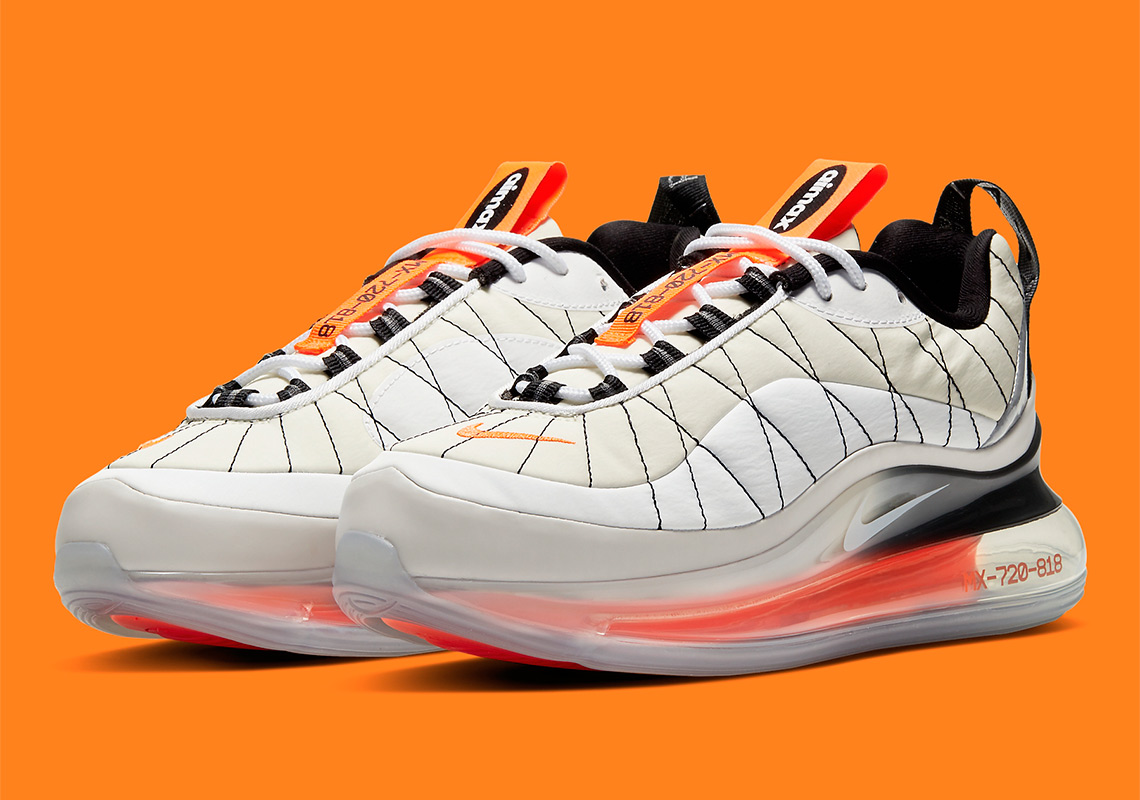 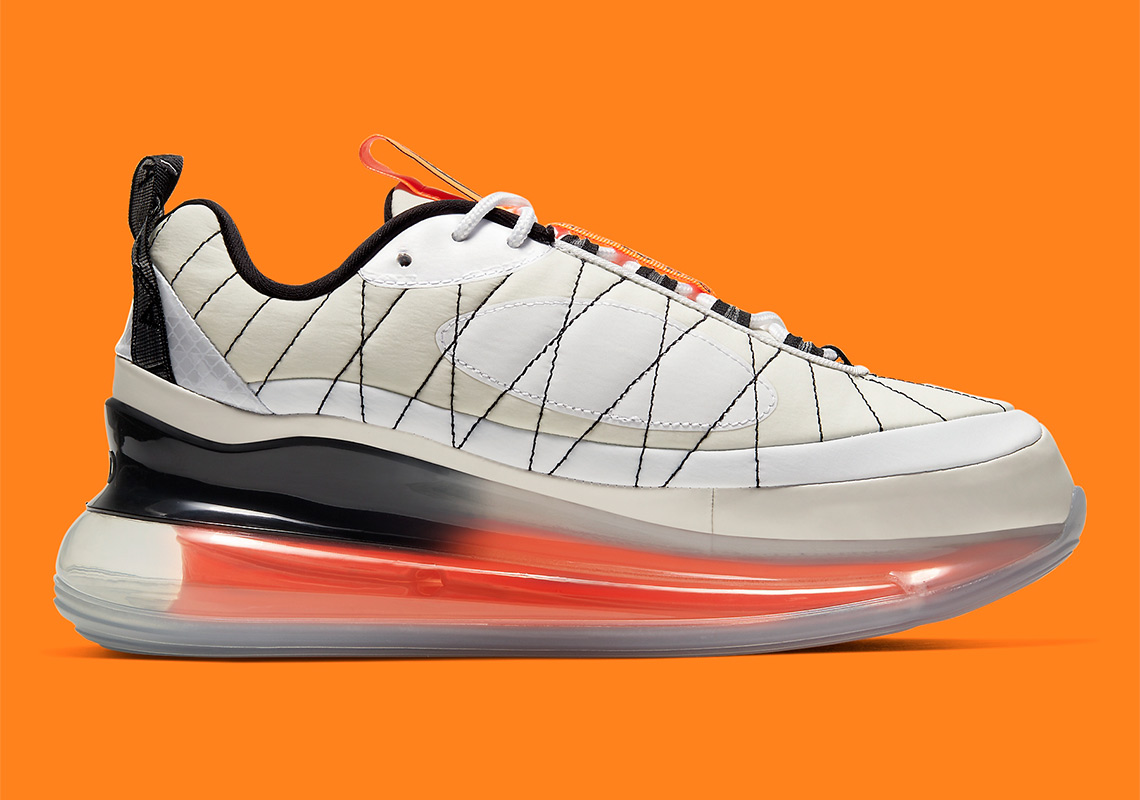 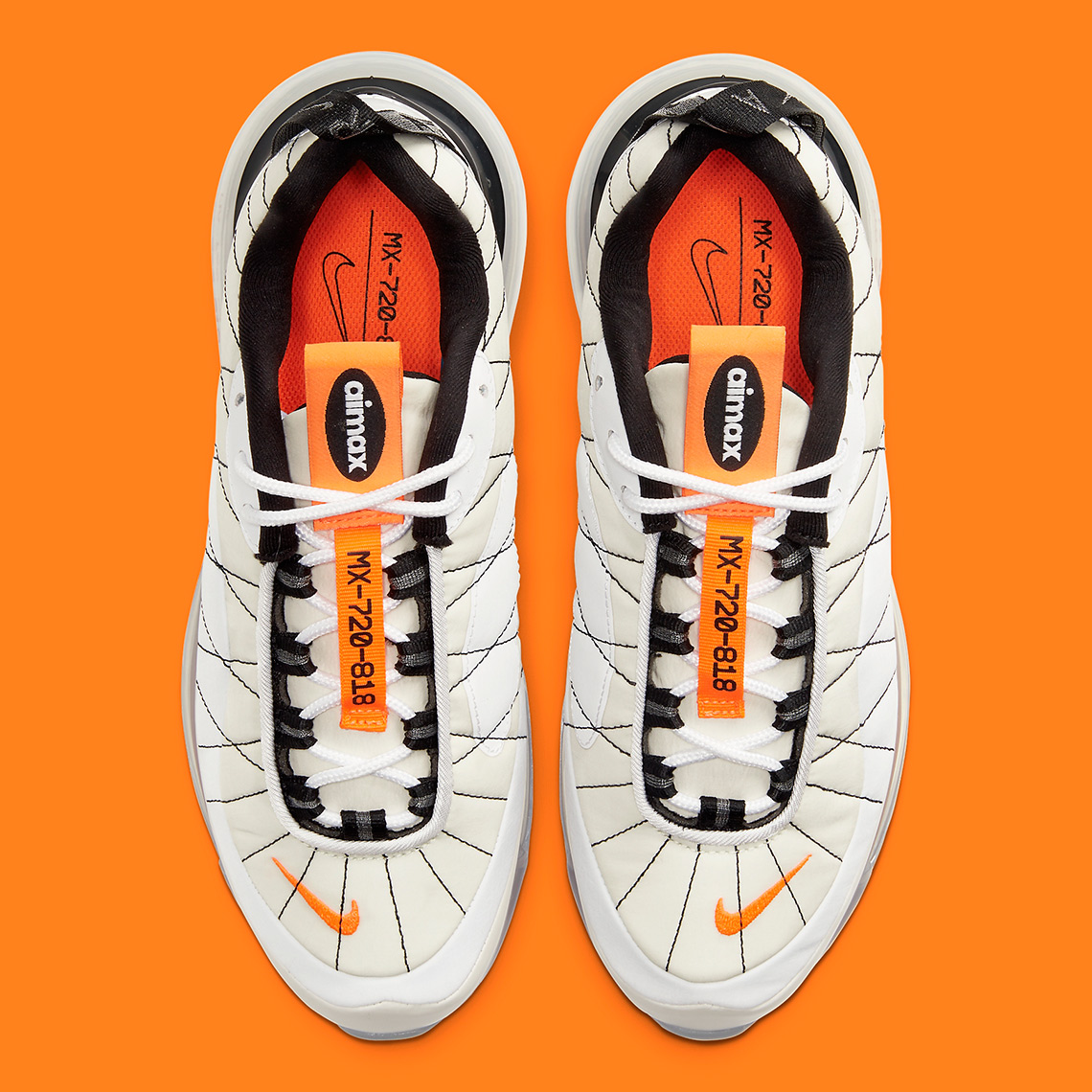 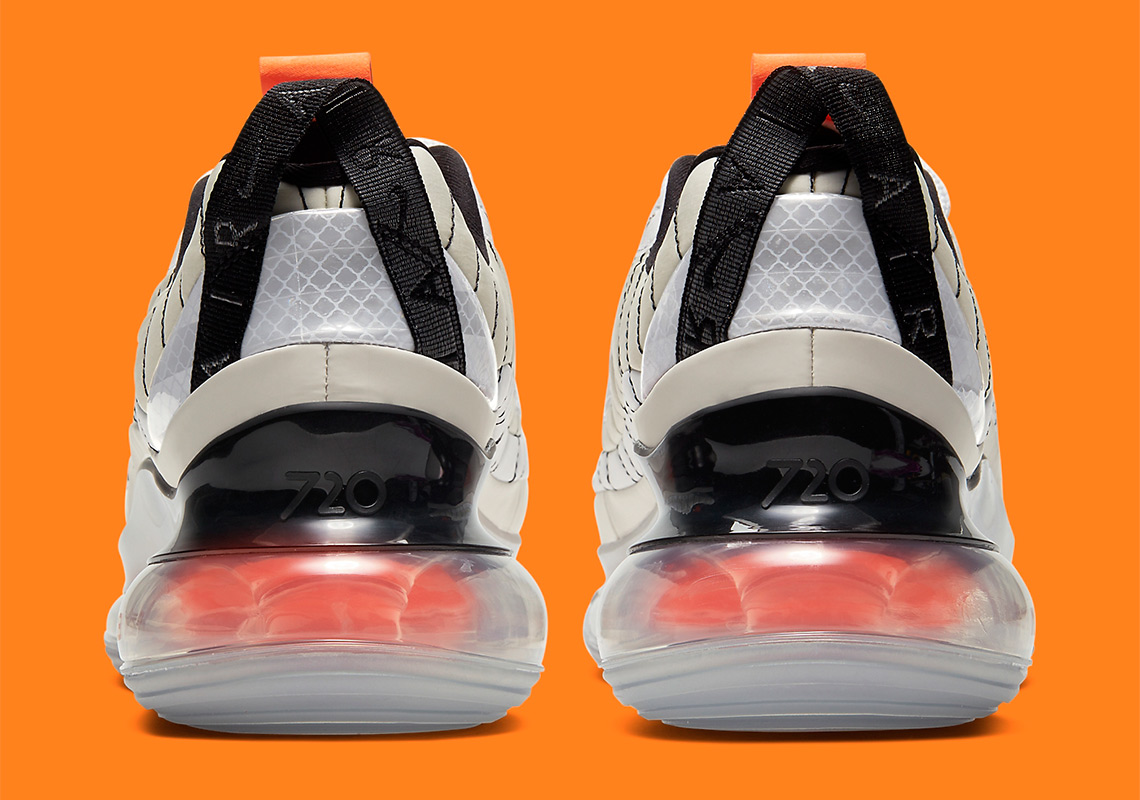 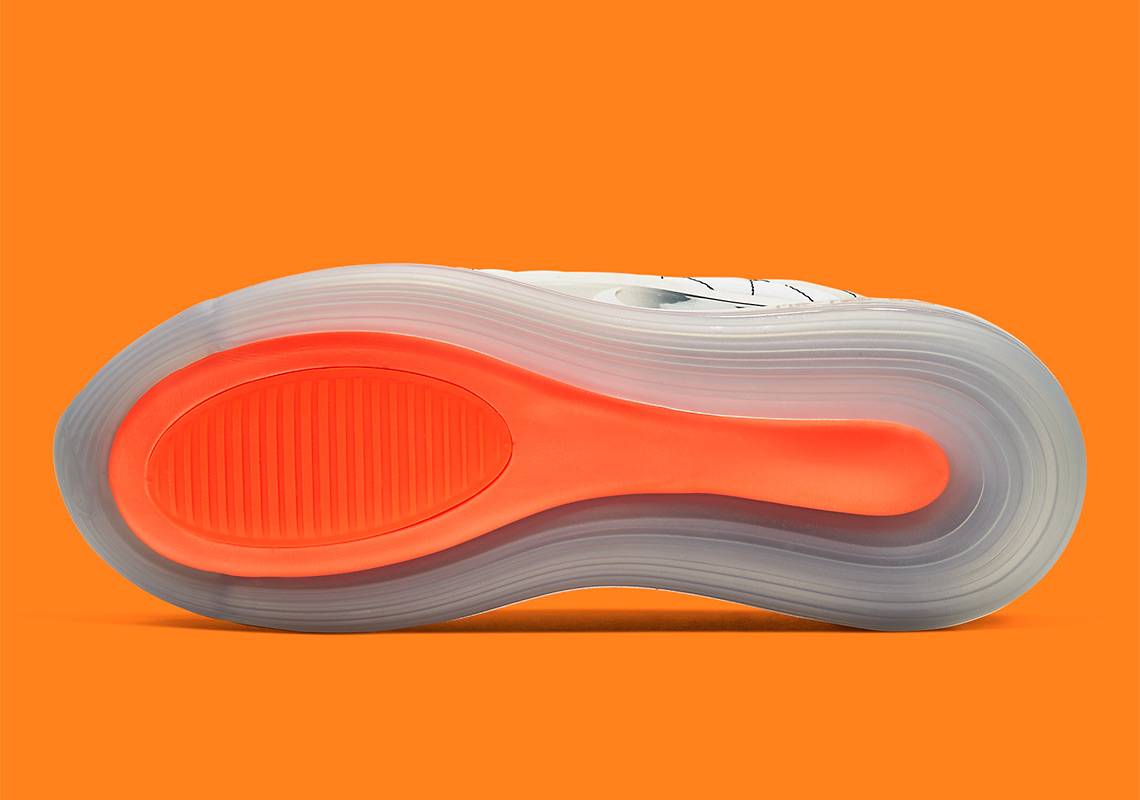 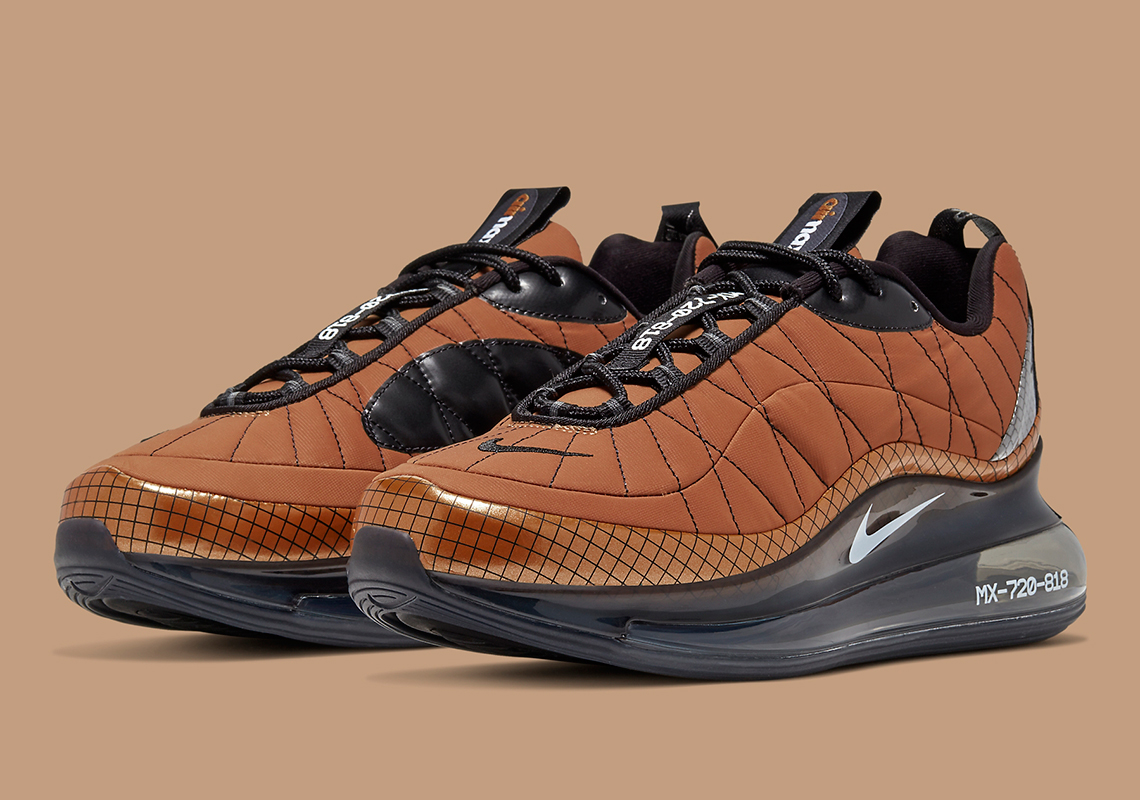 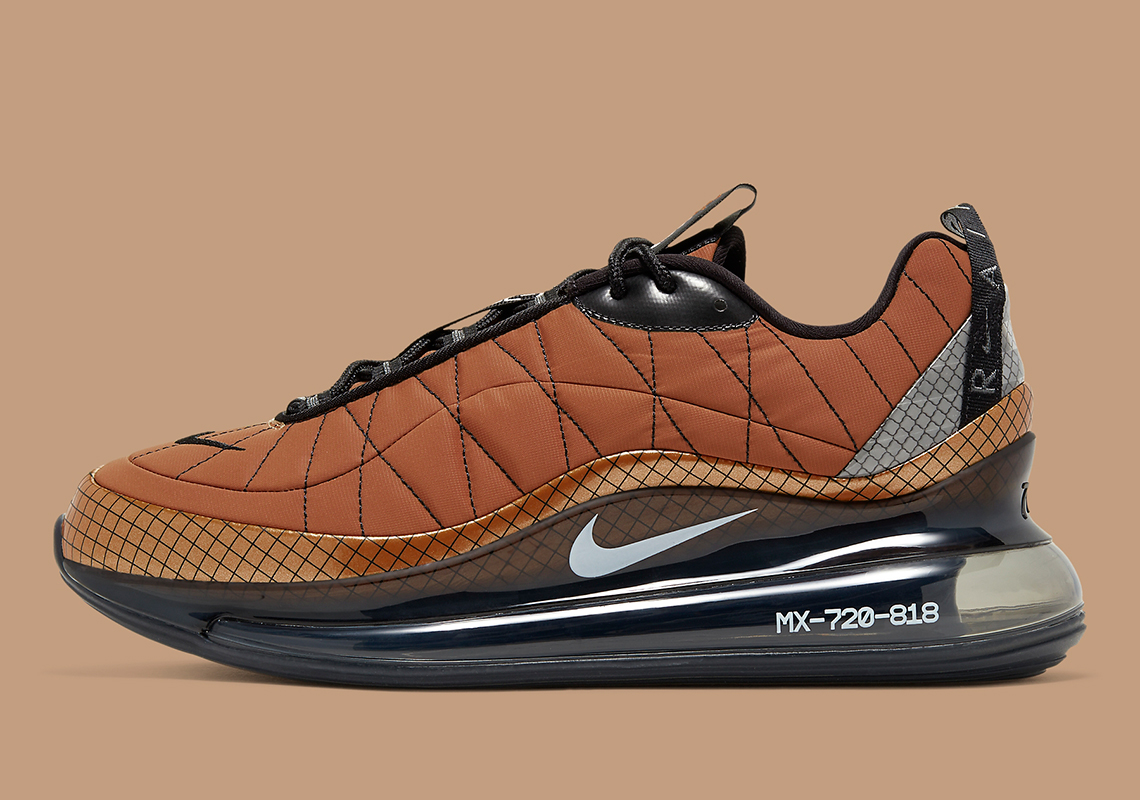 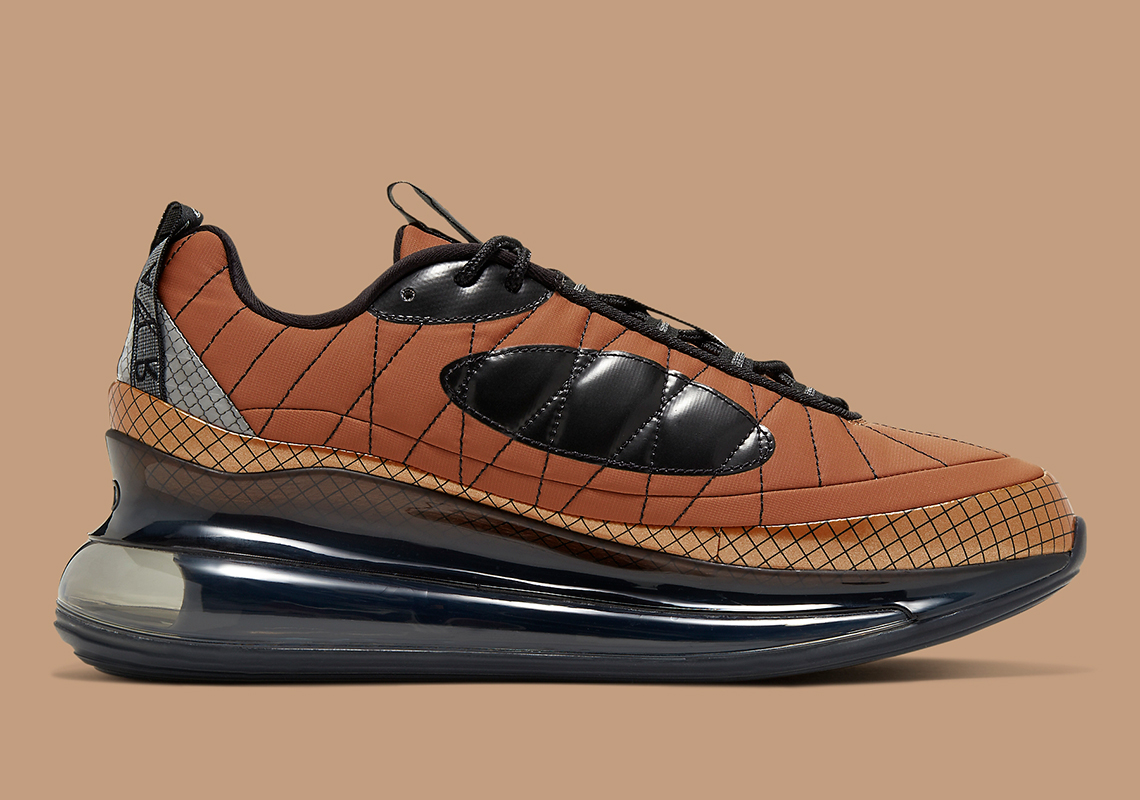 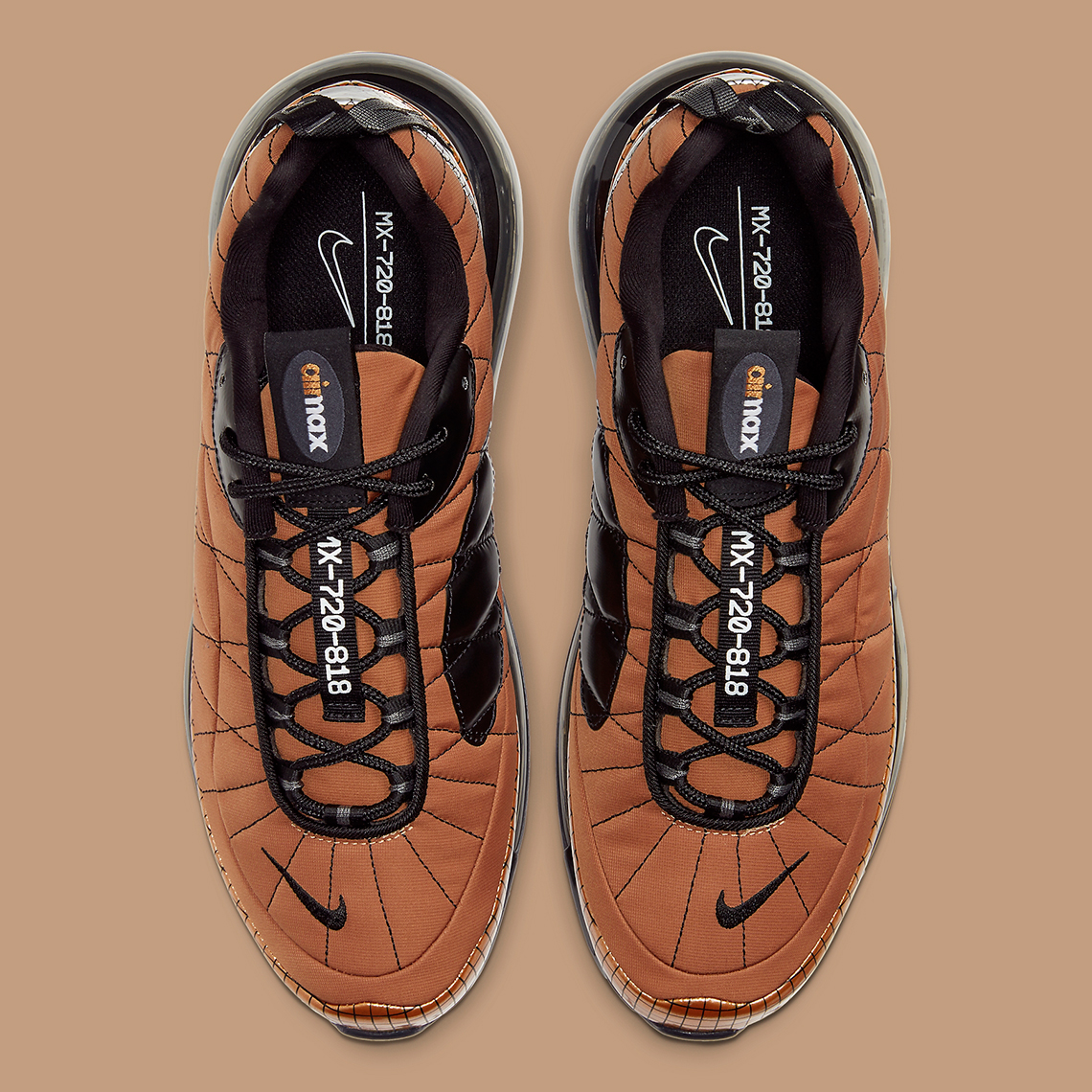 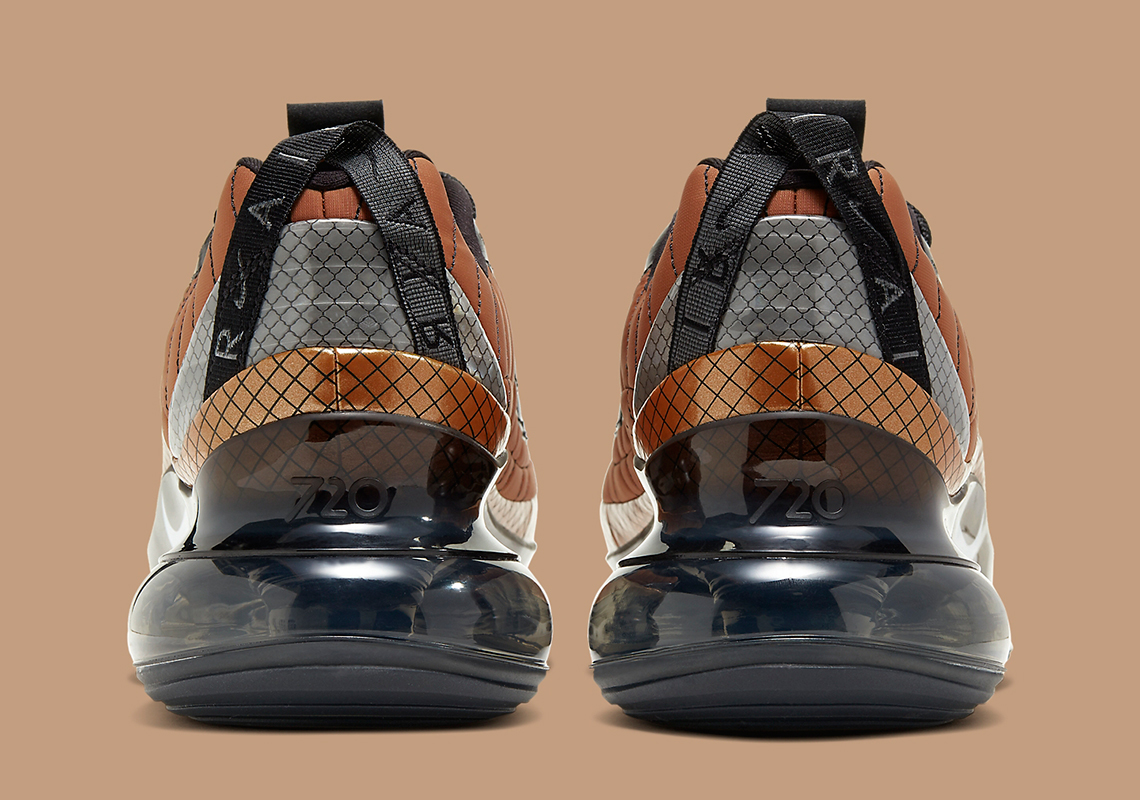 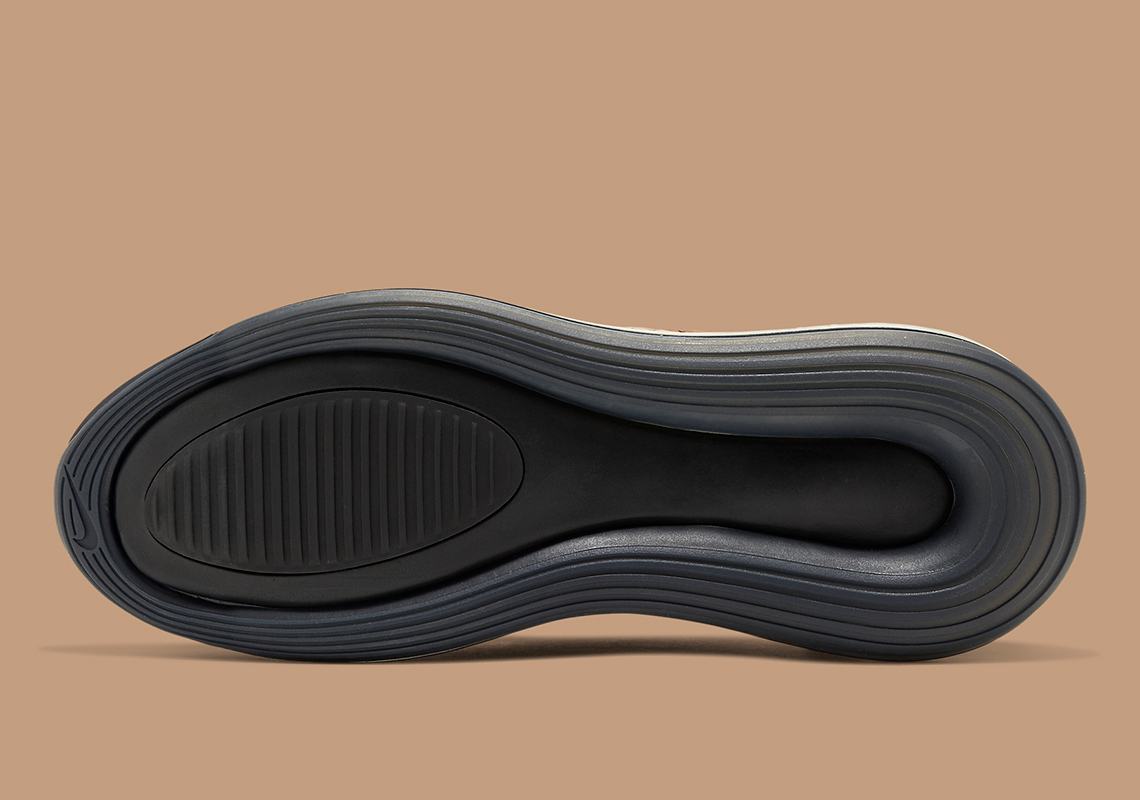