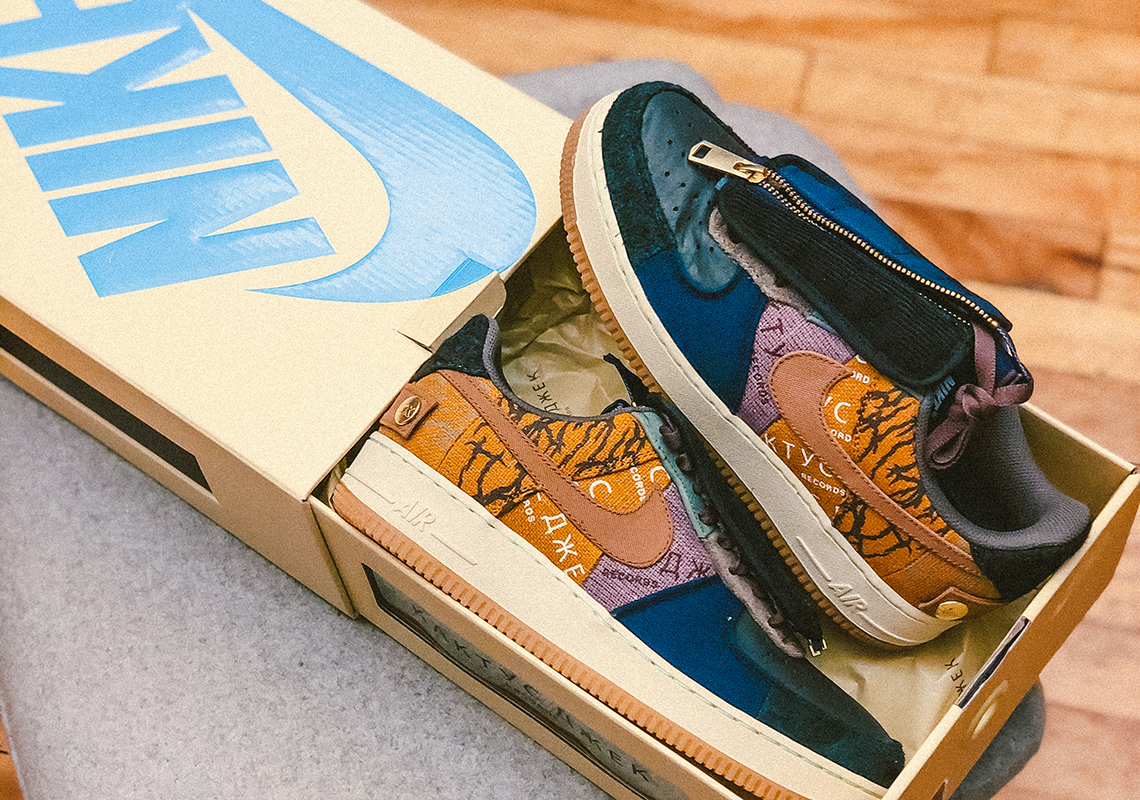 From the removable zipper shroud to each panel’s unique print, you’ve likely seen it all in regards to Travis Scott‘s upcoming Air Force 1 collaboration, one that forgoes the past’s pack of swooshes for a much louder presentation overall. First catching the eyes of many after the rapper gifted a pair to a lucky concert-goer, the classic may just be one of the most sought after as a consolation for the Ls taken from the AJ6 and the shoe of the year worthy AJ1. Courtesy of some detailed images from @cran, we’re able to take a deep dive into the release’s many details: namely its pleasantly over-designed packaging. Bright blue type and check lay atop a backdrop of somewhat traditional brown cardboard, with windows at the side opening up to the “KAKTYC A*EK Records” logo, an on-going motif that coincides with the “CACTUS JACK” text in aggressive font along the opposite side and the signature smiley only one block over. Grab a detailed look at the corduroy, camo graphics, and overall patchwork just below and check out the Travis Scott Air Force 1 Store List to secure your pair on November 16th. 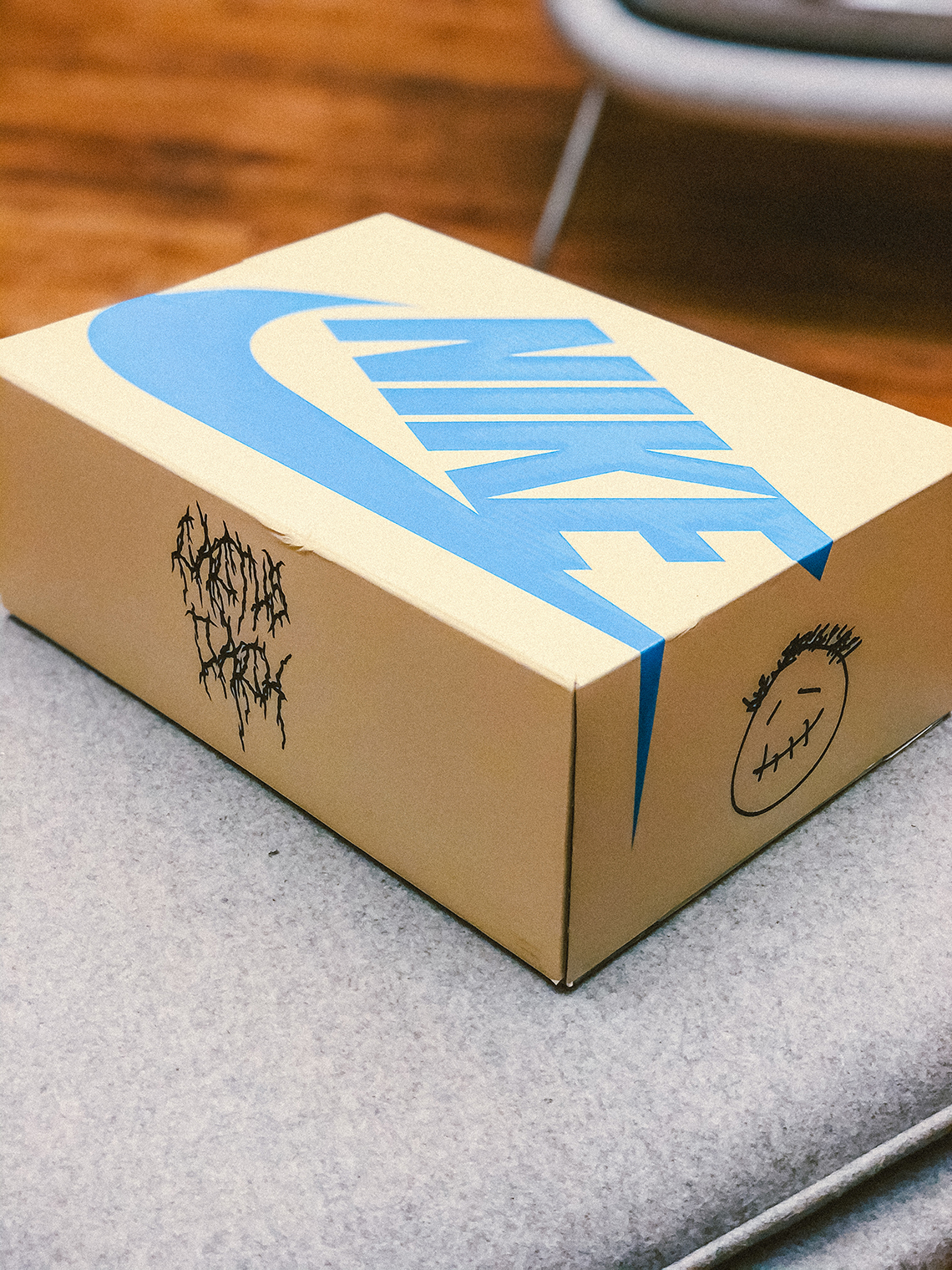 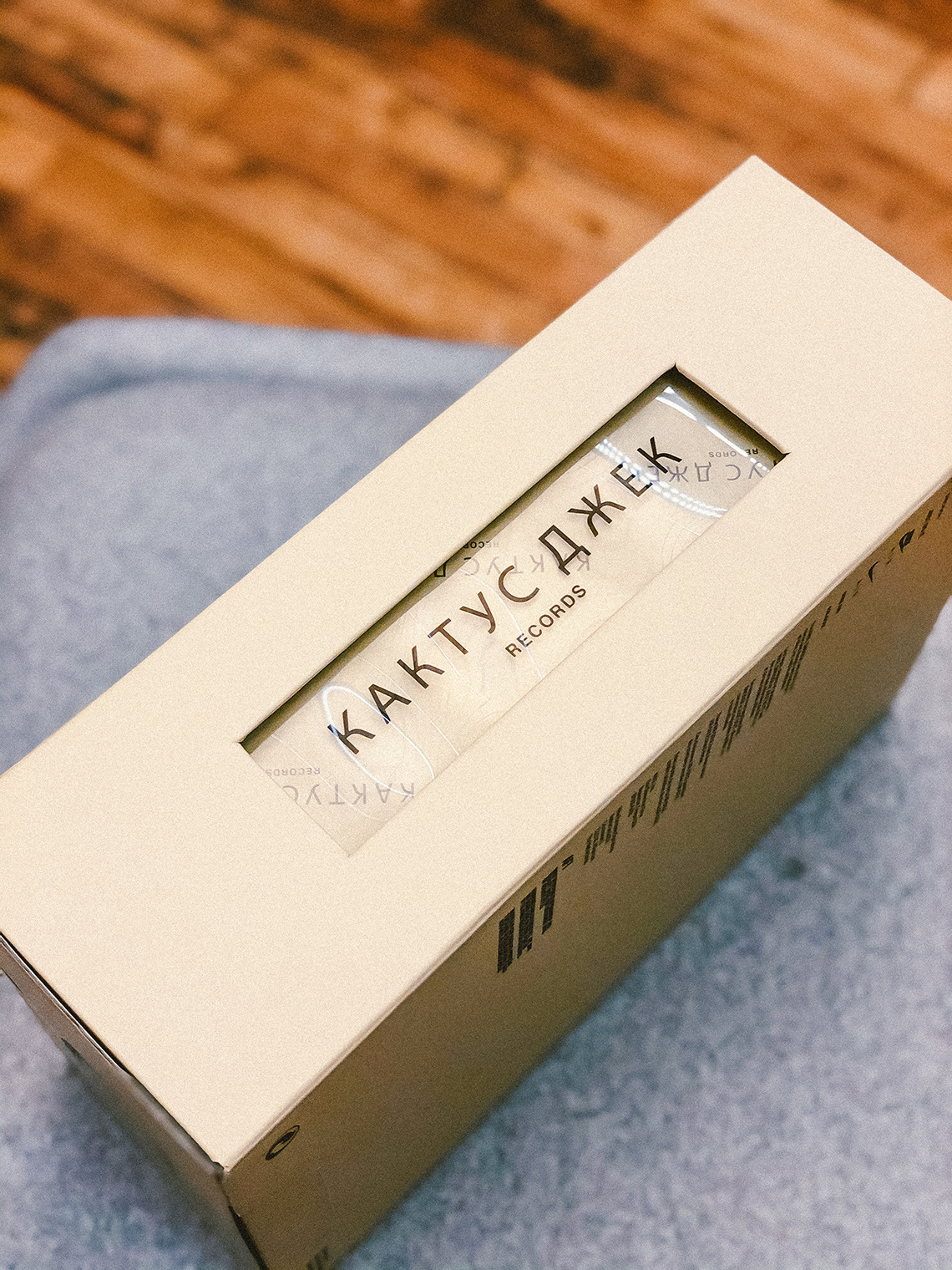 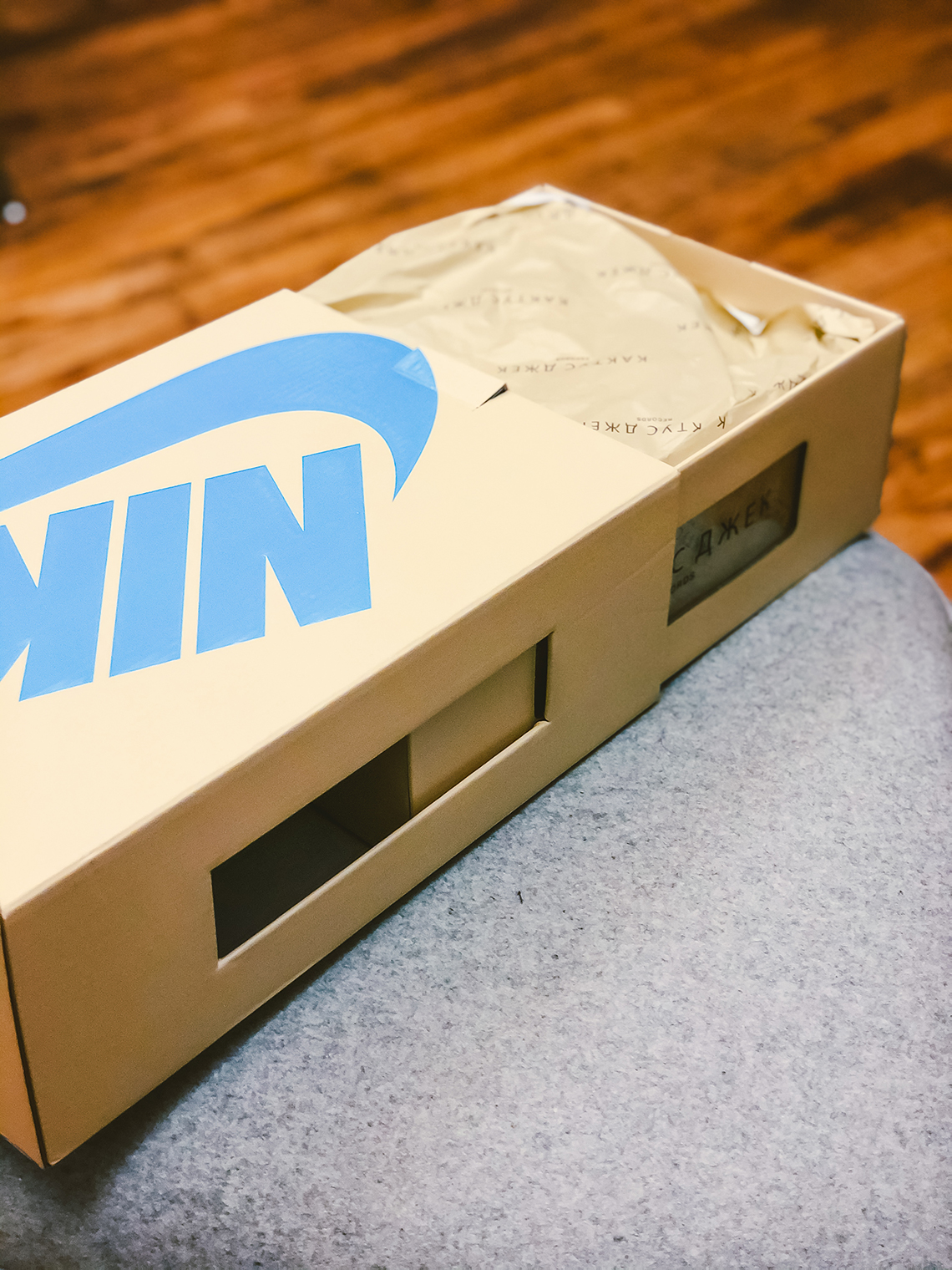 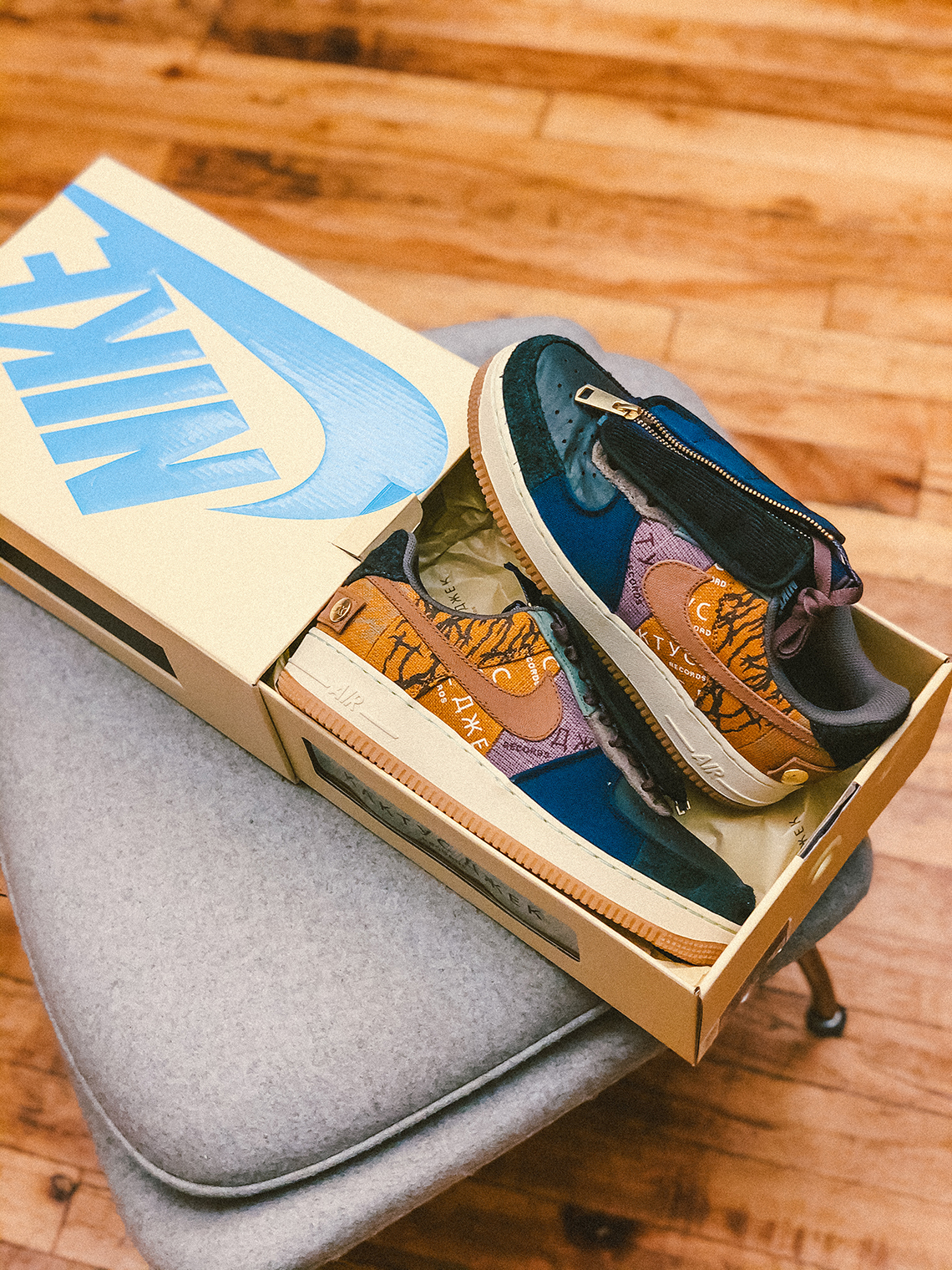 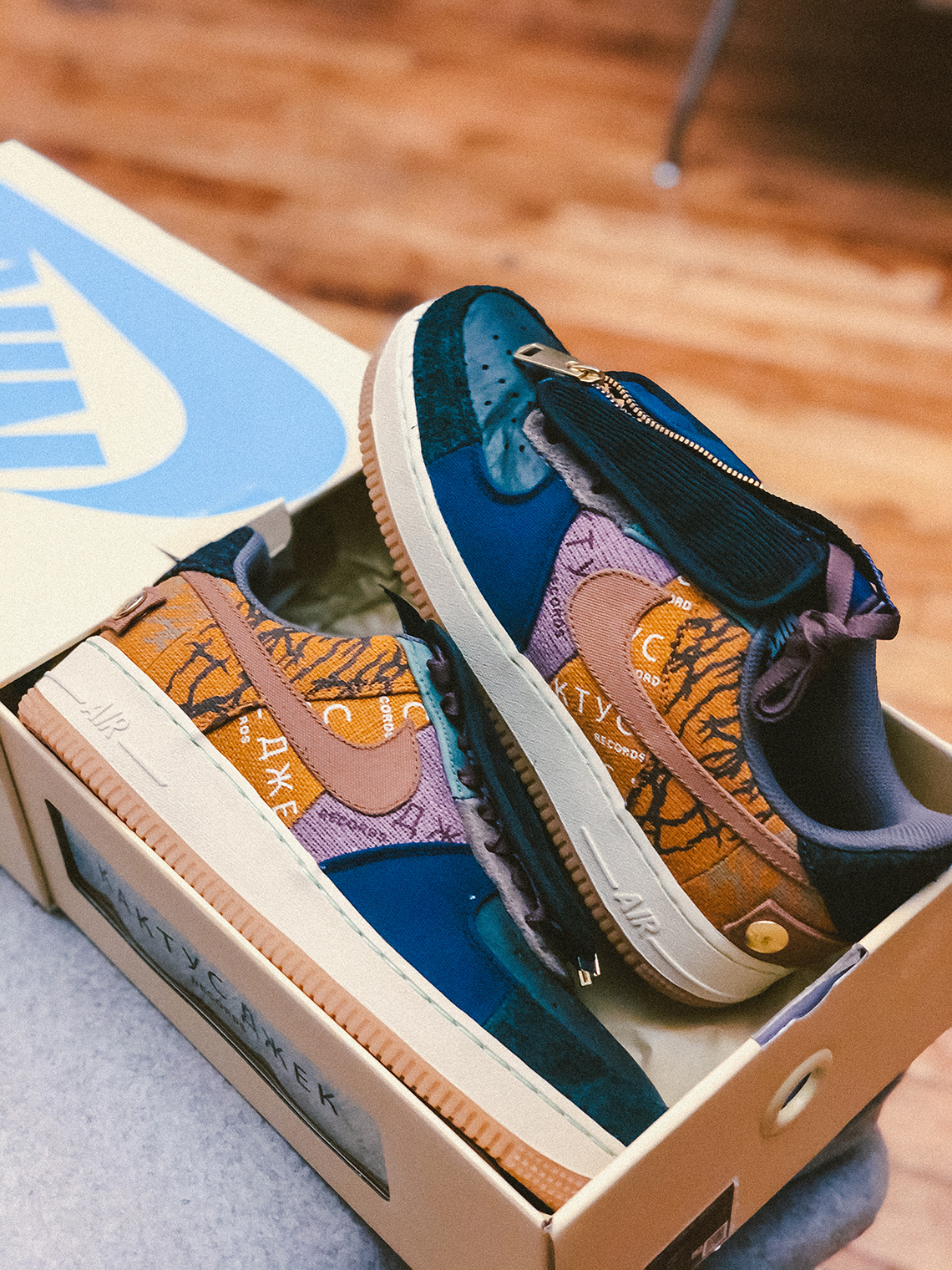 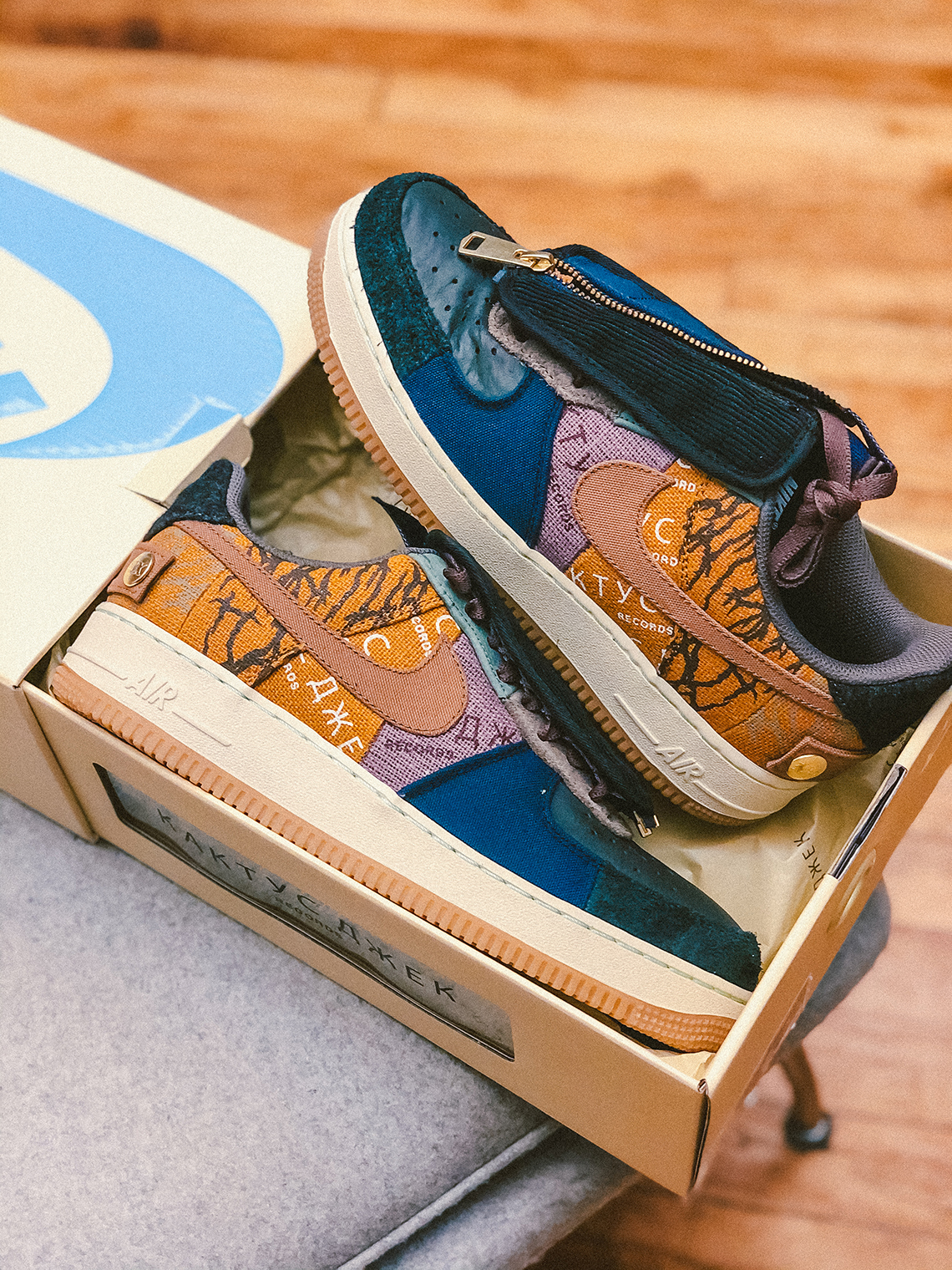 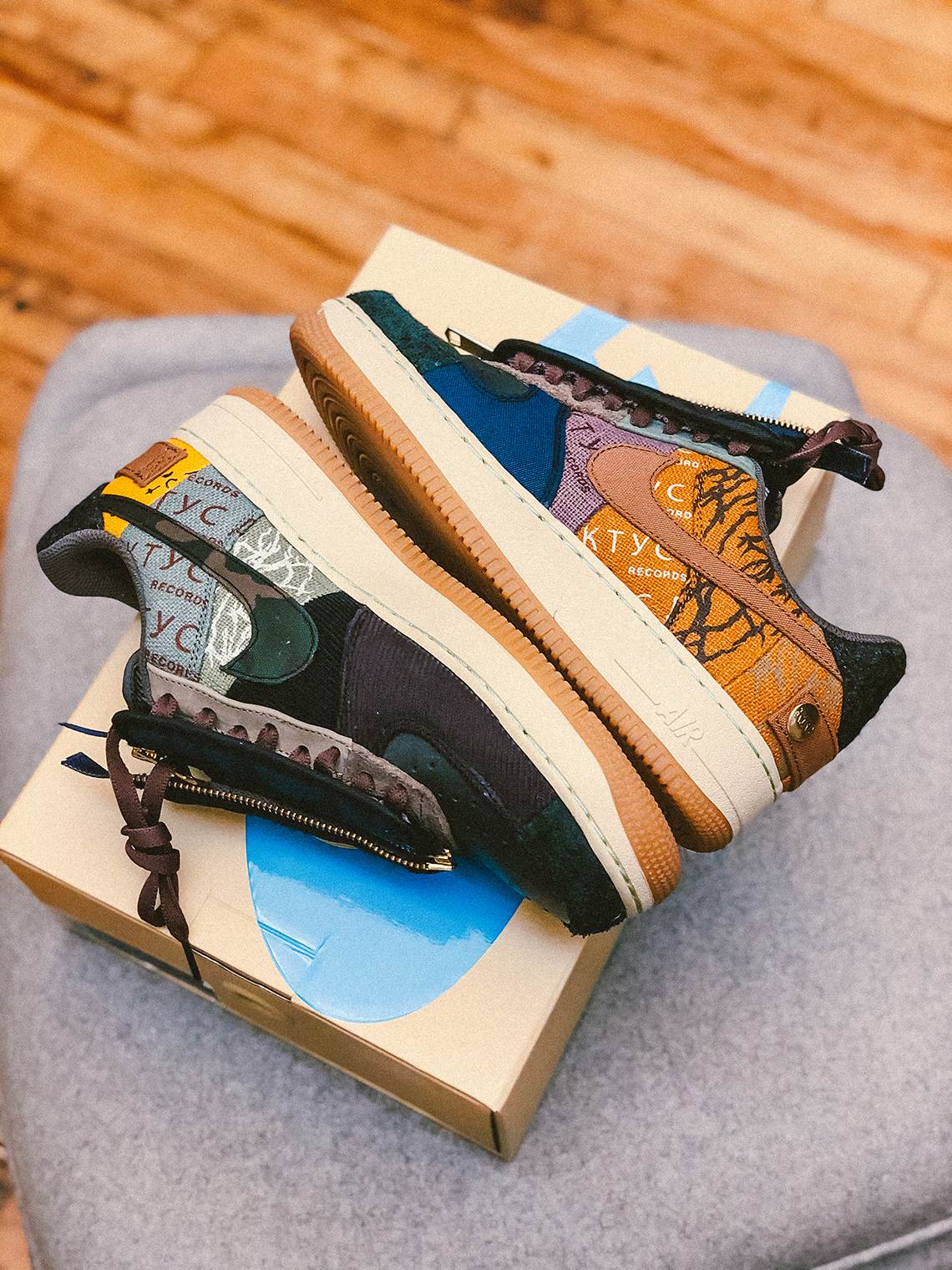 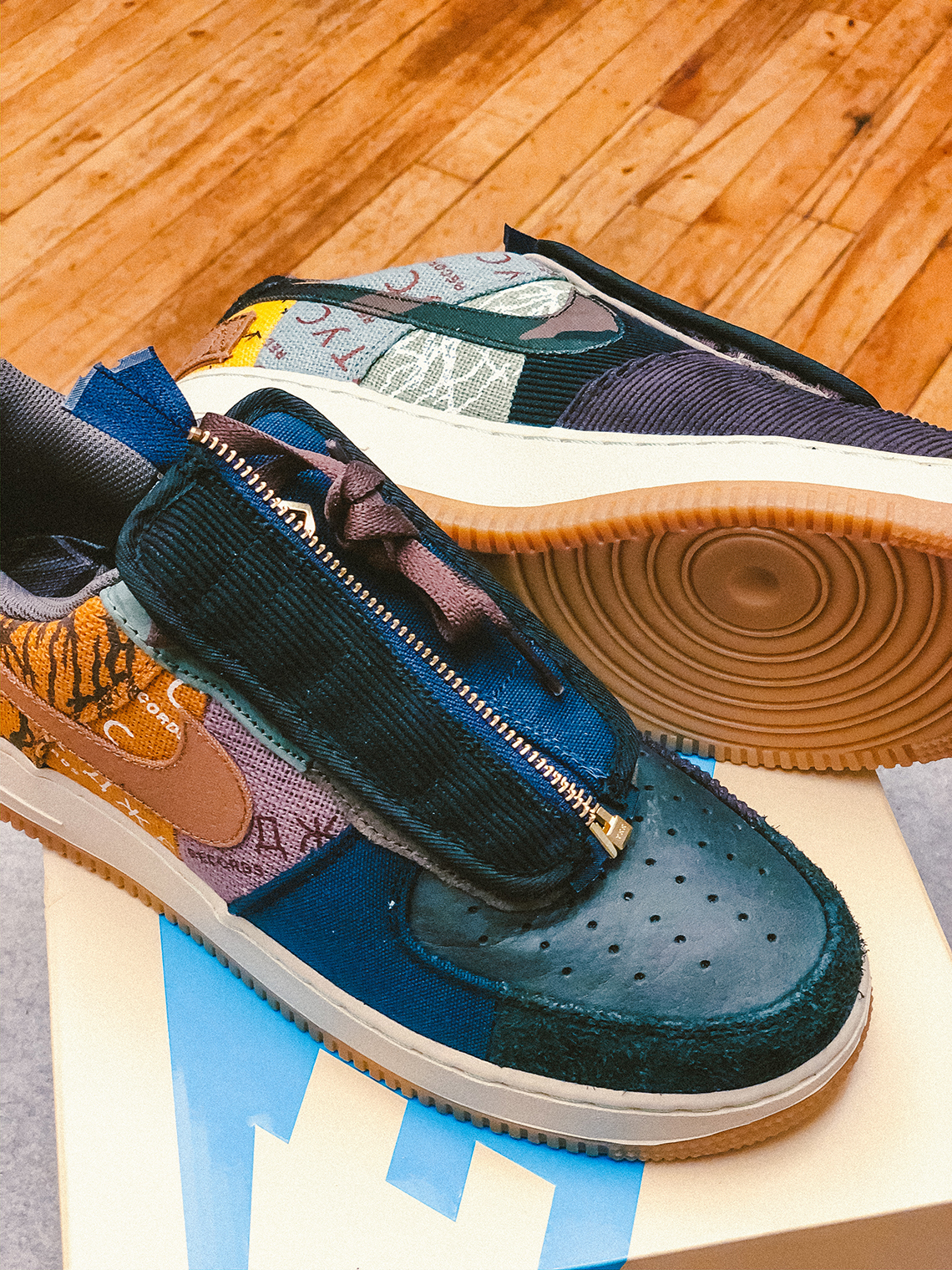 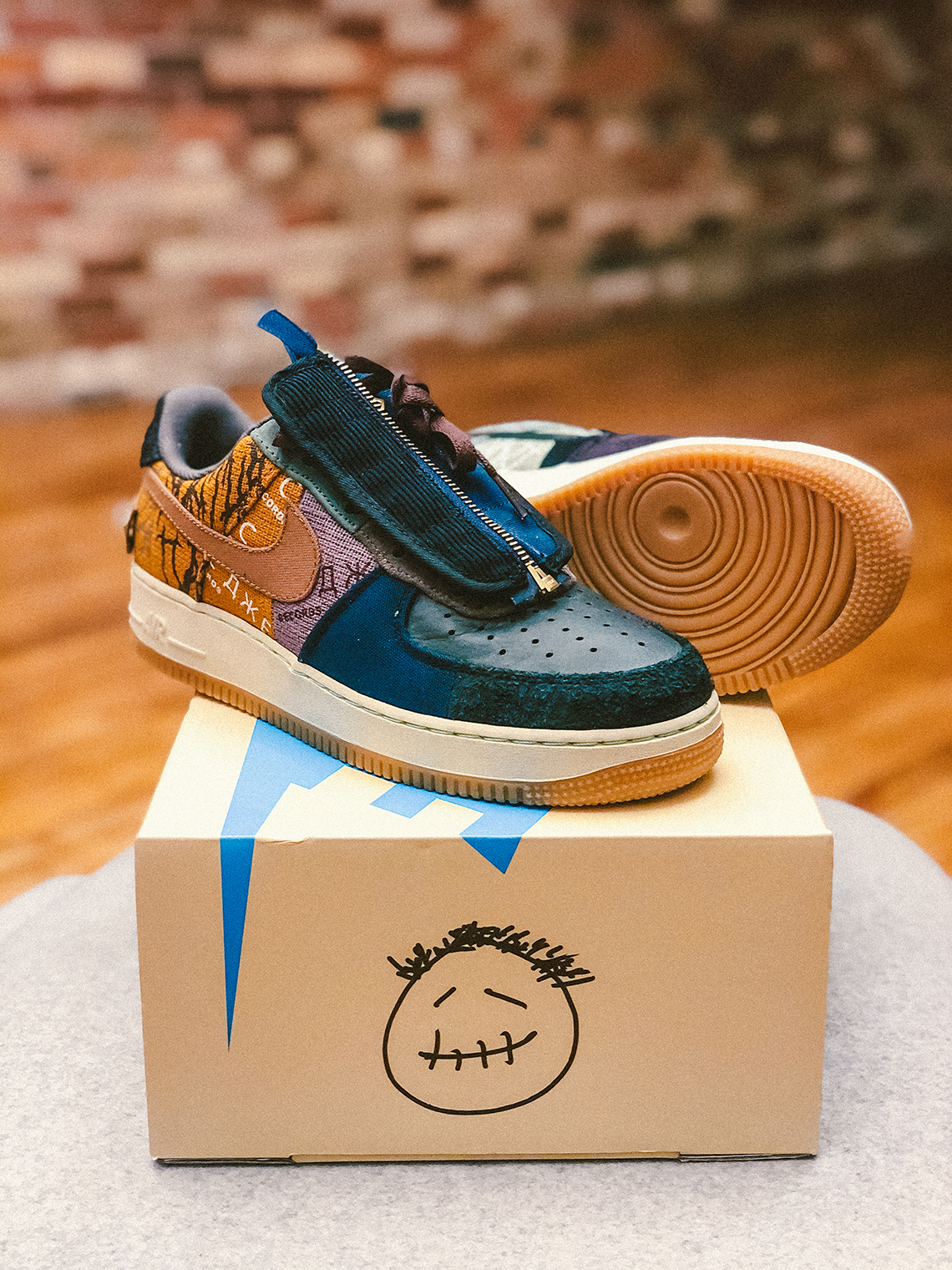 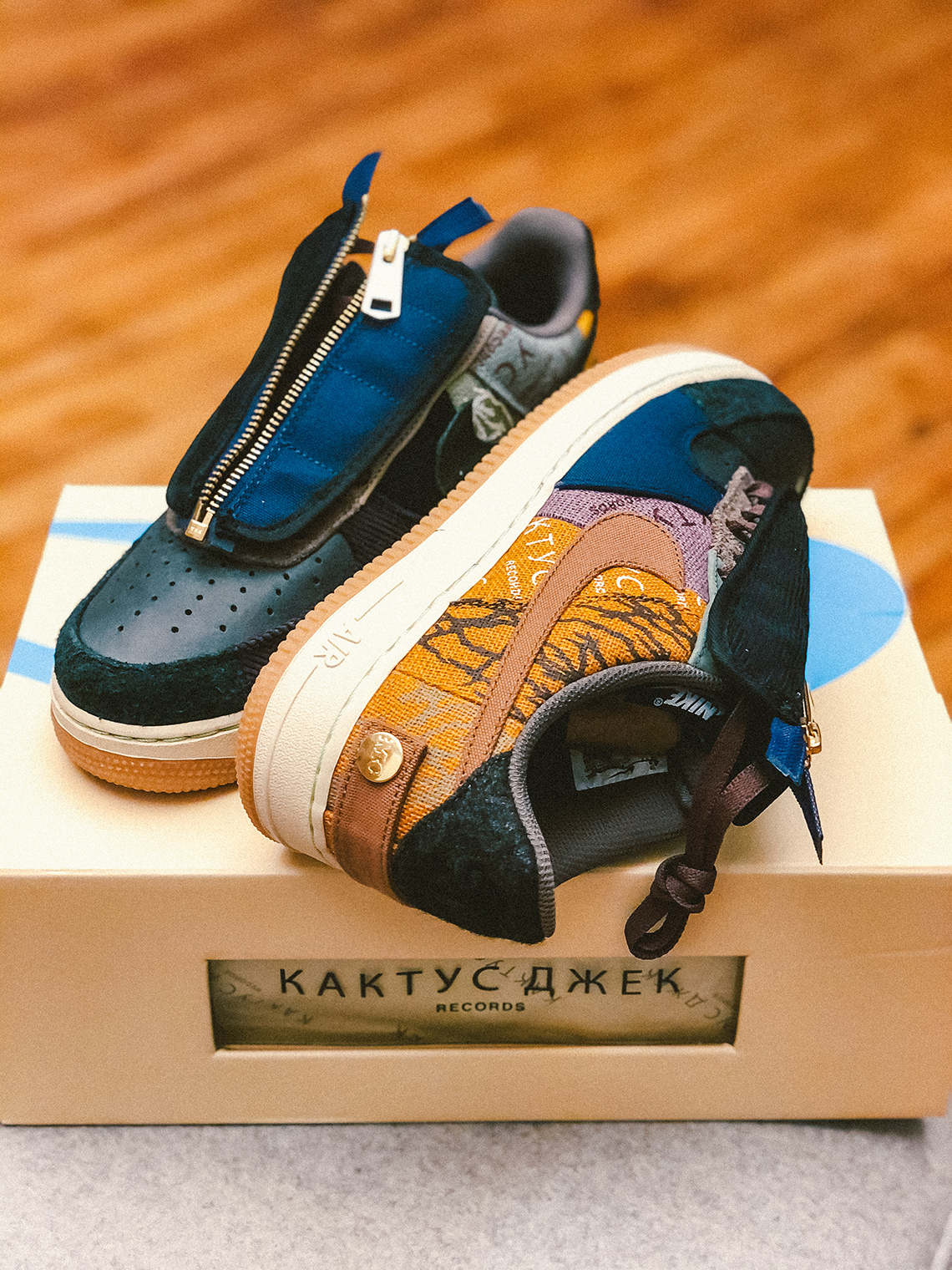 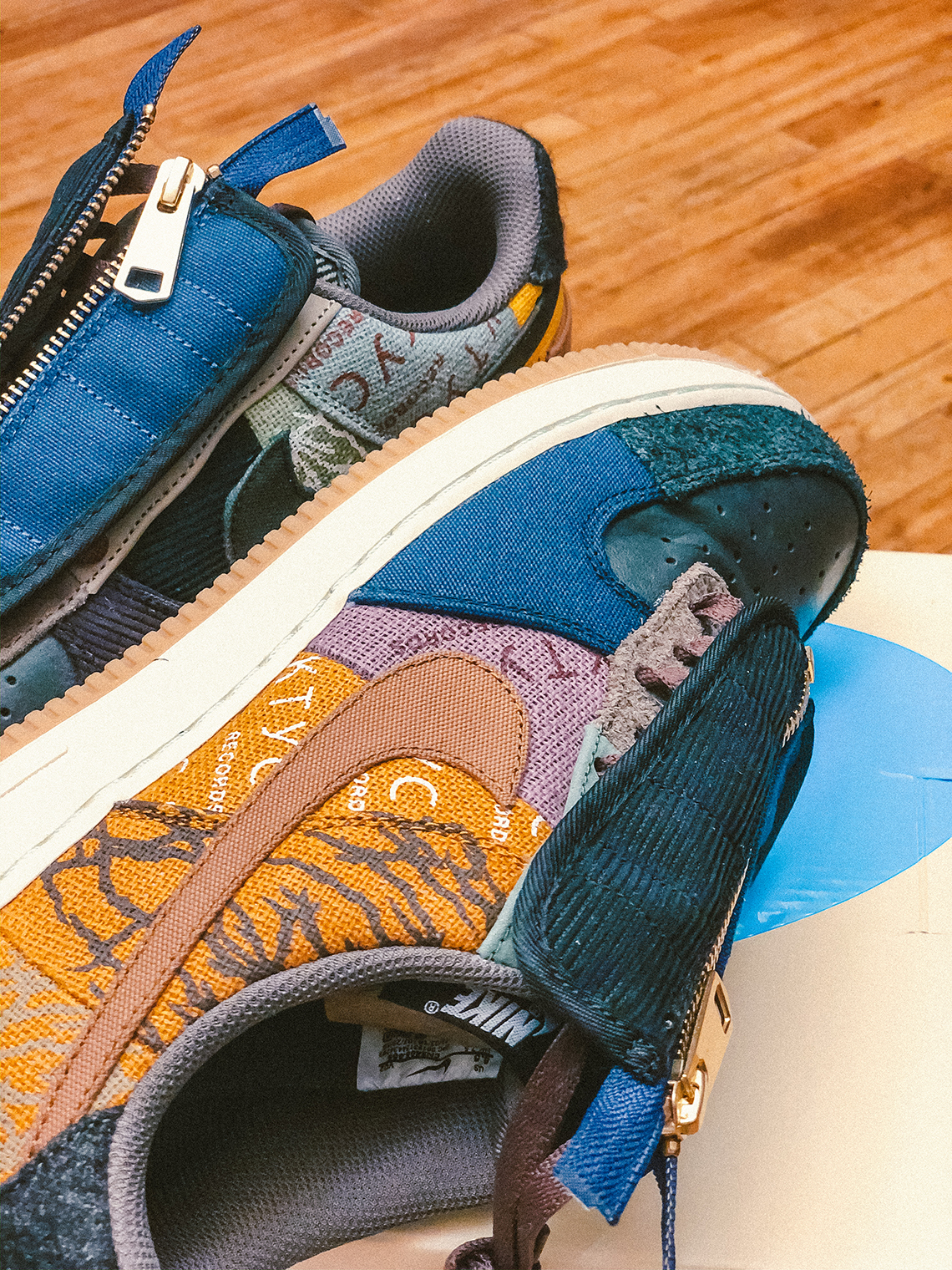 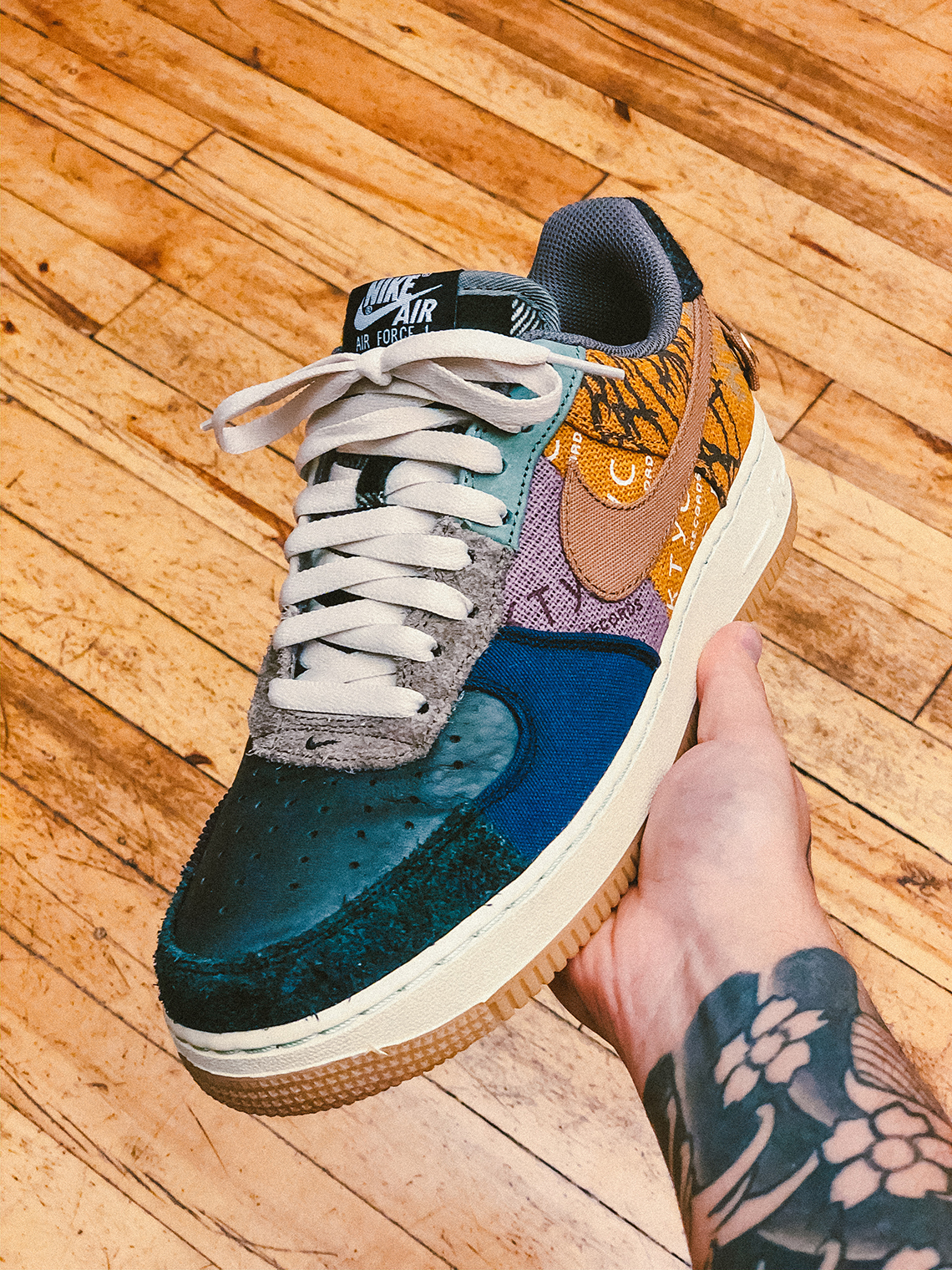 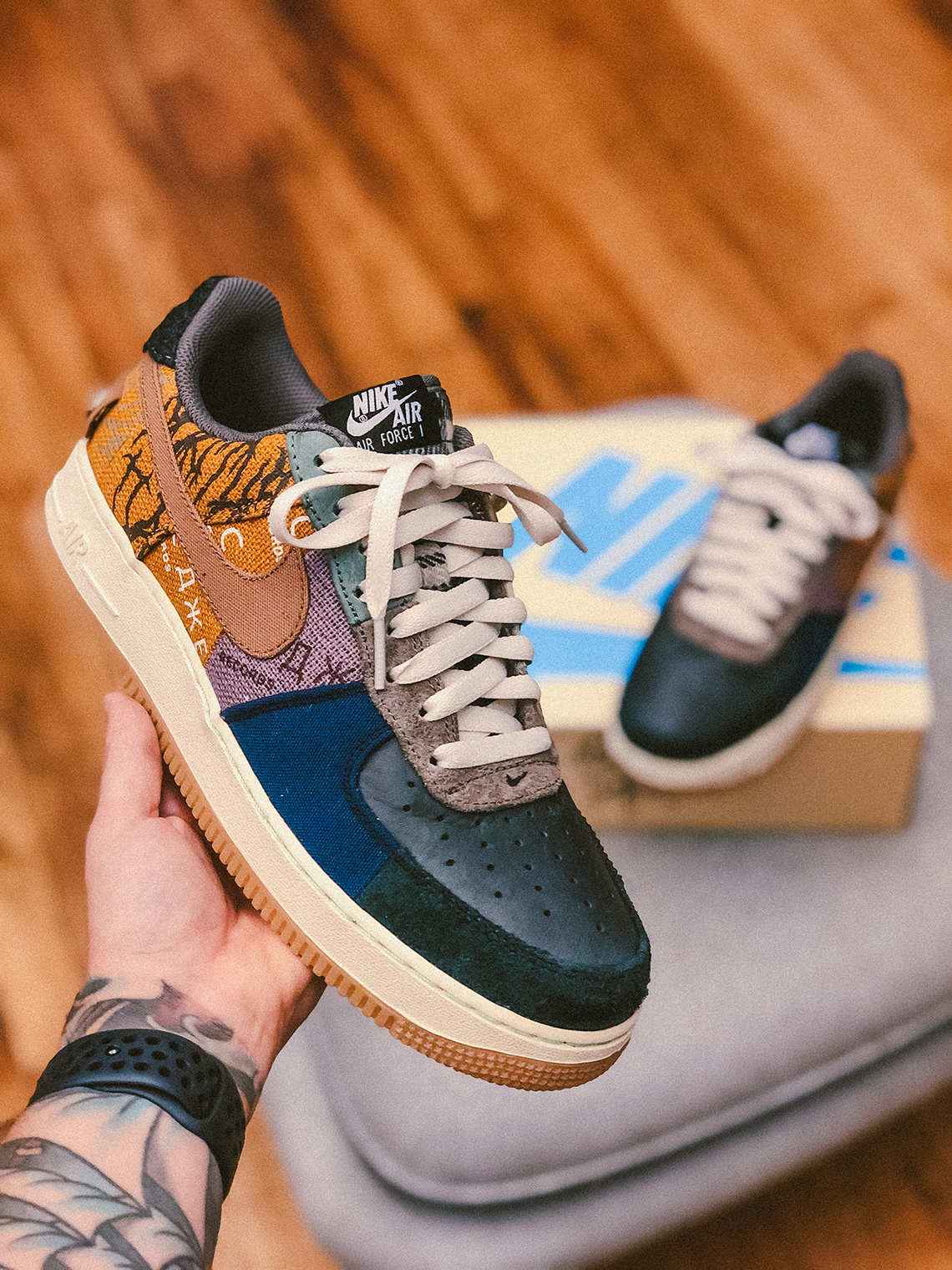 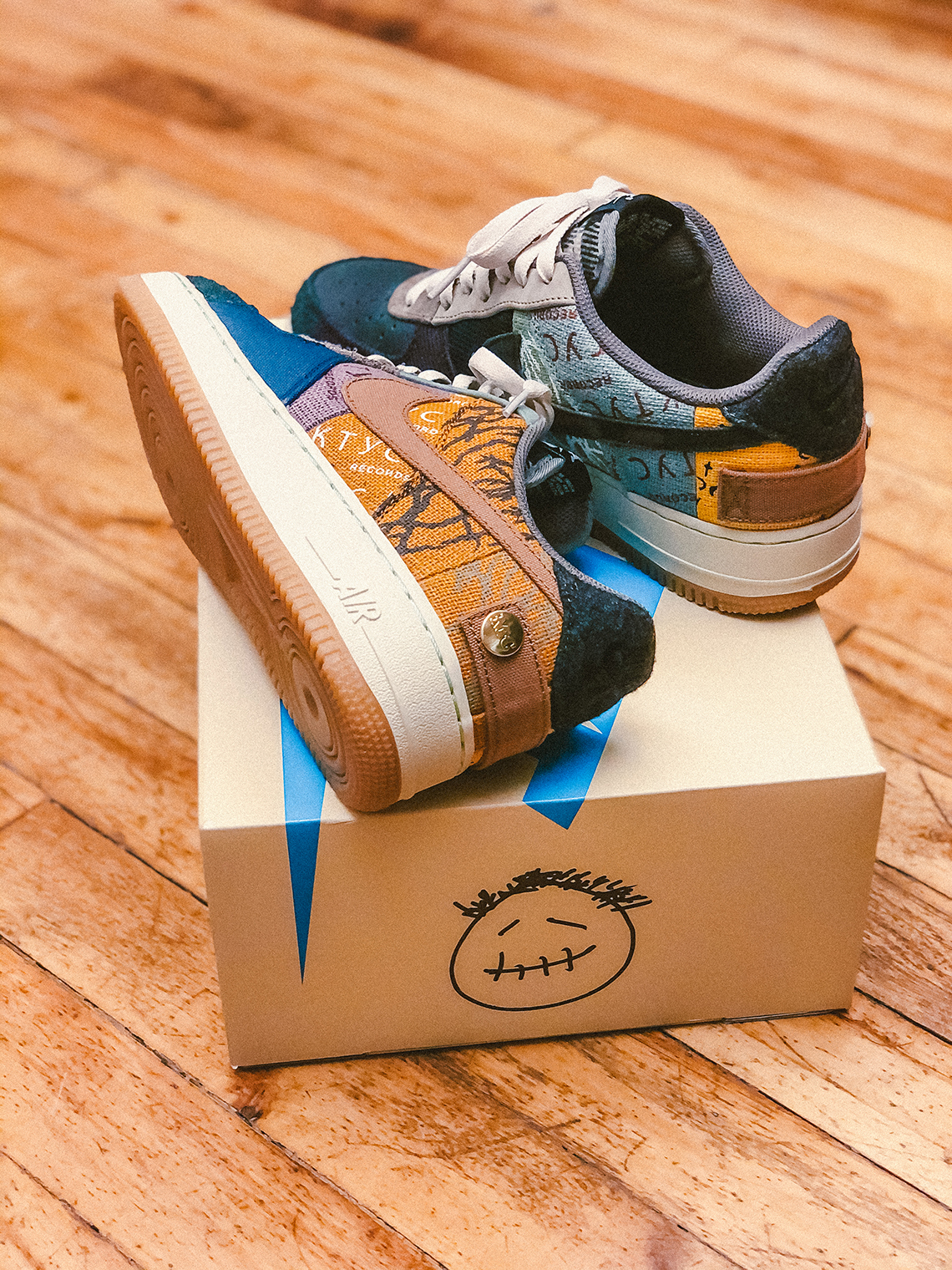