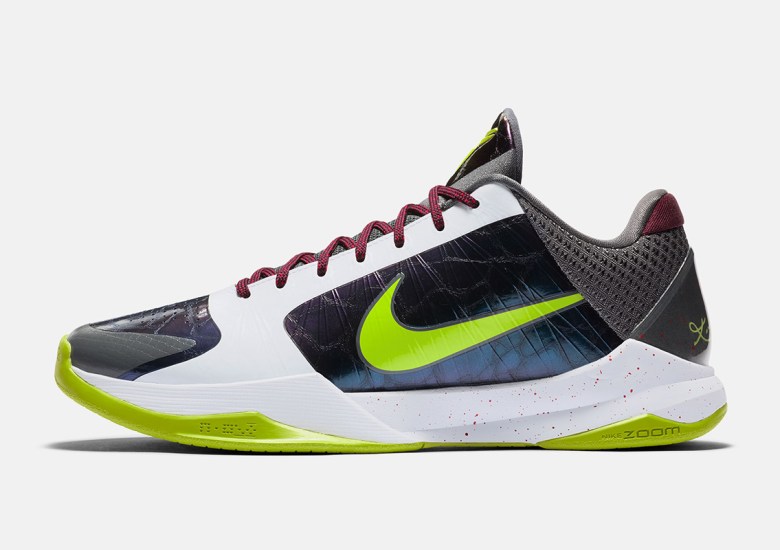 Kobe Bryant’s dichotomous approach to the game can be described as poetic, for his abstract analysis, and menacing, for his relentless tenacity. He’s always been drawn to similar beings – his alter ego of the Black Mamba for one – and his footwear was the perfect canvas for the storytelling angle of that couldn’t be communicated otherwise. The “Chaos” theme was born with the Zoom Kobe IV, and what few may remember is that the colorway was directly inspired by Kobe’s obsession with Heath Ledger’s Joker from The Dark Knight, a film that the five-time champion has watched dozens of time. While an outright villain, The Joker’s motivation was, at some level, understandable, and much of his approach to achieving his goals can be compared to what Kobe endured during the post-Shaq, pre-4th/5th ring time period of his career.

The Zoom Kobe V is unquestionably more recognizable for its color palette matching the macabre face paint of the villain, and on January 3rd, it officially returns in upgraded Protro form. With Nike Kobes already at the top of the list for Nike athletes to wear on court, we fully expect guys like Devin Booker, Demar DeRozan, and others to rock the Kobe V as the Protro movement switches to the fifth model. See the official imagery below, and if you’re not too familiar with the “Chaos” timeline, check out this feature here. 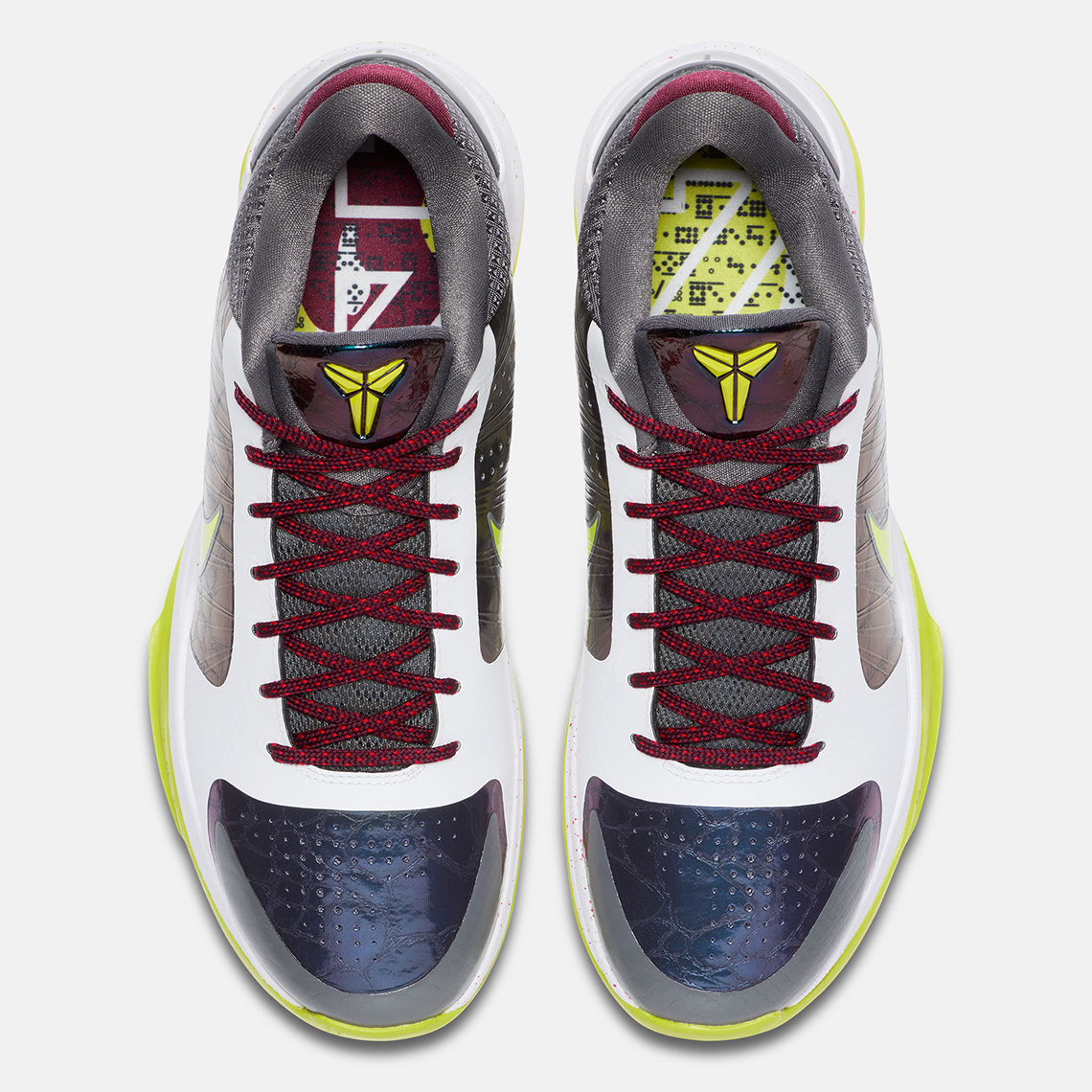 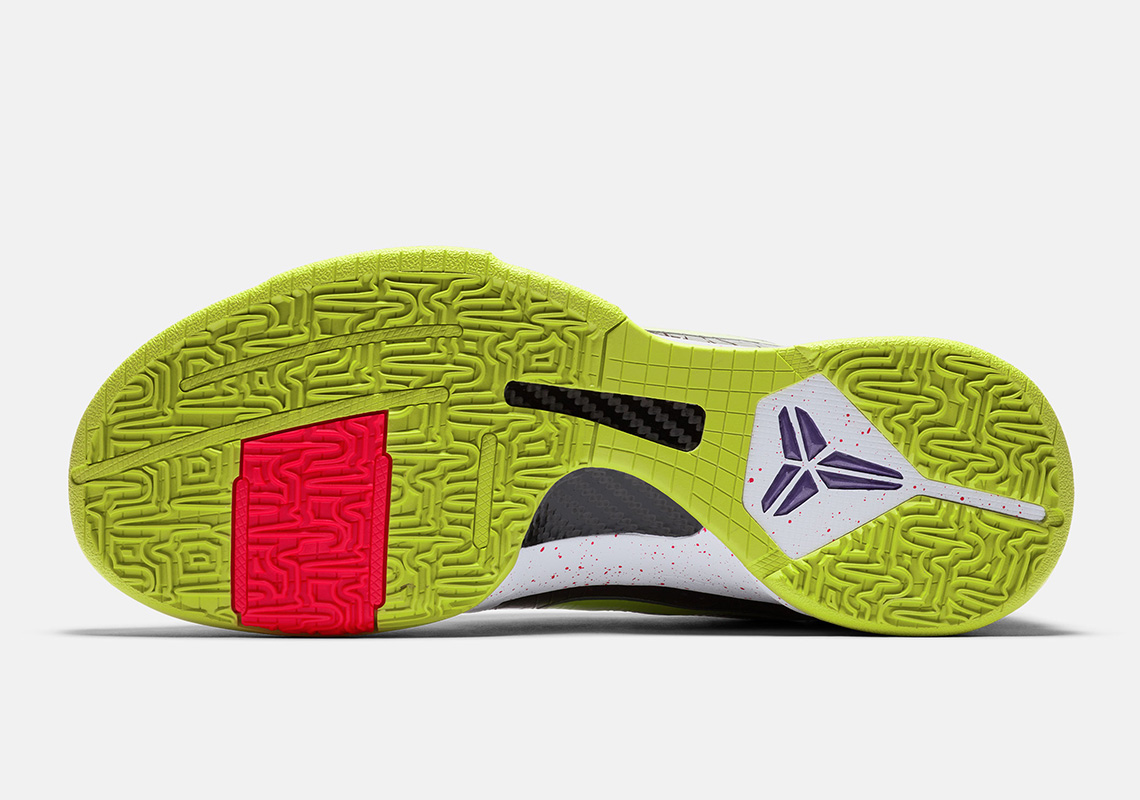