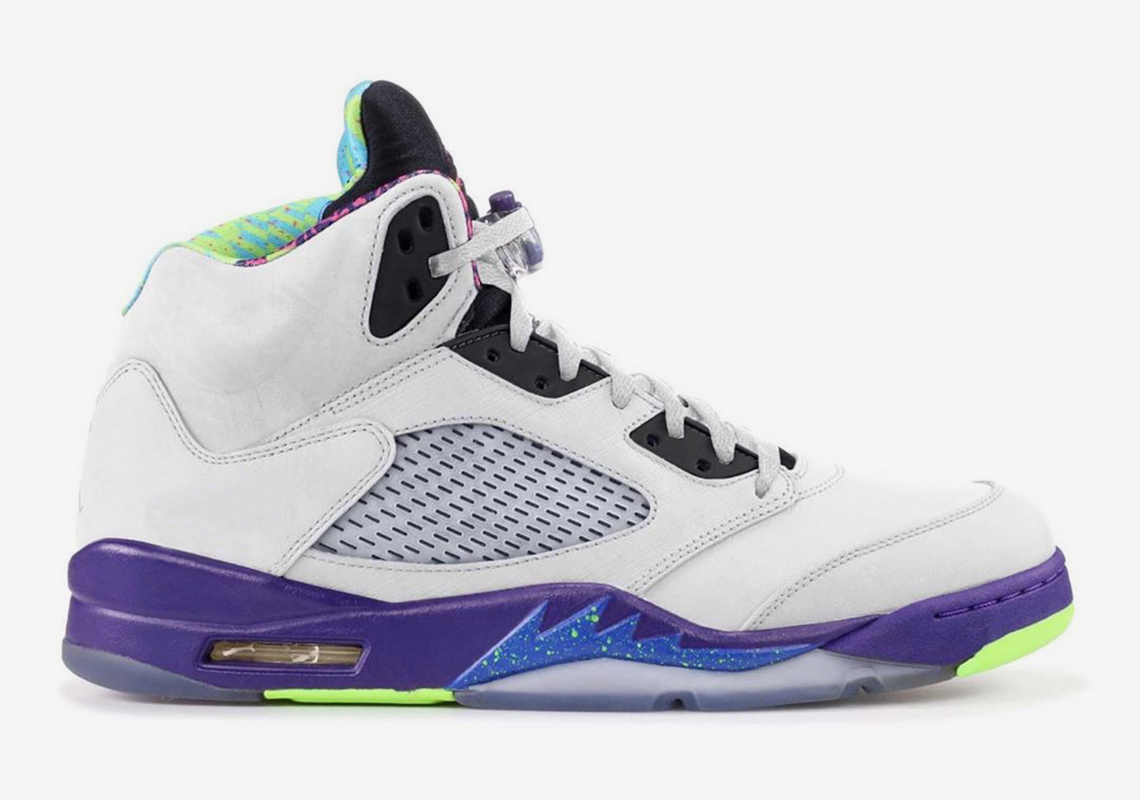 Still a star even late into his career, Will Smith is seemingly destined for the spotlight, now starring in action films in which he’s pit against his younger self, teaming up with Instagram talent to bolster his social media presence, and even joining the Tik Tok hype with the same edited and star-ridden content. And even despite all this, the one role the actor may be most attributed to and applauded for is The Fresh Prince of Bel-Air, the influential 90s comedy whose main intro depicted the much younger Smith in a pair of Air Jordan 5s. The silhouette, which was once modified in a laceless execution a la the prince himself, is now dressing up in an alternative take of the “Bel-Air” colorway released back in 2013, swapping out the grey-dressed uppers for a more fitting white touch-up as is indicated by mock-ups. With no official imagery to go on, it’s likely these will see a color blocking similar, nodding more affectionately to the beloved “Grape” scheme though with different arrangements and retro graphics. The AJ5 “White Bel-Air” is rumored to be releasing quite a few months ahead in August 2020, going for a likely $200 USD price tag.