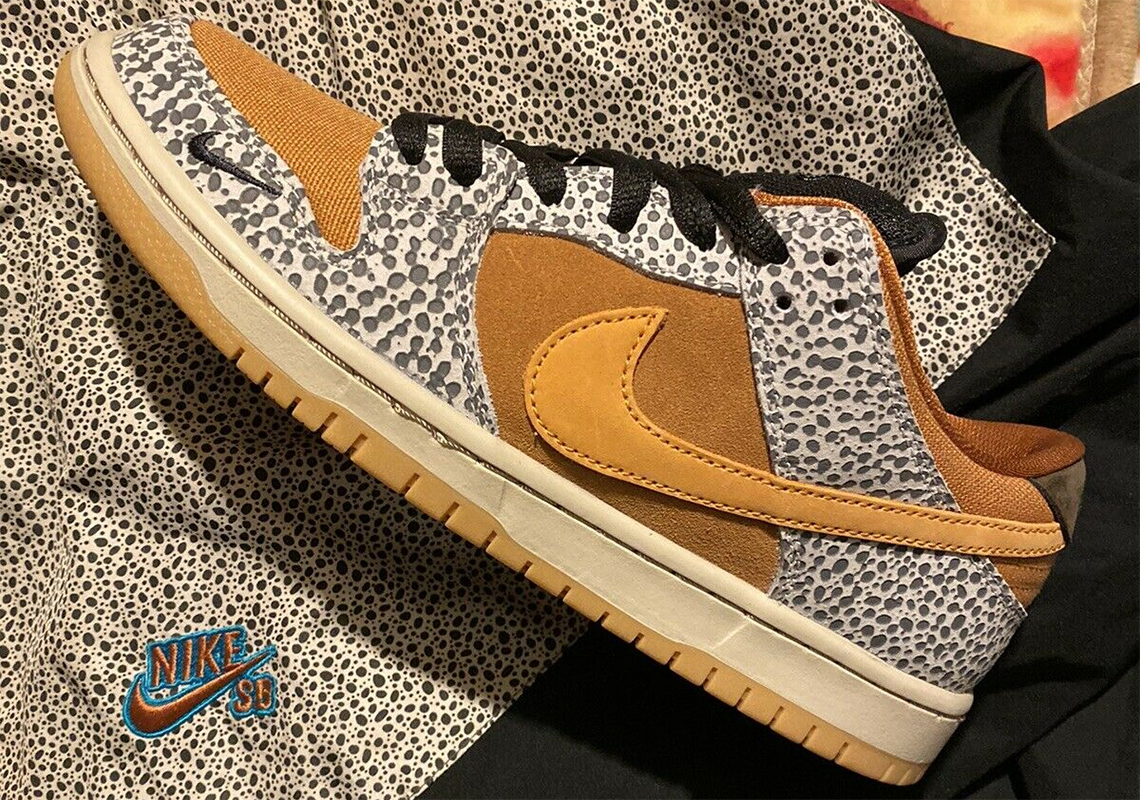 After closing out last year with a blast-from-the-past type release with their “Tie Dye Raygun”, the Nike SB category is kicking off the month of January with another release that also may elicit a fair share of nostalgic emotion. For this next installment, they’re pulling inspiration from atmos’ lauded Air Max 1 “Safari” collaboration from 2003 to infuse into this upcoming Nike SB Dunk Low offering. Displaying a valiant effort in staying faithful to the original, this modernized iteration translates nearly every detail from its patterns to its constructions. The popular animalistic print arrives in identical form upon the overlays, and is coupled with canvas toe boxes, miniature Nike logos placed near the forefoot, and a full gum-colored outsole. And for good measure, the main Swooshes featured on the lateral/medial panels also alternate between their yellow and green hues to further allude to the Japanese brand’s creation. As of now these are scheduled to drop in select skate shops in Australia on January 11th, so stay tuned as we receive further info regarding their Europe and North America release dates. 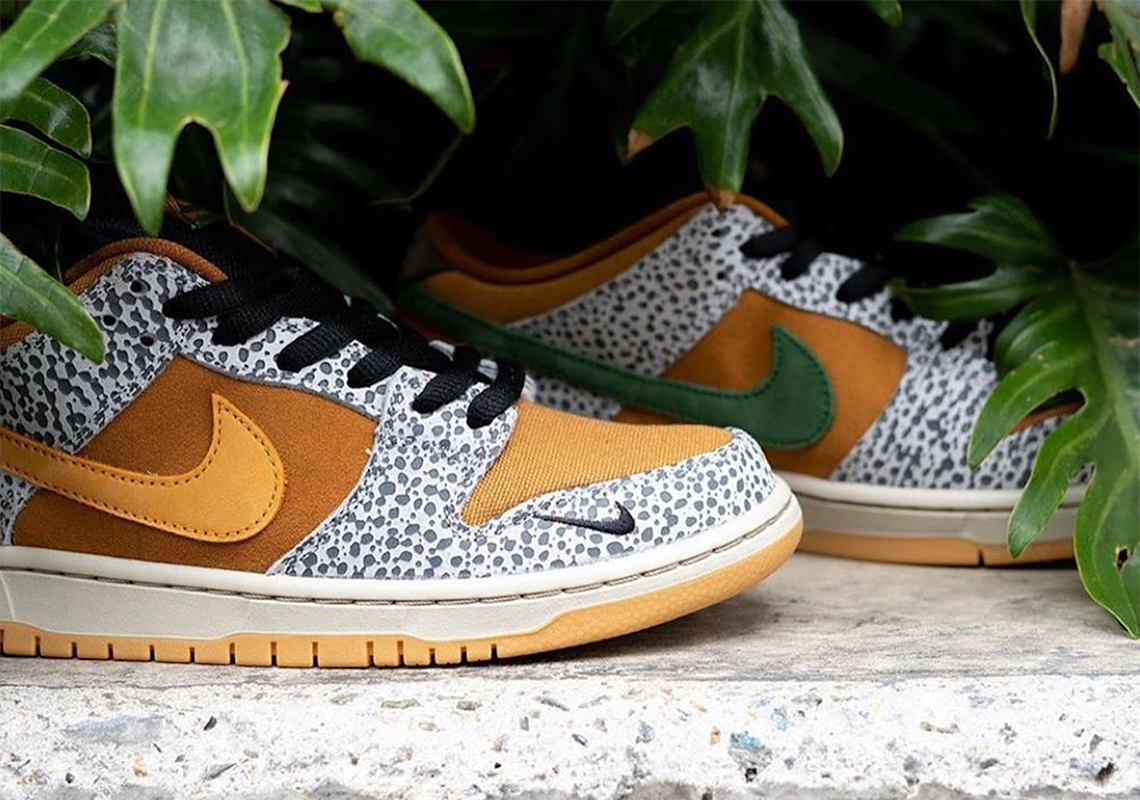 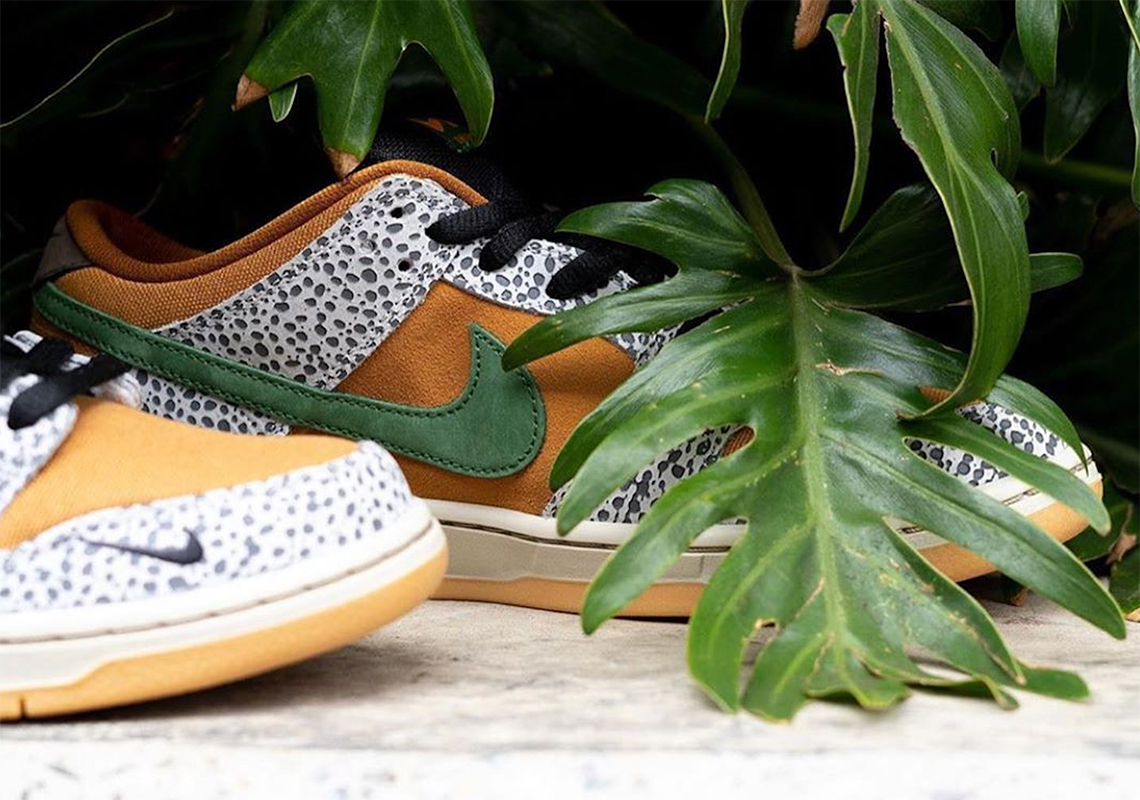