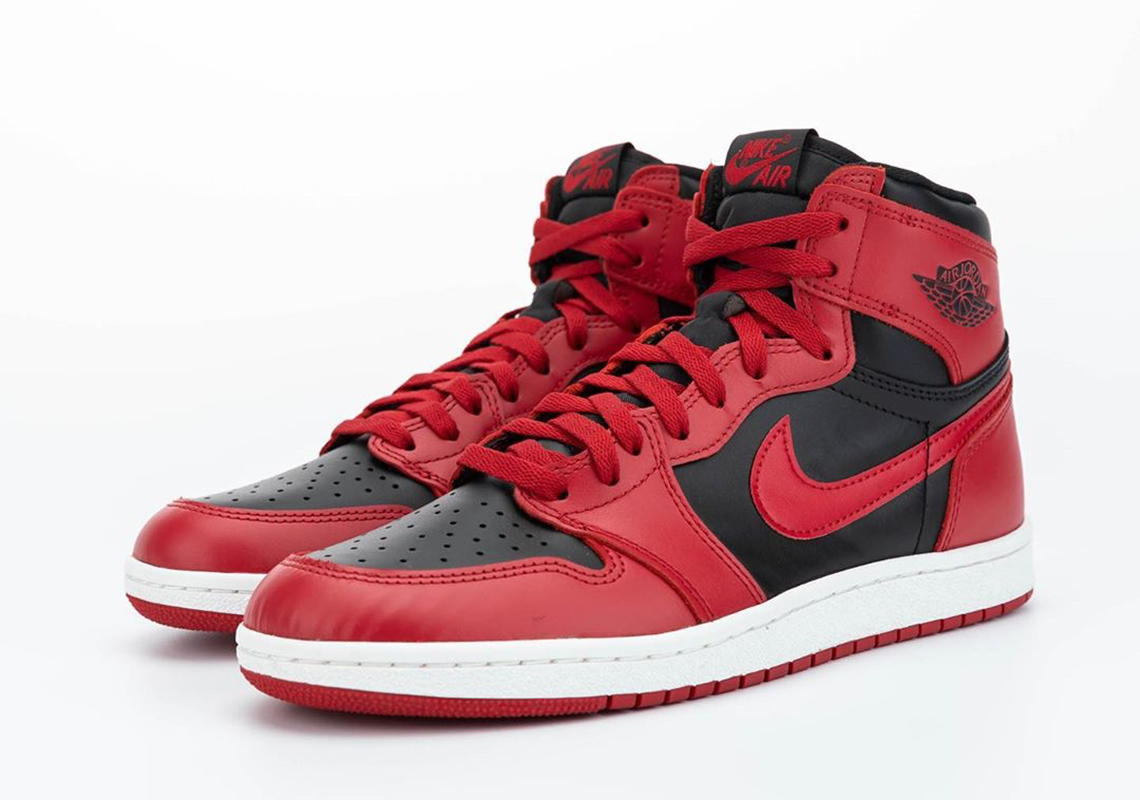 With the arrival of the “New Beginnings” pack, which includes the long lost and ever-coveted Air Ship, we’re set to see a whole new side to the Air Jordan 1 informed by its 1985 appearances, bearing the revered shape and construction that vintage lovers and Jordan Brand devotees have begged for even years ago. But with this revived form comes a flip of script foretold by the debut’s theme of choice. The most evident of this being the upcoming “Varsity Red” colorway whose entire scheme shifts the paradigm of the beloved “Banned” by removing its markings and traditionally red toe. Instead, each of the overlays is given the titular hue with its bases opting for black markings of typical smooth leathers. Swooshes, the “Nike Air” on the tongue, and the laces all adhere to the more vibrant of the two while Wings insignia, linings, and nylon tongues prefer to keep it neutral. Though just a bit more expansive than some collaborations, pairs will be hitting retailers at a somewhat limited quantity of 23,000 units for a retail of $200 USD in February of this year.

Though an instant sell-out, the AJ1 85 was one of the most popular Jordan release dates of the year so far. If you still need to satisfy your fix though the Pine Green Jordan 1 is coming soon on February 29th. 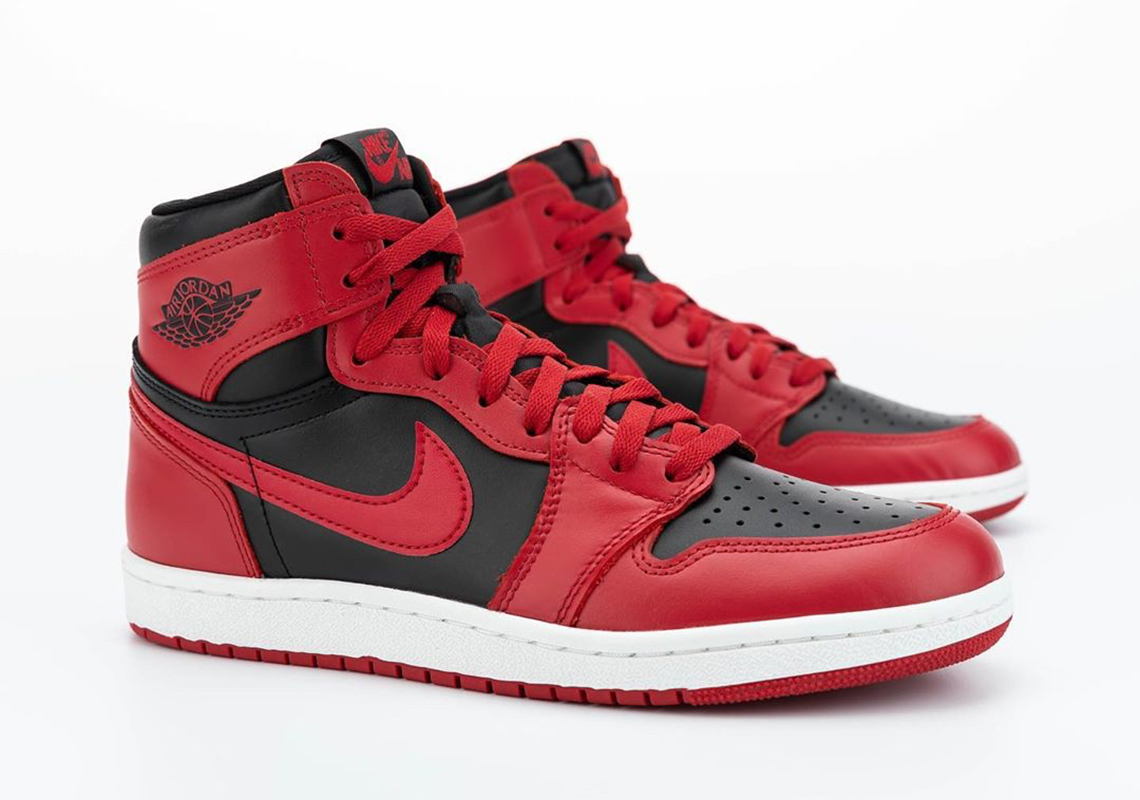 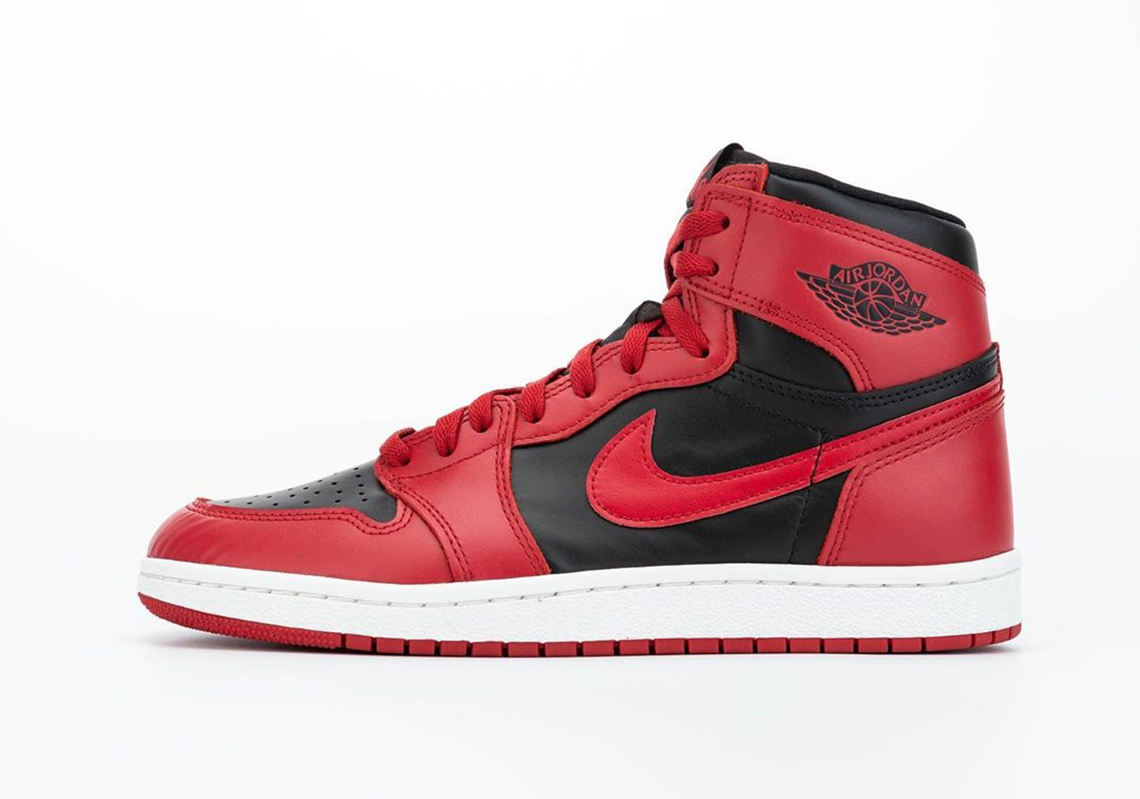 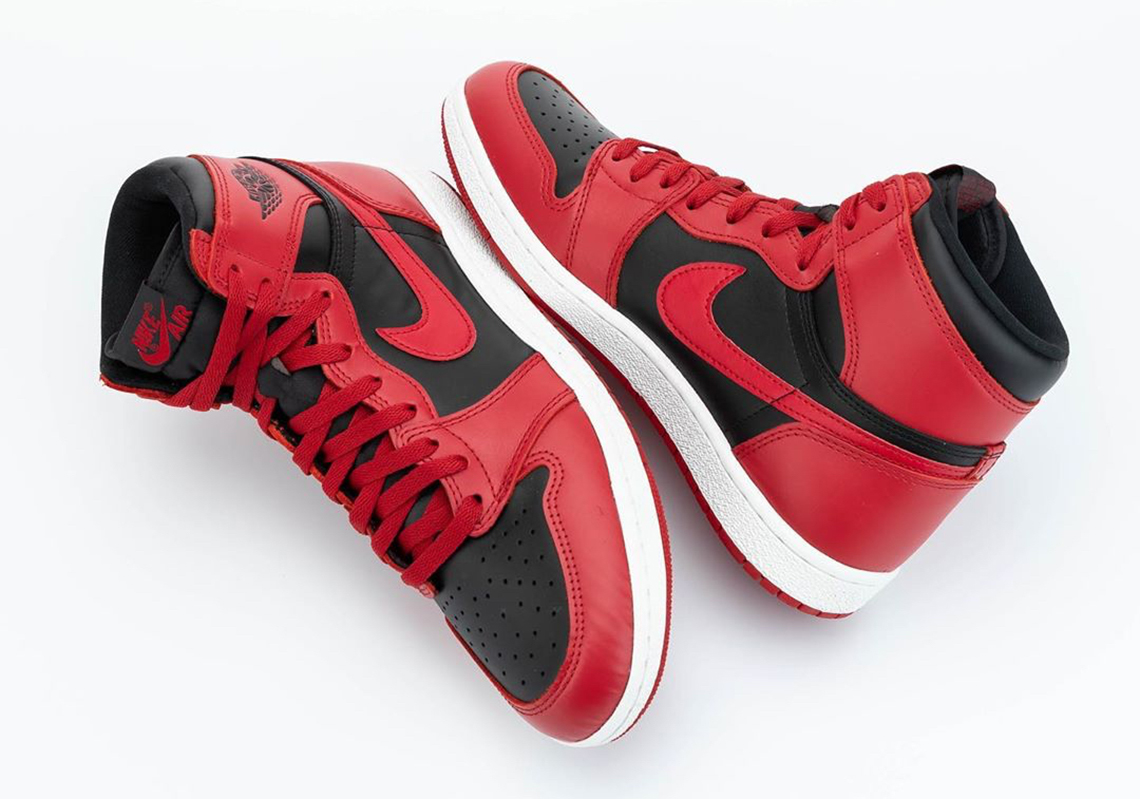 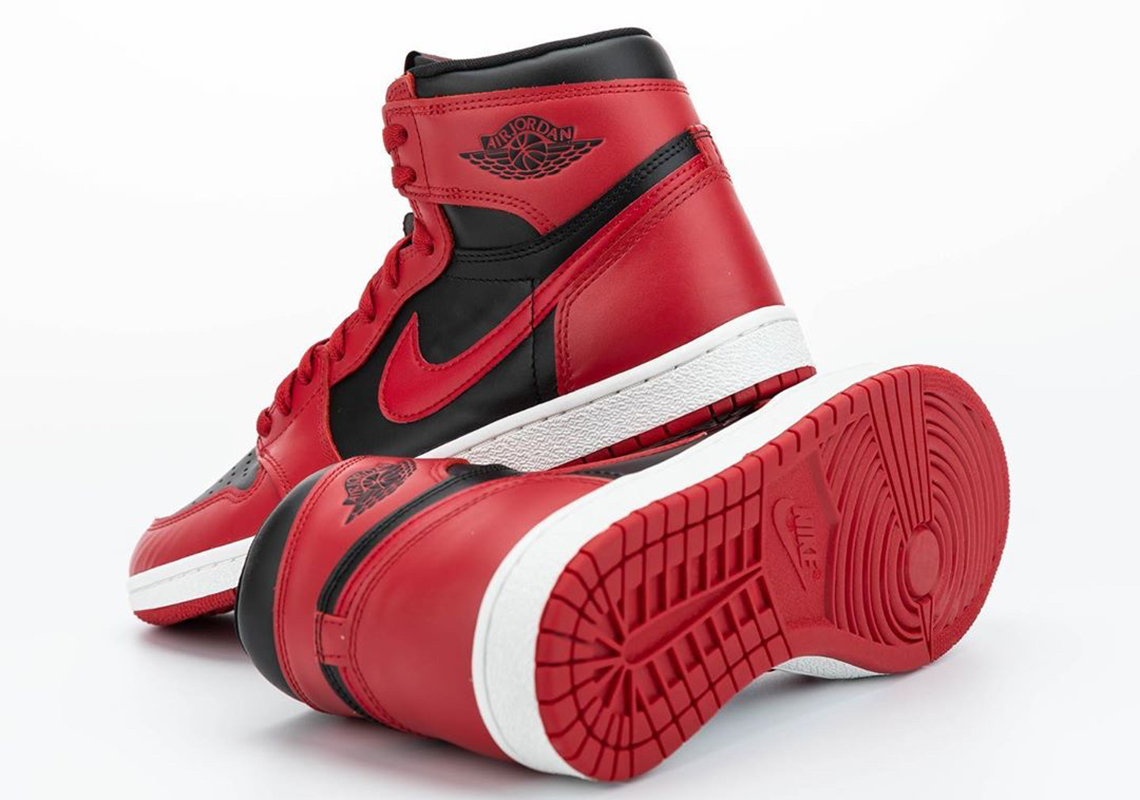 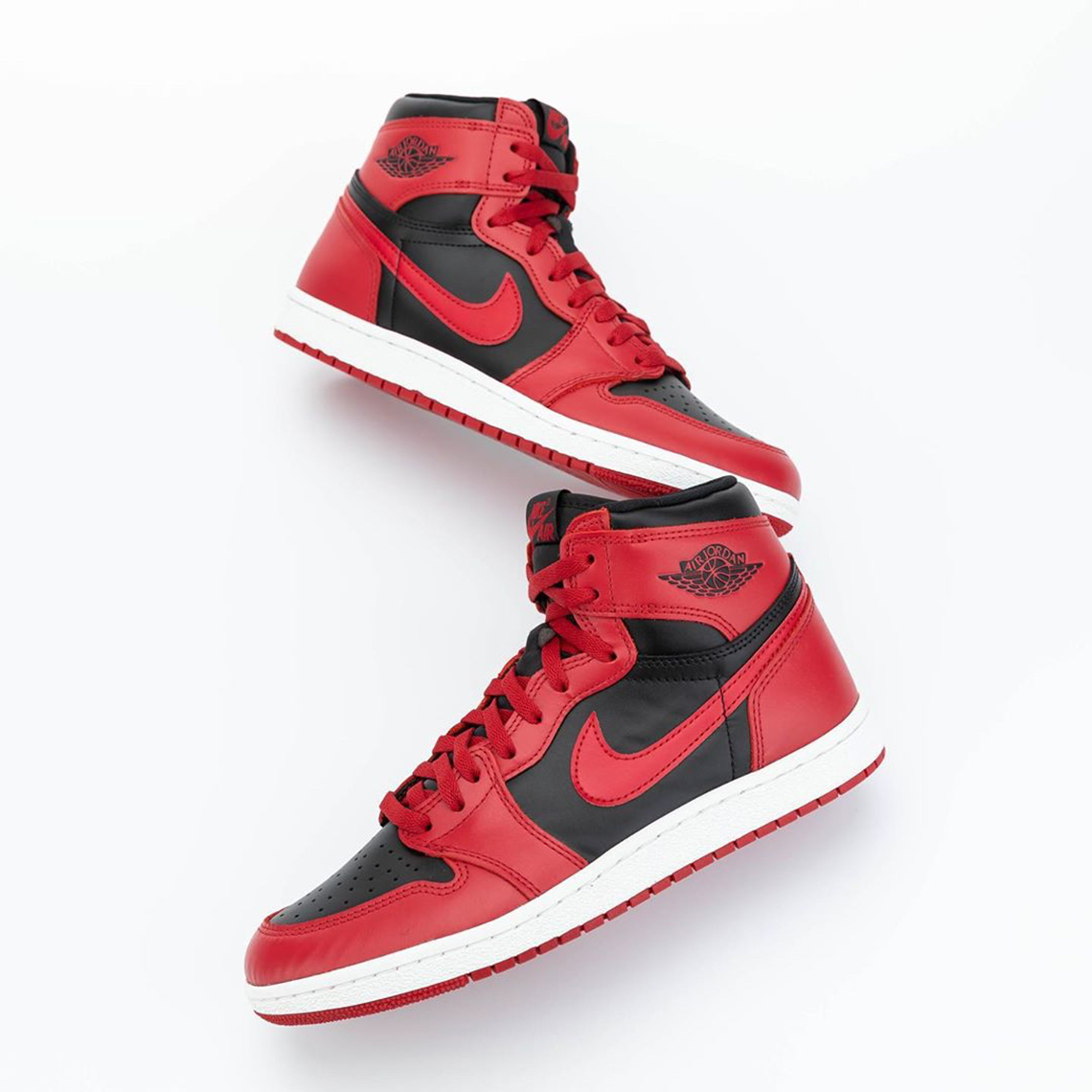 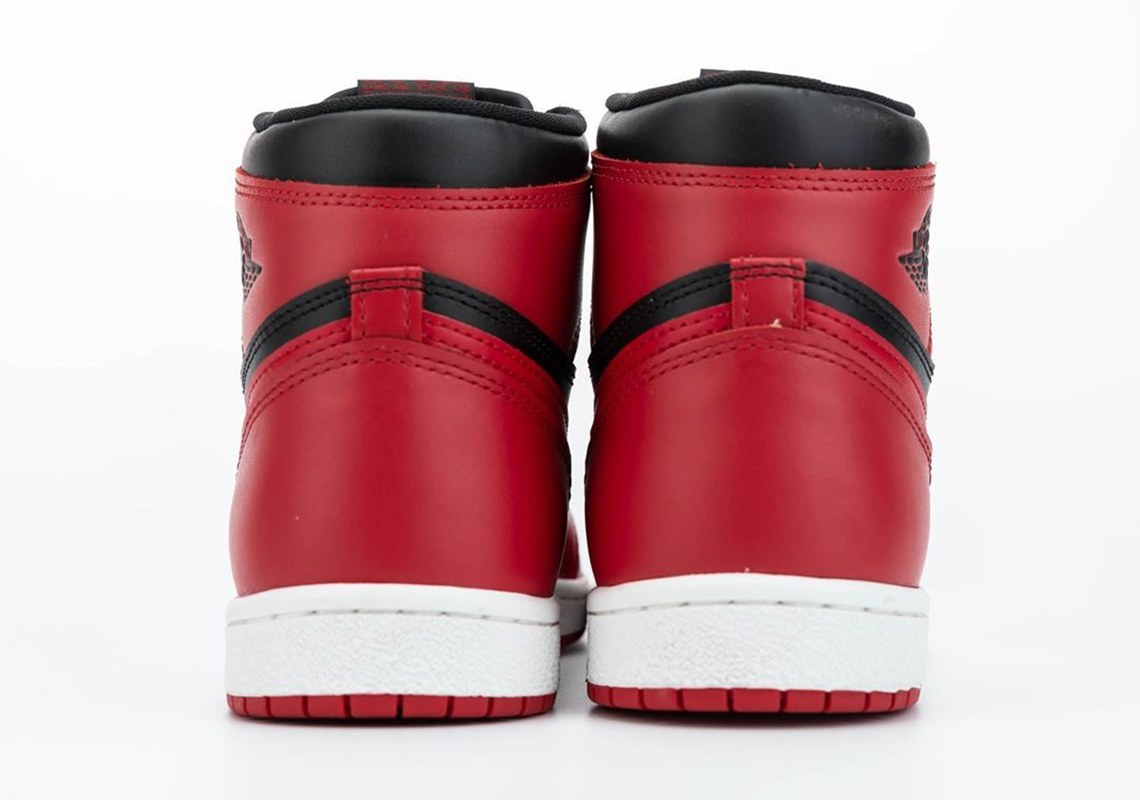 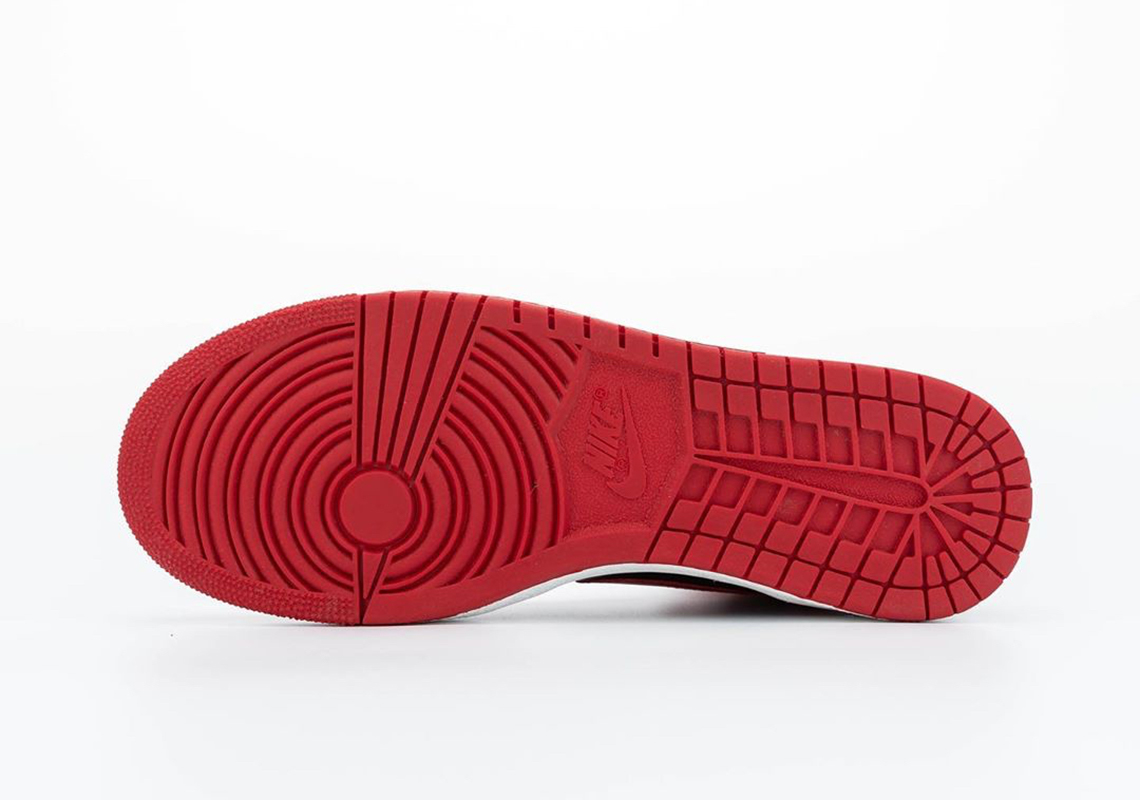