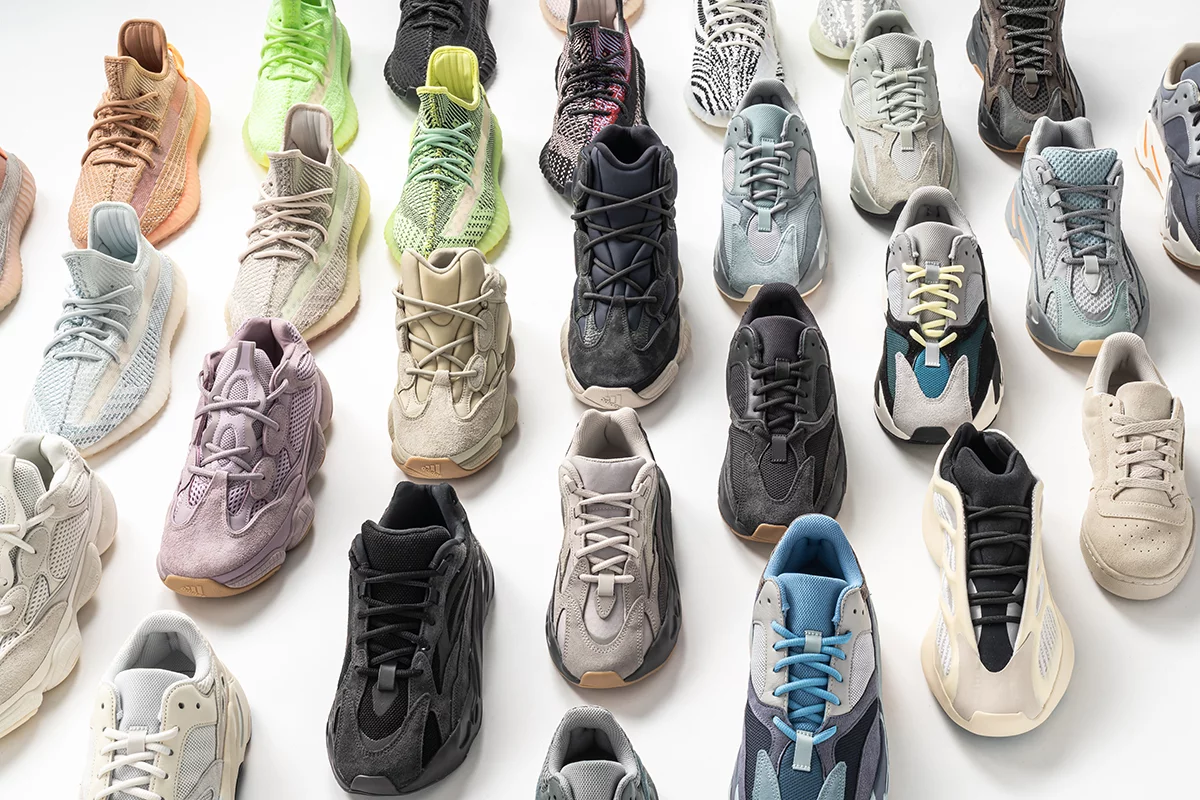 No stranger to controversy, Kanye West made headlines in 2016 when he proclaimed in song that adidas Yeezy had “just jumped over Jumpman.” Though he later took to Twitter to both apologize and show admiration to Michael Jordan, specifying his issues were with now ex-Nike CEO Mark Parker, industry insiders and outside spectators alike dismissed Mr. West’s statements, attributing them to ‘Ye just being ‘Ye. Fast forward three years later, we learned the Yeezy empire had amassed a $1 billion valuation, which still fell short of Jordan Brand’s approximately $3 billion in annual sales, but exhibited Kanye’s capacity to not only create product, but also influence culture at the utmost level when given the resources and platform. And although the Yeezy line had assembled a formidable range of footwear – including Yeezy Boost 750, Yeezy Boost 350, and Yeezy Boost 700 – leading up to 2019, the last year of the ’10s saw a fire get lit under the adidas-backed imprint as the label prepped an astounding 43 releases, excluding certain restocks and non-Adult sizes.

Among all the Yeezy models dropped in 2019, the Yeezy Boost 350 v2 was unrivaled in its release calendar. Boasting a mix of bold (“Clay,” “Glow”) and muted (“Citrin,” “Lundmark”) outfits, the low-top silhouette is already poised to have an equally-successful 2020 with forthcoming “Cinder” and “Desert Sage” iterations. Although free of BOOST, its adiPRENE-cushioned counterpart – the Yeezy 500 – favored similar subdued tones like “Stone” and “Bold White,” but still found time to show off a purple “Soft Vision” look before closing out the year in a dark “Slate” via the boot-like Yeezy 500 High. Previously seen models like the Yeezy 700 and Powerphase added “Inertia” and “Quiet Grey” makeups to their respective rosters, but the former received two design updates throughout the year in the Yeezy Boost 700 v2 and the BOOST-less, more affordable Yeezy 700 v3. Though compelling, respective “Vanta” and “Azael” releases appear tame when compared to the “Alien” makeup of the Yeezy Boost 380, which was first speculated to be the third iteration of the ever-popular 350, but later launched as a new silhouette. While some of these models have been released more consistently than others, they’ve all been instrumental to the mission ‘Ye embarked on when he joined adidas in 2013.

For a complete walk-through down the Yeezy memory lane, head over to the Stadium Goods Journal to check out every adidas Yeezy release of 2019. To keep up-to-date with what Kanye and The Three Stripes Brand are up to this year, bookmark our adidas Yeezy Release Preview For 2020 post.