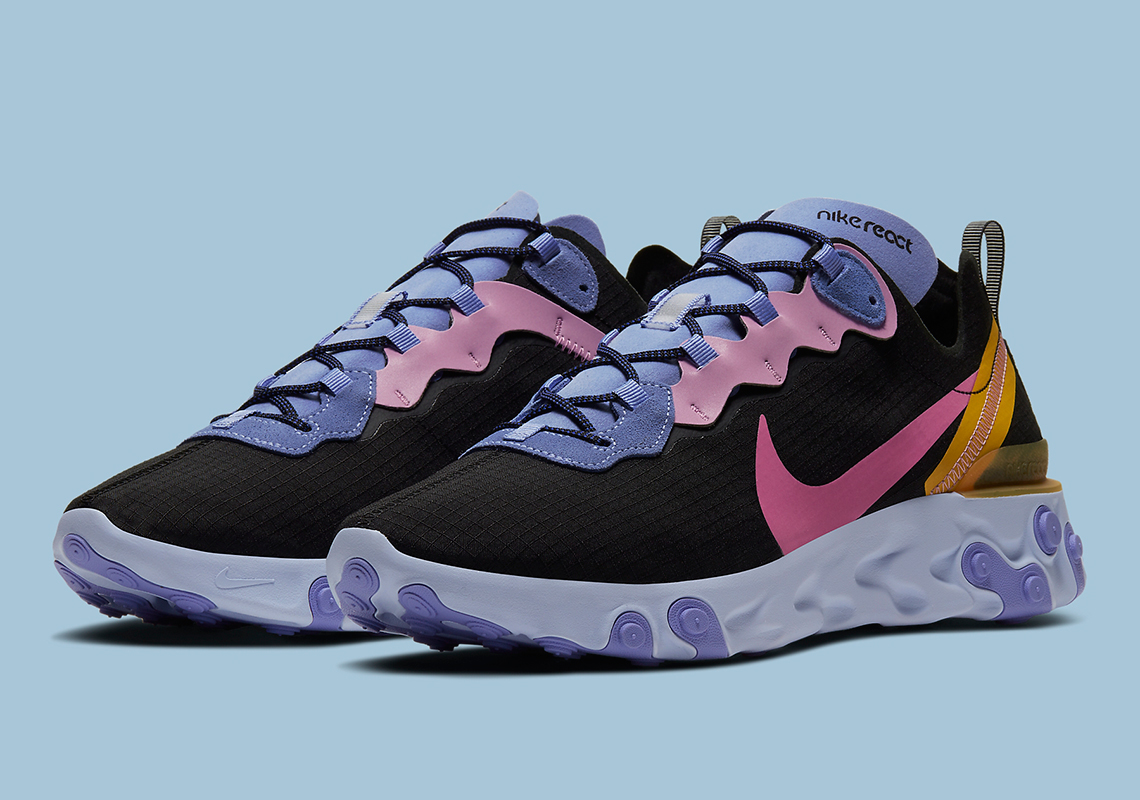 The Nike React Element 55 has built up a prolific reputation in the past couple of years as it has released in nearly every possible color scheme under the sun. And now that it has seemingly earned its status as a staple silhouette in the Nike Sportswear family, it makes sense for it to now turn towards Beaverton’s storied heritage to inspire some of its newer offerings. Similar to a rendition that was revealed last month, the lifestyle model leans on the popular Hike Nike man for some direction in its decor as well as placing him on a hang tag interlinked along the left side ankle collar. Associated with the Swoosh’s ACG category, vibrant retro tones of purple, pink, yellow and baby blue serve as the focal point of this new installment as they overtly shine against the gridded black base layer. Contrary to the aforementioned style that dropped this past December, these choose to color up its midsole section as well, applying its pastel hues throughout its full tread and plugs. A gallery of official images can be found here below, so check out a closer look and find these available now on Nike.com for $140. 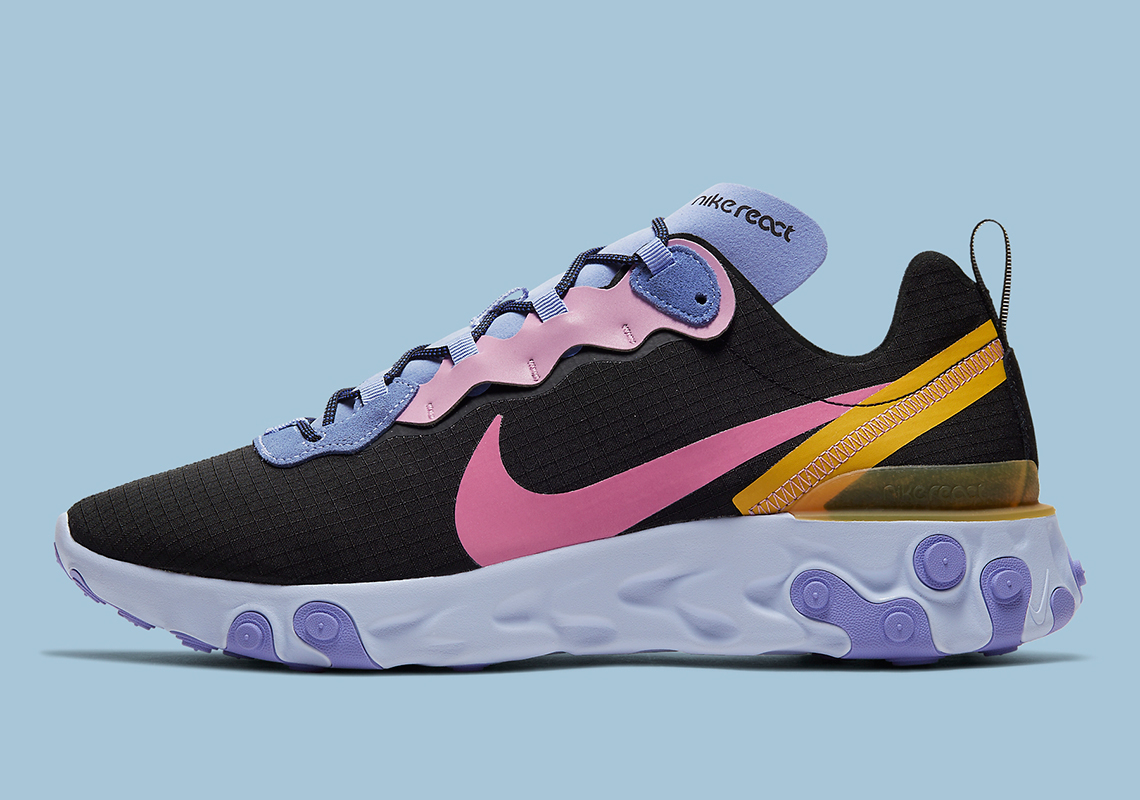 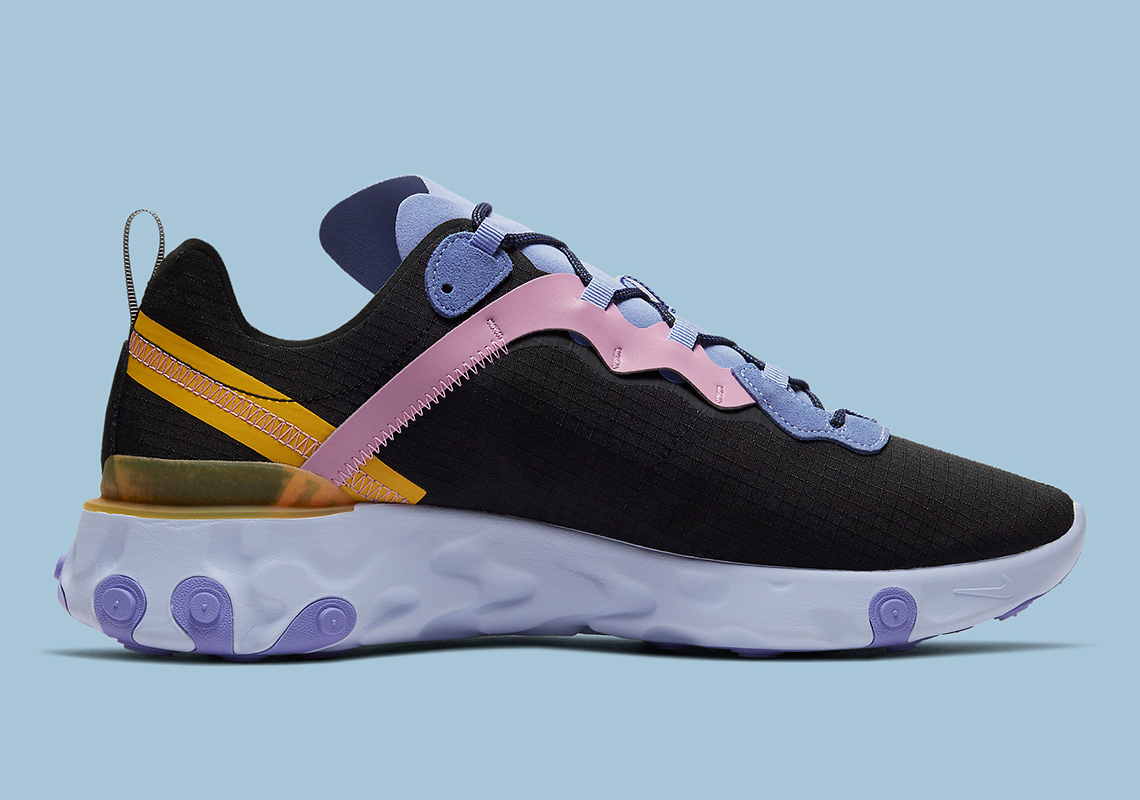 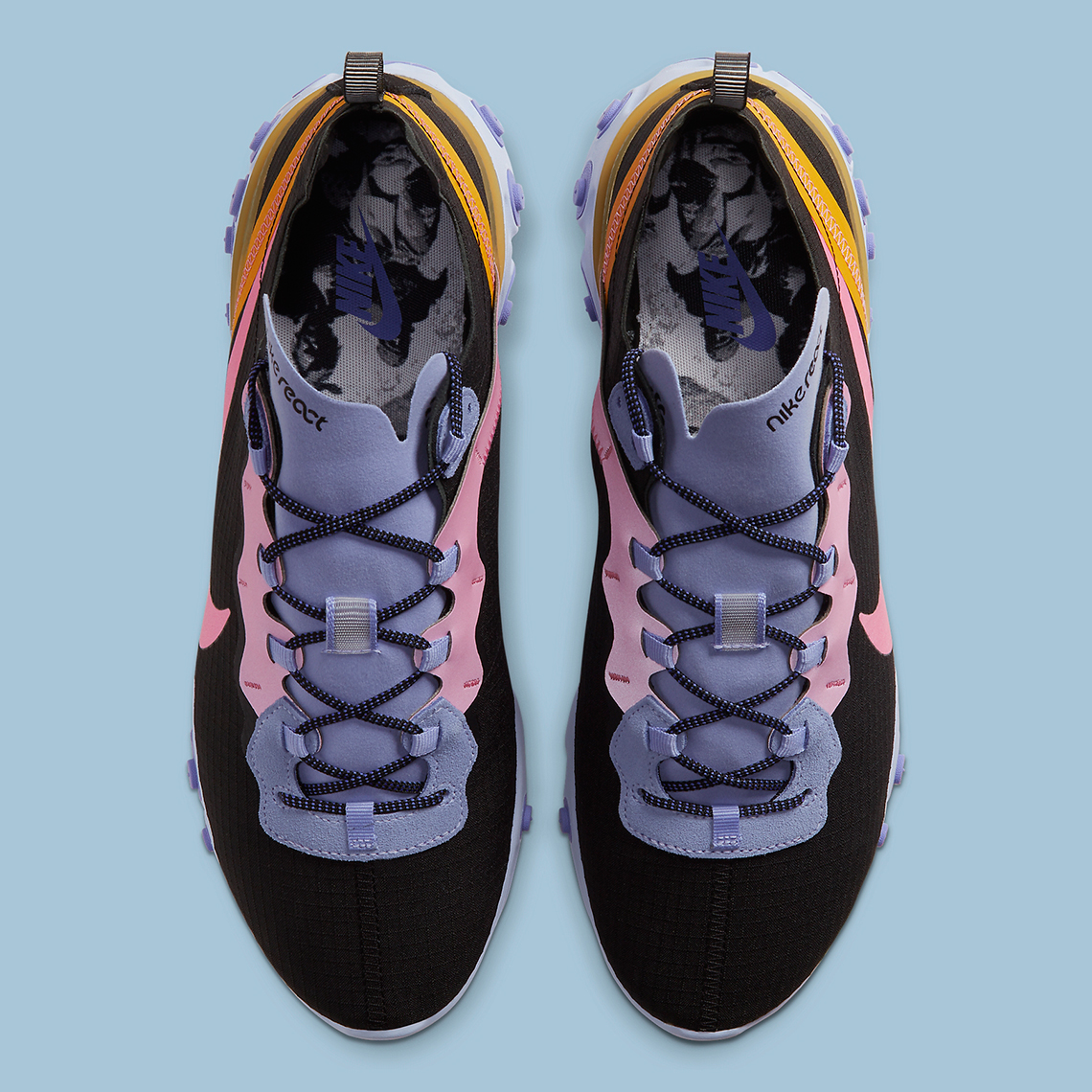 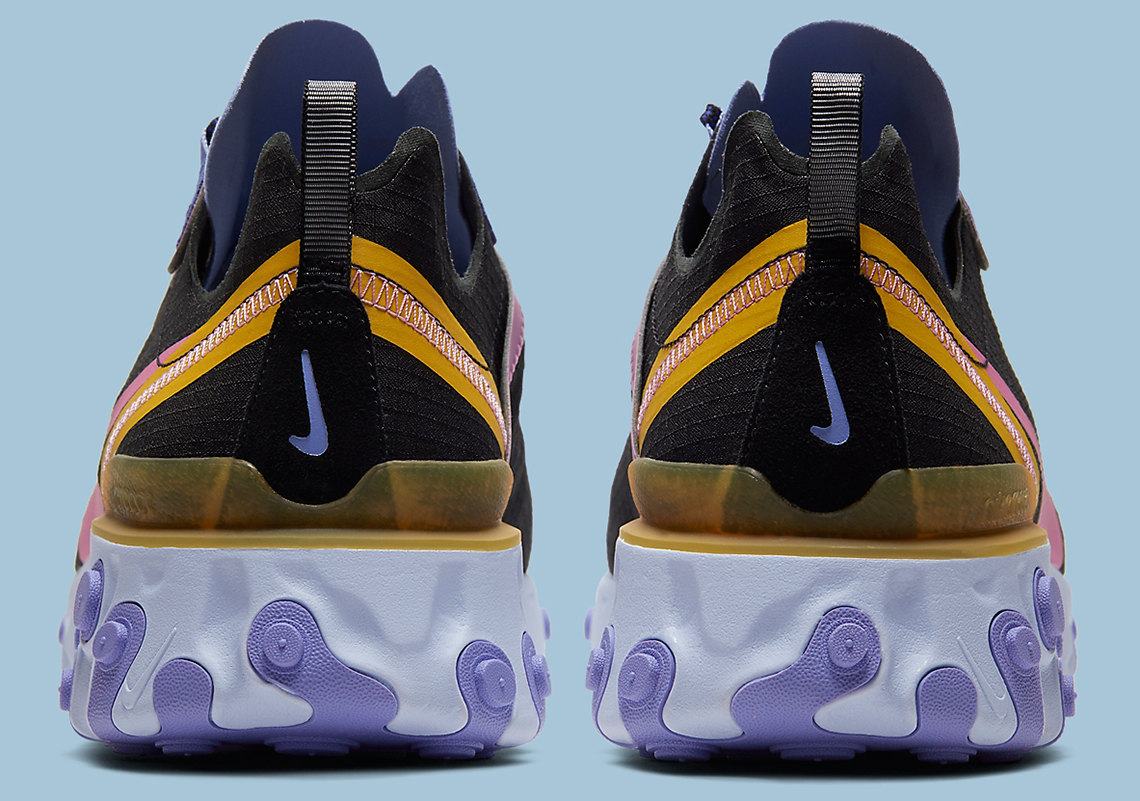 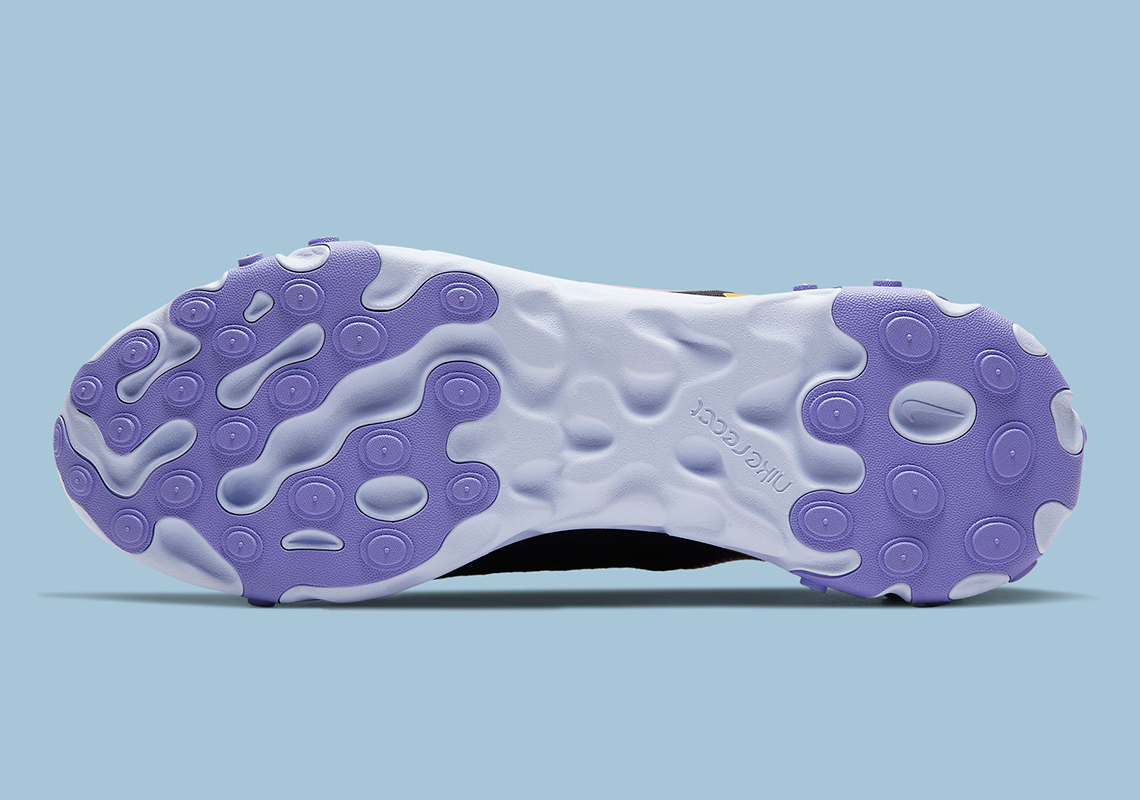 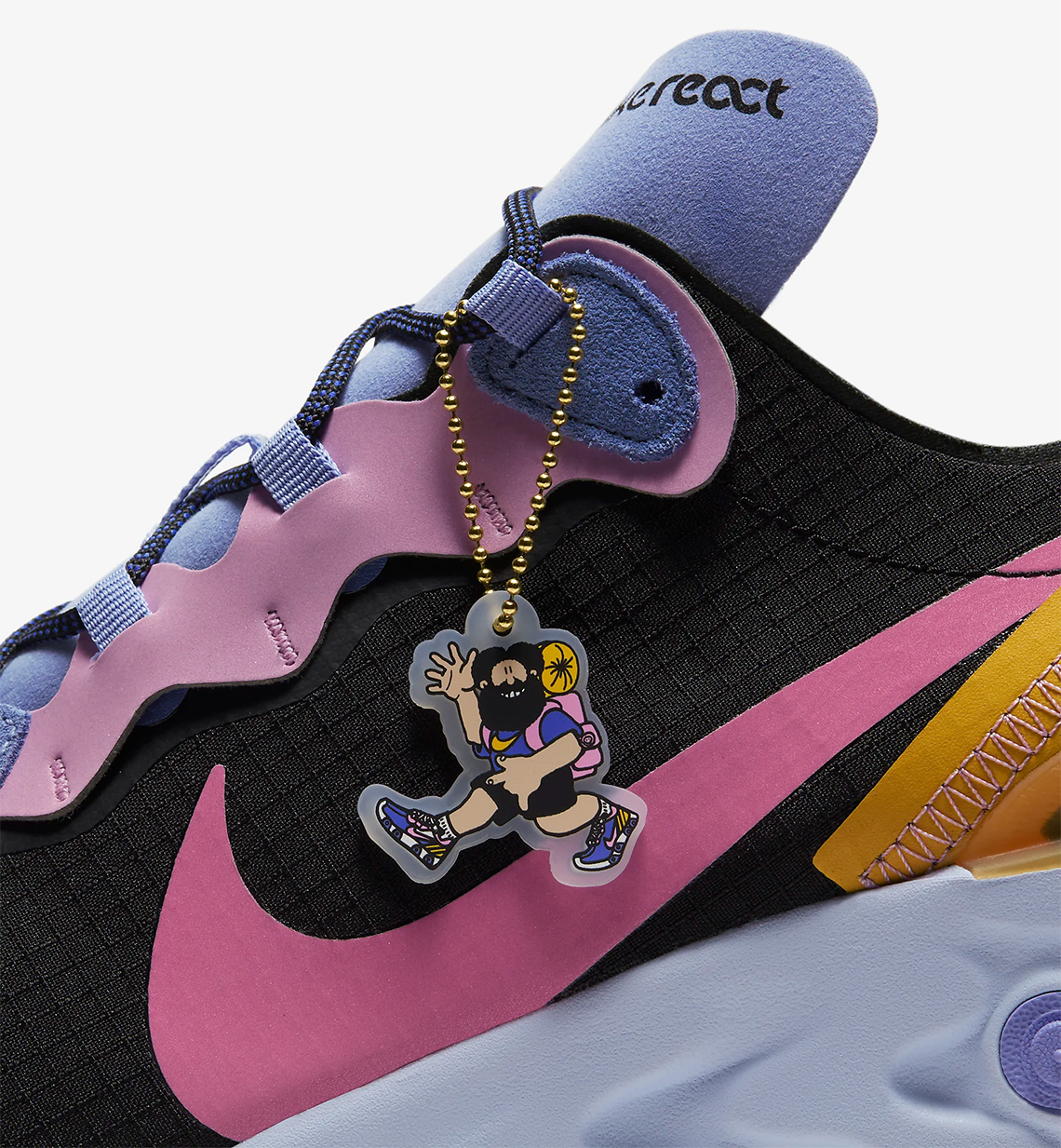