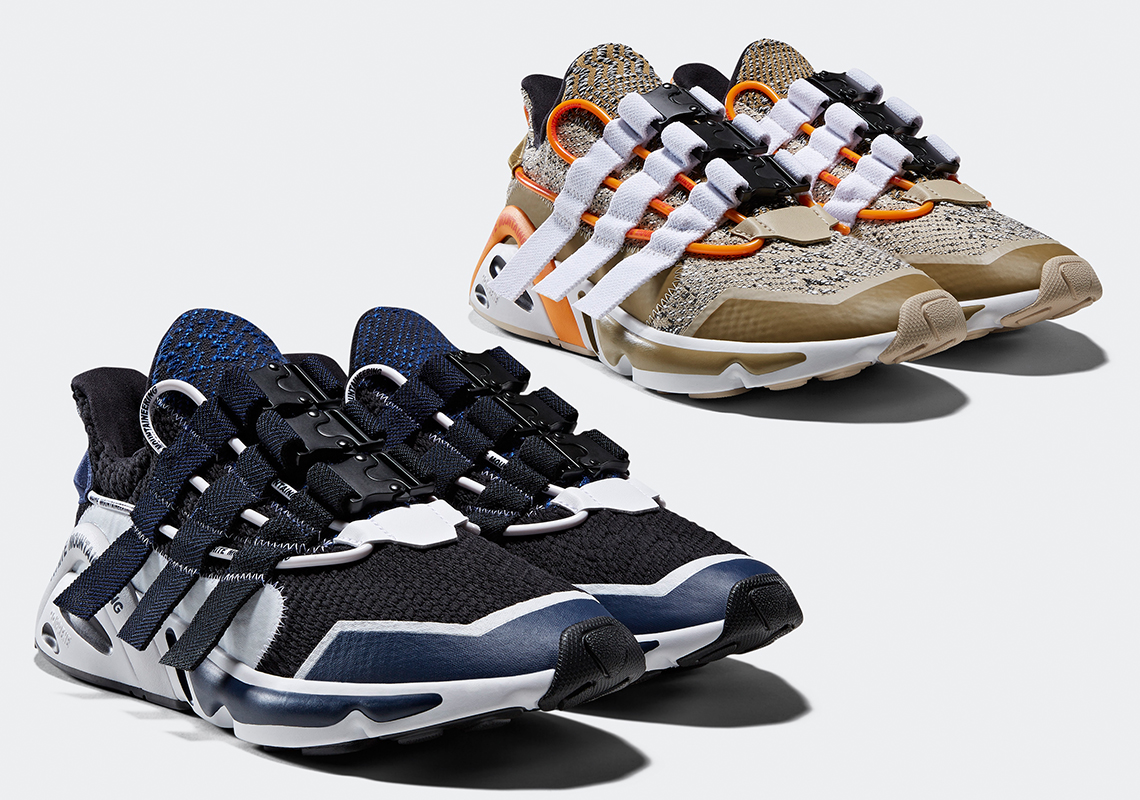 White Mountaineering Swaps Laces For Buckles On The adidas LXCON

When White Mountaineering walked the runway at Paris Fashion Week last year, there was certainly a lot to digest: their seasoned repertoire of technical garments left little to be desired and the same can unequivocally be said for their latest footwear collaborations. Though Danner was among them — bringing hikers to an audience well removed from the trail — the range’s best in show may be better awarded to their newest offerings with the Three Stripes, pairs of the recently modified LXCON complete with metallic hardware. Utility enhanced, the silhouette adds ease-of-use to its resume, forgoing traditional laces for fasteners akin to Cobra buckles sans its many markings. Webbing crosses towards the sole — lying down as logos as well as extra layers — applying atop contrast stitching of white as seen on the navy colorway and silver on the tan, with tubing built underneath lying in the same bright white or a neon orange, respectively. Elsewhere, knit weaves construct in a subtle mimicry of a stone-esque patterns while colors complement the core of their their palettes; taping does well to follow, finishing strong with branding printed small along various fixtures. Grab a detailed look at both offerings here and expect to find them to release at adidas.com and select shops this month on January 25th. A Triple Black alternative will then follow in April exclusively in Asia. 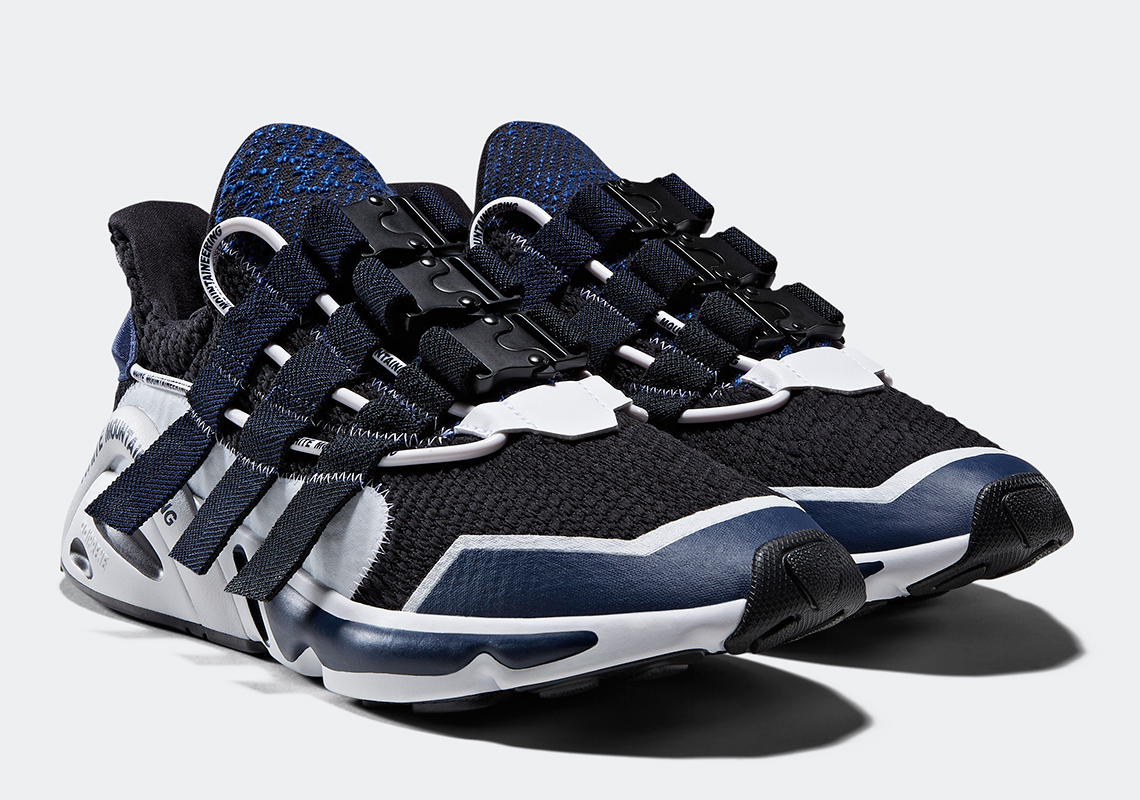 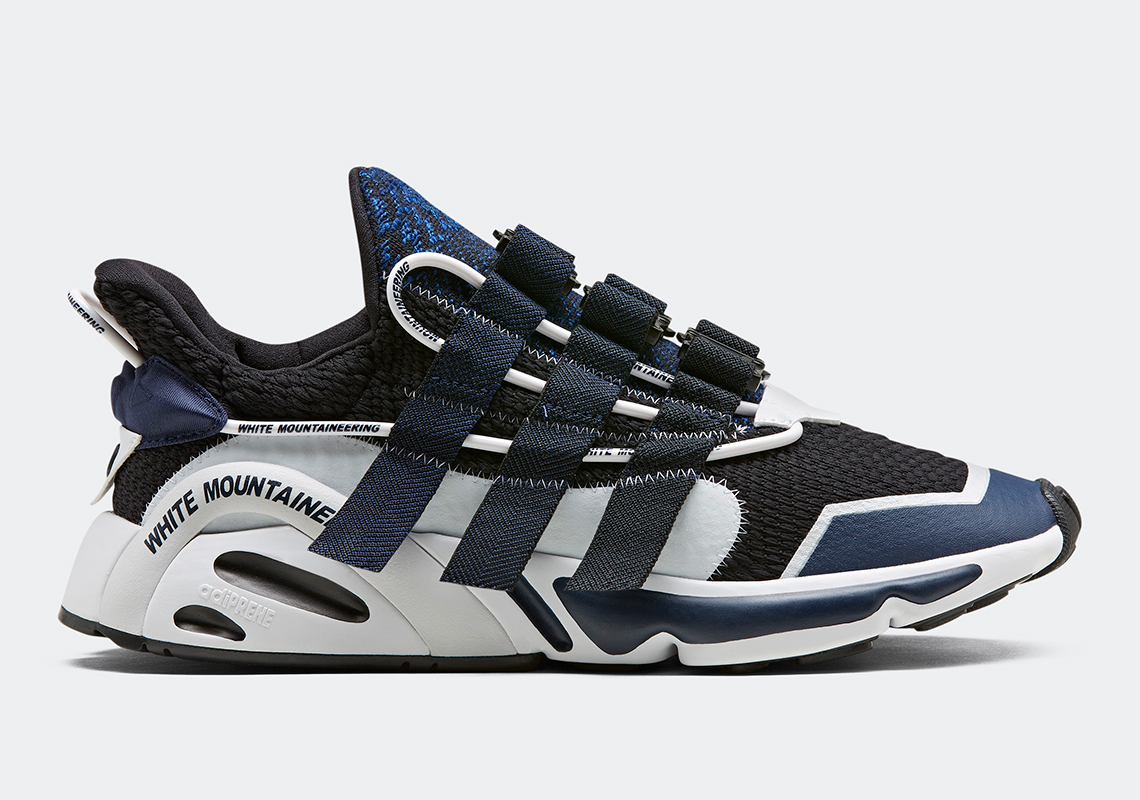 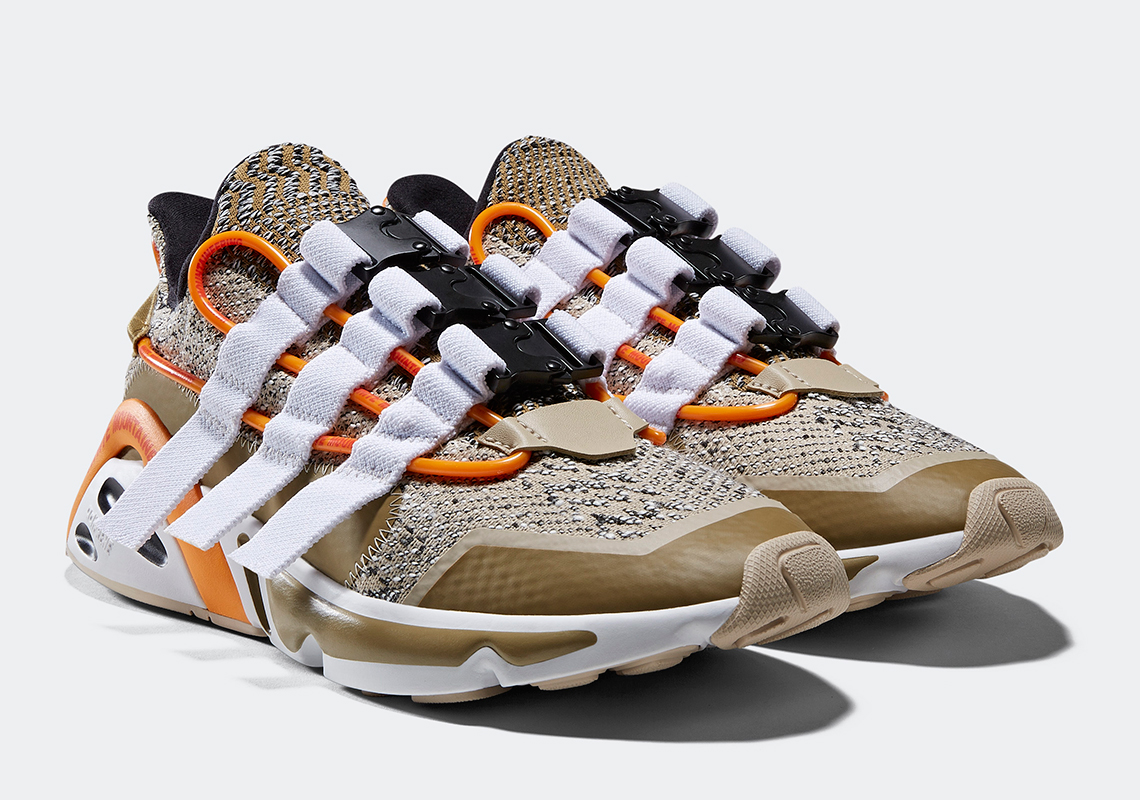 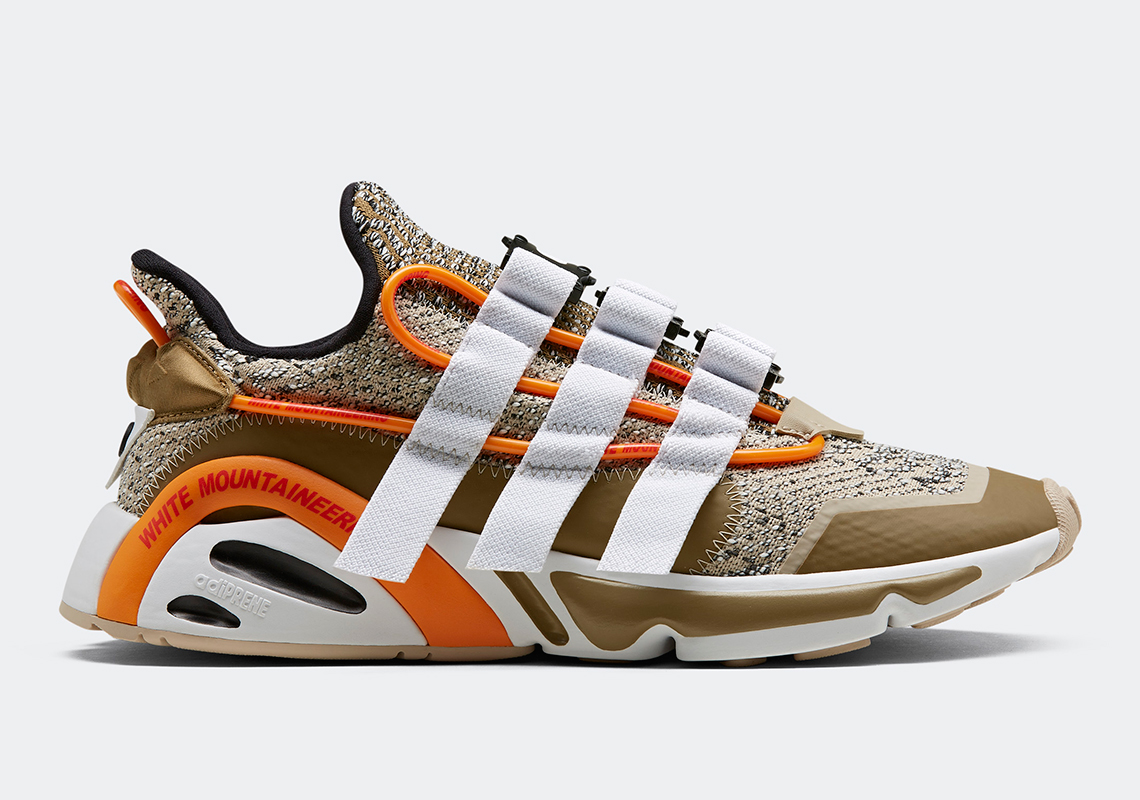