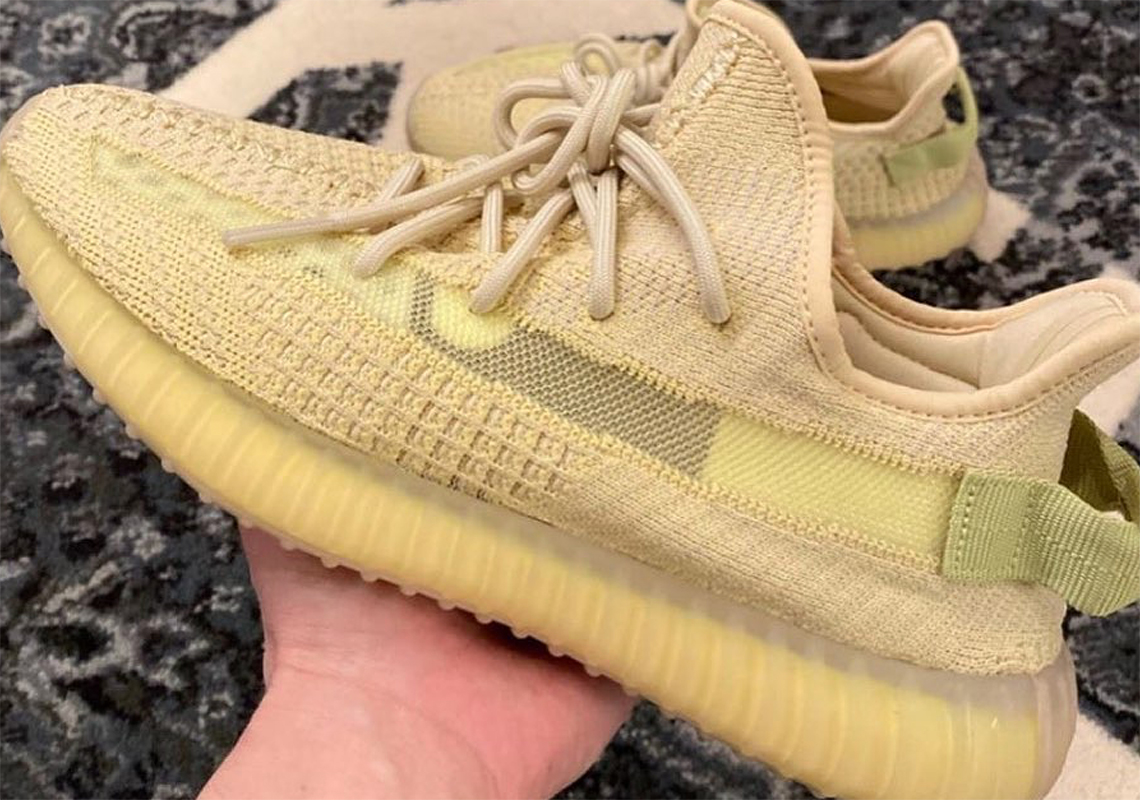 After blessing the Awaken 2020 event held in Tempe, Arizona with a Sunday Service performance this past weekend, Kanye West is ready to start the third week of the month by moving his focus over back to his adidas Yeezy releases. Starting to gradually reveal itself in much more detailed perspectives lately, the prolific Yeezy Boost 350 v2 silhouette is now uncovering a more in-depth look at its forthcoming “Flax” colorway. This fiber crop-inspired rendition for the most part opts for a full tonal look as its midway pigment between a soft yellow and beige – a closely similar tone to its recently revealed “Sulfur” colorway – is utilized to wrap a majority of its constructions, leaving the only deviations in sight to be credited through its translucent stripe, and subtle shading differences found through its darker-hued heel tab, and muted tans found infused into the midsole piece. Enjoy some first in-hand shots of the pair here below, and be on the lookout for these to likely drop on adidas.com, Yeezy Supply, and other affiliated retailers for $220 USD this Spring. Additionally, if you’re wondering what else Mr. West and his Three Stripes team has planned for the year, be sure to peep our 2020 Yeezy Release Preview. 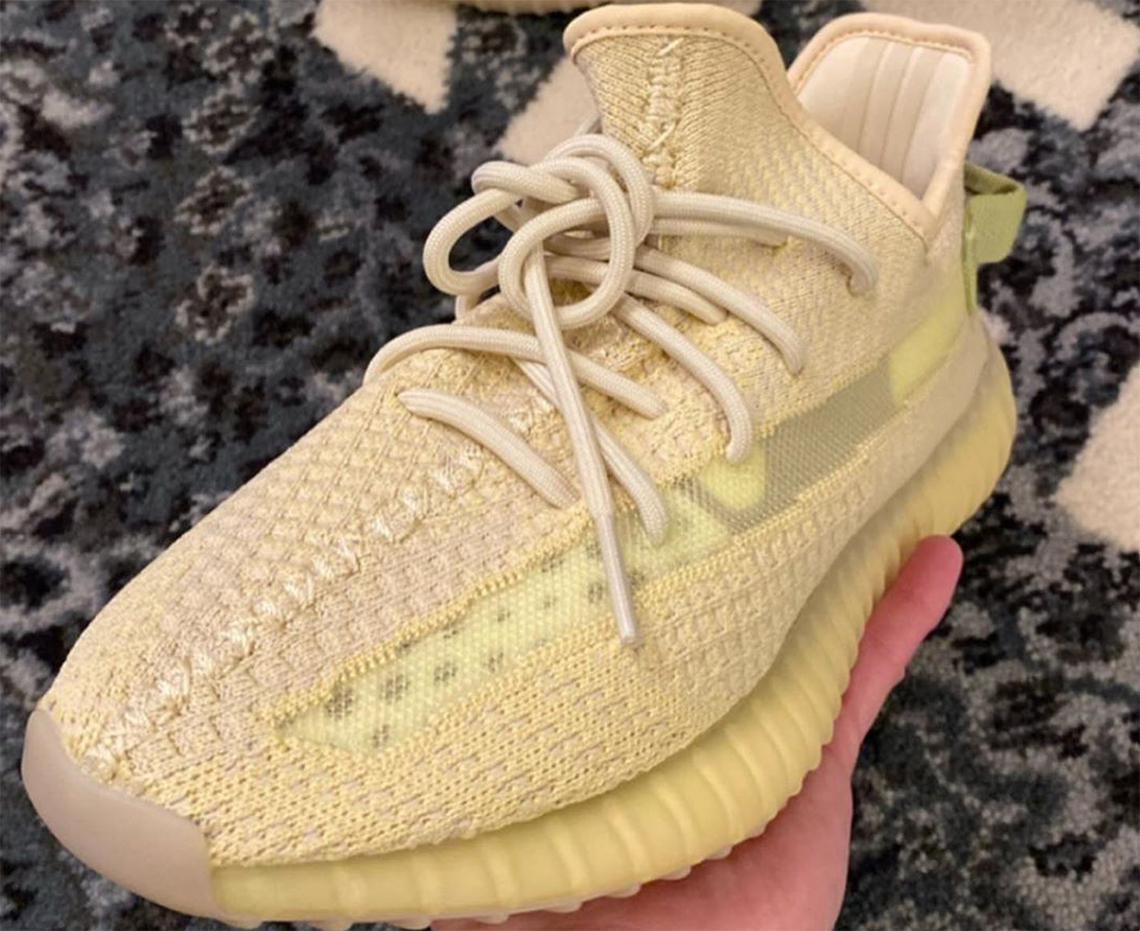 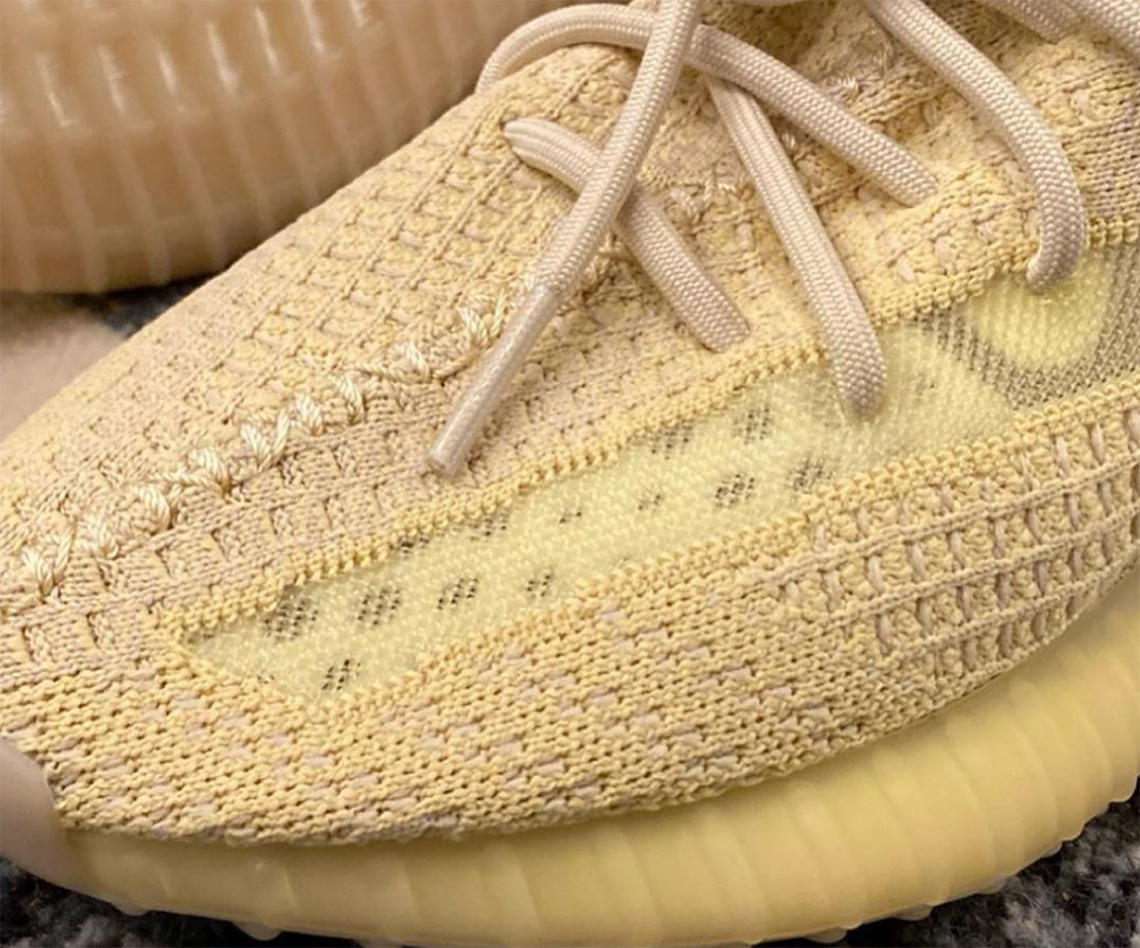 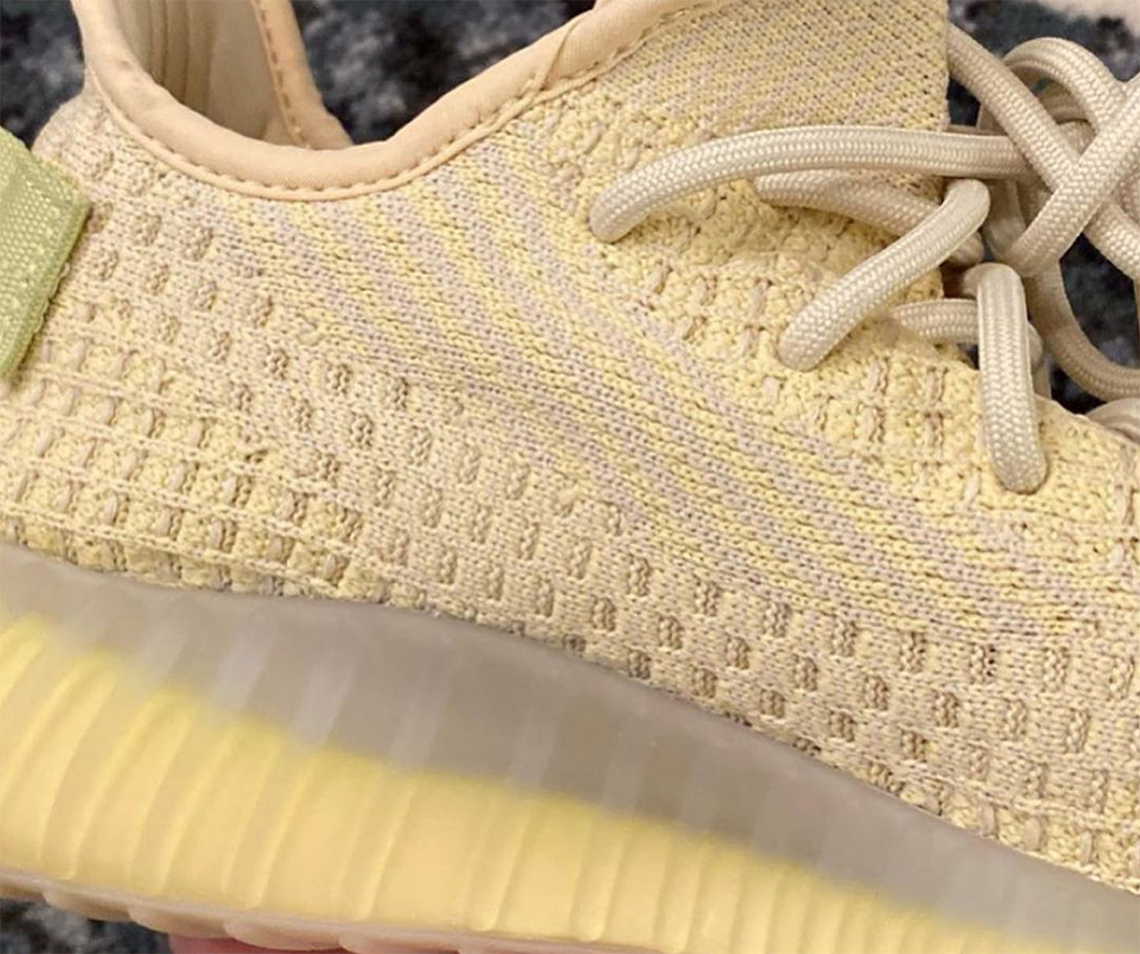