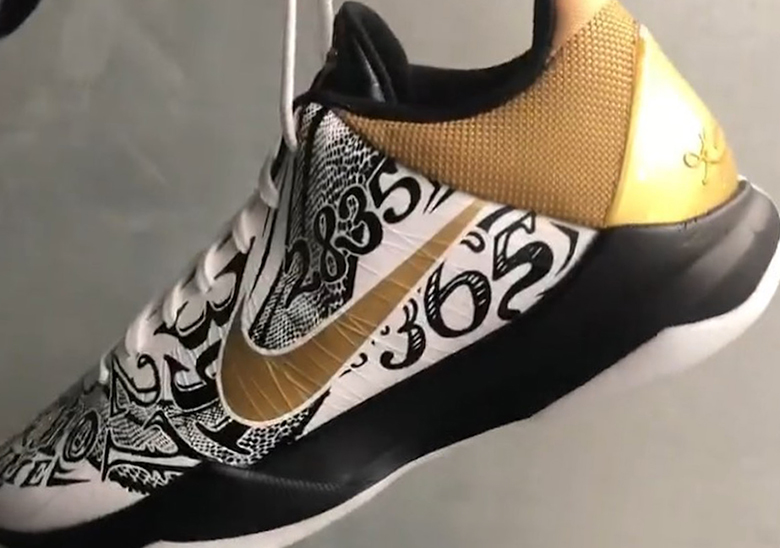 The 2010 NBA Finals between the Los Angeles Lakers and the Boston Celtics was definitely one of the most memorable championships in the Association’s history. One of the most historic rivalries in all of sports brought forth an incredible performance between Hall of Famers on both sides, and was eventually pushed to a 7-game series that resulted in a triumphant win for the purple and gold. The kicks that the Black Mamba himself wore during that epic showdown, the Kobe 5, has now emerged in Protro form once again, this time in a striking combination of his “Big Stage” and “Parade” PEs.

Asymmetrically fashioned between its lateral and medial sides, these modernized renditions break up its design evenly down the middle with the left foot displaying the white/gold elements of the “Big Stage Home” on the medial sides, and the laser etchings from the celebratory “Parade” option on the lateral sides this time remixed into black dye. The identical designs also arrive on the right side, just instead flipped in reverse. Enjoy a first look right here at these Kobe championship concoctions and find these dropping at select Nike retailers on February 7th. 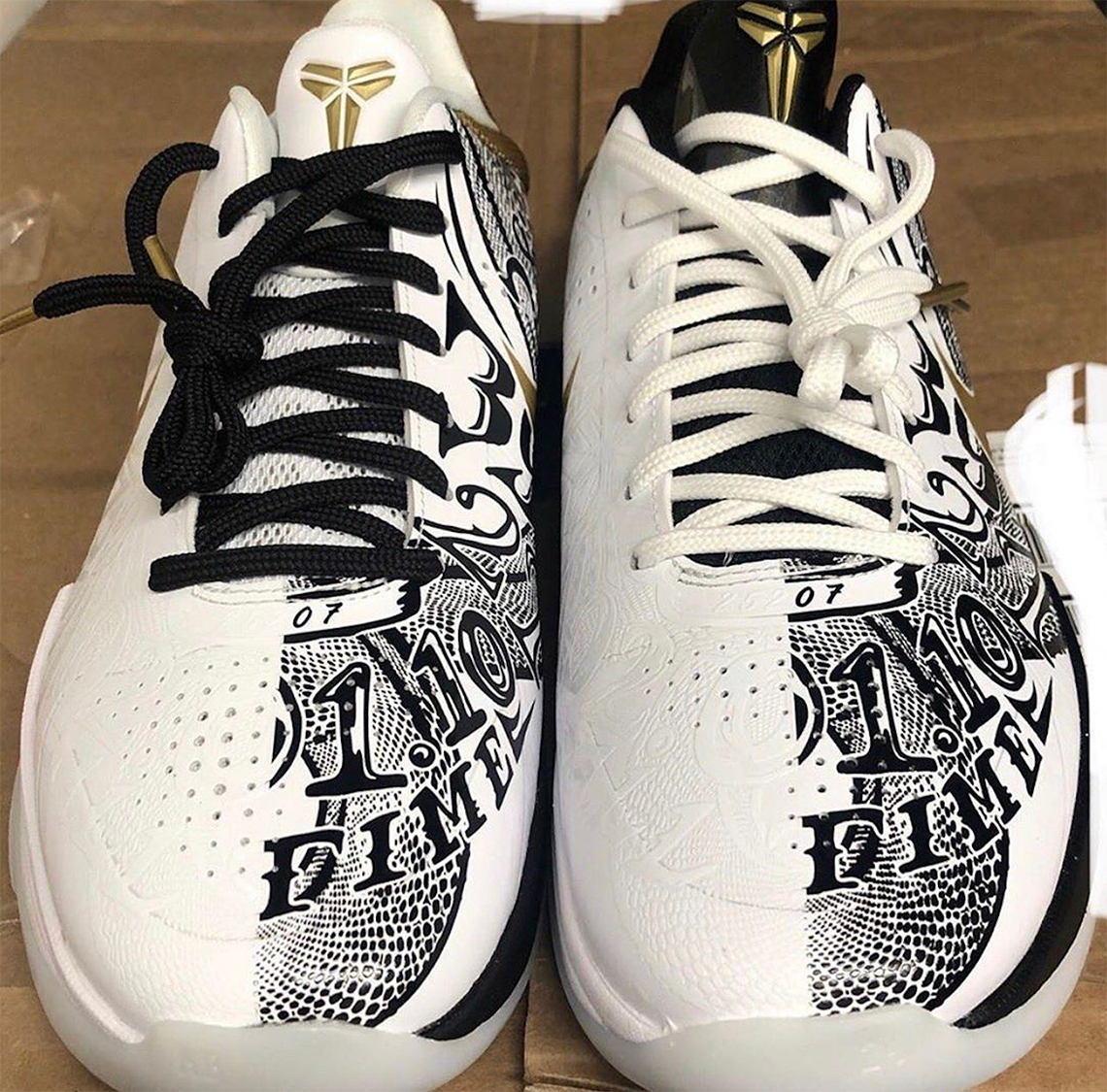