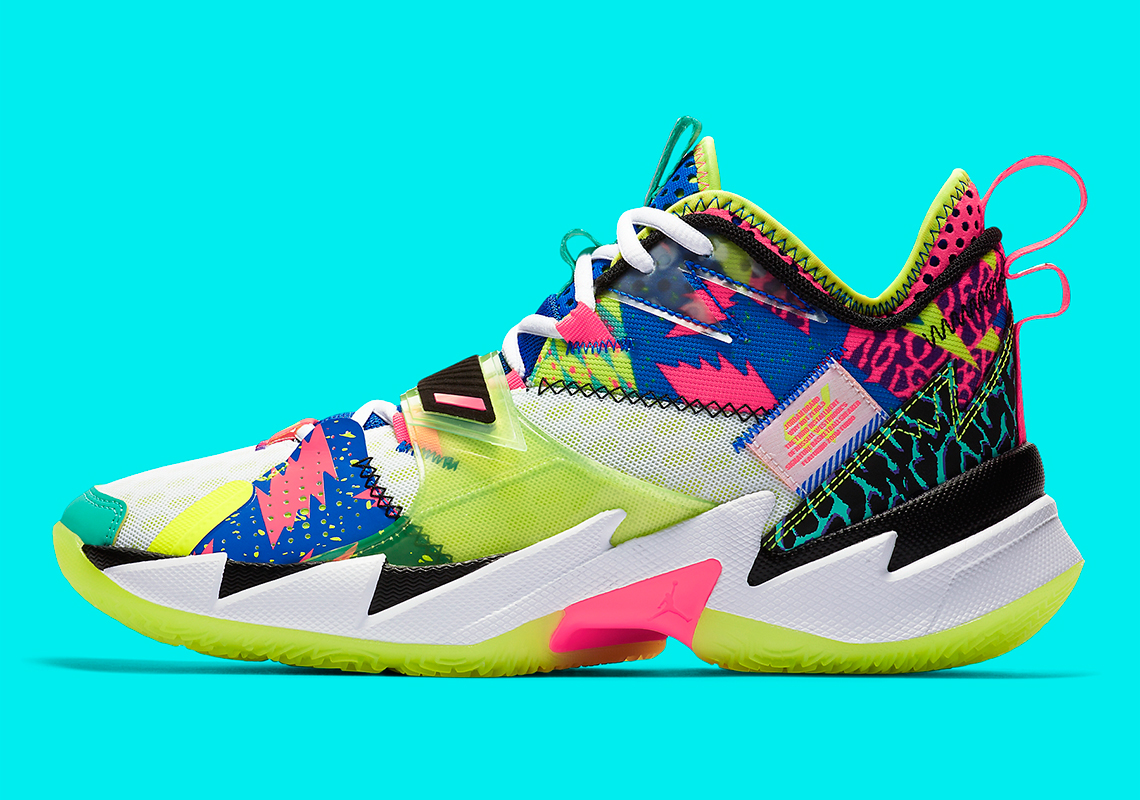 Russell Westbrook seems to never be the type to show moderation — on-court or even in his line of Jordan Brand signatures. The latter of which, who celebrated the inaugural release of its third flagship not too long ago, joins All-Star weekend with a brand new Why Not Zer0.3 designed loud with obvious intention. A mirror into the athlete’s personal aesthetic, the pair sprawls with bright graphics and color, nodding to the 1990s in what is a love letter signed by the man himself. Straps turn beach-ready visor with a translucent green film, accenting above as well as adjacent in an equally loud mixture of pink and blue. White mesh, however, lines the base, though it’s neutral only in seldom as a subtle volt pattern etches subtly in perpetuity. Paneling at the toe cap then brandishes in a flat aqua, with elements just behind preferring a chaotic graphic that is simultaneously used on the entire ankle. More over, heel counters turn Elephant Print pop color much like the zebra graphic close by, finishing strong with many a piece somehow cohesively strung together. Grab a detailed look here and expect a release later on February 16th. 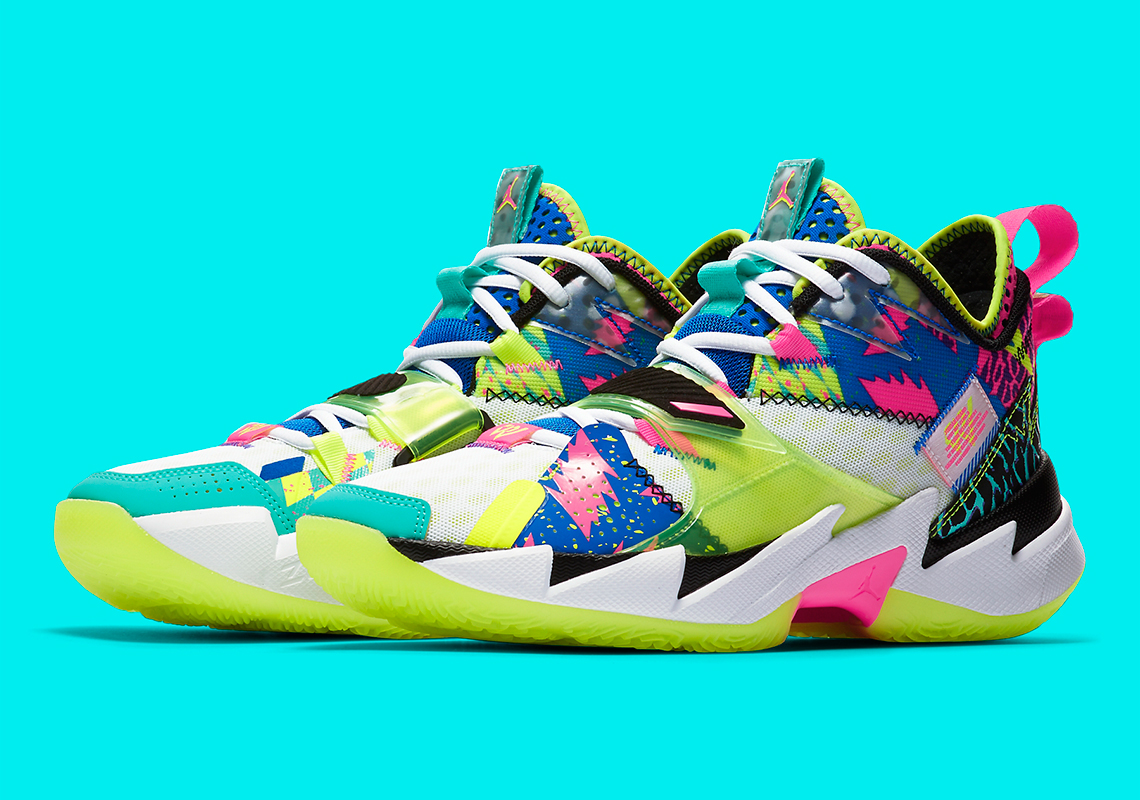 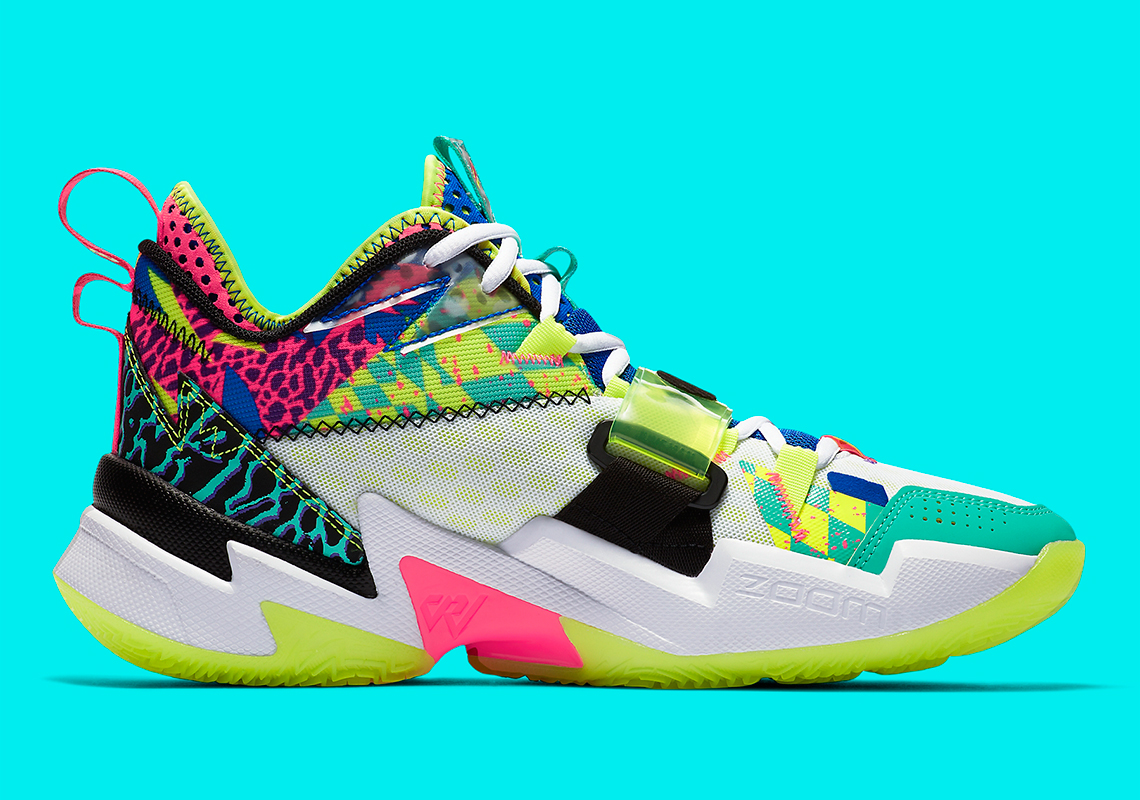 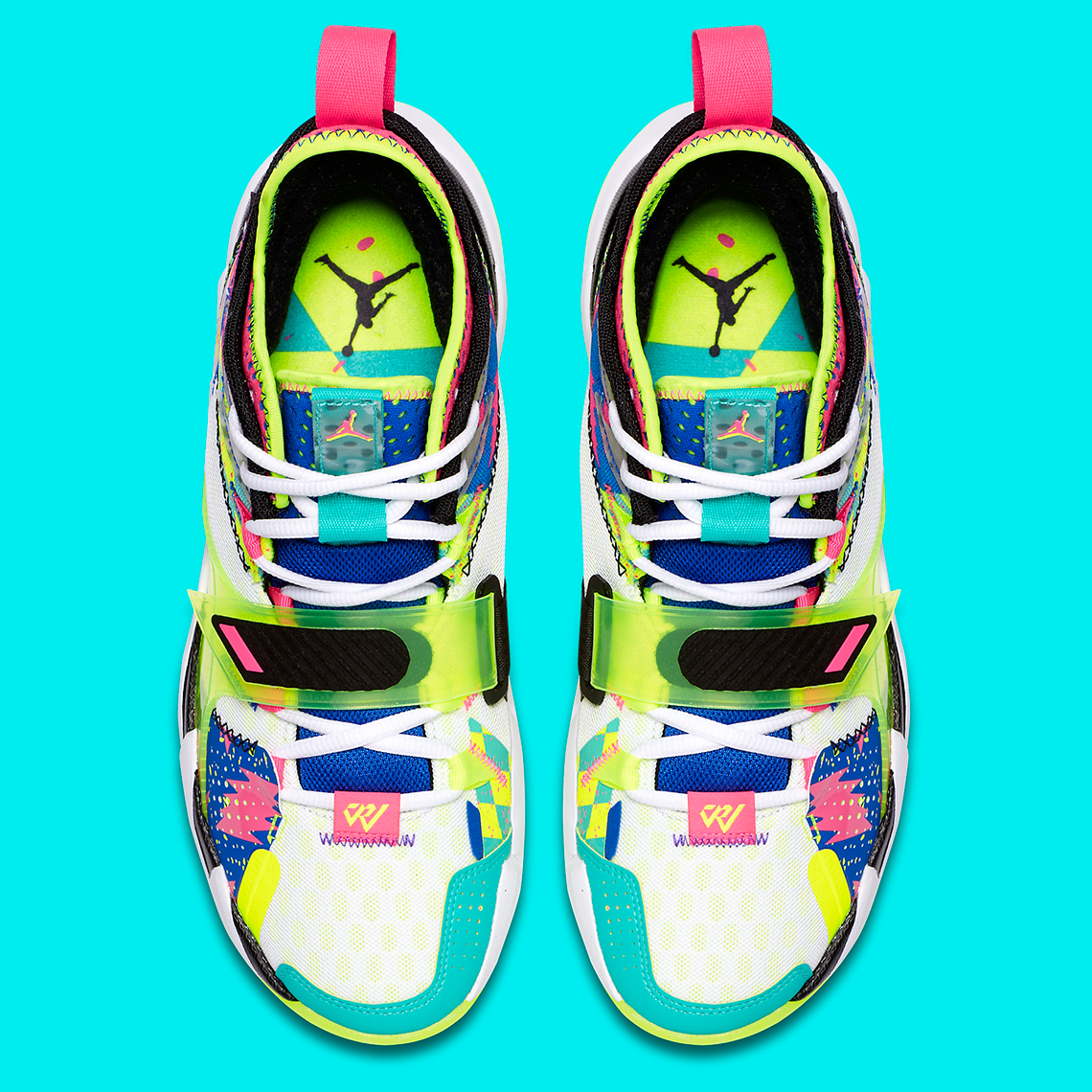 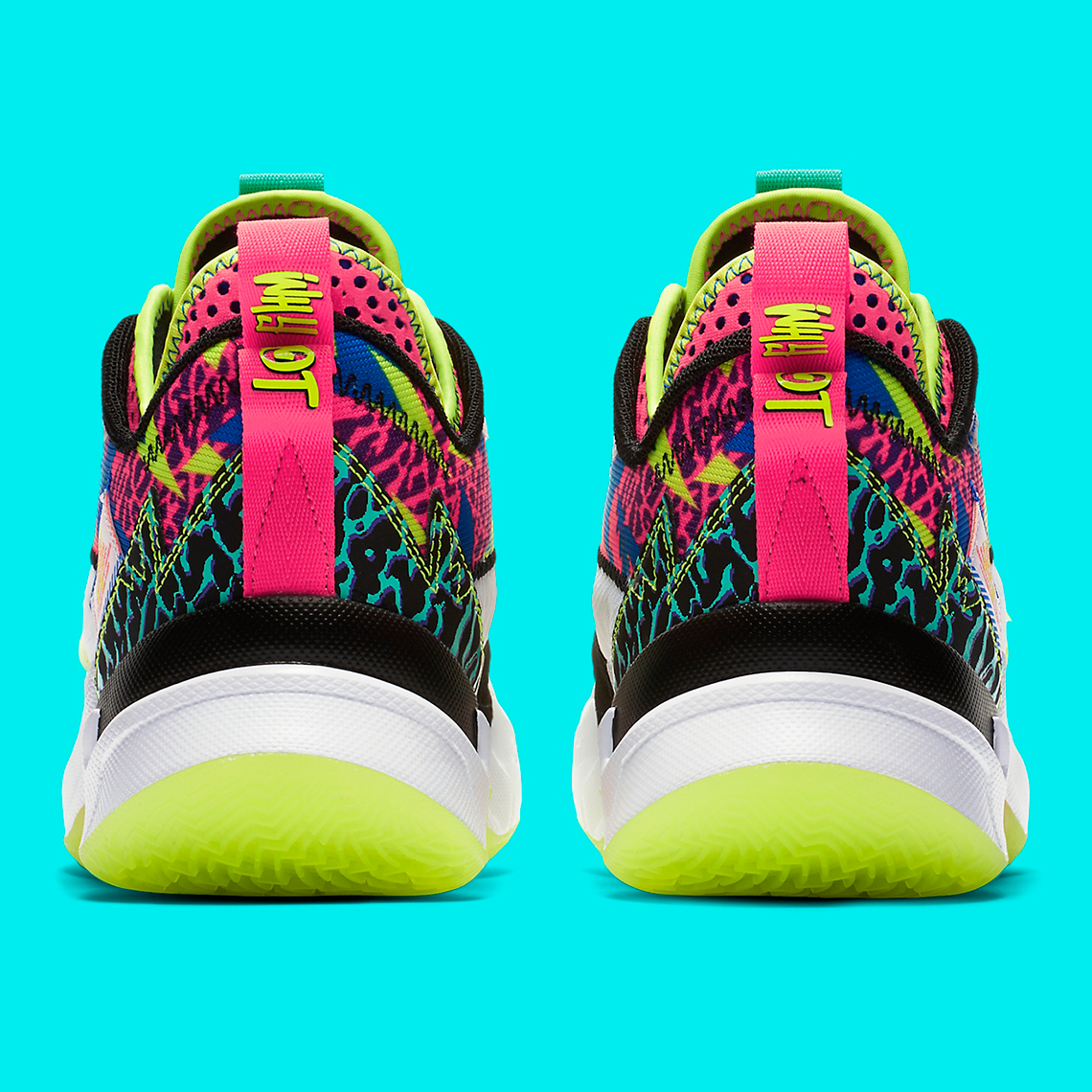 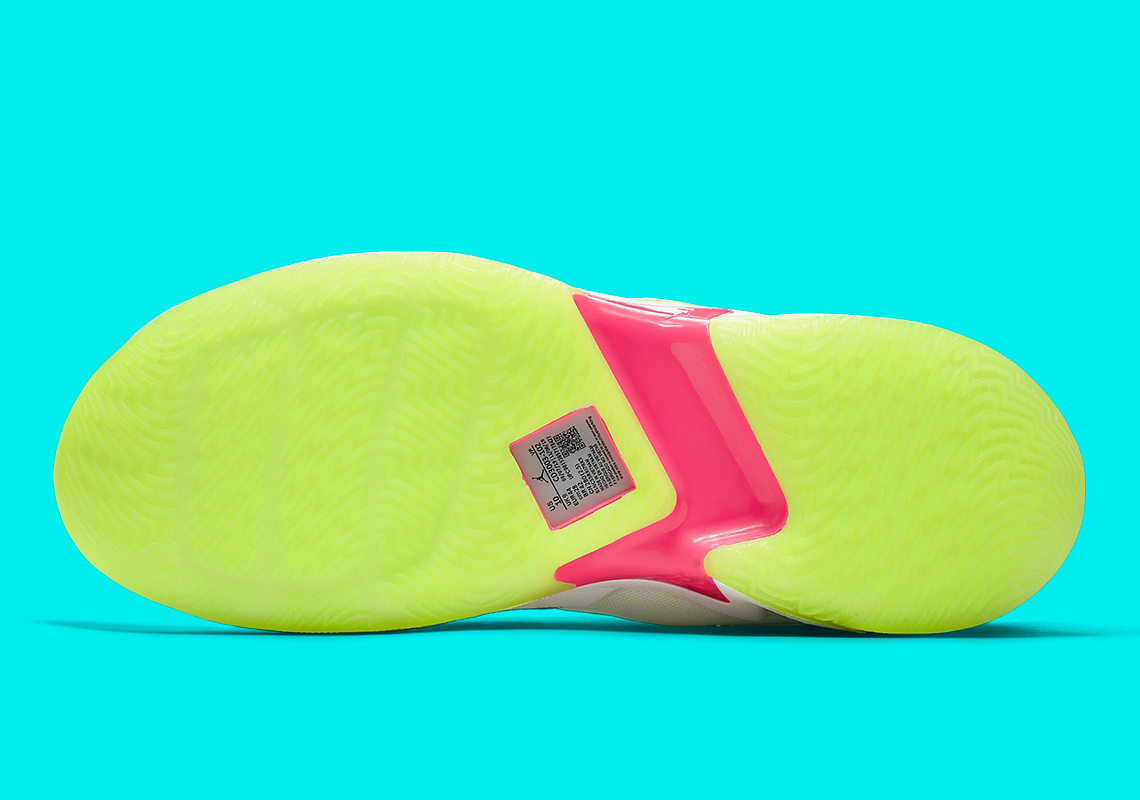