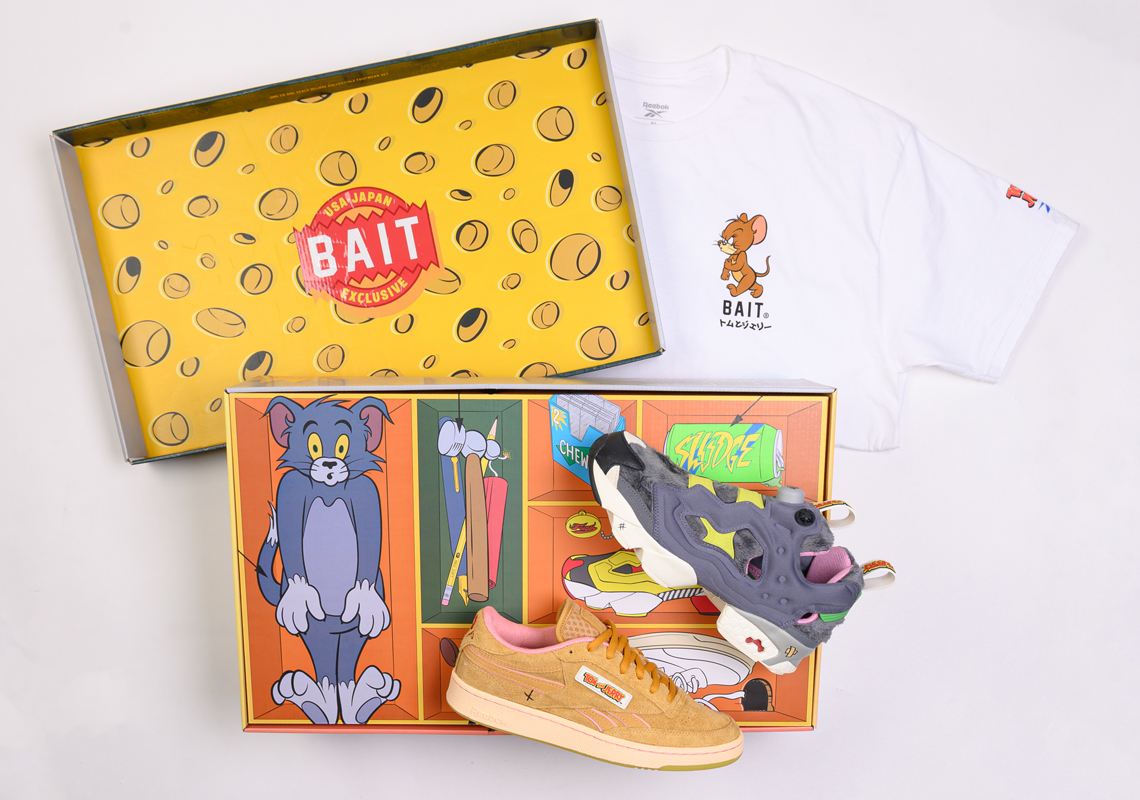 Announced last December, Reebok and Warner Brothers will be dropping an extensive footwear and apparel collection commemorating Tom & Jerry. But ahead of next week’s drop, BAIT has revealed that it’s joining the duo via an exclusive, collectible two-pack. Dubbed “The Tom & Jerry Sneaker Kit,” the special package features the faux-furred Instapump Fury honoring the conniving feline and Jerry’s tan/pink Club C Revenge. Additionally, the kit includes a white t-shirt (size XL) with BAIT, Reebok, and Tom & Jerry branding throughout, while also displaying the two frenemies eager to go at it; Jerry is shown rolling up his “sleeves” at the chest as he walks towards the back where coincidentally Tom is waiting for him (bandaged-up) dead in the center with a wooden bat. Near the left hip, the beloved Saturday-cartoon characters partake in a literal cat-and-mouse chase. The BAIT-exclusive box itself also serves as a tribute to the trouble-making tag team with its cheese-graphic under the lid and shoe cover depicting the duo crammed in a storage unit next to pencils, chewing gum, and OG versions of the Instapump Fury and Club C.

BAIT’s exclusive pack is priced at $300 USD and available for purchase now at BAITme.com. The full Reebok x Tom & Jerry collection will drop on February 15th in full family sizes on Reebok.com. Adult sizes of the Instapump Fury and Club C Revenge will come in at $200 and $100 USD, respectively. For a better look at BAIT’s special edition, continue ahead. 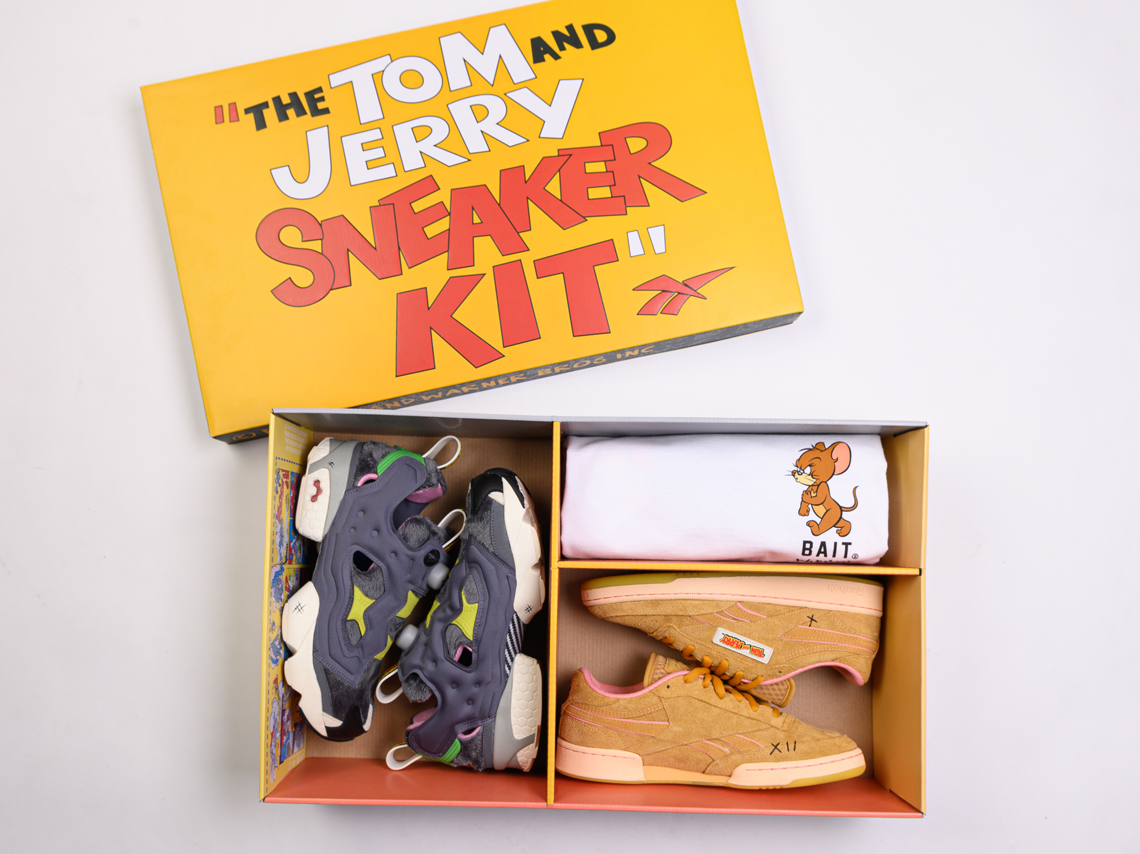 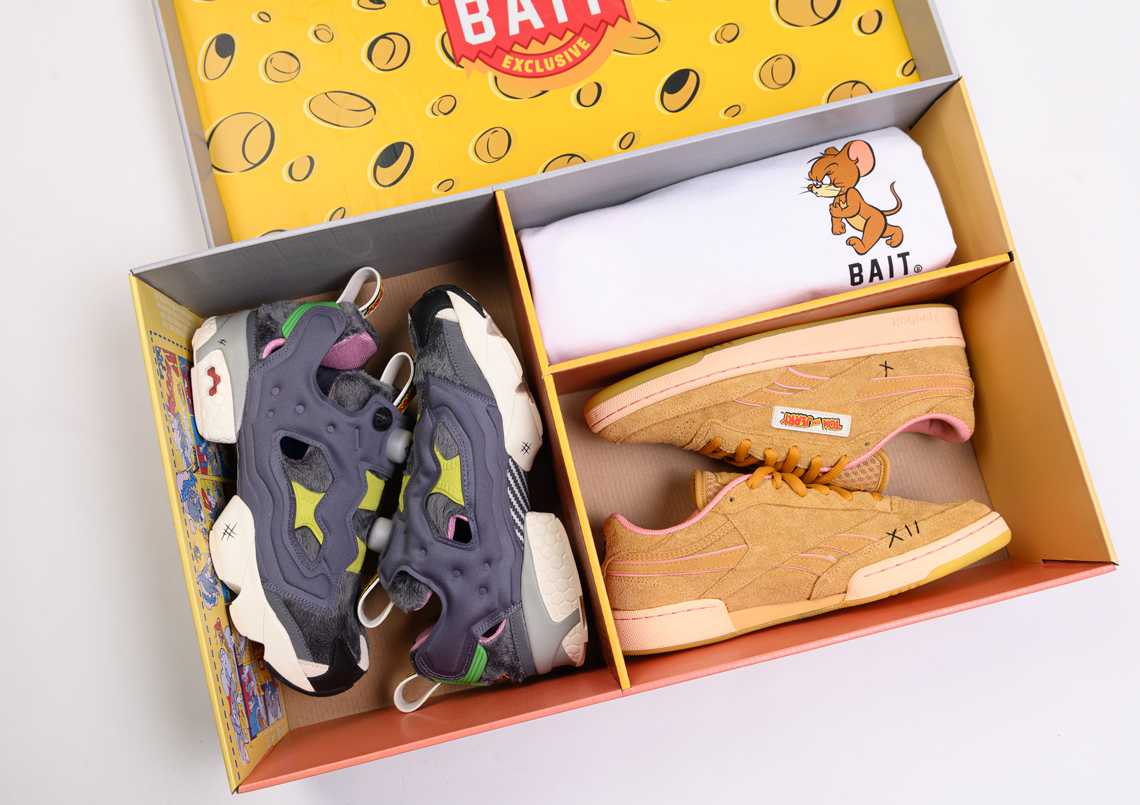 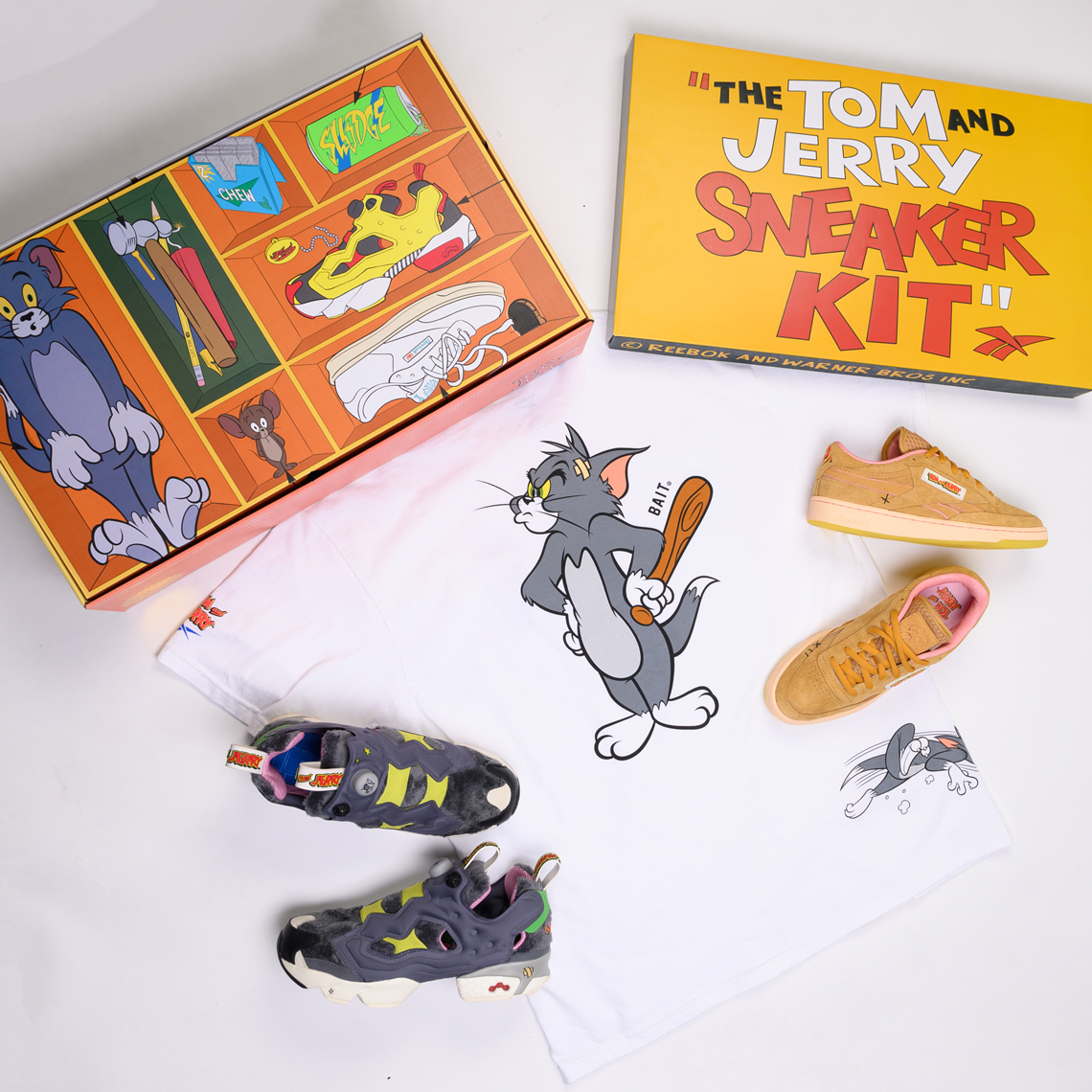 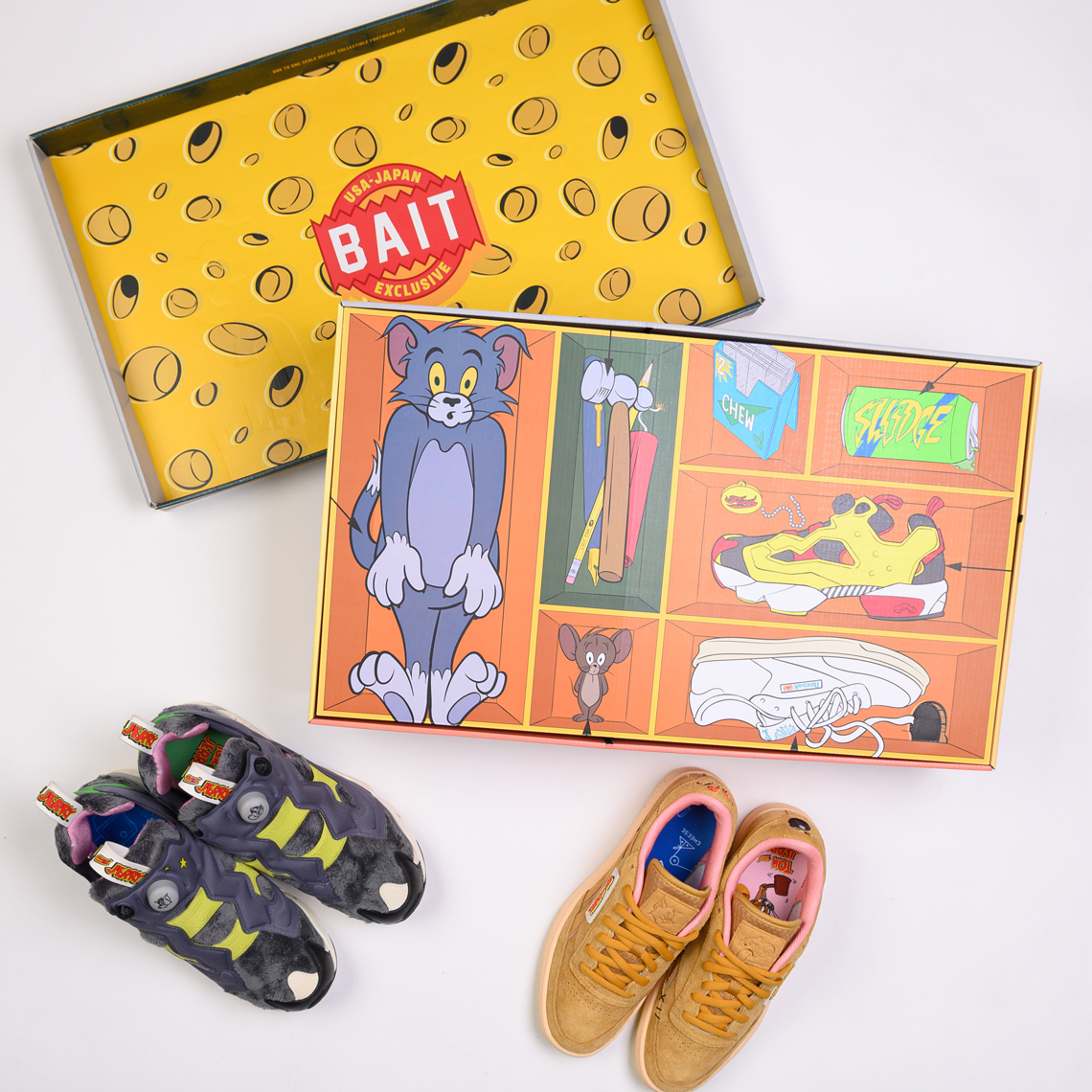 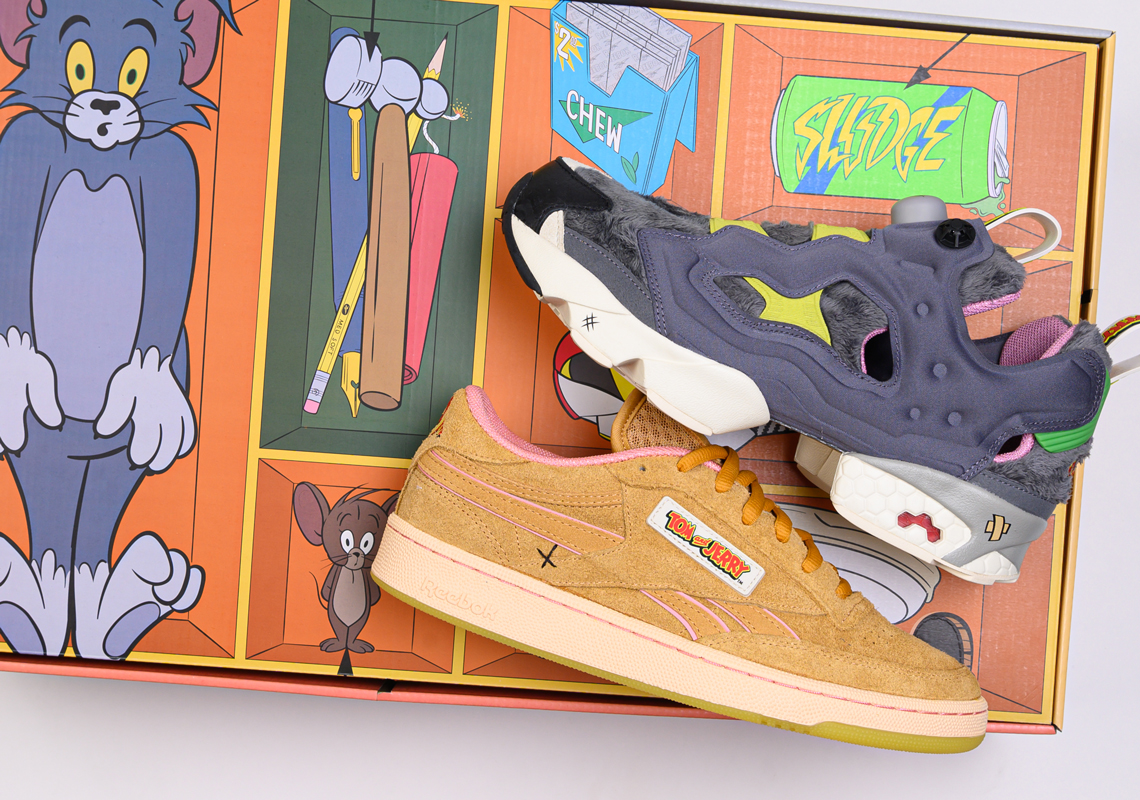 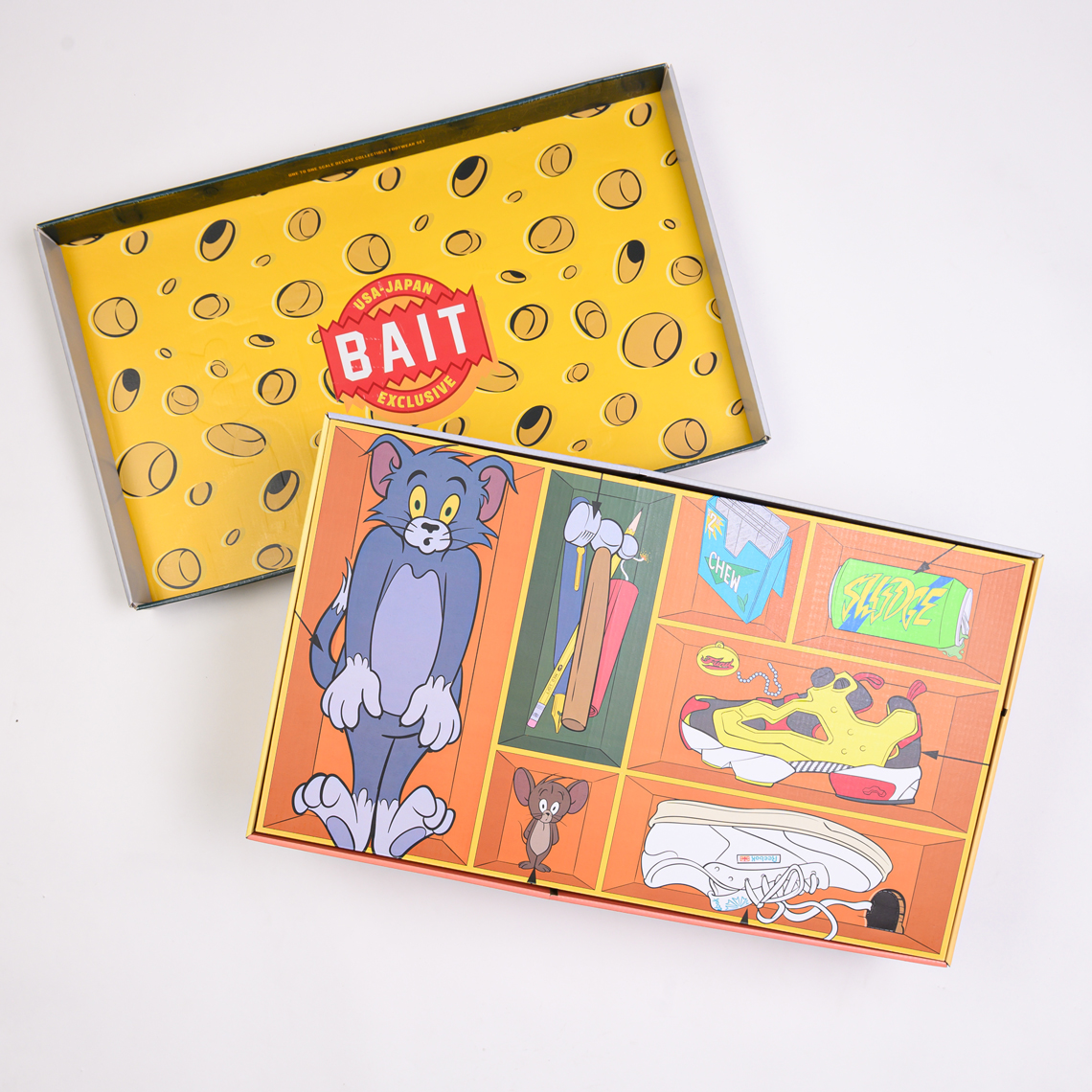 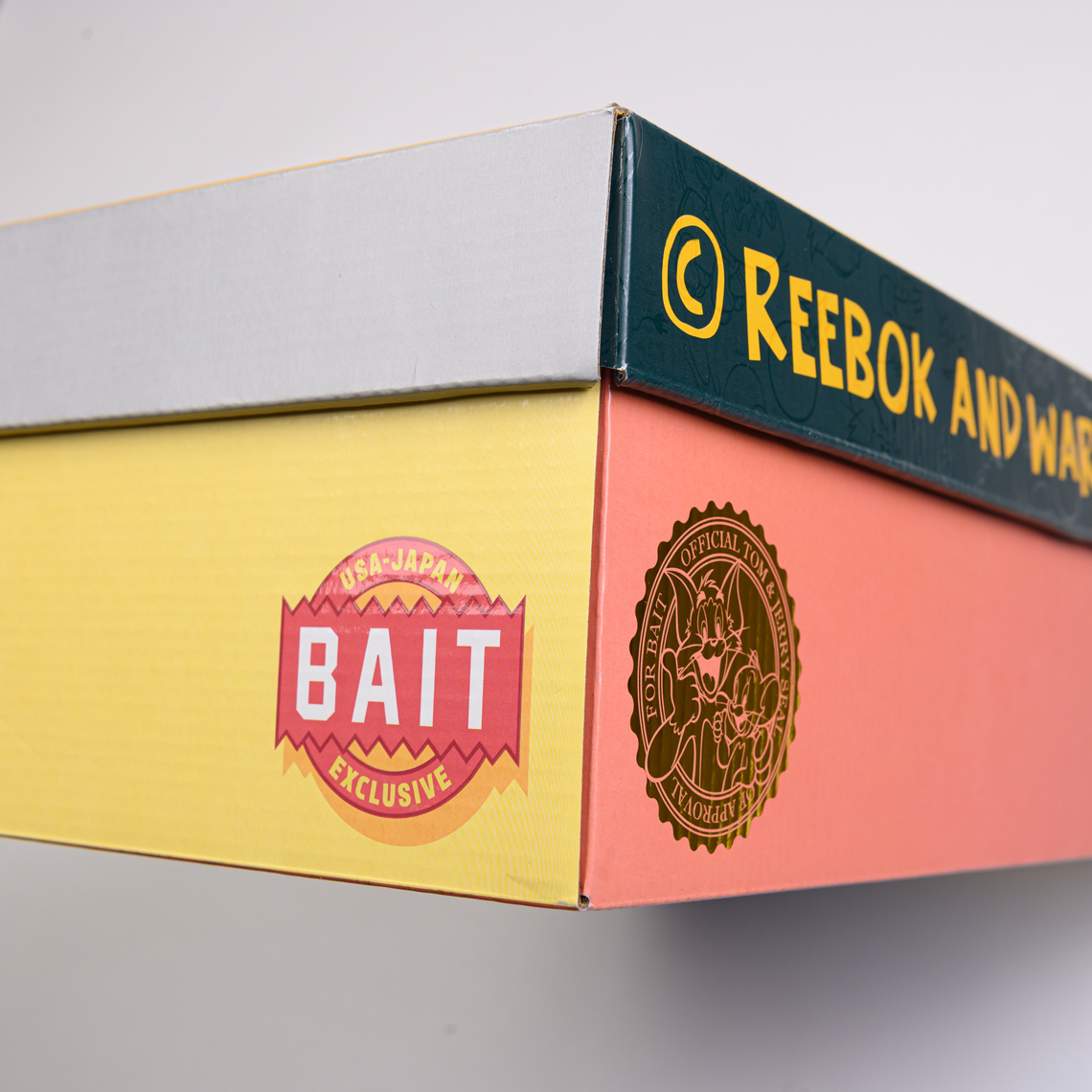 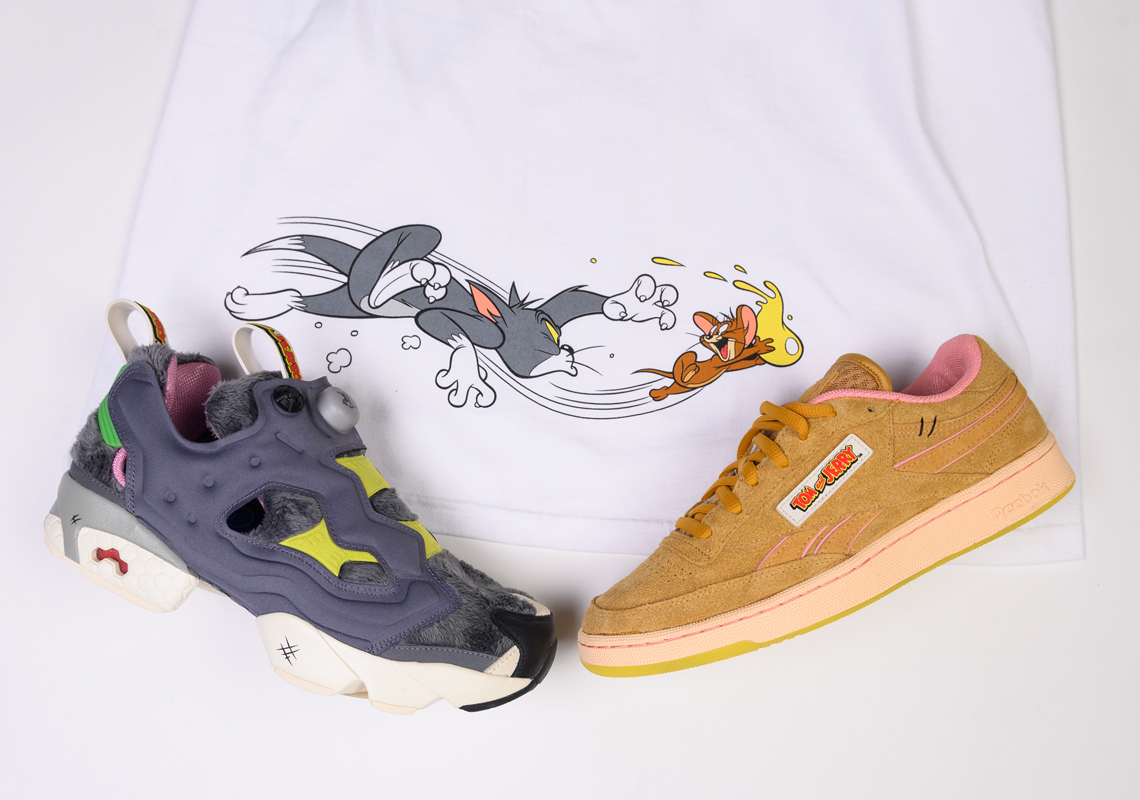 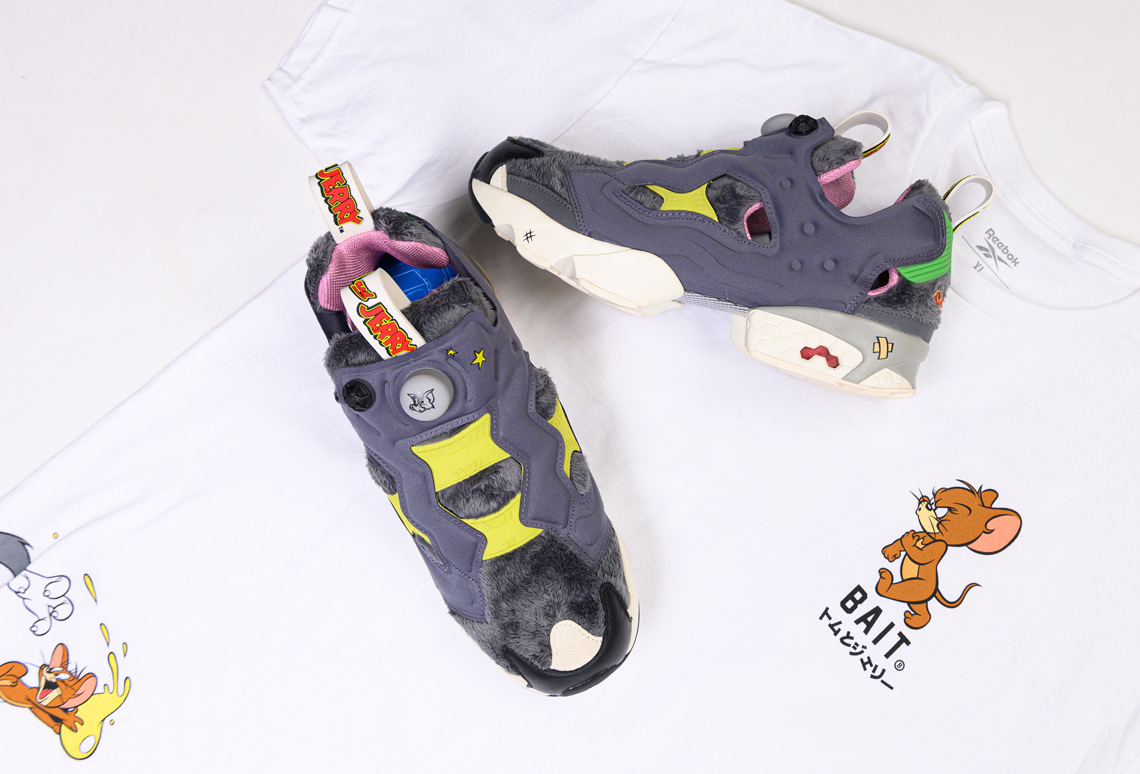 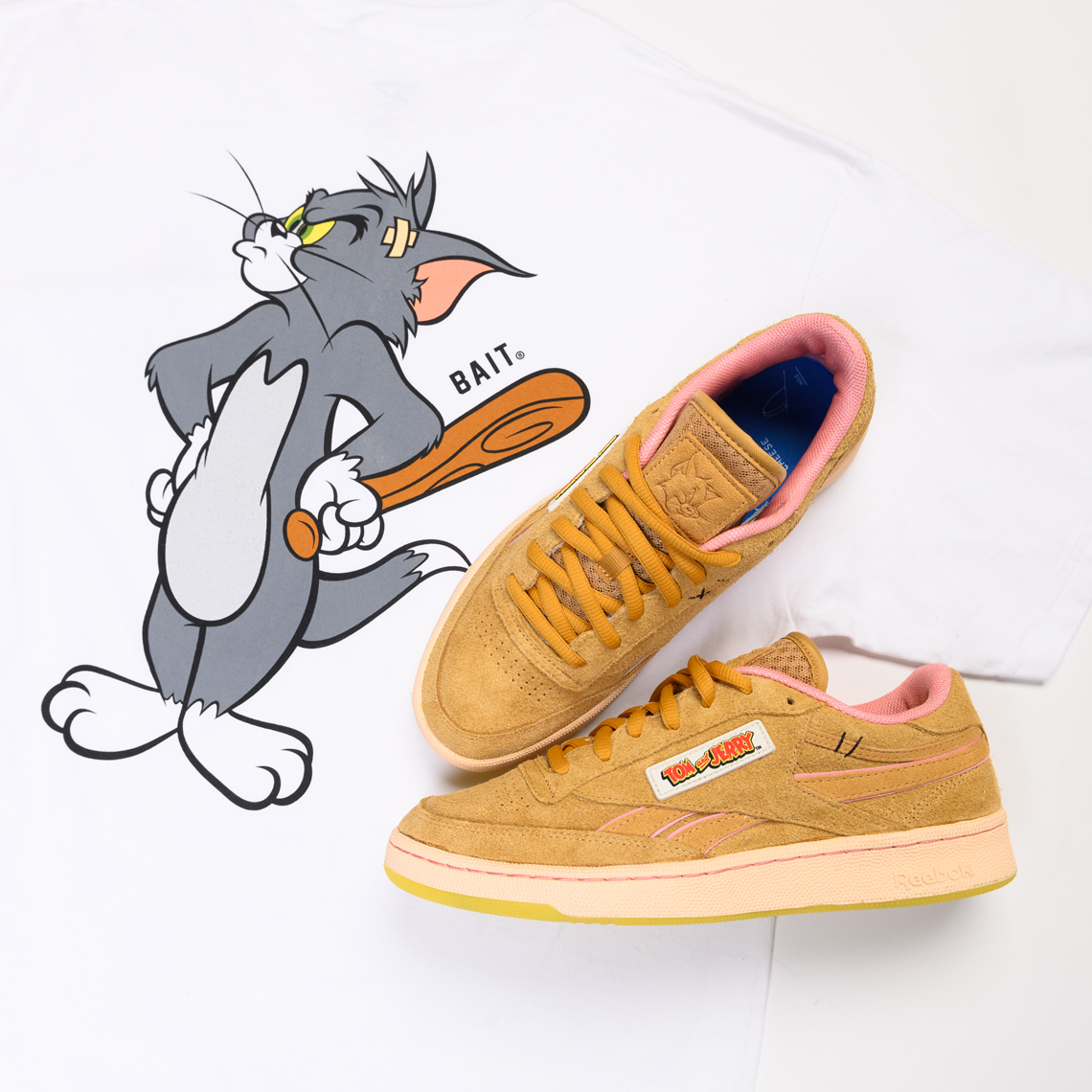