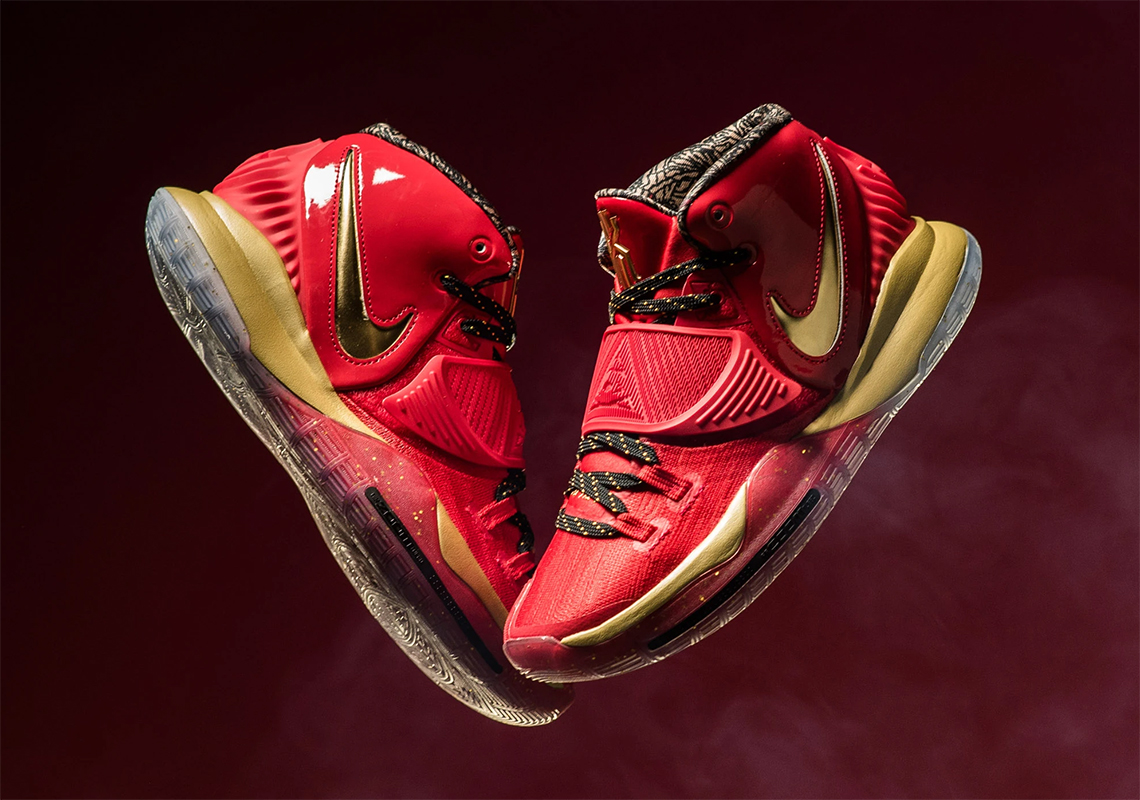 Where To Buy The Nike Kyrie 6 “All-Star/Trophies”

It’s been quite the roller coaster season for Kyrie Irving. When on the floor, the shifty point guard rarely fails to put up some serious numbers on the stat sheet, but has been significantly held back from having a superstar-caliber year due to re-occurring injuries. And although we unfortunately won’t be seeing his fadeaway step-backs and nifty crossovers at the United Center this weekend, his signature footwear line is supplying fans with a special release in his absence.

Dubbed the Nike Kyrie 6 “All-Star/Trophies”, this hoops-focused offering is a heartfelt tribute to Michael Jordan’s 1996 championship run. Its palette radiates high levels of Chicago Bulls energy by way of a mostly red base layer, and is seated adjacent to heaps of gilded accents touching on the midsoles that speak to Larry O’Brien trophy elements. Additionally, these kicks honor His Airness through his jersey numbers of 23 and 45 carved into the medial panels, a “06/16/96” hit located towards the base of the shoe laces, and interior sock liner graphics that represent the famous carpet seen in the image of MJ lying down with in the middle of the locker room. Topping all of this off comes a speckled outsole, as well as “06/19/16″ embellishment on the left side laces to shout out Irving’s NBA Finals victory with the Cleveland Cavaliers. See a detailed look here and find them releasing on Nike.com and the below retailers on February 14th for $140. 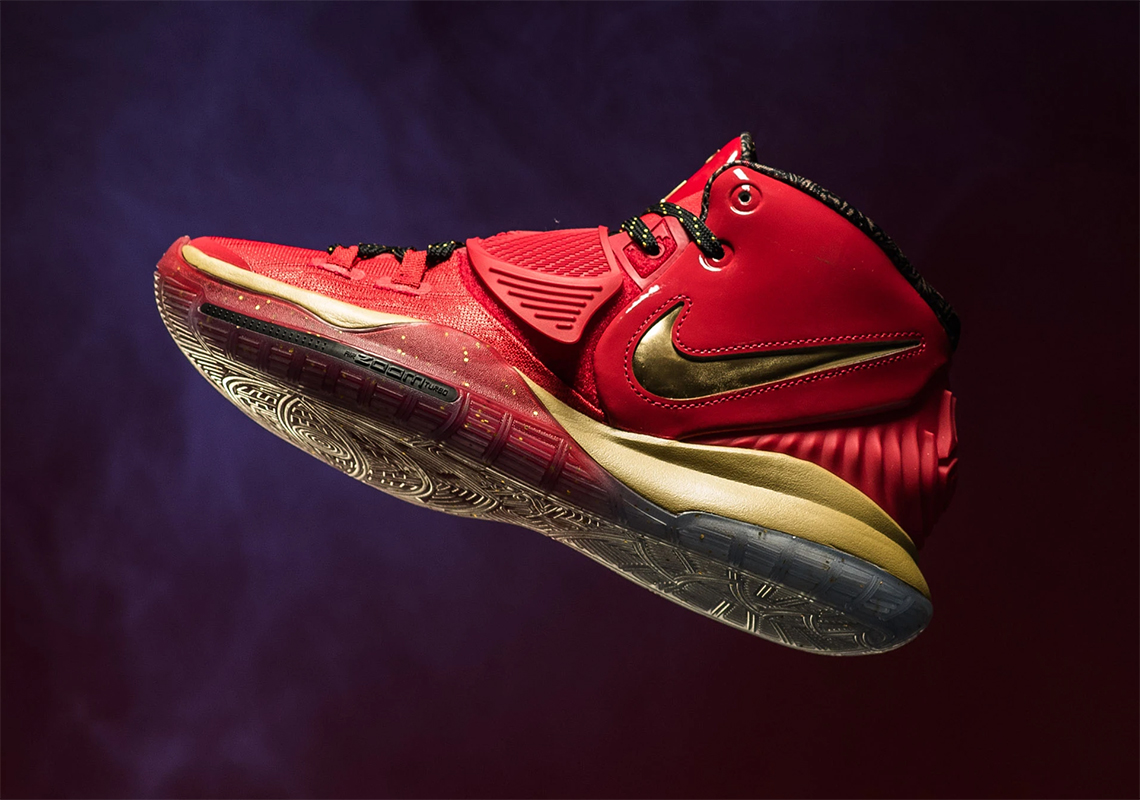 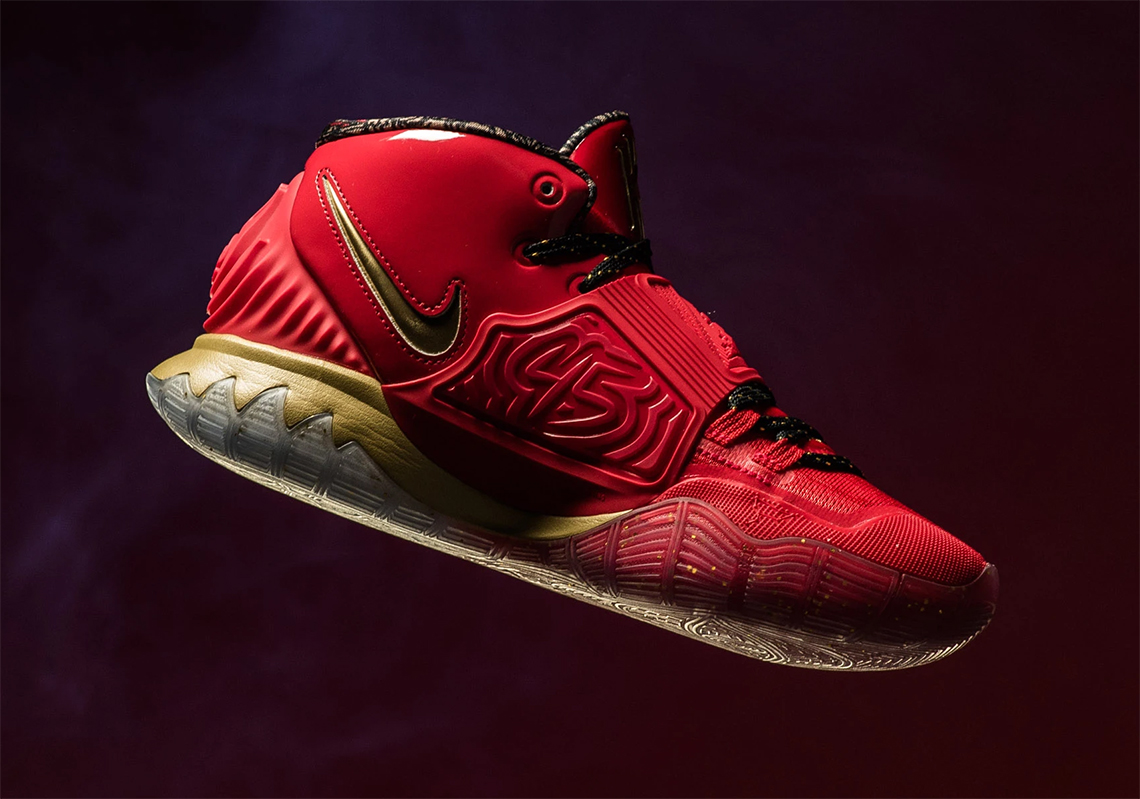 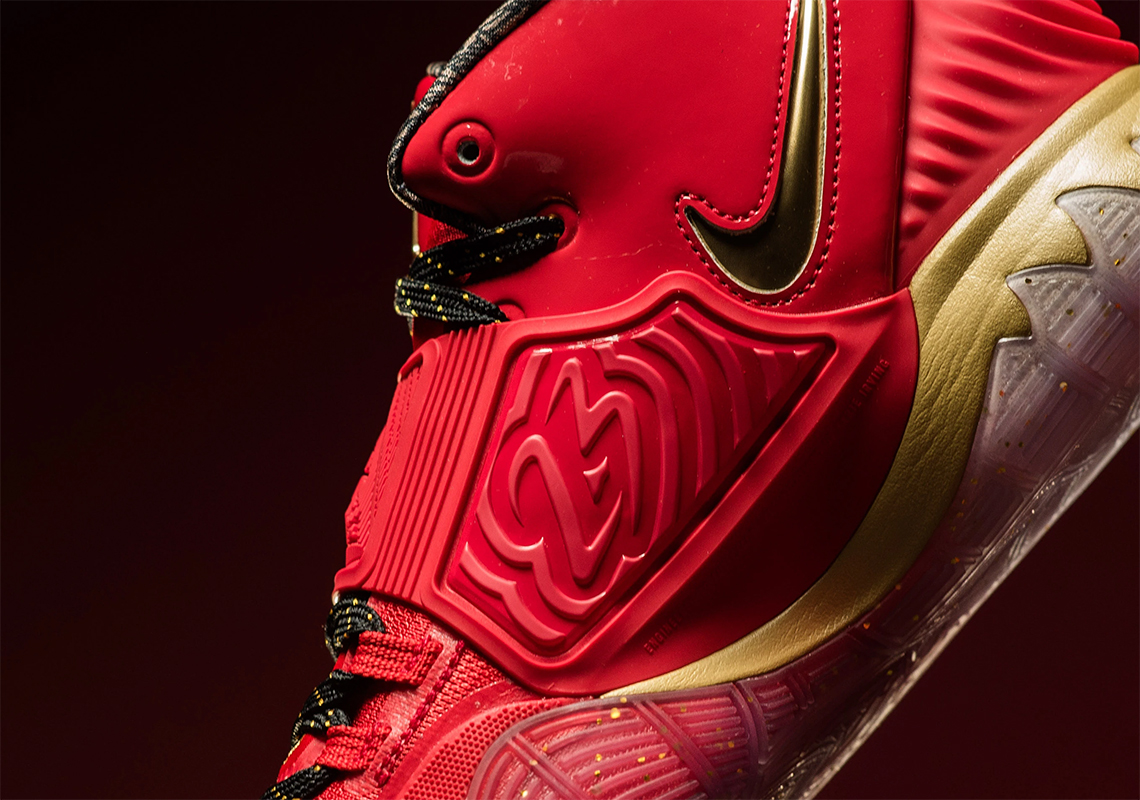 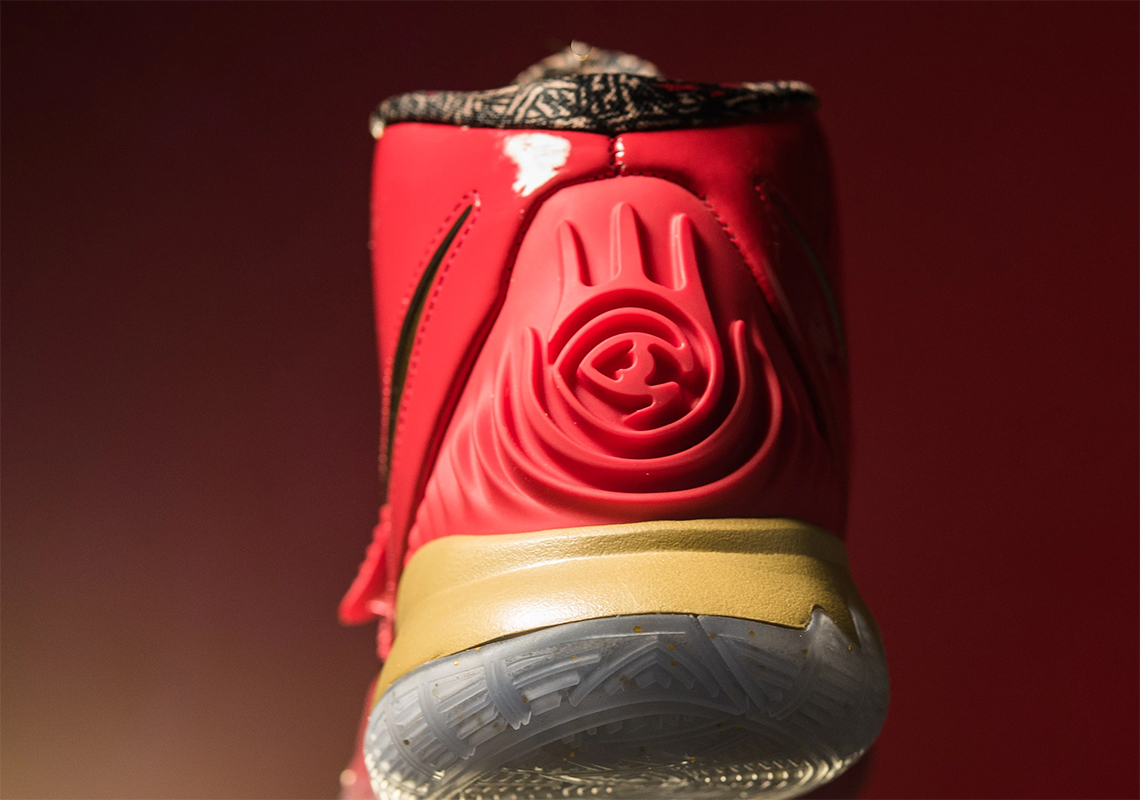 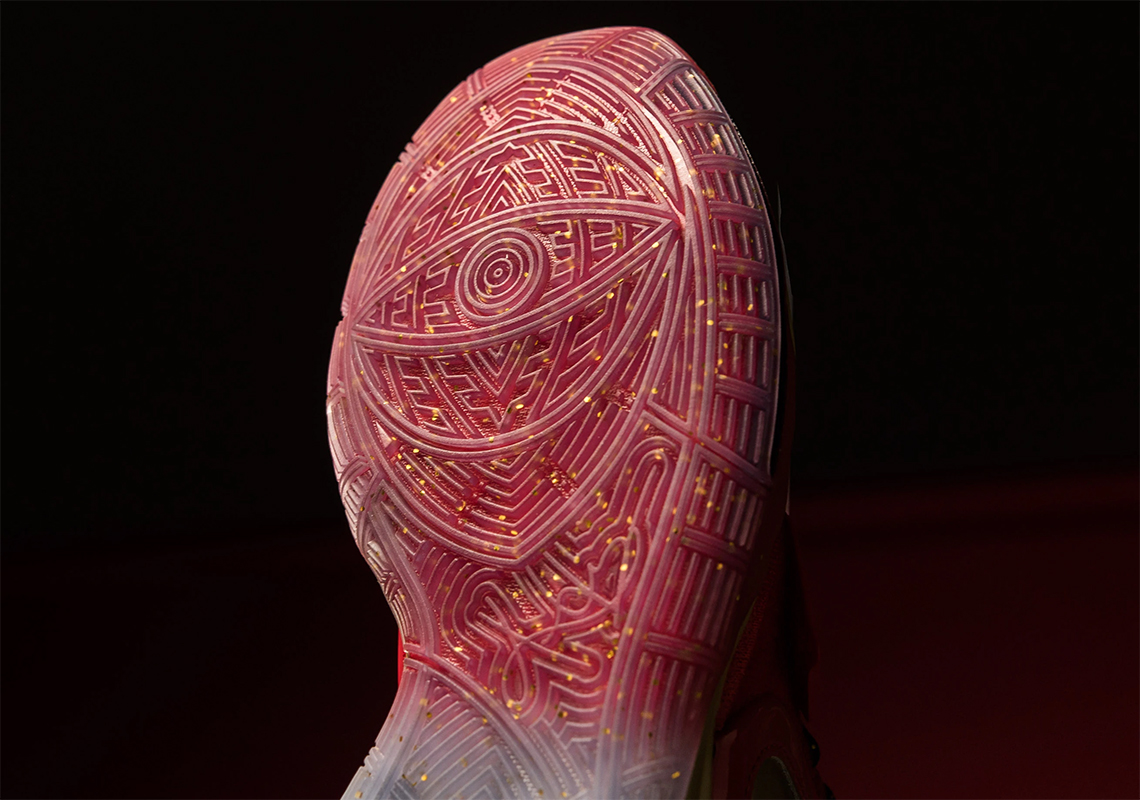