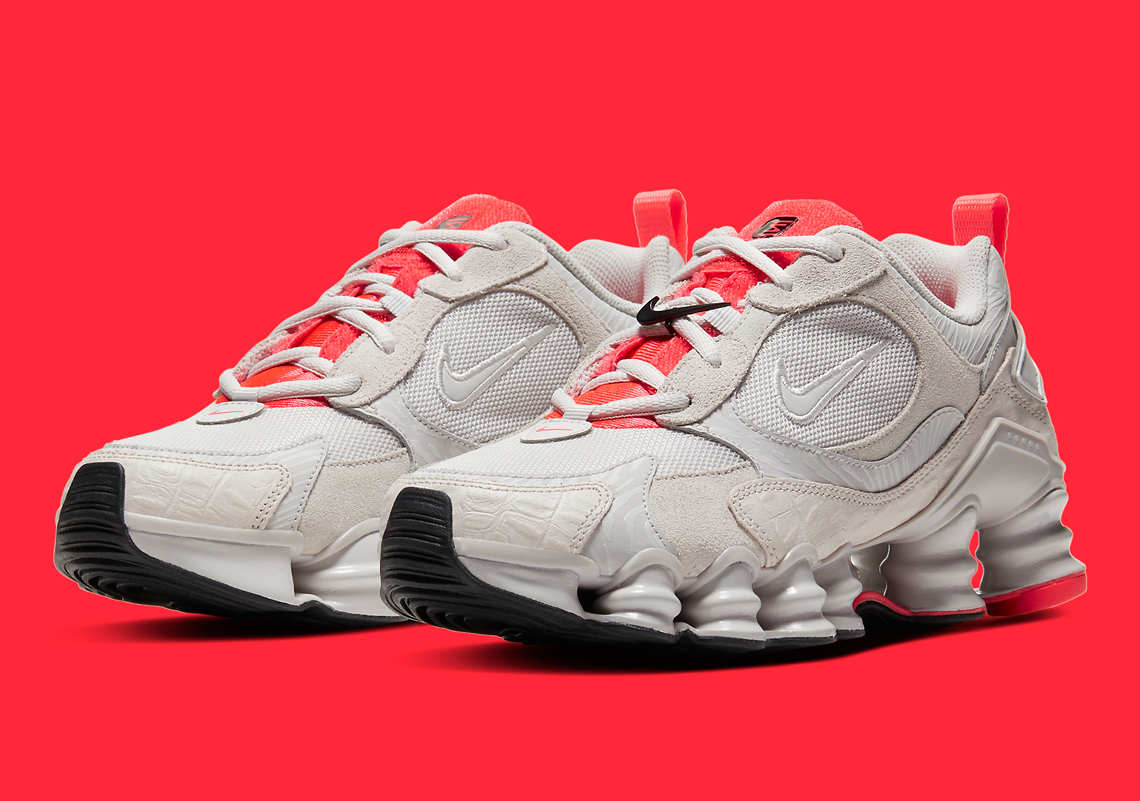 Arguably ahead of its time, the Nike Shox line has attempted to recapture some of its 2000s splendor over the past few years with collaborative takes by Skepta, Neymar Jr. and COMME des GARÇONS. The piston-cushioned line has even produced a new Shox TL-variant for women, seen here in “Vast Grey/Laser Crimson.”

Arriving alongside an Air Max 270 React, the Shox TL Nova adds divergent animal-print across its uppers as part of a “Digital Nature” Pack. Crocodile, zebra and other wildlife-patterns camouflage among the off-white suede and leather overlays atop light grey mesh bases. Soft tones spill-over onto the full-length cushioning columns (which slightly resemble crocodile teeth), but are accented with a small dose of “Laser Crimson” at the midfoot and most lateral piston. By comparison, the attention-grabbing hue leaves little breathing room on tongues, insoles, and heel tabs up top, while also animating Swooshes at laces’ bases. A black detachable Swoosh lace jewel rounds out this special release.

Grab a closer look at this nature-inspired Shox TL Nova here below and expect pairs to hit Nike.com and affiliate retailers tomorrow, February 13th for $150 USD. 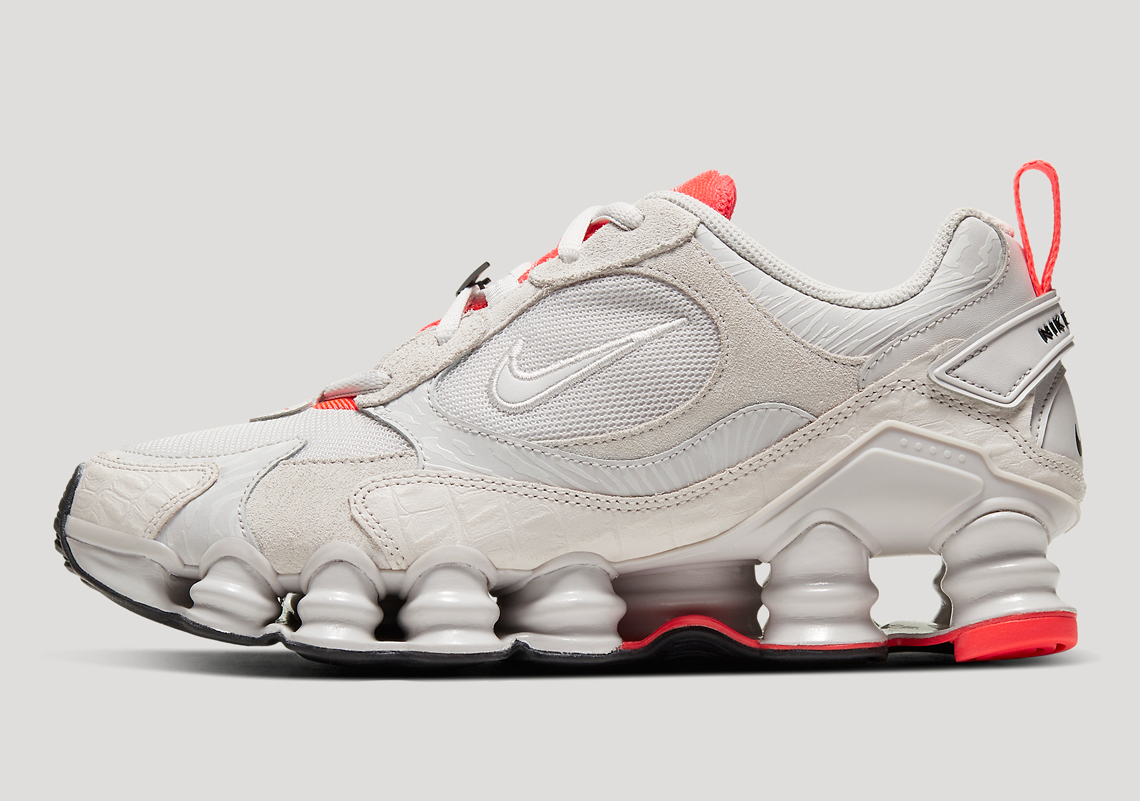 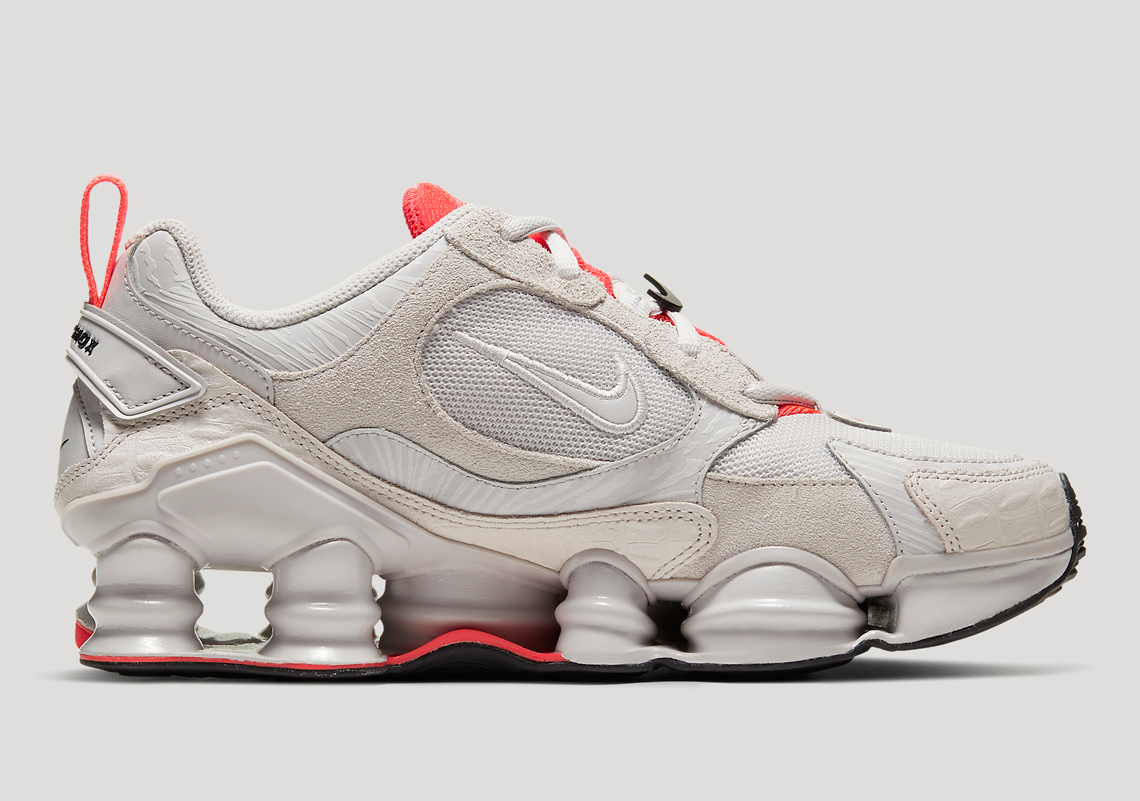 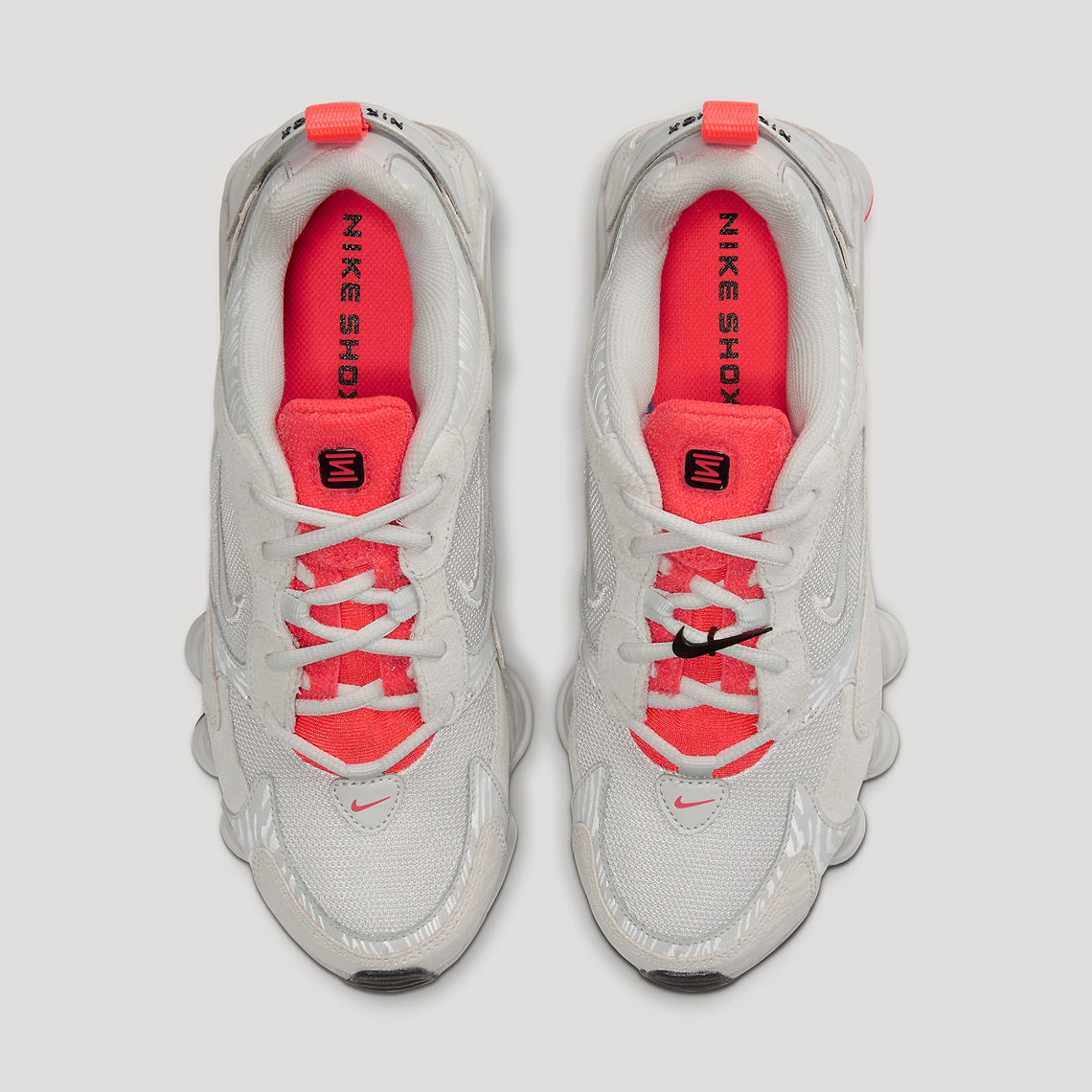 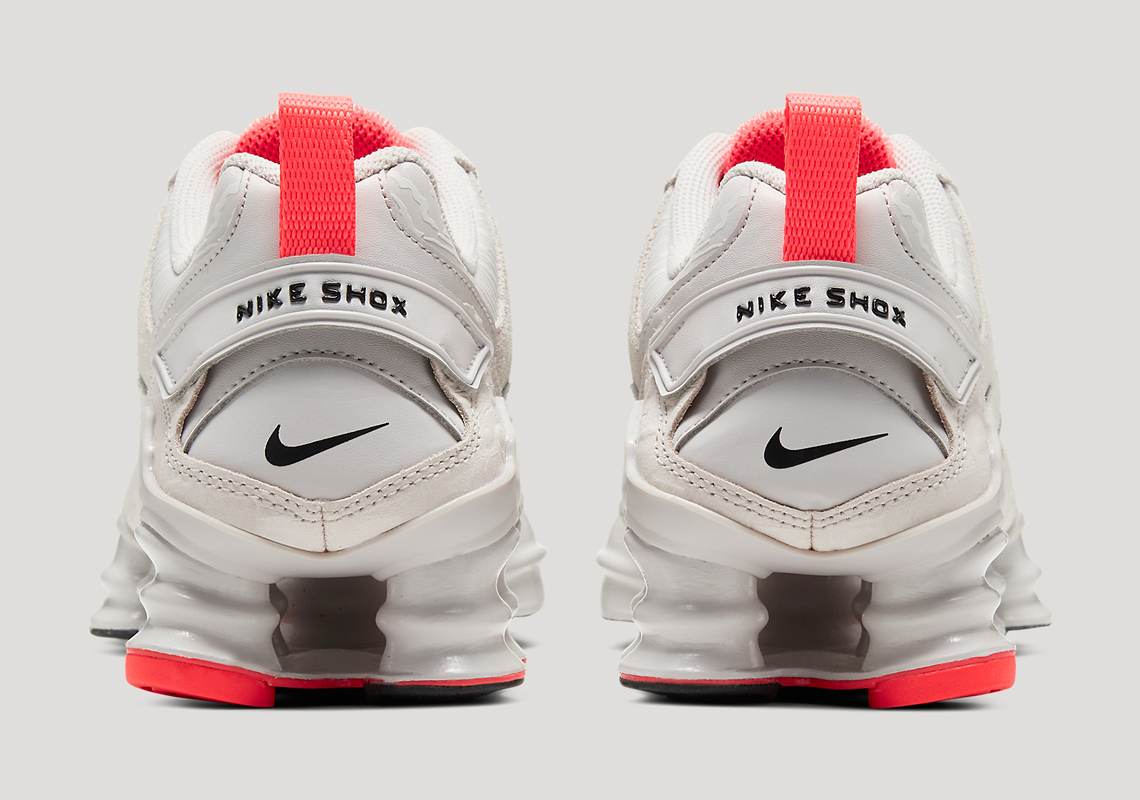 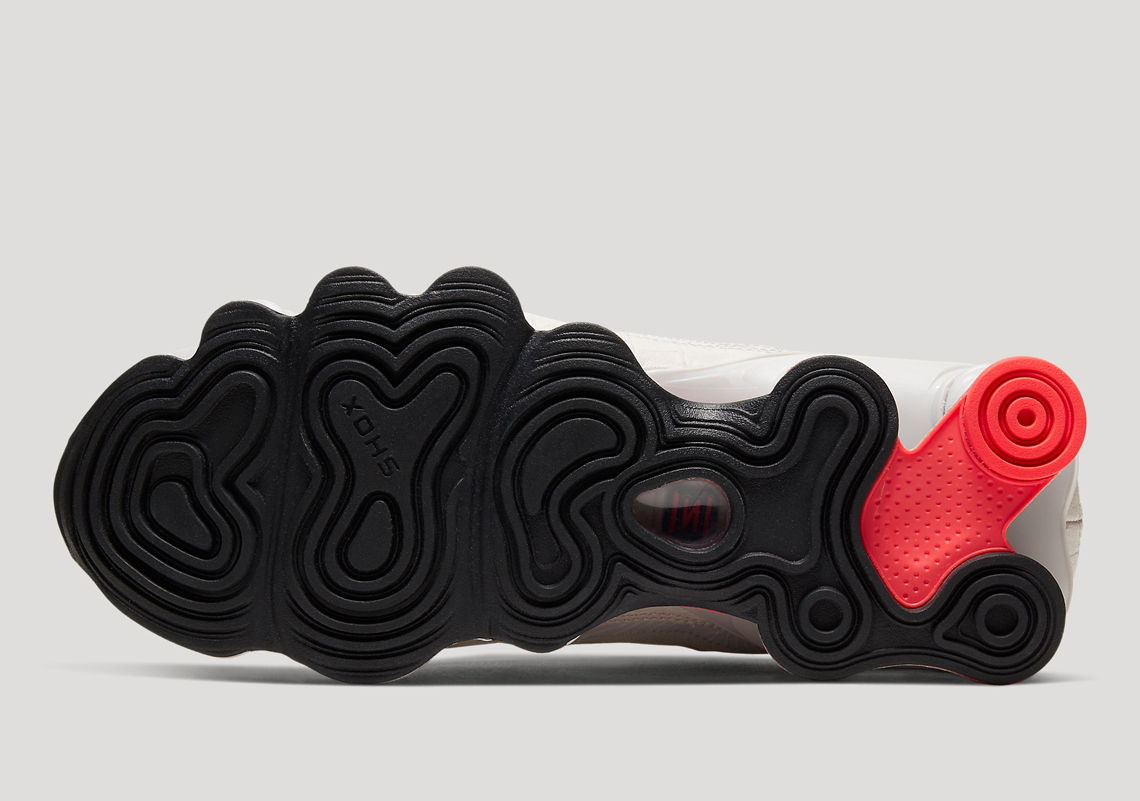