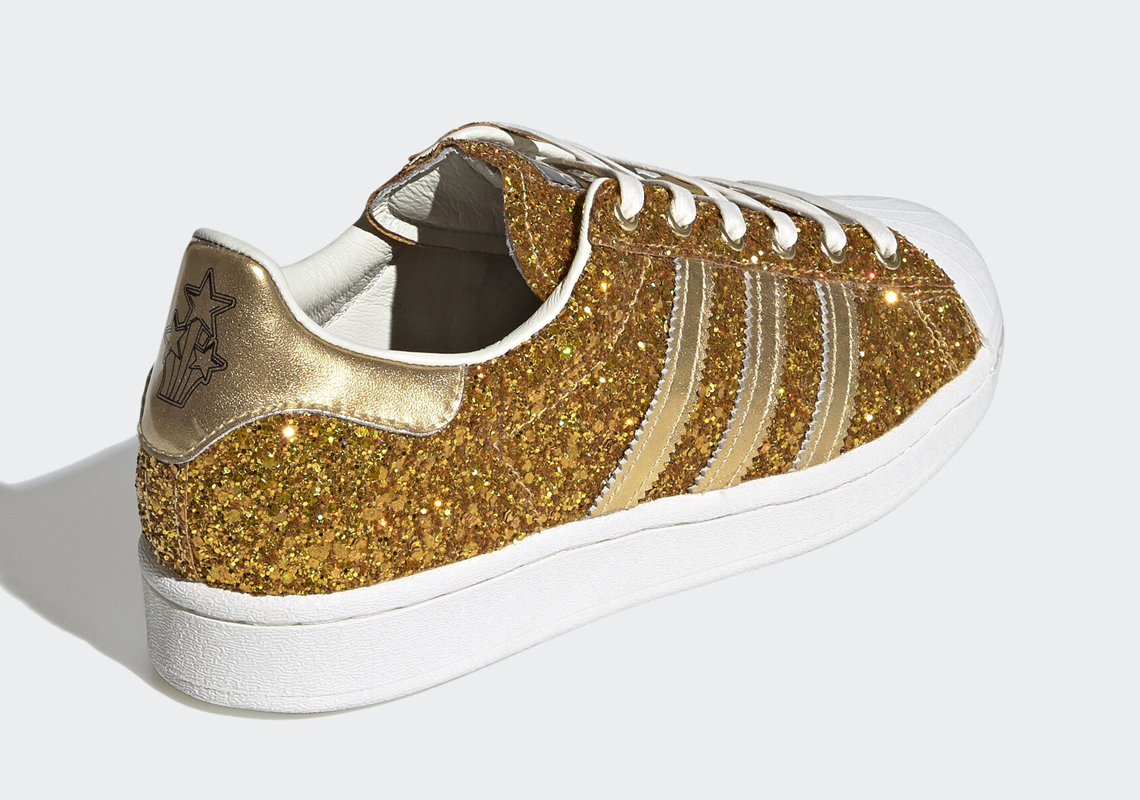 Only two months into its 50th Anniversary, the adidas Superstar already boasts dozens of general and special releases. And with rumored collaborations with Prada, Jonah Hill and Pharrell still in the tuck, the latter will only grow in numbers for the remainder of 2020. adidas’ next solo effort, however, is nothing short of remarkable, as it dresses the iconic shell-toe in a “Gold Metallic” limited to 500 pairs.

From hardwood to concrete, every environment has seen the Superstar find its footing. The 50-year-old silhouette’s latest dresses up in a red carpet-appropriate ensemble. Toe caps keep their signature “Cloud White” rubber construction, but leather uppers are overlaid with hundreds of golden sequins. Profile three stripes, “adidas” branding on the tongue and heel tab up the glamourous ante as they feature 24-karat gold plating. And while the colorless midsole/outsole keep things standard, three star-graphics on the heel further denote this release as special.

If you’re looking to add this limited Superstar to your collection, pairs are hitting adidas.com in women’s sizing on February 28th for $200 USD. Until then, enjoy official images of the shoes here below.

Elsewhere in the Three Stripes universe, the Polta Akh II, unveiled on the runway last year by Craig Green, is closing out February. 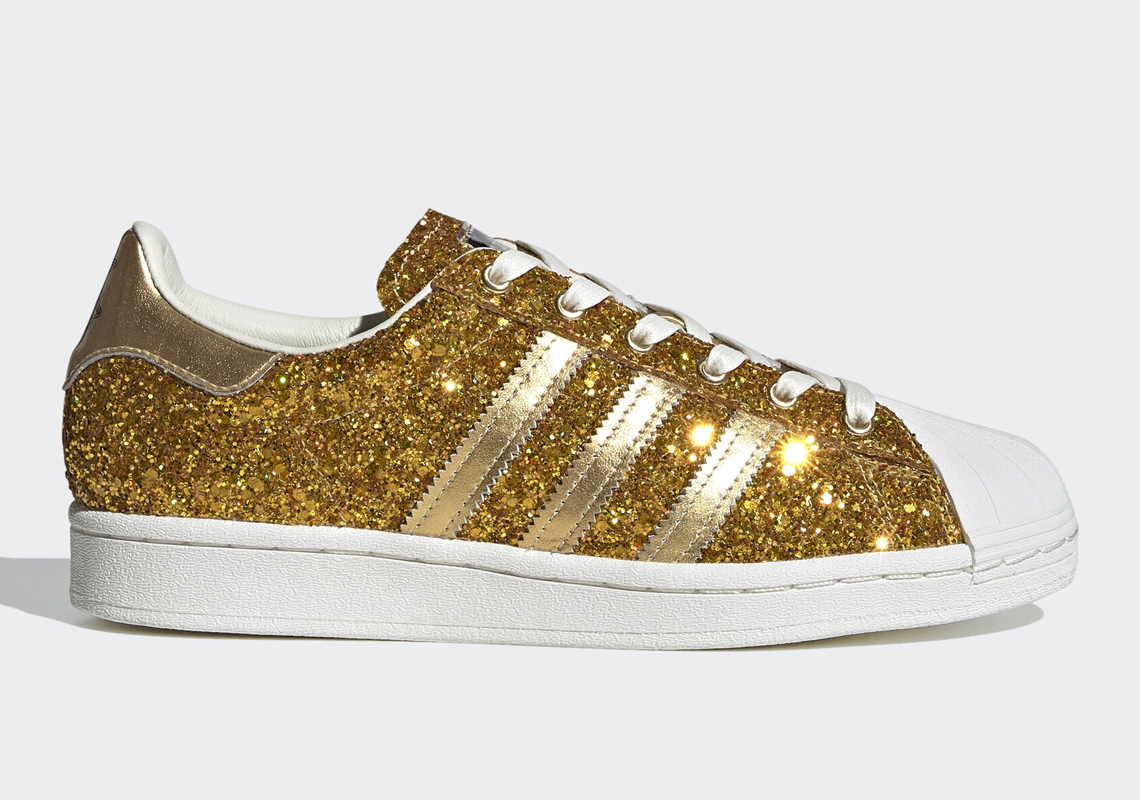 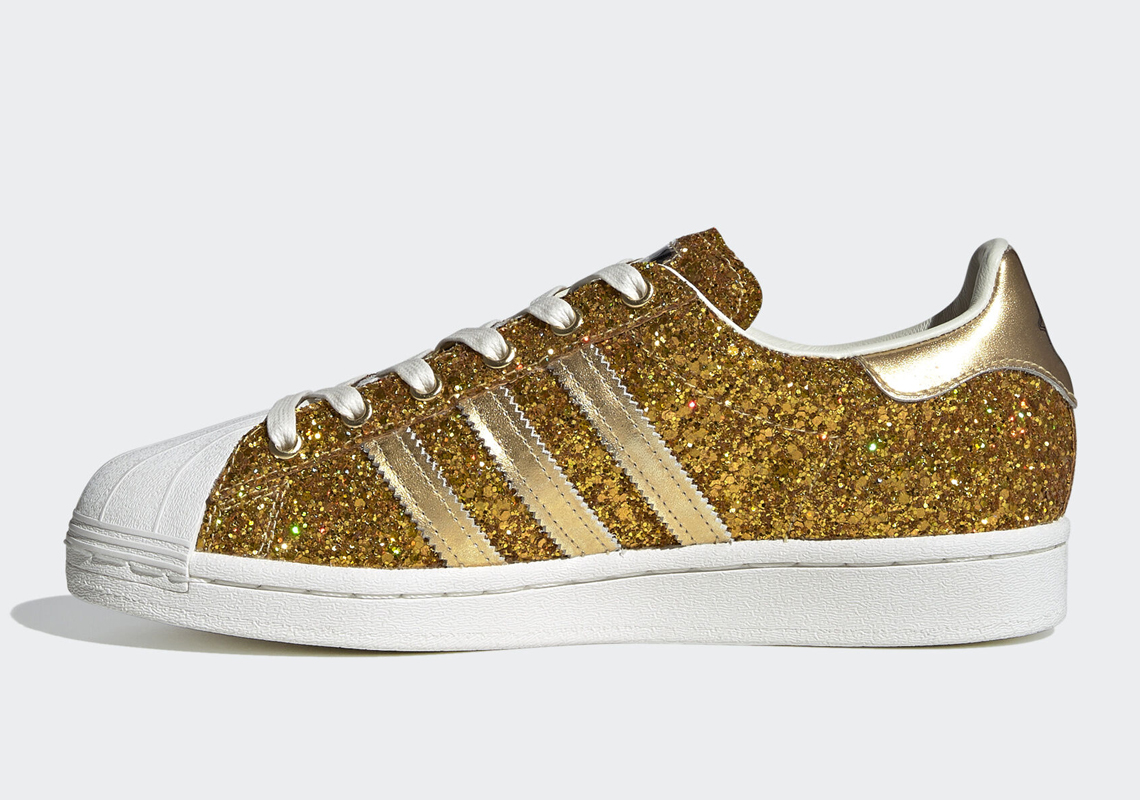 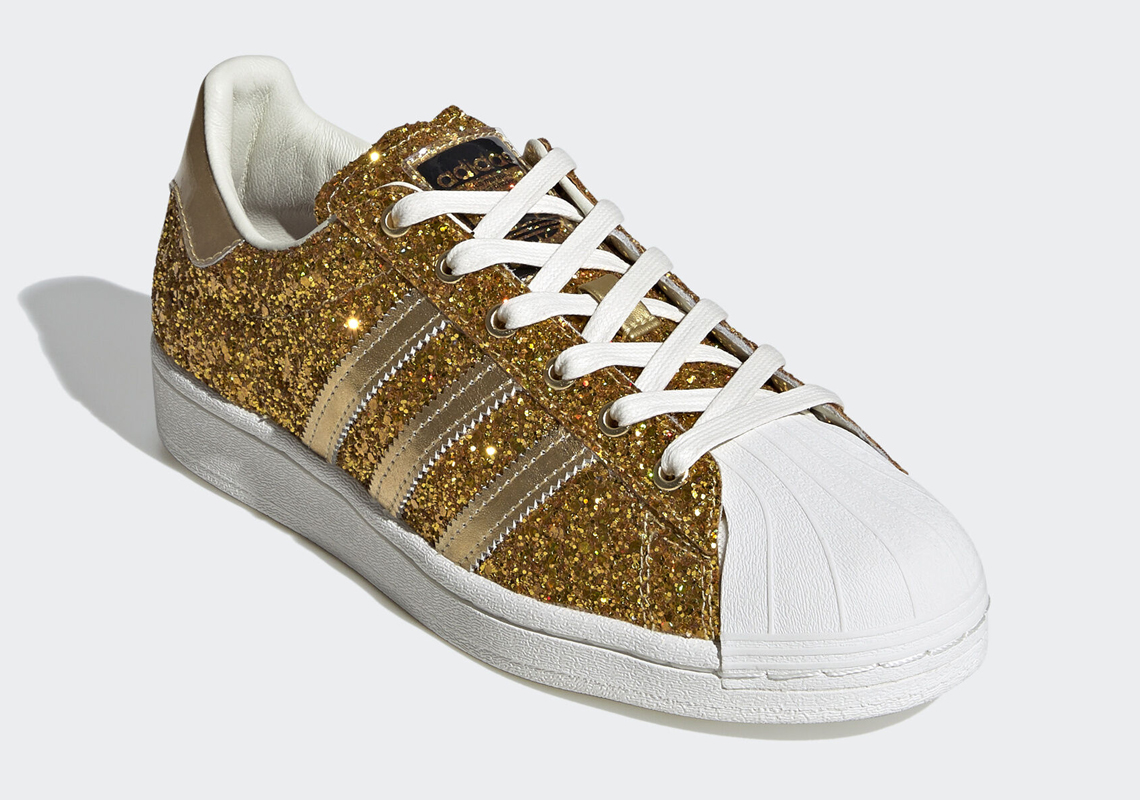 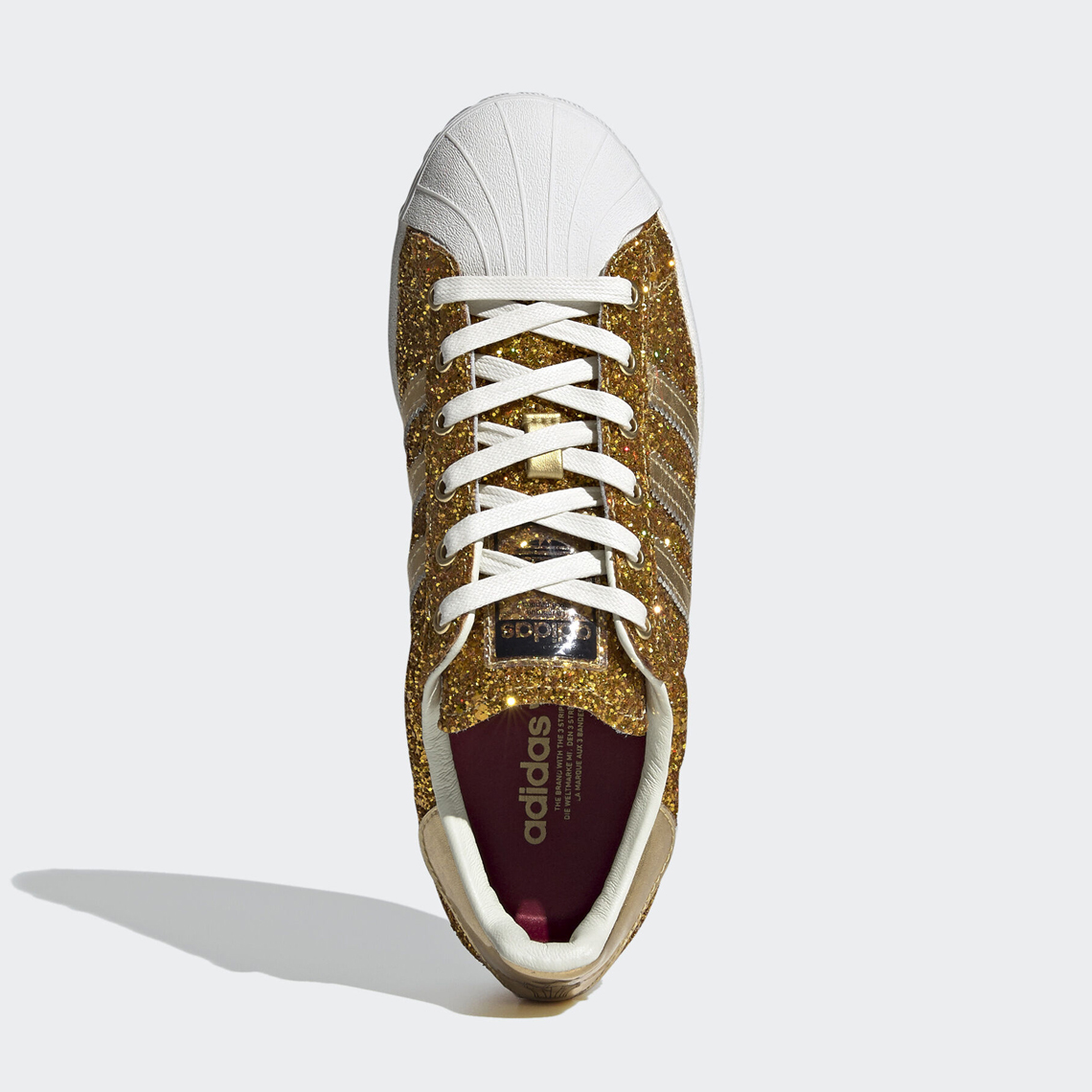 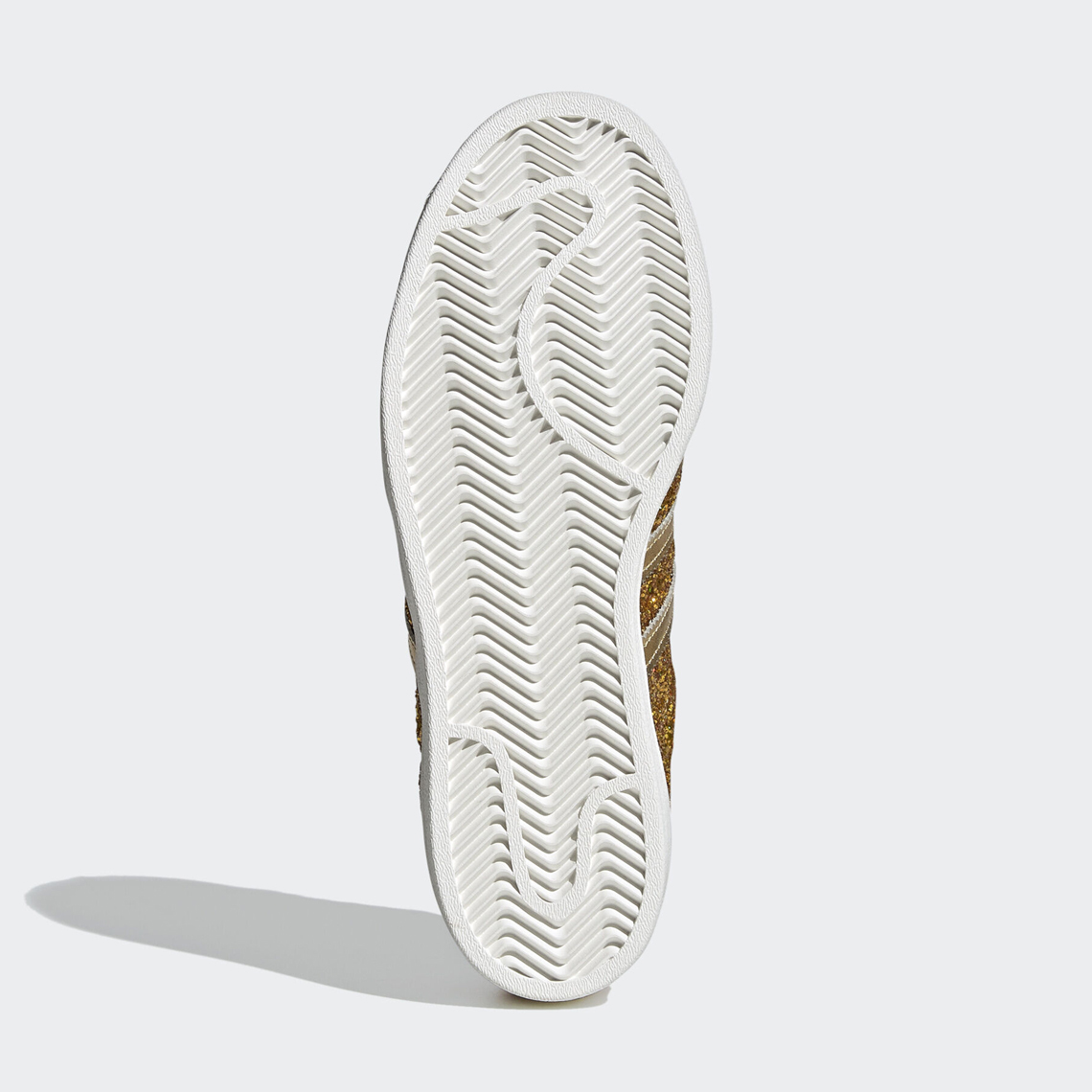