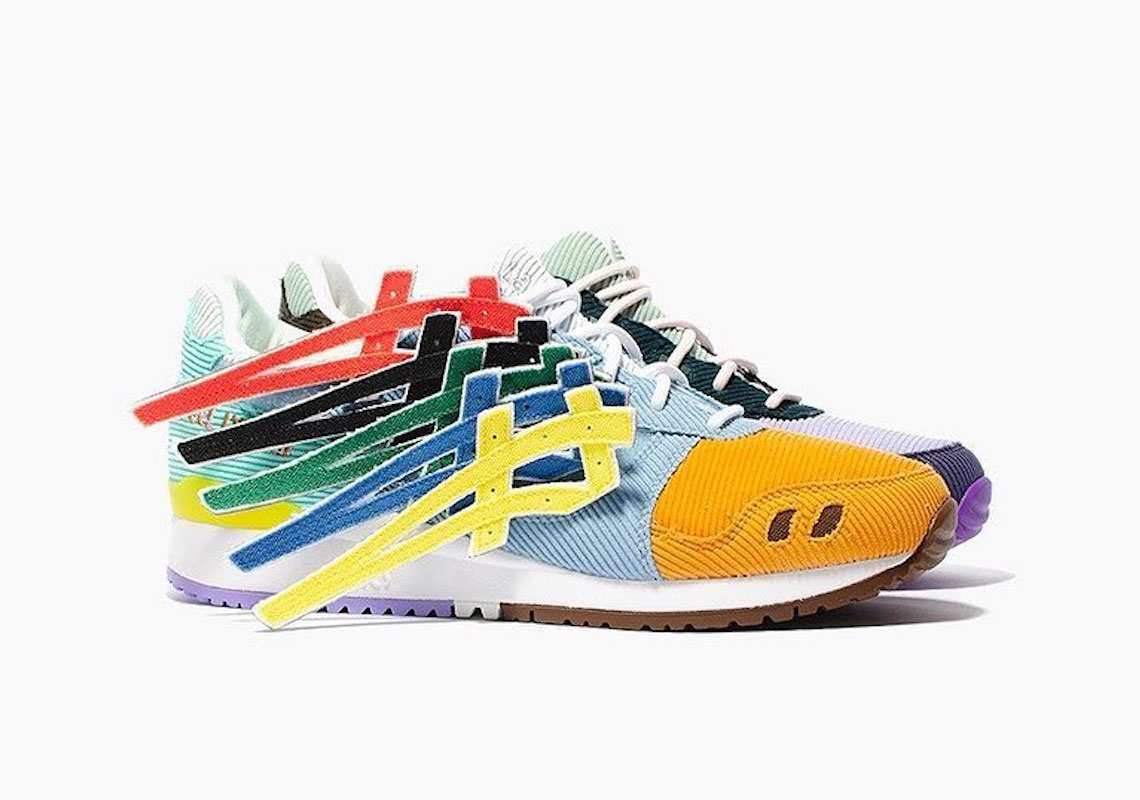 After releasing his legendary Air Max 97, Sean Wotherspoon‘s name has skyrocketed in value — a simple mention often commanding high price tags and resale values as a result. But the Round Two head, despite the steady growth in following, has spent quite a bit of time away from the world of sneakers; he’s simply delved further into apparel and expanding the territory of his vintage empire. This year, though, Wotherspoon is back with force as he has not one but two collaborations on the way with both adidas and ASICS.

The latter, which recruits atmos alongside, is an energetic take of the GEL-Lyte III in a vibrant retro coloring that amplifies that of his 97. Hits of corduroy construct the entire upper with each paneling opting for a swathe of loud palettes. One foot takes on orange at the toe, blues along the middle, and ends in a complementing aqua while the set adjacent prefers a darker mix of purple and forest greens. And though both seem standalone, they connect by way of Velcro backings which leave room to stamp on a number of strike logos, peace sign patches, and the Japanese half’s namesake.

Grab a detailed look at these right here, and if you want to get your hands on a pair of samples, @roundtwohollywood is offering up the chance. If you have the artistic chops to take up the challenge, draw a picture of Round Two’s Sean, Luke, and Chris in front of any of their locations and upload it to your personal Instagram accounts before Saturday, 3/28. For further word on a wide release, keep it locked in.

For more, check out the Sean Wotherspoon adidas collab. 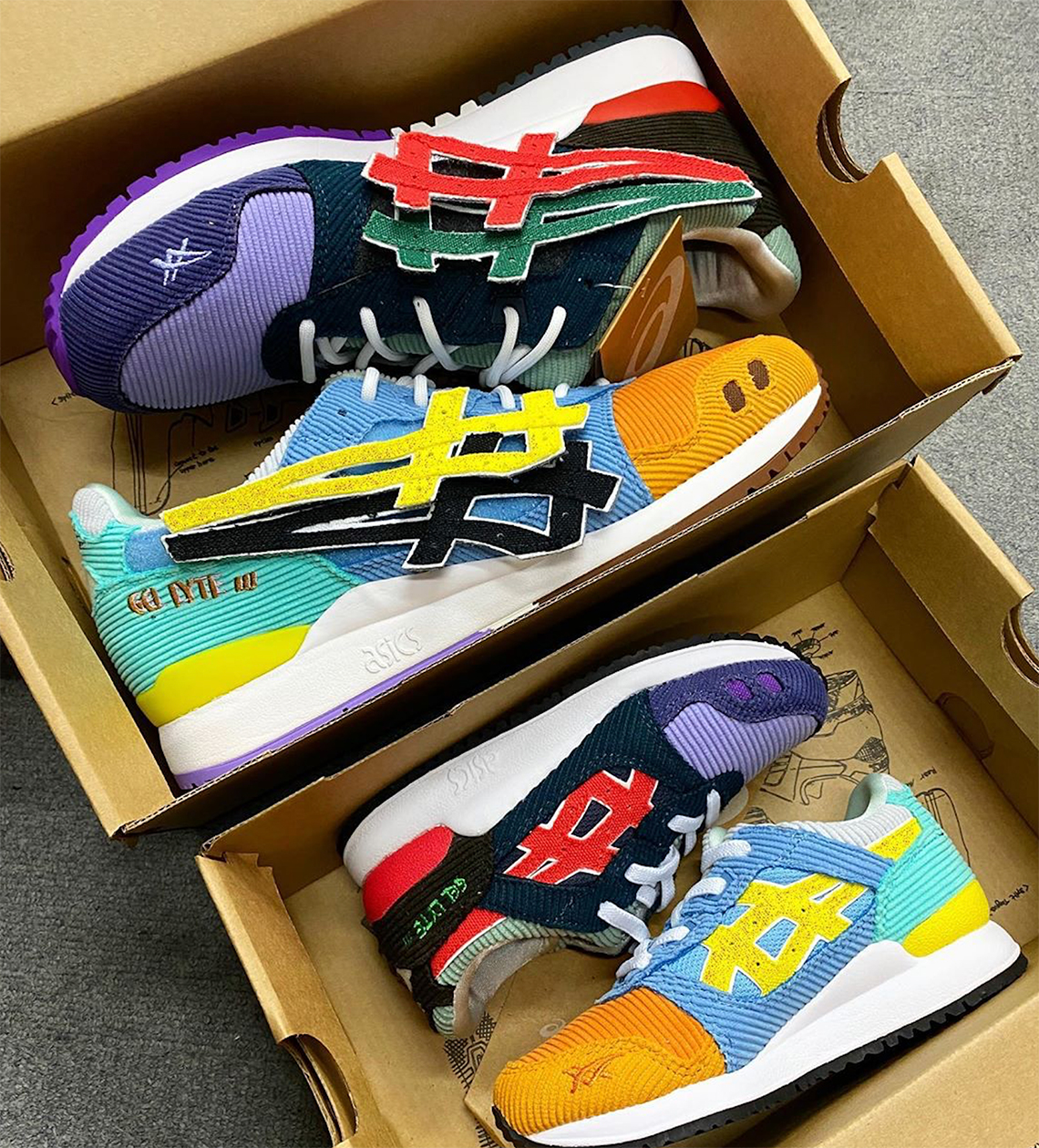 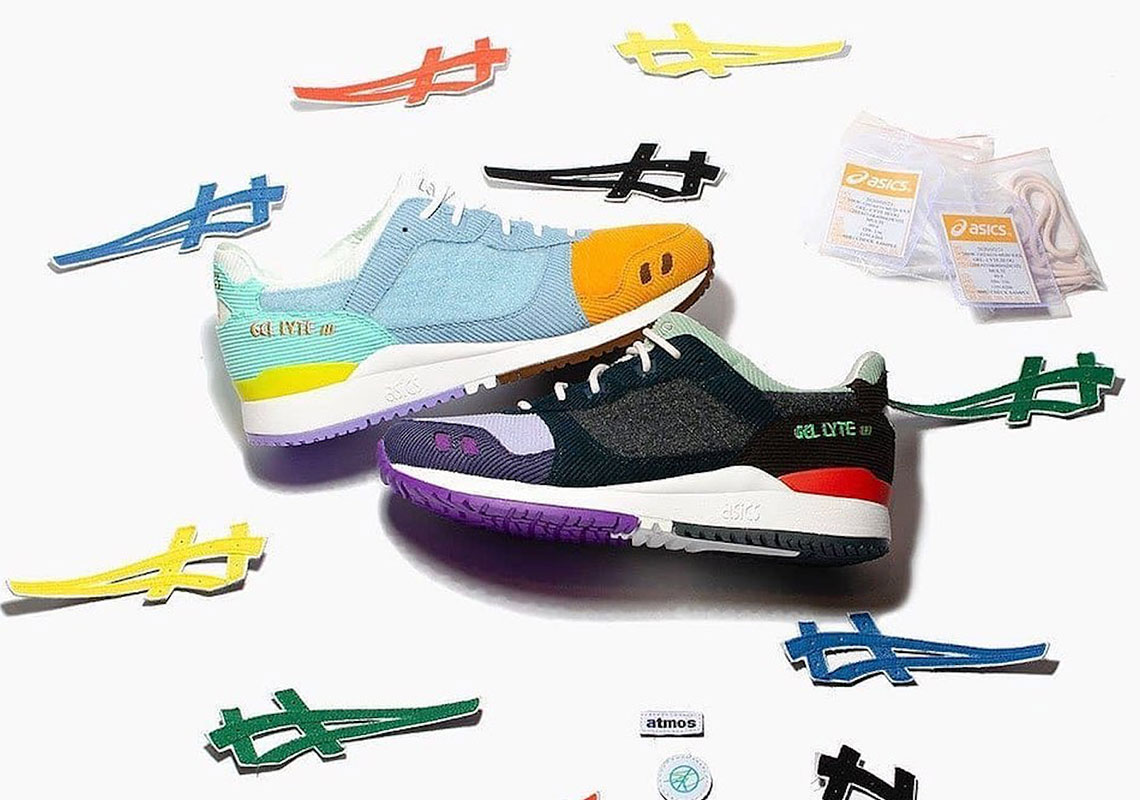 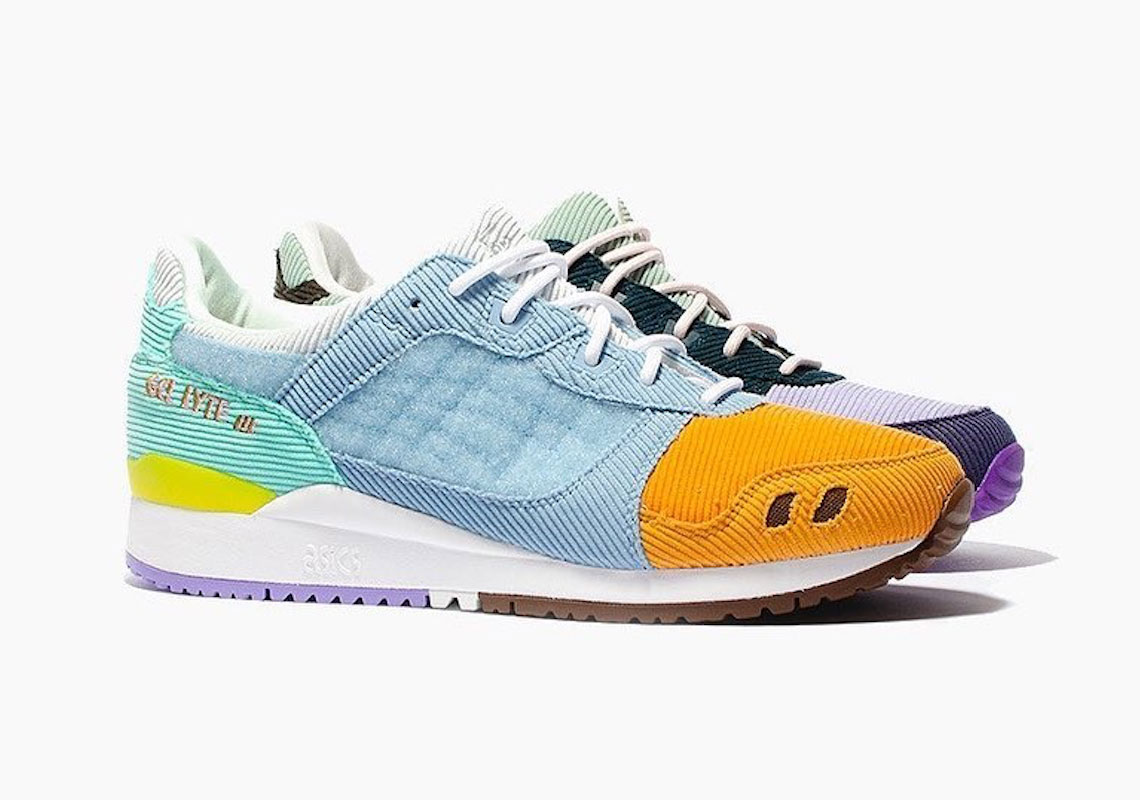 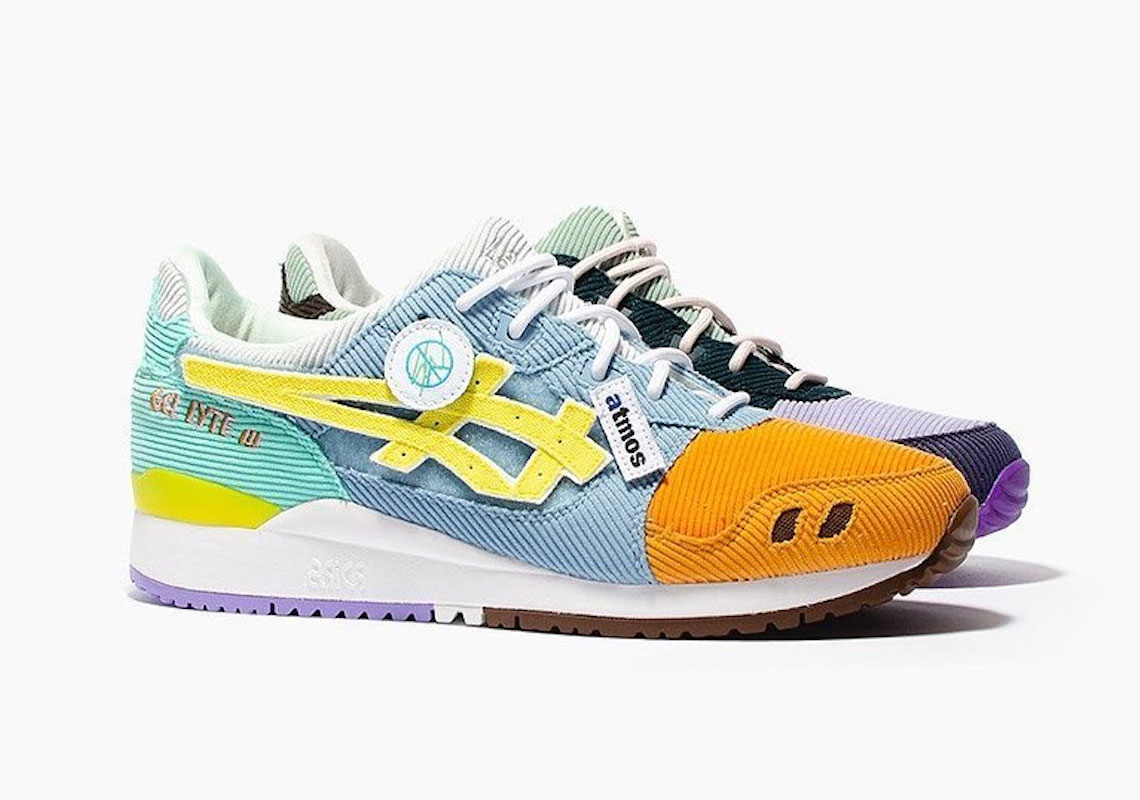 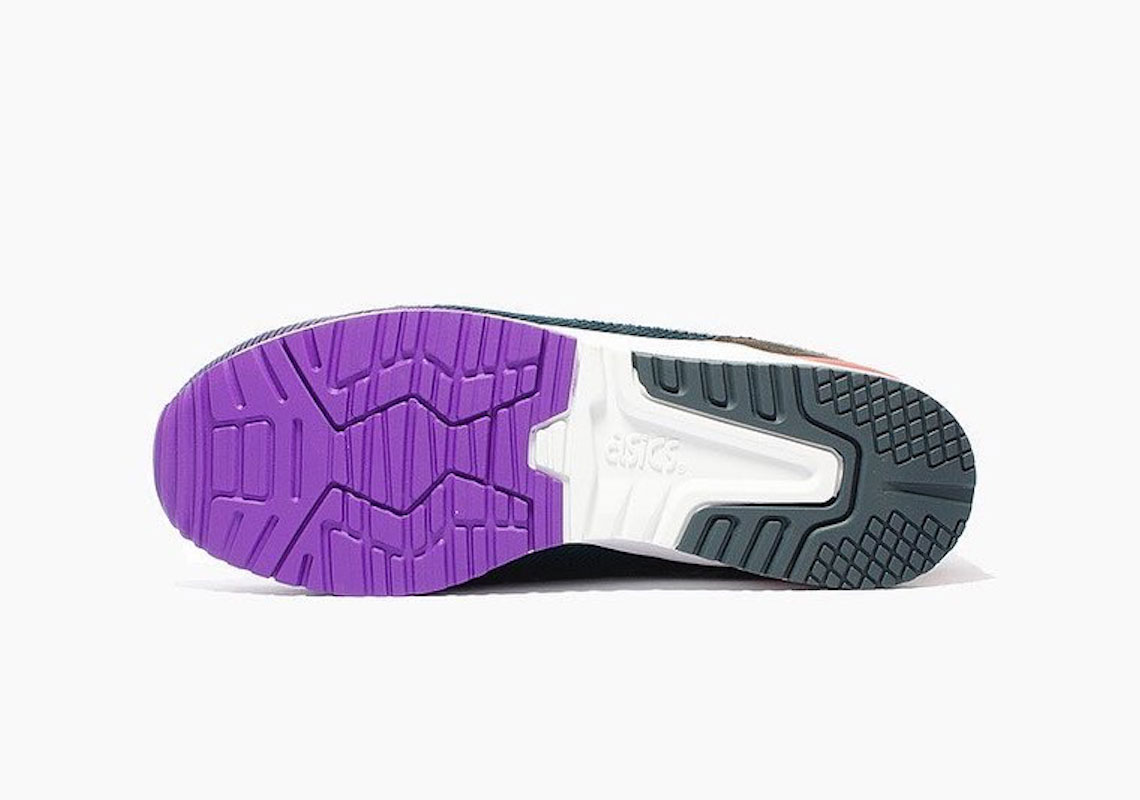