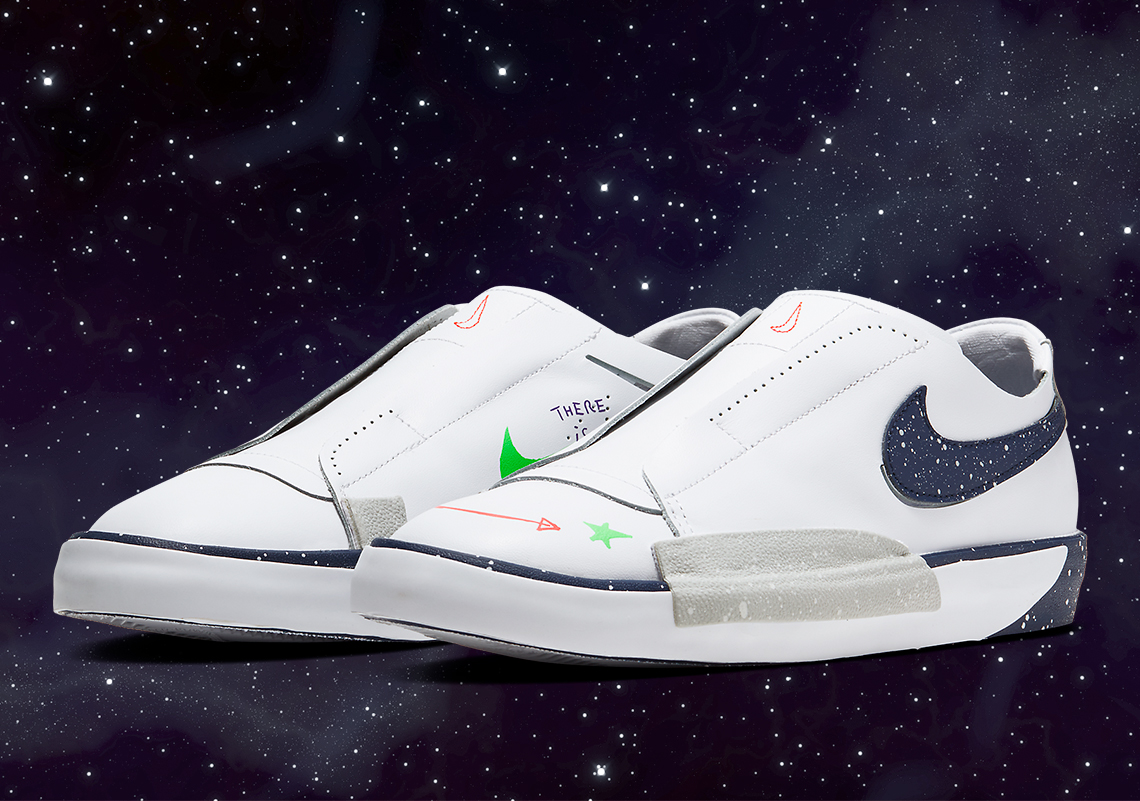 Nike’s inspirations are often far-reaching — almost to the point of different galaxies. And as they consistently explore astronaut gear alongside Tom Sachs, the brand seems to simultaneously grow their admiration for the star-clad skies as GRs frequently depict such images across many a different silhouette. Recently, we’ve found it atop Kevin Durant’s newly crafted KD 13 whose “Planet of Hoops” themes are now transitioning over to the much older Blazer, more specifically its Slip-On alternative. Hued white for the most part, the pair retains its general shape, though laces are long gone and the tooling is supported by added side molds. Elsewhere, the bottom even adorns with further nod to space as its nebulous blues dress the back portions and top outlines much like it does the swoosh. Alongside, hand-drawn touch-ups are scattered across the toe box and medial side as arrows and stars adorn the former while the internal series’ namesake affixes to the latter. Grab a detailed look at the pair right here and expect a release at Nike.com to arrive surely within the coming months. 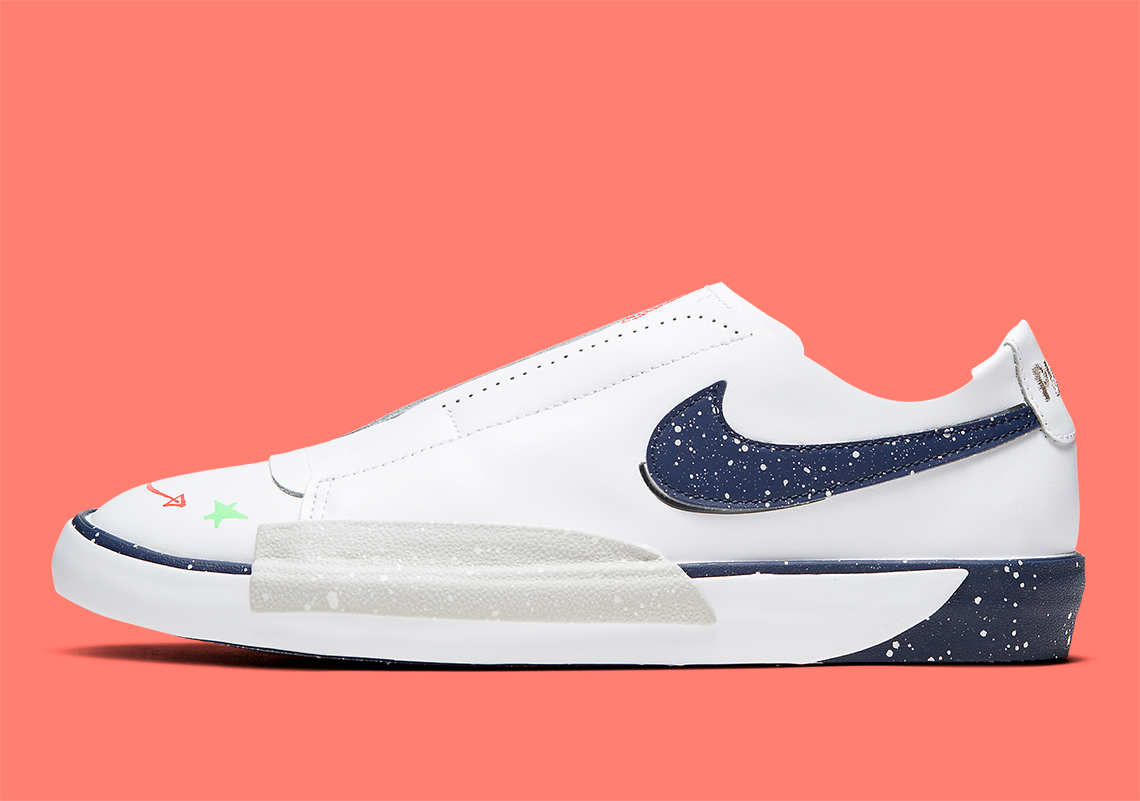 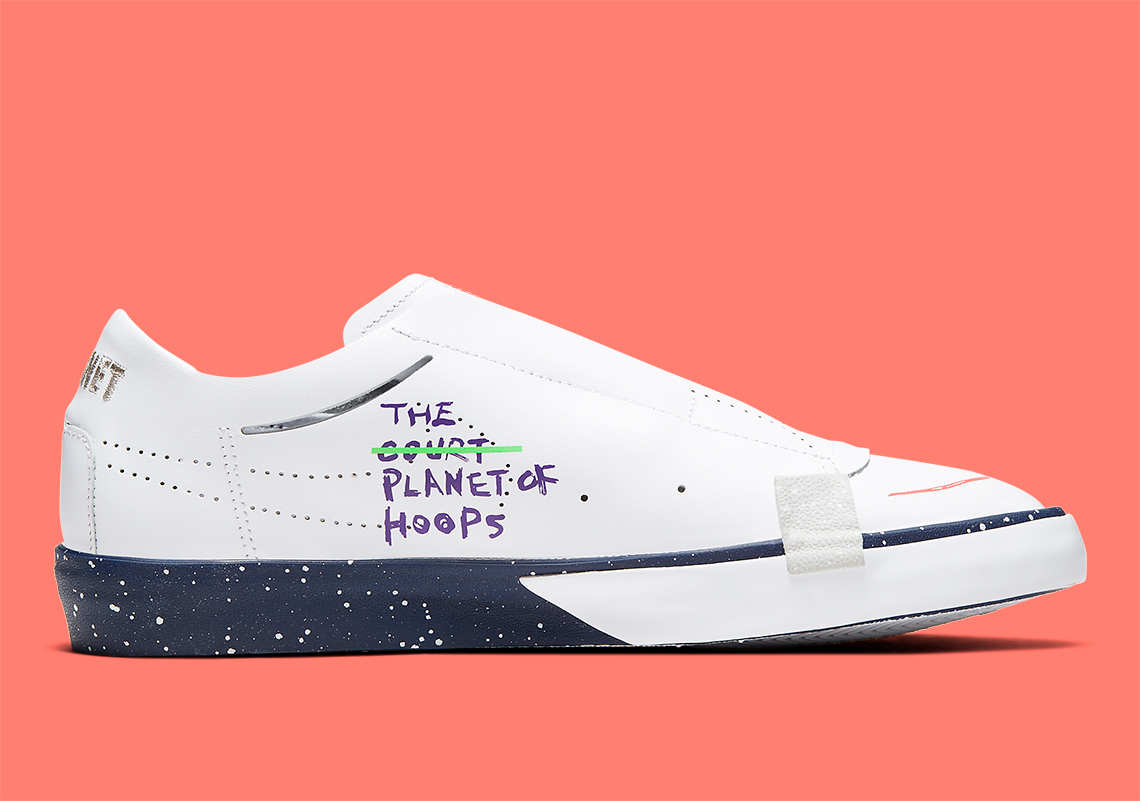 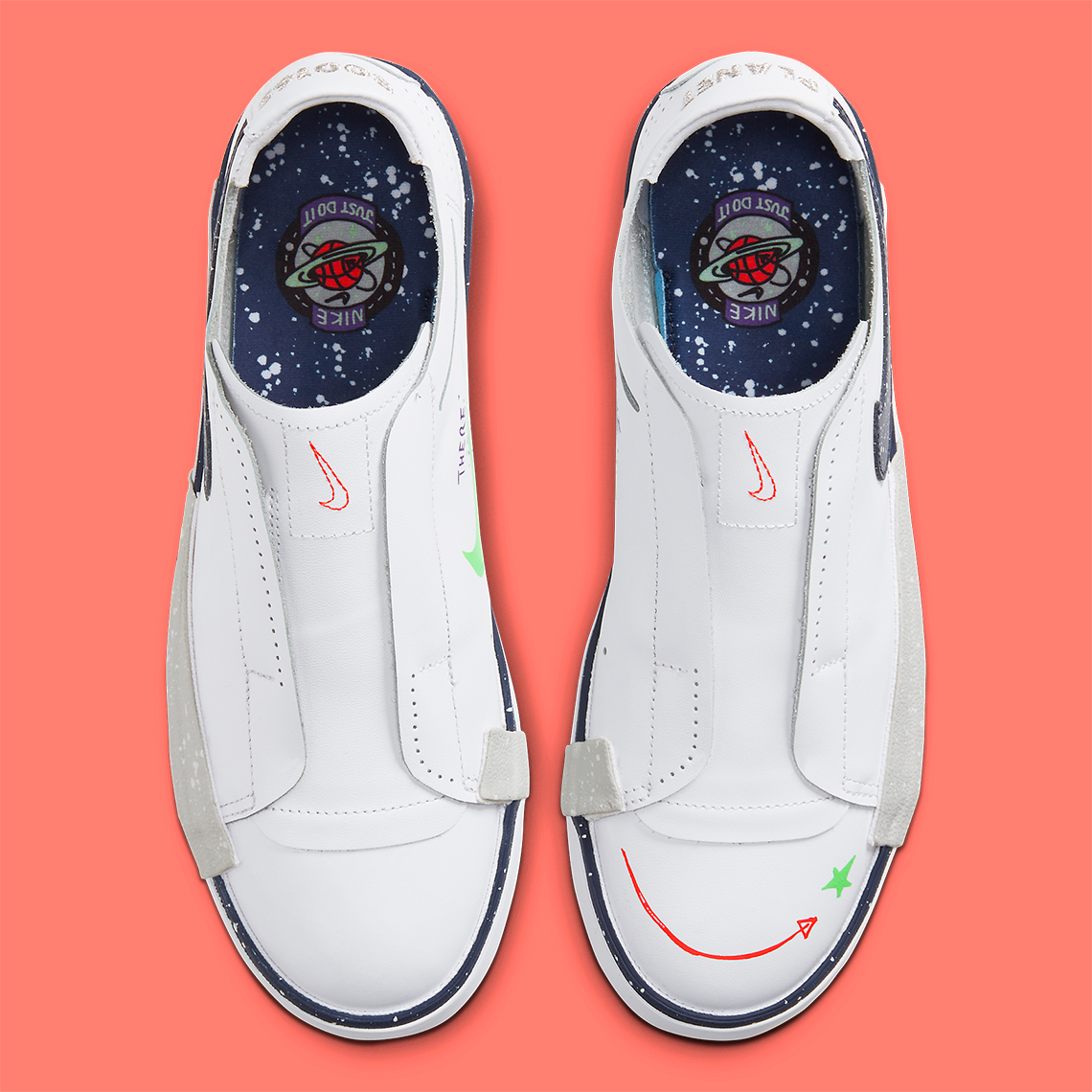 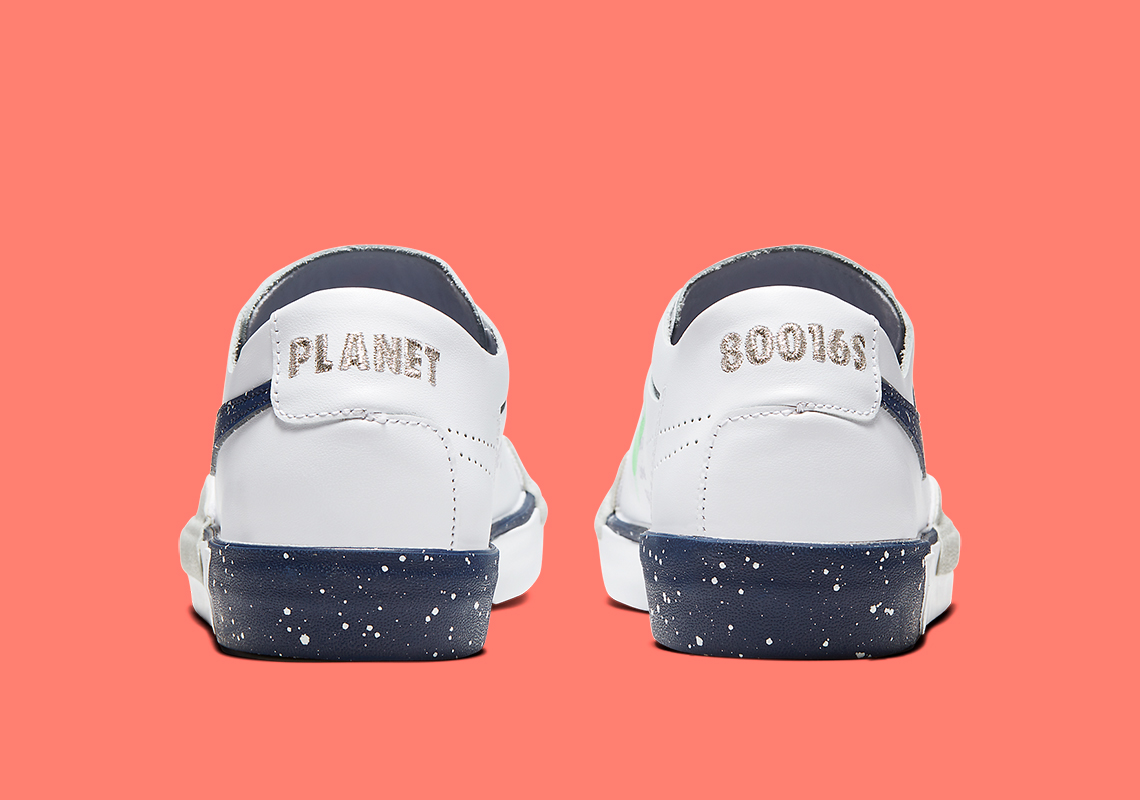 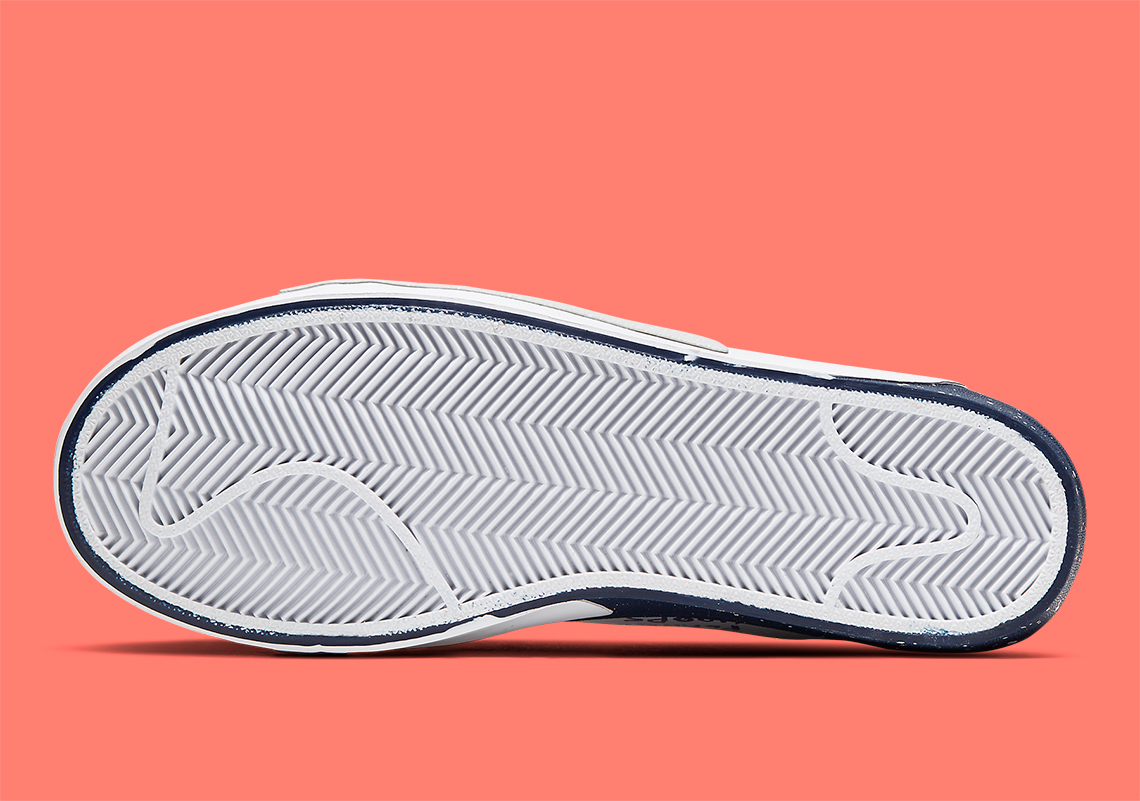