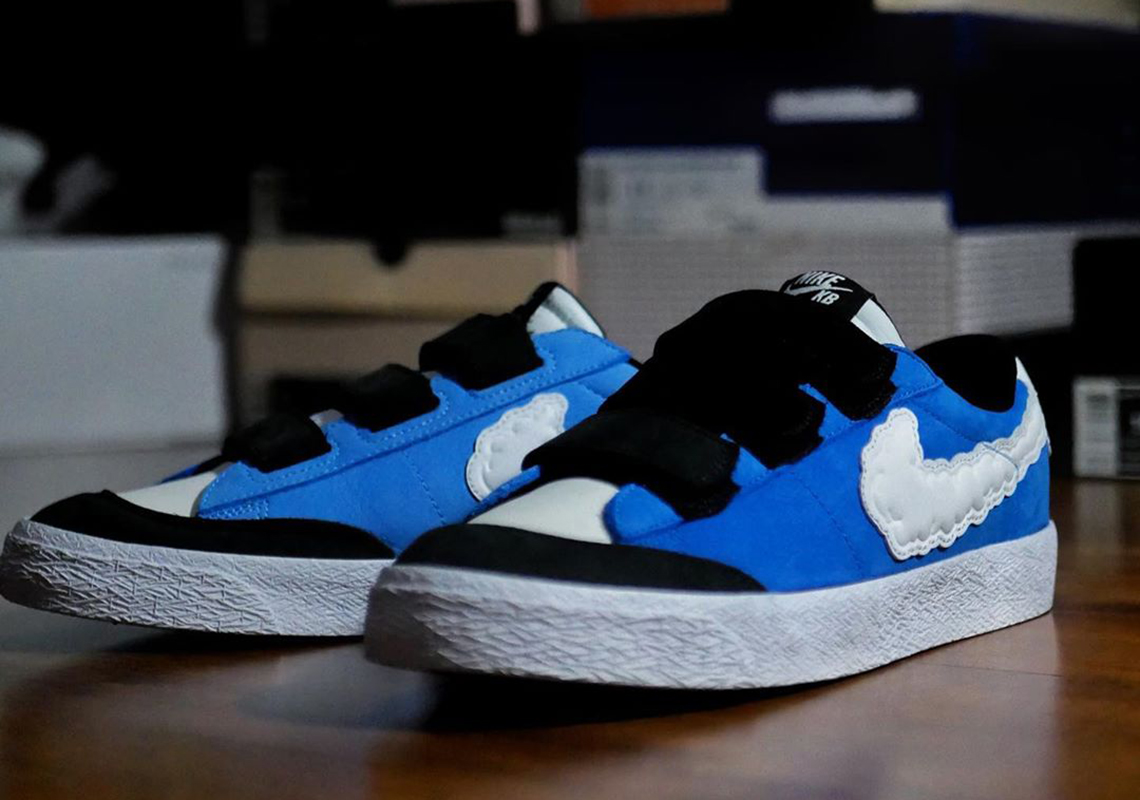 From Fucking Awesome to Supreme and Spitfire, Kevin Bradley has no shortage of influential sponsors, and his relationship with Nike SB — which is over four years in the making — is now heading to the next level as they craft the nonchalant skater’s first pack of signature silhouettes. Engrossed in this idea of “Kevin and Hell,” the upcoming duo is set to strike with two distinct extremes, with the first to reveal being of very obvious heavenly inspiration. Taken to the Blazer Low AC XT, the motifs transform swooshes into clouds and depicts a sky blue landscape across the suedes of the upper’s construction. Black accents the overlays above the toe cap, lining, and the newly applied tri-strap system elsewhere, while the similarly monochrome branding tweaks the classic Nike SB insignia for a more playful “Nike KB.” More atmospheric touch-ups dress the insole while water drop lets adorn the heel, finishing with what is likely to be the polar opposite to the “Hell” complement. Grab a quick look at these here, and though release info isn’t quite finalized, expect pairs to arrive in limited quantities across skate shops around June.

In other news, the Nike SB Dunk High Strawberry Cough has been postponed. 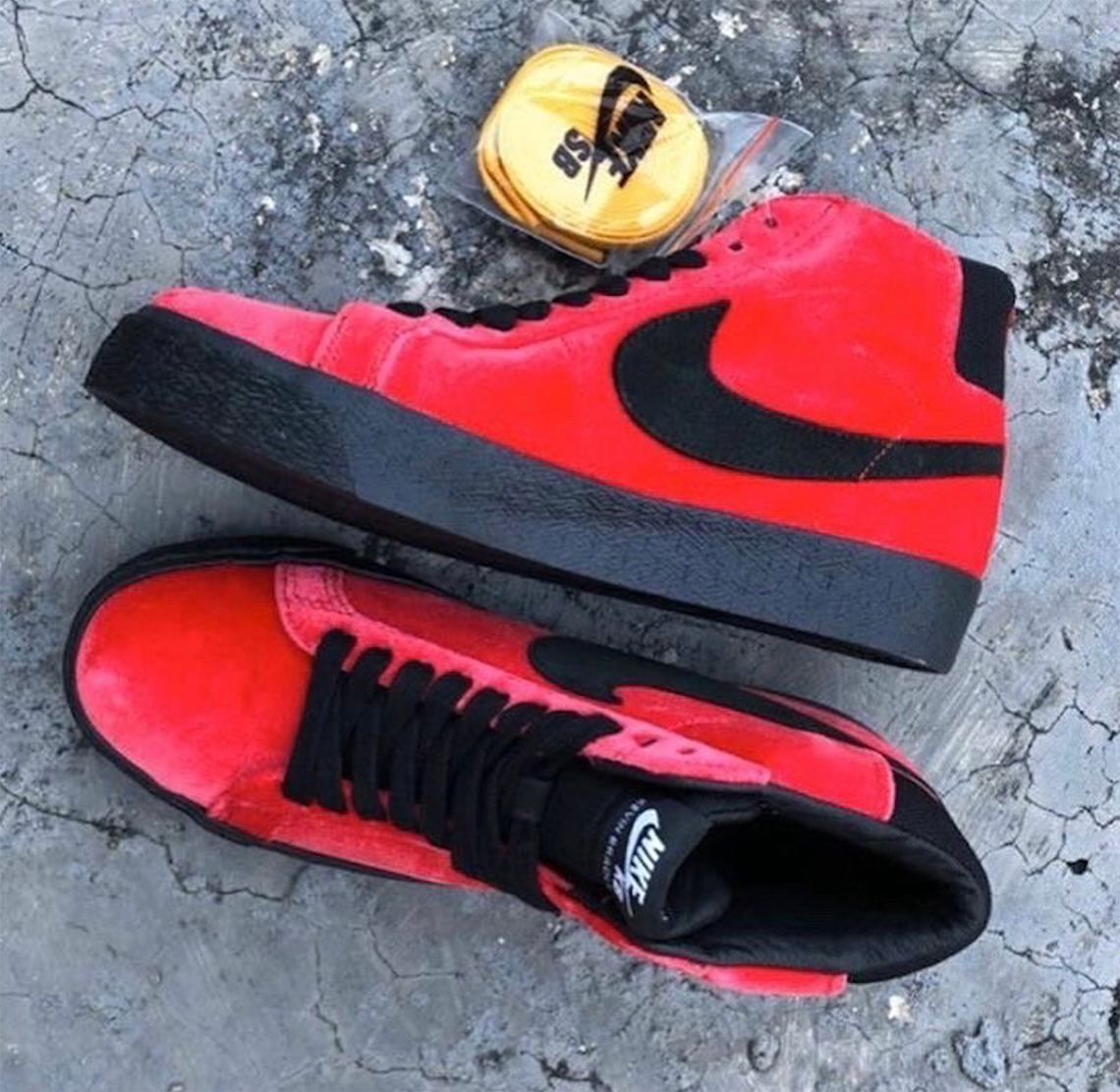 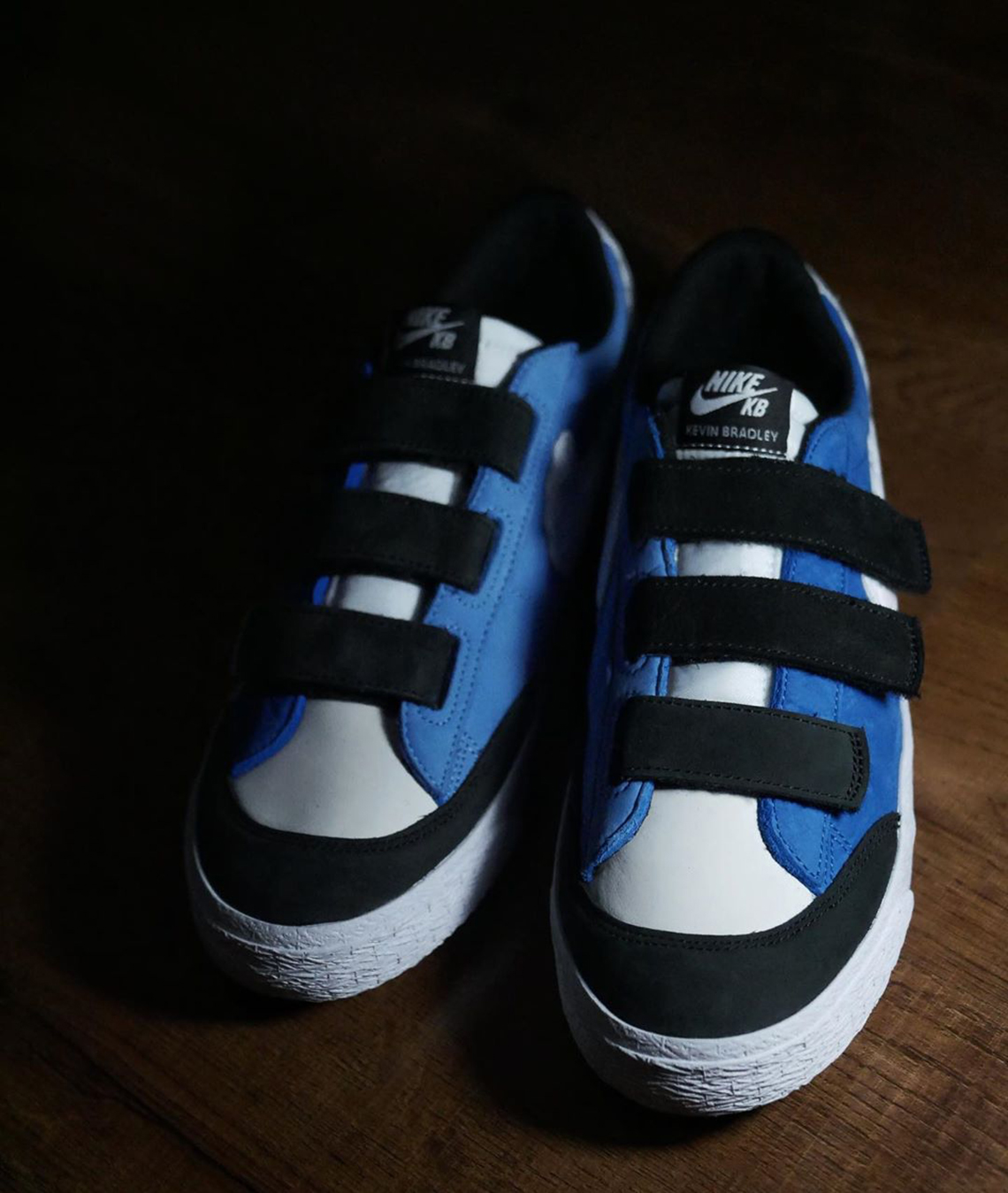 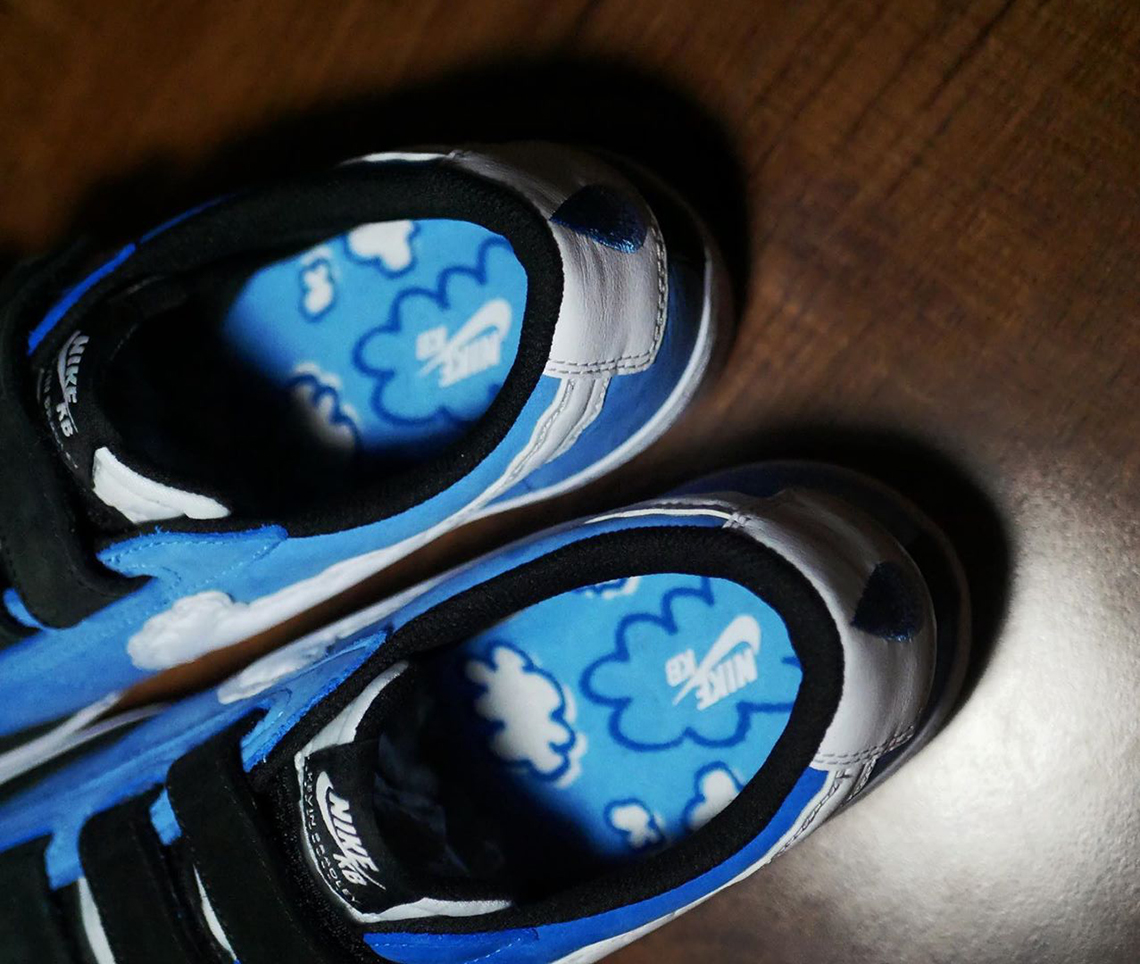 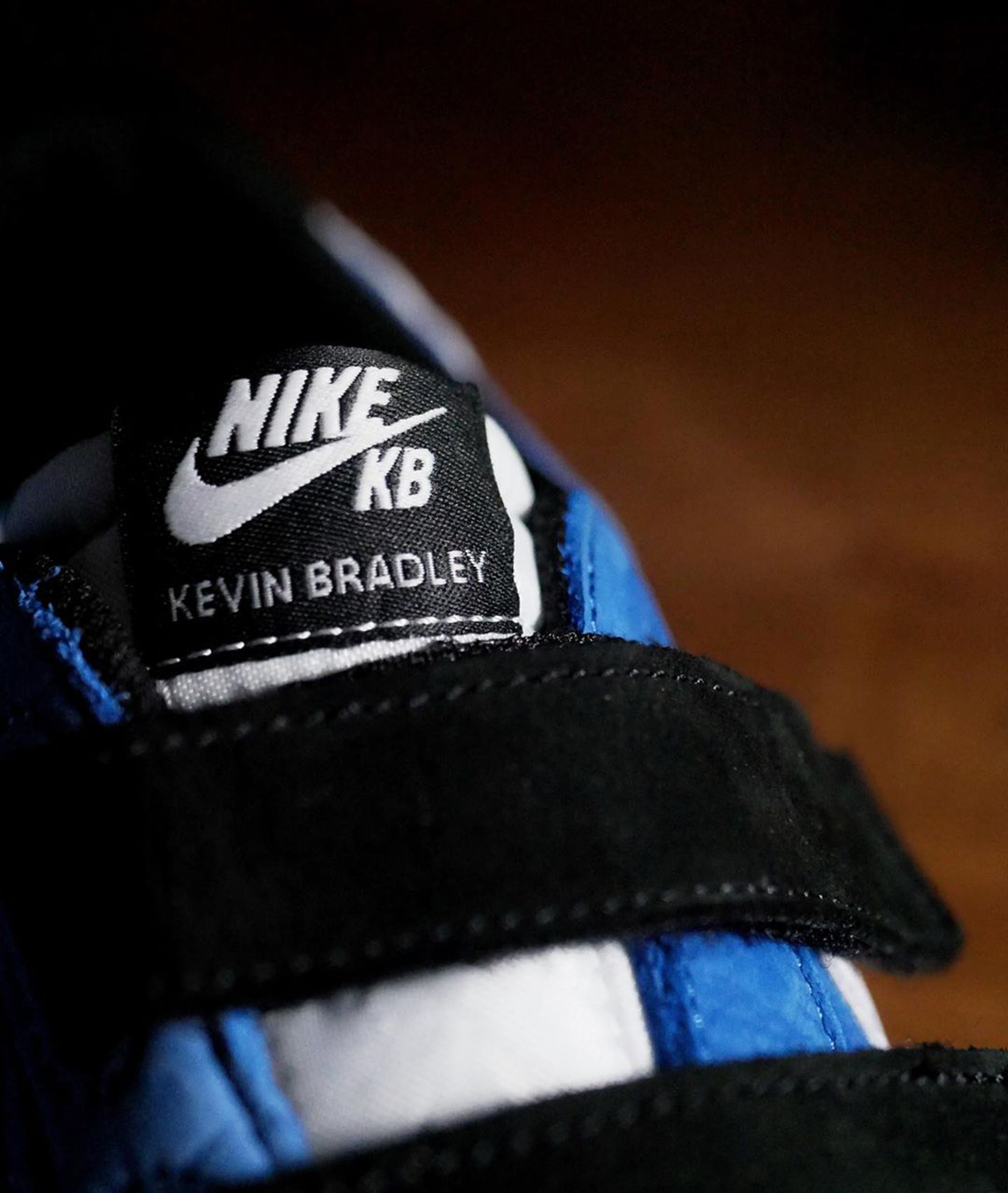