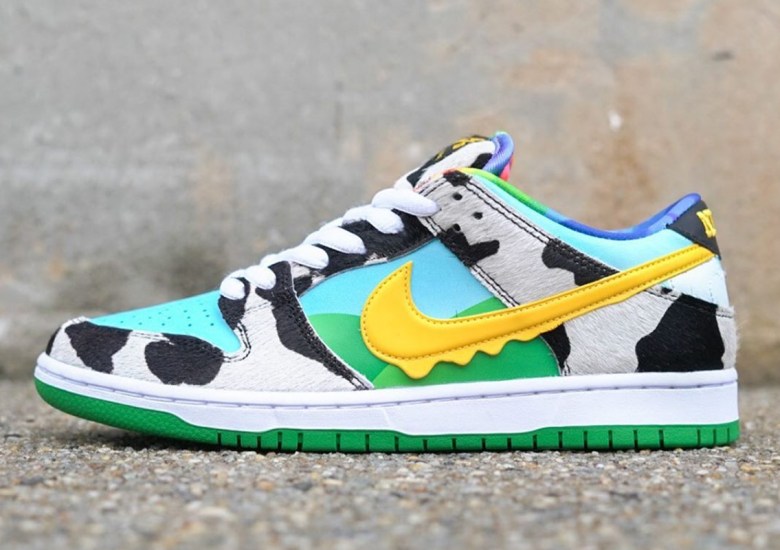 In the past few years, the food industry has become increasingly invested in the world of sneaker culture, with notables the likes of Arizona Iced Tea and TWIX taking part by way of their own collaborative creations. And even though the beverage company and adidas shut down the streets of NYC with their inaugural release, it’s possible that ice cream purveyors Ben & Jerry’s will come on top alongside the veritably popular Nike SB imprint. Afforded the ever-alluring Dunk Low, the team have effectively turned the silhouette into one of their most popular flavors — the “Chunky Monkey” — giving the colorway itself a “Chunky Dunky” namesake to match. Hits of cow-patterned overlays reference the animal’s spot along the carton, while sky blue paneling and green fields paint the likeness of its backdrop; swooshes, which drip as if melting, paint yellow alongside the edge details and branding in nod to the banana ingredients. Vibrant all-over prints stretch green, blue, pink, purple, red, and orange onto the lining, matching some of the three available laces for a well-executed package. Grab a quick peek at the pair here, and if you’d like a set for yourself, they may be arriving later this Summer.

In other news, an Isle Skateboards Blazer Mid is coming soon, while the biggest drop of April, the Jordan 6 DMP, has just been revealed in official images. 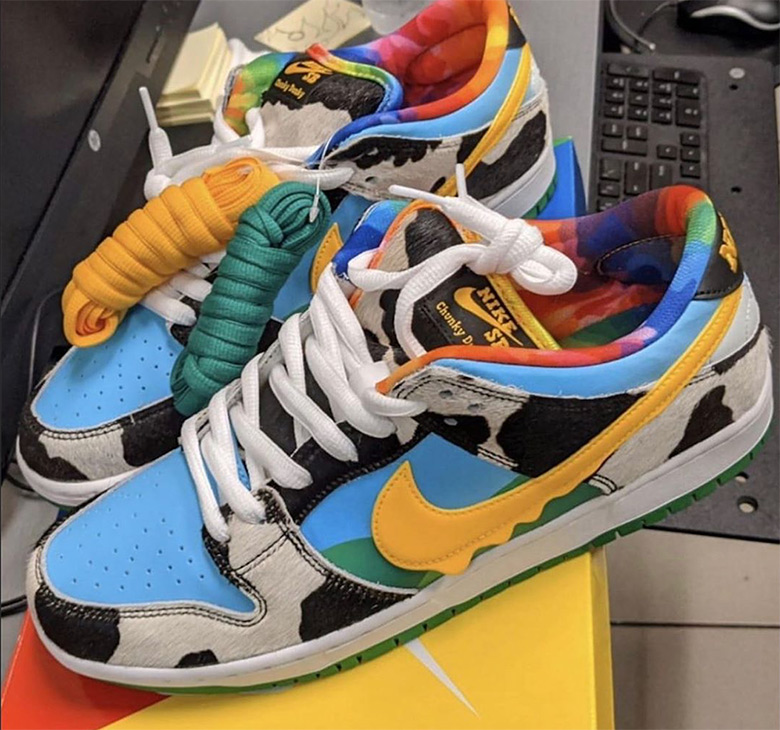 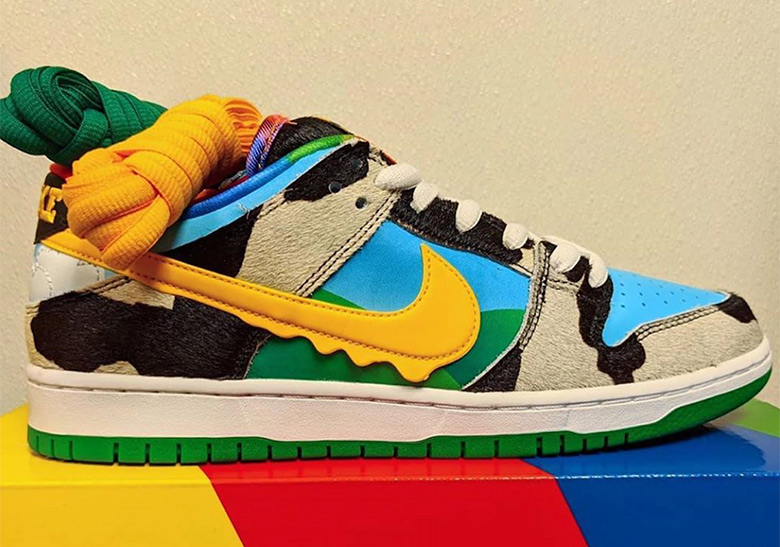 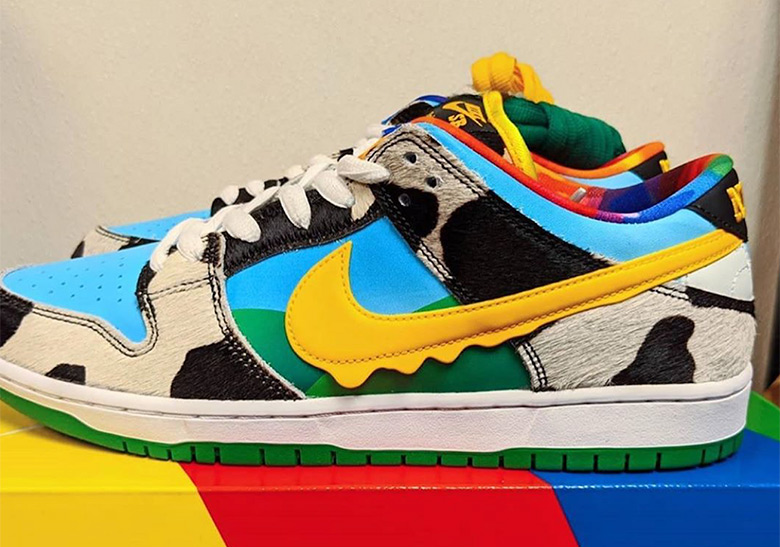 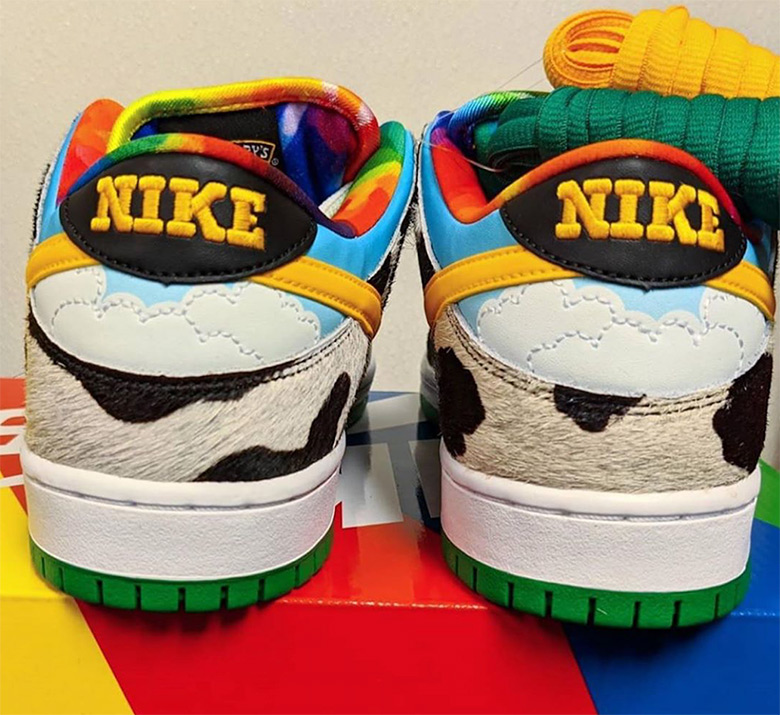 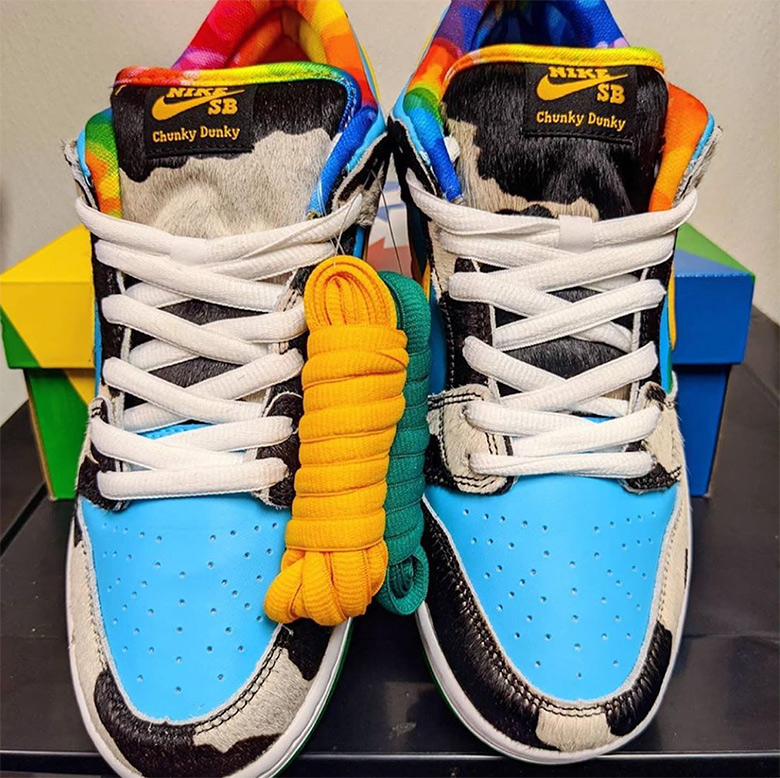