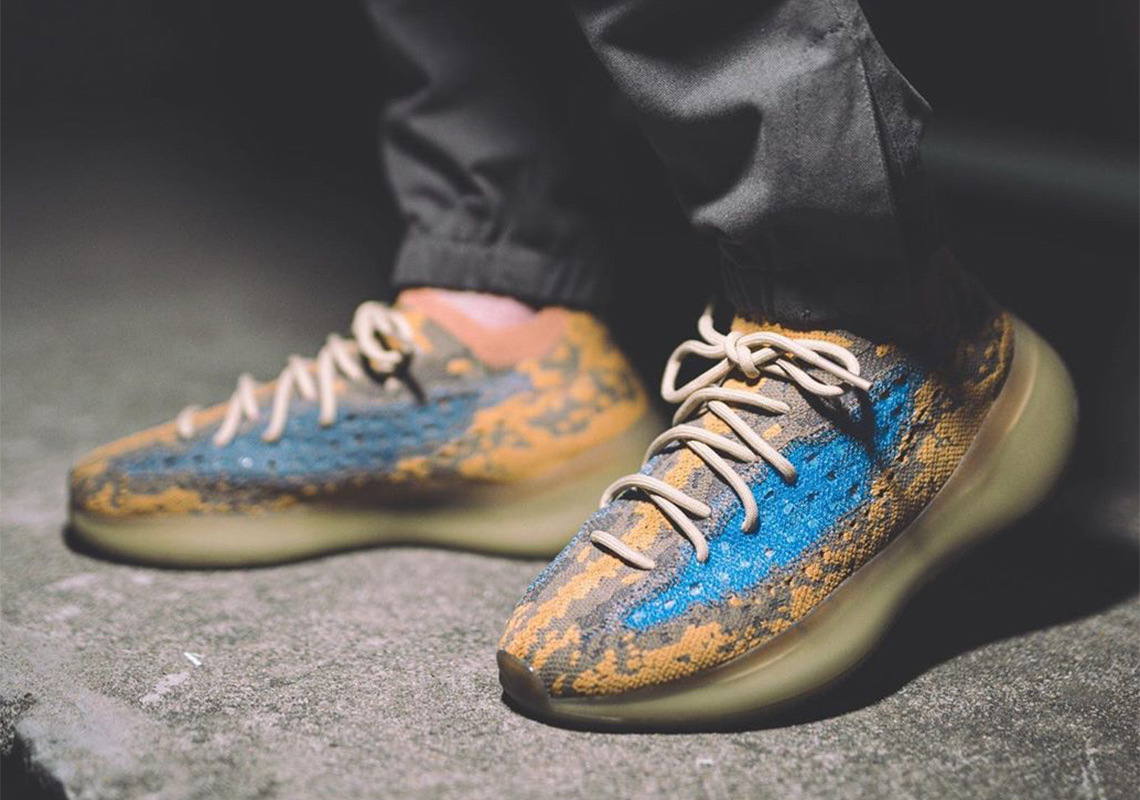 Aside from their mainstay Yeezy 350, Kanye West and the Three Stripes have several plans set in place to continue putting forth much of their energy towards their updated silhouettes. One of them being the Yeezy 380, and after last releasing in a neutral-toned “Mist” colorway last month, it’s looking to give its audience a much more adventurous makeover to lace up during the Summer season. Recently previewed via Kim Kardashian’s IG stories in full family sizes, the “Blue Oat” (originally believed to be called the “Bloarf”) colorway is easily the silhouette’s most wild arrangement to-date. Primeknit materials that comprise its upper from a dichotomy of cool and warm tones as a majority of its complexion comes as a blend between mustard yellow digi-camo graphics and reflective accents, which is then married up next to a potent mid-foot splash of oceanic blue. Elsewhere on these Yeezys almost adhere to a sort of desert-esque motif as the sock liners and mid-foot taping sees through to a sandy beige hue, while the midsoles are dialed to a light olive tint. Be on the lookout for them to drop on adidas.com and at select retailers sometime in July for $230, and stay tuned as we receive more info regarding its official release date.

In other news, the Yeezy 350 Linens are dropping this weekend. 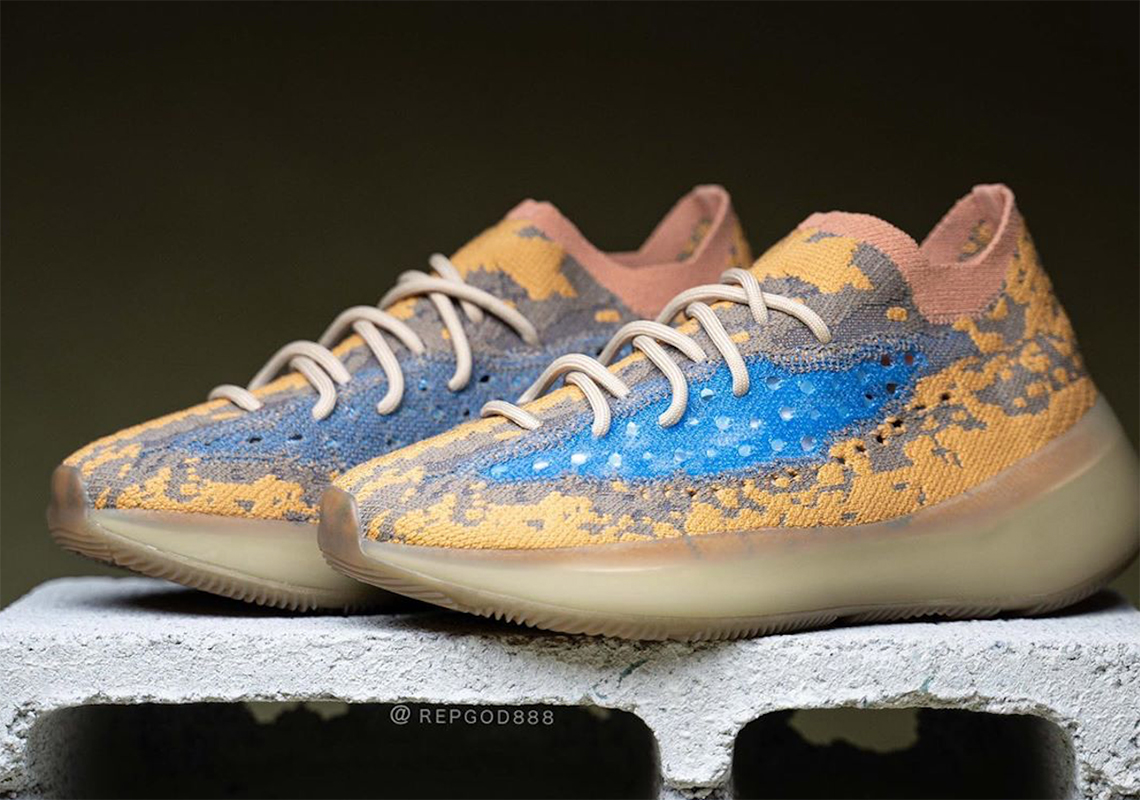 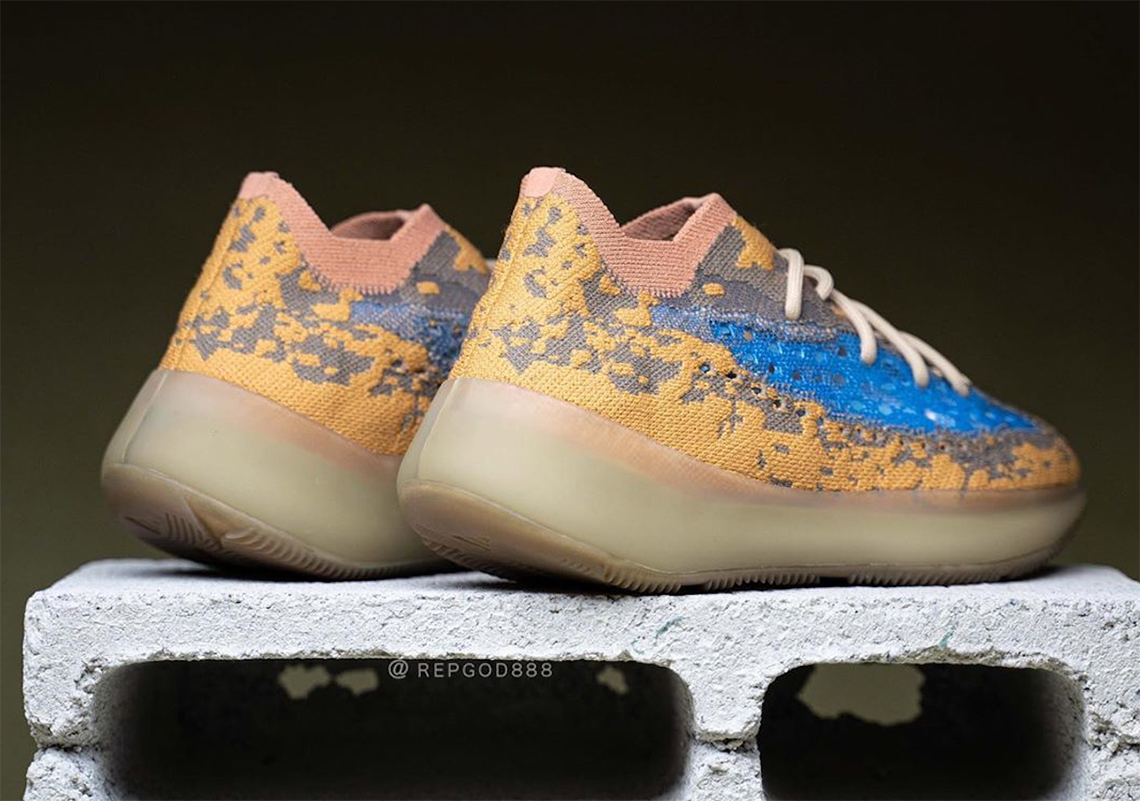 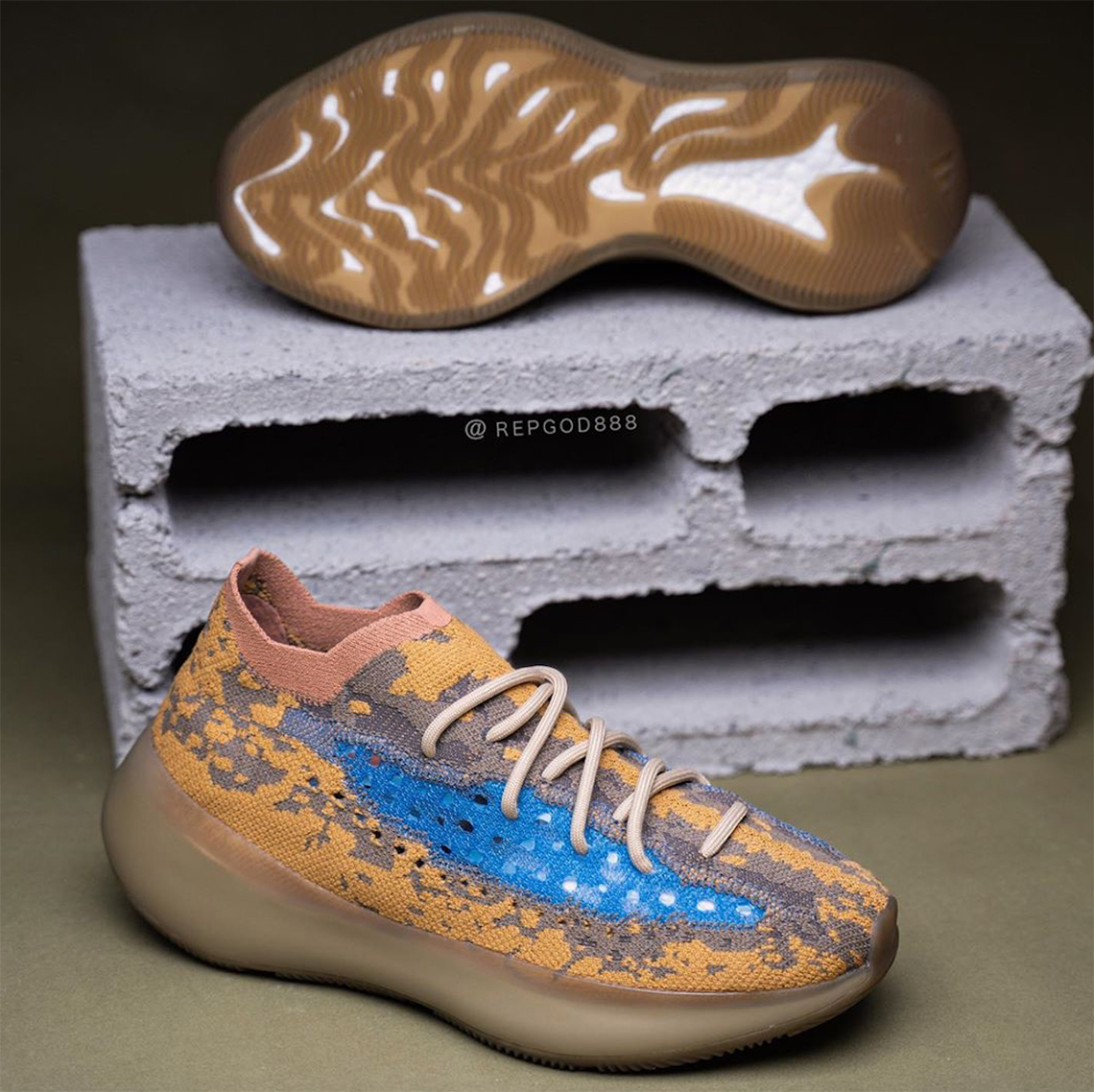 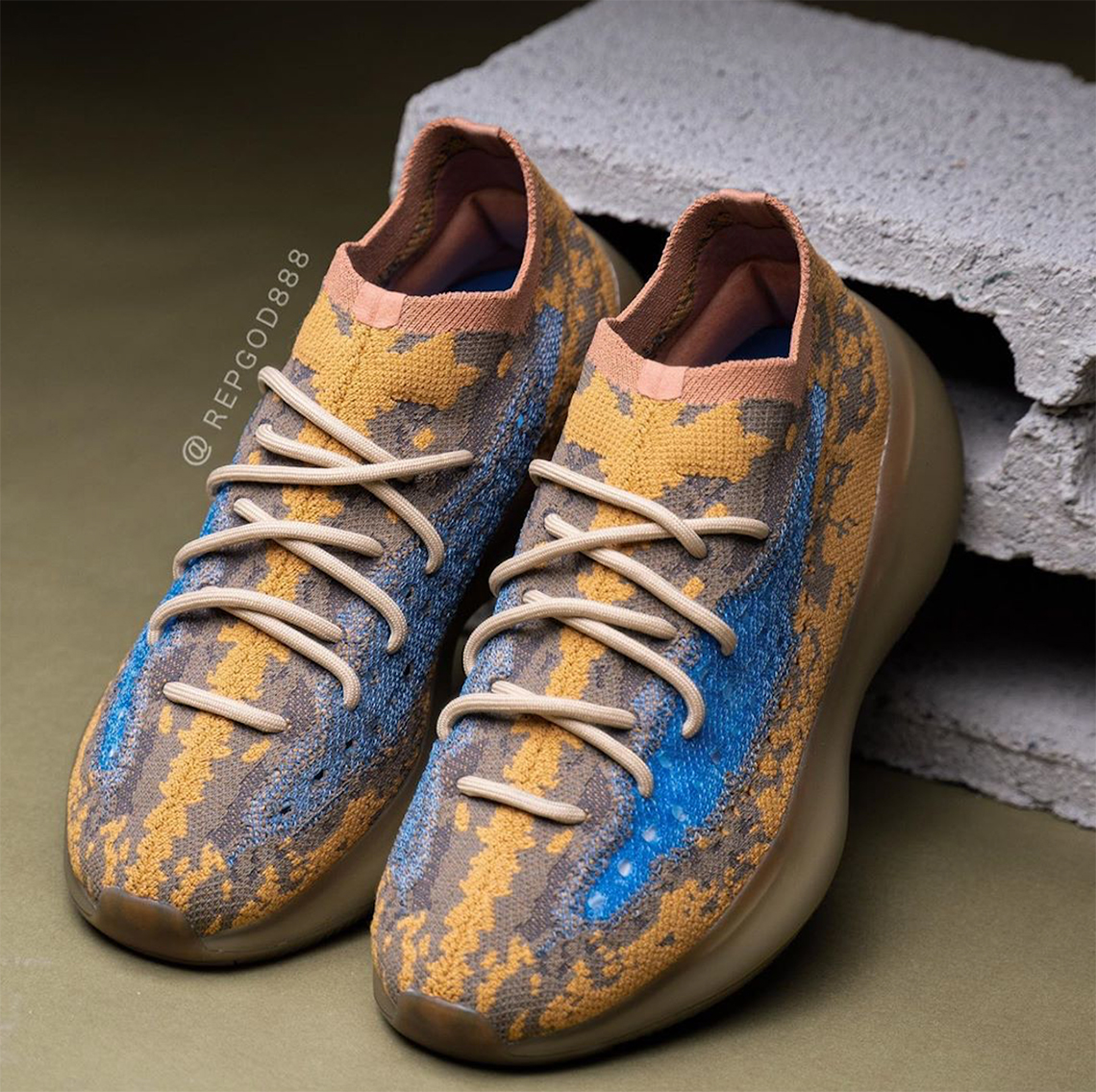 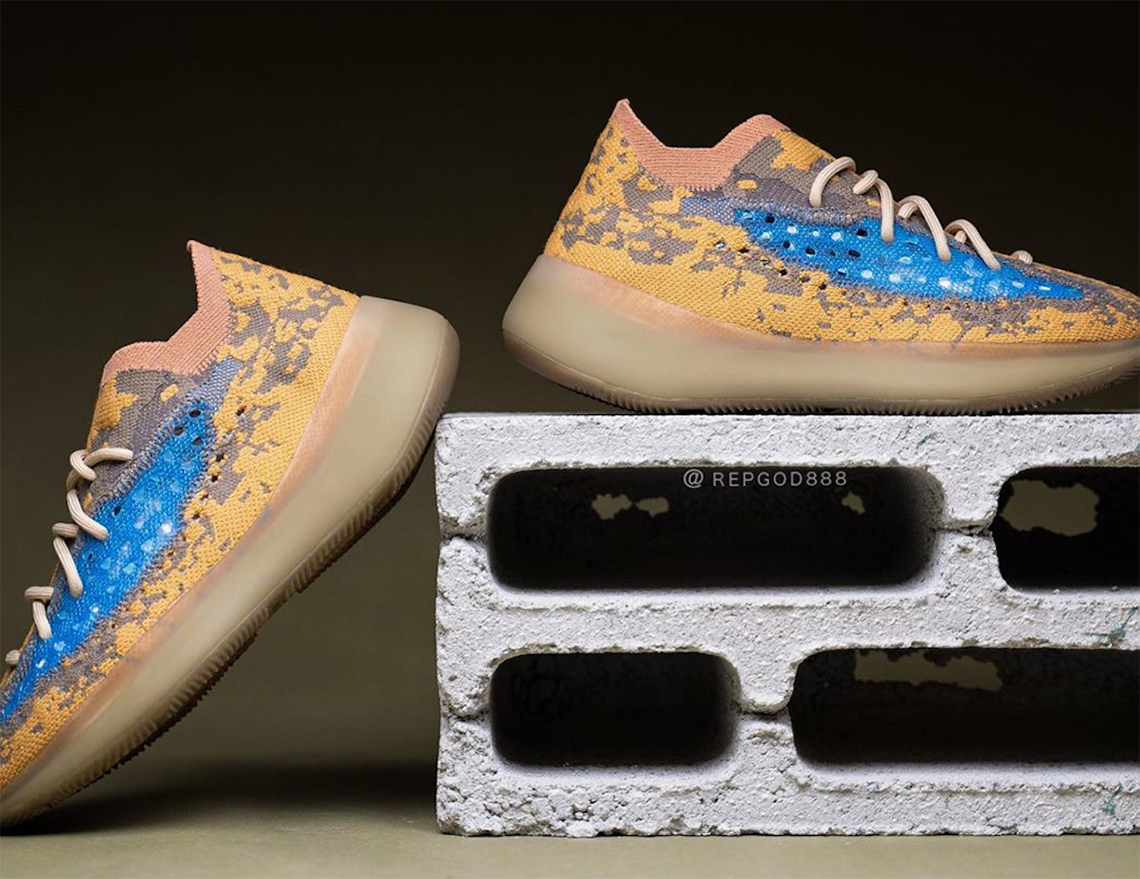 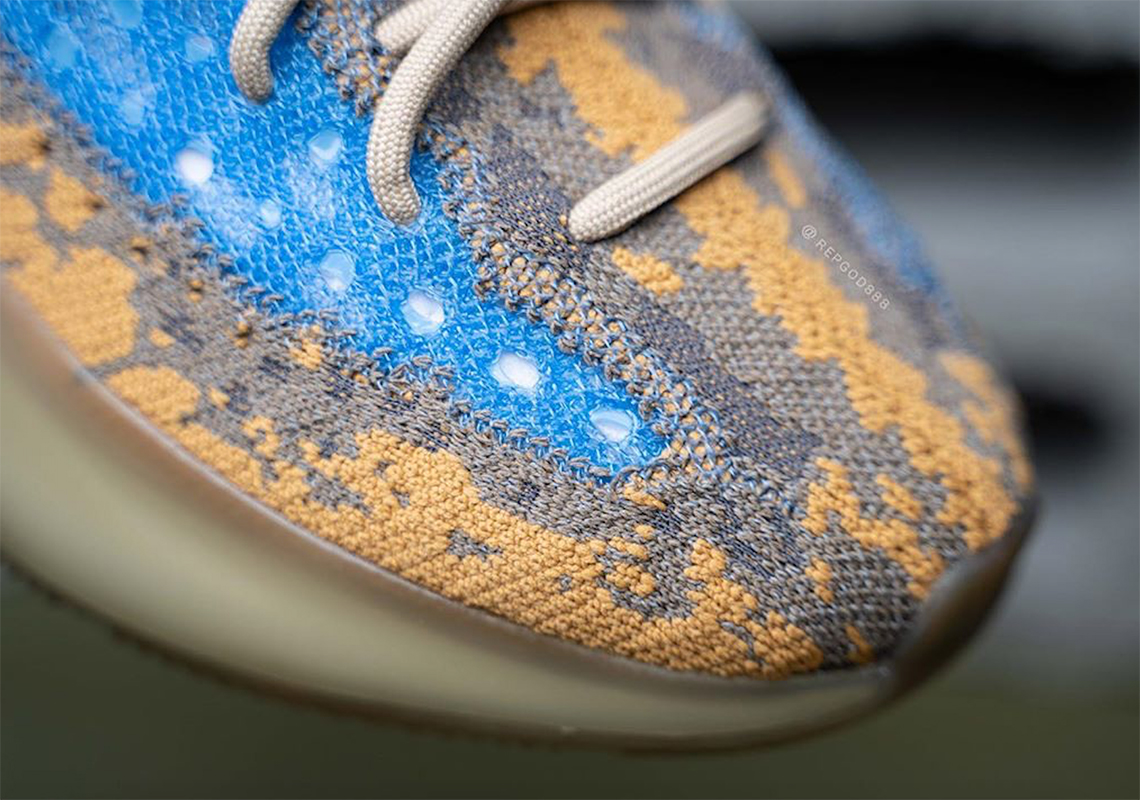 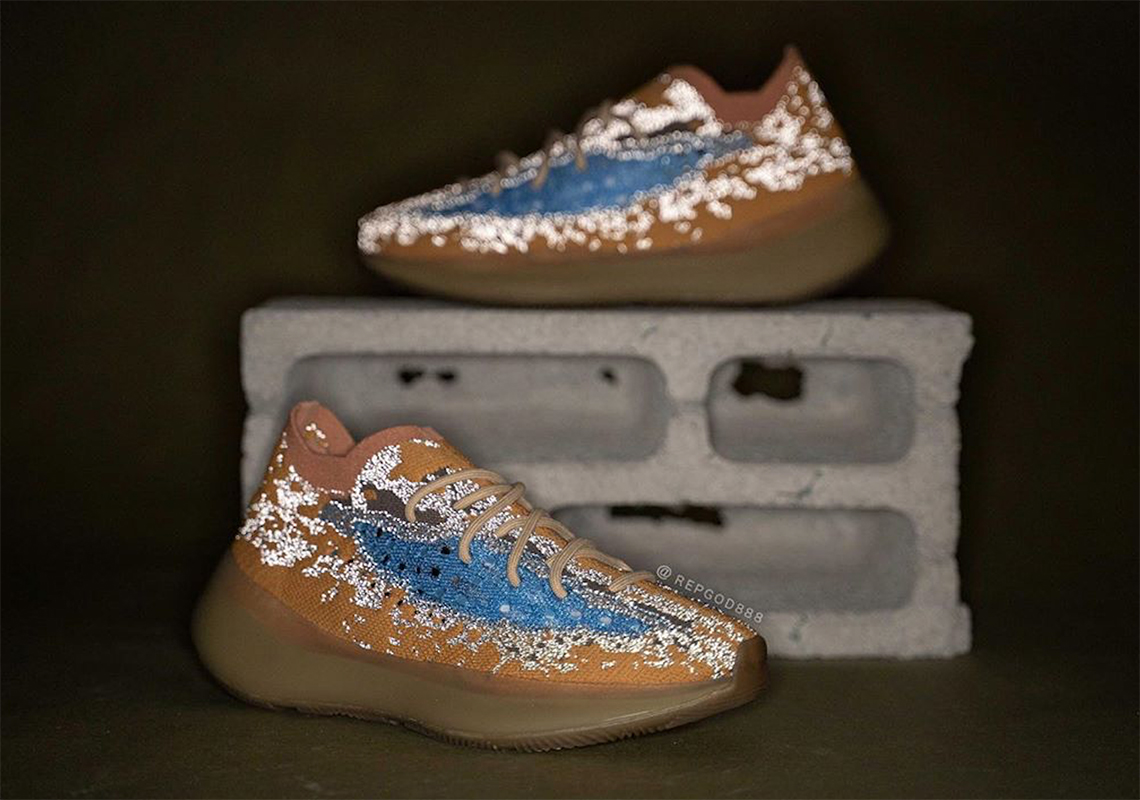 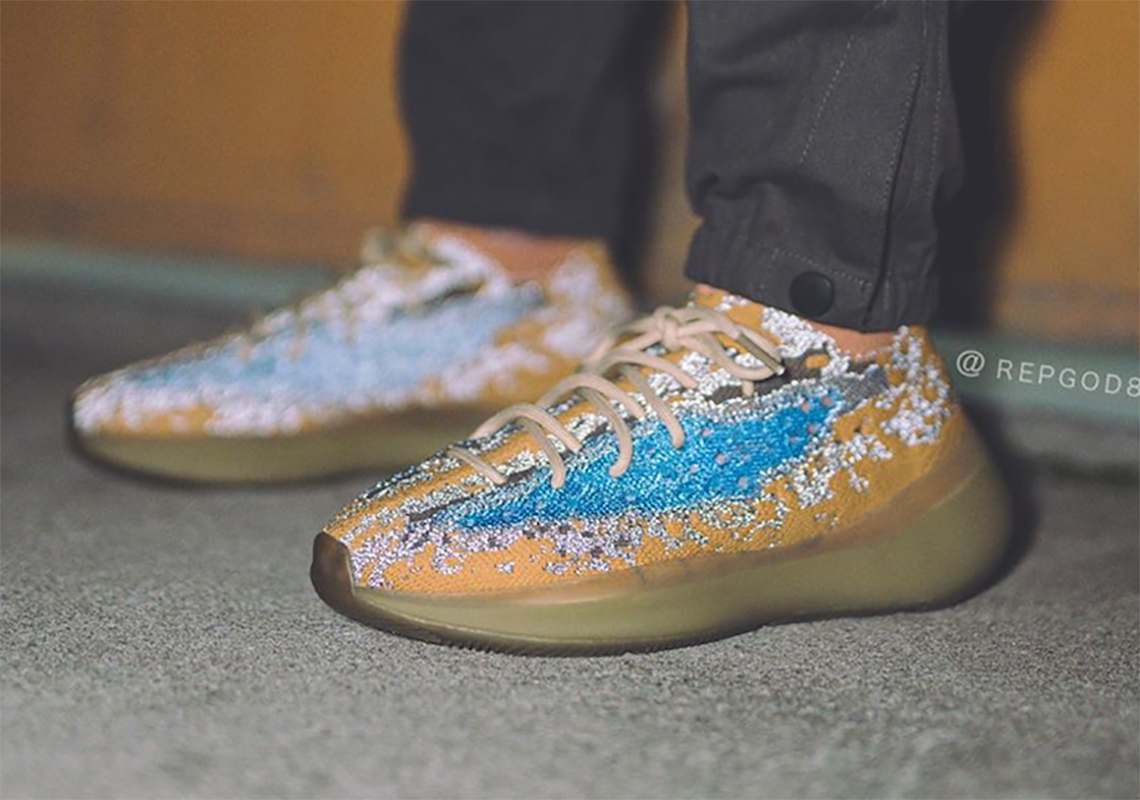