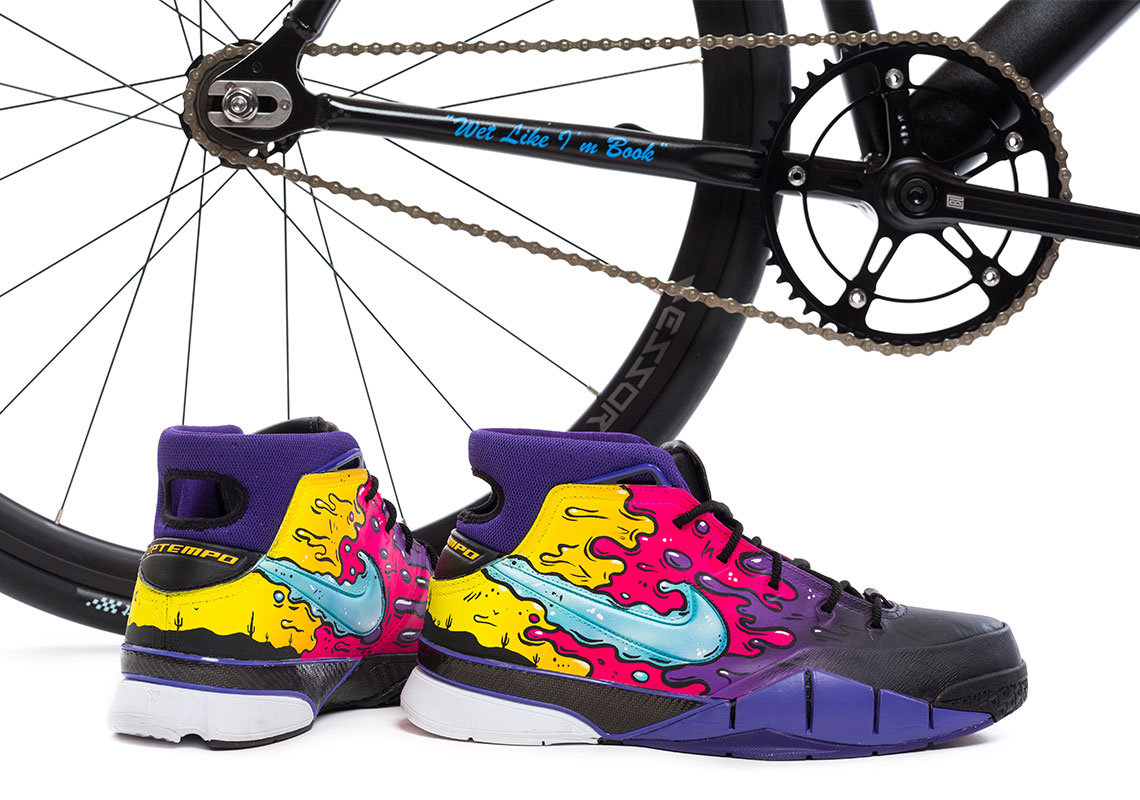 Phoenix Suns guard Devin Booker has arguably become one of the more exciting sneaker enthusiasts in the NBA. During this past All-Star Weekend, the 23-year-old gave the world a first look at the Kentucky Dunk Low that dropped March 14th. And over his five seasons in the league, Booker has also made footwear fans jealous with his Player Exclusive (PE) Nike Kobe 1 Proto models. Adding yet more fuel to the envy fire, the Michigan native now owns another one-of-a-kind Kobe Proto 1 created by custom show artist Ninjasaurus.

The “Black” and “Varsity Purple” pair is animated by a liquid-style neon arrangement inspired by Drake’s “Wet like I’m Book” shoutout on Travis Scott’s “Sicko Mode.” The “drip/wet” concept is best captured by the light blue profile Swooshes. Adding yet another special touch to this custom project, Ninjasaurus has designed a matching 6061 Black Label Fixie from Arizona-based State Bicycle Co.

Although its extremely unlikely that this Kobe Proto and bike duo will ever see a retail launch, you can enjoy photos of each here below.

For non-custom news from under the Swoosh umbrella, check out the Nike SB Dunk High 420 set to launch April 20th. 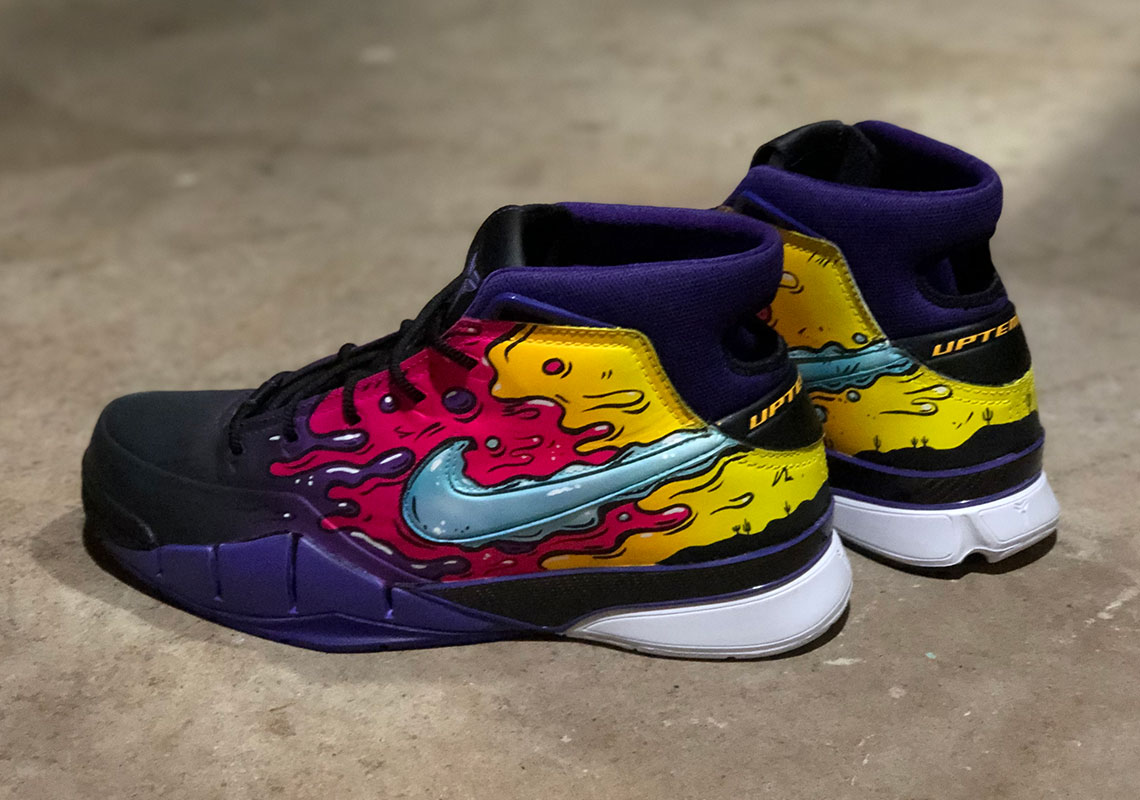 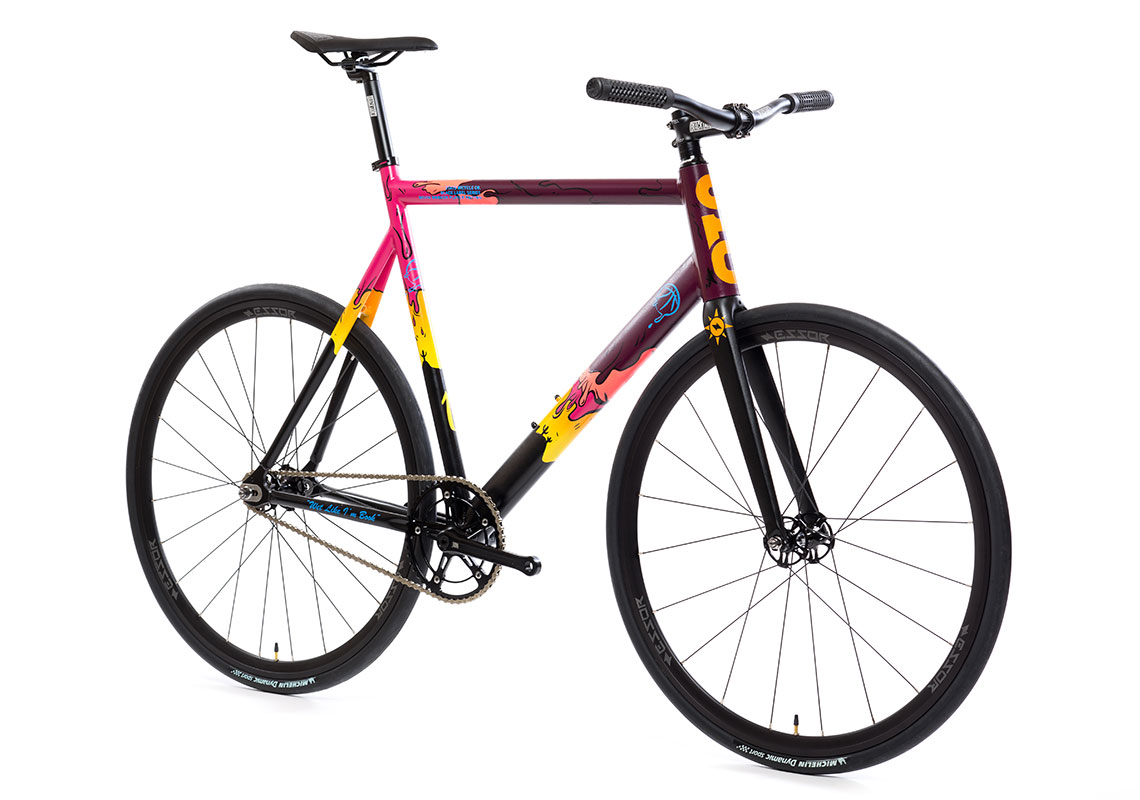 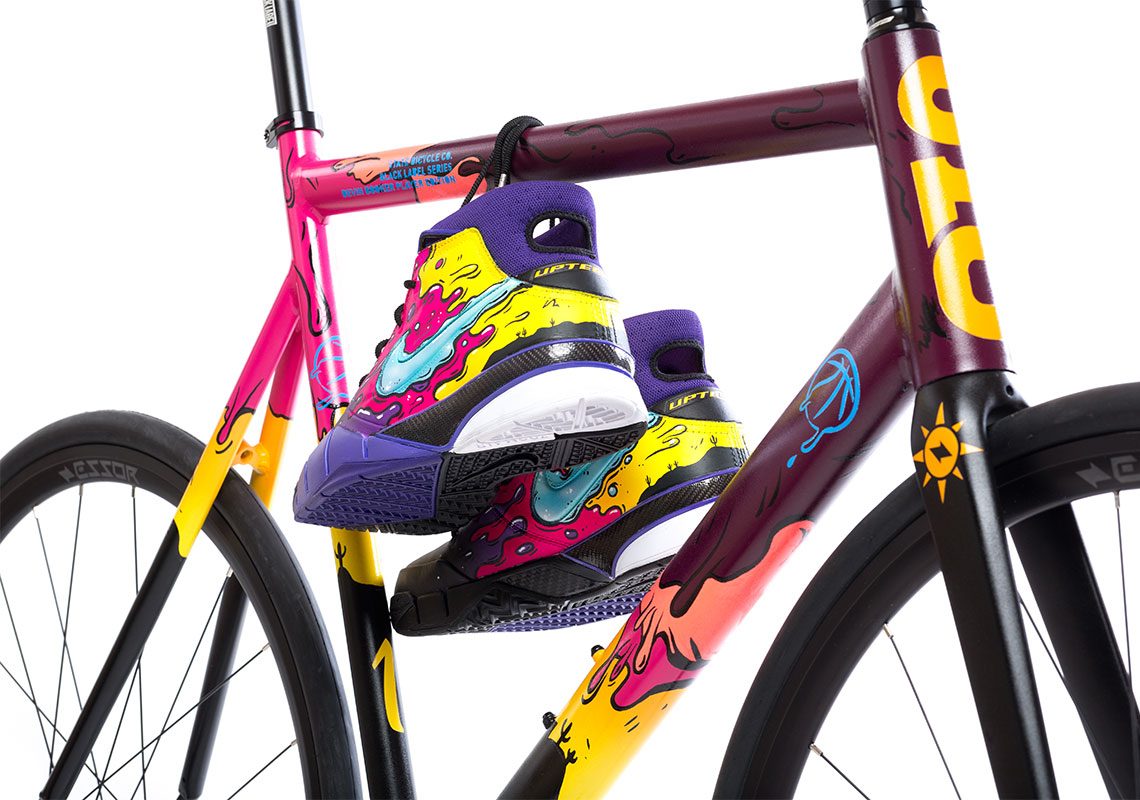 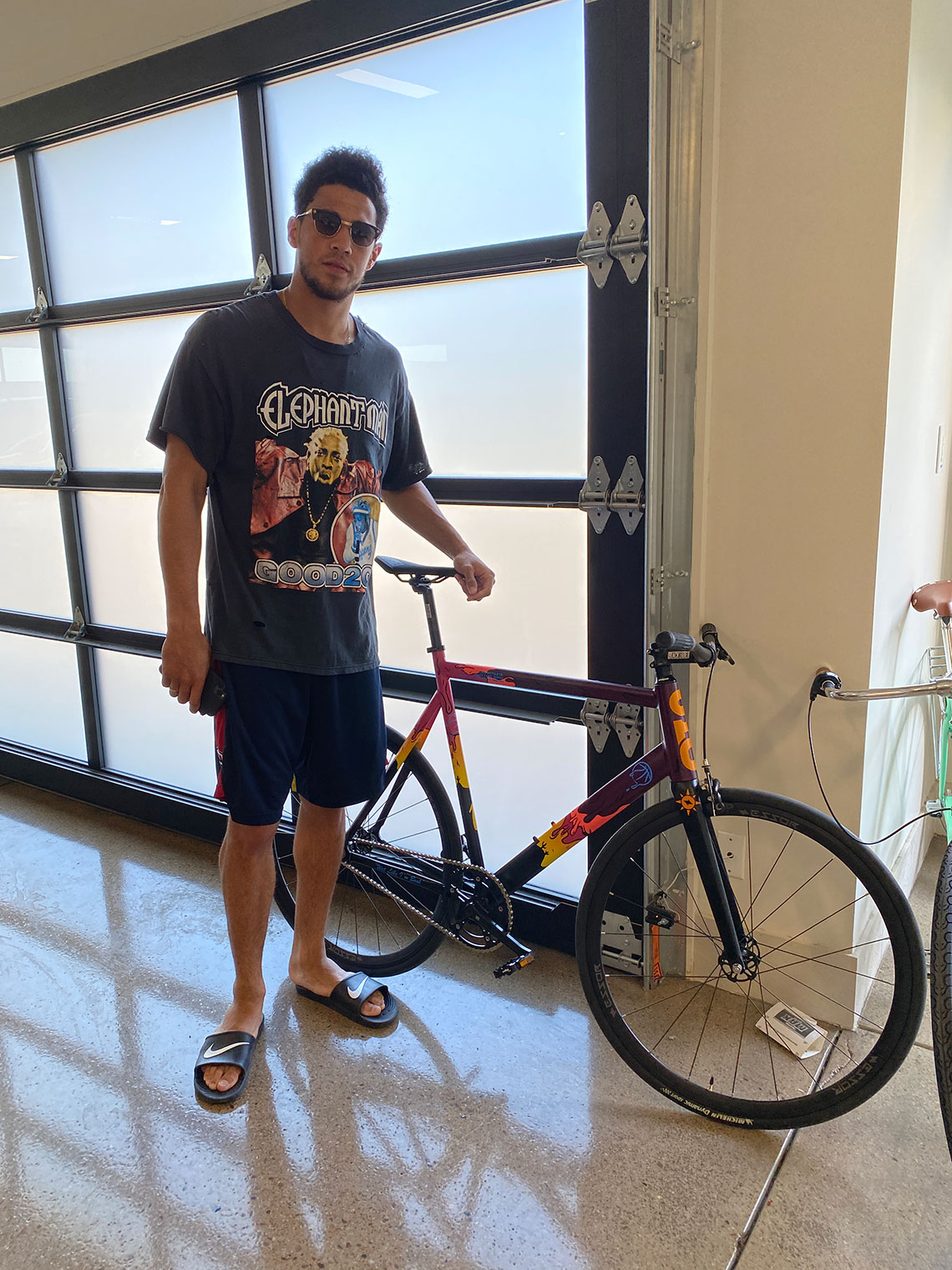