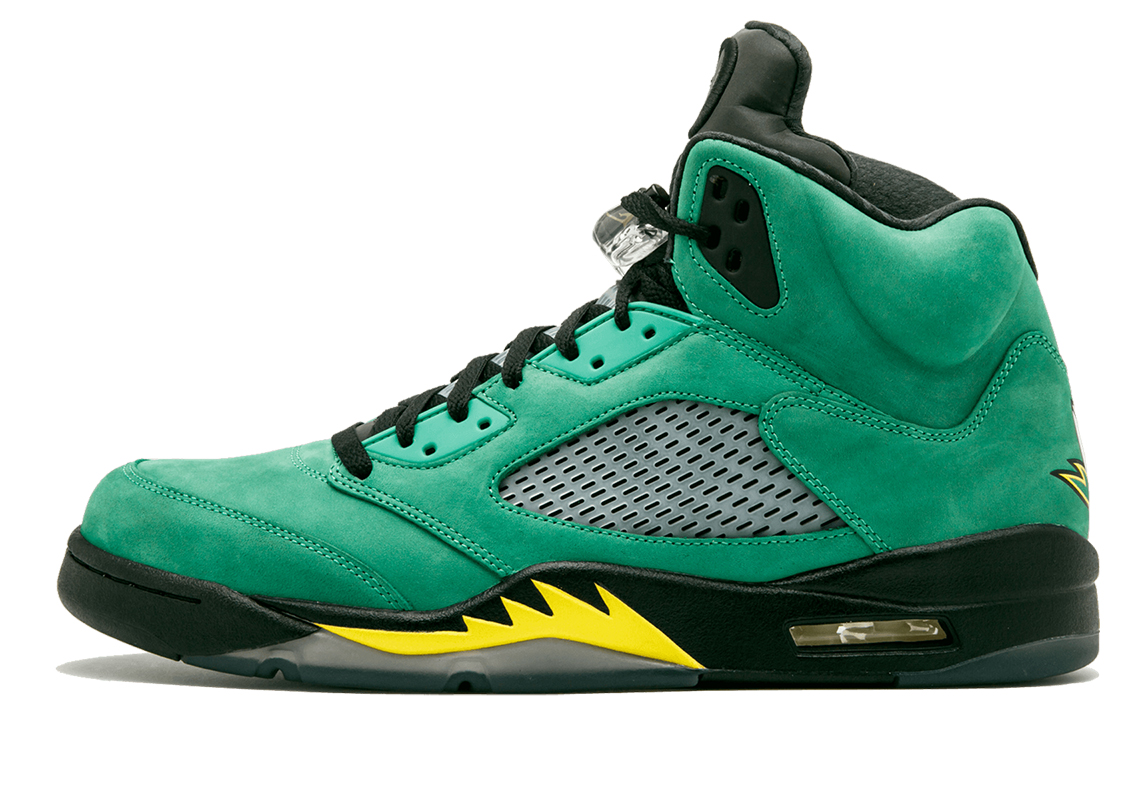 Building off of the momentum garnered by its surprise “Fire Red” drop that coincided with the debut of MJ’s documentary last night, the Air Jordan 5 is back in the headlines today revealing another one of its plans slated to arrive this Fall. After designing the silhouette with Michigan-esque colors last year, Beaverton is once again bringing that collegiate spirit back to the forefront by adhering to the popular “Oregon” style color-blocking for its upcoming entry. While inspired by the popular PE from 2014, it’s more than likely that this impending rendition won’t feature any sort of branding tied to the Eugene-based university. Visually, they will be executed with similar hues involving “Apple Green” base constructions supported by “Yellow Strike” and black accents, but any type of Duck-related logos may be absent. Barring any changes, these are expected to release on Nike.com at at select retailers come September 12th for $225, so stay tuned as we receive more official images.

In other news, here’s a detailed look at the upcoming Satin Snake Air Jordan 1.