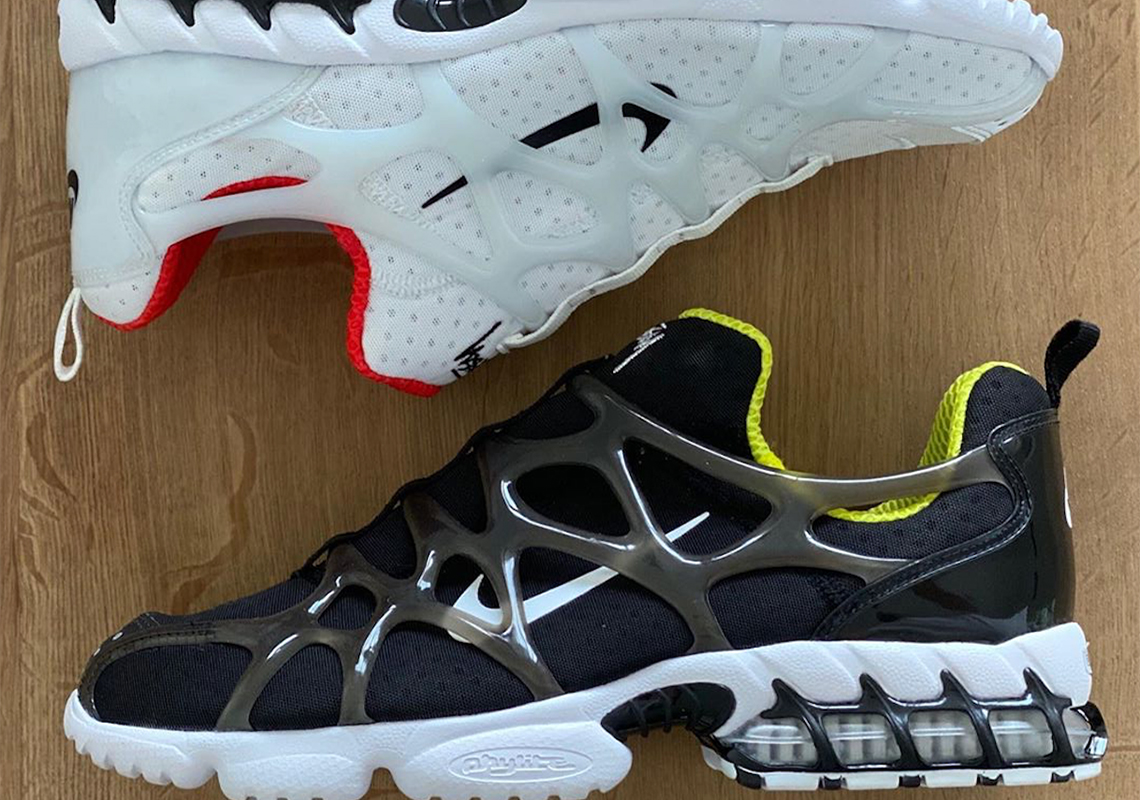 After taking a little over a year break from working together, Stussy and Nike decided 2020 was going to be the year they reunite to cook up more footwear collaborations for their fans. And after successfully selling out their Spiridon Cage collaborations a few weeks ago, the two parties are soon adding yet another chapter to their storied lineage, this time involving an all-new hybridized model. While the caged soles from their last project remain consistent, this new silhouette harks back to the year 2000 and revives the laceless upper constructions and web-style overlays from the classic Air Kukini. The sock-like uppers are modernized with subtle branding involving Swoosh hits on the side walls and heel regions, followed by the streetwear partner’s namesake stamped atop the tongues and rear treading. Two colorways including a black/green as well as white/red are expected to make their debut soon likely on Nike.com and at select retailers, so stay tuned to our page as we’ll be sure to update you with further information. In the meantime, enjoy a first look here below while you wait on their official release. 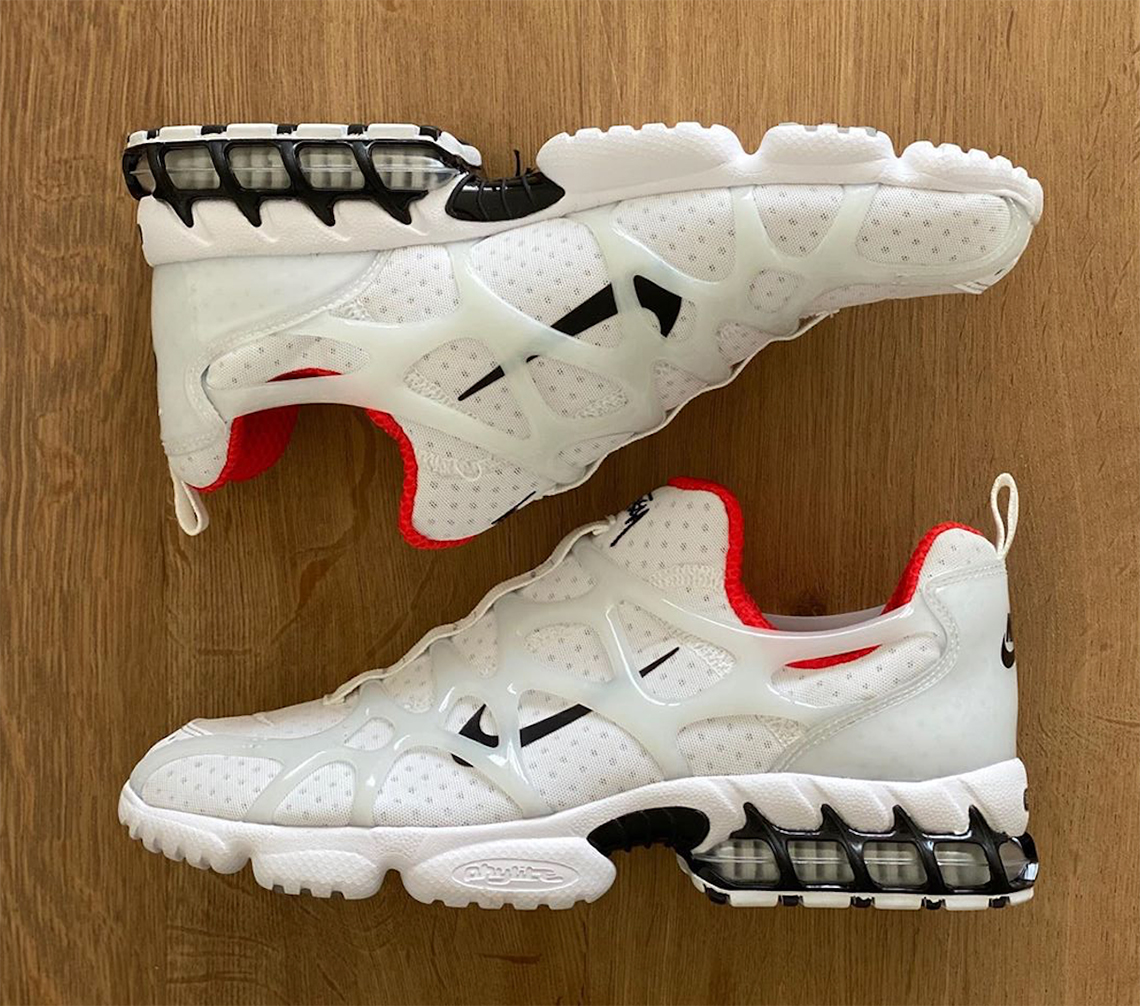 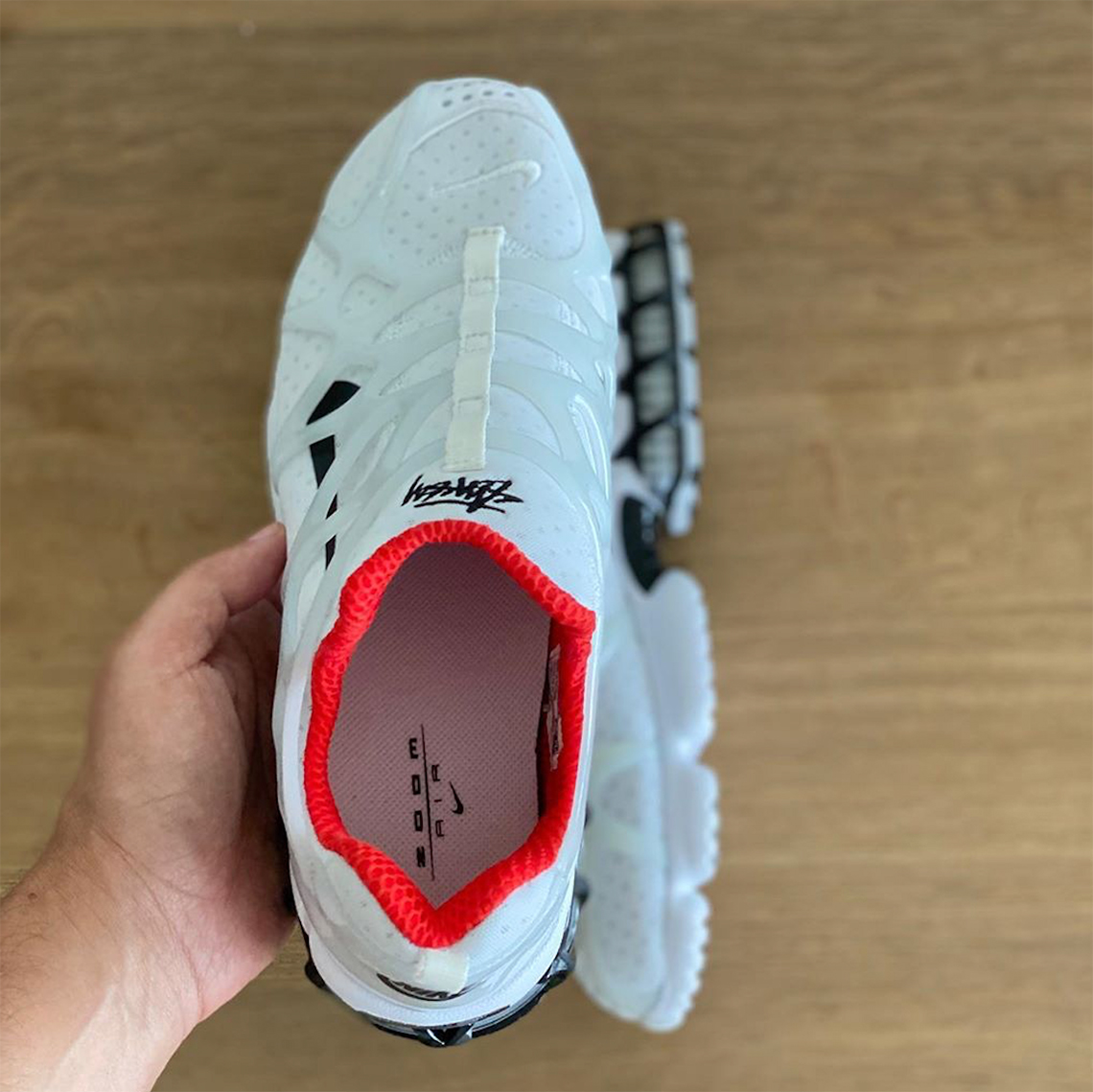 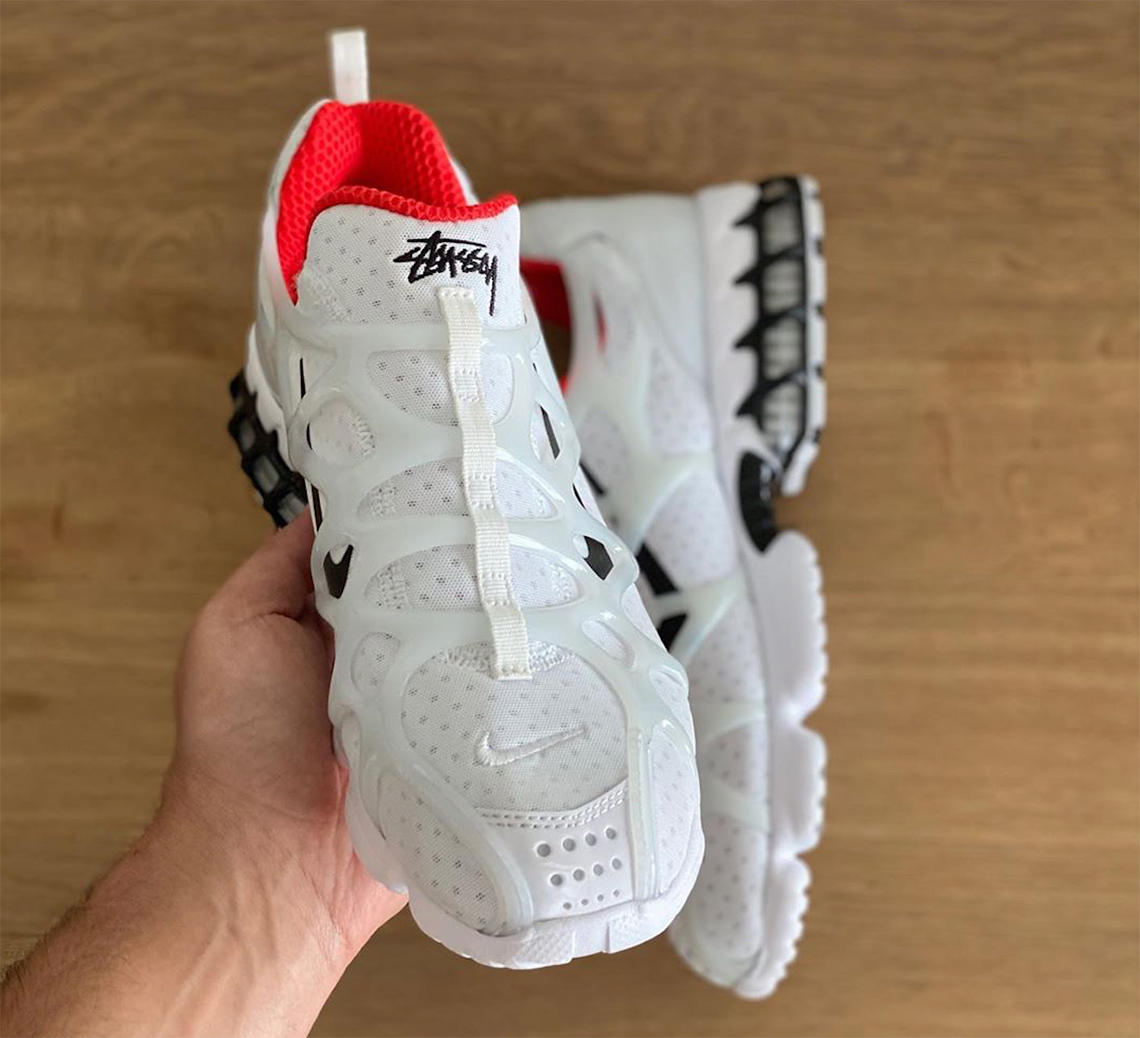 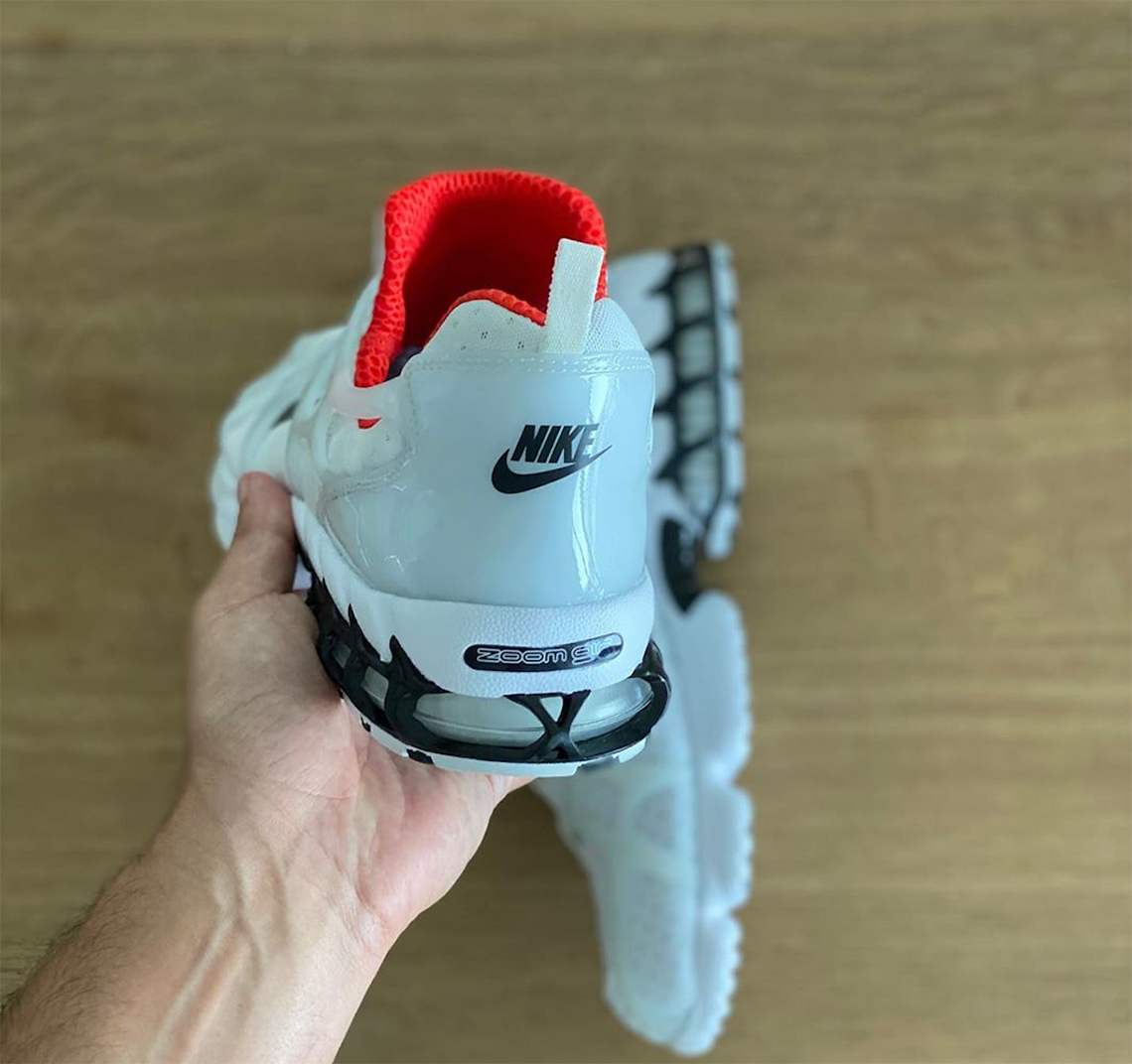 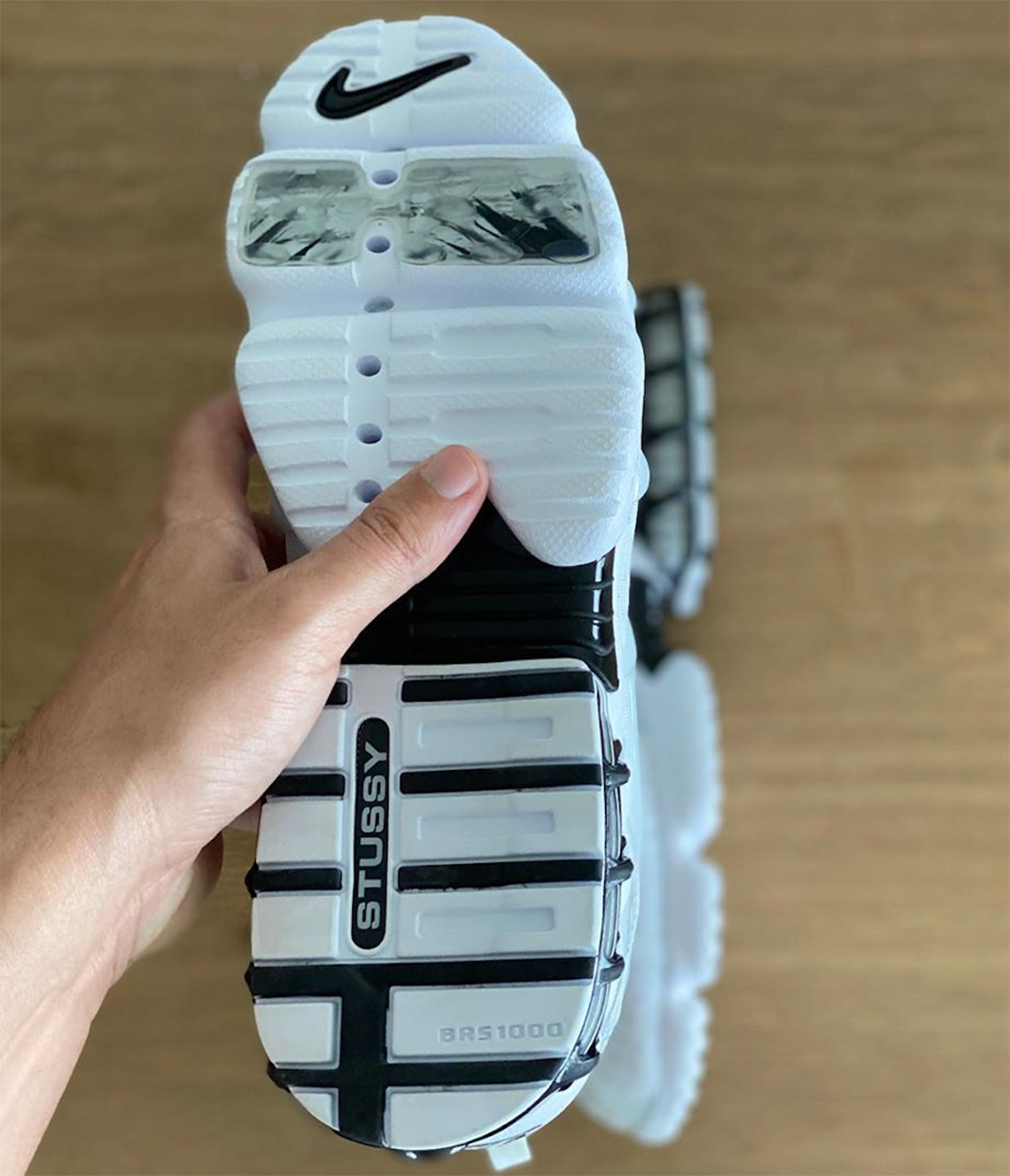 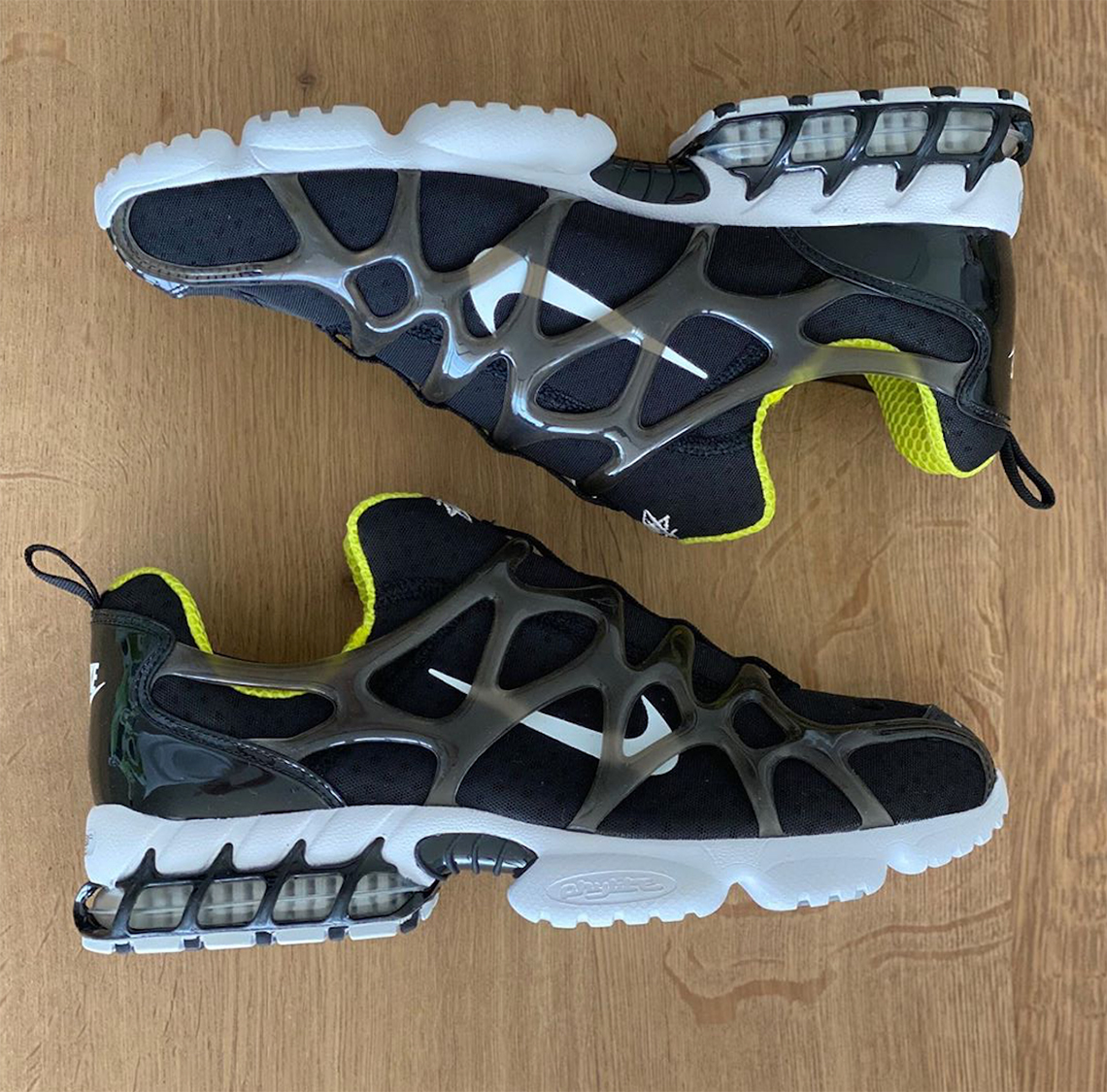 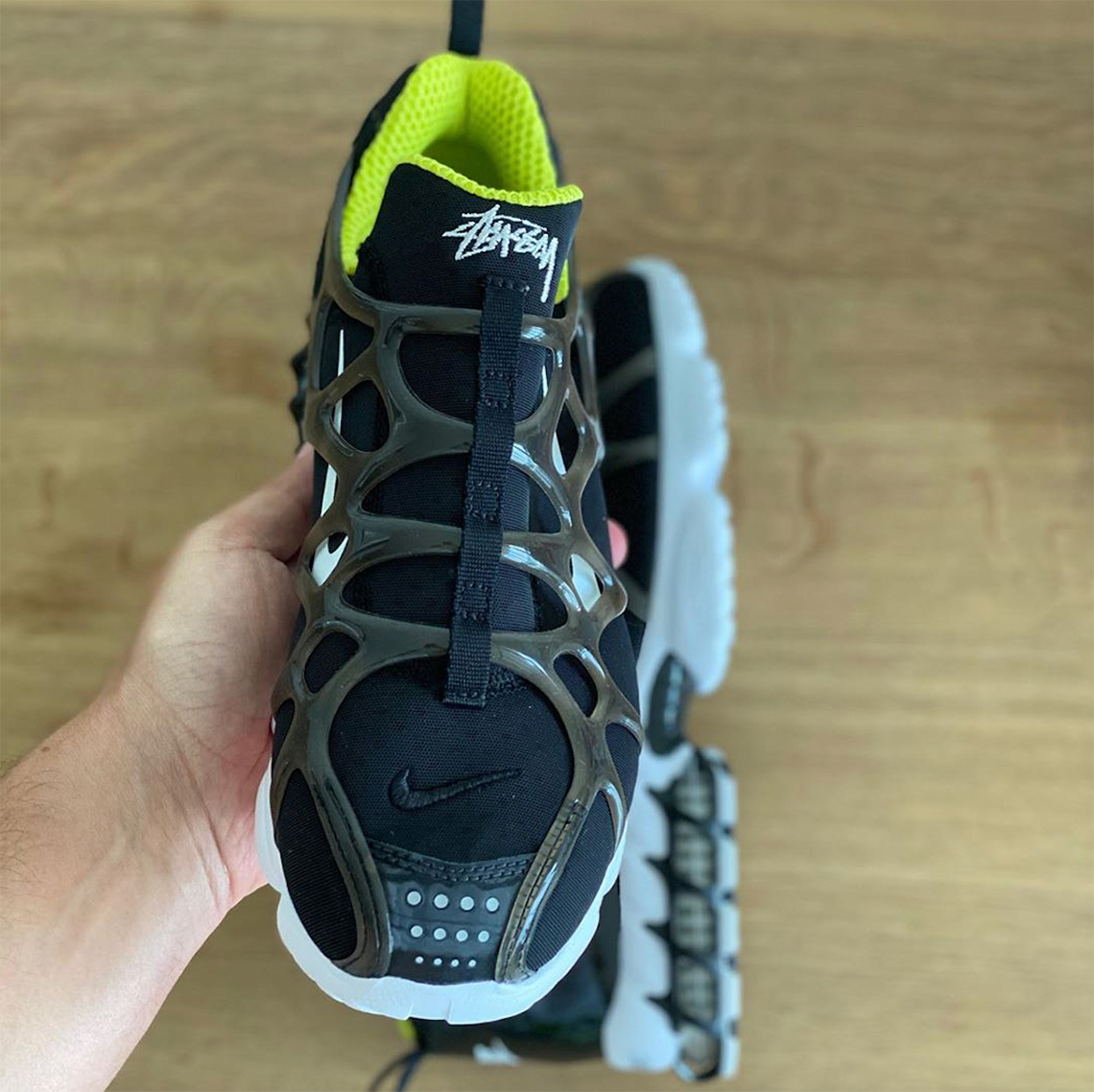 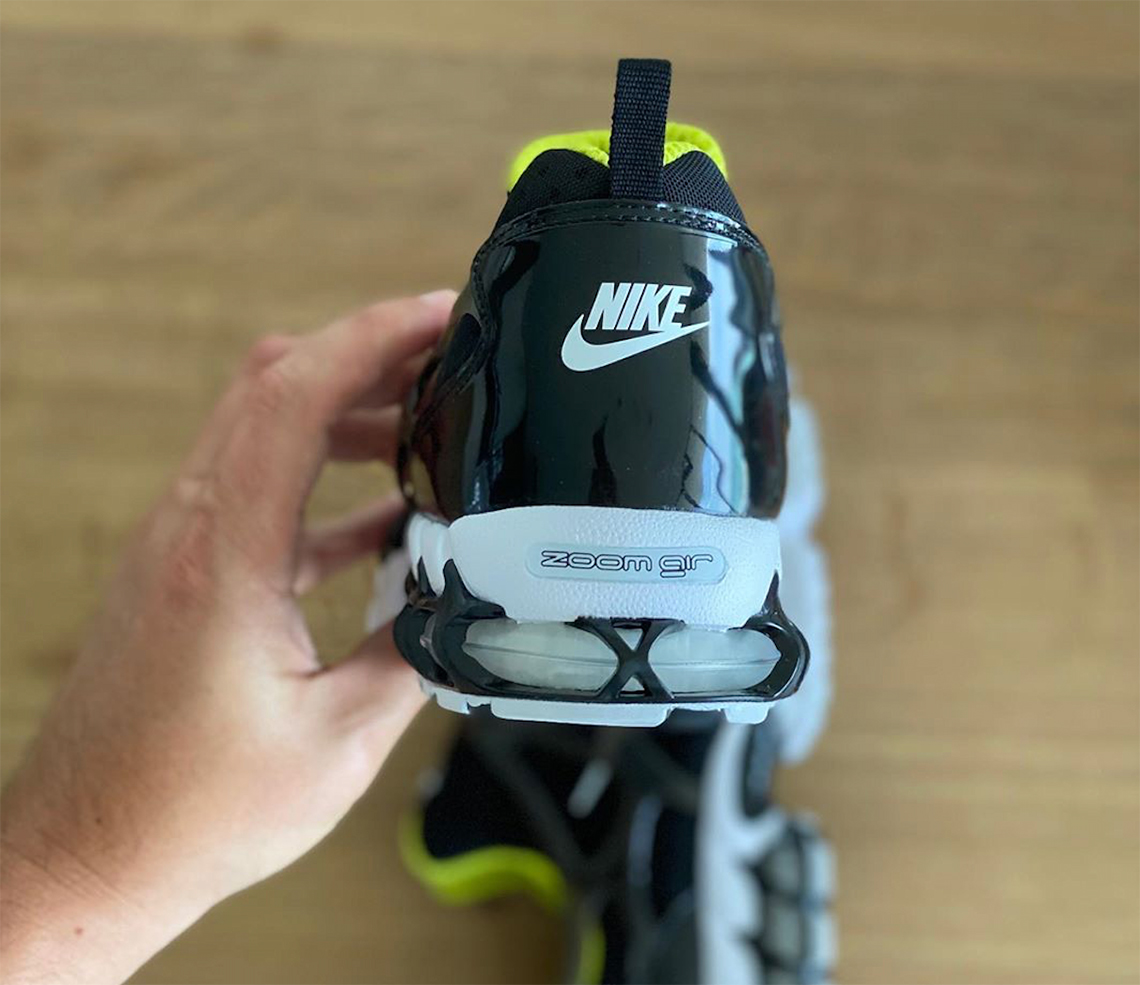 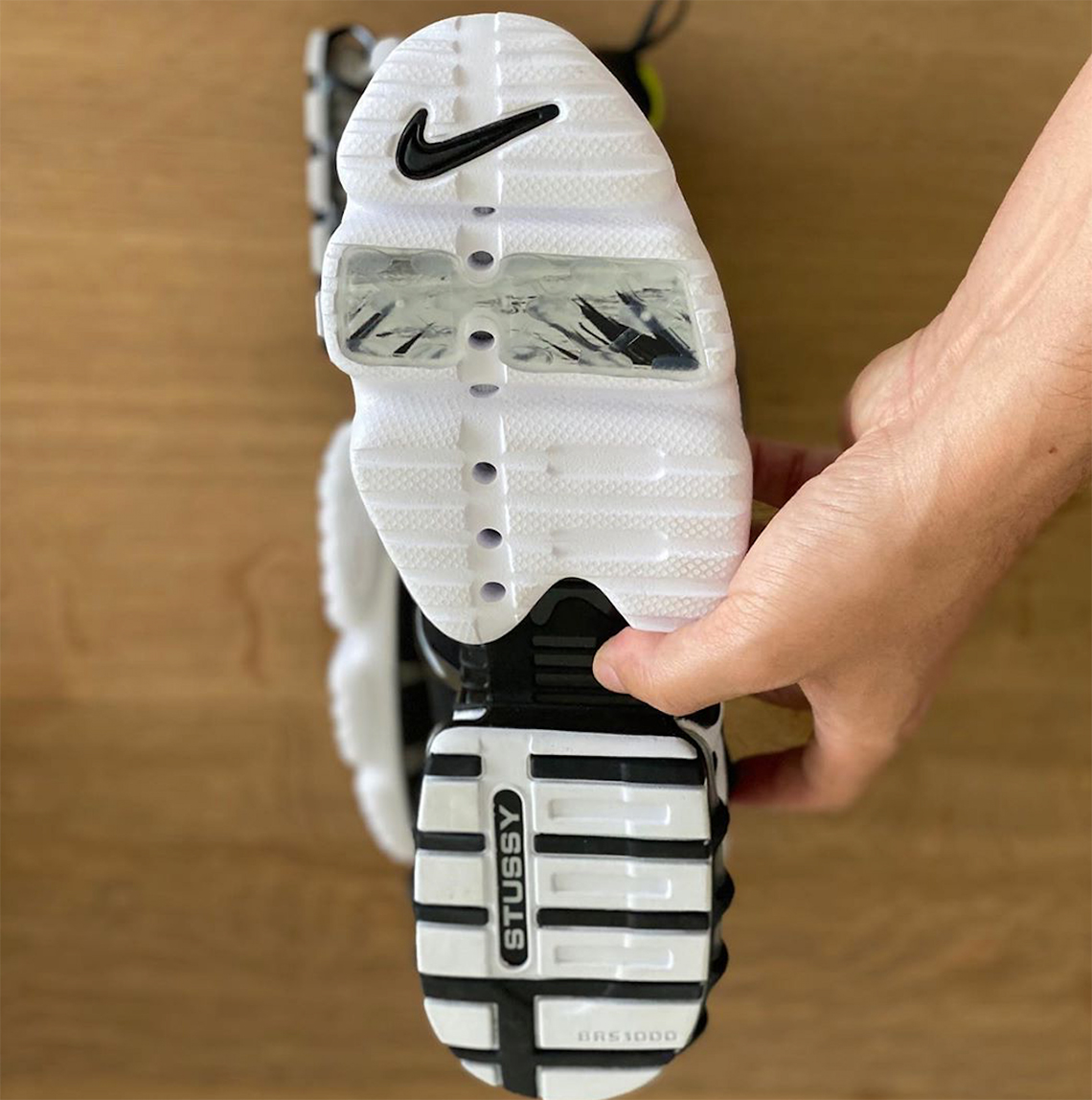 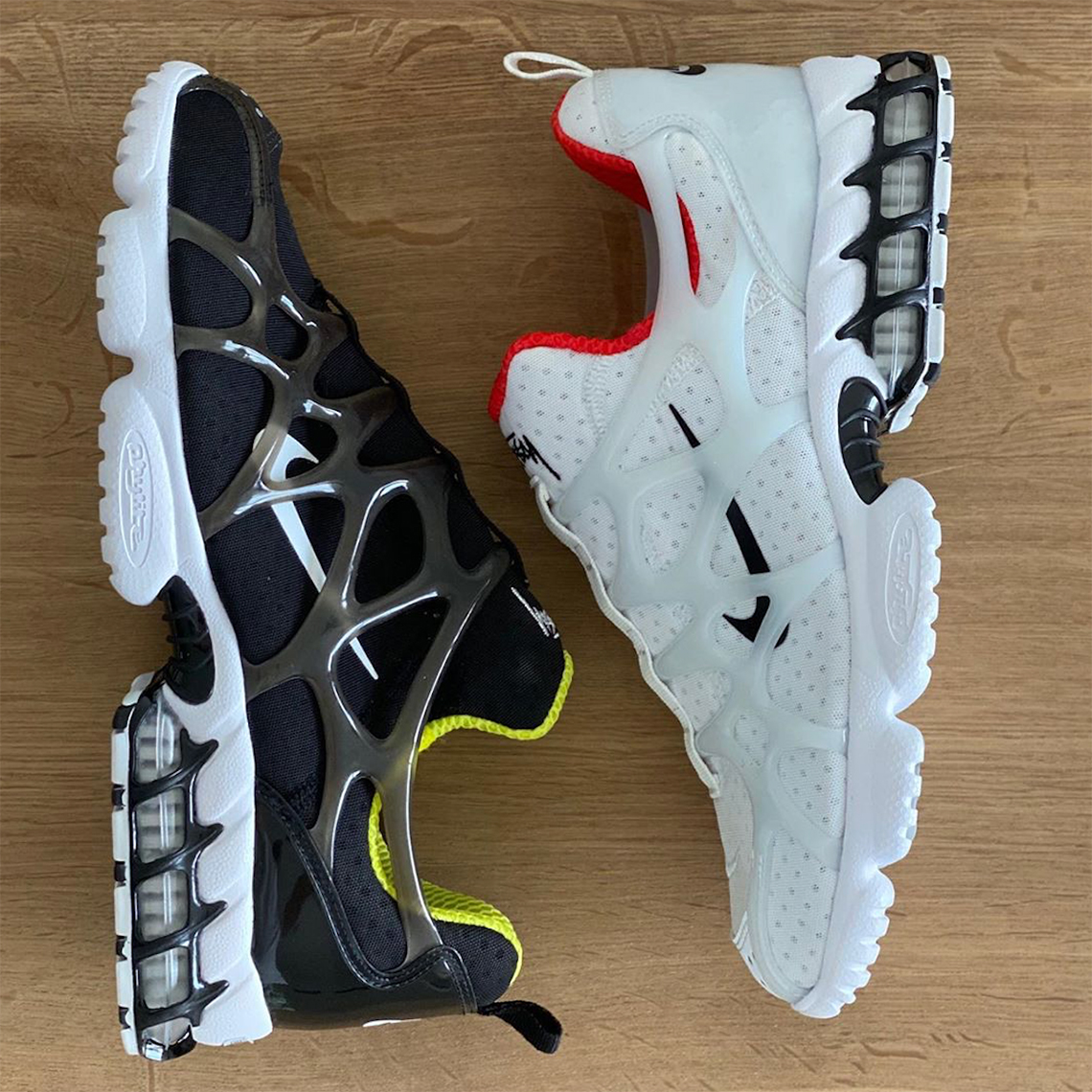