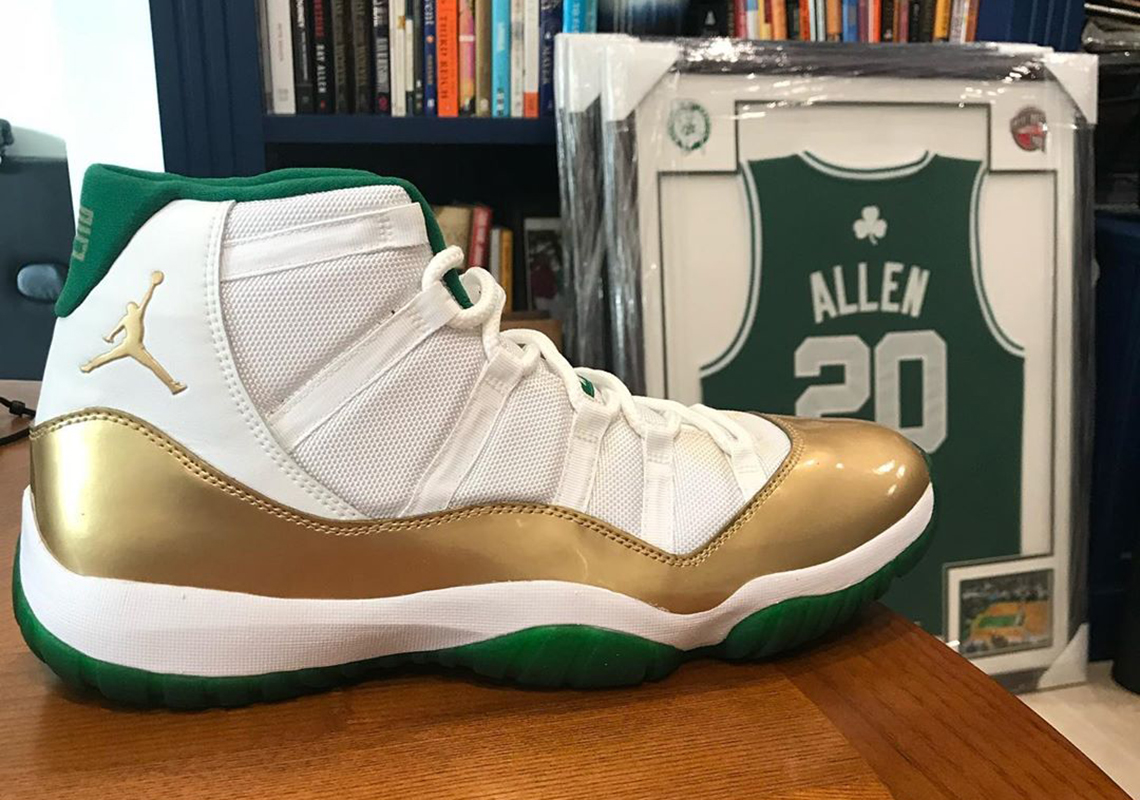 Throughout Ray Allen’s esteemed career, the athlete has revealed an impressive wardrobe of Jordan PEs, including Celtics-inspired colorways of the AJ13 as well as the AJ11 which were both seen during pre-game all the way back in 2011. Now, with COVID-19 effectively pushing everyone indoors, the now former basketball star is getting a bit nostalgic as he looks back on some of his favorite sneakers of all-time, providing one of the first close-up glimpses of the aforementioned Air Jordan 11 “Celtics” PE. Gold patent adorns the mudguards in match of the luxe Jumpman emblem that sits above, while white leathers and mesh construct the upper elsewhere in a pristine white make-up. Linings, which extend back unto the heel tab, as well as the tread then do the nickname justice as they coat in the NBA team’s signature tones. Grab a detailed look at the pair right here, and if the brand ever wants to release these to the public, expect to find out here.

In other news, the Concord Bred Air Jordan 11 Low has been delayed until June. 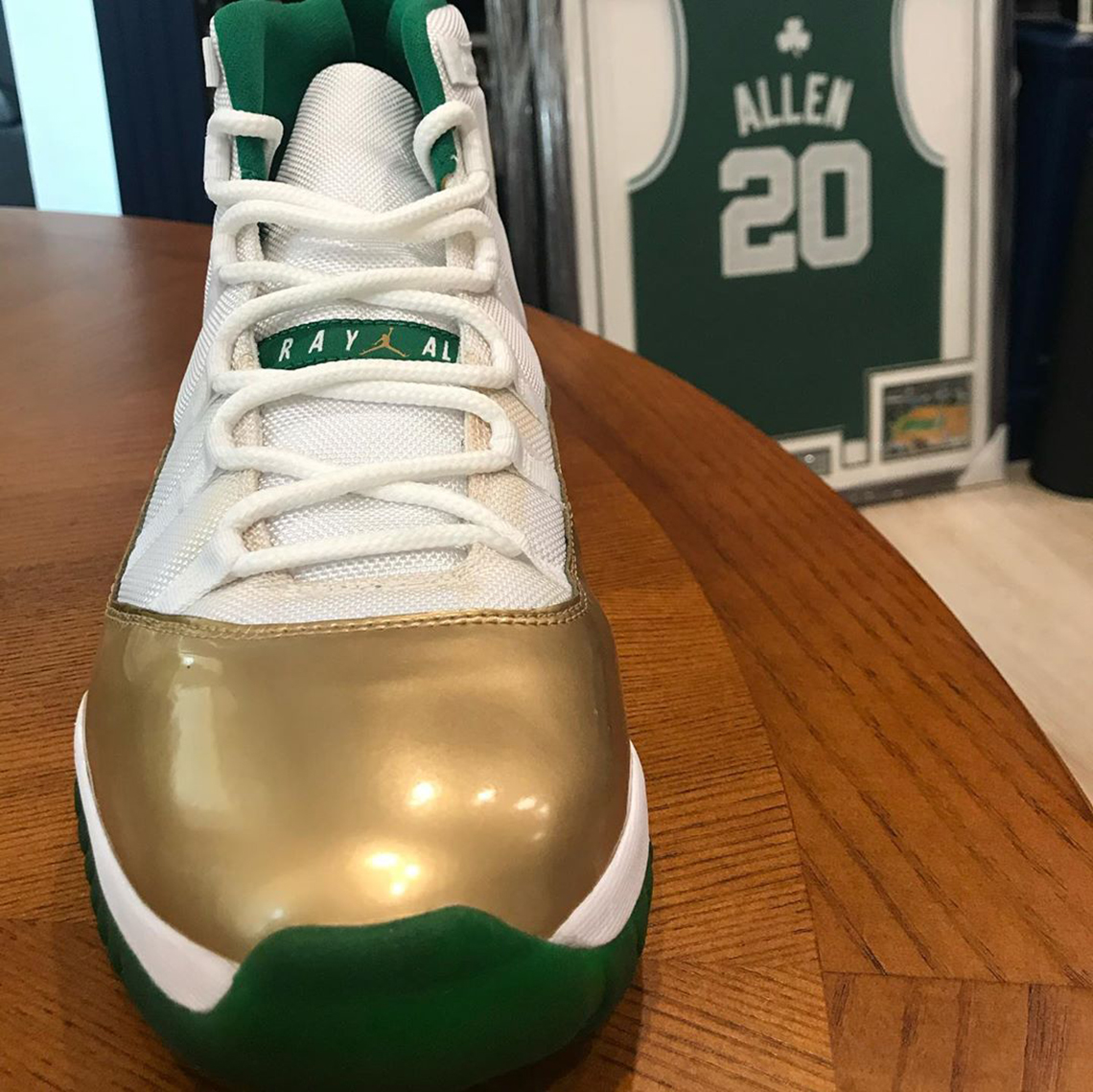