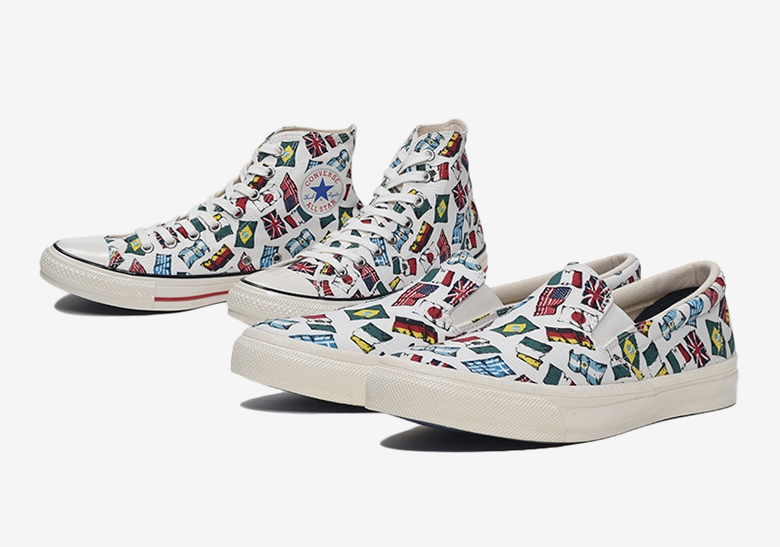 NIKE, Inc. continues its official and unofficial run of Tokyo Olympics-appropriate releases as an All Star and Skid Grip Slip-On from Converse have recently emerged covered in 10 national flags.

An update to an archival release from the ’90s, the duo nods to countries from Brazil to Japan across its white canvas uppers. And while both the All Star and Skid Grip feature graphics of the same 10 flags, the former’s taller silhouette enables flags from accompanying countries – Argentina, the U.S., Mexico, the U.K, Ireland, Italy, Greece, and Germany – to appear more. Nevertheless, both models feature retro details transplanted straight from the ’90s: midsoles are slightly yellow; medial “All Star” patches on the high-top boast a patriotic palette; and license plates on the duo harken to previous brand identity.

No stateside Converse.com release details have been made public, but this All Star and Skid Grip set is currently available throughout Asia.

For more patriotic options from The Swoosh, check out the Air Force 1 Low “Independence Day.” 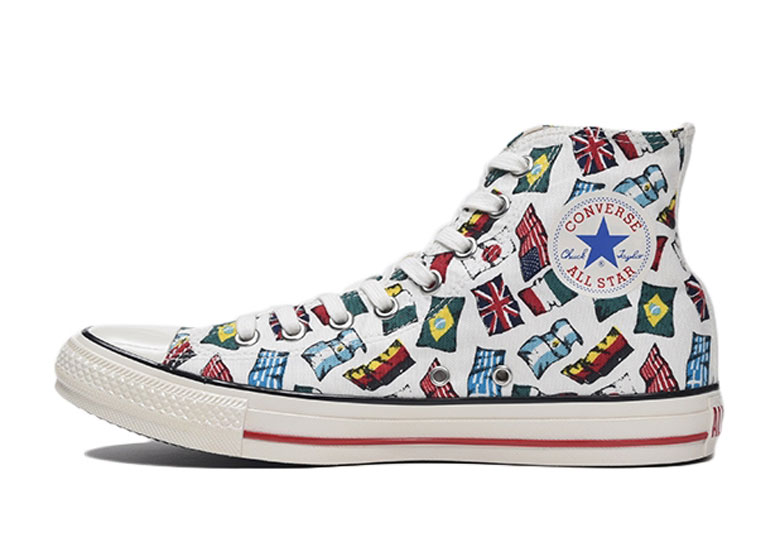 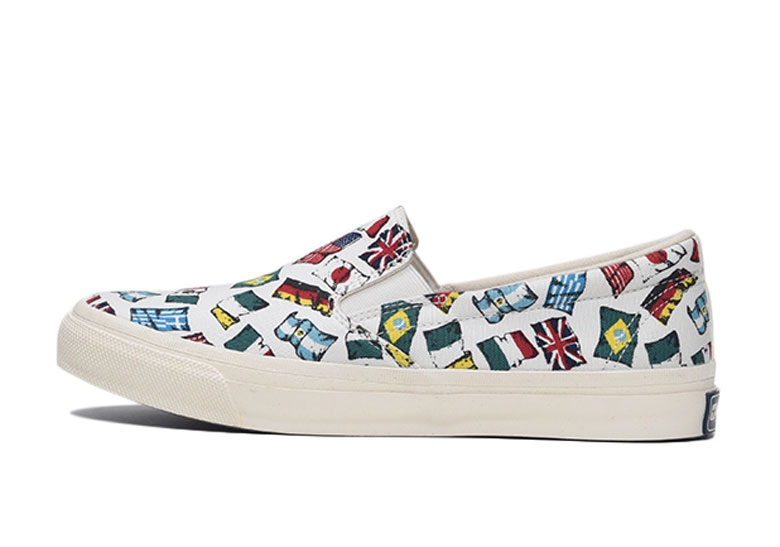 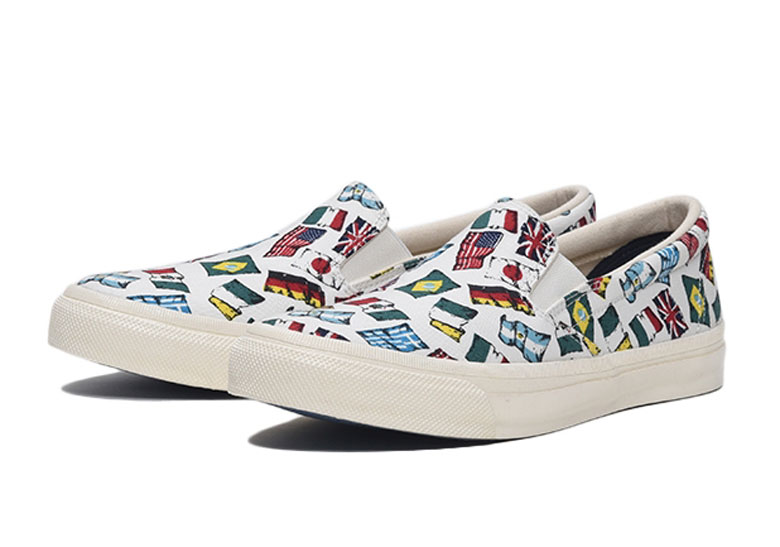 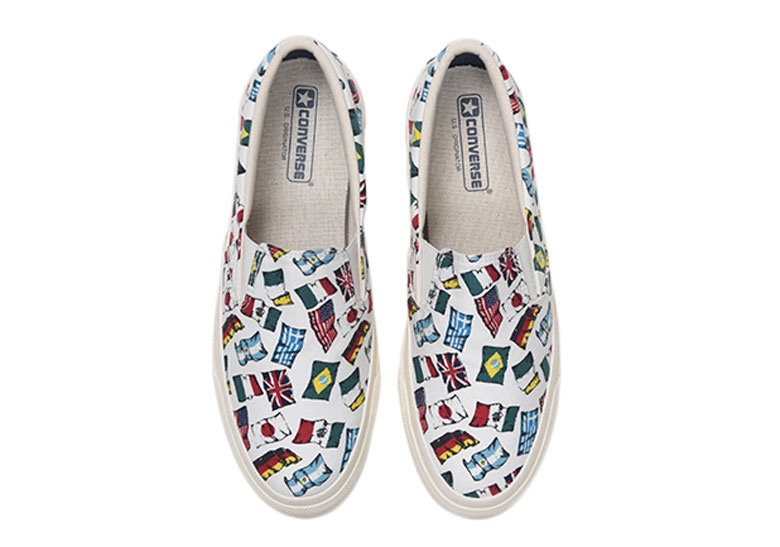 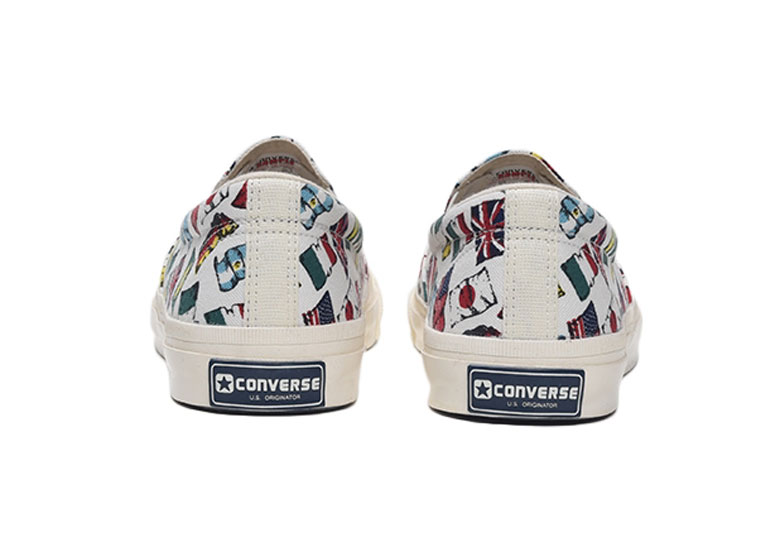 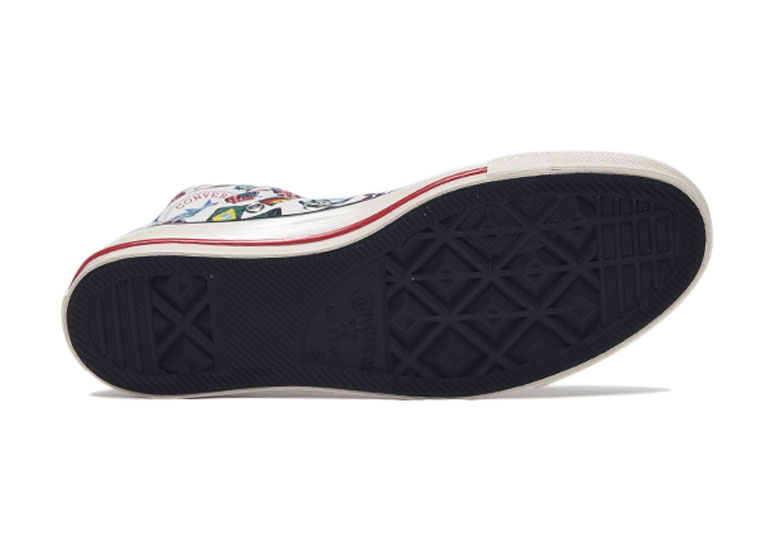 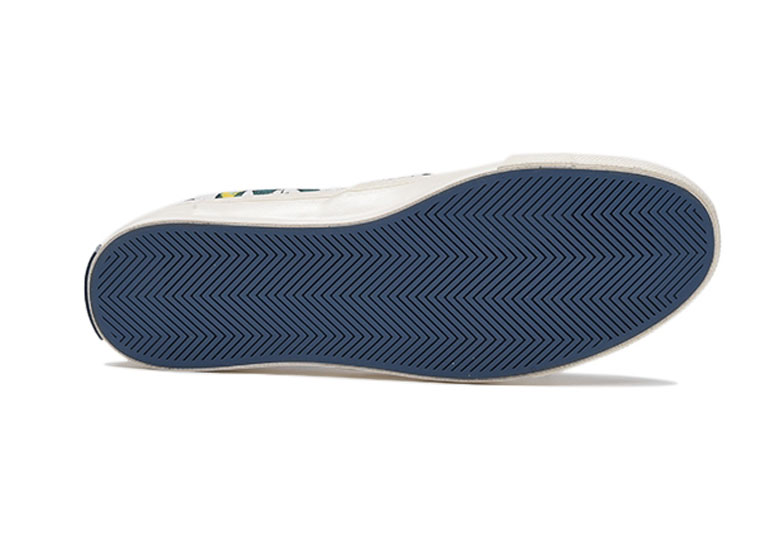 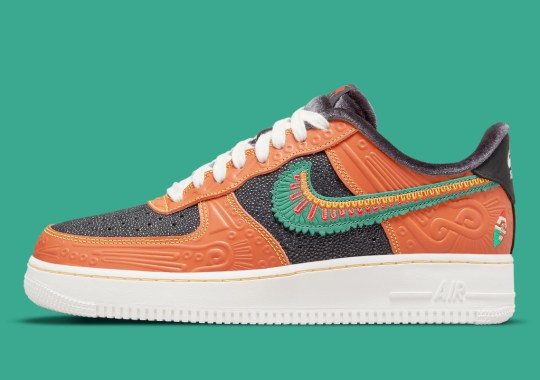 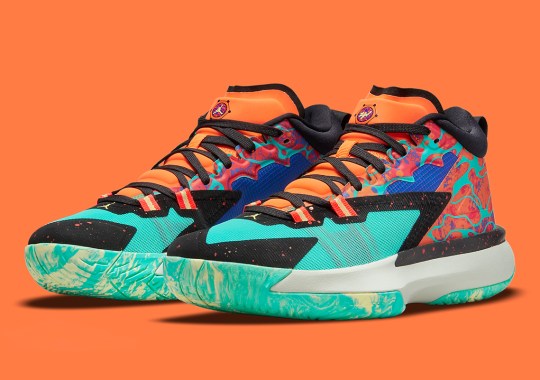 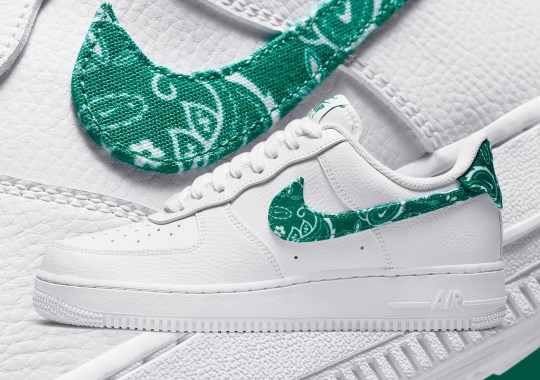