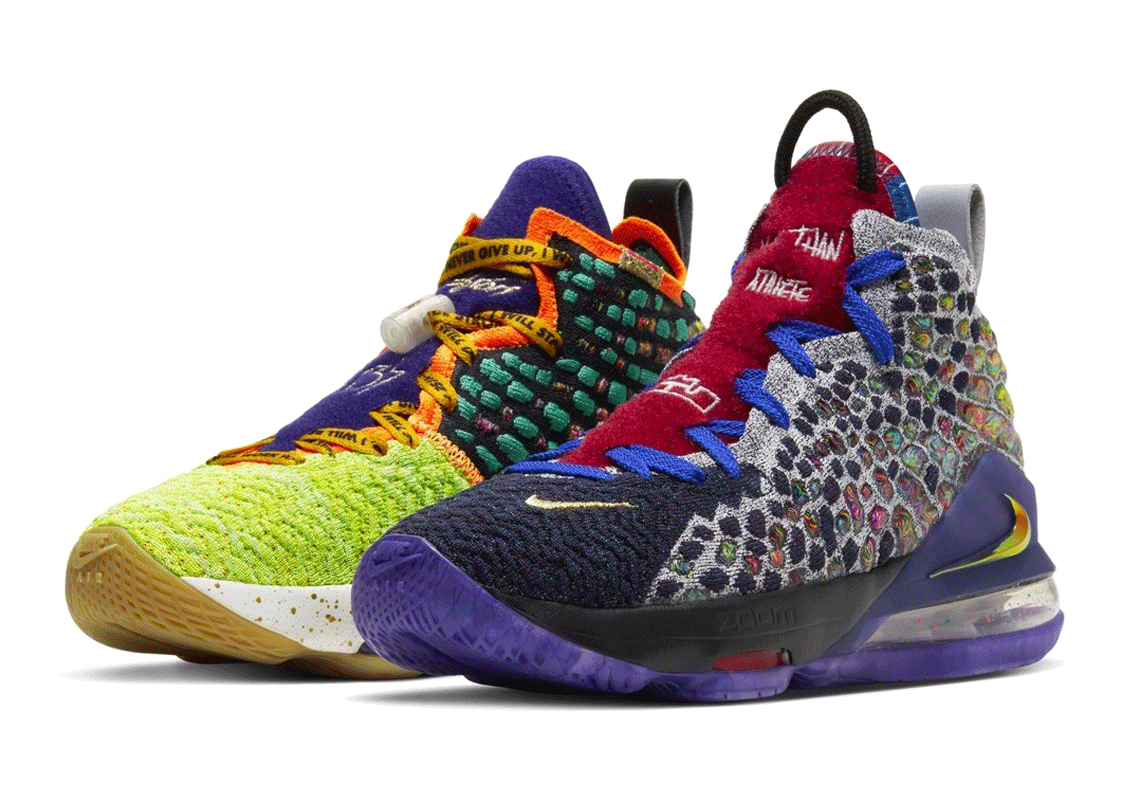 Where To Buy The “What The” Nike LeBron 17

LeBron James hasn’t been able to amaze fans and critics with his performance on the hardwood since March 10th, but that hasn’t stopped him and Nike from releasing impressive takes of the Nike LeBron 17 (and its low-top-variant). First seen in men’s sizing mid-last month, the model’s “What The” iteration is also scheduled to arrive for kids.

Clad in a mash-up of over eight different releases since September 2019, the “What The” LeBron 17 continues a tradition started with a LeBron 9 sample. Left shoes indulge in a dark color scheme, utilizing black and grey Knitposite from the December’s “Currency” and January’s “I Promise” pairs, respectively, as well as sole units combining past black, purple, and red arrangements. Scarlet tongues boast James’ “MORE THAN AN ATHELETE” motto, just as right shoe’s purple tongues are complemented with yellow laces clad in motivational phrases. Elsewhere, similarly bold “Mr. Swackhammer”-like toe boxes and teal rear panels infuse a vibrant palette into right shoes. Light gum brown outsoles and their surrounding multi-colored tooling further contrast their left counterparts. “REMOVE BEFORE LAUNCH” hangtags and an array of detachable-Velcro patches add yet another playful spin to this upcoming LeBron 17.

Enjoy a detailed look at this kid’s version of the “What The” LeBron 17 and expect pairs to arrive to Nike.com soon.

For more from the kid from Akron, check out the LeBron 17 Low dropping on June 15th. 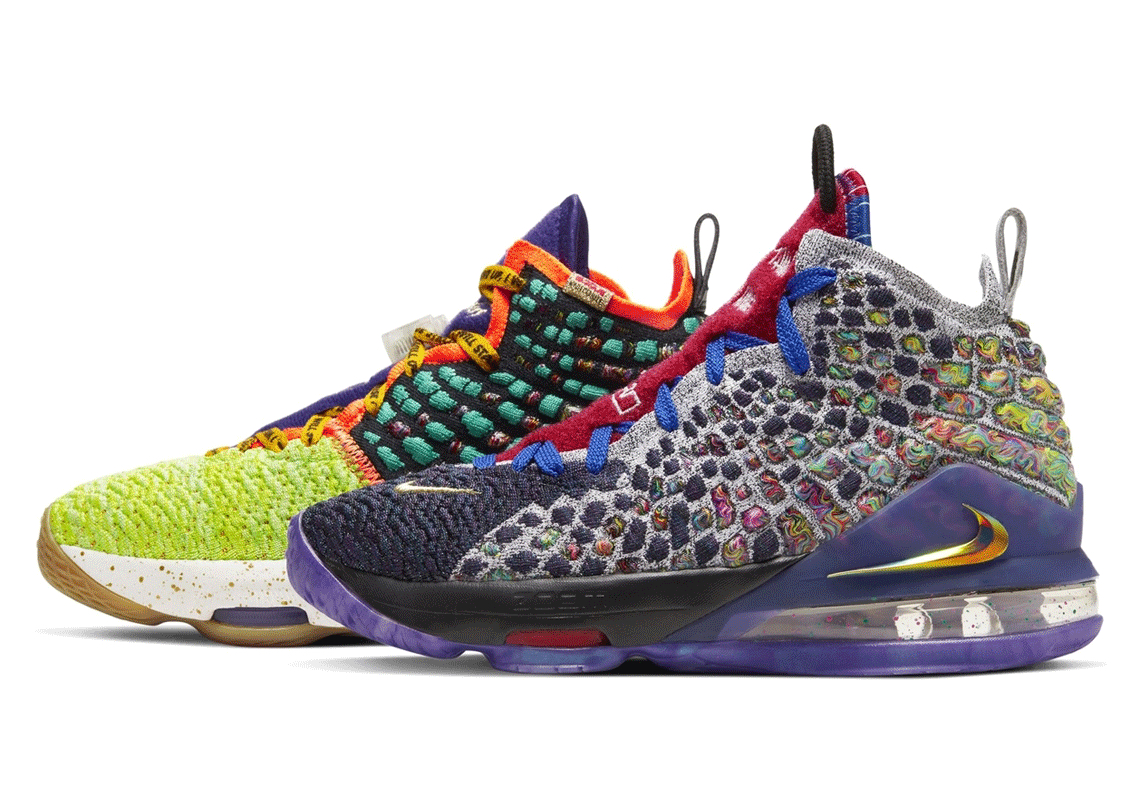 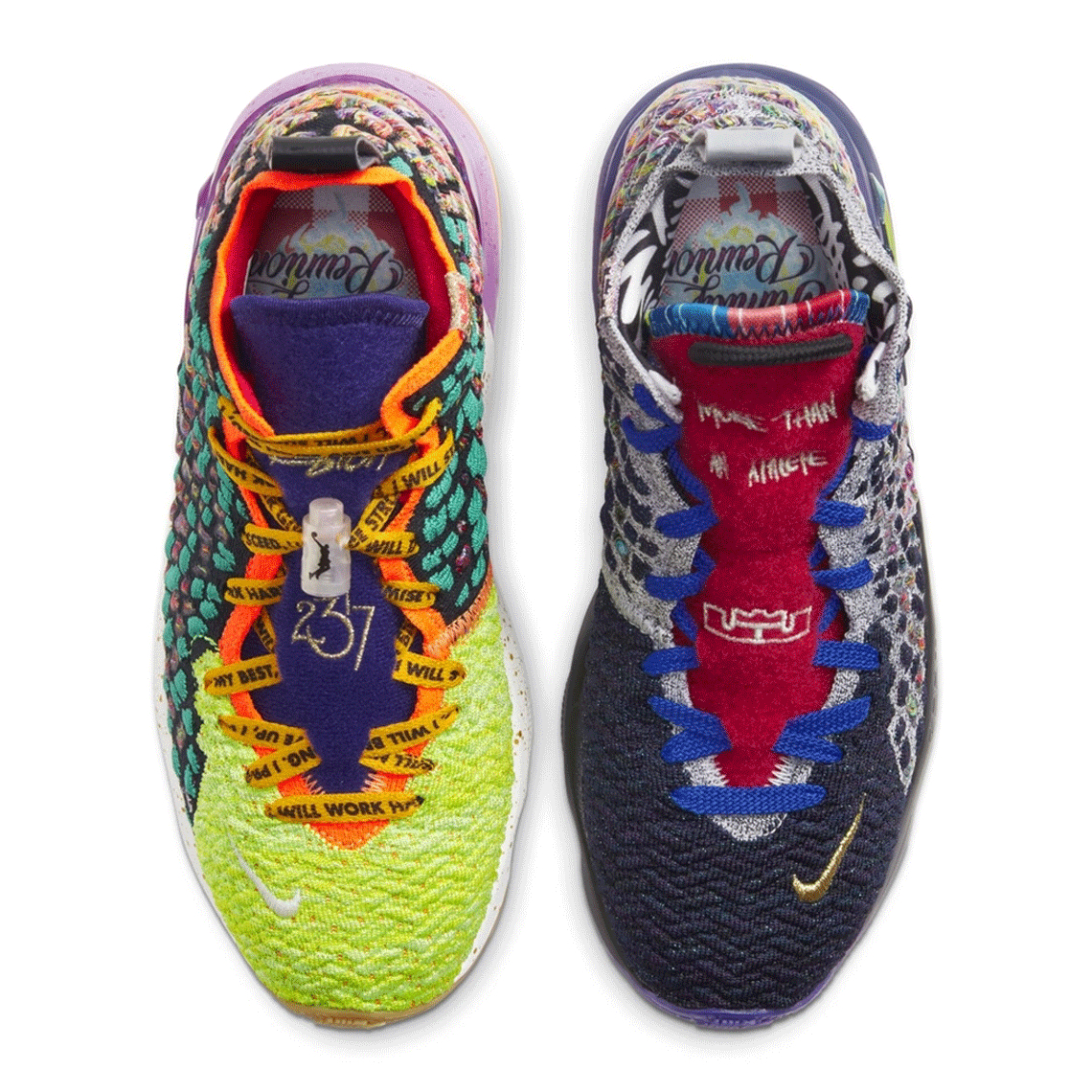 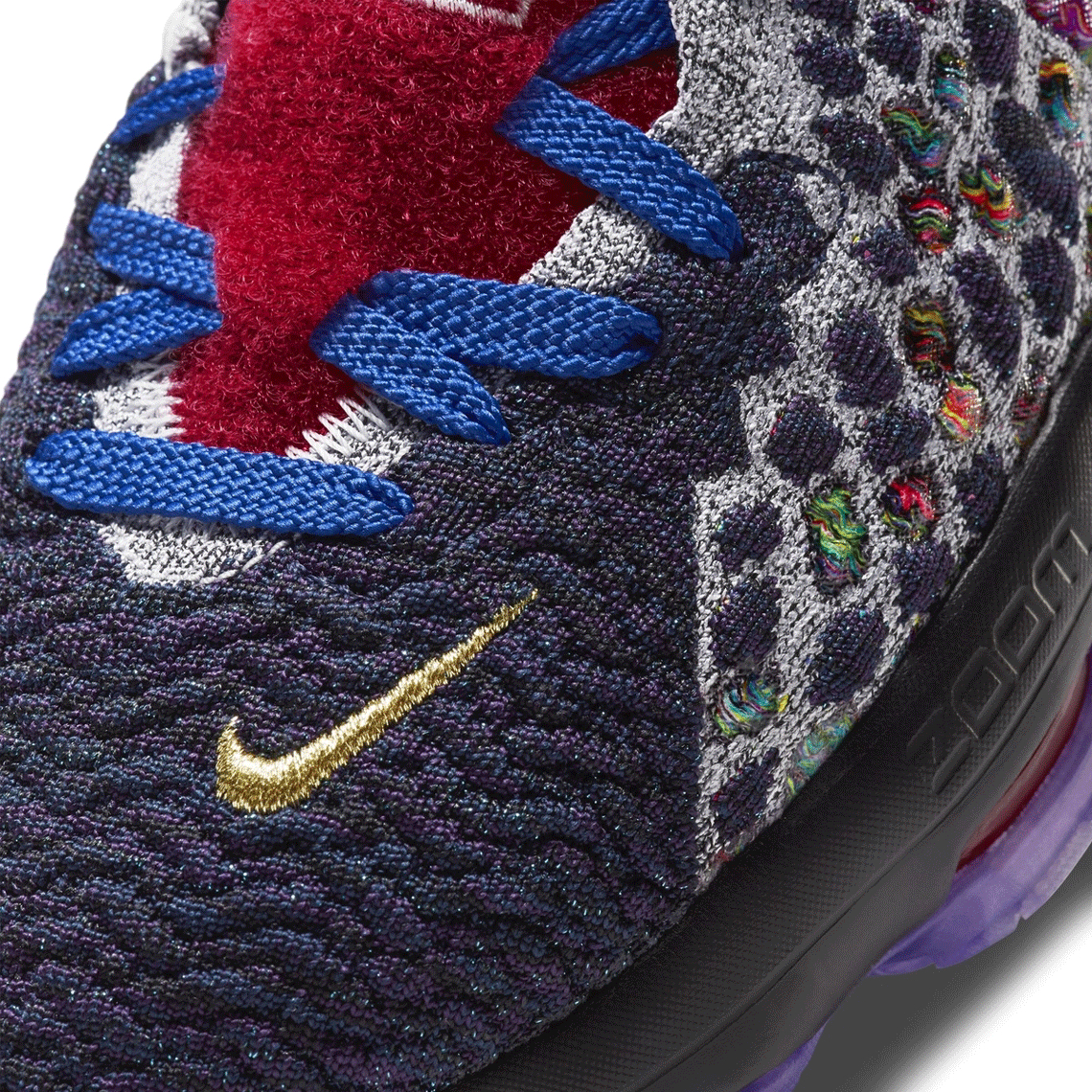 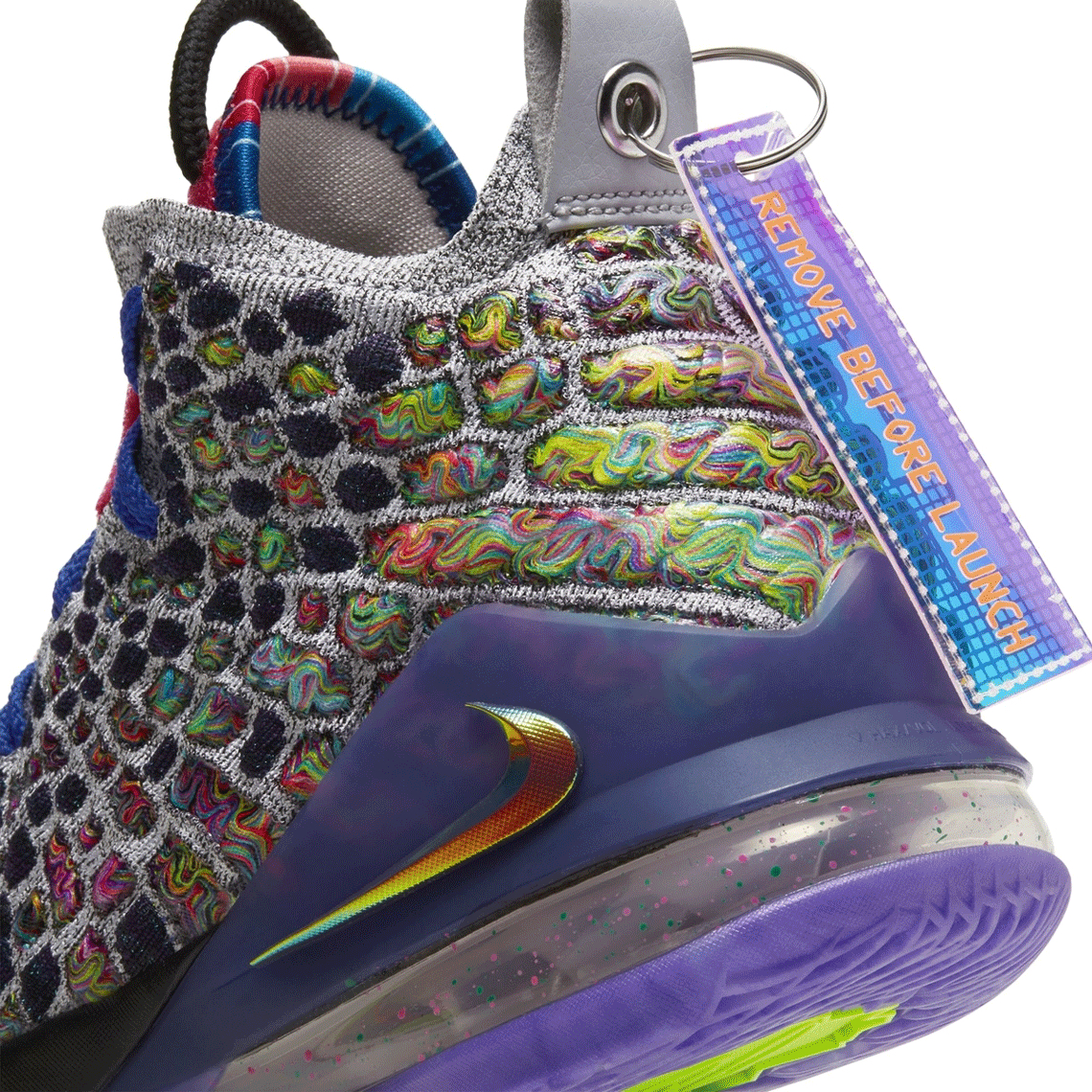 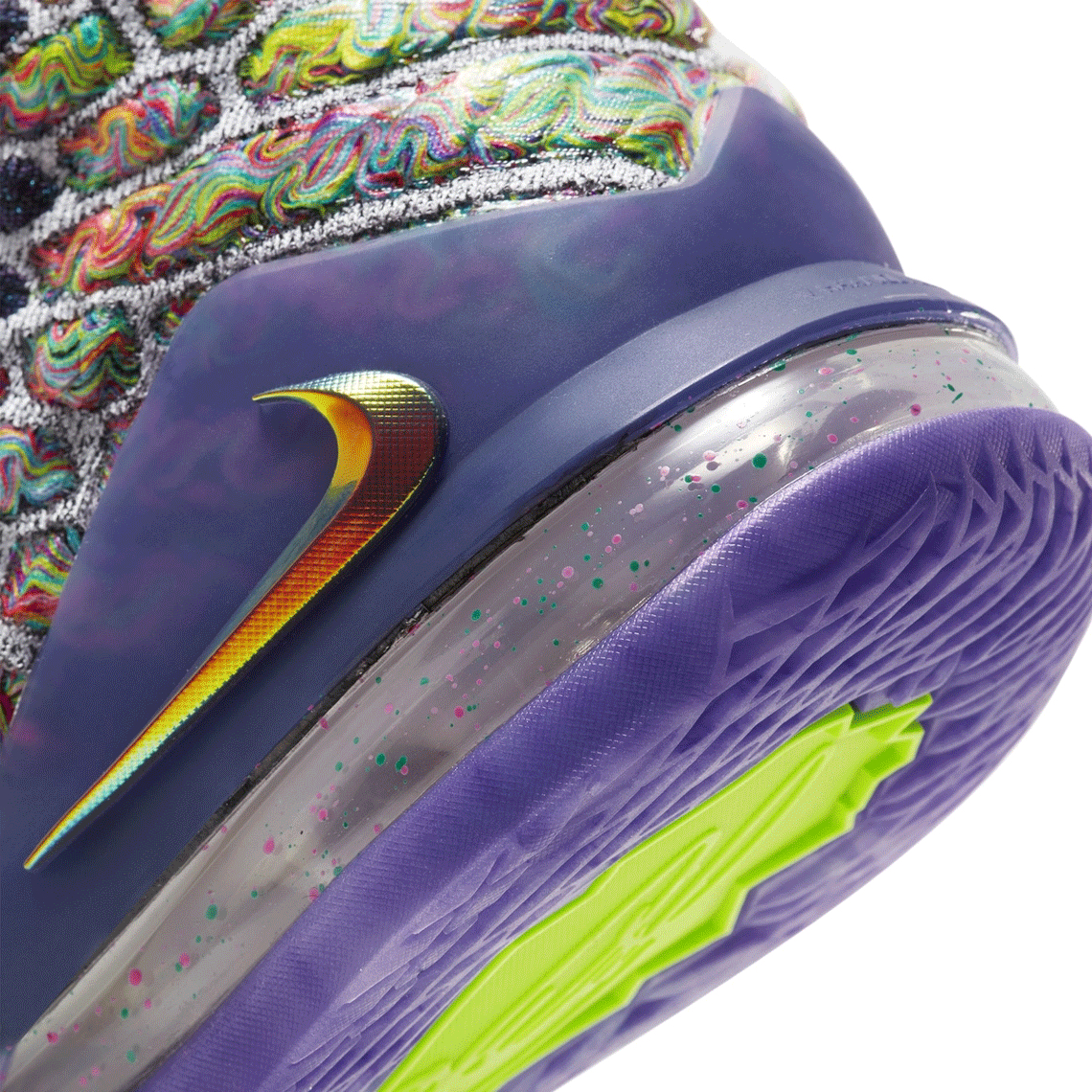 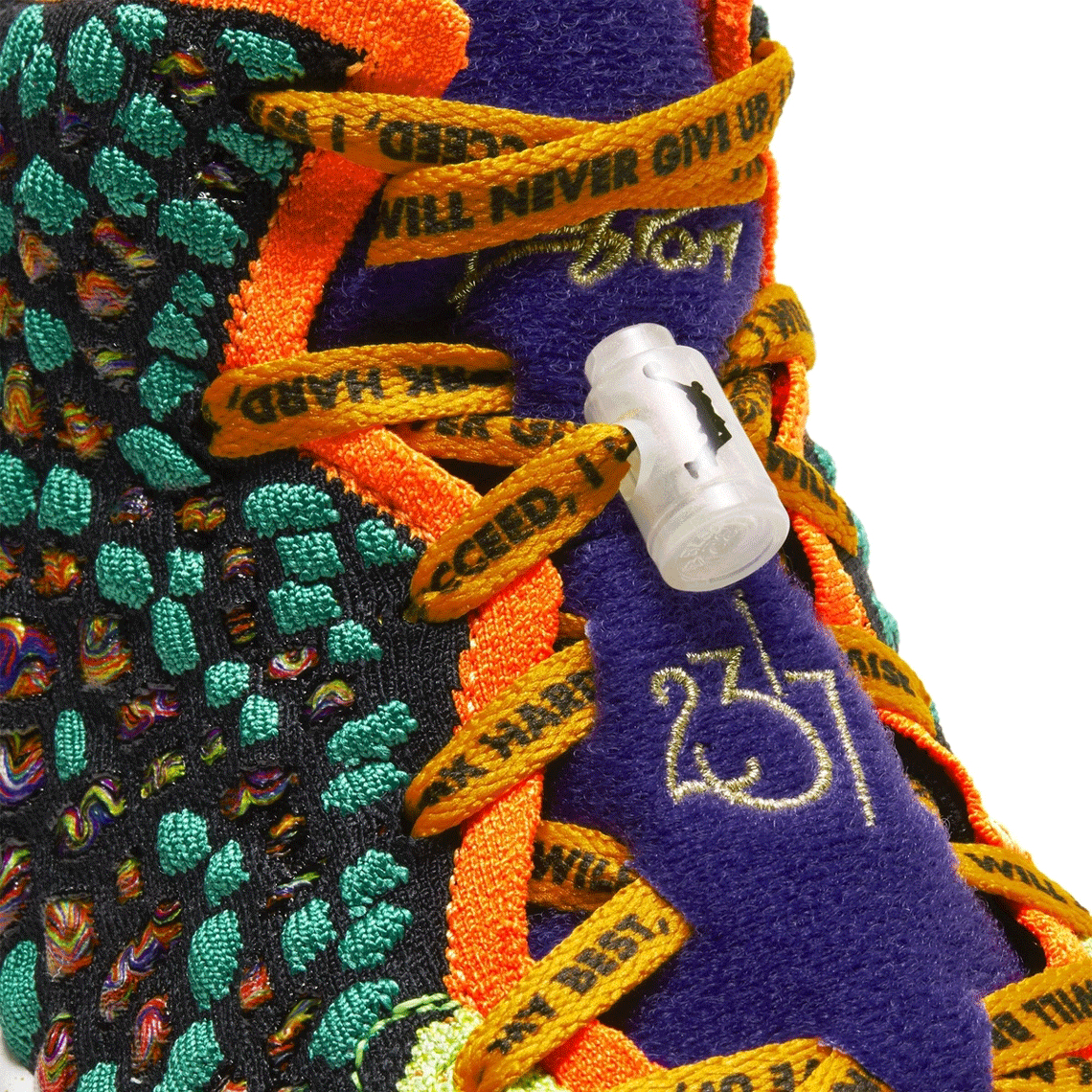 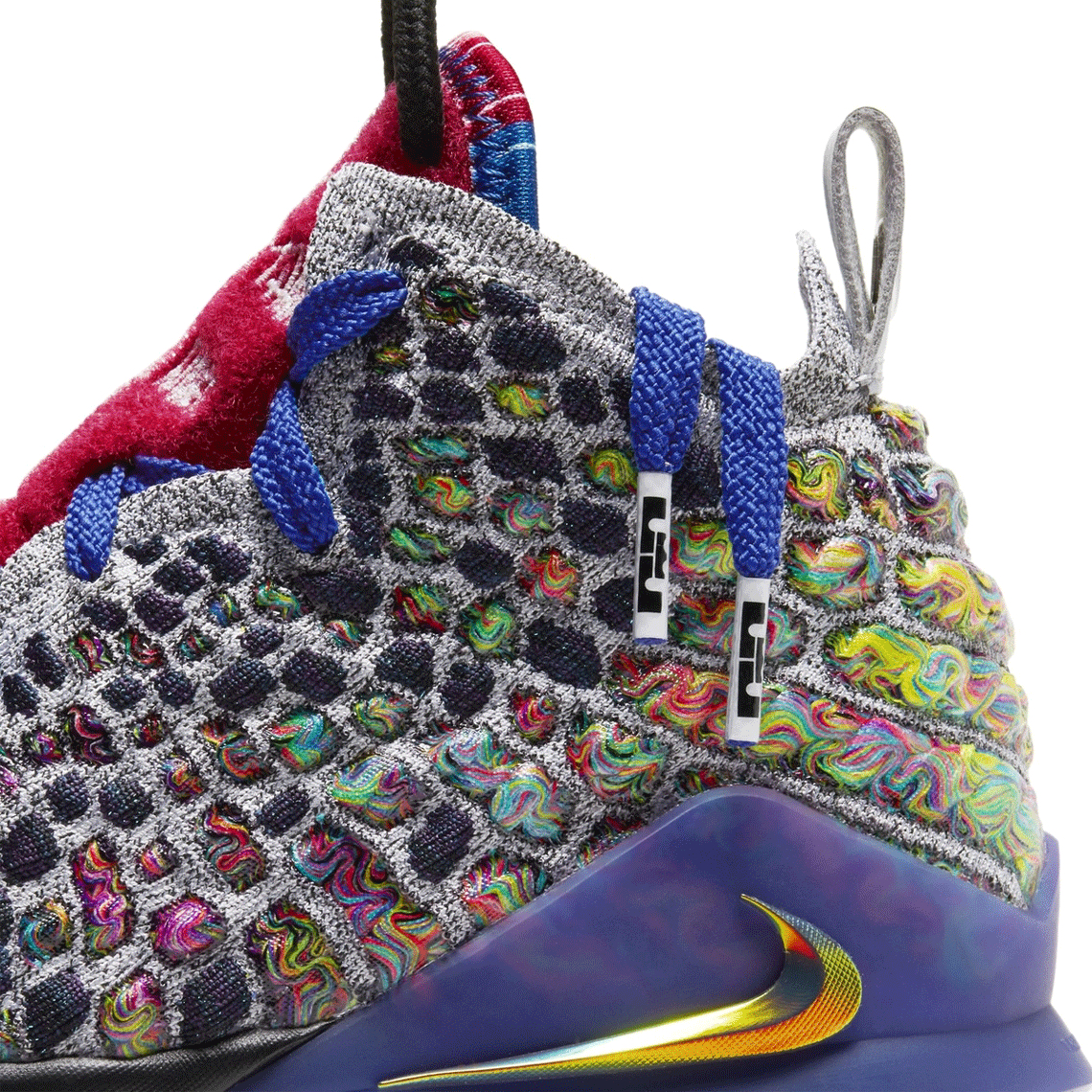 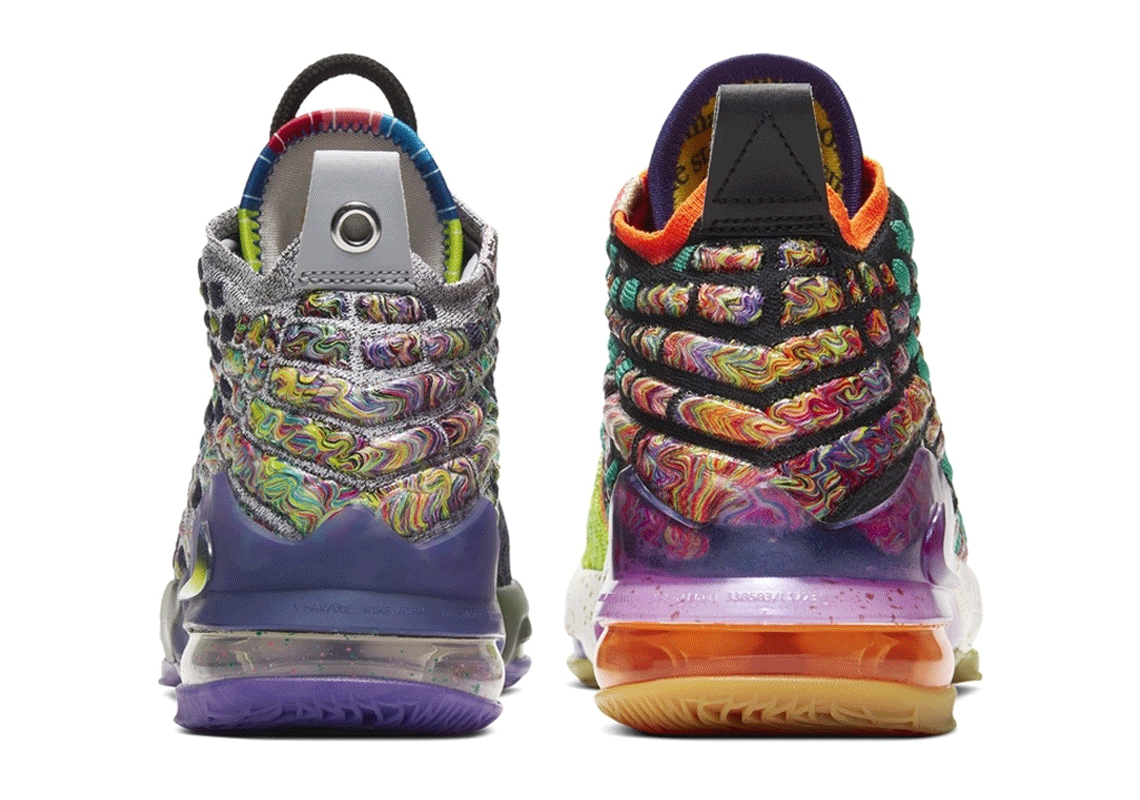 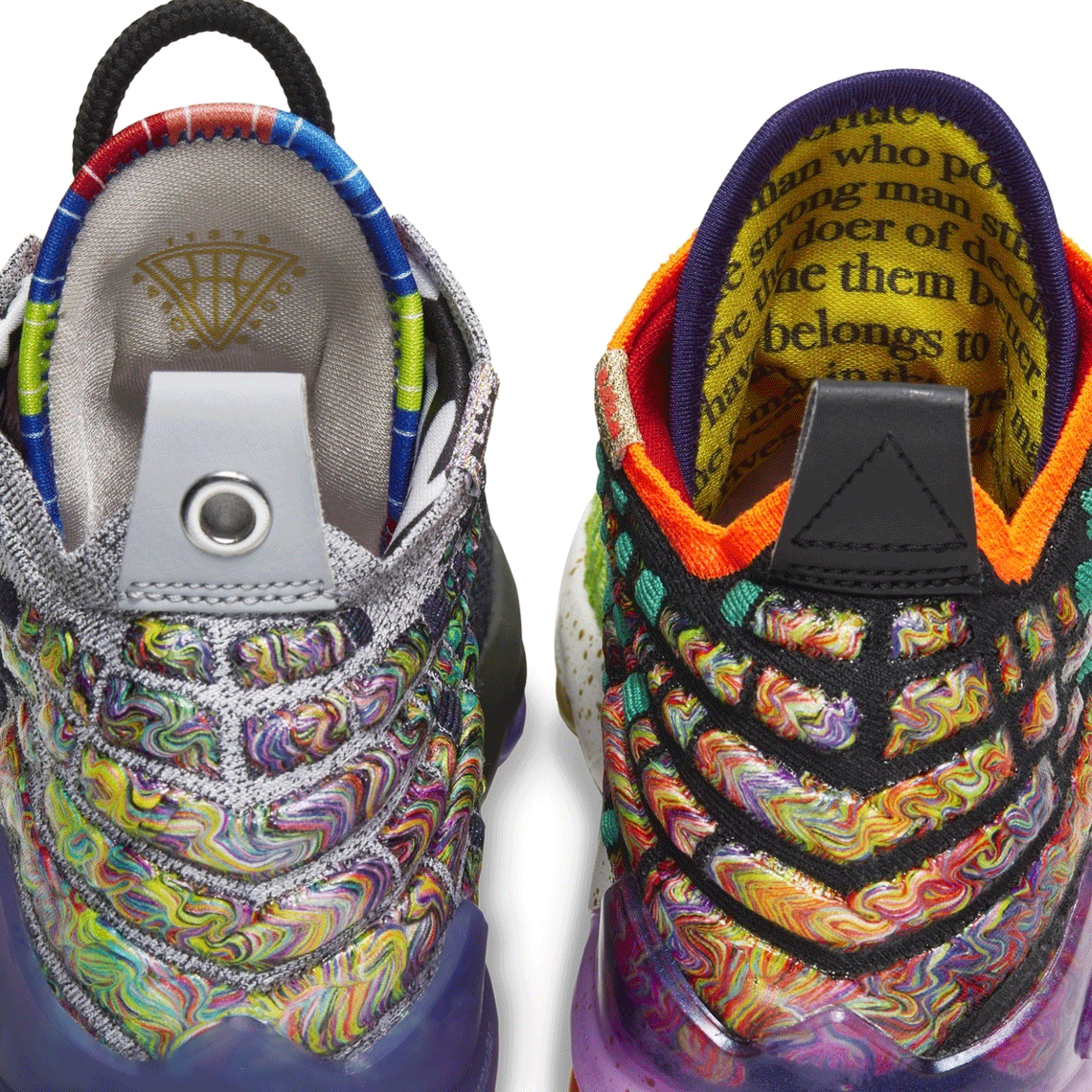 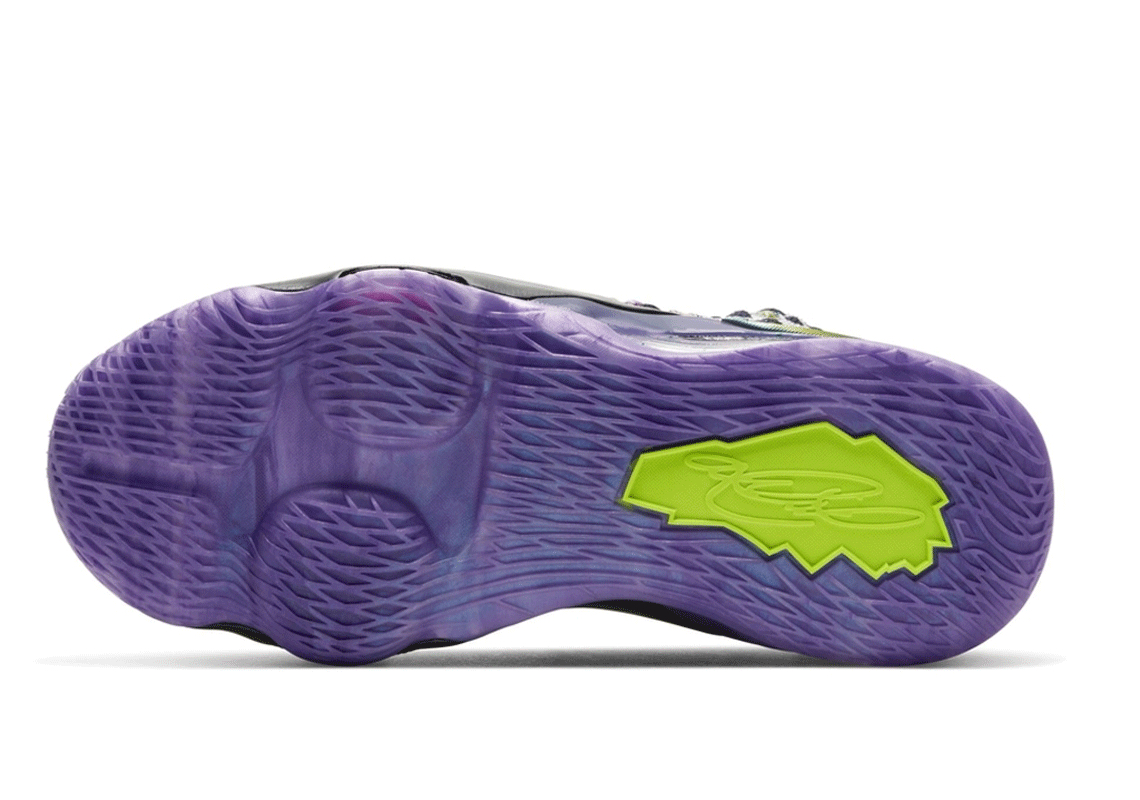 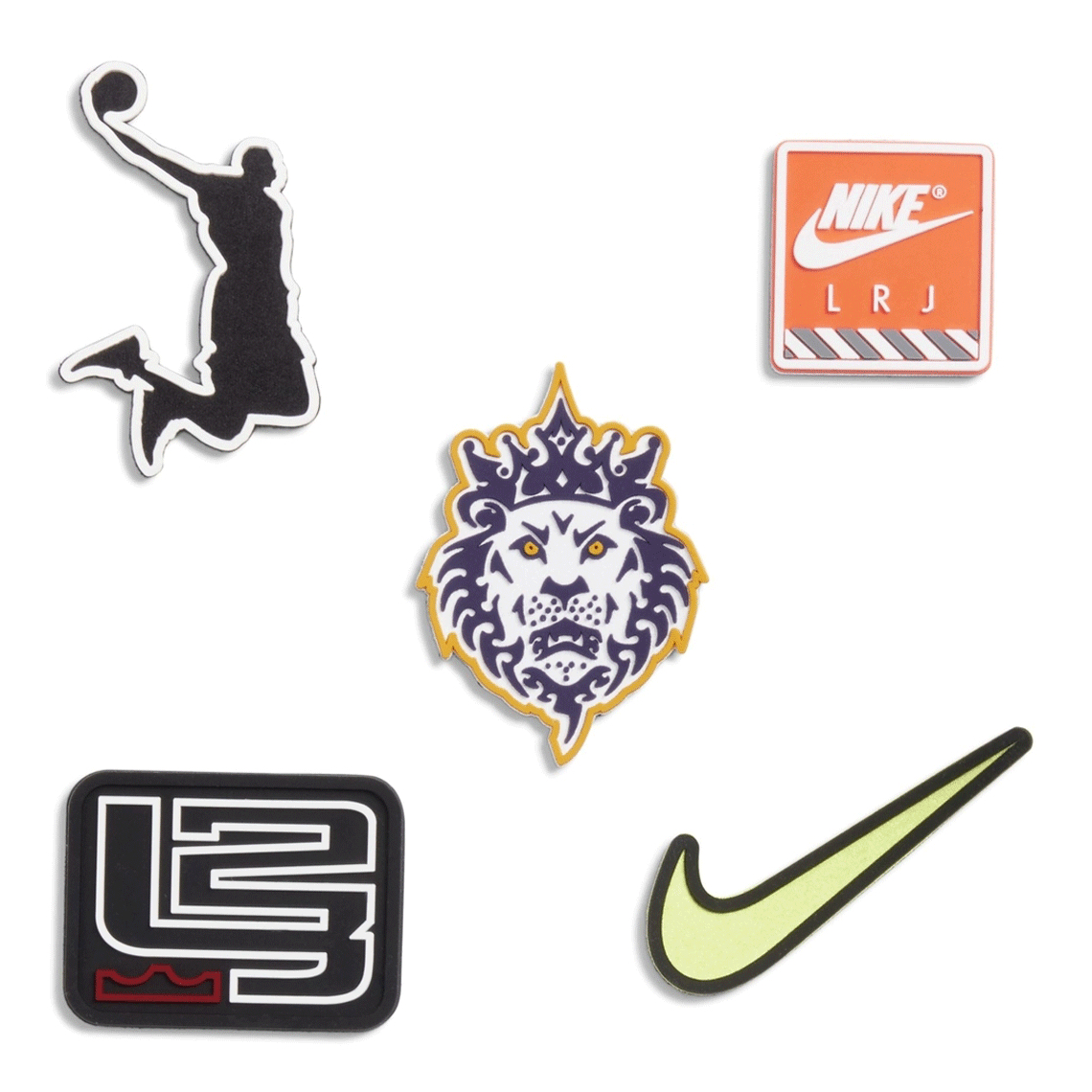