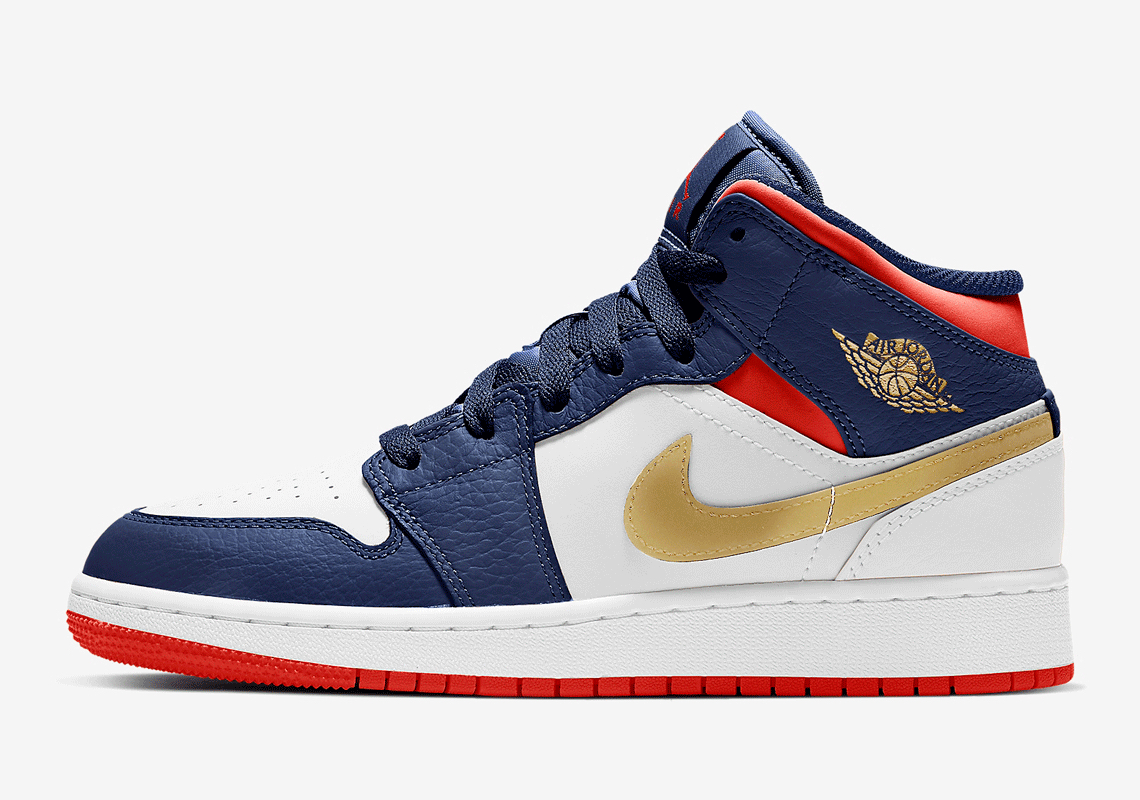 While several of NIKE, Inc.’s mainline footwear products have emerged in “USA”-friendly colorways over the past six months, Jordan Brand‘s silhouettes had yet to don the red, white, and blue – until now. Enter: a kid’s Air Jordan 1 Mid.

Unlike a previously-seen Jordan 1 Mid for women, this forthcoming pair forgoes a predominantly white arrangement in favor of a “Midnight Navy” scheme. Forefoot, midfoot, and heel panels complement the dark blue hue and joined by gold and scarlet colored accents: The former takes over profile Swooshes and “wings” logos on the lateral ankle, while the latter animates collar underlays and Jumpman logos on the tongue. Underfoot, this kid’s Jordan 1 indulges in a white midsole/red outsole both reminiscent of debut pairs from ’85 and appropriate for the now-postponed Tokyo Olympics.

Full release details are still unknown, but this Jordan 1 Mid for kids is likely to arrive to Nike.com throughout summer. While you wait, enjoy official images of the pair here below.

For more red, white, and blue from The Swoosh, check out the Air Barrage Low set to launch on June 27th. 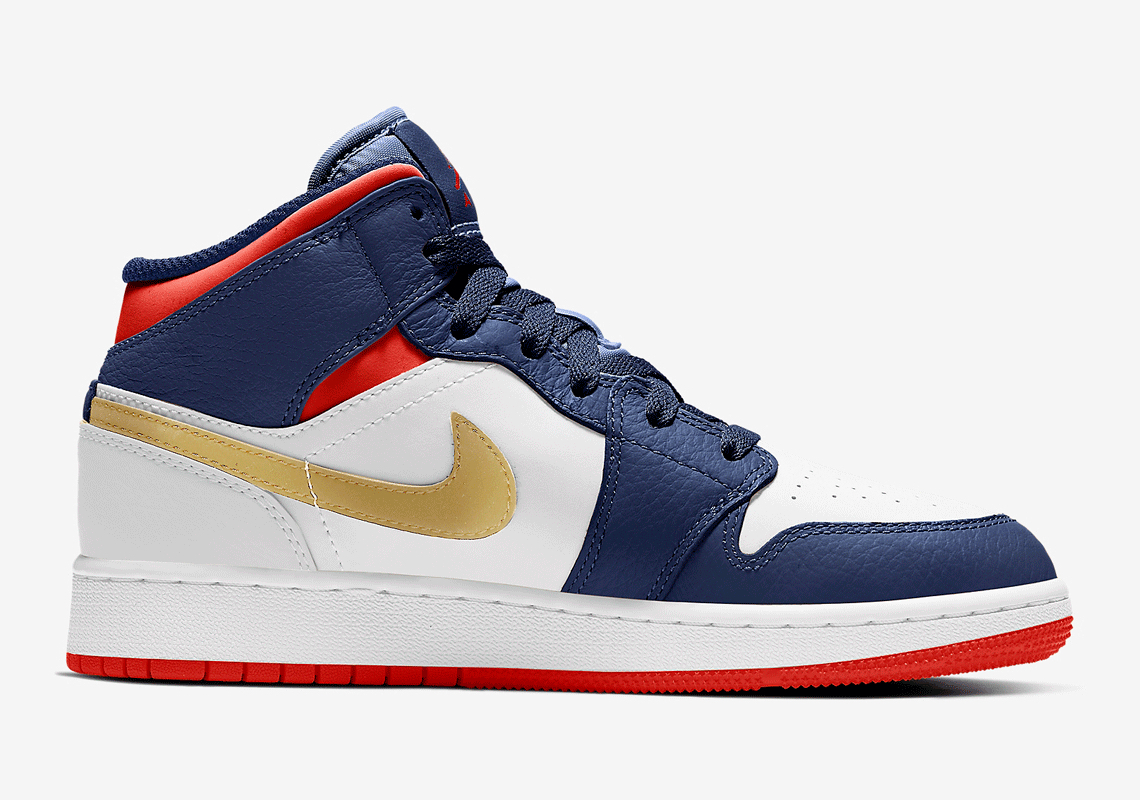 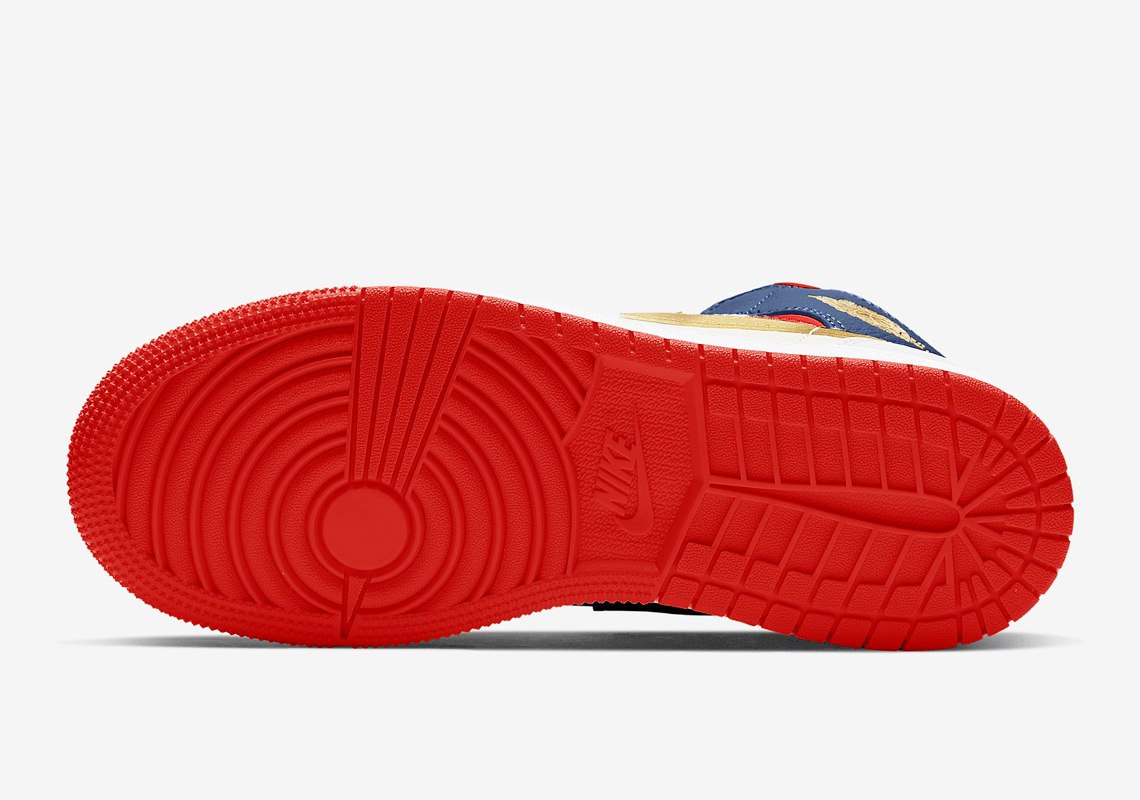