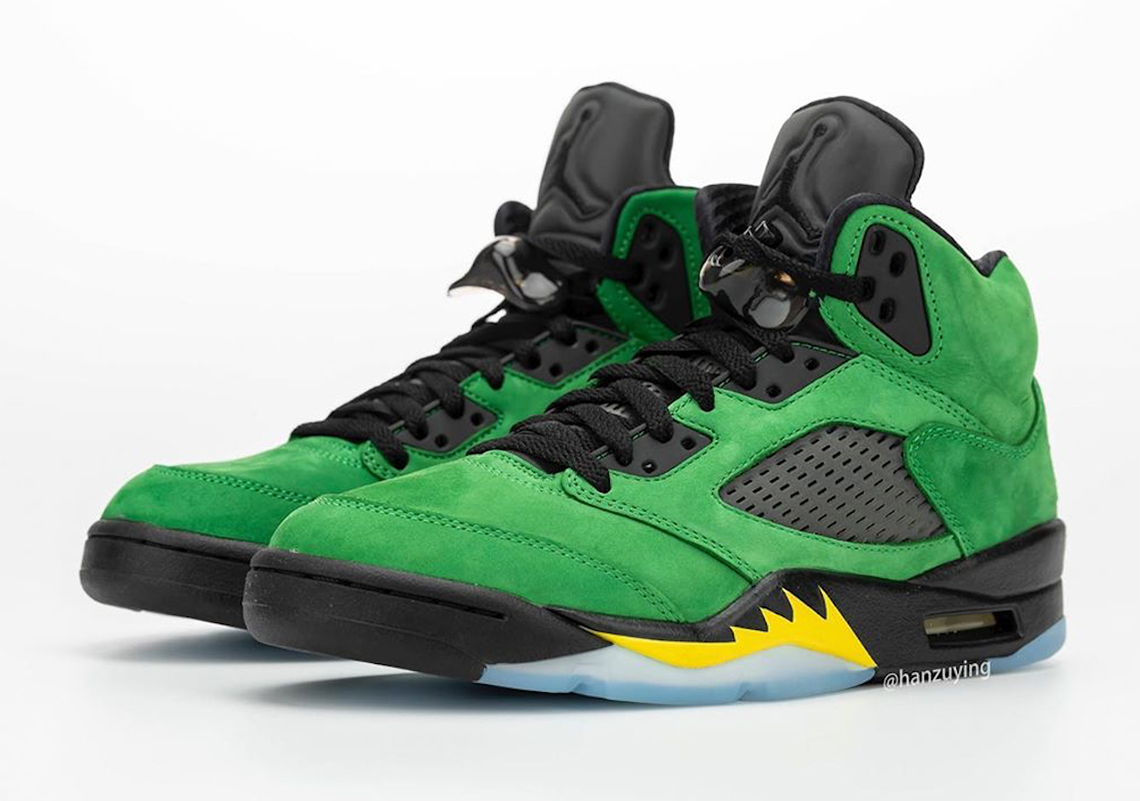 Currently in the midst of celebrating its 30th birthday, the Air Jordan 5 — after reviving its OG “Fire Red” — has been stirring up some anticipation for its fans by adding more options to its 2020 release calendar. And before its Summer deliveries of “Top 3” and “Alternate Grape” offerings hit the shelves, it’s wasting no time in providing detailed looks at its Fall lineup. One of the makeups included in the second half of the year is this Oregon-inspired colorway.

No quacky Duck embellishments or “O” logos of any sort will be present on this iteration, but it will essentially follow the same color-blocking of “Apple Green” suedes, black trim, and yellow spikes found on the silhouette’s popular player exclusive. Moreover, the jock patches on the heels are carried over from the its 2019 “Michigan” rendition, and the interior tongues spell out the word “Elevate” in bold white text. These are eyeing an official release on September 12th likely on Nike.com and through select retailers for $225, so scroll here below for more detailed shots while you wait on their arrival.

For other Jordan-related news, triple black Jordan 6s for women are dropping this holiday season. 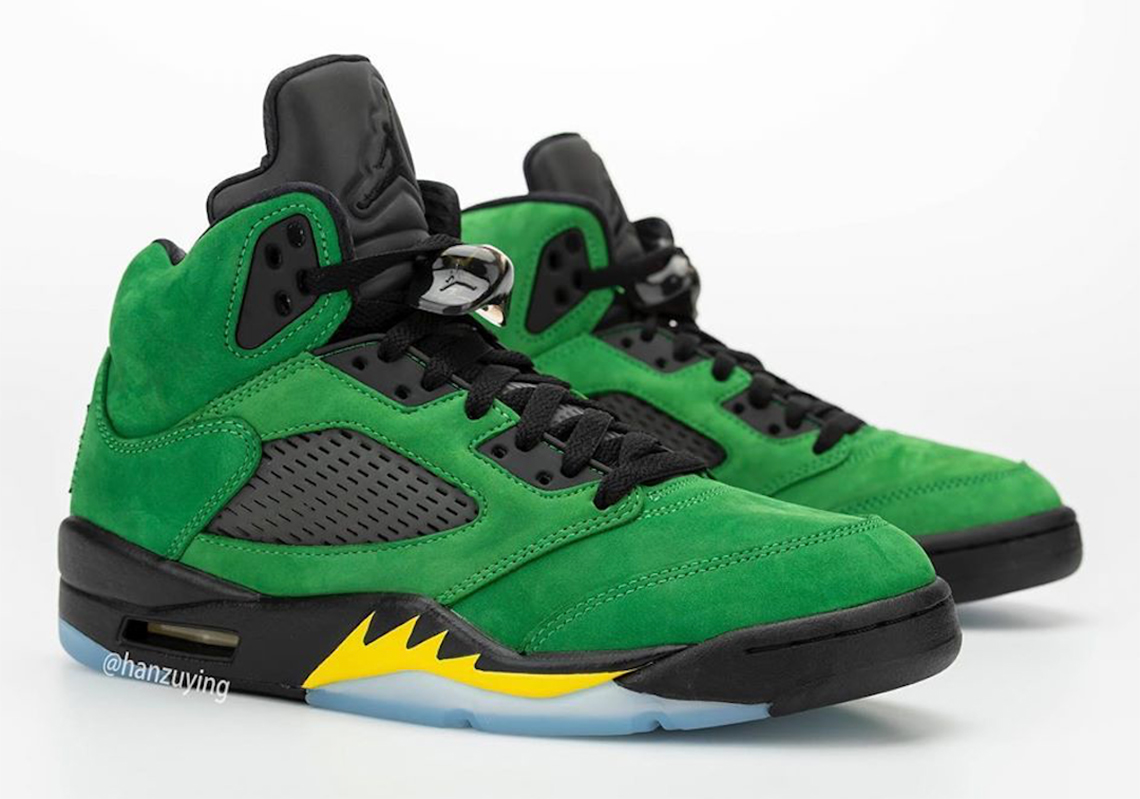 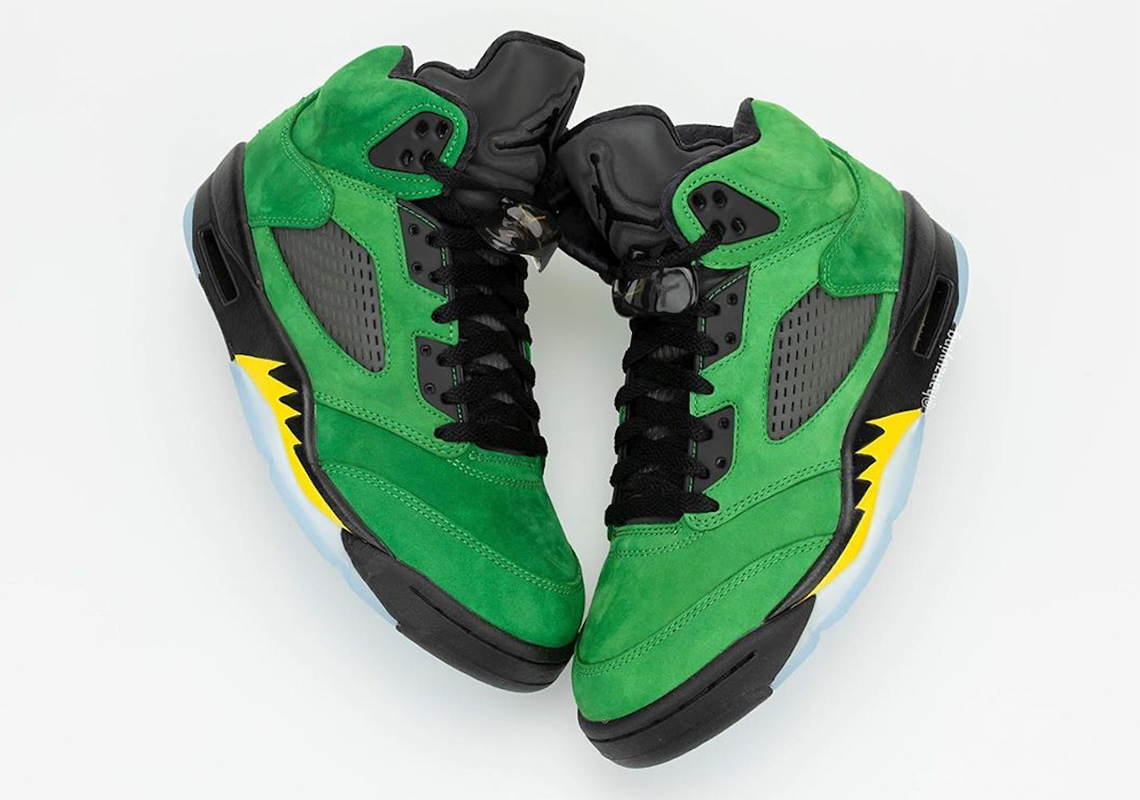 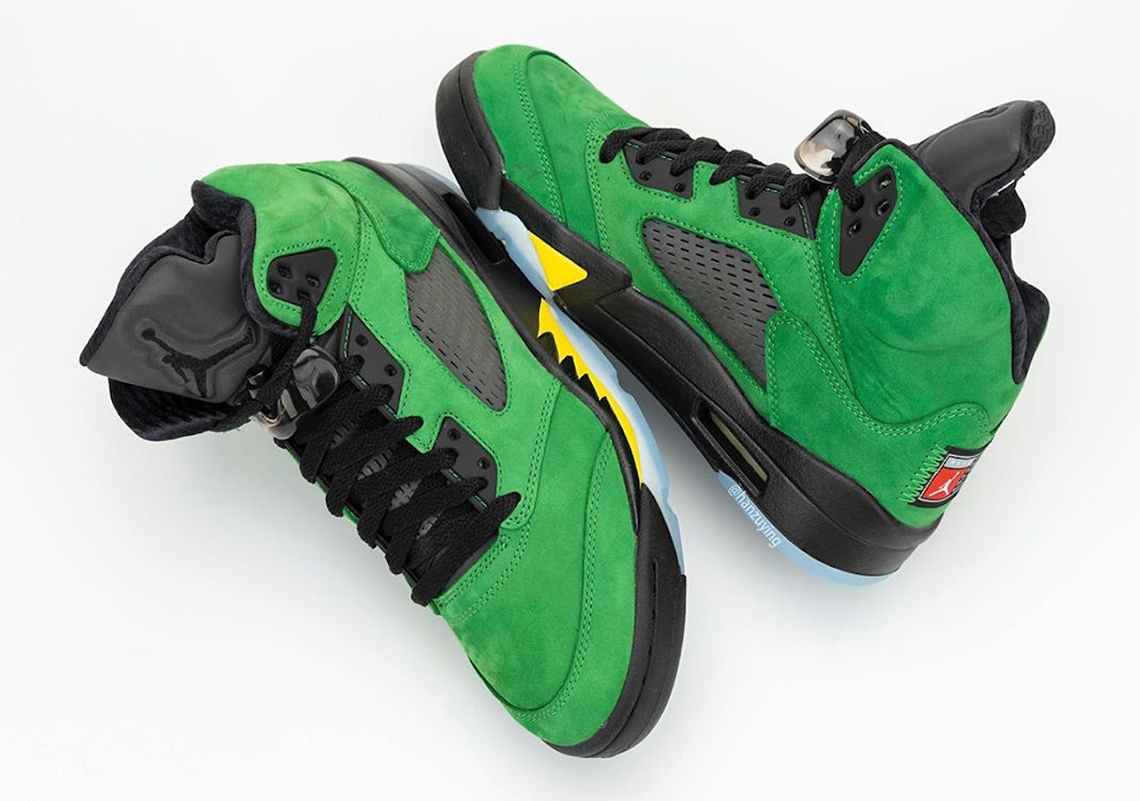 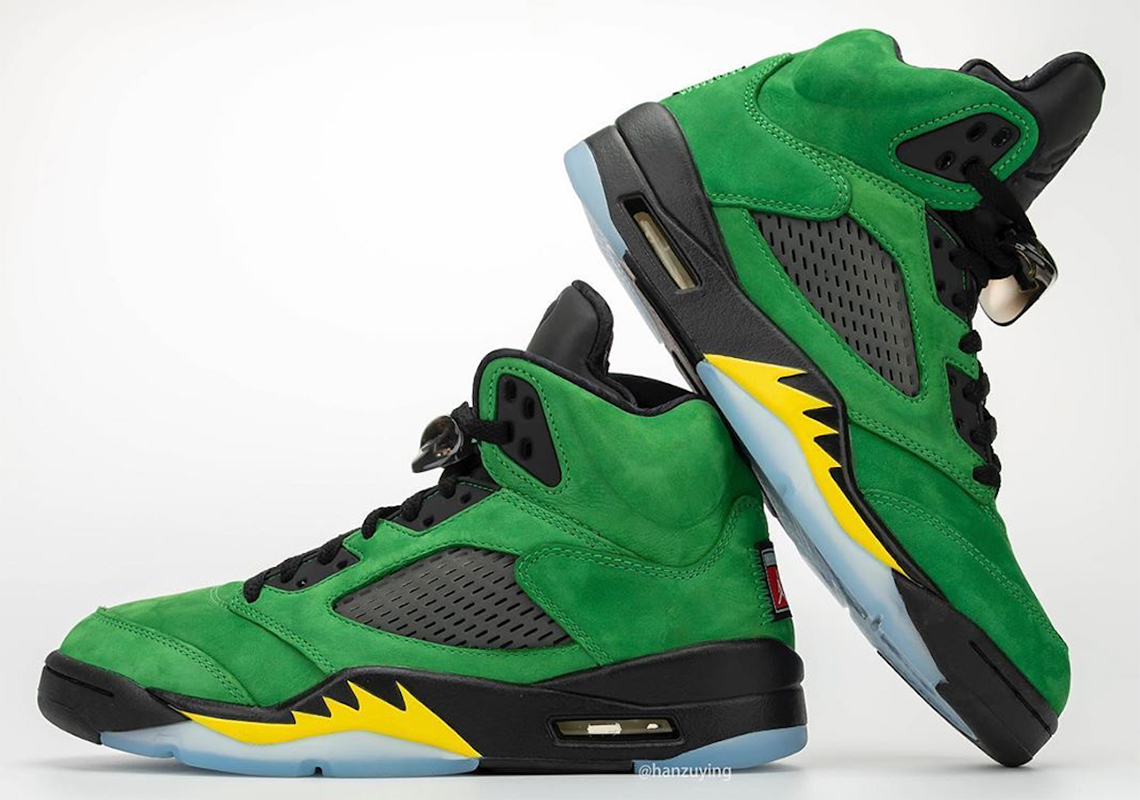 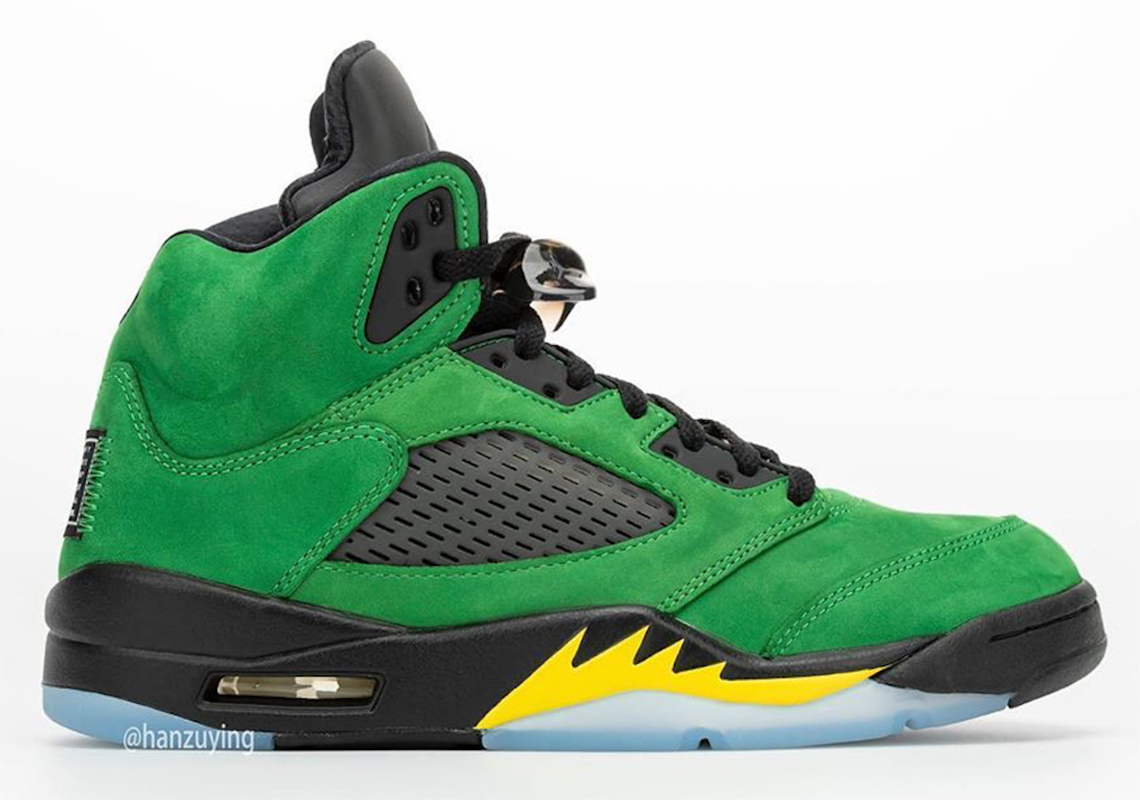 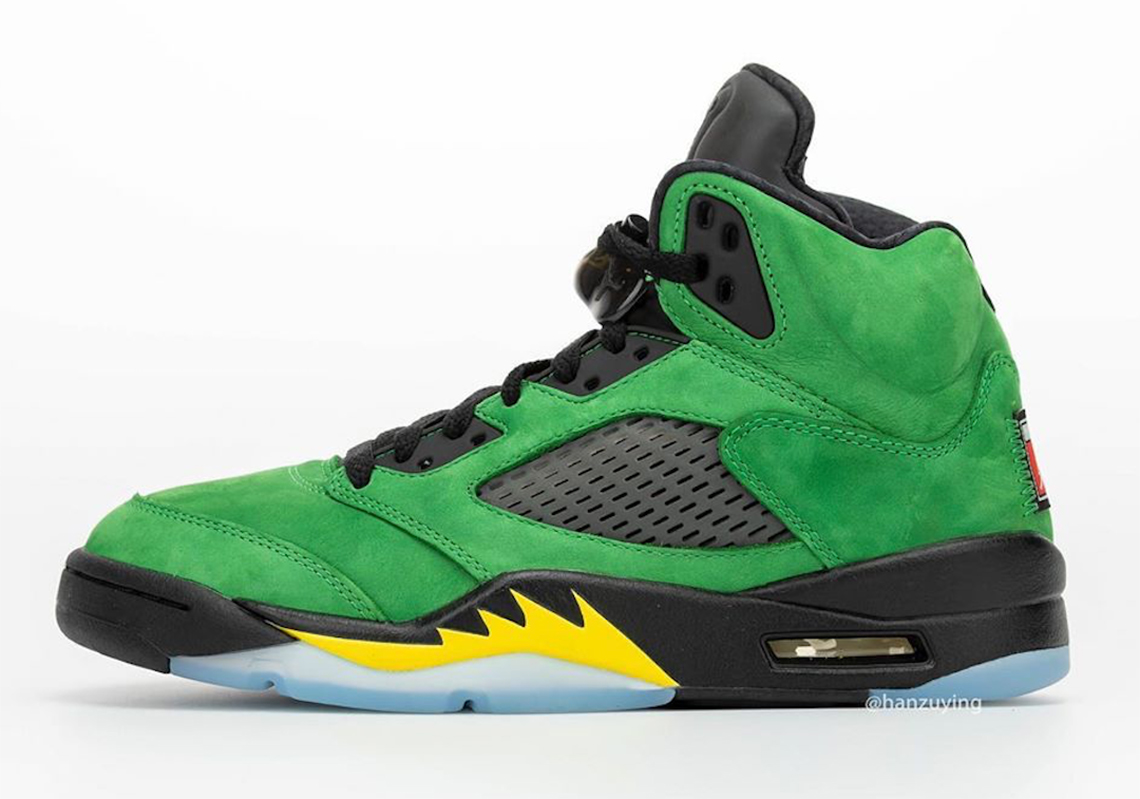 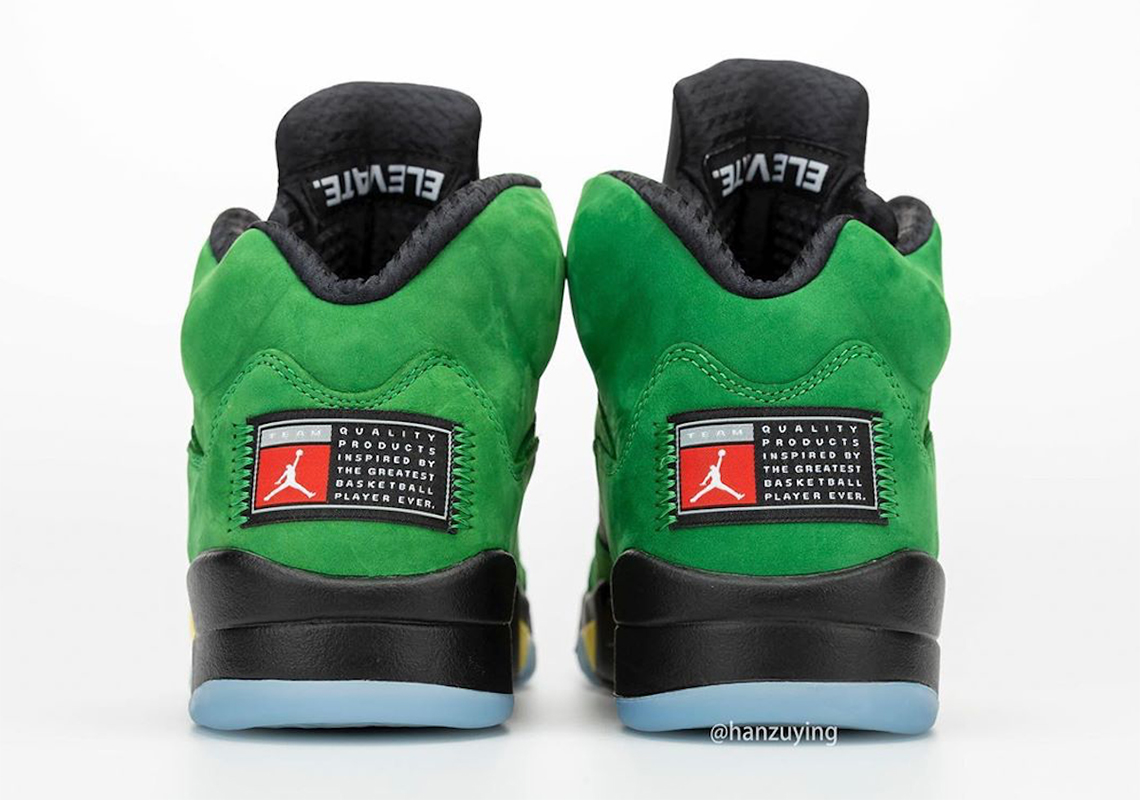 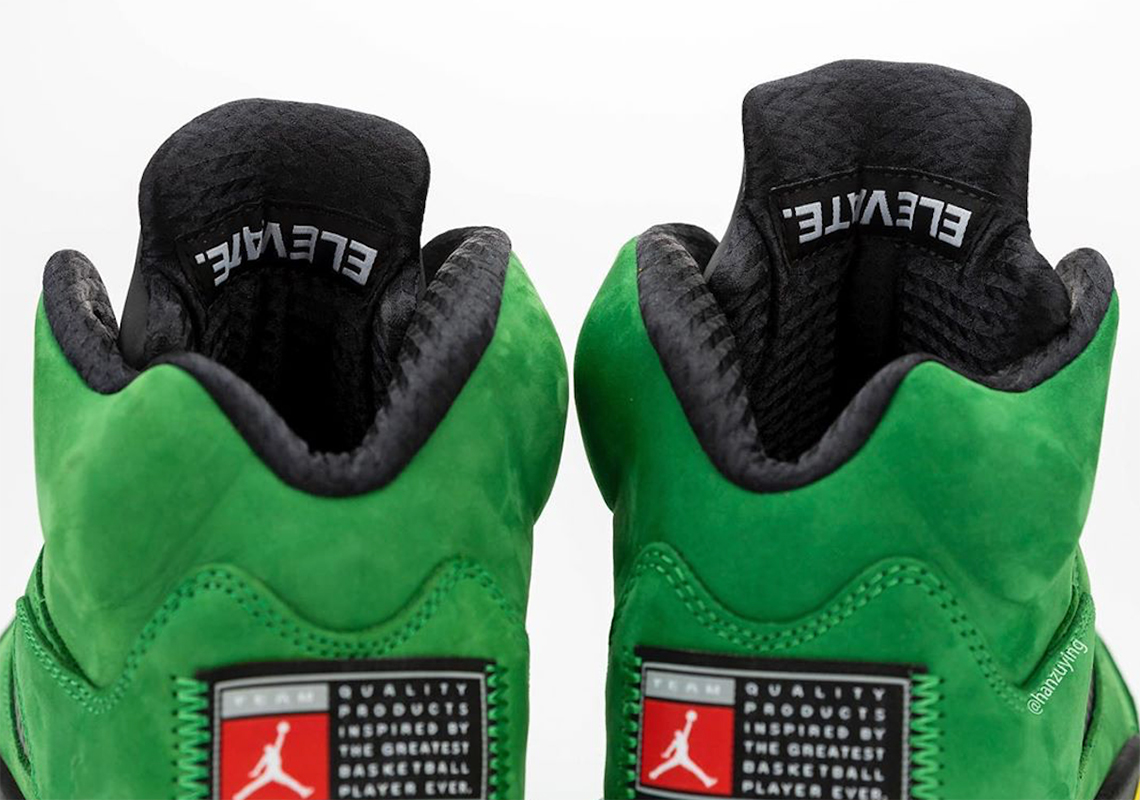 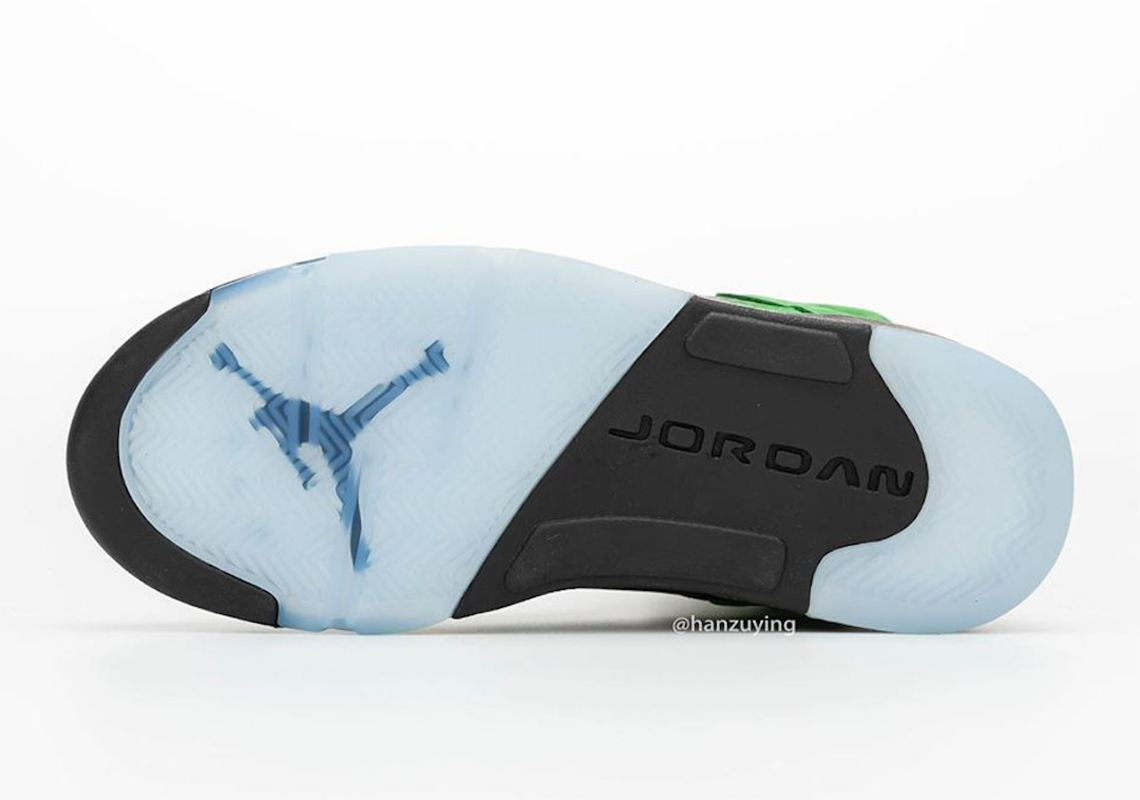