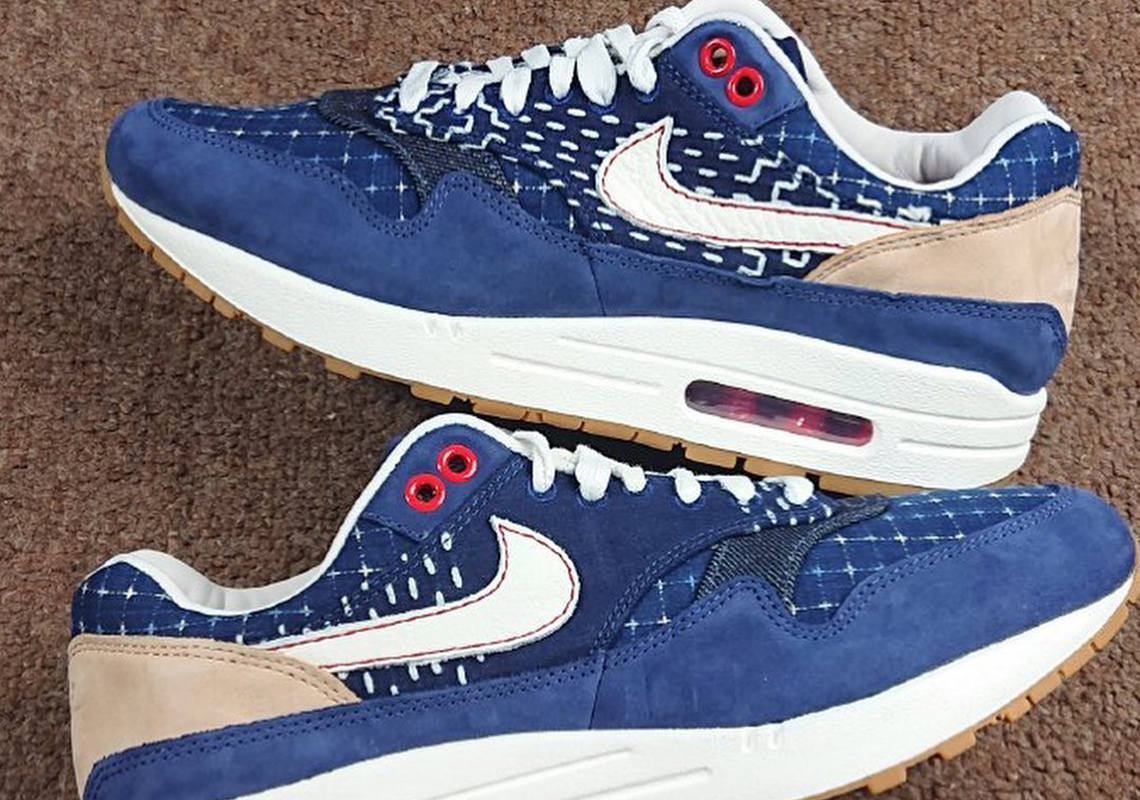 After a few partnerships with American institution Levi’s and jean purveyor 3X1, Nike is traveling international for their next indigo-tinged collaboration, tasking the Dutch label Denham for a mended Air Max 1. And while their expertise lies in denim wholeheartedly, the imprint is ushering in some Eastern influence as the upper runs replete with a traditional technique known as Boro stitch. The wide threads mark nearly all of the upper save for the suede mudguards, accenting in white atop a backdrop of saturated blues. Vertical or horizontal depending on the panel, the repairs abruptly blend into the patterns of the toe box and ankle, a Shibori-inspired treatment that seemingly mimics a ripstop grid. Heel tabs and tongue patches then finish the upper with natural tan leathers, while scissors and Denham branding mark the insole and lining, respectively. Though there’s no word on an official release, sneaker insiders are reporting a small launch of only 6800 pairs. Stay tuned for release dates and official imagery.

In other news, the University Red Dunk Low has been delayed in the US. 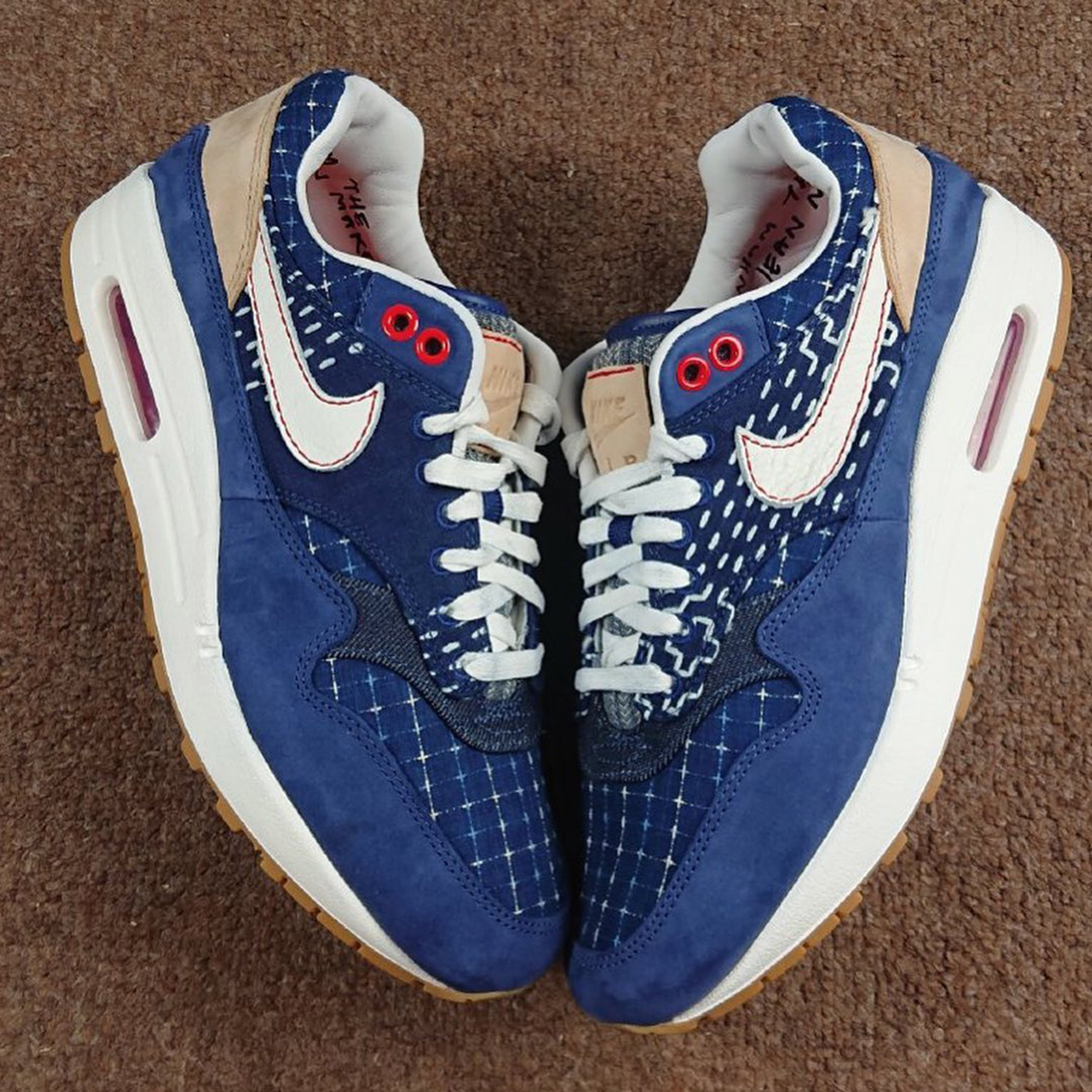 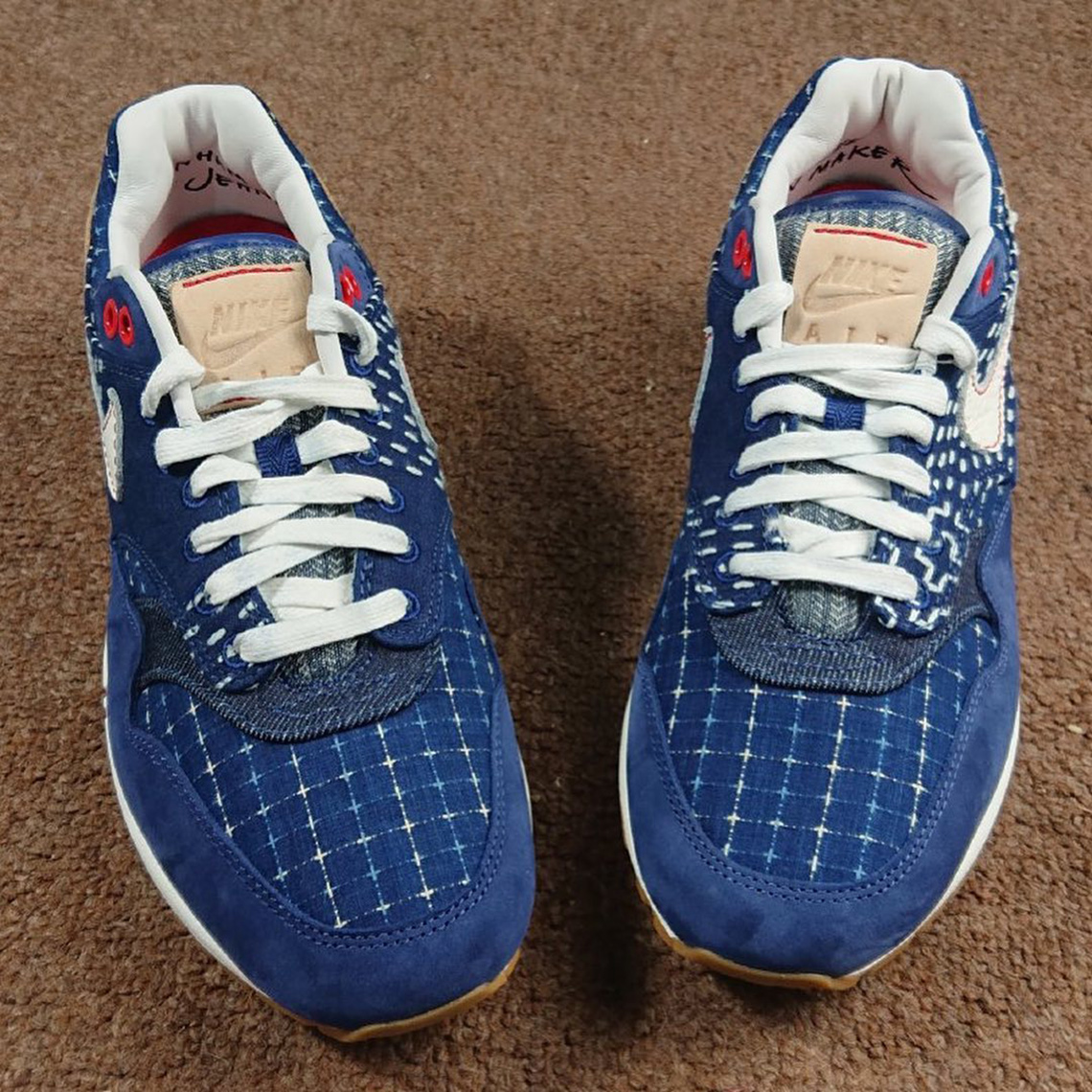 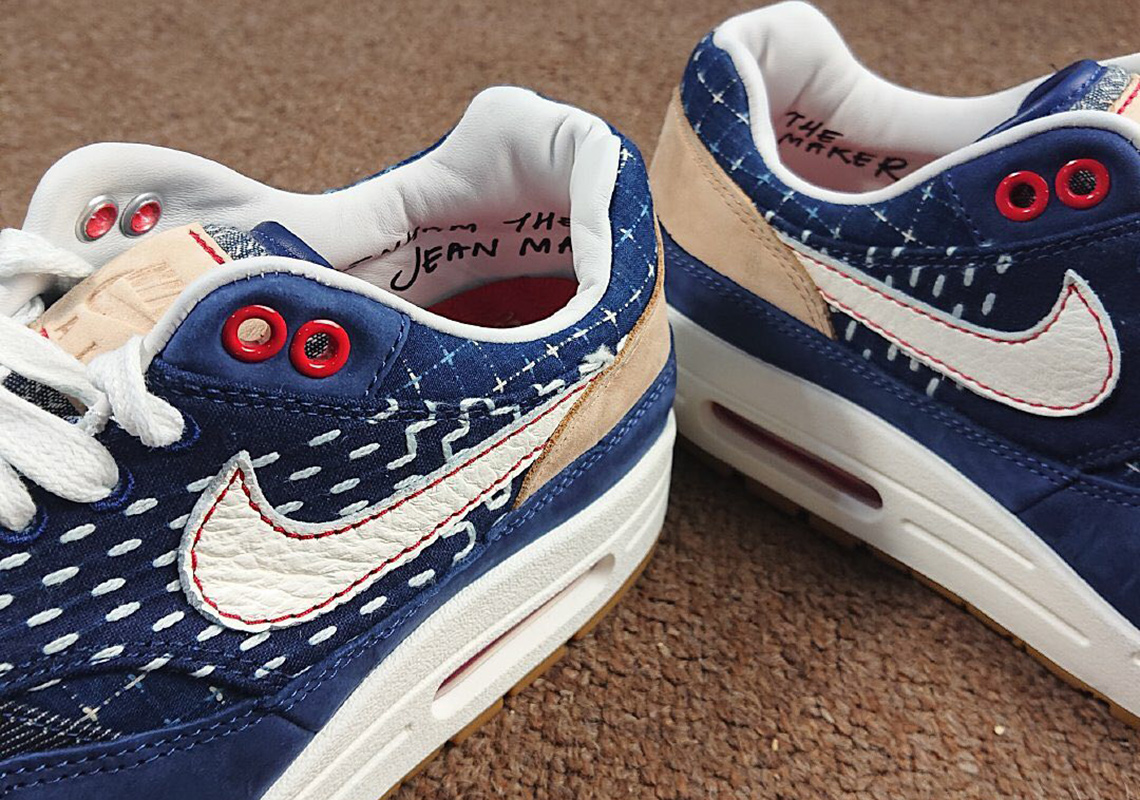 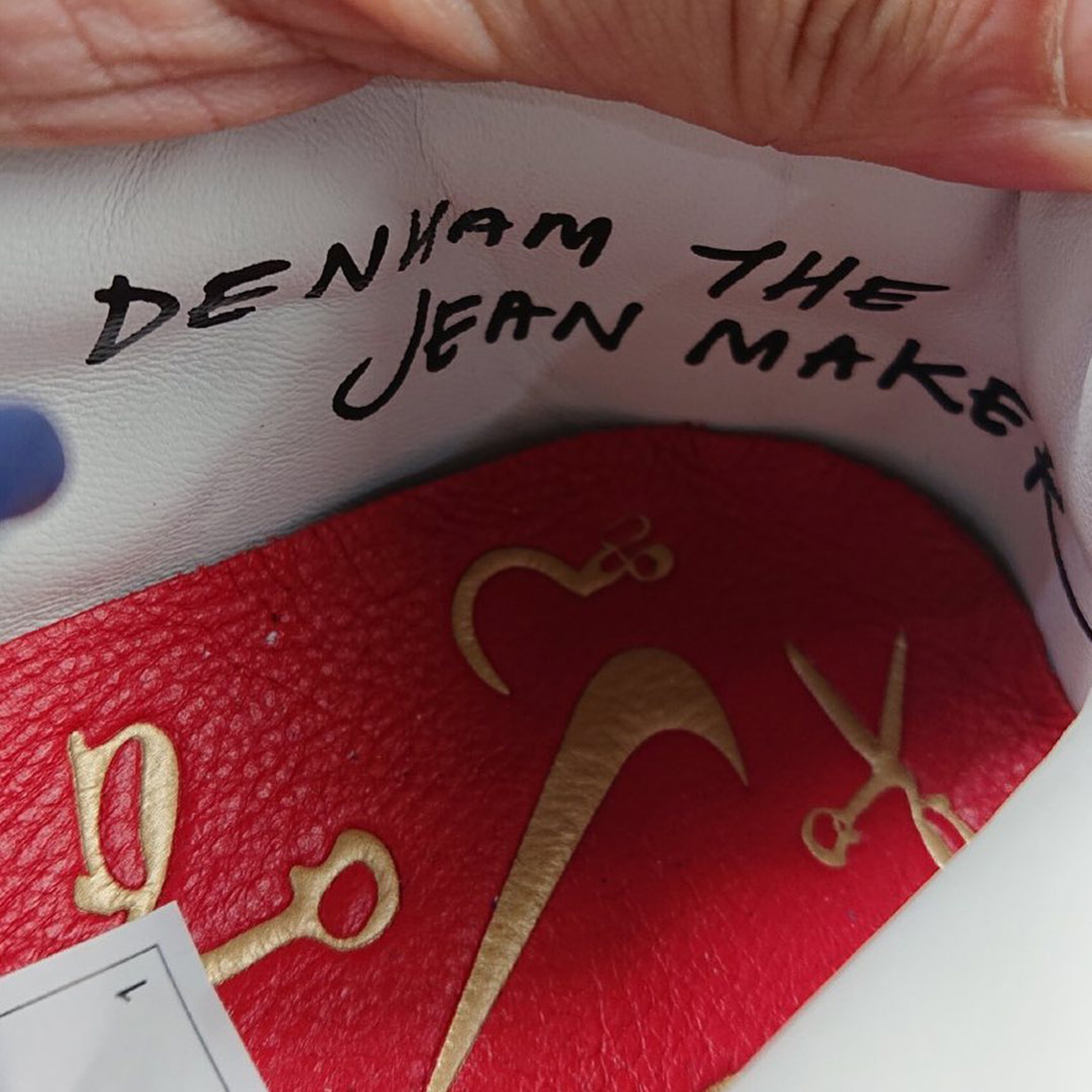