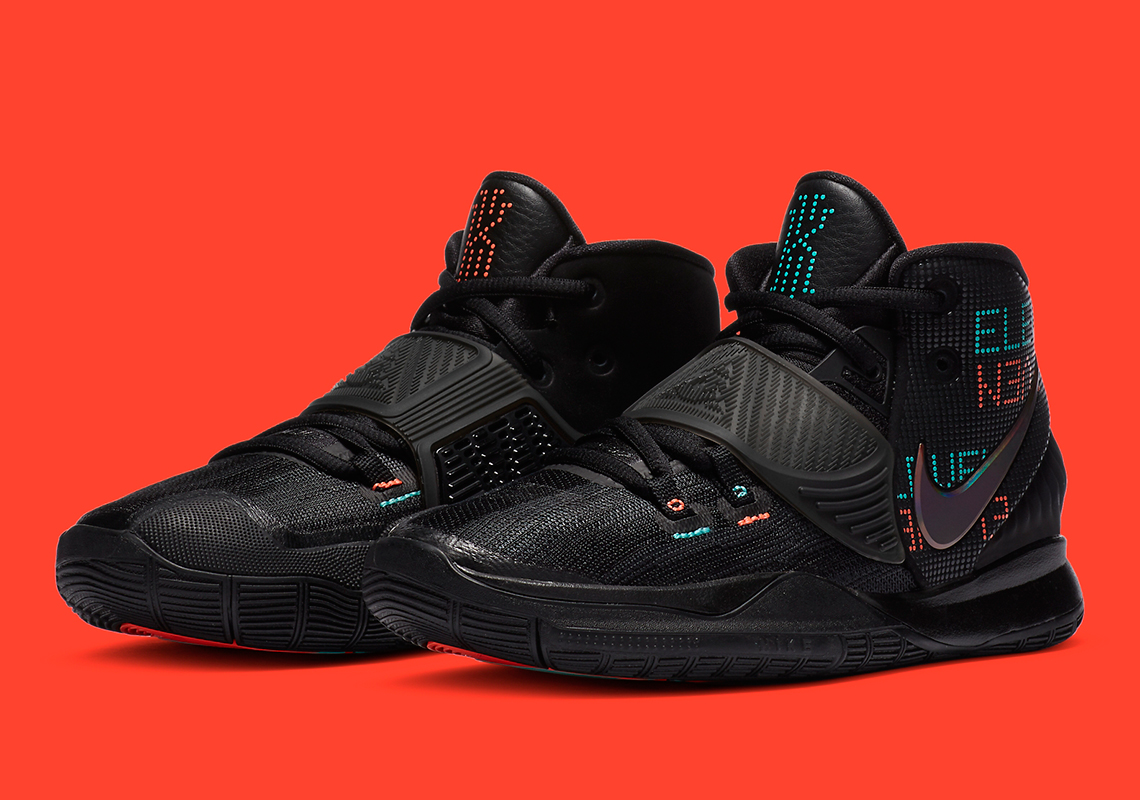 Just reflected by the numerous amounts of colorways that it has presented this year, the Kyrie 6 is certainly one of, if not, the most active silhouette currently involved within the Nike Basketball signature family. Never one to shy away from themed renditions, the hoops model has been exploring an array of captivating updates lately including purple camo patterns dedicated to his older sister Asia, pool floatie colors for the kids, as well as tribal graphics correlating to the Swoosh’s traditional N7 collection. Wasting no time in revealing more of the new, Irving’s kicks are slipping in one more GR colorway into its lineage this year; one that features interesting elements comparable to the NBA’s shot clock.

Since most of the shoe is cloaked in matte black, it’s the colored accents that purloin most of the attention here. The rear panels which have been materialized with dotted textures feature digital-esque text hits that spell out “Eleven” as a nod to the Brooklyn Nets point guard’s jersey number. In likeness to the forefoot stitching and tongue logos, each alternates between vibrant orange-red and blue tones. Additionally, the lateral/medial Swooshes mismatch in appearances as the former is given a metallic and iridescent finish, while latter deviates with a dotted silhouette. Men’s and grade school sizes are expected to drop on Nike.com and through select stockists soon, so stay tuned as we receive confirmation of their official release date.

If you prefer a much louder colorway of this shoe, here’s an official look at the upcoming Kyrie 6 N7. 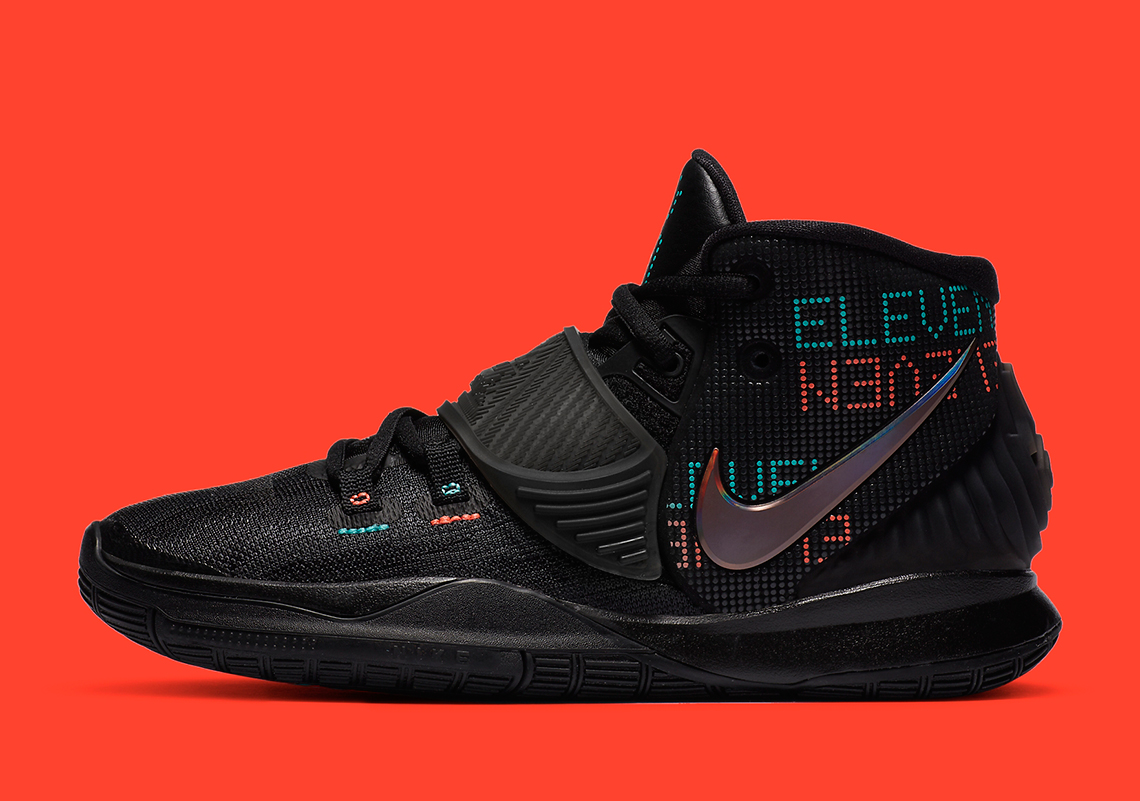 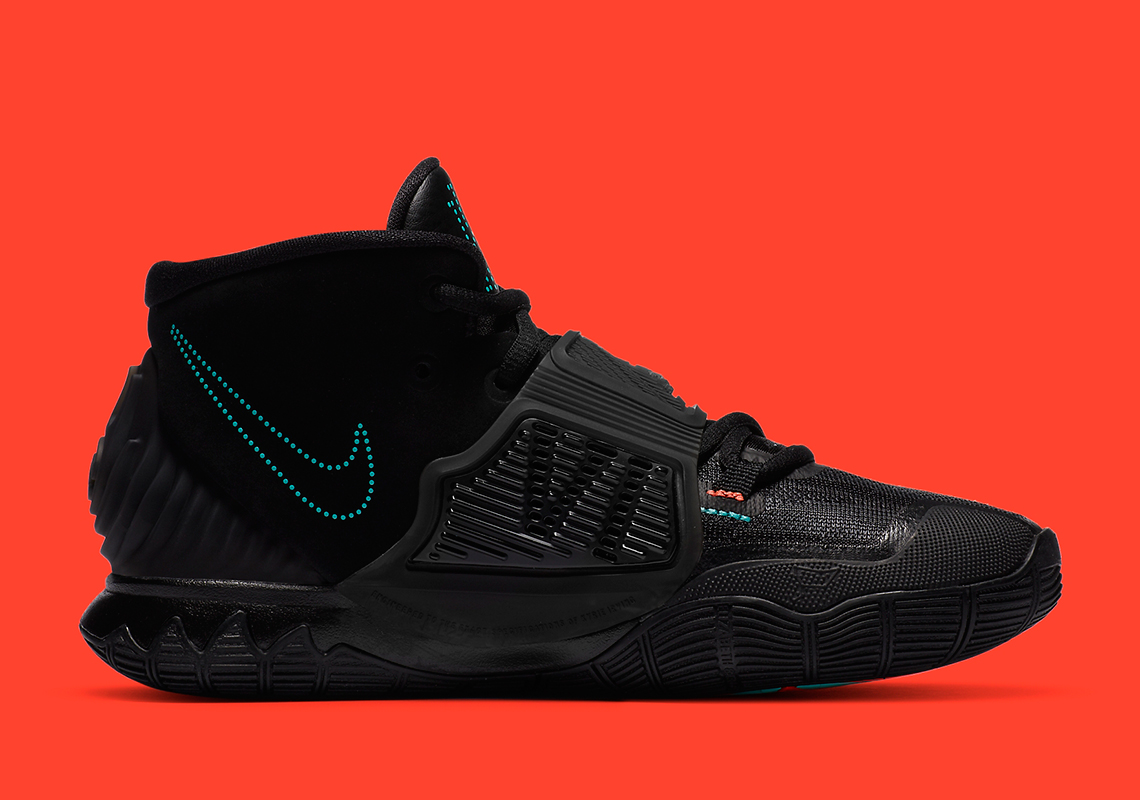 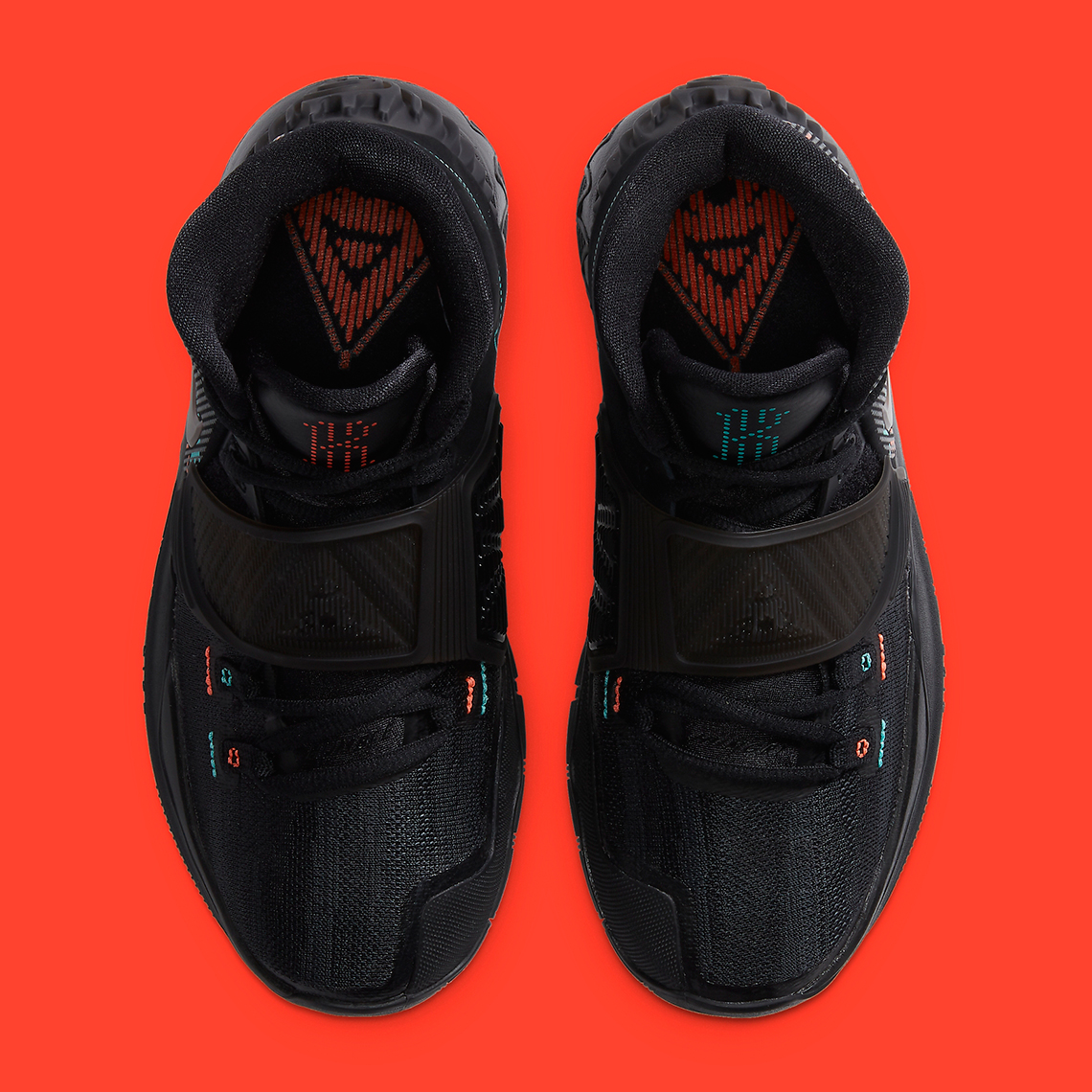 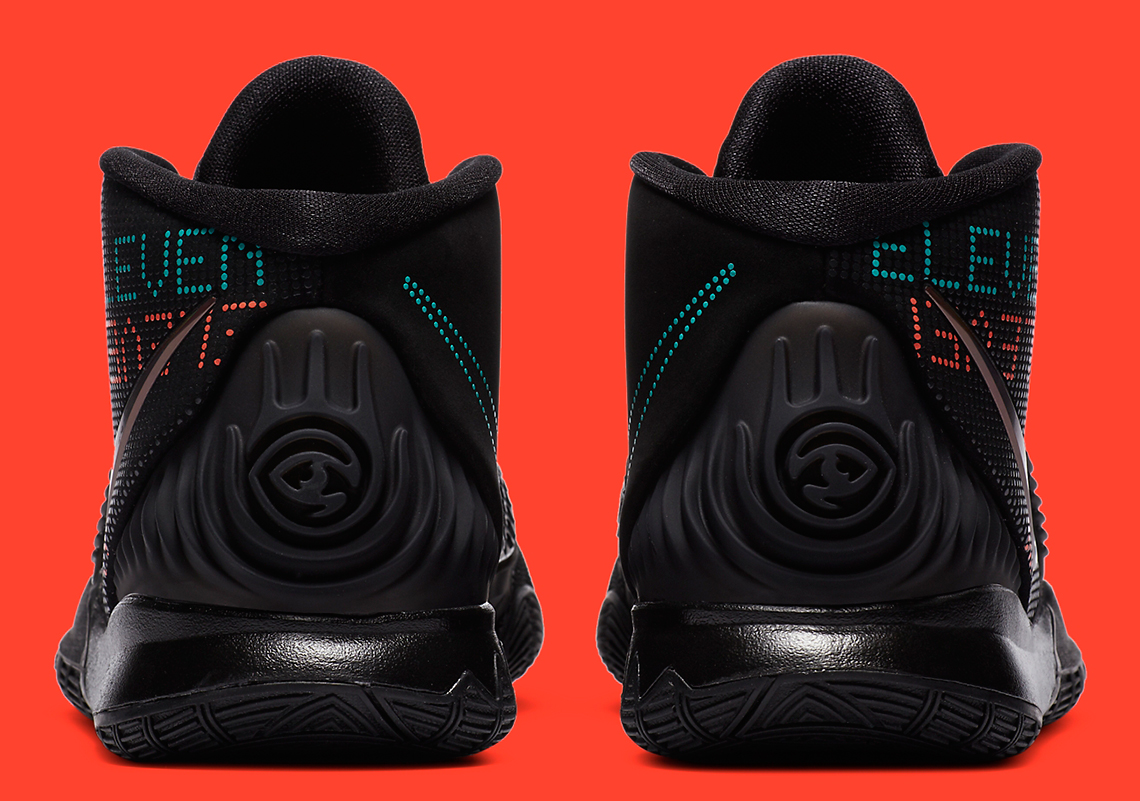 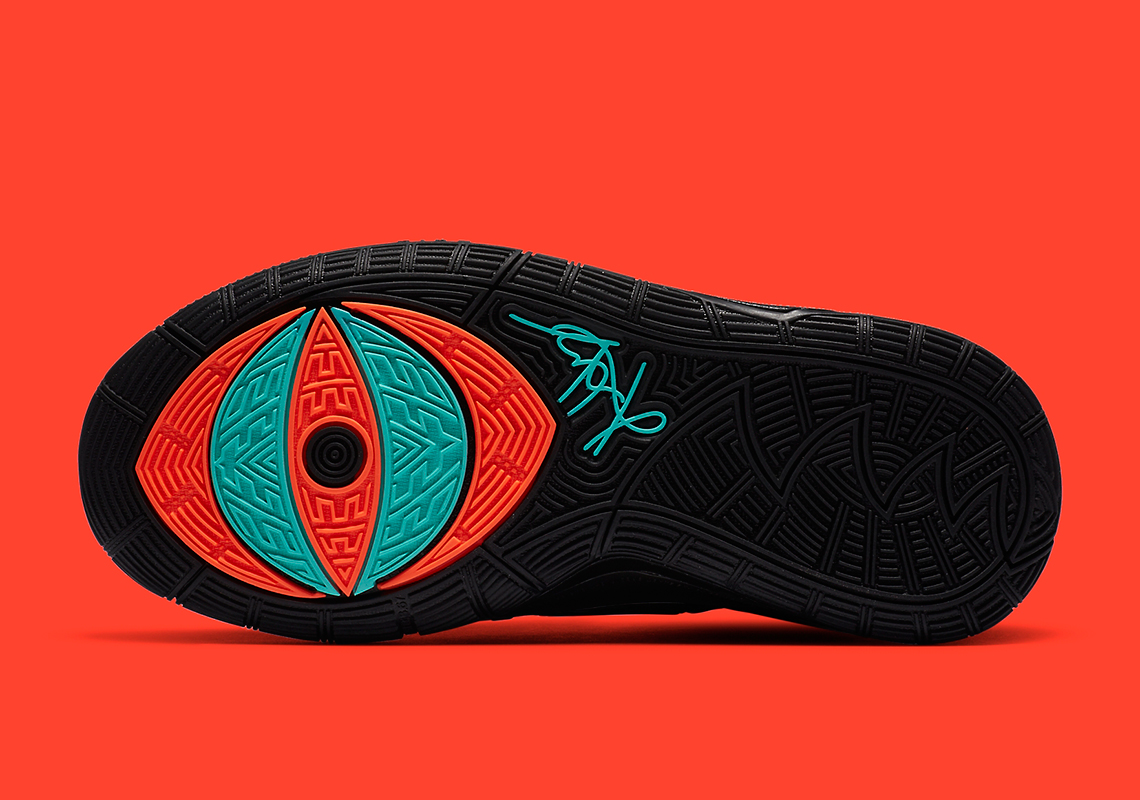 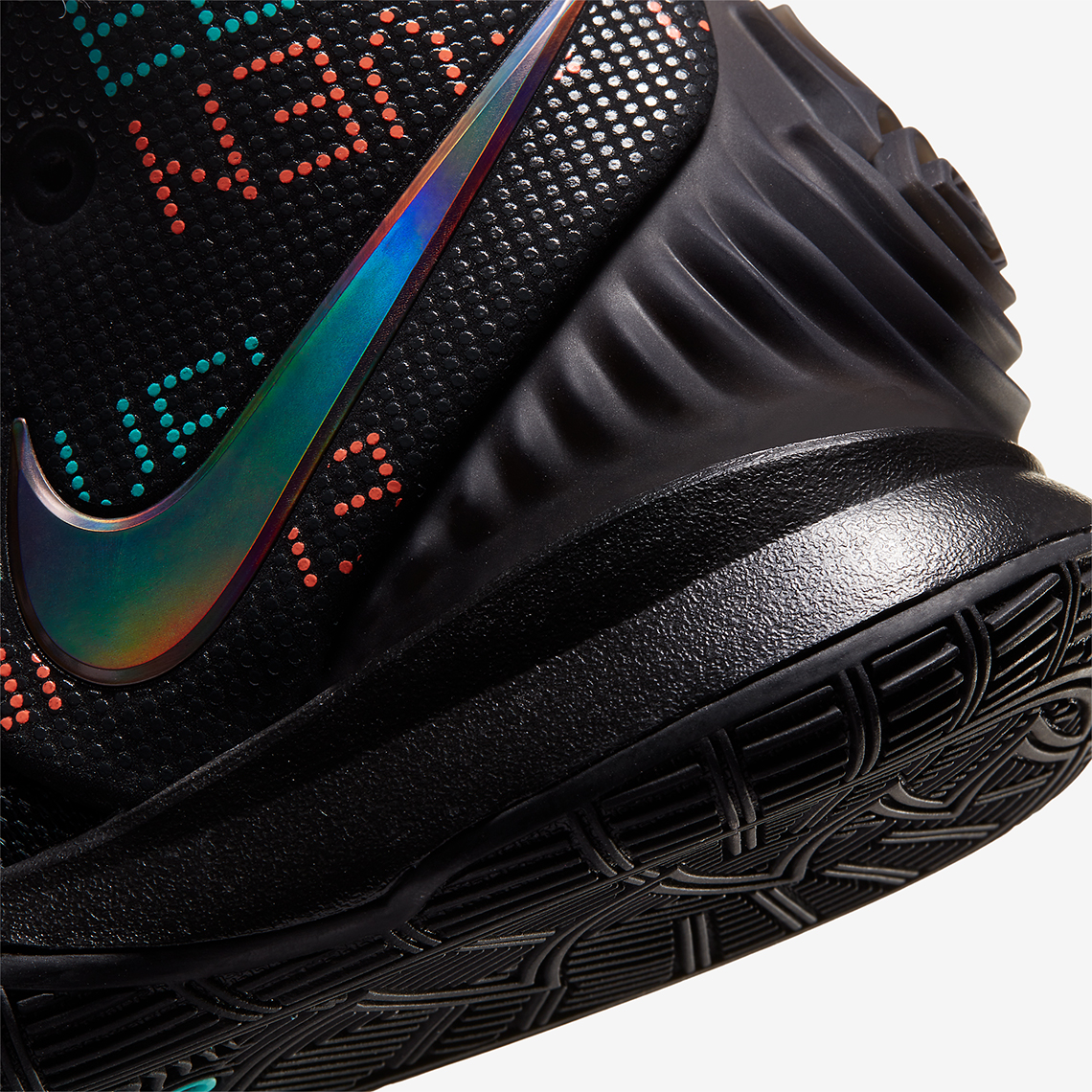 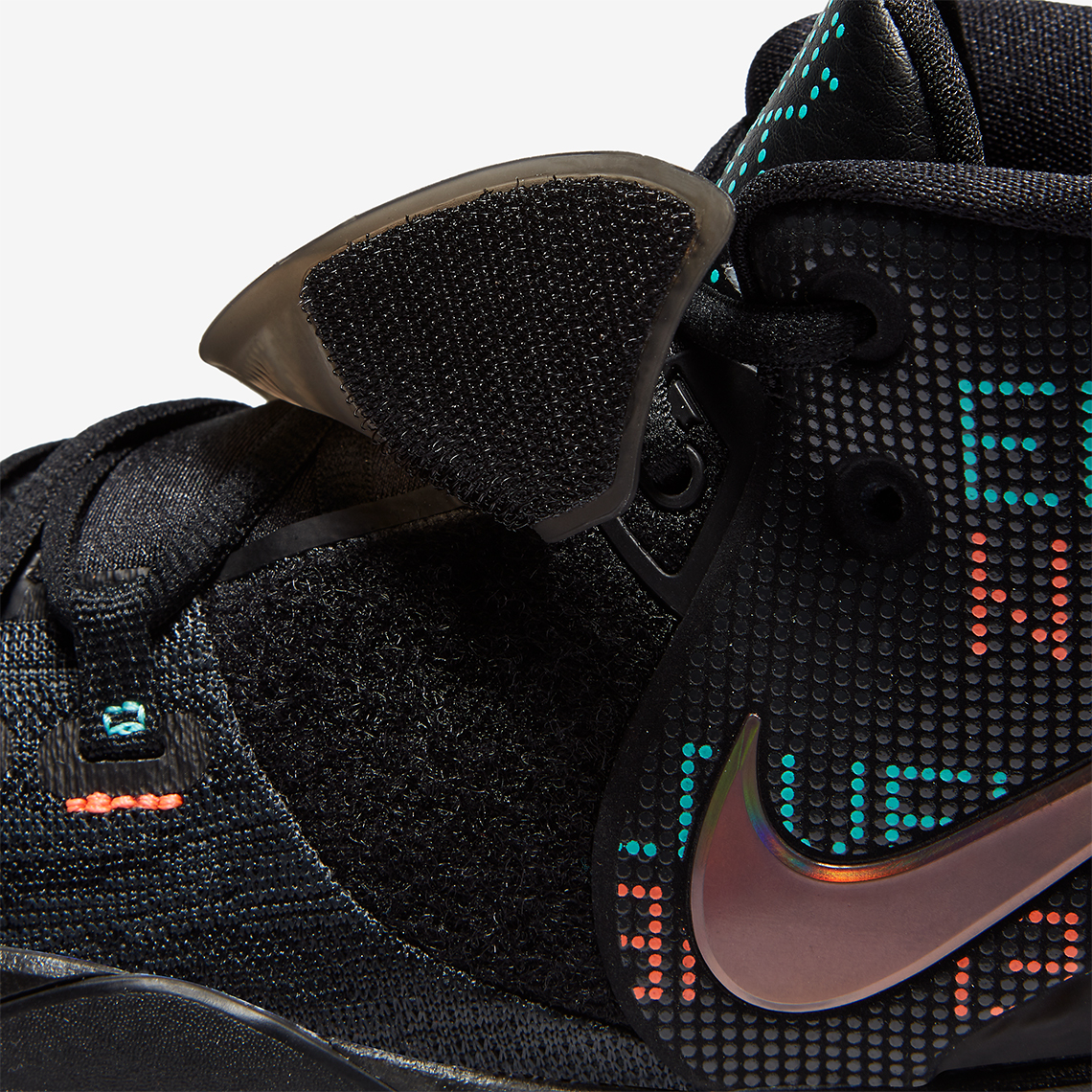 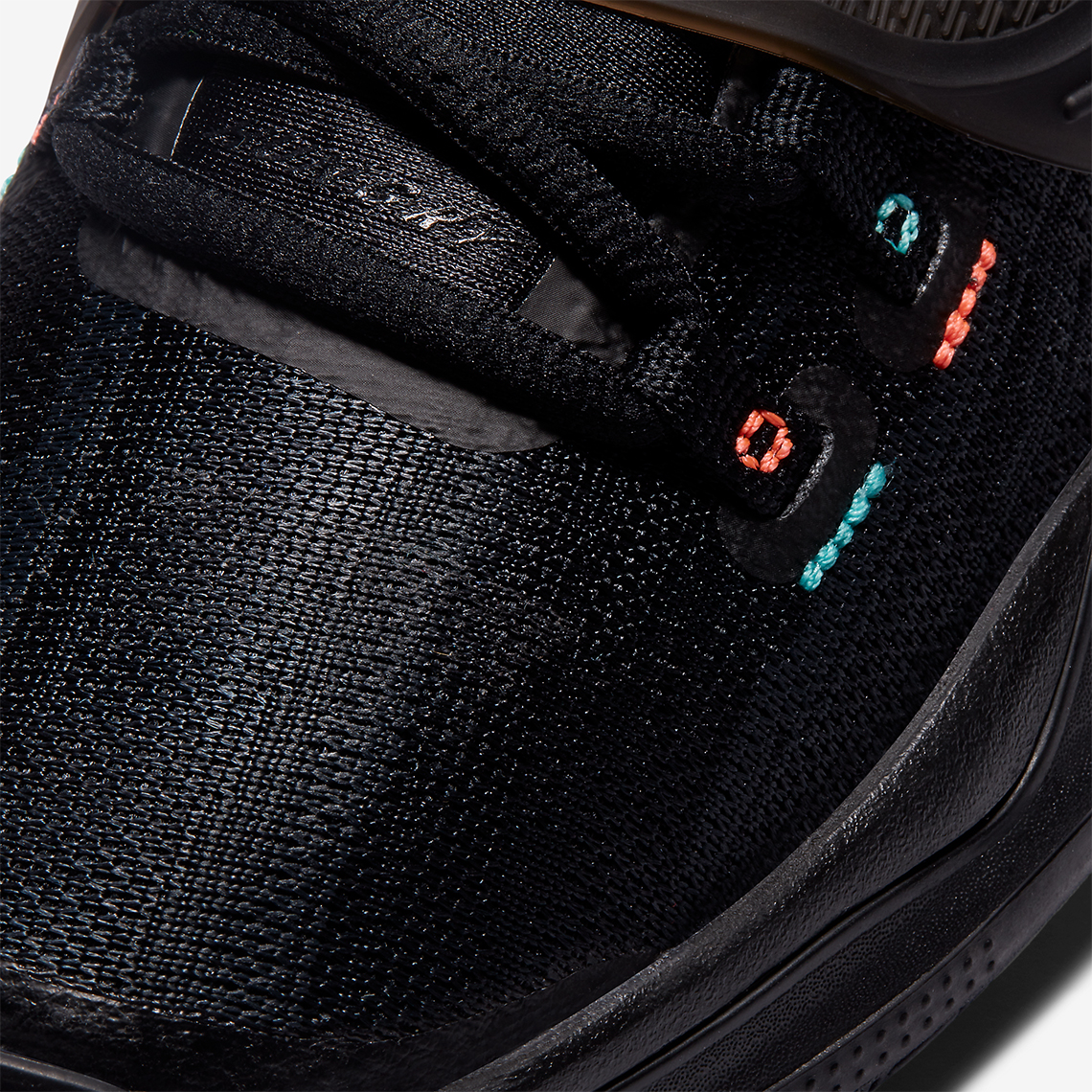