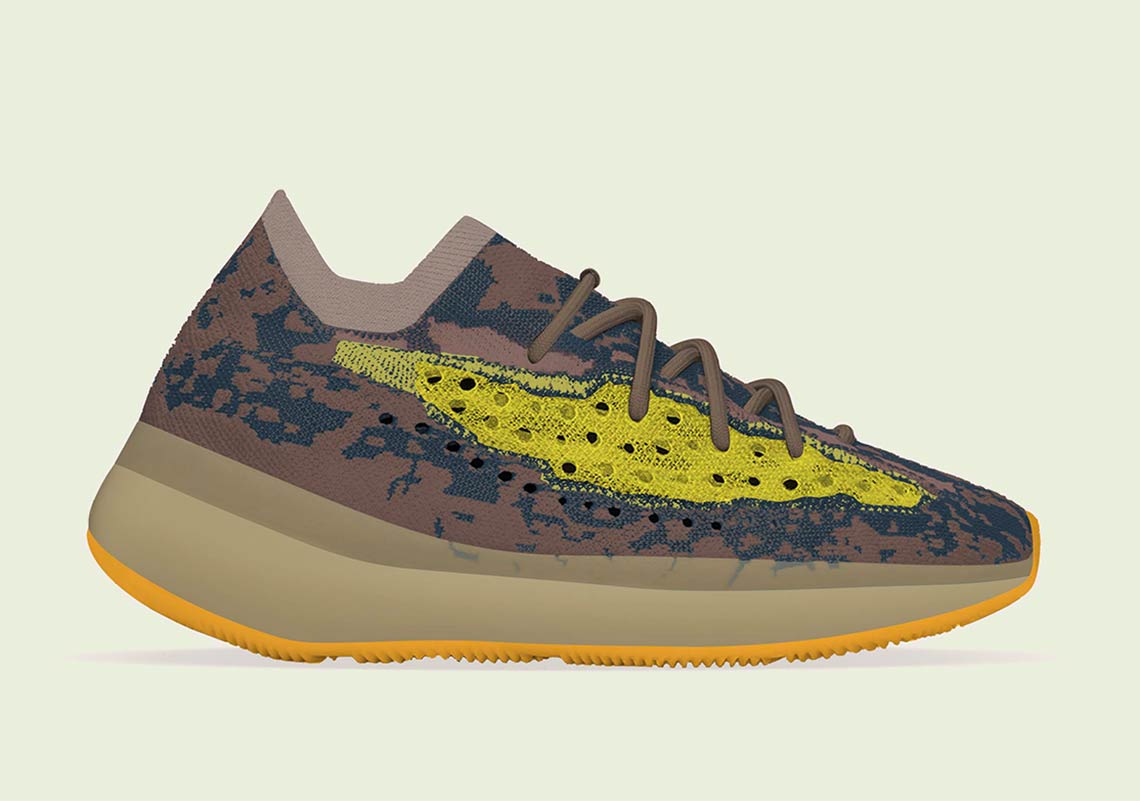 After a brief though necessary hiatus, adidas Yeezy is picking up the pace with its releases and leaks. The Yeezy Quantum Barium, while only a rumor weeks prior, is already prepared to launch officially this week, and likely not too long thereafter, we’ll be seeing much more from the Yeezy Boost 380 including the newly unveiled “LMNTE” colorway. Not too dissimilar to the 380 Azure in color blocking, the pair surrounds a block of neon hues with the typical palette of earth tones. As such, an arrangement of browns flood the Primeknit at nearly all points while the tooling and ankle elastic aim to match through a lighter tan shading. The synthetic that rests along the side in lieu of the 350 v2’s mesh is then given an extremely loud coat of yellow in complement to the bottom’s mustard finish. Grab a speculative look at these right here and expect to see a release later this Fall at a price tag of $230 USD.

In other news, a Pink Tint UltraBoost releases next month.