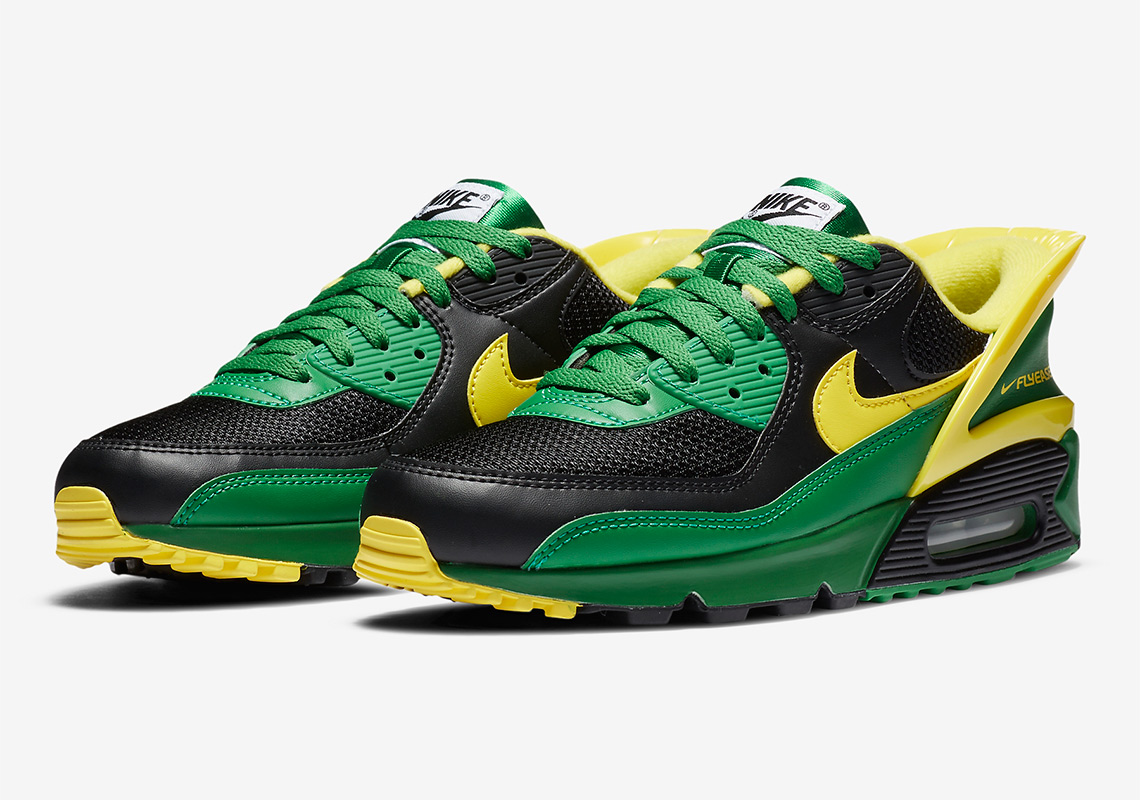 Rather than only celebrate its 30th anniversary with more colorways of its original silhouette, the Nike Air Max 90 added a new component to its family at the top of the year with the birth of its FlyEase variation. Since its inception, the sportswear-turned-easy-entry silhouette has kept its reveals until this point in the year on the lower quantity side, but that looks to soon change as it has just revealed a new forthcoming offering.

Although mainly comprised with a stark black composition, these Air Maxes rely on classic “Oregon” colors to guide its design. Duck-inspired hits land upon its upper and split between its throat/mudguards, as well as its lipped out heel counter/Swooshes. The former is doused with with green tones, while the latter color-blocks in bright yellow. The sole pieces down below continue the themes of the Eugene-based university by pairing the forest-y green midsoles paired with vibrant toe tips. See more photos here below, and be on the lookout for these to drop quietly on Nike.com and at select retailers in the coming weeks for $120.

For other news, here’s a closer look at the Nike KD 13 Oreo. 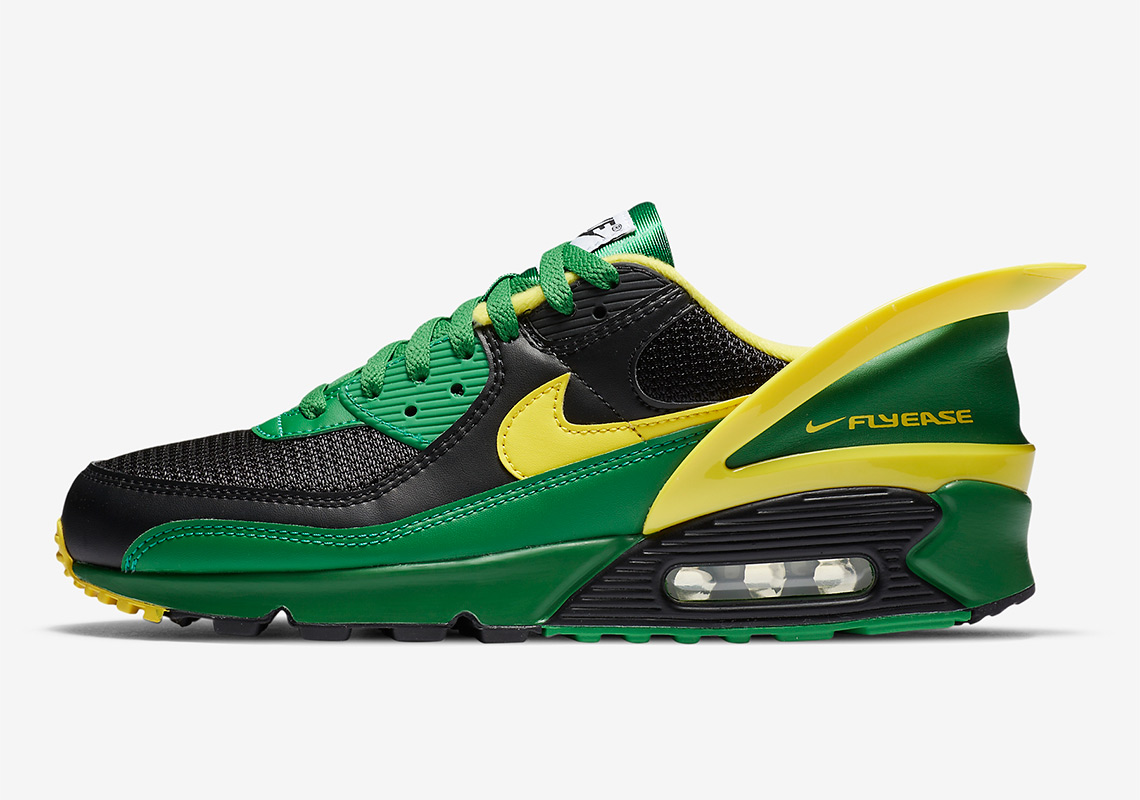 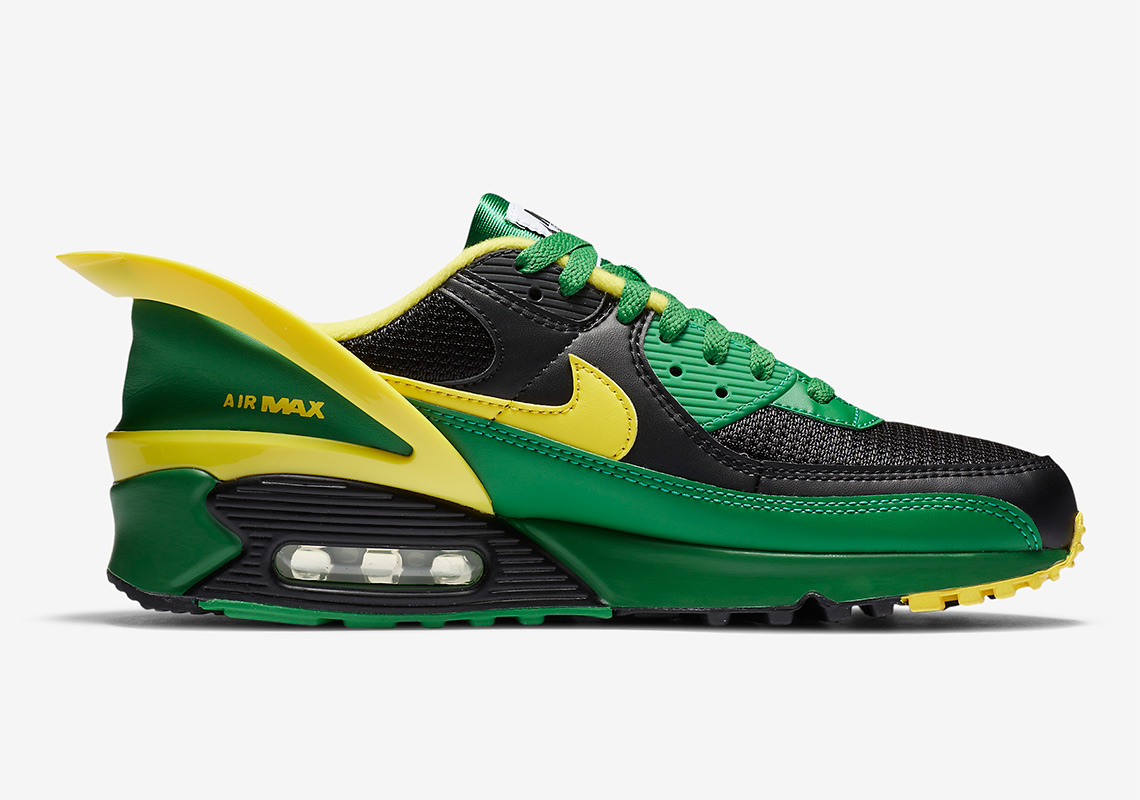 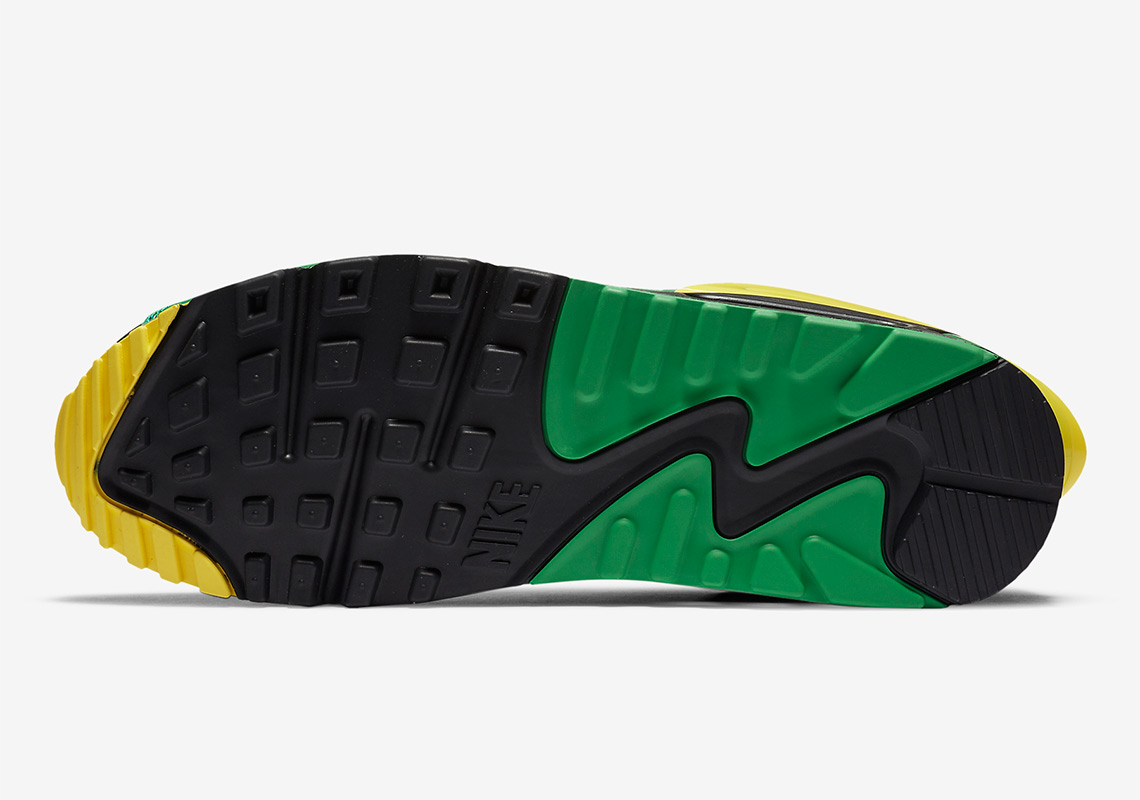 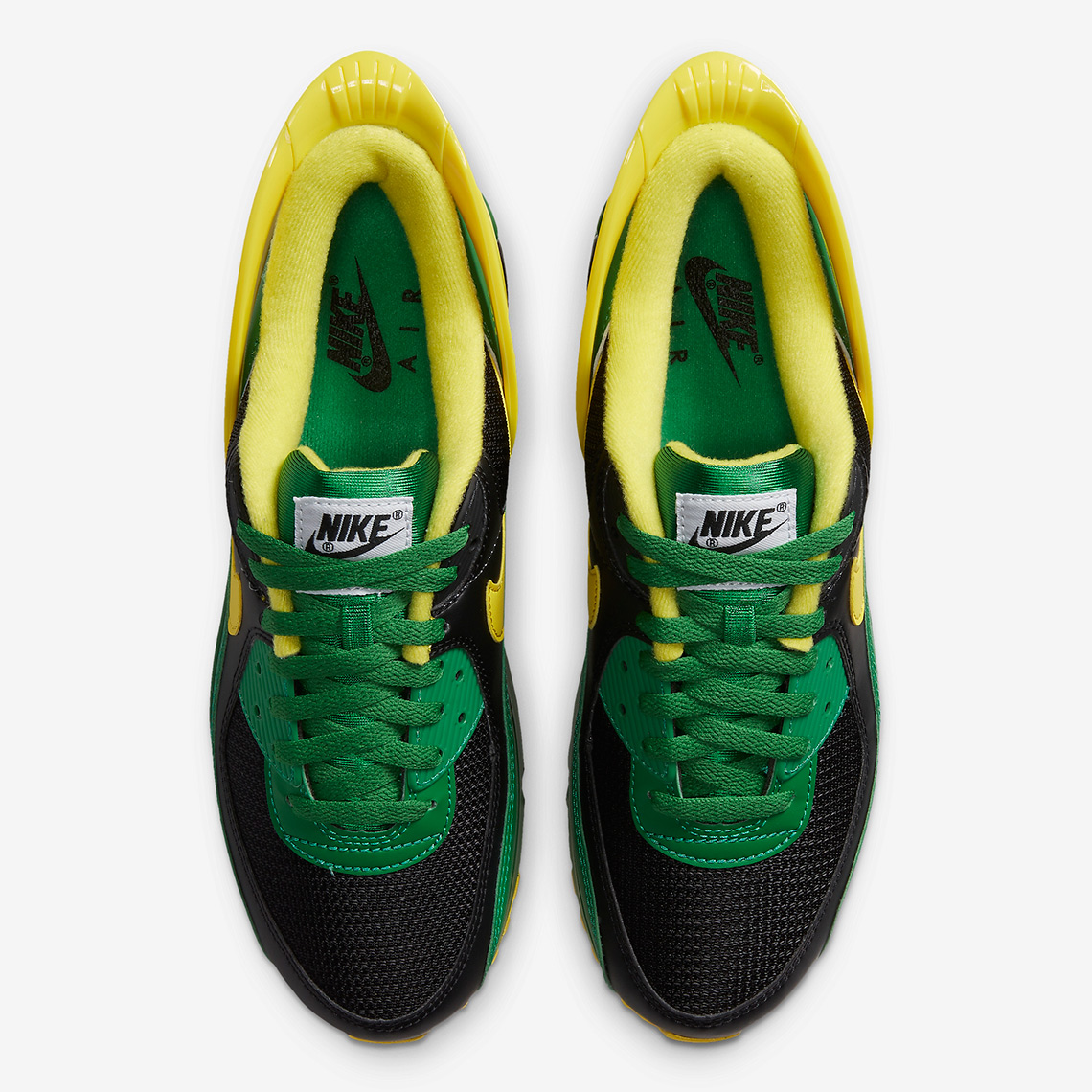 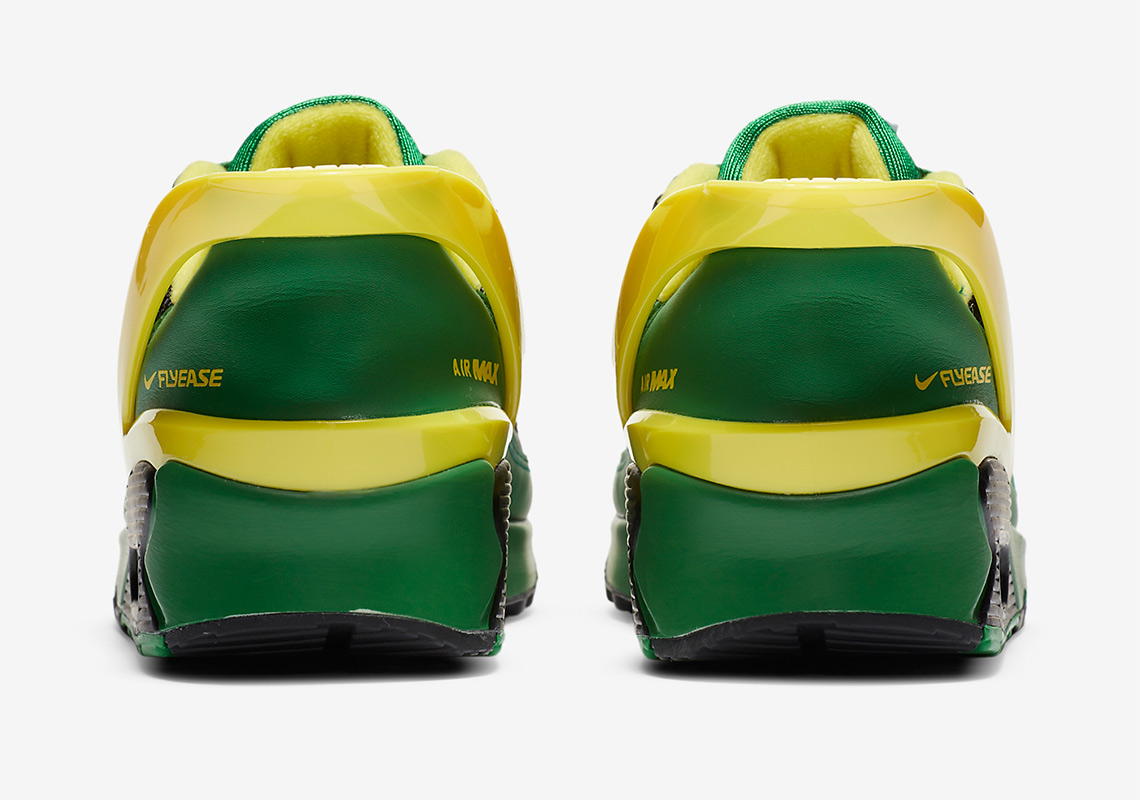